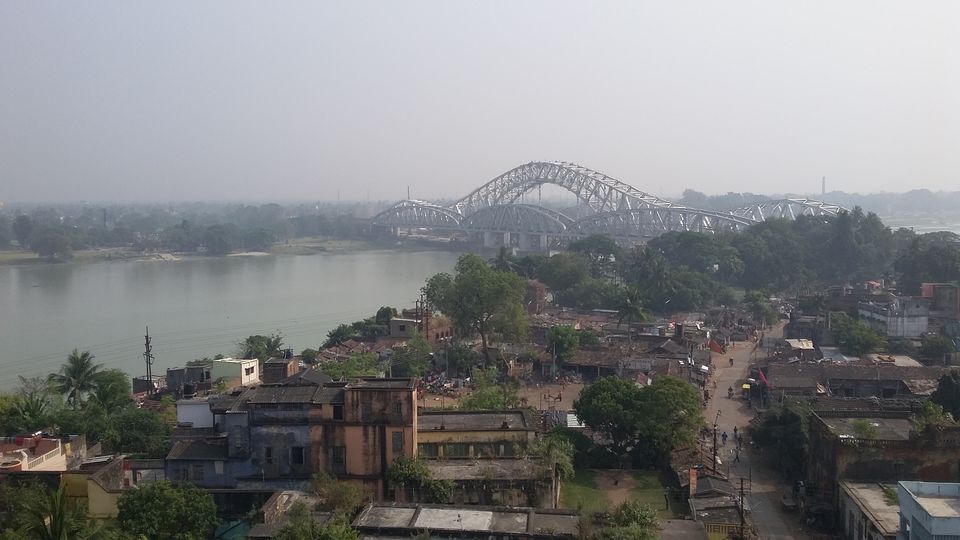 It is the final year of college and next year every friend will either join some job or be busy with their respective careers and higher studies. Hence a plans of hanging out together or going for trips are very much in demand. It is a known fact that plans which are planned over a long time end up not being implemented.Some problem will always crop in and the plans will get cancelled.Hence me and some of my closest friends decided to embark on small trip to some places nearby of historical importance.We were bit skeptical initially about the plan because it would mean waking up early in these chilly winters and no one wants to put in this much effort in vacations. However, we finally went forth with this plan and it was a trip to remember.

I never knew so much about these places in detail and all my knowledge about them were from what I had heard from various people. West Bengal is definitely one of the states which has a lot of historical and cultural significance.It is astounding to know that name any form of architecture-say Danish,Dutch, French ,British, Mughal, Islamic etc, you will get it all here in this state. There is this tributary of  The river Ganga called Hooghly which passes through the districts of Hooghly and Howrah and ends up in the sea near Sunderbans which is one of the many reasons why so many different people from various countries have found this region attractive and have built their civilizations around it. We visited places like Pundooah, Bandel, Chandannagore and Chinsurah. While Bandel has a Portuguese Church and an Imambara, Chinsurah has structures built by erstwhile Dutch rulers who stayed there, Chandannagore was the erstwhile French capital and has French architectural wonders along the Ganges and finally Pundooah has ruins of an ancient mosque and a minar. Here are details of all the places:-

Pundooah is located in the Hooghly district of West Bengal and is accessible by road and rail. The Pundooah station falls between the Bardhamman(Burdwan)-Howrah main line route and can be easily reached by it. Journey from Howrah to Pundooah would take around 1.5 hours and the journey from Pundooah to Burdwan is around an hour more.No one knows much about this place but it has beautiful architectural relics. It has ruins of an ancient mosque and a minar or tower. The complex housing these two things can be reached by a share auto for the station for a minimum fare of Rs.10. History says that in 1340 the King of Pundooah, Panduraja was defeated by Shah Sufi, nephew of Feroze Shah, the ruler of Delhi. It is said that the minar or the tower here was contructed by Shah Sufi as a symbol of victory for Panduraja.Another legend says the minar was actually the highest part of a Vishnu temple of  Panduraja and was plundered and demolished by the Muslim invaders.Another legend says that one of these Muslim families sacrificed a cow on the occasion of their son’s birthday.The king came to know this,got angry and killed the son.The father caried the corpse of this son to Feroz Shah’s court in Delhi demanding justice.Soon Feroz Shah sent forces under the leadership of his nephew Sufi Shah to Pundooah. Surprisingly the forces of the Pundooah king were sufficient to take over this huge army of their opponents. Soon word spent that the palace of Panduraja has a pond that had magical powers of bringing back the dead people to life. Sufi Shah effectively bribed one of the king’s men and made him poison this water of the pond.The pond lost its powers and the king was defeated. Unable to bear this,he and his family members committed suicide by drowning themselves in the Ganges.

Now coming back to the description of these places. The minar is around 38 meters long and it was taller than this previously until an earthquake happened and its height got reduced to its present form.It has a 161 step staircase guiding to the top and even has underground passages leading to various places. However entry is now restricted.The ancient mosque has twenty four doors,21 in the front and 3 on the sides and was believed to have 63 domes previously which rested on brick arches resting on stone pillars of Hindu design.It is mostly in ruins now.The place is unique and beautiful.

Bandel used to be a Portuguese settlement many centuries ago and houses a Portuguese church which is very popular and a quiet Imambara built ages ago. The Portuguese had started to make inroads in Bengal around late 1500s and built a settlement in this area along the Hooghly river.They built a Portuguese church in 1599.Shah Jahan, the Mughal ruler attacked the Portuguese settlement and defeated the Portuguese and took many people into captivity.The church was destroyed. The father of the church Joan De Cruz was held captive and taken to Agra where he was thrown in front of a ferocious elephant.However the elephant did not trample him and rather made him sit at its back with its trunk.Seeing this miracle, the emperor released the priest and also gave money and free land to construct the church again. The church was reestablished. During the inauguration,a ship with tattered sails had appeared on the river bank.The crew was safe inside it and the ship had withstood storms some days back.During the storm the captain had made up in his mind to offer the mast of the ship to the first church he saw when the storm would end.As per his promise,he donated the mast to the church and it can be still seen there. This Bandel church still stands proudly today and is one of the oldest churches in West Bengal.The complex also houses graves of many people.The church can be easily reached from the Bandel station by a share auto.

We next headed to the Hooghly Imambara.It can be reached by road either by an auto or by rickshaws. However we chose to go there by a boat. Boats are easily available from the backside of the church and they charge very less for a trip to the Imambara. Boating across the Ganga river is an exciting experience and we enjoyed it. One can also witness the Jubilee Railway bridge in the background.
The Hooghly Imambara took twenty years to get built and was built in the memory of the great philanthropist Hazi Muhammad Mohsin. It has a central courtyard, a prayer hall and hallways with beautiful arches and chandeliers.At the centre of the courtyard is a pool and a fountain. There are two towers, each,separate for men and women entry. One has to climb up many stairs and reaching the top of the tower can get the whole view of the Imambara and the Hooghly river in the background. The tower also has an age old clock.The clock’s bell and machinery can be seen from outside in this tower.There is a sun dial at the backside of this complex also.A really spectacular place!

Chinsurah was an erstwhile Dutch settlement between 17th and 19th century.It was prosperous trading post of the Dutch East India Company.Today some of the Dutch built structures are still very much present till today.The most interesting out of these is the Dutch cemetery which is present quite inside the city.The graves are very different and some of them have peculiar big structures above them.The graves date back to as old as 1743. The place as an eerie silence.It is an area under the Archaeological Survey of India and is protected.No construction or encroachment is allowed.

Chandannagore was the capital for the French for 275 years in Bengal. Therefore it has beautiful french buildings across the riverside.The beautiful Strand ghat is a kilometer long ghat along the Ganges in Chandannagore beautifully adorned with streep lamps. French built structures include the Chandannagore court, college and a school which lie all along this riverside.These buildings have distinct French architecture.The Durgacharan Rakshit Ghat is the main structure along the Strand and was built in the 1920s in his honour.It has pillars with floral design.

Also along the riverside lie two structures-The Duplex’s mansion which now serves as the Chandannagore Museum and Institute and it houses collection French artifacts of the Duplex and the others.It also has records and information of the time when the French ruled over this place.

Also at the end of the Strand lies a house called Patal Bari which is half submerged in the river and is to said to have been visited by people like Rabindranath Tagore and Ishwar Chandra Vidyasagar.The Sacred heart church lies nearby. A church built by French, this has a unique design and its interiors are adorned with fresco work and beautiful colour stained glasses.It has a long corridor and a really high roof.The trip surely took us back to our lessons of History in school. It is amazing to know that so many European countries had made Bengal their home so many years ago. One can only gain knowledge only after visiting that place on ground in reality. This trip surely enriched our knowledge and we had super fun. People staying in places like Durgapur,Asansol, Burdwan, Kolkata etc can surely go a trip to these places during holidays and weekends.