Amritsar is a beautiful city in Punjab. It is situated approx. 28 KM from the border with Pakistan and approx. 450 KM from Delhi. The city is known for the very famous gurdwara, Golden Temple (Harmandir Sahib), Jalianwalan Bagh and Attari Border. A visit to this city is altogether a different experience.

Here, I will share how I encashed my Sunday by investing in a day trip to this beautiful city, Amritsar.

On April 02, 2017 which was a Sunday I was all set to explore Amritsar. I hired a rickshaw to Golden Temple for Rs. 20/- from where the bus dropped me.

Golden Temple was constructed in 15th century and not many people know that it's foundation was led by a Muslim Pir of Lahore. Later in 18th sanctuary, Maharaja Ranjit Singh overlaid the sanctum with gold foil. This has led to the name Golden Temple.

I was awestruck with the beauty of this place. There was a man-made pool (called amritsarovar). The pool is circled with a marble passage. Bathing in the pool is believed by many Sikhs to have restorative powers, purifying one's karma.  The pool is maintained by volunteers who perform kar seva(community service) by draining and desilting it from time to time.
The sanctum has two-storeys, a gold foil dome and has a marble platform. It sits in middle of amritsarovar.

I was visiting Amritsar for the first time, alone and with time boundation. Yet my mind was  hustle free. The temple offers so much of peacefulness and positive vibes. I could sense humanity in every person I met there.

After taking a bath in public washroom I rushed towards the causeway to Sanctum. There was a huge crowd. The kar-sewarks were providing water to people standing in the queue. It took me 2.5 hrs. to finally reach Darbar Sahib. There were gold encrusted ceiling and walls. The feeling cannot be expressed in words when you reach inside. Despite of a lot of pilgrims that day, I managed to spend quite a long time inside.

I came out with a lot of positivity in me. 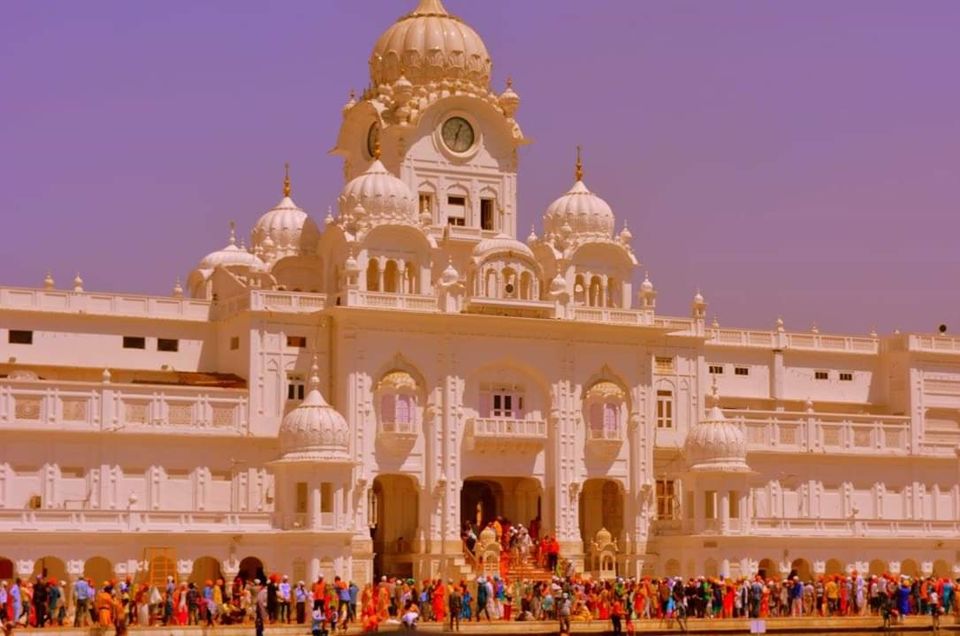 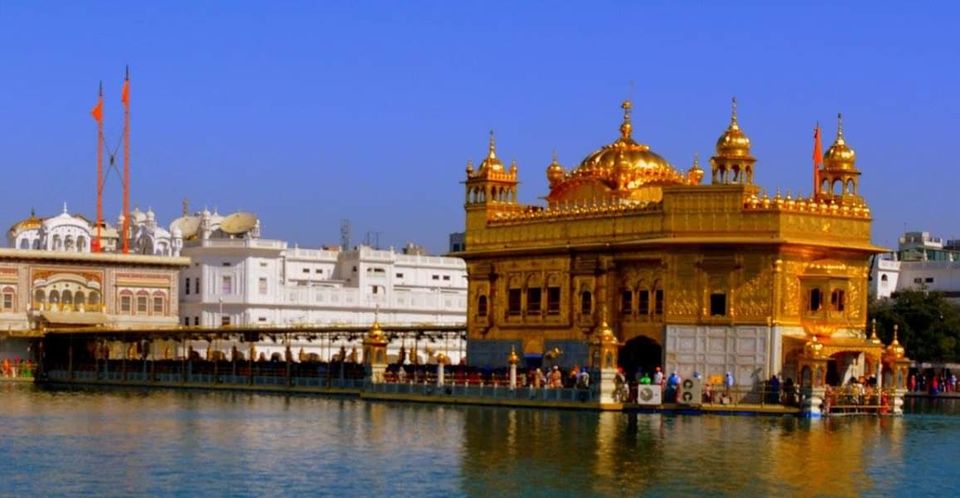 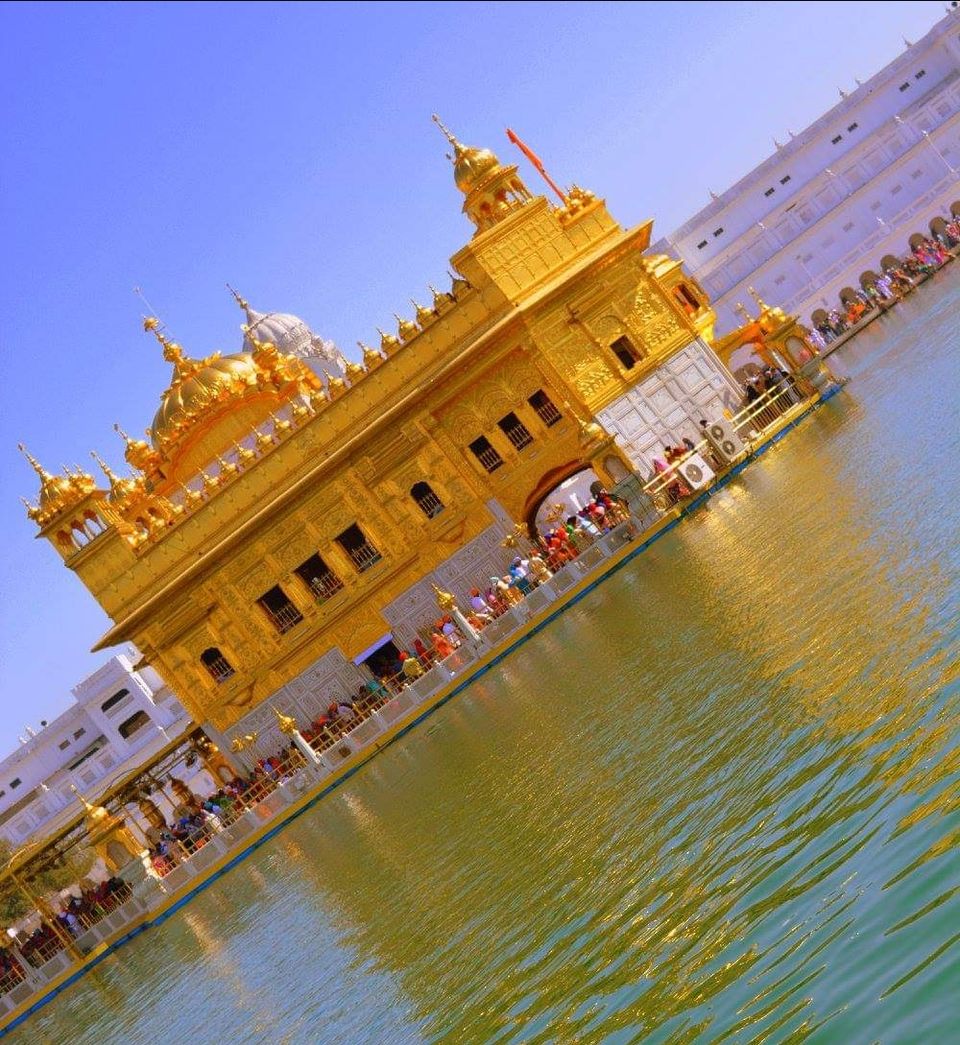 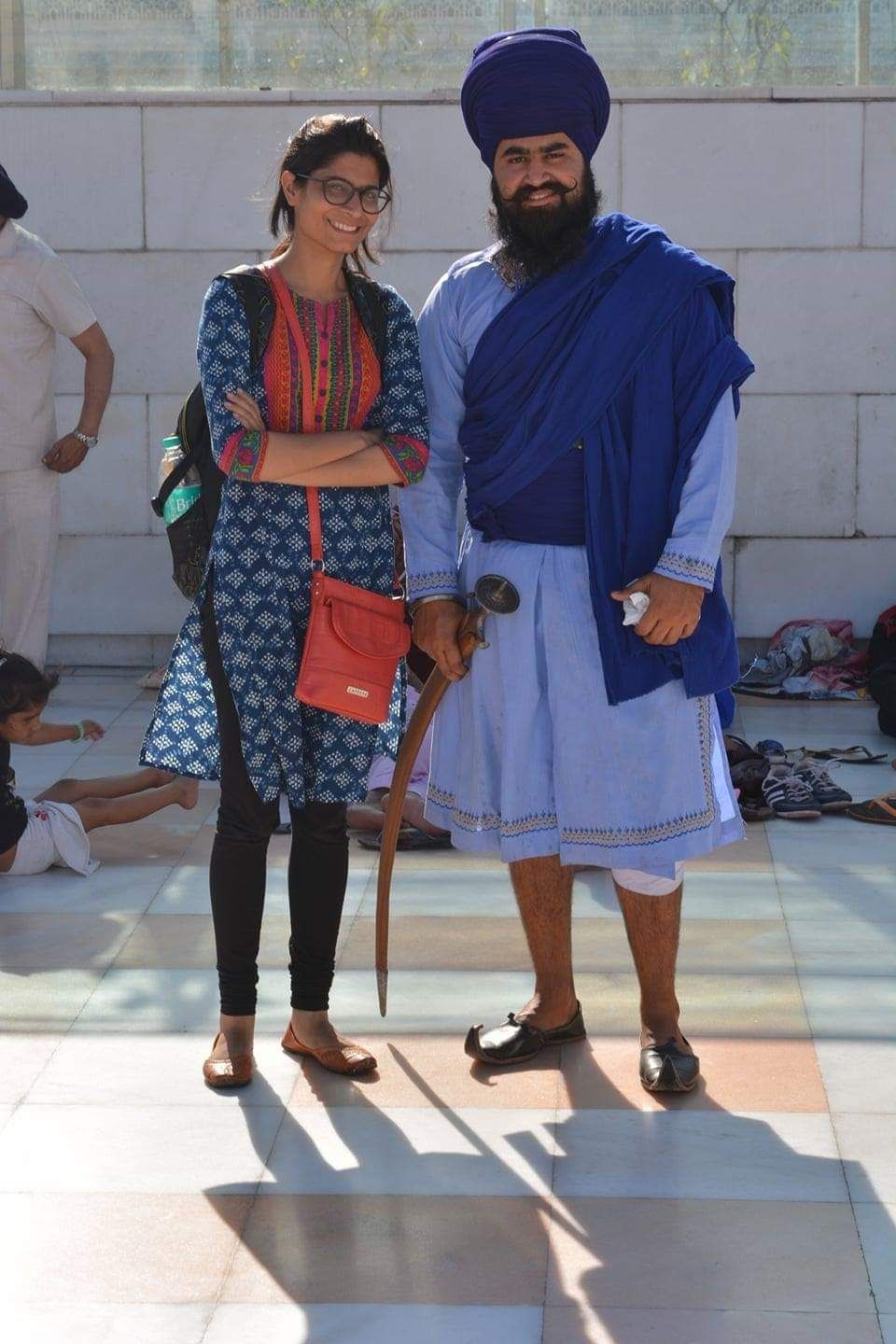 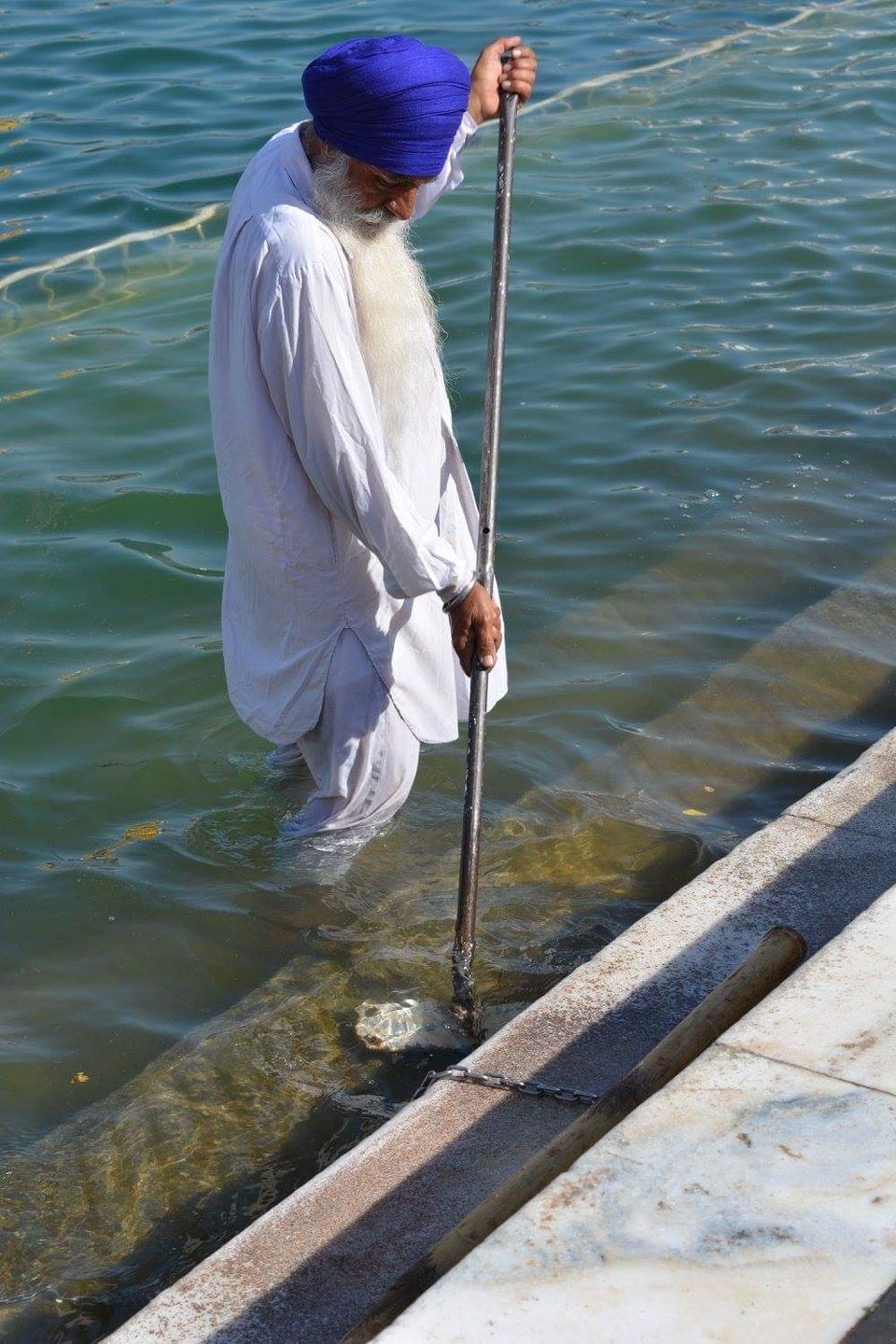