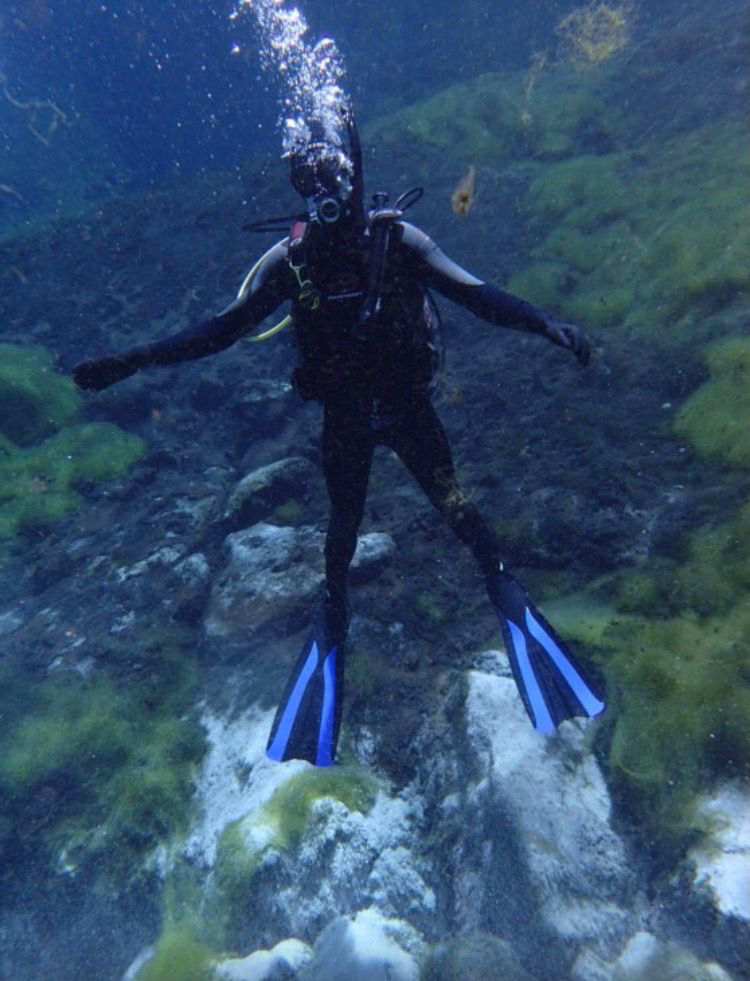 #SwipeRightToTravel and I did. What you do when you want to experience the calm? You look for a serene location to take a break from your hectic routine. I did too.

I chose the 'Land of Smiles'. Krabi (Thailand) to welcome 2017 in style. My feet kissed the land of Krabi on December 30, 2016 in the morning. I took a bus to my hotel. Yes, I took a bus, I've always been a solo traveller and I believe you can't understand a place without using its public transportation.

Although I was tired, I couldn't wait to hit the sea. I love the beach. I can sit on the sand and go for a swim for hours upon end. It’s heaven to me. Add to it, delicious Thai food, and you want nothing more in your life.

It all happened at the new year eve and the rest that follows is based on real incident. I was sitting in my hotel, swiping right on my 'Tinder' to find someone I can go with to New Year's Party. Wandering is an activity of the child. The discovery of the self. The discovery of the outside world. These discoveries are essential to realizing what it means to be human.

Her name was Sarah. A 32-year old, Spanish beauty, who got set of pictures on her 'Tinder' which would make you feel question yourself if you are living.

We chatted for about 20 minutes and decided to welcome 2017 in each other's company. And the moment I saw her in the party, I felt like 'a disney princesses' is walking to me. But I never knew that an immaculately beautiful, cheerful girl would teach me a lesson of life.

We spent time neaby pool. The event was going on in background, we were busy in our world. We got on to our table booked for us, we had spanish wine together, until she asked me if I'd like to go with her to a walk at the beach side. Well, you can't say no, when you can have beer at beach, and a beautiful woman with you.

If you are in Thailand, you can steam up the beach with words too. Sometimes with kisses. We had nothing to say, yet we had everything to speak.

And I told her that "I envy the kind of life she is living."

To which she replied, "Maybe because I am living the second time."

We weren't supposed to talk at that philosophical at a romantic background, so we sat there on beach side and I said that "I'd like to hear her story."

"There was so much I did wrong that night. I went against every safety procedure I had planned."

And I gave her my eyes and ears.

"I had been chatting to him online for a couple of weeks. I had been in the world of online dating for 3 weeks. No idea or understanding of the various labels and what they meant. He was much younger than me. I told him I wasn't interested but he said we could just be friends. We agreed to meet for dinner. I was to drive to his apartment and message him when I was there. We could walk to the restaurant from his place. So I arrived on time, 7pm sharp. I messaged him and said I was downstairs. He said he had just got home and needed a shower and to come up and wait. I told him I would wait downstairs. He insisted and I weighed it up, good neighbourhood, in an apartment, I should be safe."

"He said come to the first floor and knock once. I thought that was so strange, who knocks once? So I did as I was told. I knocked once. He openened the door. That was the first moment I became Victim A. It was a small 1 bedroom apartment. It was old but immaculate and not one personal item lying around. I could see the harbour lights. The first thing that struck me about him was that he couldn't make eye contact. He took my wine and directed me to sit on a small 2 seater brown couch. I was so nervous. He was in jeans and a tshirt and I thought why has he changed, isn't he going to have a shower. He opened the wine I carried which irritated me. Poured us both a drink and we started to make small chat. I just couldn't connect with him. After the second glass I reminded him of dinner, he agreed and jumped up and went to the kitchen. I grabbed my phone at this point.

Texting my friend where I was when he punched me in the side of the head. I remember grunting and falling to my hands and knees. I was so confused. I looked up at him, still not comprehending why he had done this. My jaw was hanging loosely. He punched again. I then realised I was in some serious trouble. He dragged me by my hair to the bedroom. I struggle to stand, and there it was, all his instruments for the evening laid out on the tall boy. Paddles, rope, knife, gags etc"

"He put a noose around my neck and hung me from the bathroom door. Then beat me for 4 hours. I won't go into the torture and rape. I did just end up walking out. Driving home. I was in deep shock. Just wanting to be in my own house with my daughter. My friend messaged me the next morning. I told her he had hurt me. She arranged for me to meet the Sexual Assault Team at the hospital. Which I did. That was when it really hit home. Retelling my story. Having the rape kit taken. They had to stick a breathing tube down my throat. When someone strangles you your throats continues to swell for 3 days. So much has happened since then. The investigation, court. The healing. PTSD. It creeps up on you."

"The police said dating sites are filled with rapists. Such an easy playground for them. This man didn't do munches, was selective who he chose. Basically it was a test, if I came upstairs then I consented in his eyes. I think back and see all those red flags. From the first phone call. He was hard to speak to. My gut told me something was off about him. We should all listen to gut, our responses."

"Do you still envy the kind of life I am living?" she asked.

It's been over a month since I'm back here. Her story. Her question. They still scream back in my mind.

I shared the story because the platforms aren't wrong. The online communities were made to bring people closer.

Stick with your gut instinct, but still take precautions; Safe calls. Not meeting privately. Not putting yourself somewhere you can't get away.

Storm came. Storm hit her life. And she ain't the same person who walked in that room that night. That’s what this storm’s all about.

Accept yourself, love yourself, and keep moving forward.

What happened in Krabi changed the entire mindscape of mine. India has a population of 1.2 billion, and has many distinct cultural groups, it is very difficult, if not impossible, to generalize about the population of the entire country. However, it is entirely clear that overall, women need advocates and allies across the country that will fight with them for not only their safety and health, but also for access to further opportunities for empowerment and autonomy. And I got a purpose in life.

I didn't just 'Swipe Right' that evening, I 'Swiped Right' to the purpose of life that evening.