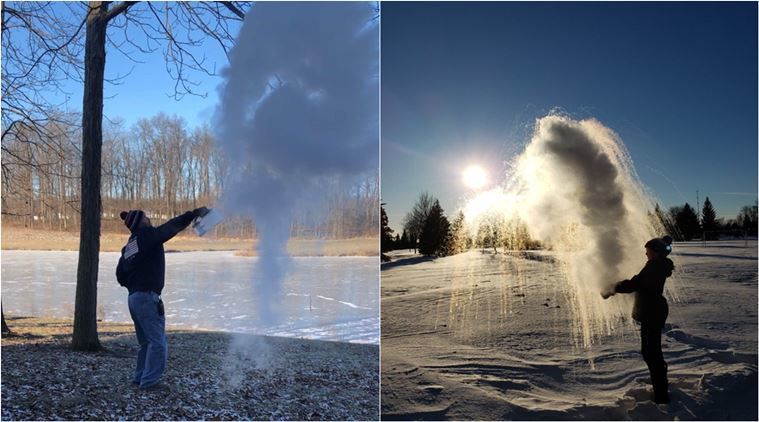 With temperatures dipping as low as -46°C, Chicago was so cold that it left Alaska, Siberia, and even the North Pole colder than North Pole behind. It was even colder than Mars. The city turned into ice and it was freezing so bad that thieves were robbing people of their down-coats. The rail-tracks in the city were put to fire to keep them from cracking. While the low temperatures are causing a lot of trouble for people in carrying out their daily chores, it seems nothing can stop Instagrammers from posting crazy pictures from their everyday life during Chicago winters. Have a look at these crazy scenes that Instagram has been bombarded with!

Have you ever been to Chicago? What is your favorite memory of winters? Share your crazy travel experiences with Tripoto community here.