Sometimes walking across a place is a better experience than just simply touring it. New Zealand is the best example of this. The island country is divided into two parts, North Island and South Island. Though North Island is more of cities and urban centers, with the capital Wellington located there. However, my trip was across the beautiful South Island. South Island is the larger of the two. This is a compact package of nature, biodiversity, wildlife, unique landscapes and a rich coastline. South Island is an adventure in itself. And, sadly most of it doesn’t appear on a normal tourist map. South Island’s beauty is explored in its true sense by very few travellers.

If North Island is the urban hub, South Island can easily be considered as the country side.The best way to engage with this place is to go around with a backpack, not as a tourist who is amused with just the beaches, but a traveller who wants to absorb the heritage and the natural beauty of the Island. The Island has a lot to offer in terms of scenery, adventure, and history. If you really want to experience all of that, plan a longer trip here. Go slowly through each place, instead of rushing from one spot to another. South Island is also relatively cheaper than North Island. While fine restaurants and hotels are a plenty in the North, the South is a bit more modest with cafes and diners that are easy on the pocket. This doesn't mean that the South is any less "exquisite" or lavish. Its luxury lies in the homely environment, its glaring landscape and its unique culture.

South Island is a bit relaxed and calm than the North, which has a bit of the touristy hustle bustle. There are quite a lot of places in the South, where you will encounter only one or two other fellow travellers. In fact, if you are lucky, you will ahve the entire place only to yourself. This is mainly due to the fact that most beautiful places in South Isalnd aren't "popular." All of them are so beautiful though, that you will wonder why no traveller moves off the beaten path and crosses this way.

Here are some of my recommendations for South Island. Some places tourists might be aware of as well as certain hidden gems. Gear up for a South Island Adventure!

These lie at the North-eastern point of the South Island between two sparkling bays. Calm waters and a rustic landscape mark the Marlborough Sounds. The sounds are a little difficult to access except perhaps the most popular Queen Charlotte Sound and the Pelorus Sound. One of the perks of this place is that it isn’t very “touristy”. You won’t find a lot of crowds to share the beauty of this place. The bays make for a romantic place to cruise. But, I would rather suggest that you hire a Kayak and explore the waters yourself. The waves are mostly calm and the view around is a treat for the eye! 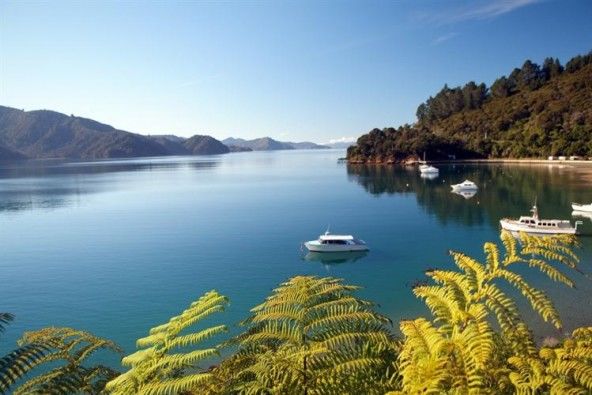 South Island is more like the country side with greenery all around. And, something will be amiss if you don’t visit a farmland. Molesworth Station is the largest farm in New Zealand spreading across 180,000 hectares. Owned by the Crown and taken care of by the New Zealand Department of Conservation, this farmland has a diverse biodiversity and a rich farming history. It is open for tourists during the summer months. It is a great place for trekking, horse riding and fishing. This place has an extreme landscape with wide river valleys to narrow, craggy mountains. But, it is a walk to remember! 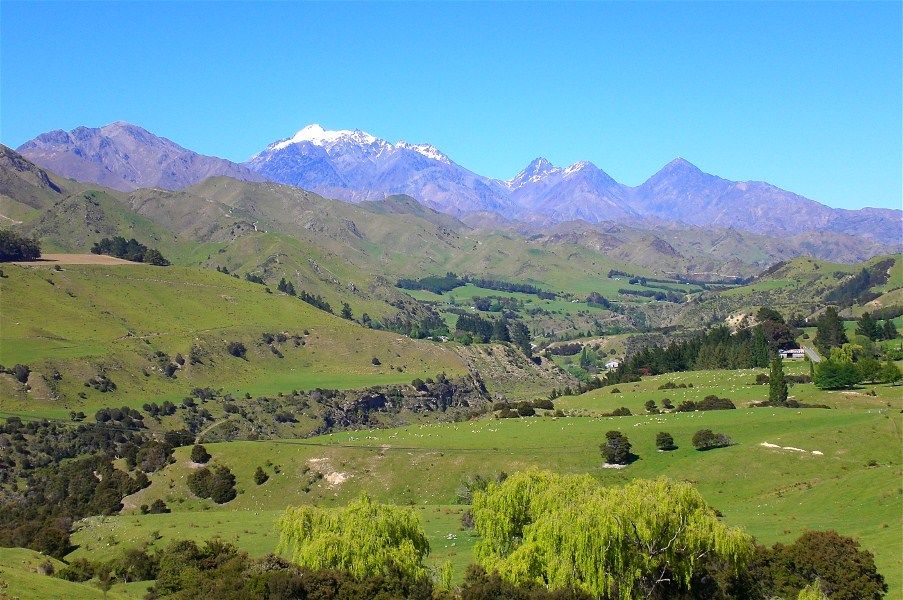 This sand spit is on the Northern end of South Island. In fact it is the most Northern point of the Island.This sand bar extends into the Golden bay. It almost looks like a small desert surrounded by water. Covered with golden sand this is the longest spit in New Zealand and runs east to west. It is a very popular place among tourists. You can camp here overnight, but warn you it gets very cold during the night. From the lush green landscapes to an old town. Saint Bathans is a cultural treat. This town is over 150 years old dating its existence back to the Gold Rush of 1870. This small mining town is not very populated and thus isn’t like one of the noisy little places. The surroundings are peaceful and mostly it gives a feeling of an old abandoned place in the middle of a breath-taking landscape. Many of it’s old buildings are preserved which gives this whole place a historic feel. The Blue Lake is one of the features this place is popular for. This man-made lake is surrounded by picturesque ruins of old structures. The Vulcan Hotel is another. If locals are to be believed, this hotel is haunted by “the lady of the night.” 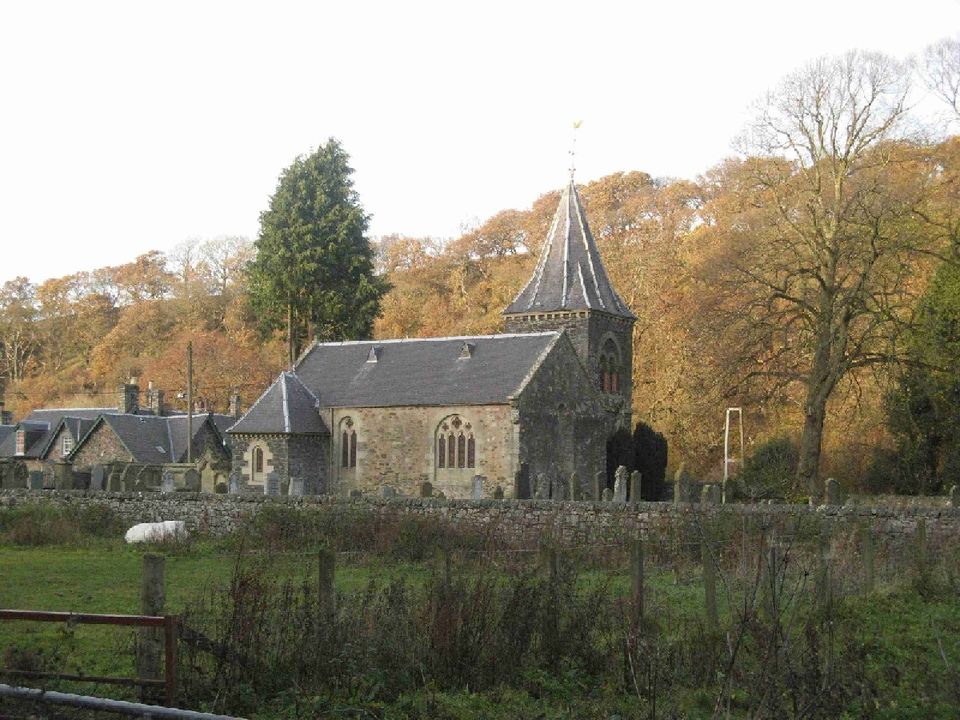 Lying on the East Coast of South Island, Banks Peninsula is a packed with nature. This small piece of land is of volcanic origin and juts out into the bay. Surrounded by the busy town of Akaroa and the largest city of South Island, Christchurch, this place is strangely almost always vacant. It is one of the best scenic trails in South Island and has not yet been exploited by tourists. The shore is covered with cafes and restaurant to have a great meal as you stare into the beauty of the bay. The bay allows for a lot of water activity like kayaking, fishing, swimming etc. Do you need more reasons? 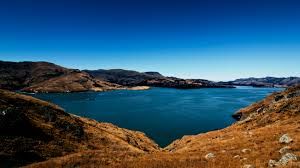 The Catlins Forest Park is for the enthusiastic photographer. If you haven’t had enough of New Zealand’s natural beauty, this place is perfect to explore all of it. From dense forests to sandy beaches to a rocky landscapes. A great place to spend the day trekking. Situated on the south-east end of the South Island, start your journey at the Kaka point and move towards the Purakaunui Falls. After refreshing move towards Papatowai,where the forests meet the sea. This place is of archaeological importance as old fossils are found here. later, take a walk along the sandy beaches and through estuaries filled with rich wildlife. 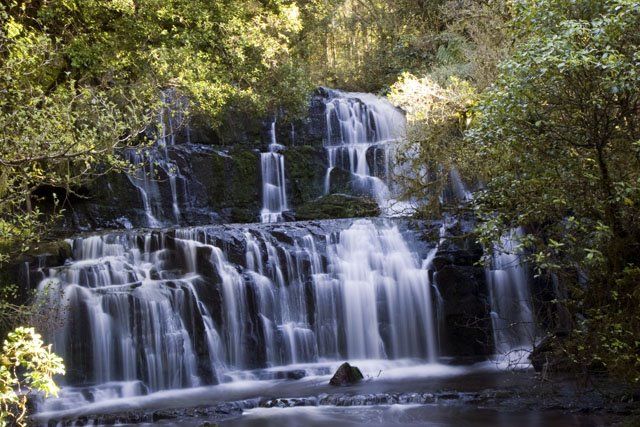 Dart River is the place to have some fun. This river flows through rugged mountains in the south-western part of South Island. It was named the Dart river because of its swift flow. This river is so abound in scenery that sometimes it looks like it should be on an oil canvas. In fact the famous Lord Of The Rings Trilogy used this location in a few of its scenes. This is one of New Zealand’s most distinctive waterways that originates from a glacier and ends in a lake. the Dart River Jet Safaris is a fun experience, even though a little expensive. 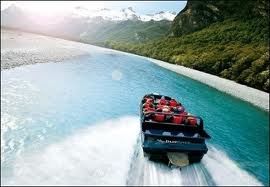 After having walked over rocky mountains, green fields, sandy beaches and concrete towns, here is your chance to walk over an ice glacier! Fox and Franz Joseph Glaciers are the most accessible glaciers in the world. Situated on the west coast of the South Island, this glacier ends at the lush green forests and outflows into the Fox River. Walking on snow is not as easy as it sounds but, certainly as fun as it sounds. It is a major tourist attraction on the west coast with over a 1000 tourists flocking it during the season. 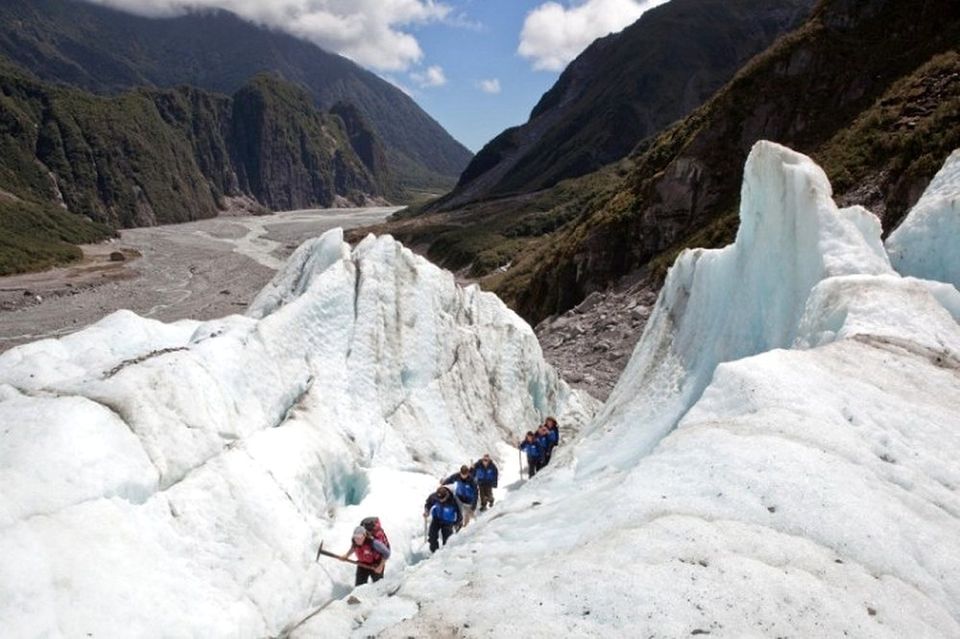 Punakaiki is a small relaxed town on the west coasts of South Island. Best known for its Pancake rocks, limestone rocks of flat surface and vertical blowholes from where the sea bursts up during high tides, creating a stunning view. Lined with affordable hotels and delightful restaurants this is a great stop on your way. 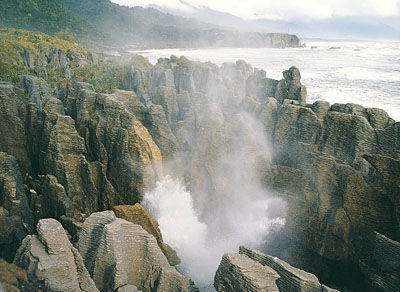 Lesser known and explored, this place is more magnificent than its popular counterpart, Milford Sound. Named so after Captain Cook was “doubtful” whether the inlet was navigable or not, this landscape is been in the shadows for quite some time. Not many travellers are aware of it and thus it is a much more secluded place. It is not as accessible as the Milford Sound, but by boat it can be easily navigated. Take a boat ride from Manapouri to here and enjoy the landscape and the blue waters. You can spot a lot of wildlife here as well like seals, penguins, starfish and some colourful corals. 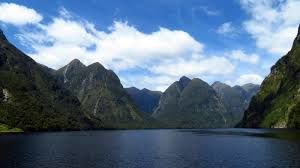