Coimbatore Travel GuideCoimbatore TripsAdiyogi : The Source Of Yoga On Mahashivratri 2019

Adiyogi : The Source of yoga on Mahashivratri 2019

Unlike other trips, this is slightly different trip for me. It was solo trip to explore spiritual and yogic culture of India, this is the best opportunity for anyone who wants to start exploring spiritual dimensions. Sadhguru is a mystic and he had done tremendous work in the way to spread awareness in spiritual and yogic dimension so that every human being can harness best of their life. we will take a look of Isha yoga and other aspects of it first then will look into what are activities done on celebration of Mahashivratri and its importance in human life.

Isha Yoga : It is a spiritual organisation founded by the Indian yogi, visionary, Mystic "Sadhguru Jaggi Vasudev". His vision is to offer one drop of spirituality to every human being so that each individual can experience the dimension apart from physicality and make this wonderful to every creature.

It is located at the foothill of Velliangiri mountain, also referred as sacred mountain. It is Sacred because once Lord Shiva climbed this mountain and sat on top of it not for meditation neither for blissfulness, he sat here in a certain kind of despondence and anger about himself. One can read why Lord Shiva got angry on himself from below link :

Adiyogi : In yogic culture, Lord Shiva is not know as a god but a yogi, he is originator of yoga(union) also called as the first yogi. He was the first who witnessed the dimension above physicality and experienced the core meaning of union and why it is necessary to human being. One can explore more about adiyogi from below link :

Mahashivratri : In India we have festivals on every day to celebrate victories, historical events, harvesting, reaping etc but Mahashivratri has totally different perspective. On this night, the northern hemisphere of planet is positioned in such a way that there is a natural upsurge of energy in human being and to make use of this, in our tradition, we established a certain festival which is night long. This is why Sadhguru requested every human being to stay awake to allow this natural upsurge of energies to find their way.

The complete story covers in one of his article :

I was following Sadhguru for about 3 years and edited to visit this place so the karma played the role and I got a new new job in Hyderabad which is more closer to Isha yoga premises. I reached here in morning of Mahashivratri and morning prayer was about to being. First I was reluctant to participate in morning chant but some kind of energy manipulated my mind and I sat for the chanting, during chanting I experienced deepest emotion I could ever had. I did chanting for almost two hours and it still looks like to me that I was doing it for just few minutes.

After chanting I started exploring different temples within Isha yoga and its significance by walking around, Dhyanalinga yogic temple, Linga Bhairavi Temple, Theerthalund, Nandi, Isha rejuvenation center etc. By the afternoon I was tired and hungry so decide to eat something, out of many food stalls I decided to go for coconut water. There I saw a child, her expression says she was hungry too so we shared the coconut water and the smile. We don't know each other's language but we talked in gesture and said goodbye to each other and move forward to explore other part. A lot of activities were going on around like tight-wire walking, games etc. Whole day the recorded chanting were playing everywhere and people were doing mediation, a big queue was for taking bath in Theerthakund. I also saw around 18 type of cows. Volunteers were busy assisting lakhs of people from different part of world many were sticked to their television, mobile etc to witness this festival from around the world.

The big nightlong celebration started with puja followed by paying tribute to the martyrs of Pulwama by planting saplings by Honourable president of India and the Mystic Sadhguru, Sadhguru also gave speech on how to live peaceful like and covers other aspects of human mankind. Variety of India singer and artists were there, Kutle Khan( Famous Rajasthani folk singer ) performs on "Chaap tilak sab chinni song ", Amit trivedi, Hariharan, Karthik etc did some magical performance.

Midnight meditation: Sadhguru initiated the very powerful meditation at mid night which energised everyone around followed by Divya Darshan once again. We had food under "Maha Annadanam ". Sadhguru distributed 1 lakh meditation ring and Rudraksha to every seekers present there. The celebration ended up in morning 6AM after that everyone stated moving to their places.

How to reach Isha: Isha yoga center is located 30km away from Coimbatore railway and bus stands. One can avail bus service, very frequent, to reach there. Special thanks to every volunteers for managing traffic because it was very crowded in the morning.

Cost : if we leave coat to reach Coimbatore, around 300-400rs was enough to reach and enjoy whole day at Isha center.

P.S : one can explore more about adiyogi, yoga and activities done by Sadhguru and Isha yoga volunteers from official Isha yoga website and center. 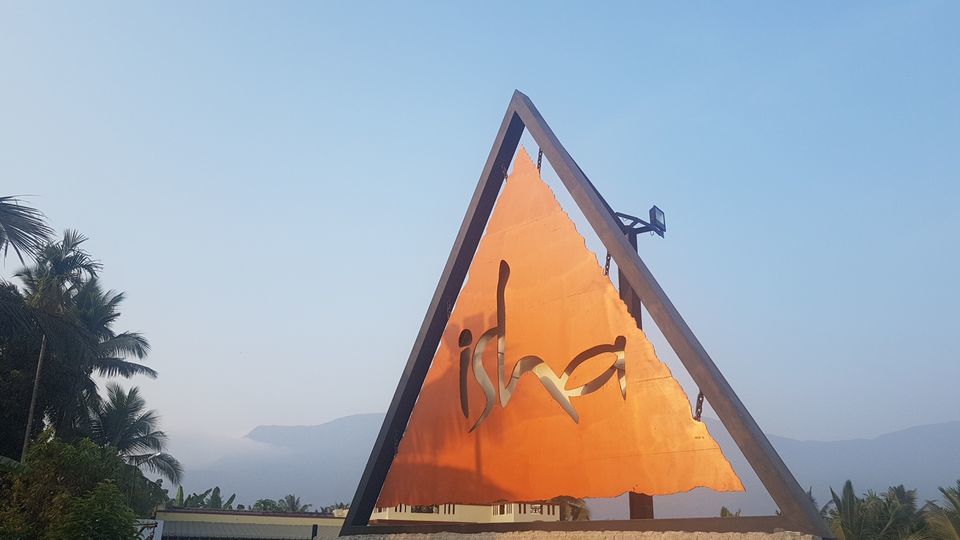 Sadhguru on 112ft tall Adiyogi status : "This face is not a deity or temple, this is an iconic inspiration " 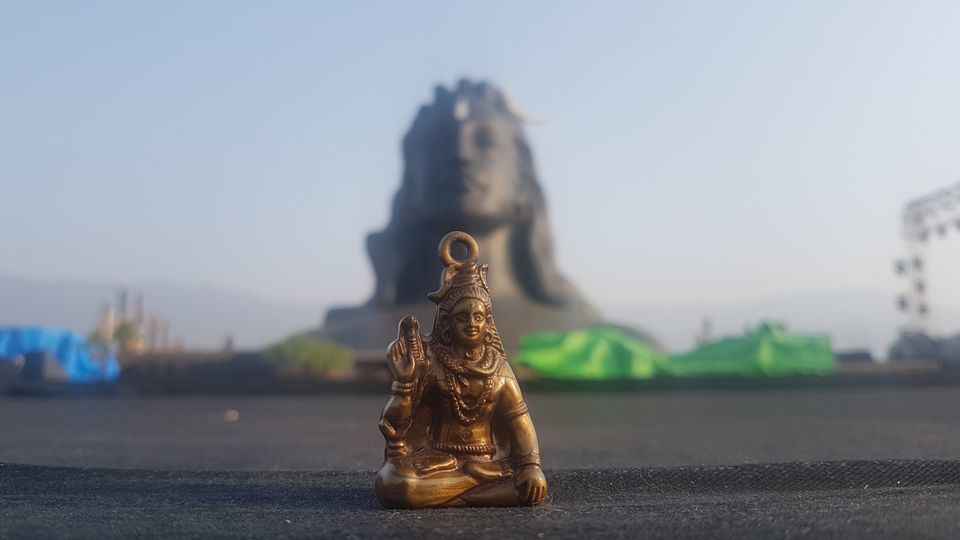 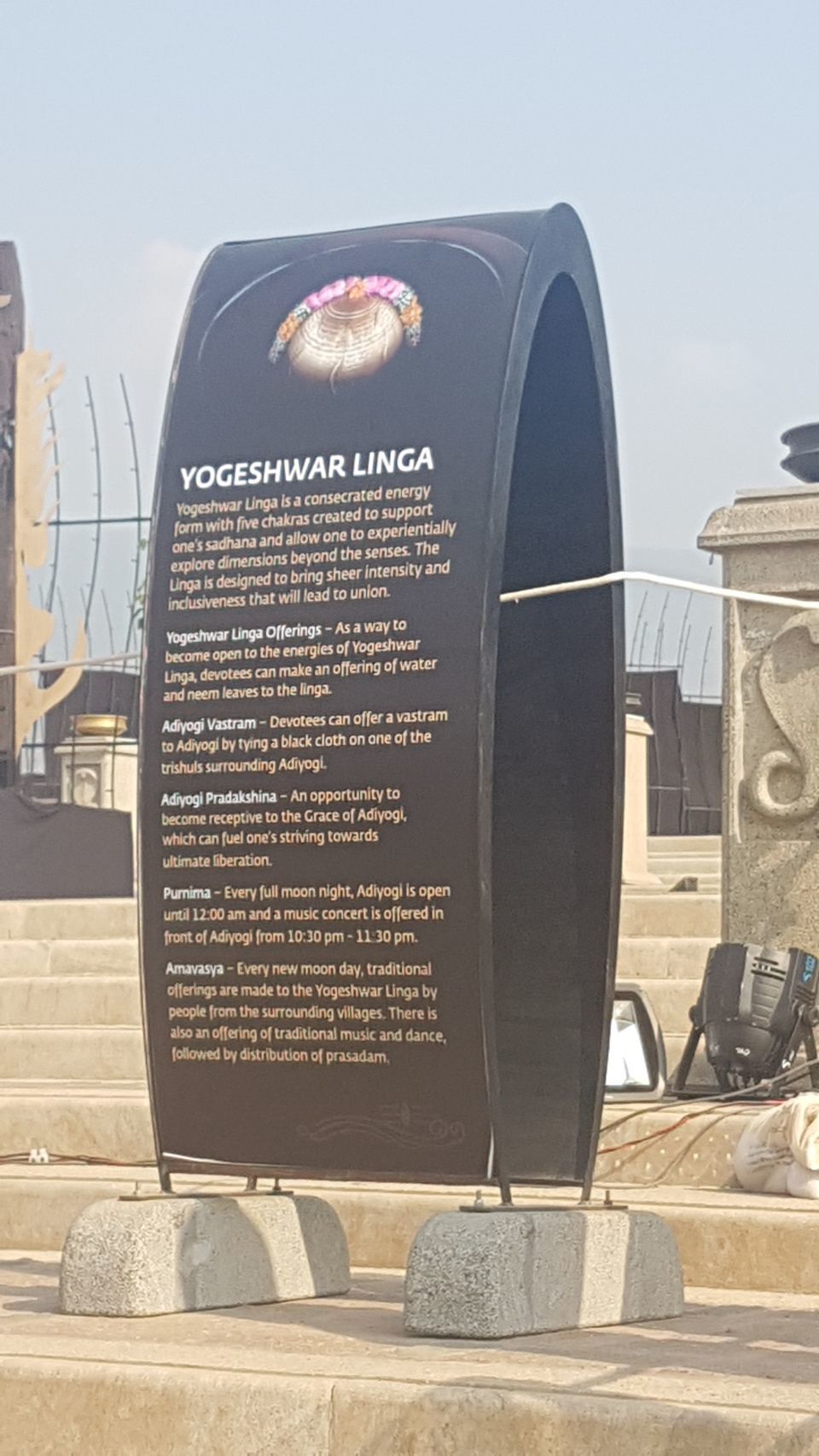 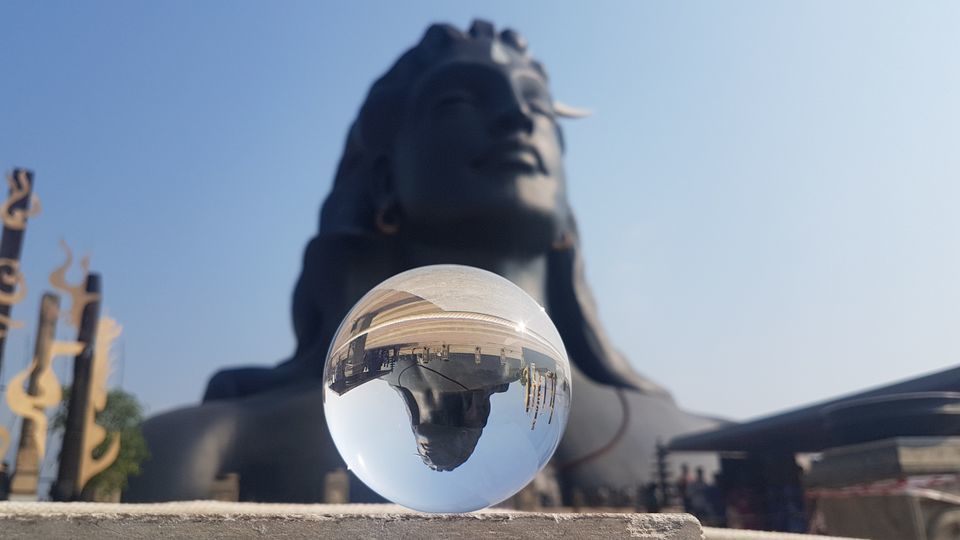 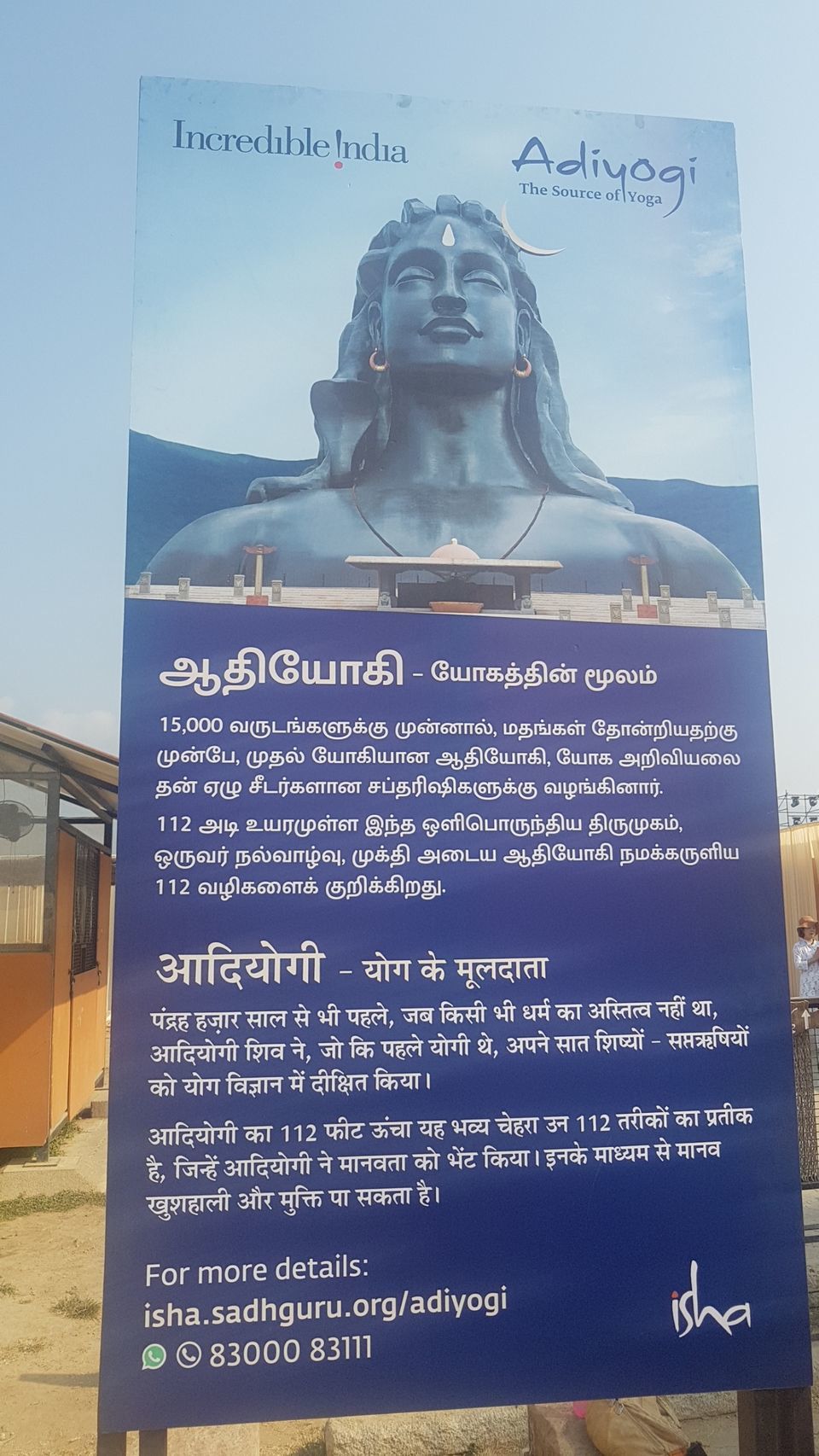 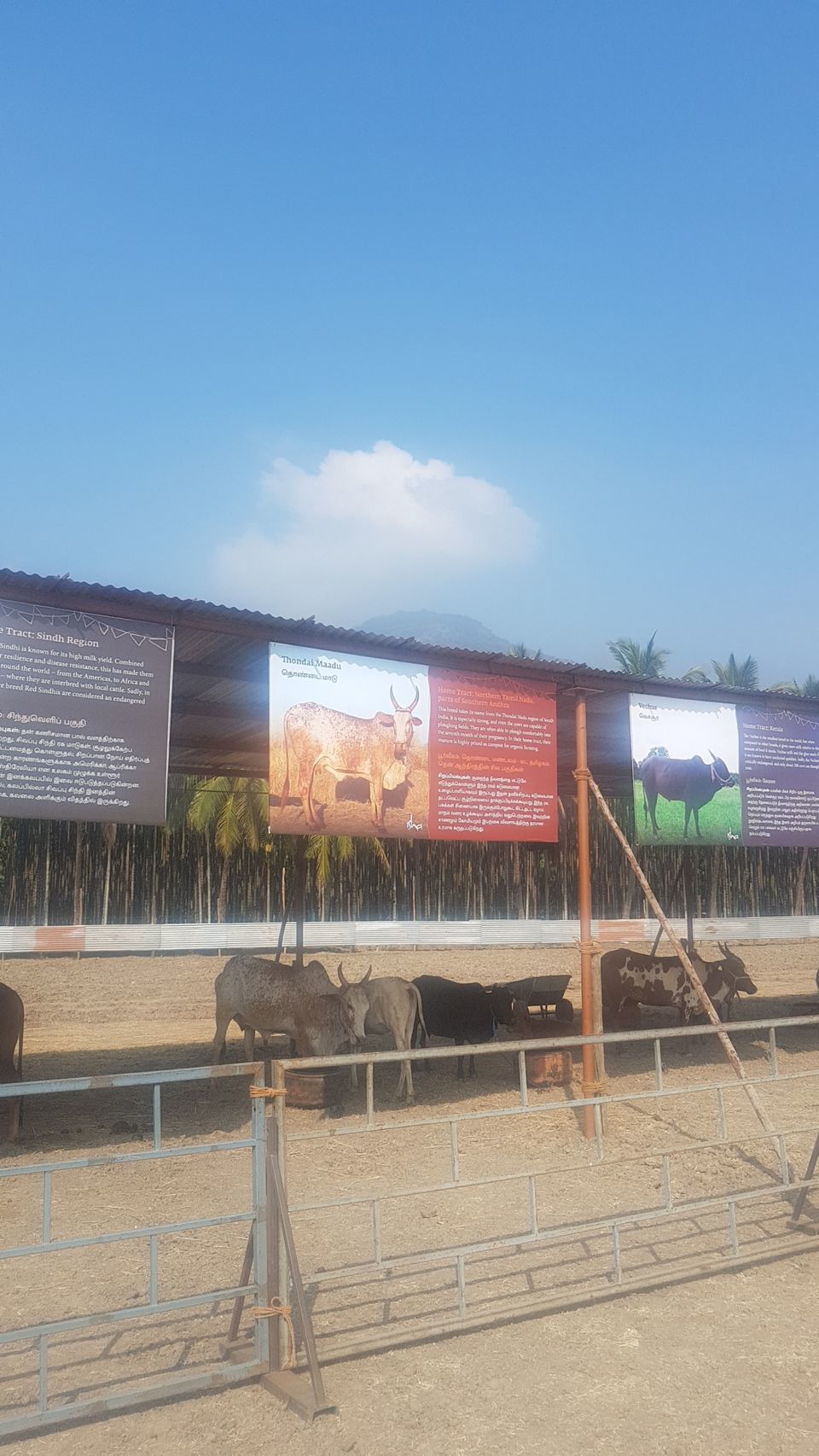 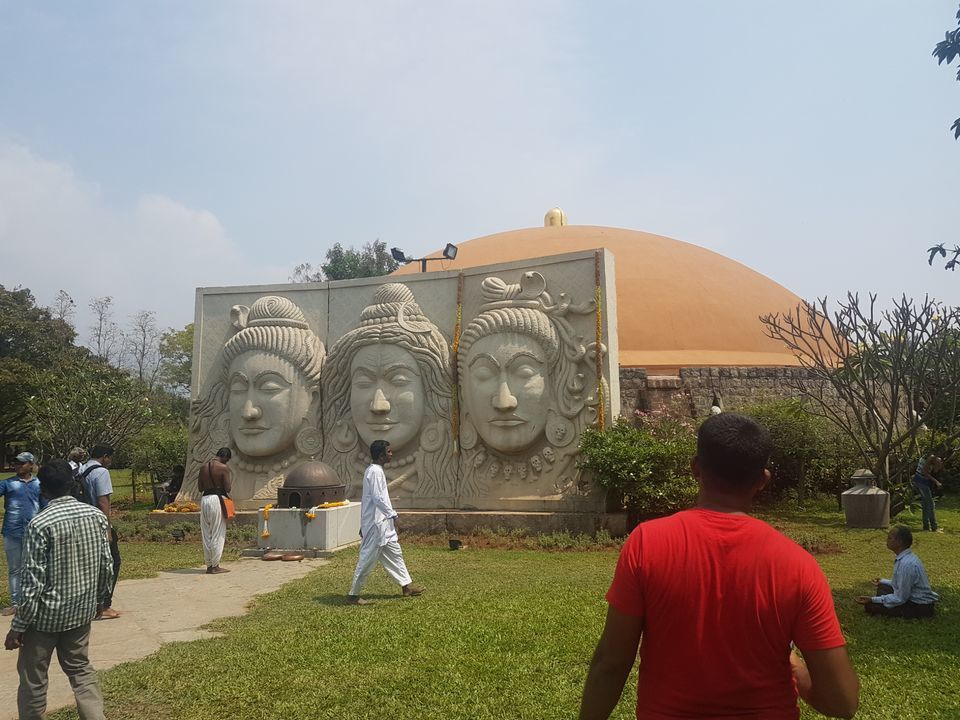 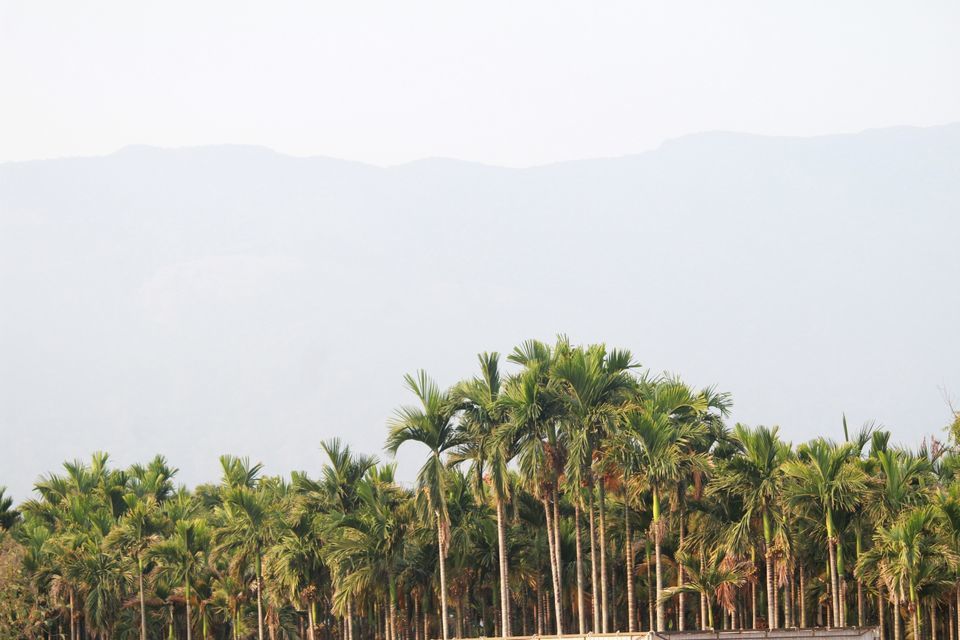 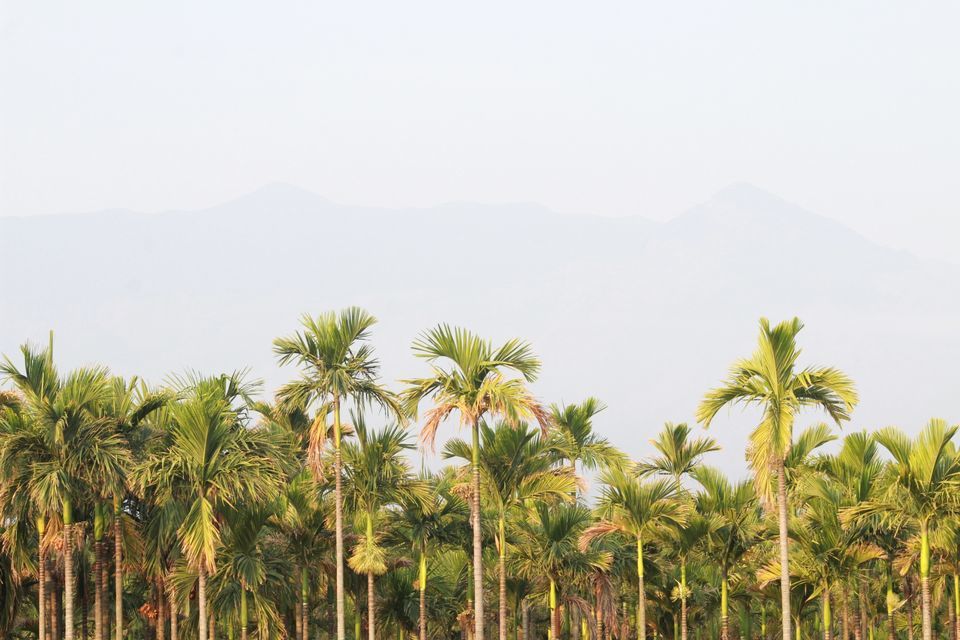 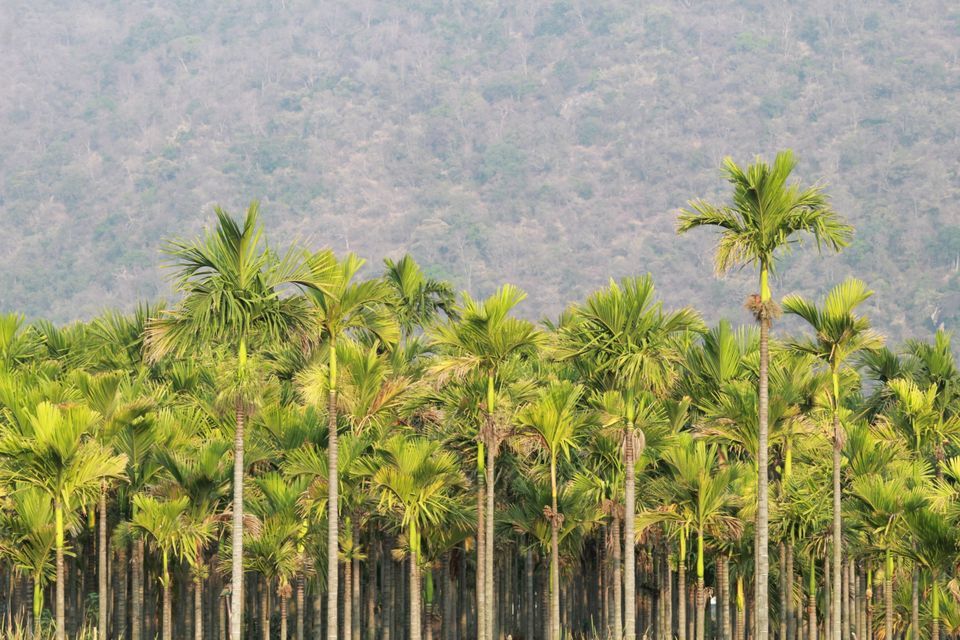 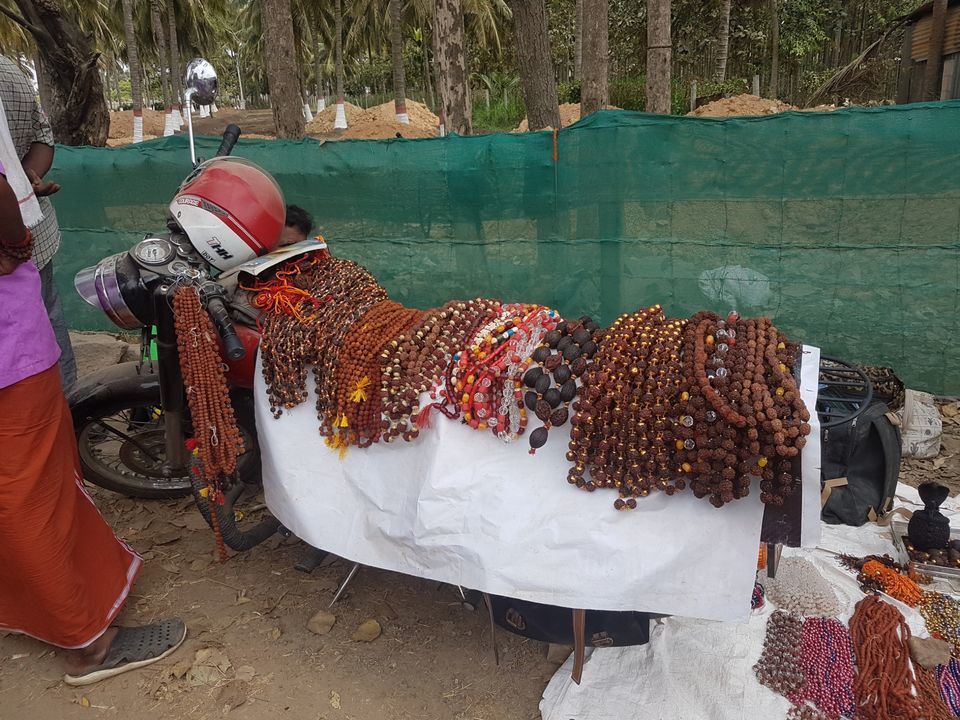 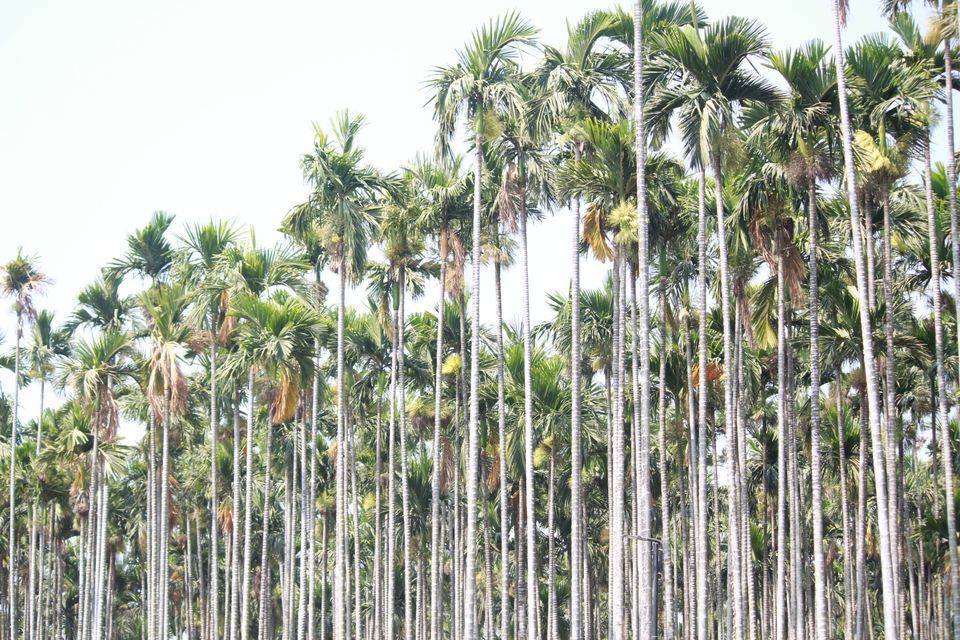 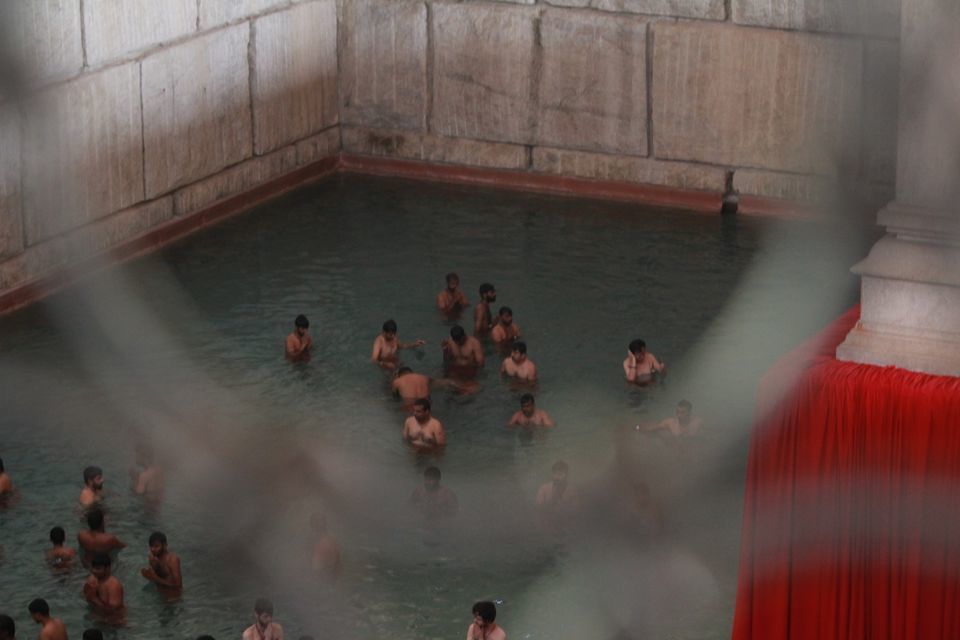 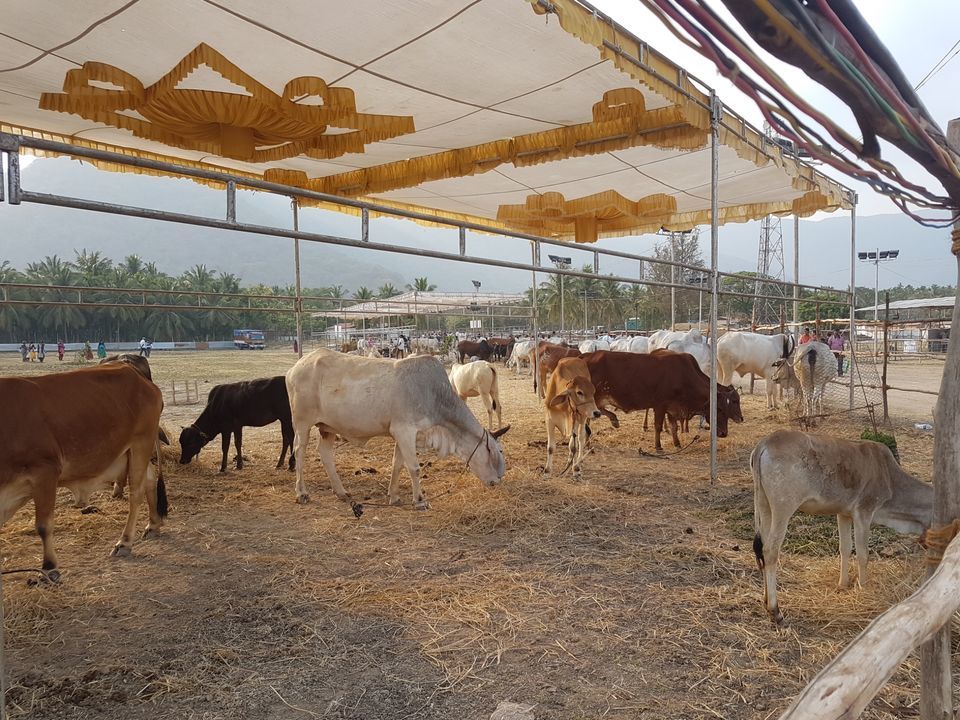 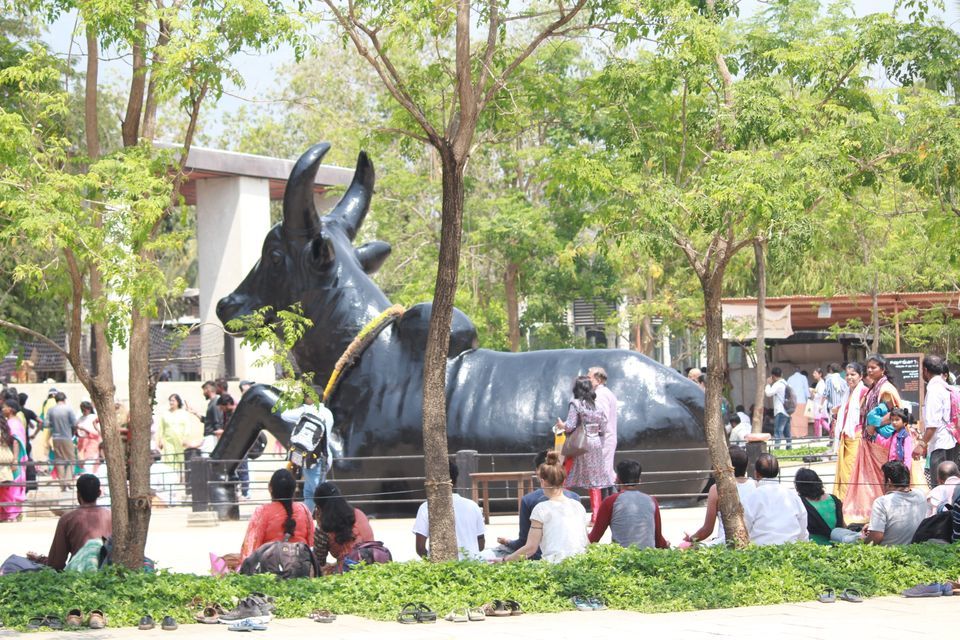 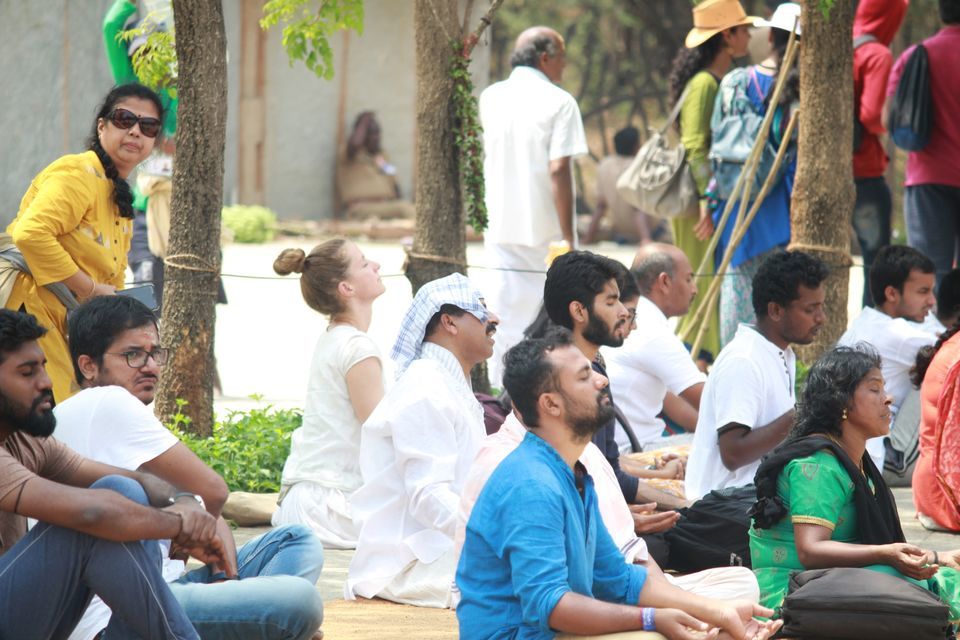 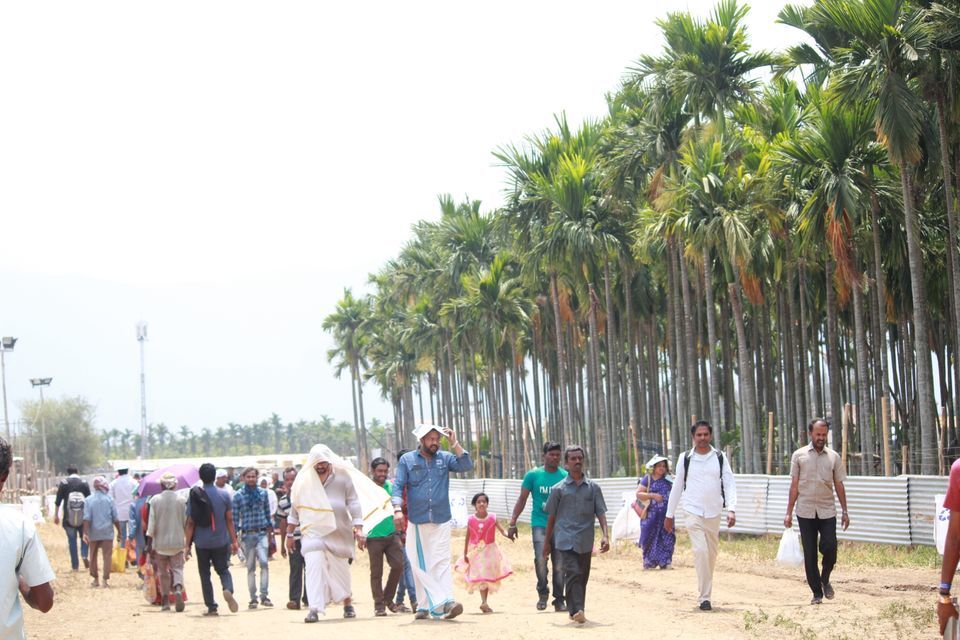 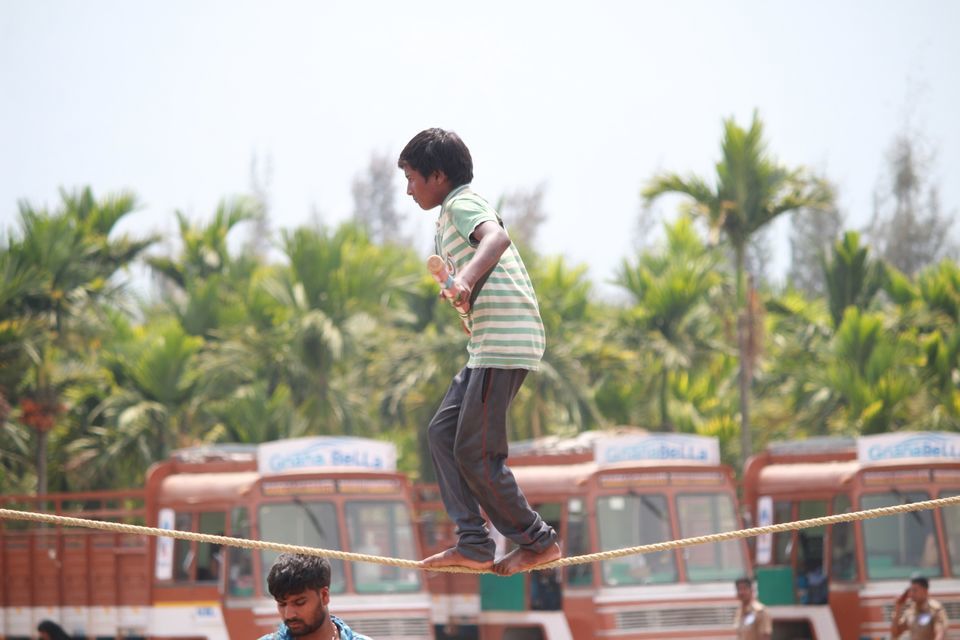 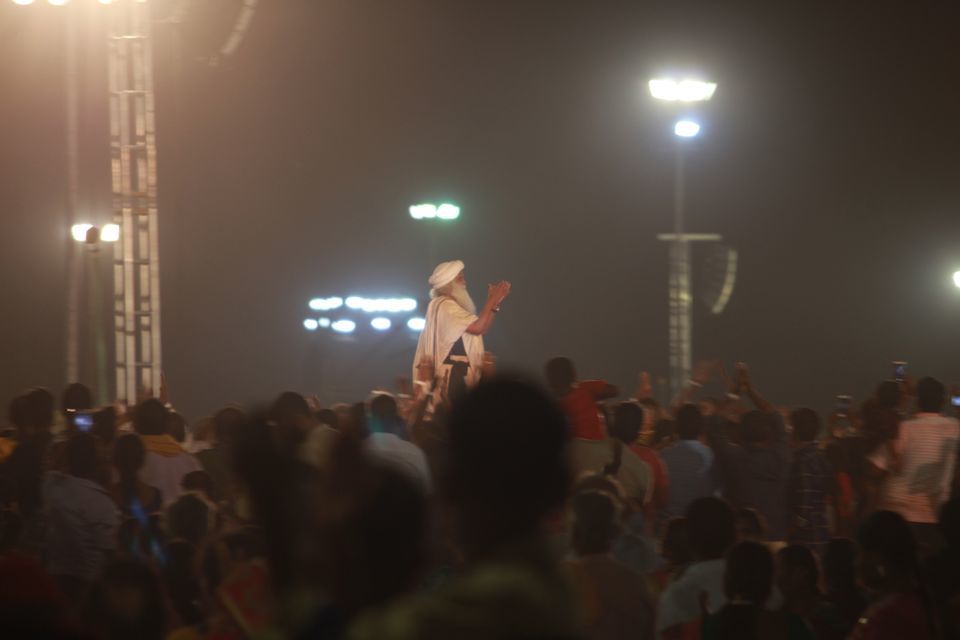 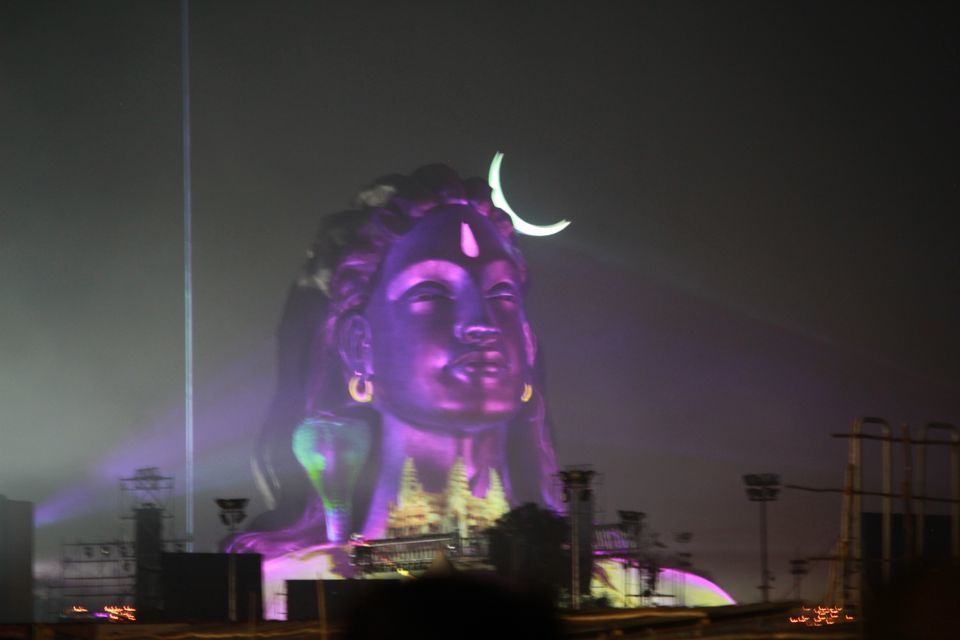 Lord Shiva in half male and half female, the ideal behaviour of a men 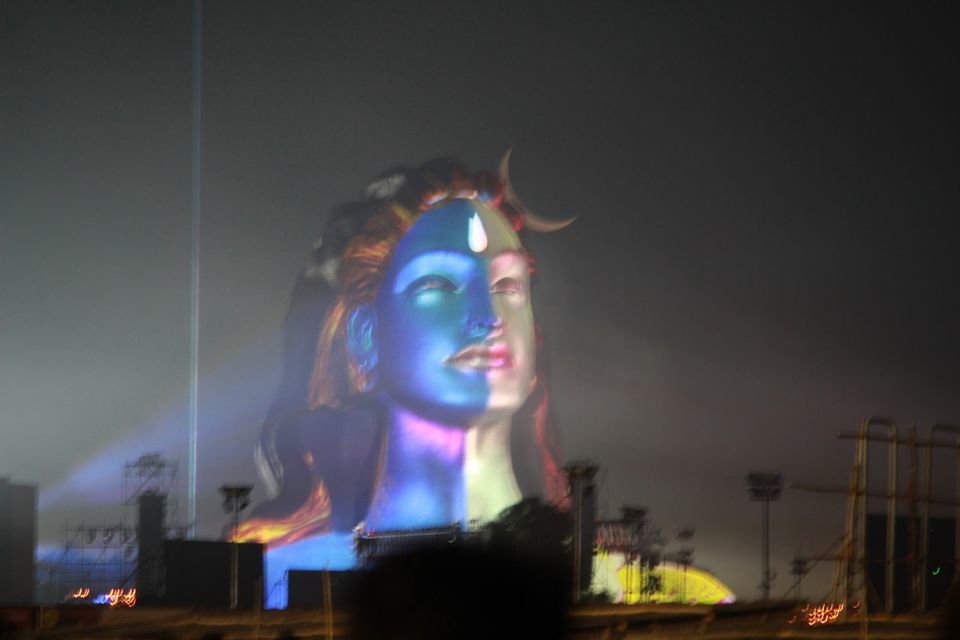 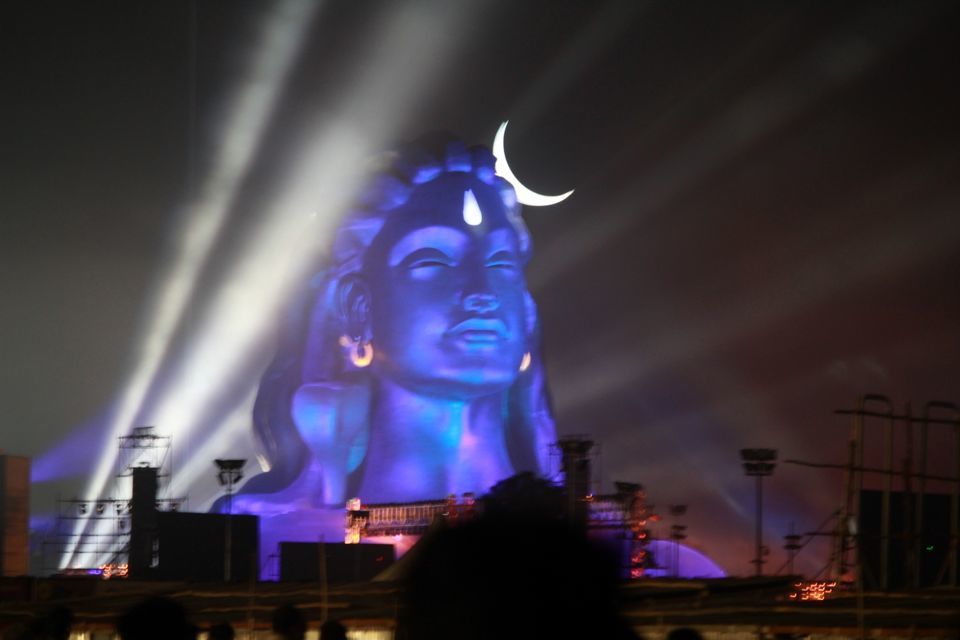 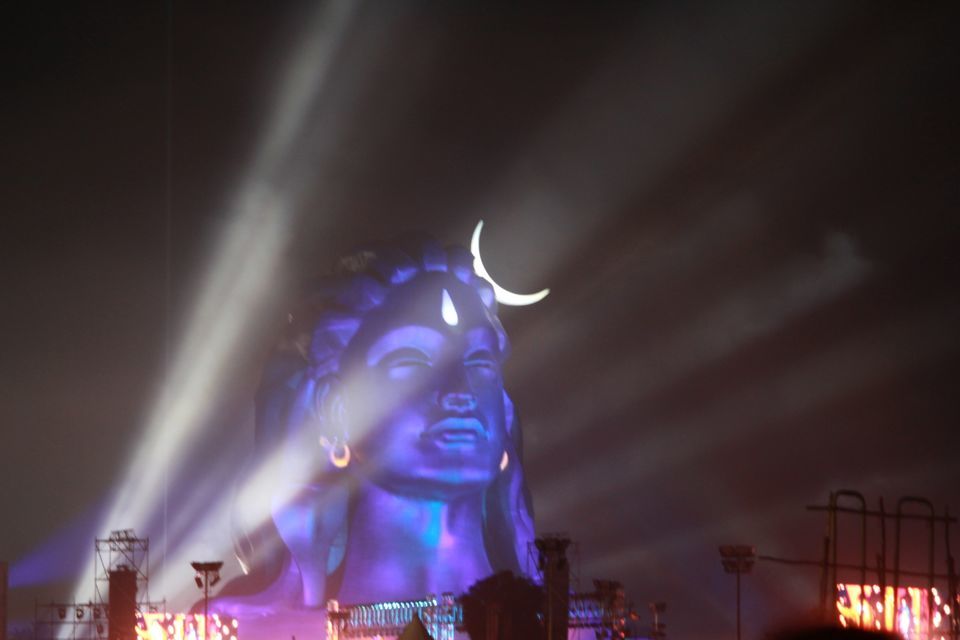