... So it all begins with an unplanned trip to Dharamshala, while we were returning back from Vaishnodevi shrine. The old guy seen in the picture (at the extreme right) is Mr. Geri Siyong or my Young Old Friend as I call him. He is a local store owner at Dharamshala main market. So these guy was not anything of his age but a sweet young child who had wrinkles of the experience his life gave him. We met him with a few fellow foreigners accompanying me n my parents as a part of hotels rent a car package. We went to Geri's shop to see few local made artifacts but were more mesmerised by his extremely sweet and kind nature. Me and my dad spoke to Geri while my mom and fellow foreigners were busy looking at the articles in his shop. They bought a few wooden show pieces (speciality there) and We left his shop with a pretty warm feeling. Fast forward to 3 hours later when we reached home, my dad found that his Men's pouch was missing which not only had our return tickets but also his asthma pump n medicine. He panicked and so did me n my mom as temperatures began to drop by night and we were staying at a hotel away from town and main market area so hardly any chancesof finding a medical shop hvng prescriped medicines or pump there. but after sometime when we had almost actually left the hope and were thinking of alternate solutions of what can be done came a call from the reception that someone was there to see Ms Trupti Rawal (my mom). Knowing no one at the city we were obviously surprised but went ahead to check and there standing far away at the entrance of the hotel was Geri with his bicycle. He was holding my dad's pouch and had that ever glowing smile on his face. Even with those wrinkles on his face his face looked fresh as a Kashmiri Apple and smile that could brighten anybody's day. We went ahead to meet him.. he actually rode his bicycle all the way from market to hotel (almost 10-12 kms) away in the freezing temperature just to return the pouch. My dad at his shop had casually mentioned the hotel name where we were staying and somehow by luck or almighty's wish my mom had filled the feedback book at the counter of his shop. So back to my young old friend, he gave us the pouch back.. my dad also invited him for the dinner which he sweetly declined but next day before leaving the city we visited his shop again, thanked him, gave him some cash as a token of thanks, met his grand daughter whom i also later tried to find on Facebook but had no luck. If this story reaches her, it is just to let you know Sommy, your grandfather is a great guy!!! The aim of writing this story is not just making it a participating story, it is a message to Sommy Siyong from Dharamshala, just to let you know that your grandpa is a great guy, his ever glowing smile and sweet way of talking are still afresh in our minds. We are heartily grareful to him, and we will always be. Sommy if you are reading this.. Your grandpa deserves a cheers!! We remember Geri more than anything we saw at Dharamshala. All's well that ends well!!! Thankful to Geri always, also the almighty who thought we were deserving enough to come across such an angelic person. My Young Old Friend ❤️ 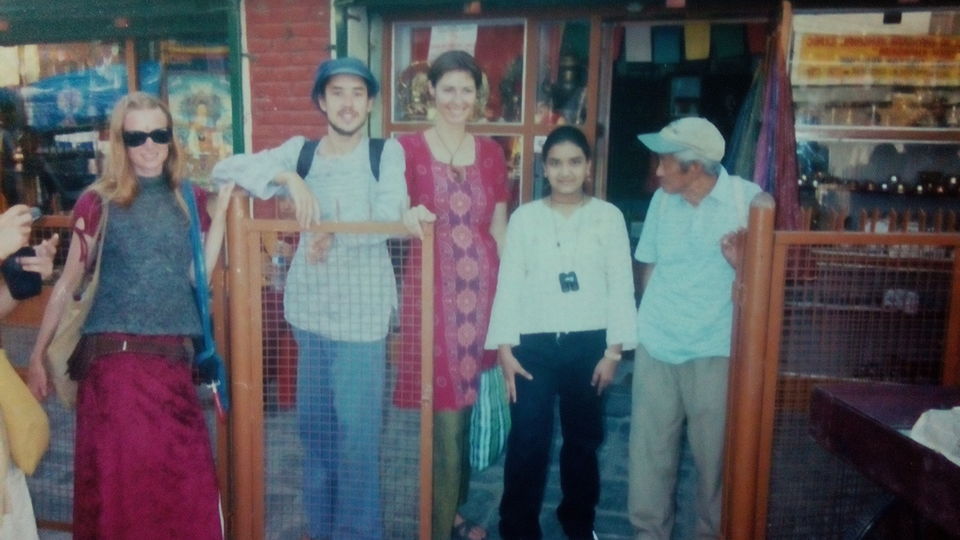