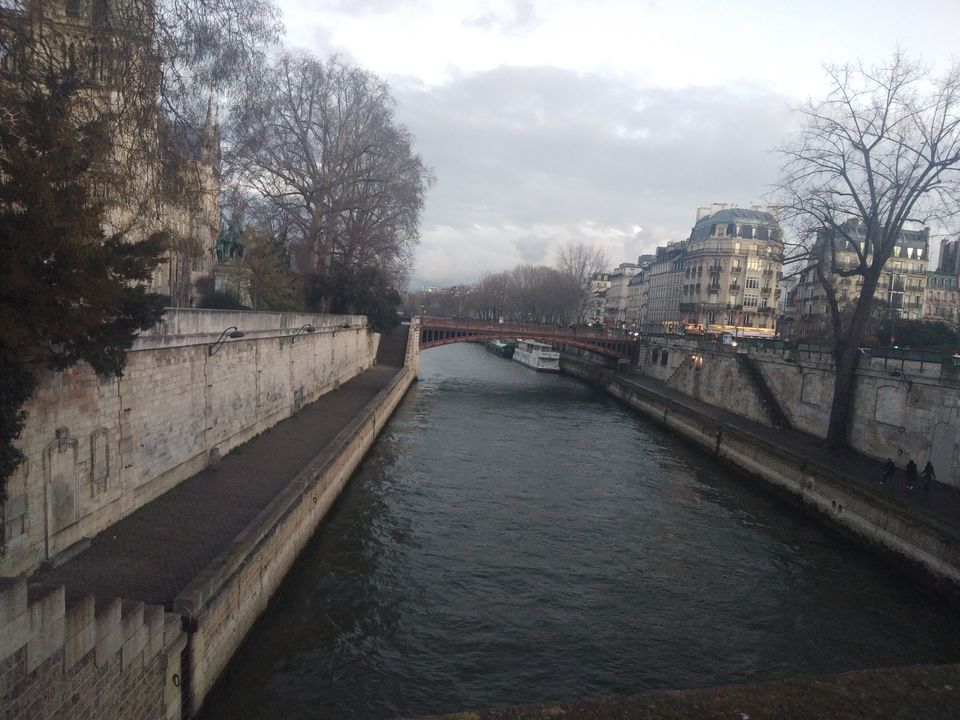 Finally I was in Paris with mixed emotions.

Now I had to reach to TOLBIAC for my hotel where my friends Alice & Eric made the bookings for me and them. I want to tell something that Alice and I met on a language exchange site almost 4 yrs ago to exchange the learning of our language and culture. With the passage of time we became best buddies. We developed a special connection with us and started sharing our happiness , sorrow , other emotions with each other. She introduce me to Eric and he is such a nice person.

Now it’s time to find my way and explore the PARIS city.

Wao I was super excited to travel in Metro just like Parisienne’s do. Ooooo, I entered in the metro station and went to get the ticket from ticket machine.

I am eager to reach to TOLBIAC and see my friends whom I promised that I am gonna meet them soon in Paris.

Although getting a ticket is not a difficult task, but it could be if there are all instructions are in French only and you don’t know the type of ticket you need to buy.

Now I was standing in front of the ticket machine to get the ticket and thinking which one is the right ticket, then a girl came and offered her help. Finally i got the ticket.

I thanked her and moved with my ticket. I punched that ticket twice and thrice but it was not allowing me to enter into the metro station and take my metro. Then i checked the ticket and realised it’s for samedi et dimanche, means valid for Saturday and Sunday’s only. Fortunately i was there on Wednesday. I was thinking what should I do now with this ticket?

Then I saw a cop , went to him and explained him the situation . he told me the same thing that it’s for Saturday and Sunday and you have to buy a new ticket. So I decided to get the another ticket from the ticket machine, it didn’t occur to me that I can get it exchanged.

Now I was more alerted to get the correct ticket, a french guy was standing next to me and I rechecked with him before taking it out. He helped me and luckily it was right ticket this time. Although it was correct ticket, but it was again playing with me and didn’t allow me to enter :-) . So a cute girl saw me while punching my ticket, So she asked me do you want to go inside and I said yes then she took me inside with her on her single ticket. It was fun . She asked me to follow her, so I followed her and she took me inside with her and once we were inside she winked at me and waved.

Then I thought I should do something with these tickets and asked the way to customer service center and moved there. There was a long queue at the customer service desk so I kept standing in the queue to wait for my turn and the queue was moving slowly slowly. Meanwhile I met un etranger who was also struggling with the tickets. We both were in same boat and laugh together over the situation. Finally after 15 -20 mins I was at the front of the queue and a lady was sitting there at the window. I was explaining her that I got 2 tickets and both are not working and she was like give me one ticket and tell me the situation one another the another. I gave her first ticket and then explained and did the same for 2nd ticket. She was bit rude, but it was okay because she exchanged my both the tickets. she exchanged my one ticket for next 1 day metro journey and another one for TOLBIAC where I desperately wanted to reach with my luggage. After all everything was sorted and I was in the metro. Truely speaking the metro station and metro was giving me the feeling of DELHI’s metro. It was fully loaded with people like our Delhi metro. I didn’t imaging so much population over there. I always had an impression that Europe with less population.Finally I reached to the station where ALICE told me to get down and take the bus to TOLBIAC, It was like 4 stops away from the metro station. And I reached there somewhere at 7:00 pm. And my hotel was just opposite side of the bus stop. It was too cold and windy in January 2o19.

After getting down from bus I walked toward my hotel, and luckily I located it from the distance with the hotel’s name light. And get into the hotel and waited for Eric. He reached there around 8:00pm and meanwhile I tried to speak in French with the girl who was sitting at front, but her accent was completely different. So I couldn’t get her and dropped the idea to talk to her, because she didn’t know English.

As Eric arrived there he talked to that girl and took the room keys from her. And then we went to our rooms and he asked me to meet at 9:00 pm at reception area, then we went for Dinner. Eric is so cute , he found a vegetarian restaurant, because I am vegetarian. It was situated near to our hotel, it was hardly 10 mins walk from our place. There we had a good veg dinner , wine and tiramisu in dessert. It was really nice.

During the dinner, he was telling me things about Paris and his family. And he told me that Alice’s train got delayed and we will go to pick her up from the station after finishing our dinner.I was excited to meet her after long time,We had our dinner and moved toward station to pick her up. He asked me if I want to go via taxi or preferred to walk. I said i am a walking girl so definitely will go au pied. We walked and during walk I realised Paris looks really beautiful in the night. Streets were enlighted, people were out with families and friends to have dinner and drinks. I also saw some of the homeless people there on the road which was a surprise for me because I never heard of having homeless people there in Europe. And then Eric explained me that some are there because of the drugs addiction. Then we kept walking and observing things in the city.There were many people walking on the road , enlighted lights were looking really beautiful and wind was freezing. It was giving me cold feeling and I could feel how strong winters were there. Fast blowing wind was so freezing.

Finally we reached to train station to pick Alice the wonderland. Her train has arrived but she was not visible. just like a surprise she came in front of us. We all were really content to see each other.

Now we 3 took the taxi and did a small tour of Paris in night. We saw le tour Eiffel, arc de triumphed, Norte dame , river seine in the night when it’s drizzling. It was so wonderful and beautiful. Paris is a twinkling city in the night.

The next day i visited each of these places , monuments with Alice and admire it closely.