A Guide to the Best Nightlife in Berlin

Berlin's reputation for wild and decadent nightlife is well deserved. Club life spreads across Mitte and the waterfront parts of Friedrichshain and Kreuzberg and rarely gets going before 1am. Whilst Berliners take their weekend partying seriously, even the big clubs come and go so the scene is always fresh. Bars and pubs simply stay open as late as they want and are scattered all over the city with particular concentrations in northern Mitte, along Kastanienallee, around Simon-Dach-Strasse in Friedrichshain, and in the Schlesiches Tor neighbourhood of Kreuzberg. You'll also find that the definitions of bar and pub in Berlin are often blurred, so you can stay on drinking after your meal, and drop into a restaurant and enjoy a drink without ordering food.

This is an elegant bar/lounge in Mitte for 'grown ups.' At least that's what founder Till Harter (the man behind 103) had in mind for Tausend, a high-design, upscale establishment. Try a bracing Wasabi cocktail in summer or a malt whiskey served with local pine honey in winter. Go late, look sharp. With Tausend's unmarked entrance – look for the iron door under the train overpass – and strict entrance policy, it's also as exclusive as Berlin gets. Here's where the well-heeled see and are seen while sipping innovative drinks in a tubular, steel-ceiling interior lit by eerily eye-like 3D installations. 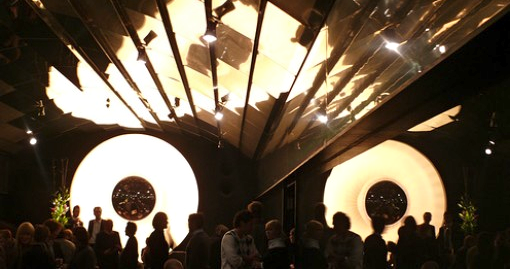 The Newton Bar is one of the classiest places in Berlin for a casual drink. Named for famed photographer Helmut Newton, the bar exudes style from ever corner, and even from the risqué full-length print it is famous for. Old school ambiance, fine cigars, exquisite cognac, what else is there? The place always attracts a mixed crowd of tourists and locals to revel in a superb selection of cocktails and other indulgences. This is indeed a very special place to relax. 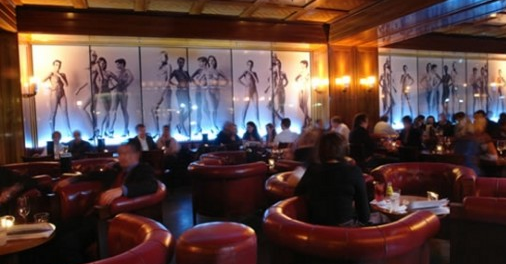 Absynth Depot is a bar/shop that obviously caters to those in search of the rare and ultimately powerful drink of the same name. The legendary "green fairy" of Absynth was made famous by the artists like Van Gogh who partook of the spirit. This quaint shop offers some 60 varieties of the spellbinding stuff. The prices here are pretty high, and service is not really at a premium either, but for the perfect exhilaration the essence imparts, this is the place to experience it. But be careful, too much and exhilaration can turn to lopping off one's own ear. 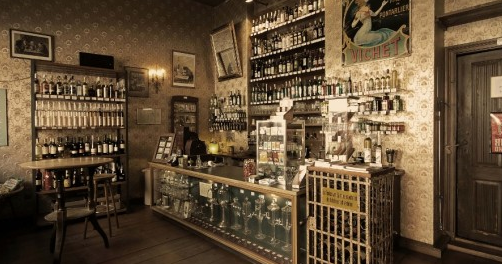 Opened in 1892, Gaststätte Hoeck (Wilhelm Hoeck) is considered the oldest pub in Berlin. The atmosphere testifies to this with old wooden panels and antique bottles scattered about. The place is warm and welcoming as ever. Cocktails and even fine cuisine are here for the asking. 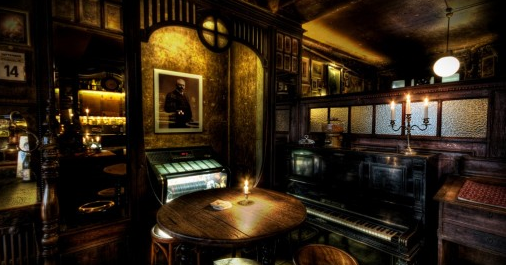 Located in the Grand Hotel Esplanade Harry's New York Bar is one of Berlin's most famous bars. Cocktails here are so superb this is one bar actually famous for them. An elegant venue, also expect live music to the tune of the bar's piano. Mixologists at Harry's build classic Martini's beneath the portraits of US presidents while a jazzman tinkles on the piano. 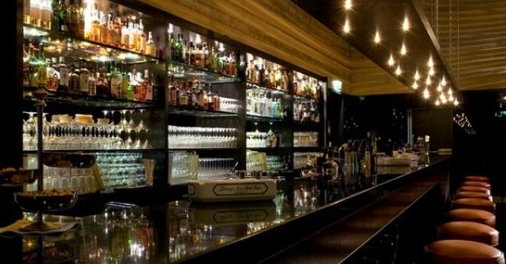 One of Berlin's premier jazz clubs, Quasimodo has a variety of music for you to enjoy. Latin, rock and more are offered here almost nightly. Stop by in the middle of the week and you'll find local acts performing. Quasimodo is also an integral part of the summer festival, Jazz in July, making it a great place to hang out if you're visiting Berlin in the summer. 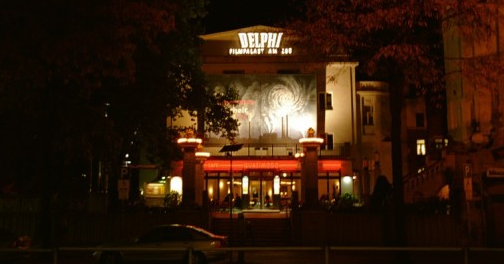 Despite its reputation, there's more to Berlin life than minimal techno – as White Trash Fast Food proves. This is a self-consciously over-styled all-in-one burger joint, tattoo parlour, tiki shack and smoking cinema – a hangout for rock'n'rollers seeking 50s retro, rockabilly, surf, garage and punk sounds along with newer guitar-based blues music (think The Strokes, White Stripe and Kitty, Daisy & Lewis). Book ahead for a dinner table, and then head to the basement bar to kick out the jams. Prepare to dress up – the waiting staff look like extras from Happy Days – if it had been directed by John Waters that is. 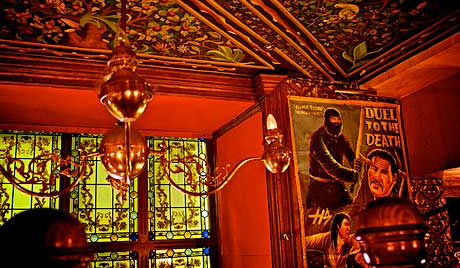 If you're looking for a place to really get yourself going, try the Berghain/Panorama Bar. In a meticulously re-purposed former power station, these separate but connected club spaces of the Panorama Bar is open all weekend; the bigger Berghain is open only on Saturdays. Combined, Berghain/Panorama Bar is simply the best club in Berlin. The door policy is savage, but inside you'll find a spectacular interior and a sexually charged, anything-goes atmosphere that pulses to a world-class sound system. Powered by some of Europe's finest techno DJs, this is Berlin decadence, 21st-century style. 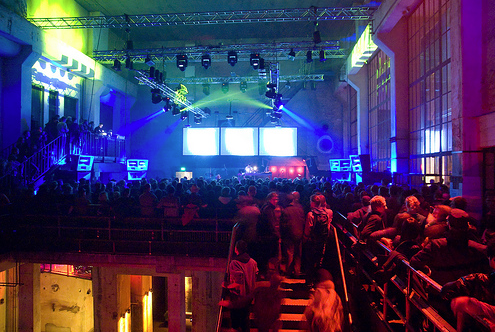 A split-level, Spree-side destination for Kreuzberg's natives and visiting house and techno fans, Watergate enjoys a terrace overlooking the river and the majestic Oberbaumbrücke right in the heart of hipster heaven. Upstairs guests find techno sounds from homegrown talent such as Panpot and Sebo K, and Detroit royalty including Kenny Larkin, while the downstairs "Waterfloor" offers up-and-coming talent. A combination of hardcore sweatbox and spangly disco locale (the under floor lighting helps), Watergate is among the best on Berlin's thriving club circuit 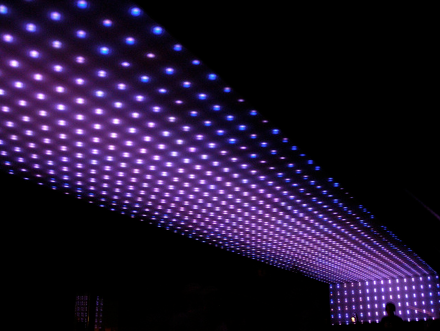 It claims to offer "advanced urban clubbing", which perhaps means Berlin's ongoing shift from repurposed shabby-chic venues to smarter, New York-style joints is well under way. What's true is that Ashpalt is a swanky boîte in the basement of one of Mitte's business hotels, with an attractive restaurant attached. Its feel is distinctly American, while the music veers towards goodtime disco and up-tempo house rather than minimal techno. Local hero Hugo Capablanca plays regularly, as do other residents from King Size, the hip bar not too far away on Friedrichstrasse. Less intimidating than Berghain, more central than Watergate, Asphalt is staking a claim to coolness in the heart of tourist Berlin 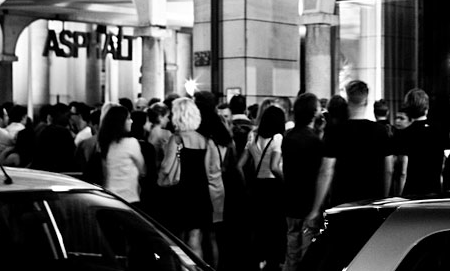 Club Der Visionaere – a collection of canal side shacks near the Spree in Kreuzberg – is the destination for those who never want the party to end. True to the Berlinische insistence of relaxation, it's an understated, marginal kind of place where clubbers hang out on post-party weekend mornings or afternoons. The default soundtrack of minimal techno was imprinted here when Richie Hawtin and Ricardo Villalobos held their residencies (they no longer do), and though the hipster crowd can get excitable on Saturday nights, CdV makes most sense on those wasted, sunlit hours when work seems a long way away. 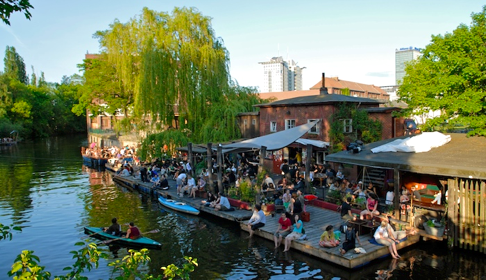 Tourists flock to the adjacent Fernsehturm TV tower for views across the city, but Berlin's clubbers know the best view comes at dawn when sunlight bursts through the windows of the Haus des Reisens, the former Soviet tower block that contains Weekend. Now open on the 12th and 15th floors with a roof terrace bar too, the sensationally successful Weekend has taken Berlin's underground rave scene and hoisted it into the stratosphere. Popular with easy jetters seeking cheap thrills, it hosts credible house and techno acts – look out for spots from Tiefschwarz and Jazzanova's Dixon, British expat producer Ewan Pearson and avant-techno stars such as Trentmøller. 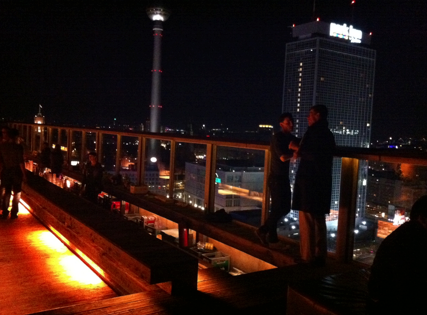 A Berlin clubbing institution now in its sixth venue in 15 years, Cookies offers the best of underground house and disco in its central room, plus a more varied playlist, from indie to hip-hop, in its smaller second room. A more glamorous, uptown experience than its counterparts, this is nevertheless an organic, family-and-friends enterprise: DJs include local spinners as well as fancy imports from clubs such as the old Paradise Garage in New York. Mature partygoers book a table at its upstairs restaurant, though leaving the dance floor before 6am is not the done thing. Make no mistake, Cookies is about partying hard. 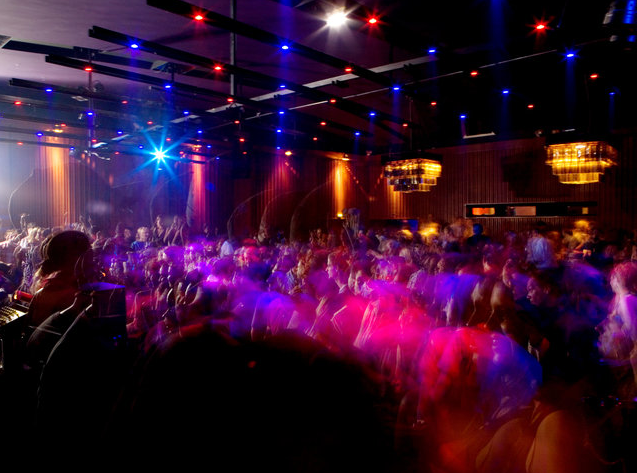