Following the footsteps of Hemkund Sahib

Before climbing the mountains of Hemkund I was not at all familiar with the Sikh culture and their devotion to the Great Guru Gobind Singh. Neither had I visited to Amritsar nor any parts of Punjab before to feel that experience. That devotion I witnessed at 15000 ft above sea level is still floating on the stillness of my memory. I can say this is a high altitude cross religious walk of a south Indian who stays far away from the Sikh religious territory.

We left our hotel room in Govind Ghat early in the morning. My fellow traveler, who is well experienced in the Himalayam region, has set a target to reach Hemkund by same say. It was still dark and somehow we managed to walk with the help of mobile phone torch lights. After walking almost one hour we met the first tea seller who was just waking up. As the sun started hitting the snowy Himalayan Mountains we took a bath in the chilled Hem Ganga stream that originates from Hemkund and finally falls on the Alakananda river. Our water bottles were refilled with the purest Himalayan mineral water. When we reached  Ghangaria it was 1 pm. Two hrs late as per our plan of covering this 19 km trek. Later while resting in a hotel room in Ghangaria I put the blame on my heavy backpack that made me exhausted and forced me to stop every 30 minutes for drinking tea and taking rest.

Ghangaria is a stopover place for travelers to Valley of flowers and to Hemkund. Since we reached late we decided to postpone our Hemkund trip to the next day and went to the valley of flowers instead. The valley is the most divine place I have ever seen. The air was filled with the fragrance of the flowers. When I came back from the valley of flowers, in the night just before sleep, my mind flashed back to the visuals of pilgrims I met during the journey. Most of them are aged, men and women, with their face filled with the joy of visiting this sacred place in their lifetime. And their mouth was chanting the verse of “Satnaam Waheguru”. I met a handicapped man, who was affected by polio, climbs down after visiting the holiest point where Guru Gobind Singh once meditated in solitude. As per Bachitra Natak, the autobiographical document of Guru Gobind Singh, it was Hemkund 'adorned with seven snow peaks' that he meditated in his previous birth. Today it is emerged as a popular Sikh Pilgrimage center visited by thousands of devotees from all over the world in every summer.

Distance from Ghangaria to Hemakund is 9 km. But walking this distance is the most difficult part of the whole journey with steep uphill with glaciers and broken path. Here man surrenders to the kindness of the Mighty Himalaya. May be the reason why the Himalaya is considered as the adobe of all Gods. After 4 hours of difficult trek we reached the final destination, Gurudwara Hemakund, situated by the side of the beautiful lake Hemkund. A Lakshman temple is also situated in the lake side. The temple priest was so happy to receive us as we were the only two temple visitors at that time. Finally we entered the Gurudwara to watch the prayers and rituals. After spending some time we left the holy place with a schedule to reach Govind Ghat before getting dark. While going back we spent some time in the Village Pulna by chatting with the villagers and taking their photographs. On reaching Govind Ghat at the end of two days long trek I felt the remnants of this journey would stuck forever in my memory. A soul filled journey that has widened my spiritual insight. 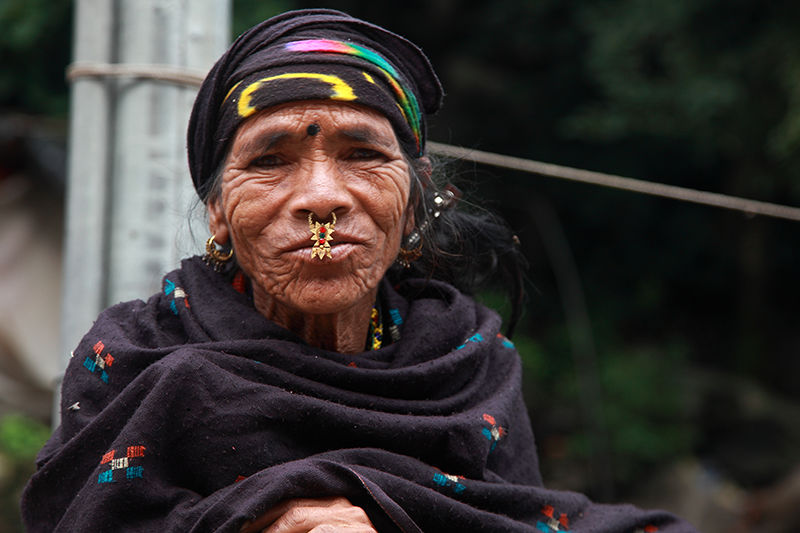 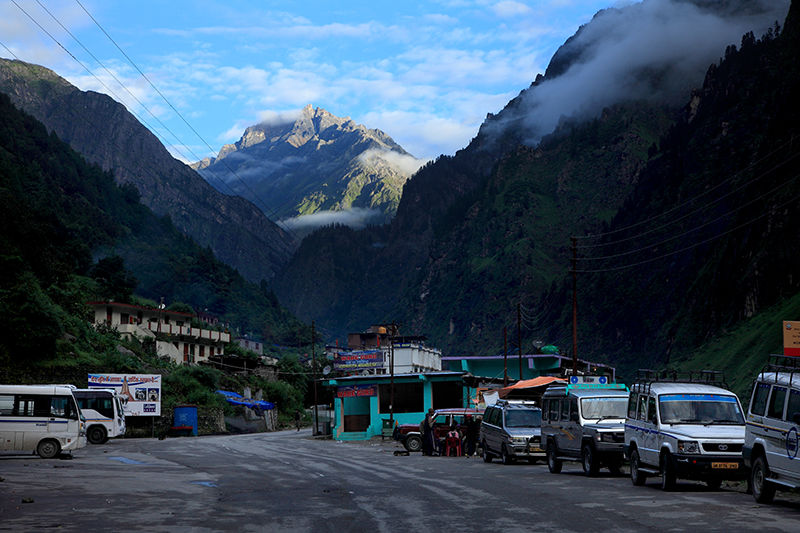 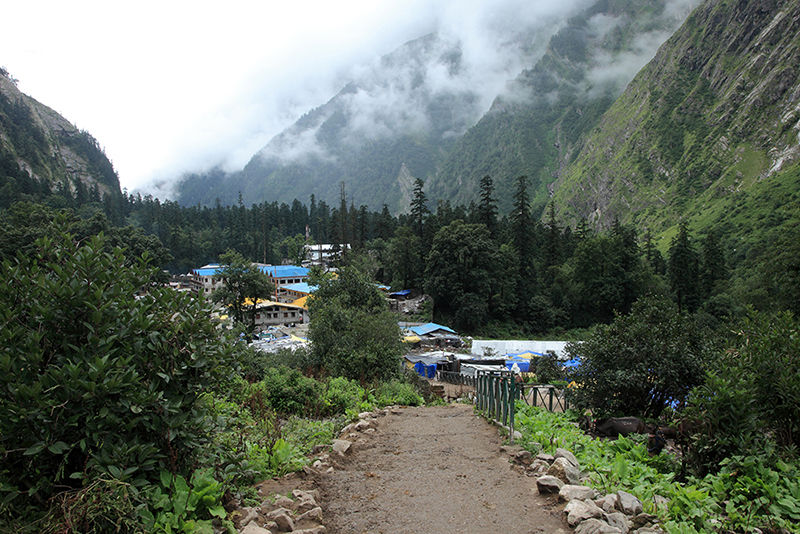 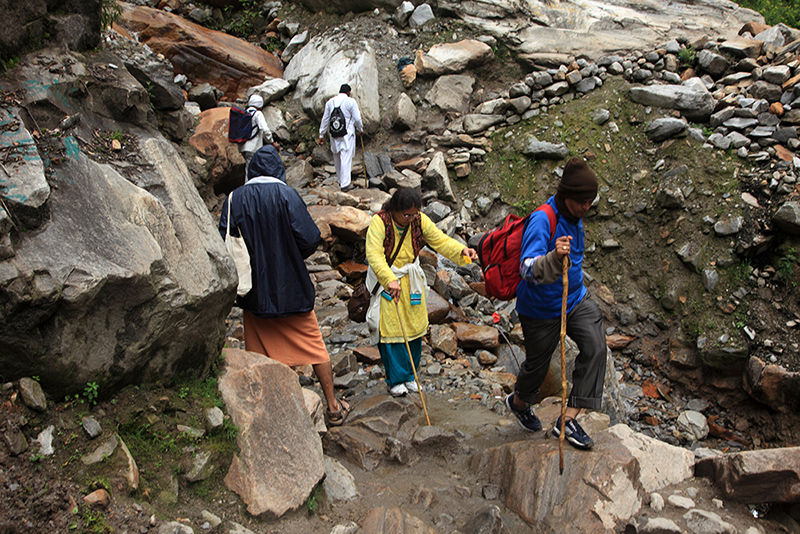 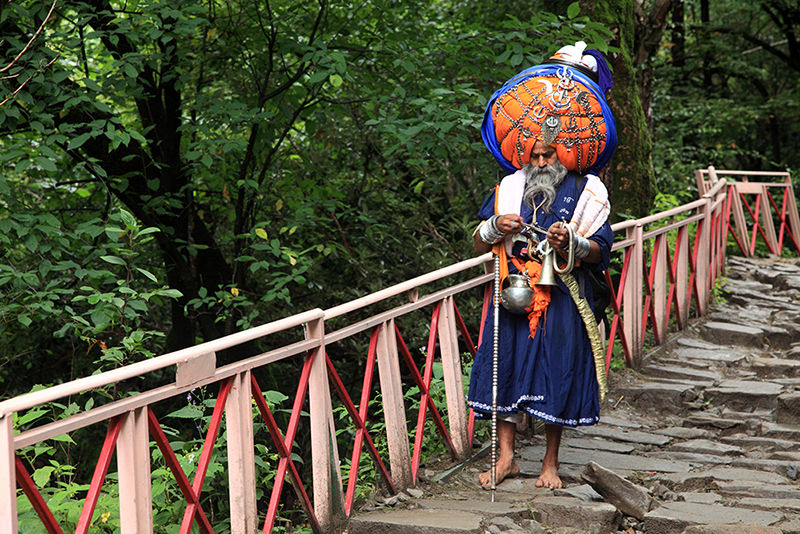 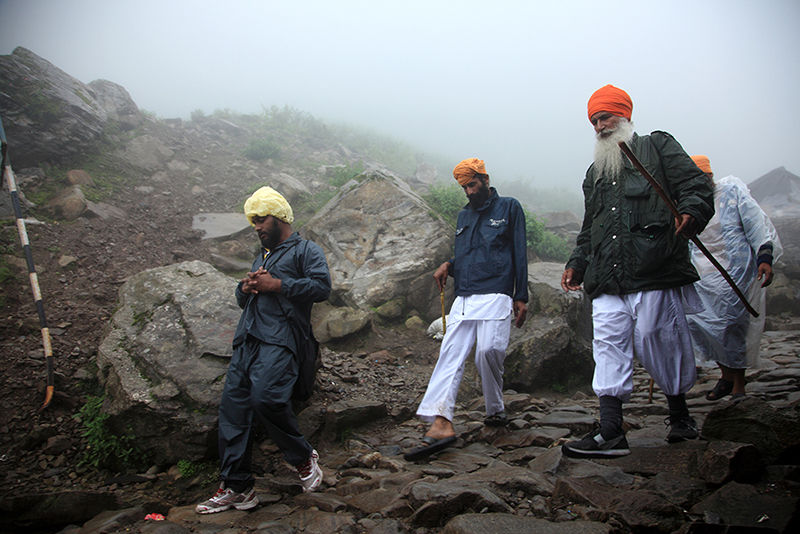 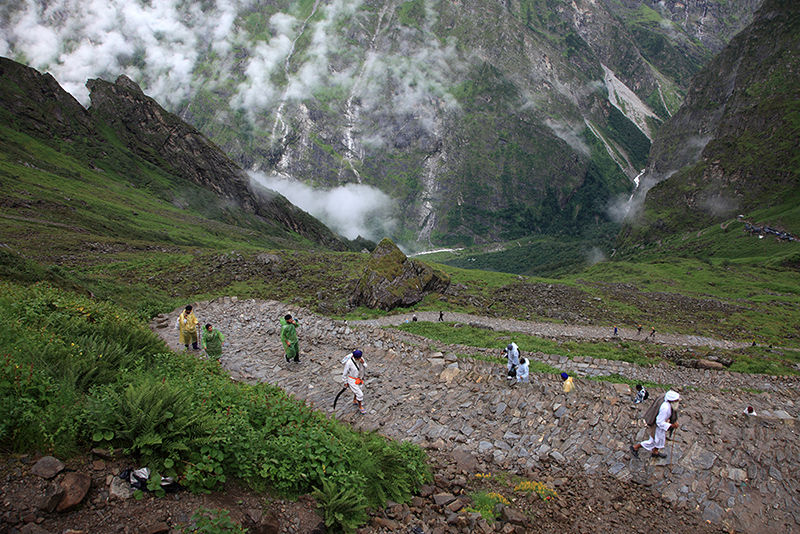 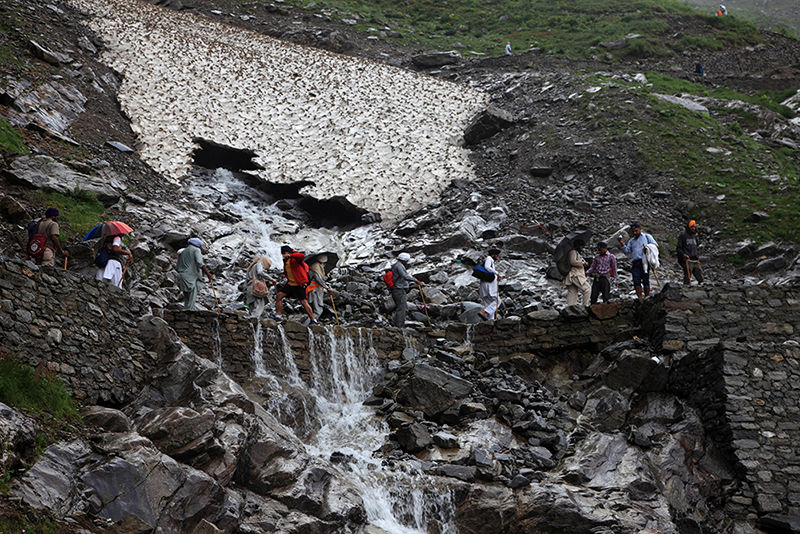 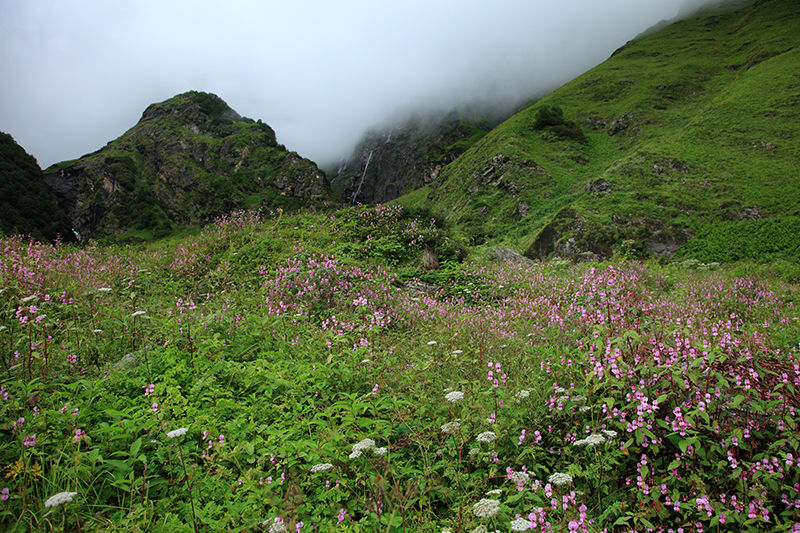 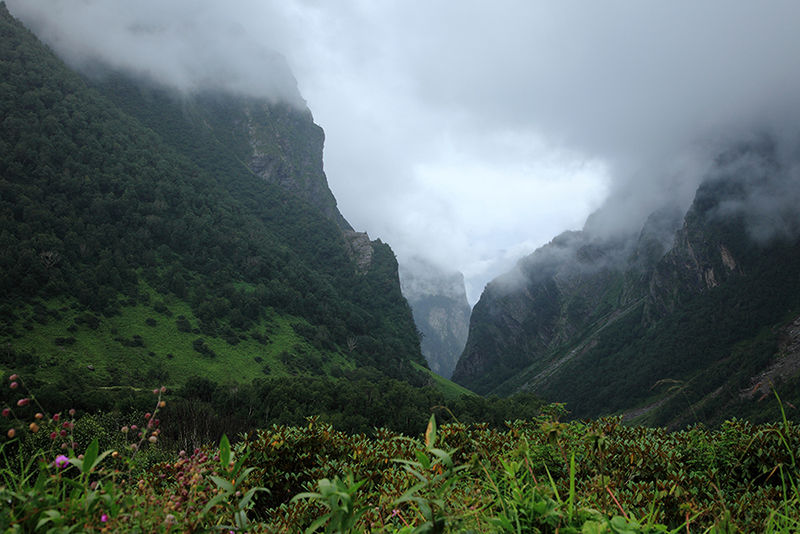 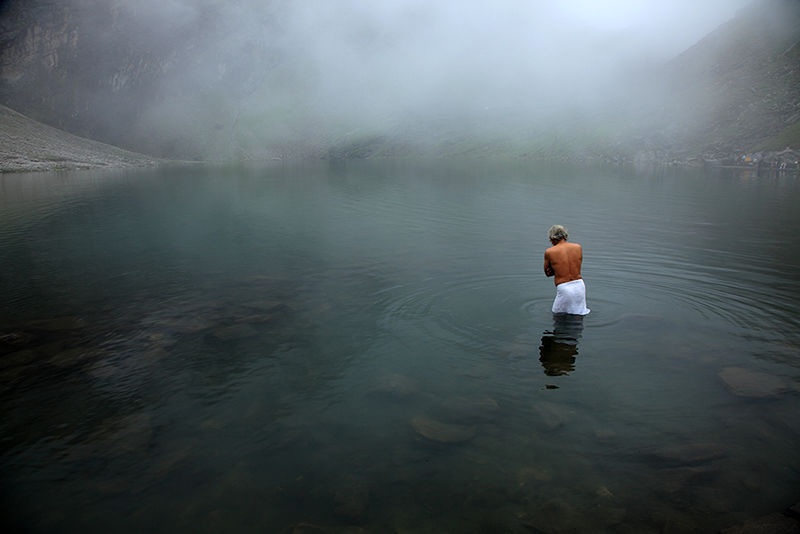 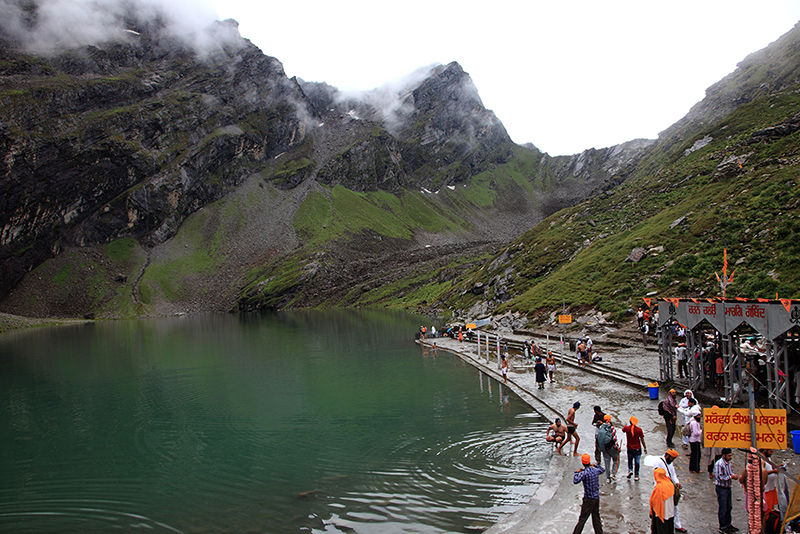