You know that you are quite lucky when you are working in your home city and you have all your school friends in the same city as well. Best thing about travelling with school friends is that, you never feel awkward or embarrassed, no matter how worse the situation may be. Reason - They know everything about you since you have been with them since childhood.

We are a group of 5 school friends, all working in Delhi, in different companies. We made a pact that we will choose a destination every month and will travel to that destination. Though we are lagging by few numbers because of work commitments but we all are ever-ready to new destinations. This May we were planning for a new destination when Hemkund Sahib came to our mind and after doing a lot of research it became our next destination.

Lets hop on the trip itself without much ado. With all the packing done we started from Delhi on the night of 25th May. Our first stop was Haridwar where we reached at 6 AM. Booked a taxi from Haridwar to Gobind Ghat (to and fro). We started at 8AM from Haridwar and were well aware that it will take not less than 12 hours to cover this humongous distance of around 300 Kms into the mountains.

We crossed Devprayag , Srinagar, Rudraprayag, Karnprayag, Nandprayag, Chamoli and at around 8:30 PM it started raining , so we decided to halt in Joshimath instead of Gobind Ghat which was a wise decision I would say.

Next day was the time to hit the roads and trek to Shri Hemkund Sahib. We had a misconception that we will start trekking in the morning will come back to Gobind Ghat by late in the evening, which was cleared as soon as we reached Gobind Ghat.

We boarded taxi for first 3 kms to Pulna village and after that it was time to be rubber tramp. Our first target was Ghangaria, which was 10 Kms from Pulna. Our trekking speed was directly proportional to our stamina. We were tested to our fullest during the trekking. I almost died two or three times :-) . But the view during the trek was mesmerizing and was giving us the strength to trek further. Upto a place called Bhayudar, river Laxman Ganga flows you along the path. We reached to Ghangaria at around 6 PM and stayed there for the night. Please note that nights as well as days are chilling at such altitude.

Next morning we woke up at 4AM and started trekking at 4:30 AM. Now was the time when our endurance was tested upto maximum limit. Altitude from Gangaria to Hemkind Sahib increases exponentially. As we were not regular trekkers, it took around 7 hours to reach Hemkund Sahib. The beauty throughout the trek is out of this world. Greenery, waterfalls, snow and what not. Till the time we were walking it was ok but as soon as we stopped for rest, even with 3 layers of clothing we were shivering.

And finally at around 12:30 PM we reached Shri Hemkund Sahib and it was so beautiful that we forgot that we were tired like hell.

Within minutes we took bath in Shri Hem kund(chillness of water is felt till the bones) and sat inside the Gurudwara Shri Hemkund Sahib by comforting ourselves in the blankets (provided by Gurudwara management) and attended the Ardas. After this we had scrumptious langar and I must tell you that simple khichdi never tasted this good.

With energy meter again on full reading we started the descent at 2PM and by 5:30PM we were back to Ghangaria. As our driver was waiting for us since morning at Govind Ghat, we decided to trek down the distance of another 10Kms to Govind Ghat on the same day. So starting at 6PM we travelled through the thick forest in the pitch darkness with only two torches at our rescue and reached Pulna by 10:30PM and took taxi for Govind Ghat.

The memories that were created during this trip will be cherished for whole life.

The view: About to reach Ghangaria 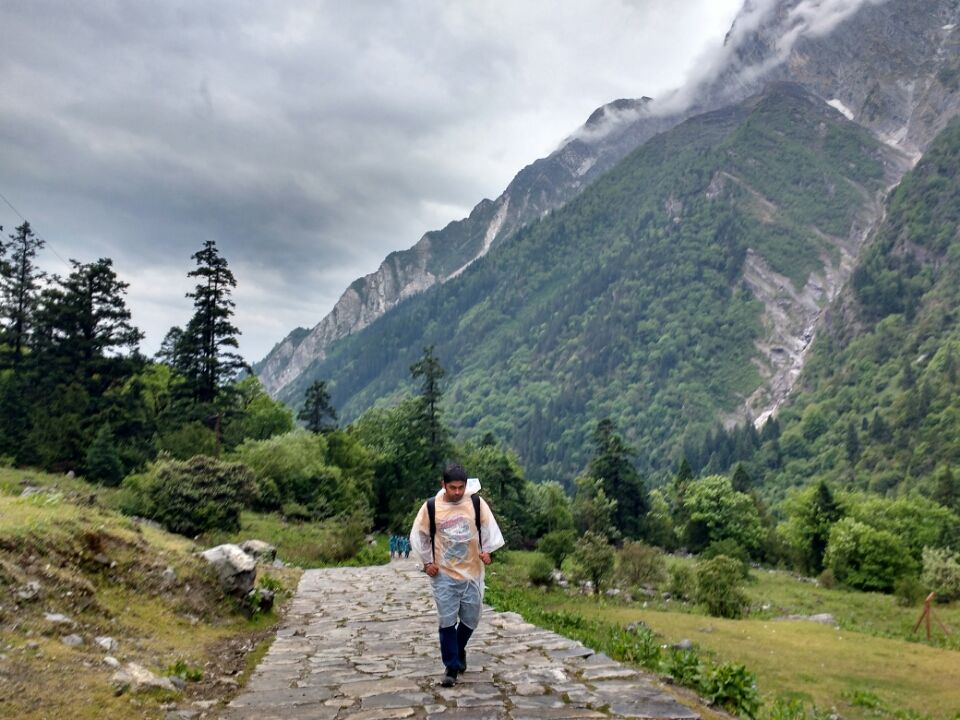 Glacier on the way 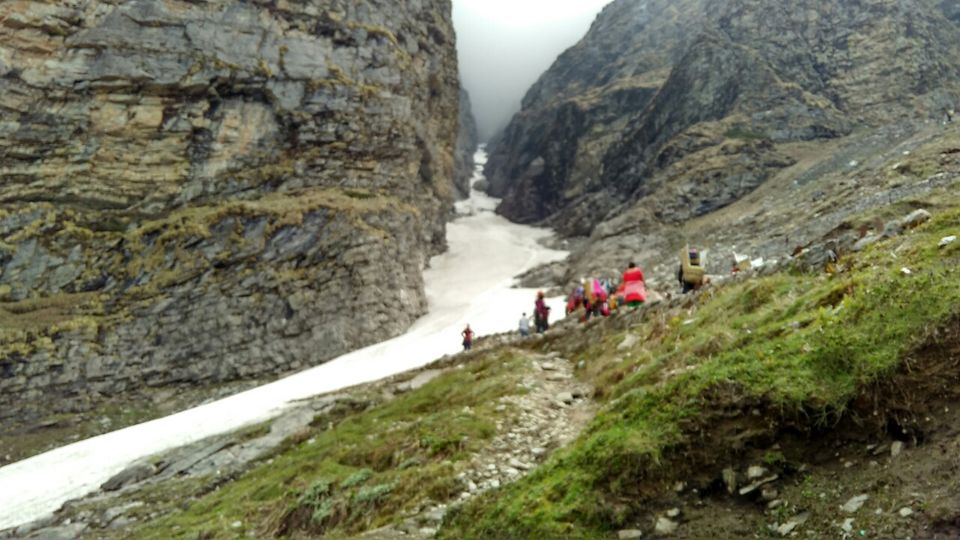 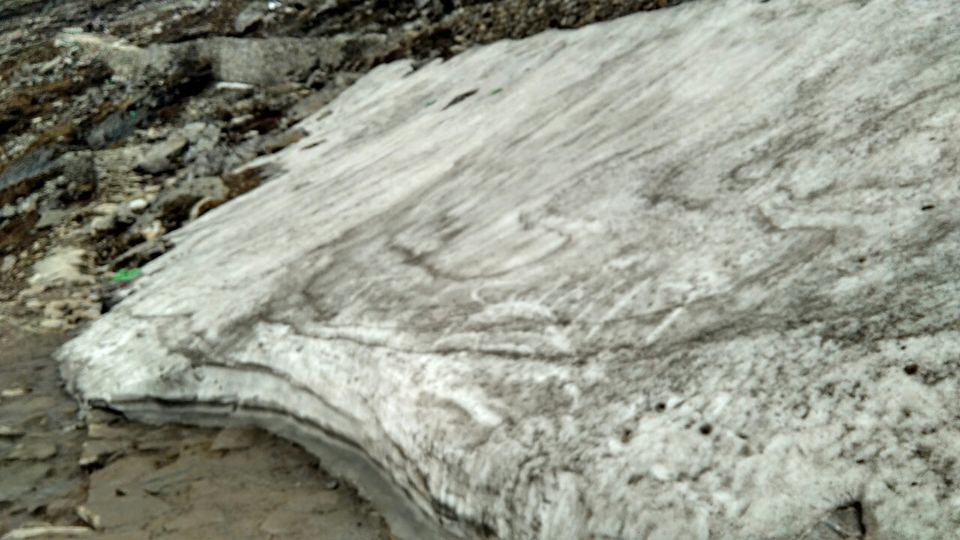 On the way to Ghangaria 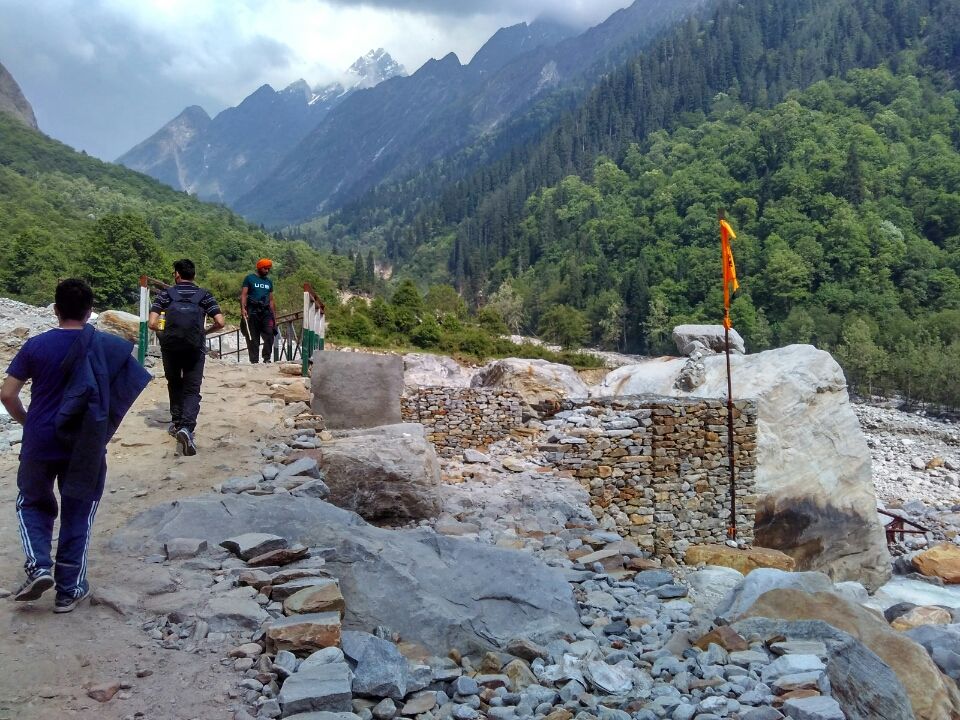 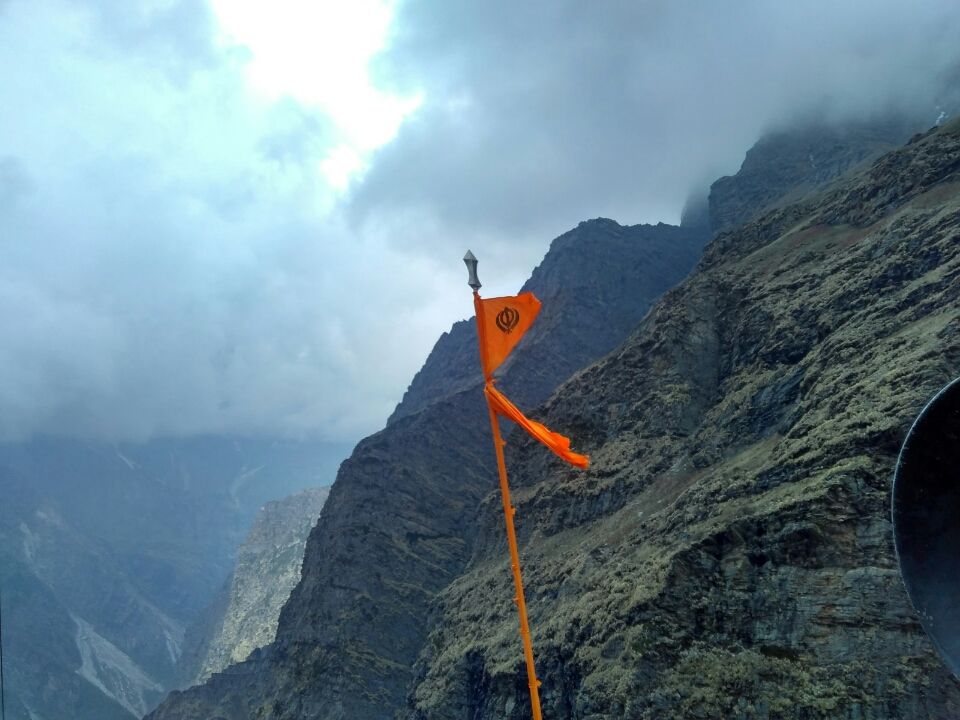 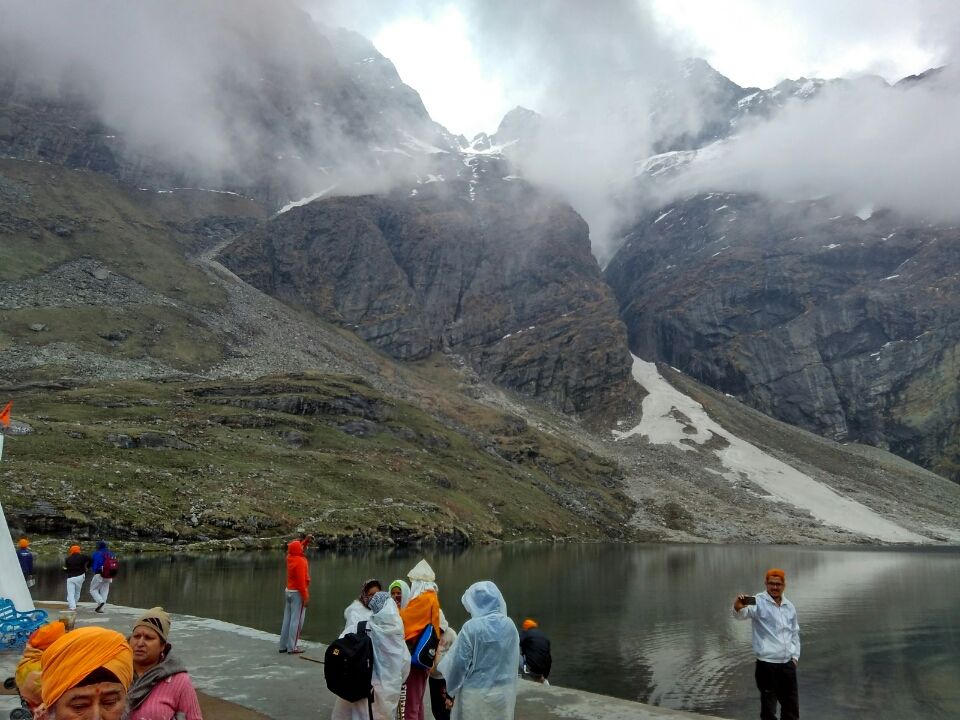 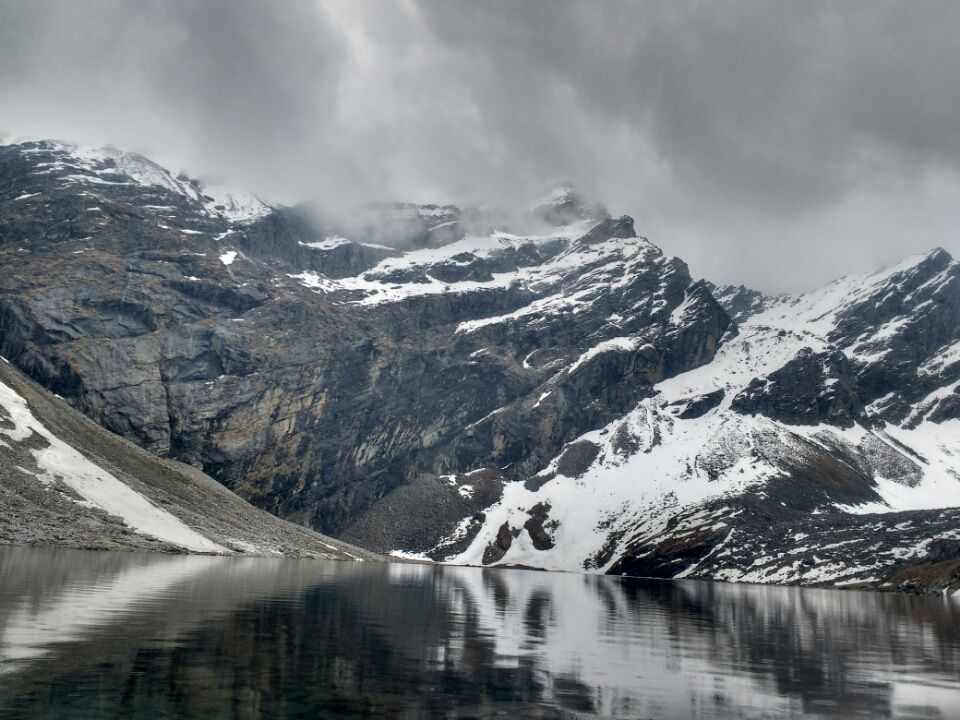