Goa Travel GuideGoa TripsDivar Island Goa Itinerary: How To Reach And Things To Do On Divar Island

Divar Island Goa Itinerary: How to Reach and Things to Do On Divar Island

Divar Island lies on the Mandovi River in Goa and is home to some fascinating people and cultures. Its history dates back to a time when Divar was home to the massive Hindu population of Goa. But when the Portuguese started religious persecution, its residents escaped to other parts of Goa, leaving behind ruins of temples and monuments of religious significance. Another reason behind the abandonment of Divar Island Goa by the people of Old Goa was a plague epidemic that spread at the time.

Though now a flourishing town, remnants of its isolated era are evident in elements and places that time forgot. Not many tourists find their way here, but when they do, it's usually around the time three major festivals take place across the four small divisions of Divar. Two of the popular festivals are Bonderam and Potekar. Bonderam is a carnival that takes place every fourth Saturday of August, when each part of the village takes out their floats for the parade. Potekar, like Halloween, is celebrated three days before Lent and is a spectacle where locals roam around wearing handmade masks and bells!

If you are planning to visit Goa, and want to see more than just beaches and shacks, then Divar is precisely the place to start. 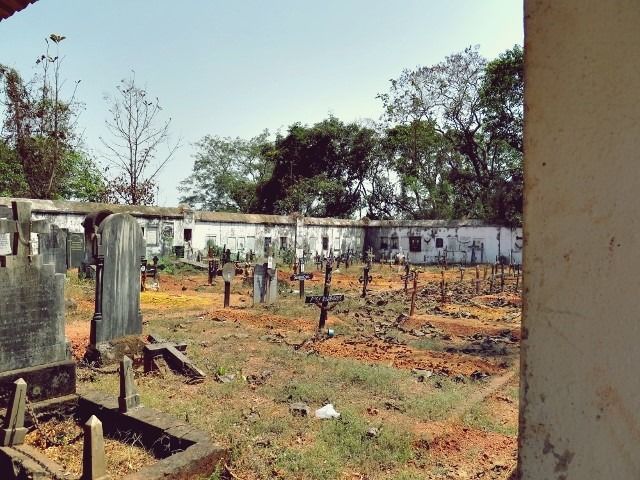 How To Reach Divar Island

The island is about 10km upriver from Panjim. Divar Island Goa can only be reached by one of three free ferry services. A boat from Old Goa (near the Viceroy’s Arch) runs to the south side of the island, while the east end of the island is connected by ferry to Naroa in the Bicholim taluka (district). Another ferry operates to Ribandar from the southwest of the island. Ferries run frequently from around 7am to 8pm.

Things To Do On Divar Island

The ruins of Kadamba Dynasty in Piedade: Divar Island Goa is divided into three villages – Piedade, Malar and Naroa; the largest of which is Piedade. This sleepy village was home to a Ganesh Temple that stood atop the highest hill in the town. The temple, along with other Hindu temples in Divar, was destroyed by Muslim troops at end of the 15th century. And Christians which followed them, acquired the place to build churches and chapels. The hill now houses the Church of Our Lady of Compassion, a cemetery with remnants of Kadamba architecture and a chapel. The small chapel tells the story of religious persecutions, as it was converted from a Hindu shrine. The carvings and stone tracery within the chapel dates back to the Kadamba dynasty in the 14th century. Though kept locked up, the priest opens the shrine when requested. 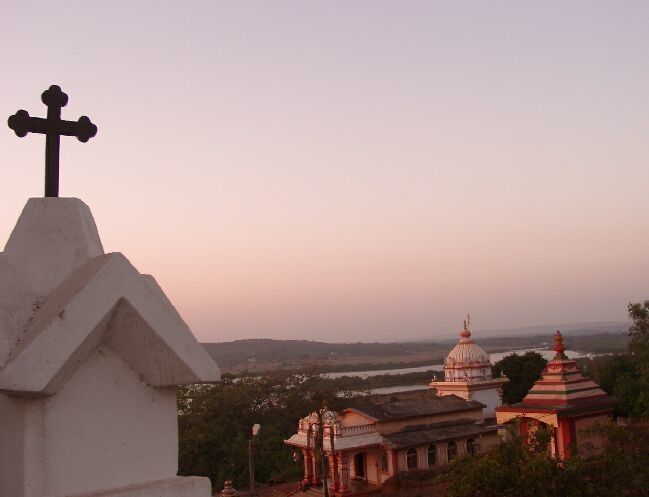 A village stuck in time: The Goan village of Sao Matia, now known as Malar, is straight out of history books. Divar was one of the first places where the Portuguese started mass conversions of Hindu Brahmins, and Malar marks the inception of the island's religious transformation. The Sao Mathias Church, a 400-year old Portuguese church at the heart of the village, is a beautiful structure that is part of the celebrations of Bonderam every year. The Konkan Railway, which passes through Malar, makes it all the more picturesque. You can easily reach Malar through a ferry from Old Goa and Ribander. 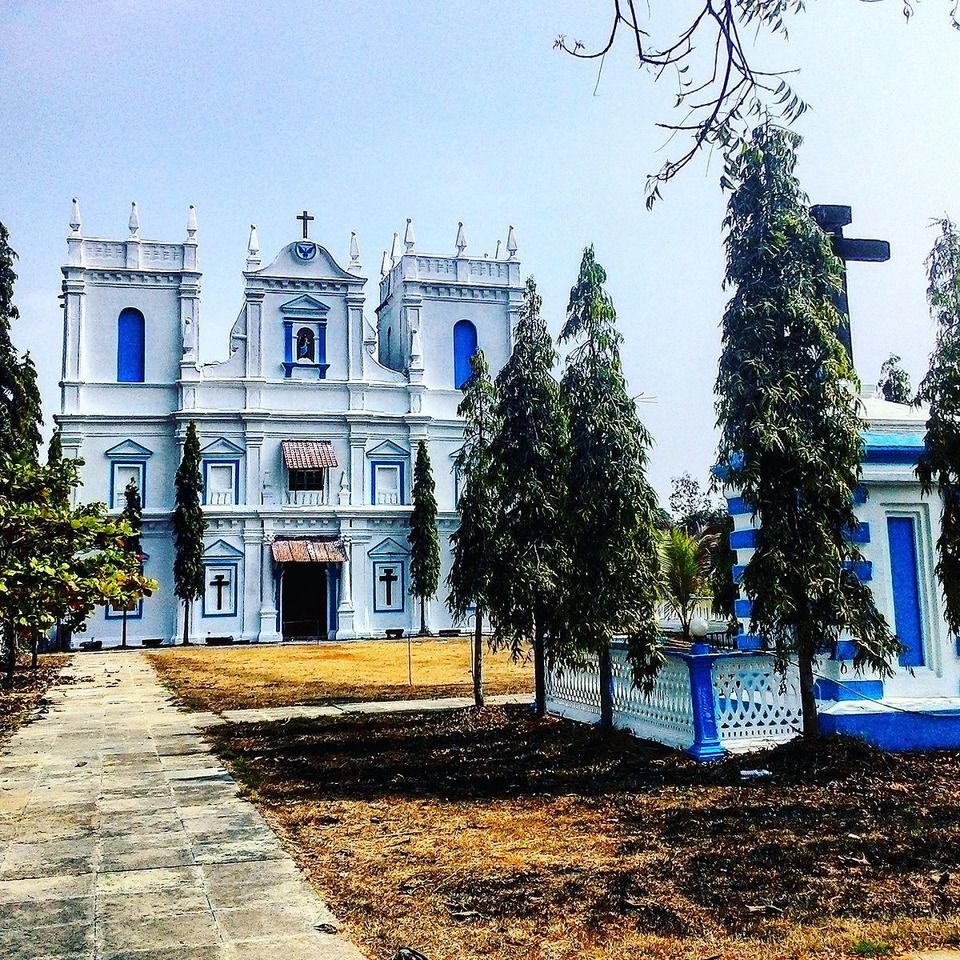 Witness how a pilgrimage centre turned into a ghost-town: The history of Naroa, dates back to the 12th century when it was a pilgrimage site for Hindus. As the site of confluence of three branches of the Mandovi River, Naroa was deemed as a blessed site and thus became home to the Saptakoteshwar Temple. The Saptakoteshwar Temple was the holiest temple of the Kadamba Dynasty, but after its destruction by Muslim rulers and then Portuguese invaders, the bustling village of Naroa lost its relevance. Keeping the history alive are two Christian shrines (Chapel of Our Lady of Candelaria and Fortress Chapel), Naroa Fort and Koti Tirth Tali (the archaeological area which was once the site of 108 temples).

Where to stay on Divar Island

This charming Portuguese villa has been the ancestral home of the Silveira family for over 100 years. Located in the village of Malar on the small and beautiful island of Divar, this place is connected to the mainland only by ferry from Ribandar and Old Goa. 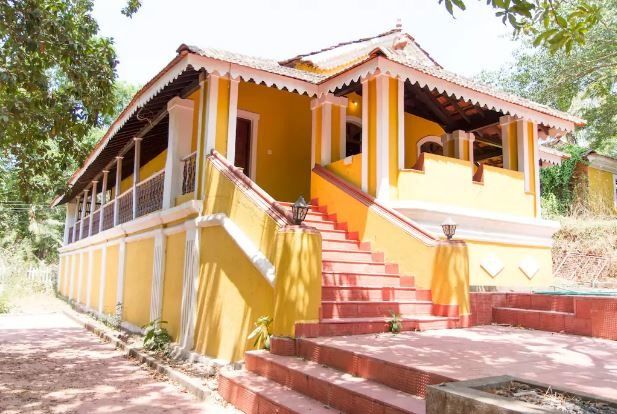 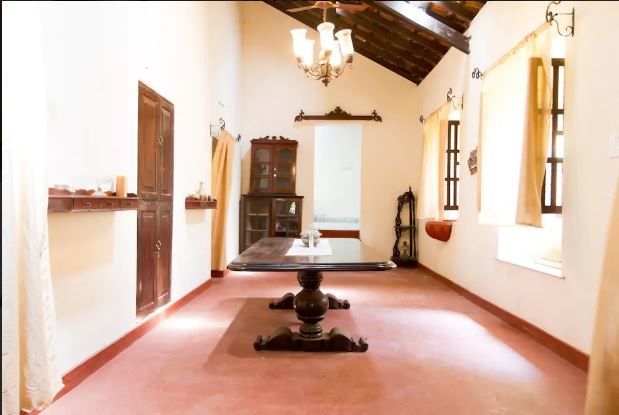 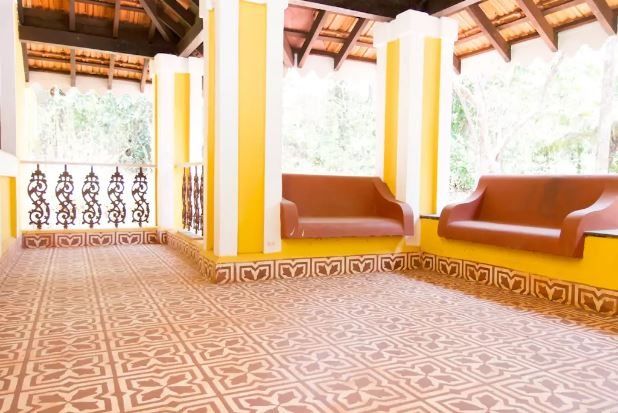 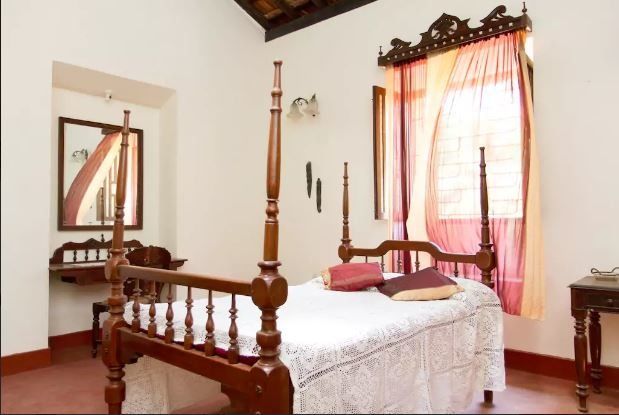 The romantic villa was built in 1900 and boasts of the Portuguese architecture of the time. Made of laterite stones, the villa has four bedrooms and can accommodate upto 10 people. The garden area has two wells and seating for an al-fresco breakfast. 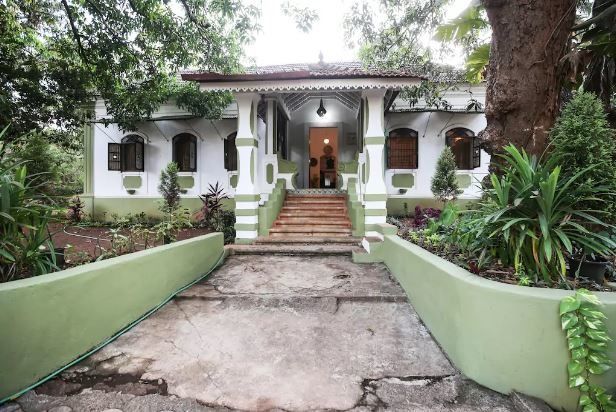 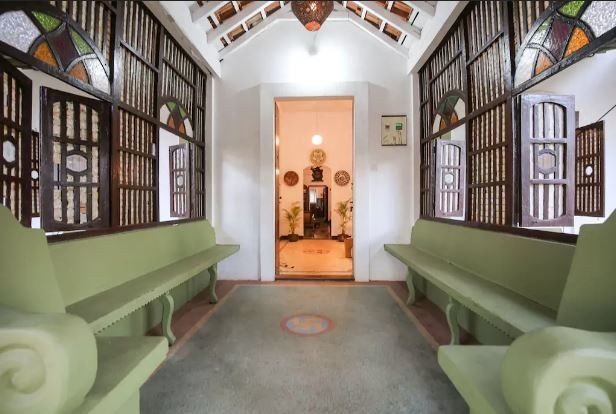 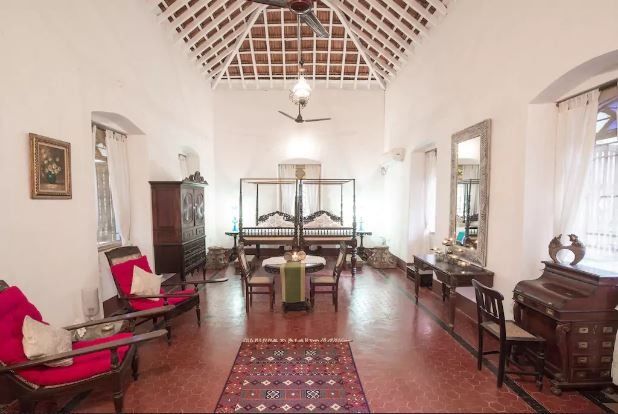 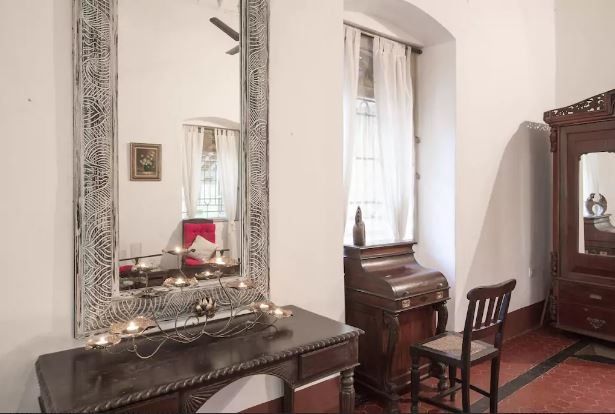 Other than Divar Island Goa, there are several other experiences in Goa that are hiding in plain sight! Check out 13 Hidden Places in Goa that Tourists Don't Even Know Exist. If you plan on just visiting and not spending the night at Divar Island, then a collection of Gorgeous Villas in Goa Perfect To Chill Out With Big Groups might be of some help!