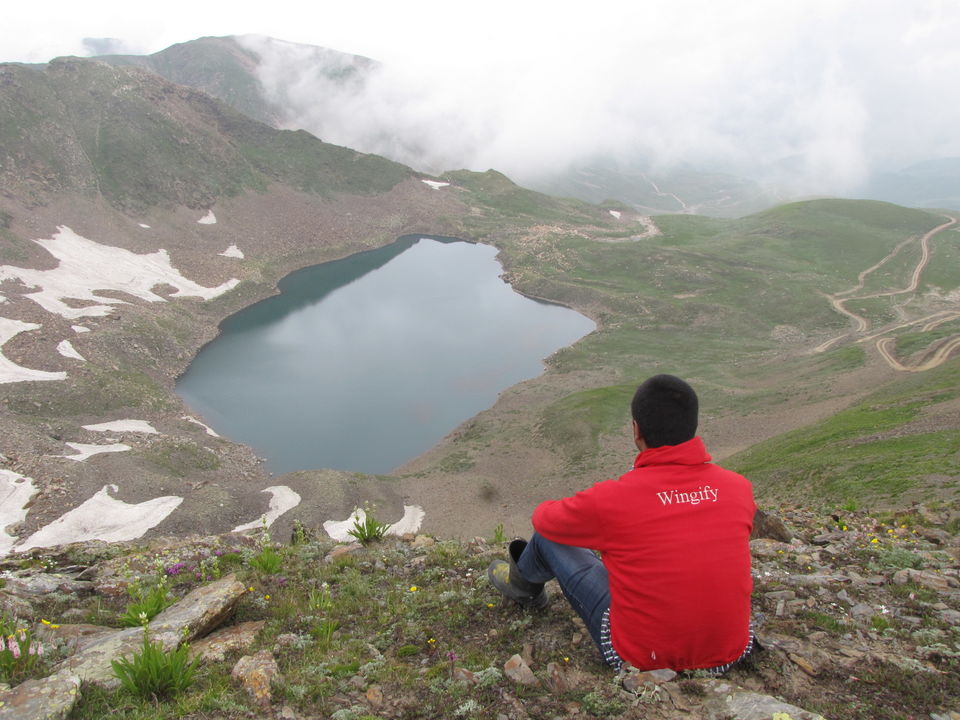 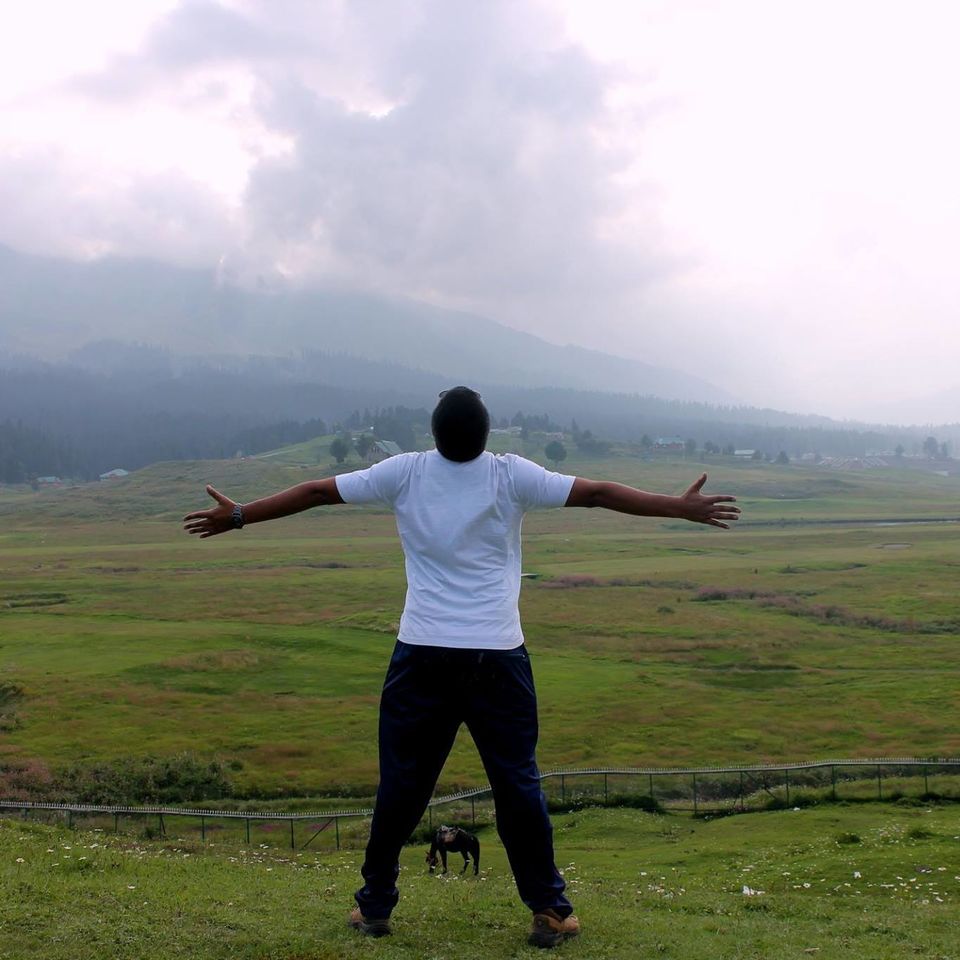 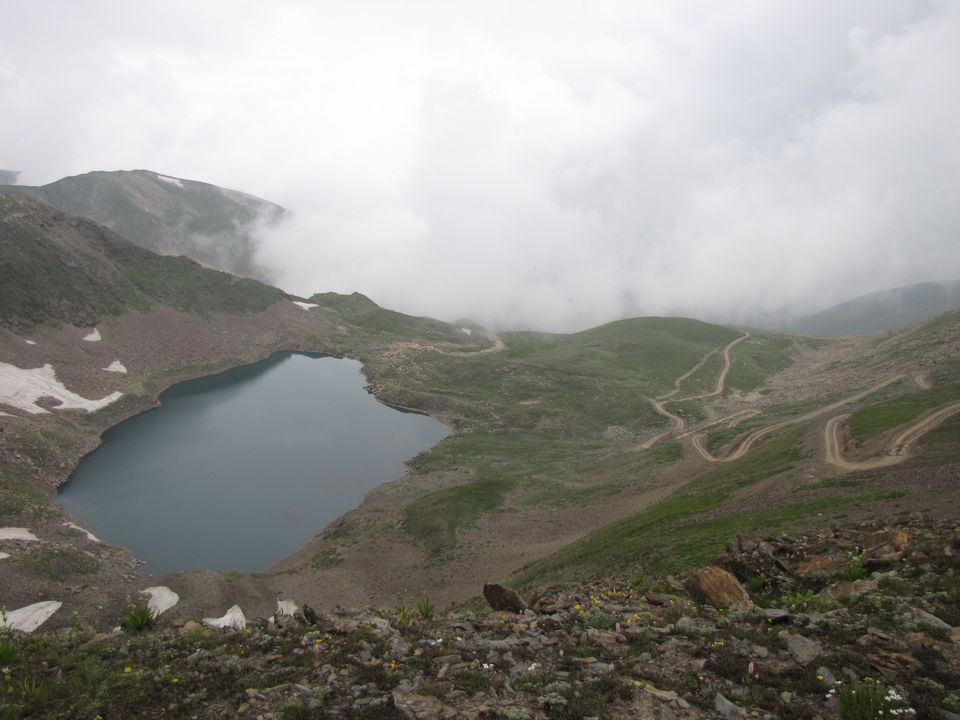 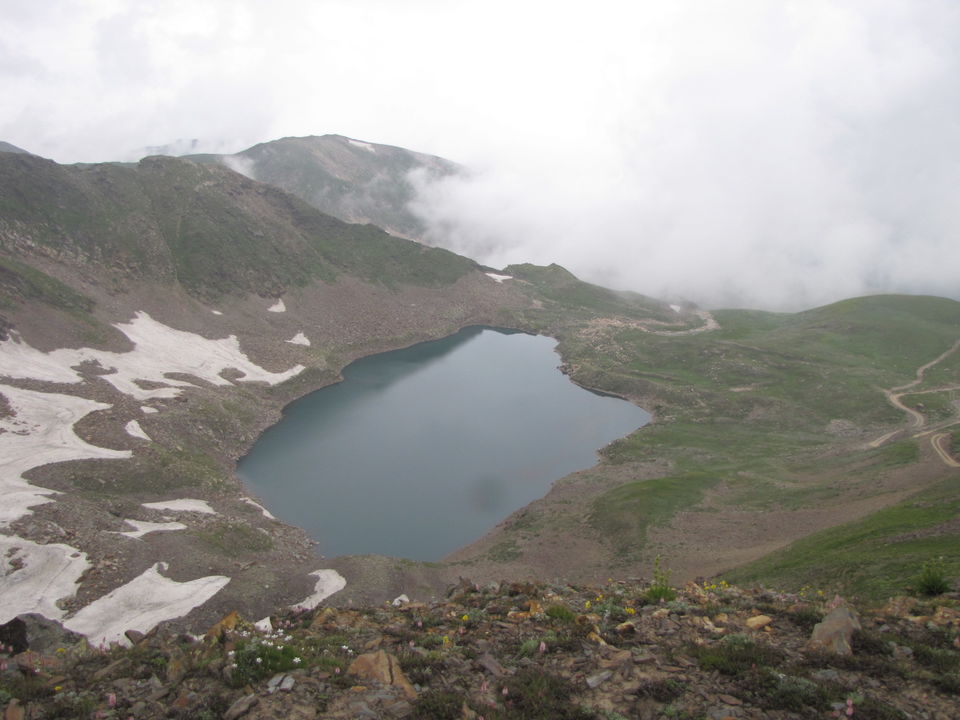 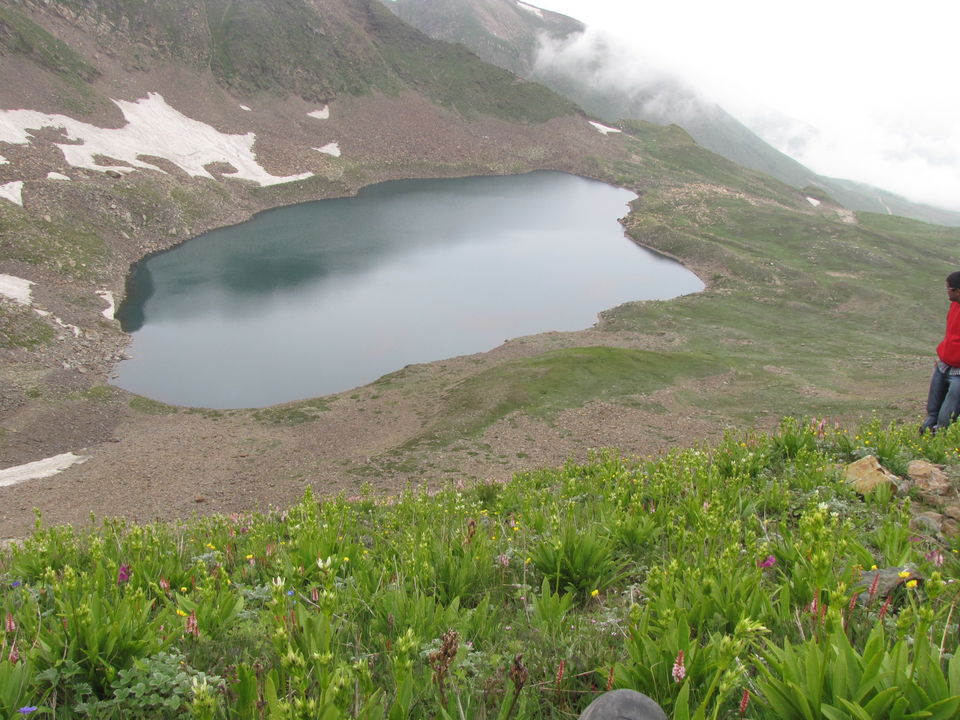 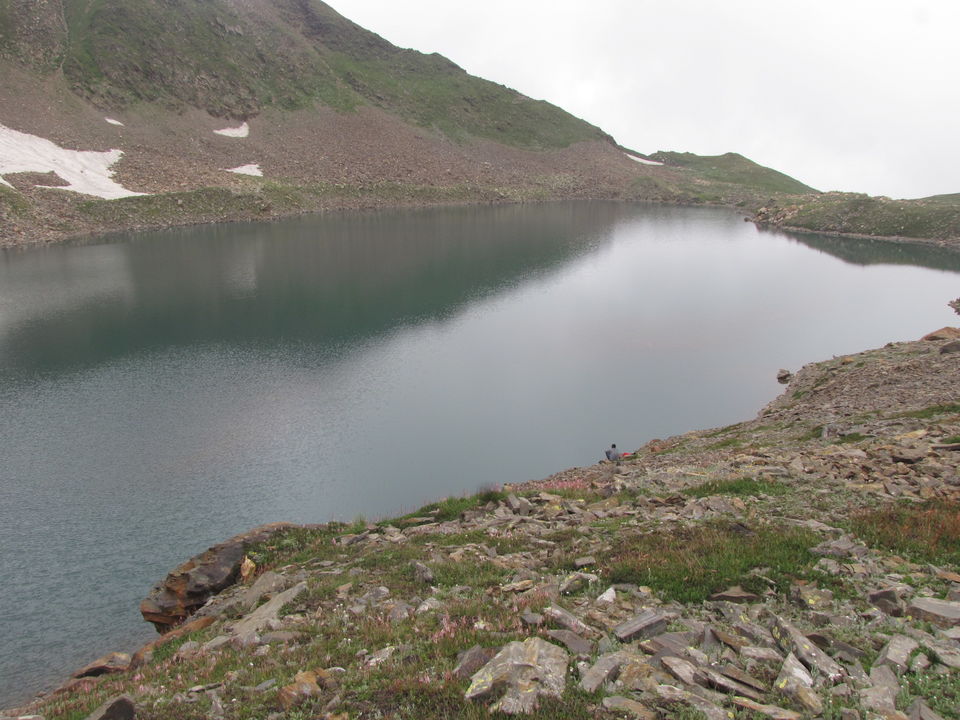 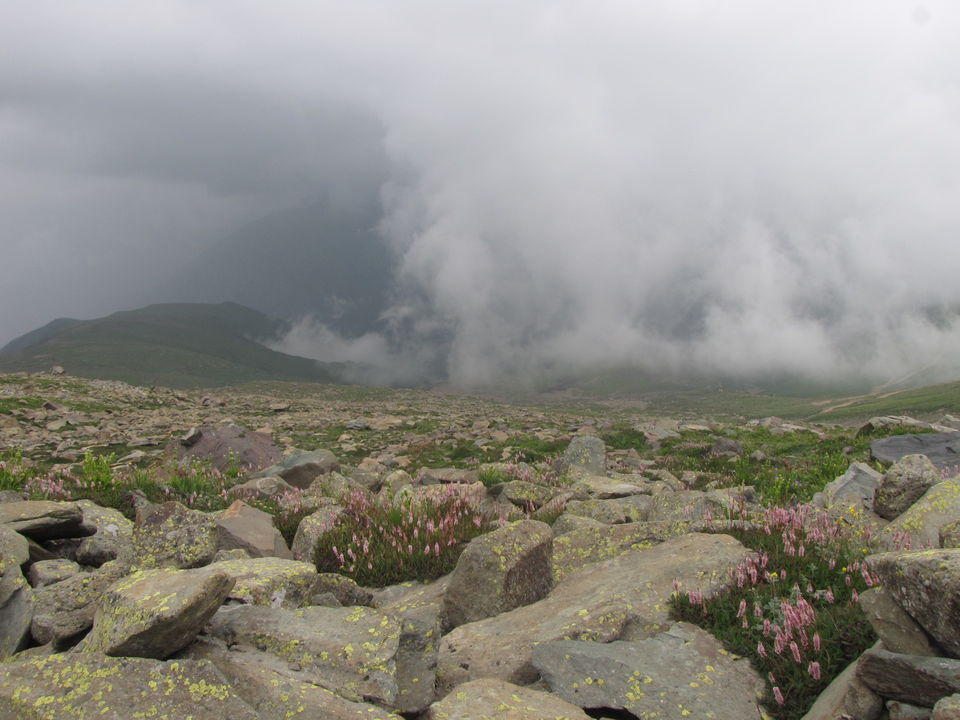 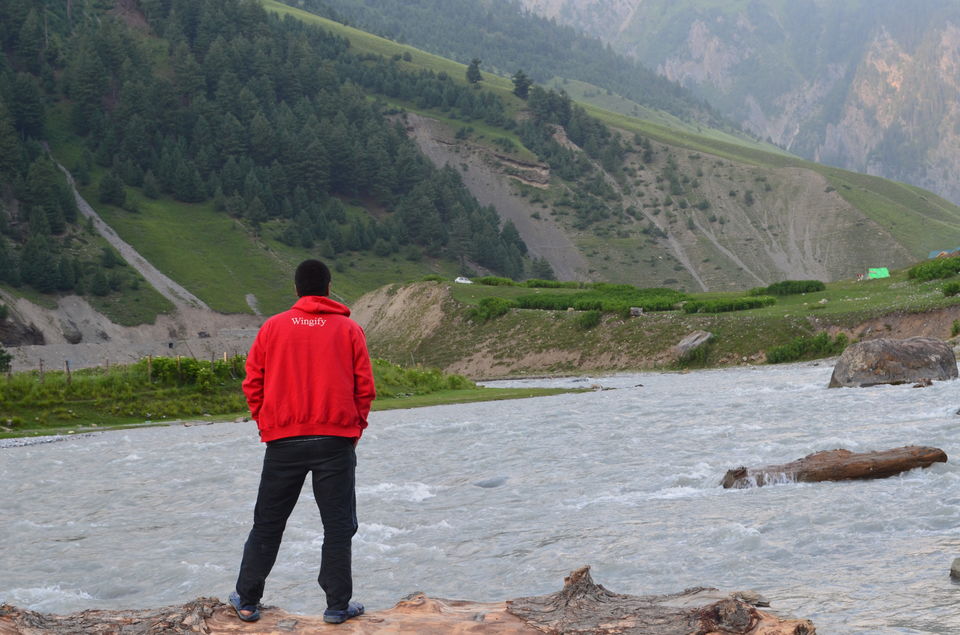 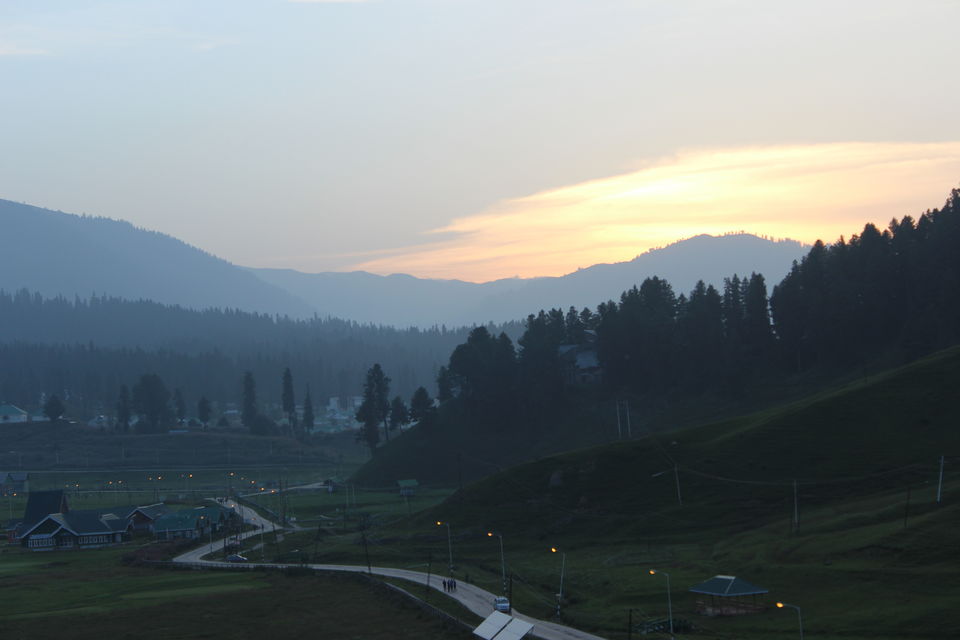 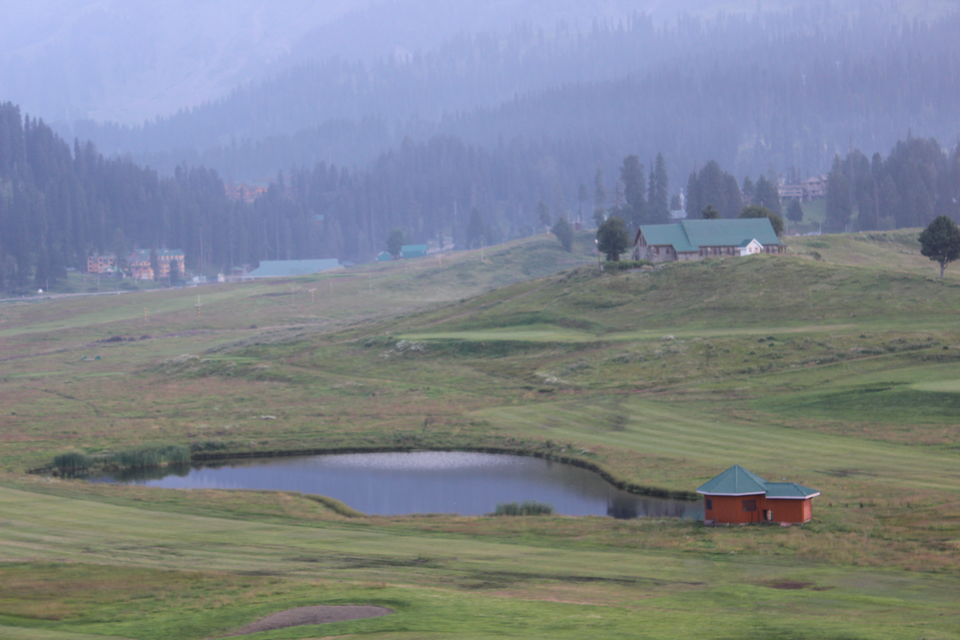 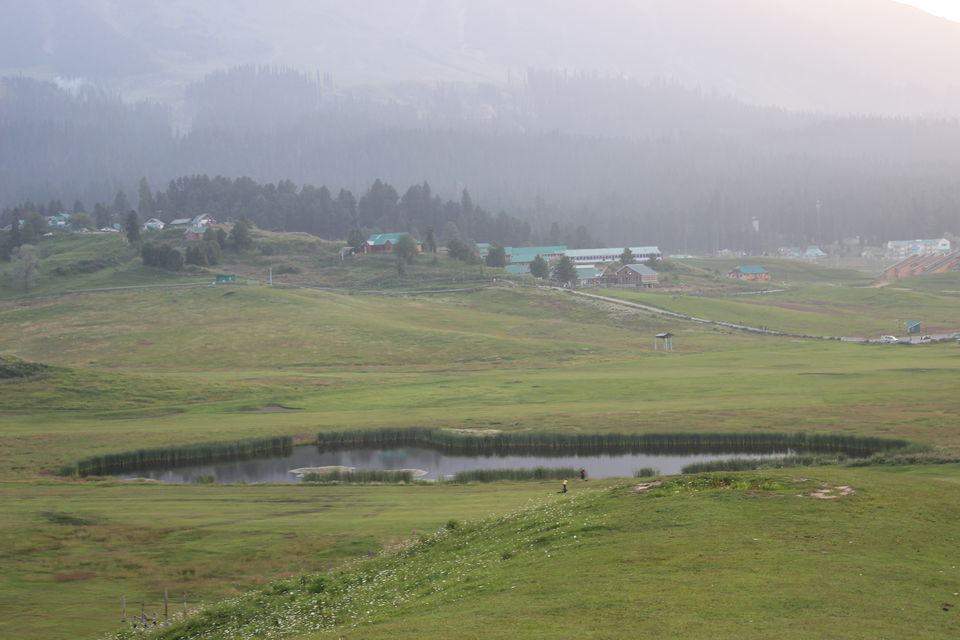 I have been hearing about Kashmir, ever since I was a kid. I have been told stories that Kashmir is the only heaven on earth, Kashmir is the one place worth visiting before you die, Kashmir will make you fall in love with itself and loads of other folklores. However, being a mountain monkey I always had this sneaking doubt somewhere in the back of my head, that it is invariably just Himalayas right! What could be so special that I have not already seen in other mountains across India? (a bag load of surprises were waiting for me in Kashmir thankfully :) )

So when I decided to pack my bag pack for a solo 7 day adventure to the land of meadows and hidden surprises, I didn’t expect to find a part of Himalaya that could surprise me with its beauty & grandeur. Quite frankly, each day of the trip deserves a separate article as every day was a story. Today, however, you shall read of the adventures of this monkey in the colourful town of Gulmarg.

I fell in love with Kashmir in Gulmarg, truly and unequivocally. The moment I reached the periphery of Gulmarg, I was welcomed by the very familiar cold winds of Himalaya, blowing through the pine trees and carrying that special smell of the mountains. They find you no matter where you go in Himalayas. Perhaps, this was what tempted me to sit outside the window of our mini bus and this is what led me and a fellow solo traveler to get fined by Kashmir police(our first encounter with the cops). Totally worth the 100 Rs/- fine :).

Upon your arrival to the small town of Gulmarg, you are welcomed by a carpet of green meadows with horses munching on the green grass and white wild flowers every few steps. If you could look at that place with my eyes you would have seen a lot tiny little hills covered with best of natures decorations and surrounded on all sides by the grand mountains, straight out of the pages of travel magazines. Its as if god was stressed out by his 9am-6pm job of running the universe and wanted rest, so he made this place.

We had started for Gulmarg quite early in the morning, (10am, early for me) so by the time we reached I was famished. One thing which disappointed me was the food, I could not find a good restaurant which is so unlike Kashmir. My hunt for good food brought me to the “Golf Club” of Gulmarg, great place bad food.

There I was sitting on top of that tinny hill top, right beside the golf course overlooking all of the Gulmarg. Sun setting down slowly by the meadows, clouds moving in and out and I. These are those moments of the trip which makes it hard to settle back in the mundane life.

sunset from a tiny hill by the golf course of Gulmarg
As the night approached, so did the chill. The only place where I had to take out a sweater during the trip. August, I feel is a really good time to see a different face of Kashmir, devoid of ice and full of greenery, but then I guess a heaven is heaven always.

Next morning the monkey(me of course) was supposed to visit the top of the Apharwat Peak, on the highest gondola aka cable car. The peak sits atop the mountains, literally. We were told by the locals that we will find the snow up there and I was surprise some people actually believed it. Its freaking August people, India does not snow in August. Anyways, it was amusing to see people complaining on top of the peak.

At an altitude of 14,500 ft. when you spread your arms and feel that sudden gust of wind against your face, things start to change. For those who were there only for snow, there was some snow. Dirty, muddy snow where most of the tourists were getting awed by the 500 Rs/ sledge ride for 10 meters (slow clap for them please). I guess everyone has their bucket list.

Moving on, a couple of like minded idiots like me decided that just having clouds below you is not enough we need more. Hence, started the hunt for the frozen lake of Apharwat peak. We were told that from where most tourists stop, we have to trek at least 2-3km on a terrain with no walkable path. We were told that there is no road and you need to literally make your own way by jumping over the big boulders. We were also told to carry extra water, which we did not carry. So there began our ambitious trek to find this hiding beauty. Something you should know about any guy born with mountain blood in his veins, he will never rest until he is the first one to reach the summit. We were three guys and 2 girls (Kudos!) who were doing this trek. Being the only mountain folk I would have felt my soul cringe, if I was not the first one to reach the top. My competition was two really fit guys, so in the race to reach the summit I only gave consideration to my surroundings when I reached the top.

Let me tell you, it was breath taking (besides I was short of breath because of the race). We were the only people on top of that mountain, no one we could see was in sight (of course, because we were so close to LOC of India-Pak). I have called Kashmir beautiful in this article so many times that I don’t want to waste my breath on calling that scene extraordinary again. So have a look at what I saw there:

Frozen lake of Gulmarg , which was not so frozen that day
This spot in the picture was the top of the summit, right on the periphery of the peak. It has a dangerously steep fall of about 200-250 meters before the lake. Monkey had to touch the lake, so the 3 boys decided to run down to the lake. The local guide who brought us to the summit warned us not to climb down the mountain, but we were already running to the nearest slop to slide down the mountain. We ran down the slop, on the rocks. Sliding, rolling, falling.

You know what was amusing, when we were on the top we kept challenging the guide that we could reach down the slope in 5 minutes and could come back in 15 minutes. It took us 20 minutes to reach the bottom and this was when we were running and slithering down on the slopes. There was a stretch of last 50 meters before the lake where it was steep slope, full of stones and I started to run. Scariest shit I did on this trip. By the time I was in the middle of that stretch, I wanted to stop but I could not, had I stopped at that point I would have hurt myself seriously. It was that moment my mind said “stop don’t freaking run” and I kept running because my instincts said “run like your life depends on it”. What a feeling!!

Frozen lake at ground zero
The bank of that lake was everything I had imagined it would be. Calm, serene. We could see some of the old ice on the sides of the lake. We could see the clouds right on top of us. That was the first time I experienced raindrops on my skin even when it was not raining, because we were inside a cloud. The complete scenery would change every 10 minutes. Its hilarious what you could feel in those moments when nature surprises you. A true wanderlust will most likely be defenceless in those moments, because in those moments you are yourself and a wanderlust gets many of those moments. It was one of those moments for this monkey from mountains.

There are many side stories that I wish I could tell like how we were caught by J&K police or how two girls decided to follow us down or how we begged for mercy from Indian army or how close we were from LOC and army hidden bunkers, but I will put a stop to my pen here.

Monkey from Mountains, over and out.

HotelsMap
The land of meadows, horses and wild flowers.