Hoi An is totally flippin’ amazing. We spent 4 days here and really wish we didn’t have our onward travel booked. he old town is UNESCO protected and as a result there has been no modern development. The narrow streets remind me of a small Grecian coastal village, but instead of being painted blue and white, they are all a gorgeous shade of yellow, with dark wood blinds. Pete thinks it looks Cuban! Each tree and lamp post is strung with beautiful coloured lanterns which glow at night and cycling down by the river is a joy.minimal traffic and a ‘no horns’ rule in the old town makes Hoi An a much a softer place. At night, a PA system pumps out quiet classical Vietnamese music and the river is dotted with floating tea light lanterns and long row boats offering rides. Restaurants with open balconies look over the water while street sellers offer flowers, Vietnamese doughnuts, lanterns, jewelry and more. It’s one of the most romantic places I have ever seen (Paris eat your heart out)! 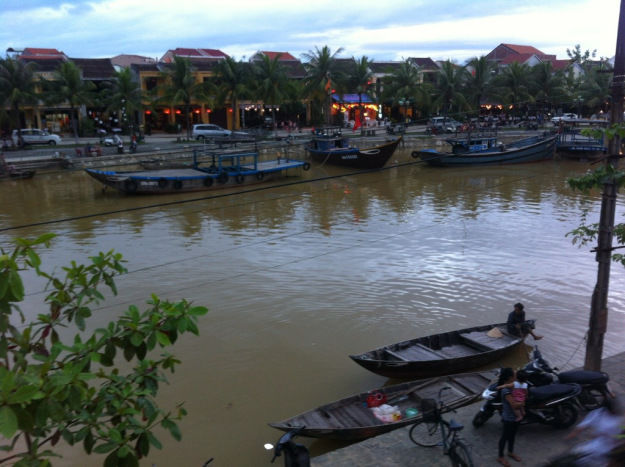 We’ve spent a lot of our time in HCM city just walking around and visiting the markets. It’s most definitely the most westernised place in Vietnam, and despite the very heavy traffic, there is actually less beeping than in Hanoi (where it really started to get to me. We headed out for some food on the backpacker strip behind our actual hotel. It reminded us a lot of the Khao San Road in Bangkok – lots of tour operators, restaurants and bars for travelers coupled with a variety of street food sellers. The street food of choice here is Bahn Mi – a white crusty baguette stuffed with Vietnamese herb salad, marinated pork and some kind of pate (I don’t want to know).They go for about 15,000 dong on average, which is about 45p. Bargain! 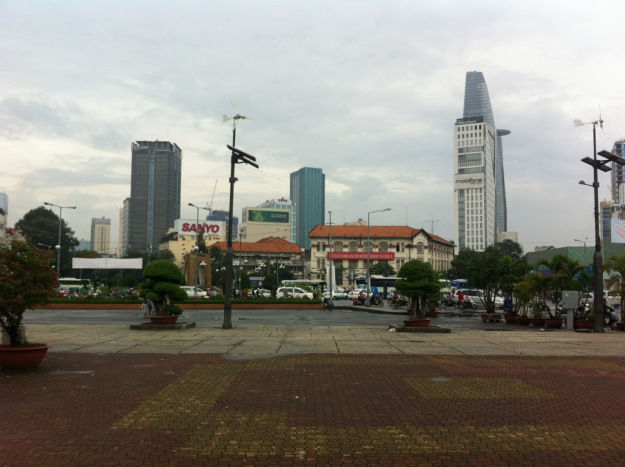 We caught the number 70 bus from the Cu Chi Tunnels to the Wildlife Rescue Station. There, we were met by the manager Mr Lam, who talked us through the aims and achievements of the centre, who have been taking in animals who are being illegally sold as pets or for animal products on the back market. The centre concentrates on endangered species native to Vietnam, and work to ‘retrain’ them for a life back in the wild. Eventually they are then released in to Cat Tien National Park.We were lucky enough to meet Sun Bears, Moon Bears, Monitor Lizards, Gibbons, Wild Cats, Otters, Toucans and more. It was so heartening to know that soon they would be enjoying acres of land in a protected environment, rather than seeing out their years in a cage. 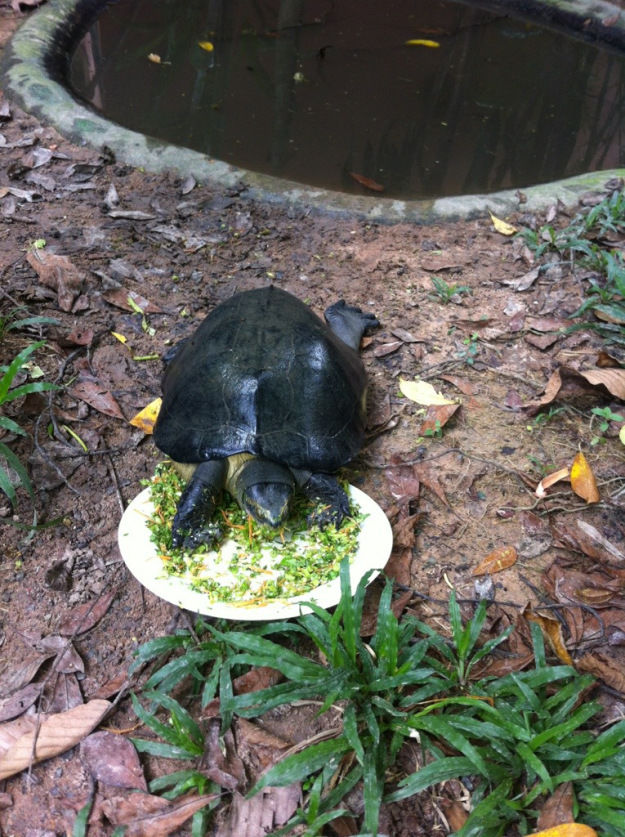 As for Hanoi itself, we are situated right in the middle of the old quarter – tight little streets teeming with mopeds and pedestrians, and lined with big twisted trees and pokey little shops. There’s a real European feeling to it (indeed there is a French quarter which we are yet to check out). The traffic here is kind of insane though – bikes weaving everywhere and beeping at everyone! As you can see, Pete is rather enjoying the chaos, but I’m finding the beeping and the difficulty of crossing the road a bit overwhelming! Last night was also the start of the ‘Autumn Festival’ in Hanoi, a special celebration of the seasons especially for kids. This meant the streets were absolutely chocca block with people, jostling against the bikes for space! I got a bit stressed out by the heat and the inability to move, but it was cool to see. 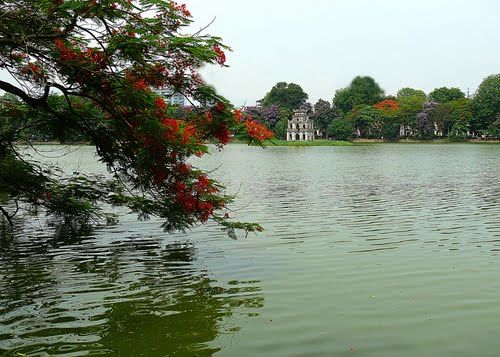 As you can see, Pete is rather enjoying the chaos, but I’m finding the beeping and the difficulty of crossing the road a bit overwhelming! Last night was also the start of the ‘Autumn Festival’ in Hanoi, a special celebration of the seasons especially for kids. This meant the streets were absolutely chocca block with people, jostling against the bikes for space! I got a bit stressed out by the heat and the inability to move, but it was cool to see. There were three caves in total, each one bigger than the last. The final one was like an enormous hall with a curved ceiling – stalagmites and stalactites everywhere, and rainwater running down the walls. It was absolutely incredible – and from the outside completely invisible! It was such a great surprise. 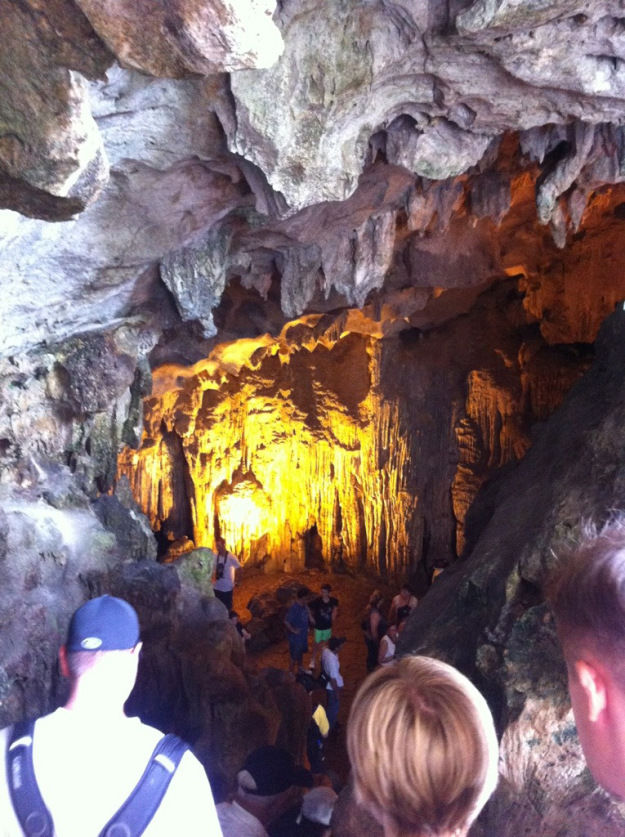 t was really peaceful being away from the traffic, and the grounds within the walls were beautiful; filled with bonsai trees and gorgeous palatial buildings. Many of them were covered in mosaic made from smashed up crockery. In most places the architecture had been restored to its former glory but there were still some buildings in ruins, and big craters in some of the walls where gunfire had damaged the brickwork, which Pete obviously found fascinating. We spent the remainder of the day wandering back through the streets of Hue, crossing the bridge over the perfume river just before sunset. 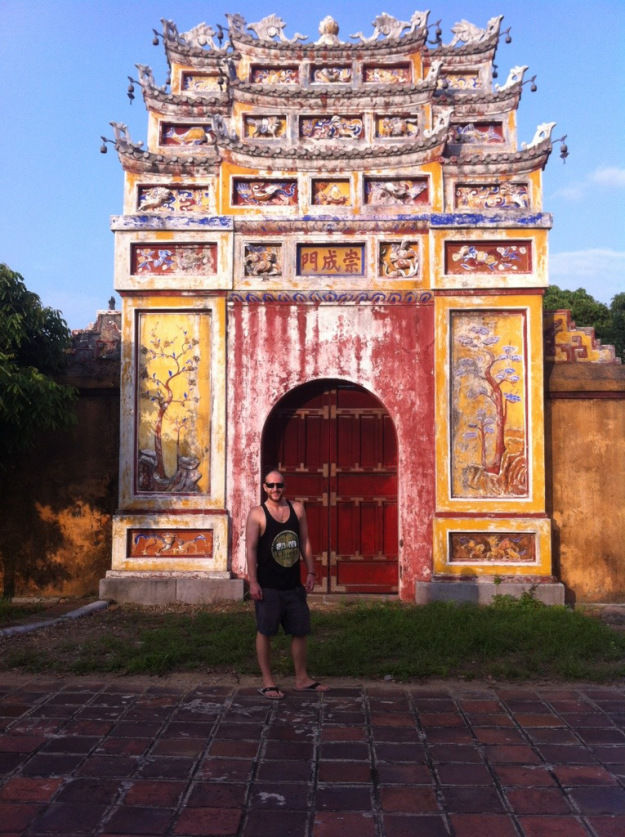 On the cliffs in front of us was a huge troop of wild monkeys – loads of gorgeous little baby ones too! They were playing in the branches and chilling by the water, and we could kayak to within a few feet of them. Needless to say, I was bloody loving it:Whilst we kayaked around the rest of the lagoon we could see sea eagles soaring above the cliffs. It was so peaceful and beautiful as the lagoon can only be reached in a small boat – no motorised engines etc. It was definitely one of the best moments of our whole 2 month trip. The group we had on this trip was also awesome (including 3 hilarious german guys) and they made it even better – the travellers in Vietnam seem to be a little older and more mature than those in Thailand! After an hour on the lagoon we boarded our boat for one last time. We had an hour or so to shower, sunbathe on deck and enjoy our final enormous meal as the boat sailed away from the beautiful islands, and back to Ha Long City. 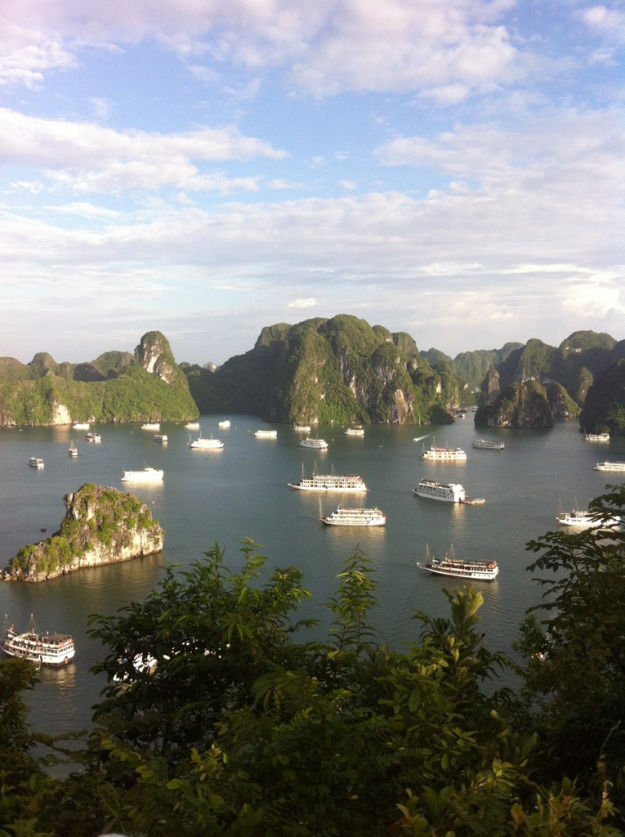 We headed out to Ben Thanh market on our first day here as it was pouring with rain, and the market is indoors. Unfortunately it’s not air conditioned so it’s still a very stuffy experience, but you can literally buy anything here. The hecklers on the stalls are pretty hardcore and try to pull you in as you walk past (I mean physically pull you in) but by this point in Vietnam, we’re used to it. We picked up a few good North Face jackets (fakes) for Pete’s family, and sat down for a bowl of Pho at one of the many food stalls. 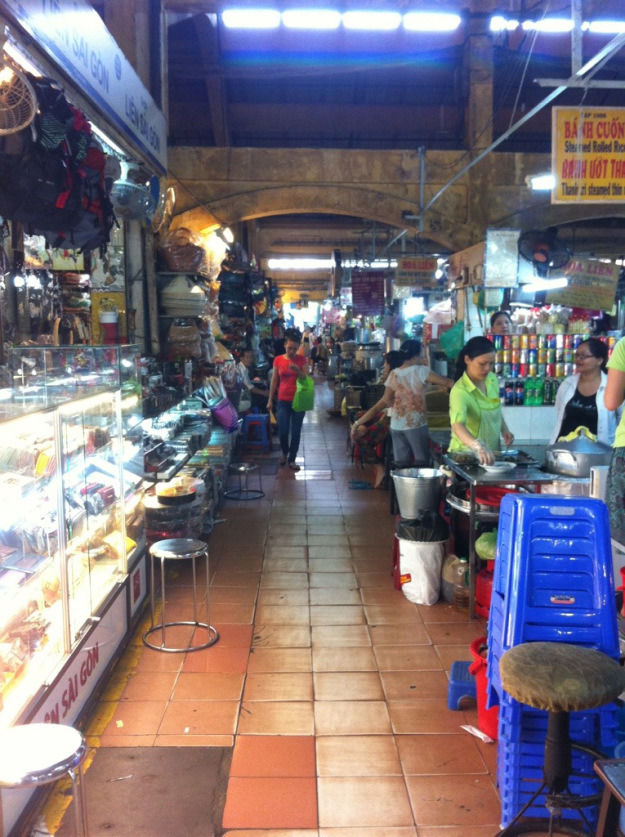 On our last full day in HCM, Pete and I decided to make the journey out of the city to nearby Cu Chi – most famous for the vast underground network of tunnels which were used by the Viet Cong and the Vietnamese resistance during the war with America.We paid $5 each to join a group mini bus tour out to the site of the entrance to the tunnels, which took about two hours. This was including a ridiculously long bathroom break en route – but it was ok as we got to pop in to an inspiring little ceramics factory which is staffed entirely by handicapped and disabled individuals. It was set up at the end of the war and has been going ever since.

We got to watch them making beautiful crockery inlaid with eggshell and mother of pearl while we waited for our driver to do whatever it was he was doing. It was an experience in itself. When we arrived at the site of the tunnels, surrounded by peaceful forest, we were first ushered in to a large hut and shown a video which contextualised what we were about to experience. We learned how the people of Cu Chi had fought back wave after wave of American soldiers by arming every peasant farmer, woman and child. They used booby traps hidden in the forest, hidden hideaways and a huge 250km network of tunnels to evade, outsmart and attack their enemy – creating entire living quarters underground. It was fascinating and unbelievable. 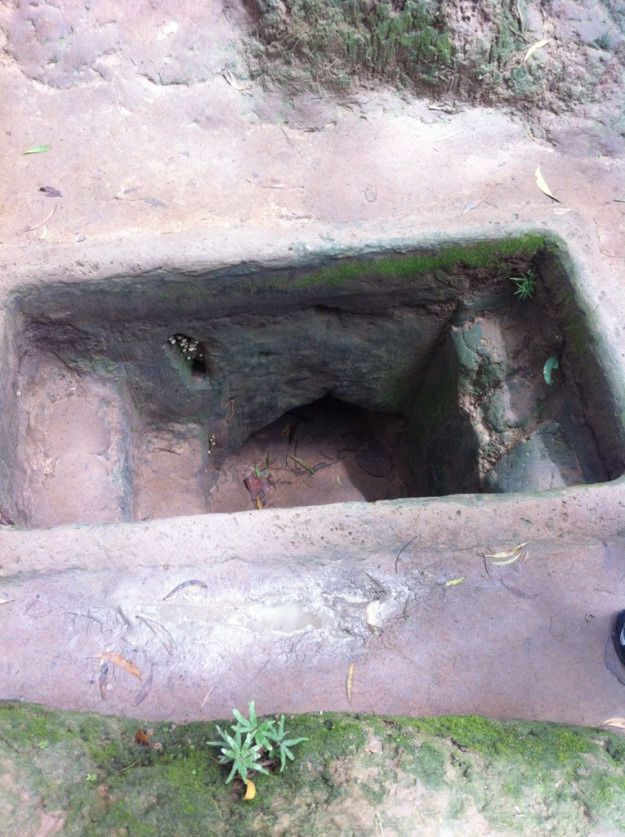 The night we arrived, our hostel in District 1 (The Elegant Inn) was full despite the fact we had pre-paid, but this wasn’t actually bad news at all. We were efficiently bundled in to a taxi and driven to a much posher hotel around the corner where we spent two of the four nights of our booking, including a free buffet breakfast that we wouldn’t have otherwise had! Pete was a very happy man.