Why trekking on your birthday is the best gift to yourself!

"Travelling alone will be the scariest, most liberating, life changing experience of your life. Try it at least once"

Last year, for my birthday, I wanted to do something completely different from the usual celebrations. My parents had asked me what I wanted for my birthday, and I took a while to decide what exactly was worth all that money they were going to spend on me. I vaguely remembered following an Instagram handle that had the most incredible feed of majestic mountains and enchanting skies. Instantly, I logged in and found myself gawking at the photographs shared by Indiahikes! This was it. I had chosen my birthday gift.

To begin with, Indiahikes spoils you with the variety of trek options, ranging from easy to difficult treks, sprawling across the Himalayas; from Kashmir to Himachal. It was so difficult and unfortunate that I had to choose only one trek out of all the thirty wonderful treks they offer. The plan was to do a winter trek, in the month of December and I couldn't get myself to decide which winter trek I wanted to do. After almost a week of reading and researching, Kedarkantha topped my bucket list of treks. It's not only the perfect trek for beginners, but also has the most beautiful setting throughout the trail, under pine trees and on untouched, glistening grains of snow.

I had been preparing for the trek mentally, physically and emotionally a month prior. An overdose of yoga, running and healthy eating made my trekking experience valuable and positive. I began to feel light, energetic and full of adventure as the days to departure kept counting down. A week before I was supposed to leave for Dehradun, the meeting point for our trek batch; I received an email from the team, welcoming us to the Indiahikes trekking community and my eyes sparkled with anticipation. This was going to be the first time I ever spent my birthday and New Year's Eve on my own. Well, not really, because I met some amazing likeminded people. And that's what is so special about travelling. One gets to meet new people, indulge in new stories and of course, you get to explore!

Honestly, I didn't quite know what to expect out of this experience. I was oblivious to where I was going, whom I was going to meet and how I was going to feel about this journey. The mystery would only start to unfold when I'd get there, and I wanted to be fully aware of how I react to such a situation; it was strangely exciting! The most satisfying part was that I could completely switch off from the mundane world, I was electronically inaccessible and truly, it was the best feeling ever!

On the first day of our climb, we walked into the thick jungle of pine trees that would lead us towards the first campsite, Juda Ka Talab. As the air became thinner and thinner, I was longing for warmth, food, water and breath; it all seemed unachievable and I couldn't imagine how the other days would pass. Squinting my eyes, I looked up to a panoramic view of the Himalayas that kept me going, it was soulful. It was like something was pulling me higher, like something magical was waiting for me and only me. So, I pulled myself together in order to slowly get to rest point. We reached the campsite around noon. The JKT campsite is almost too perfect in its setting. The landscape comprises of a frozen lake set to the backdrop of a forest so dense that the golden sunlight hardly seeps through. By three o'clock, it had become dark like the night and I would wonder, what a world full of surprises! After dinner that night, I spent almost two hours lying down on a flat rock looking at the night sky that was perfectly framed by the tree-line of the surrounding forest. It was mesmerizing. I was speechless and could only imagine what it would be like from up above. It was a tough day, yet; I slept with hope for snow covered trails and towering peaks for the next.

It was four a.m. when we set foot to scale the summit that glistened in the darkness of the pre-dawn sky. Crushing snow beneath our feet and mild torchlights guiding us on our way, dawn broke behind the Himalayas in shades of pink and peach. As the hours passed, the atmosphere became clearer and it started to become warm. At this point of the trek, I couldn't believe I had actually come all the way up and had just about a kilometre from what's called 'the best feeling on earth'. Only five hundred meters away from the peak, the team decided to take a rest break. I continued to tread on up so that I could reach before anybody else could. I was one footstep away from conquering a peak, one footstep away from heaven. As I put one foot in front of the other, gulped, swallowed and rose up to gaze at what was around me; I was dumbfounded at the sight that met my eyes. A clear blue sky above, a 360' glorious view of the gigantic sunlit mountains that casted a diagonal shadow and a carpet of clouds below, engulfing the shorter hills around me, I stood there feeling enlightened. Over-powered by emotion, I felt subdued as I sat on a rock that jutted out of the mountain with my feet hanging below, ready to... jump? There was no need to achieve anything else in this world. I had done it and at that moment I felt infinite, I felt complete, I felt free.

Ever since this trek, heading out of the city tops the list of plans I have on my birthday. For those of you dreading another wasted night at the club on your special day- here’s a suggestion that’s totally worth it. Travel! It inevitably makes your special day worth remembering. 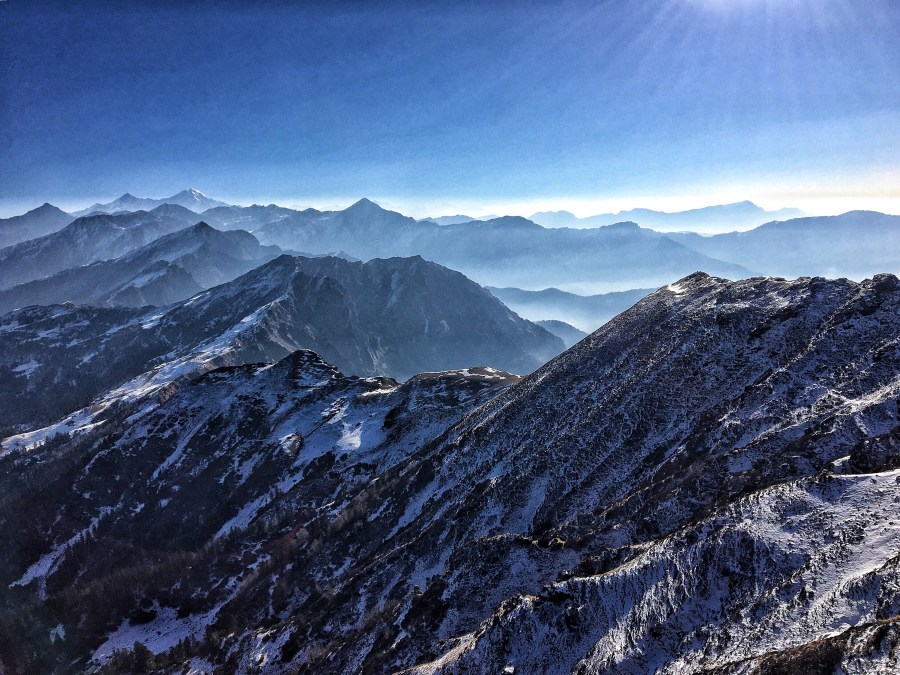 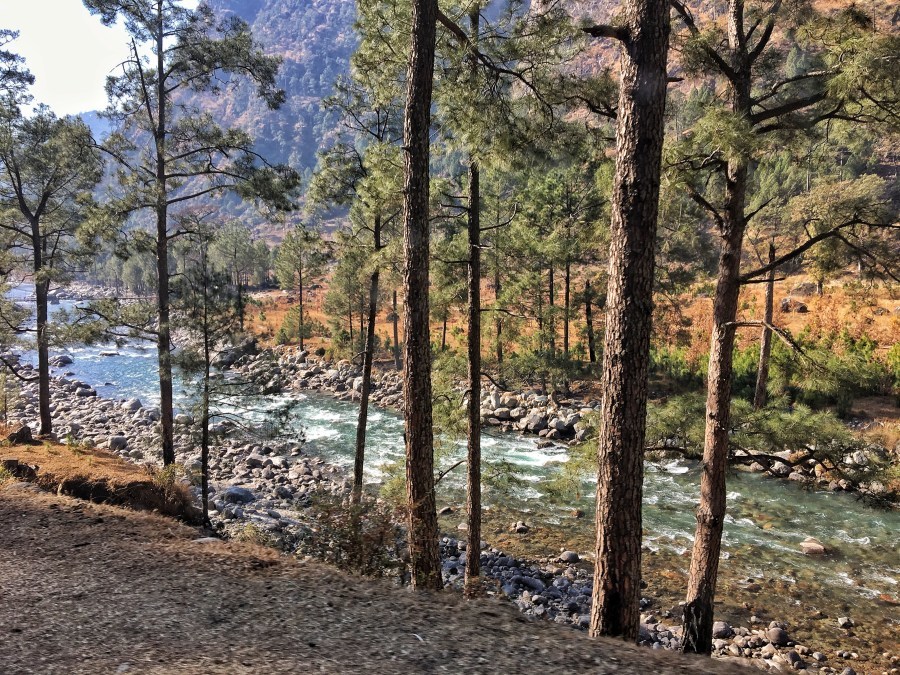 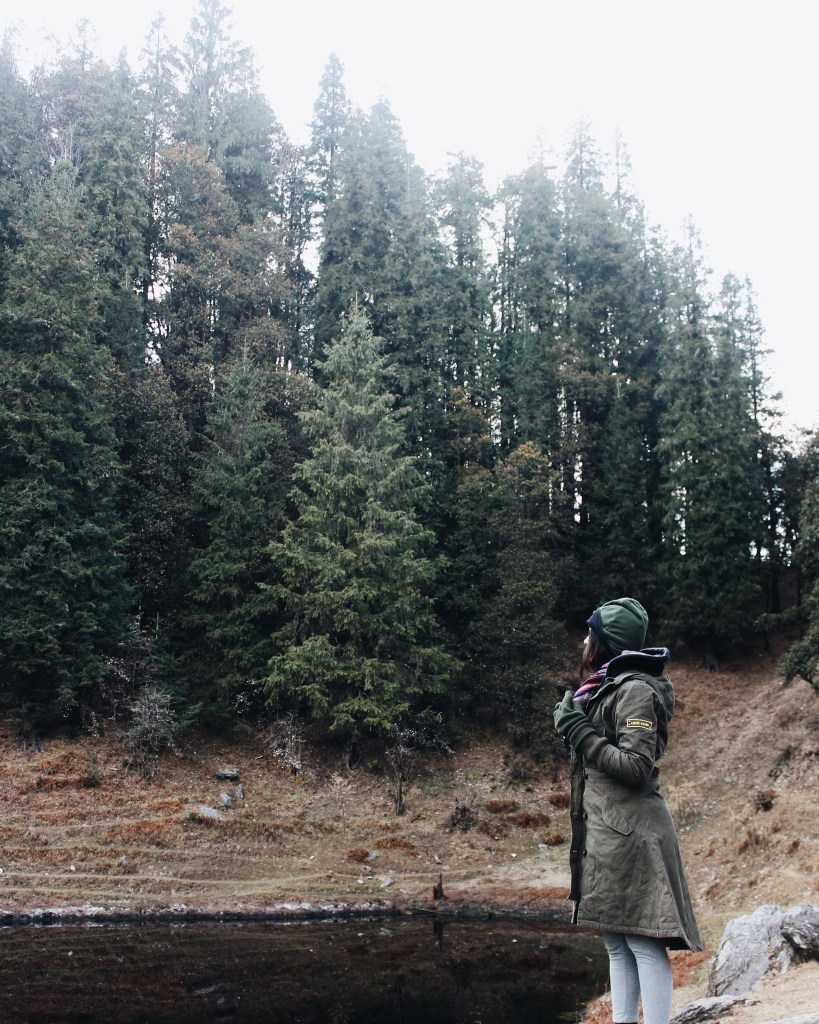 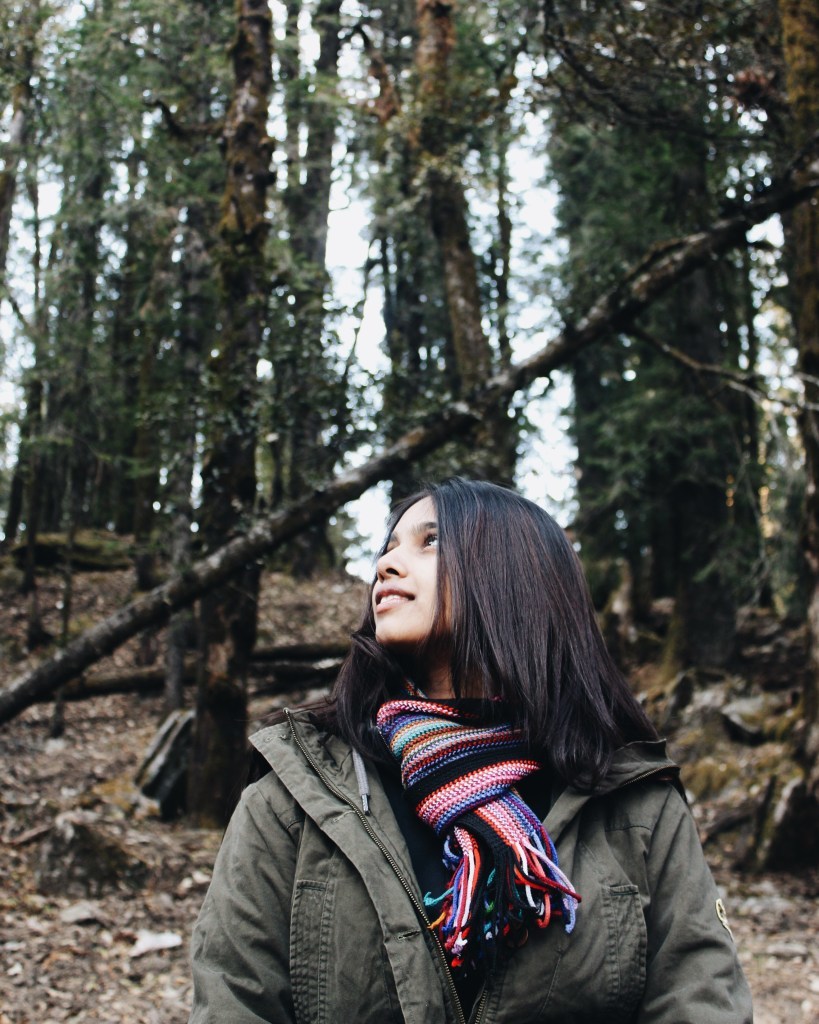 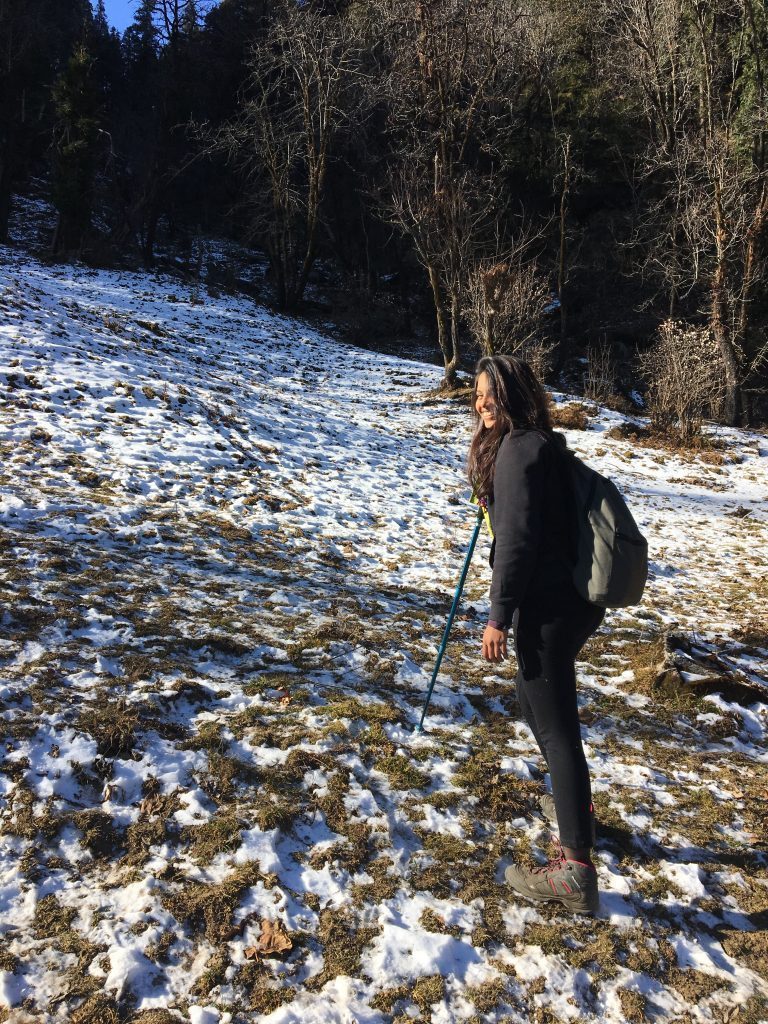 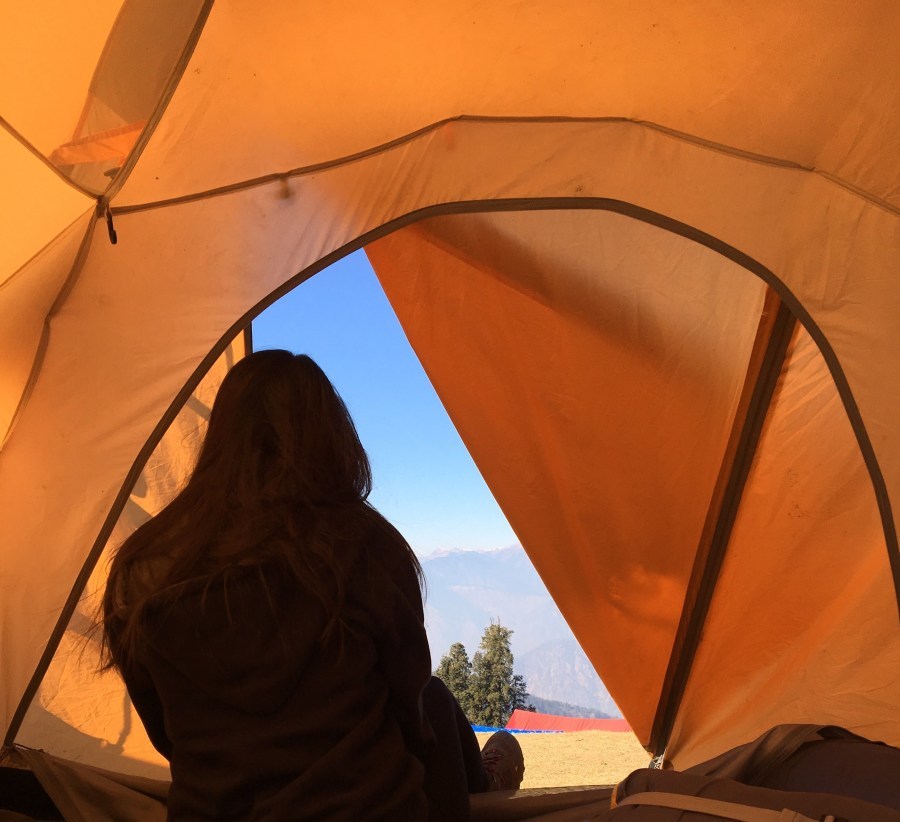 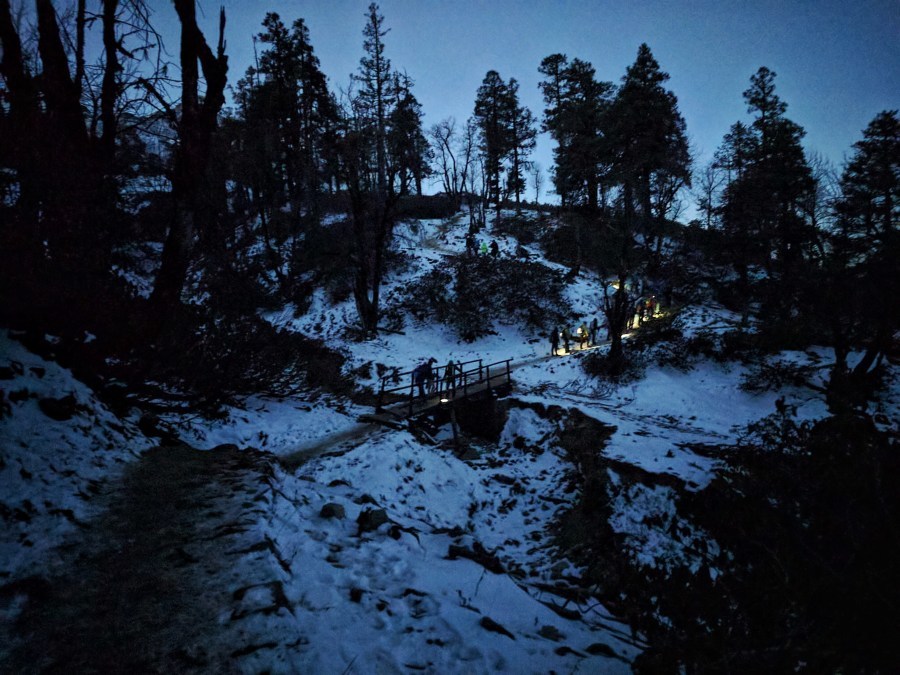 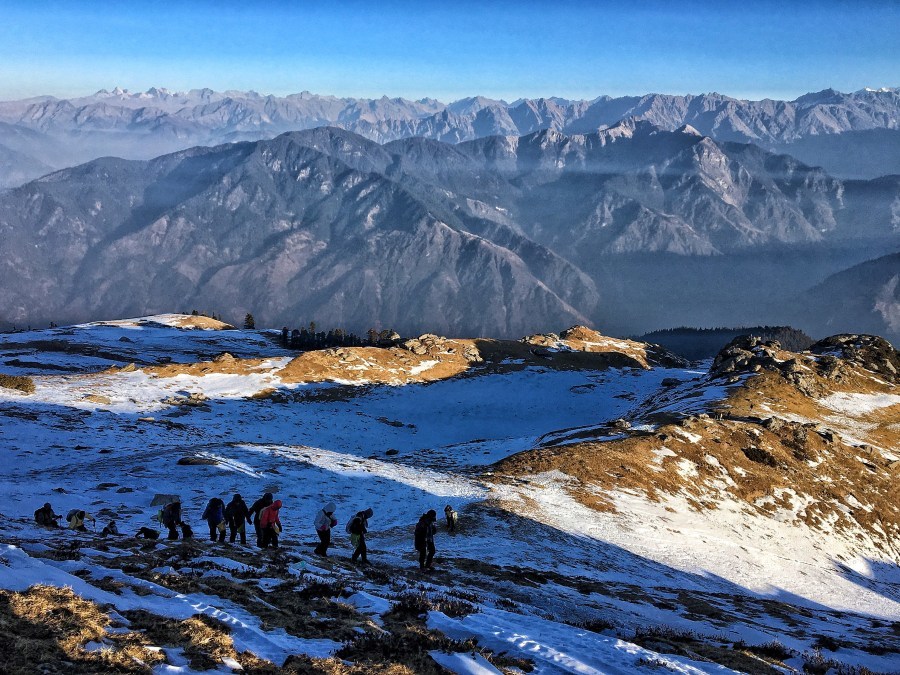 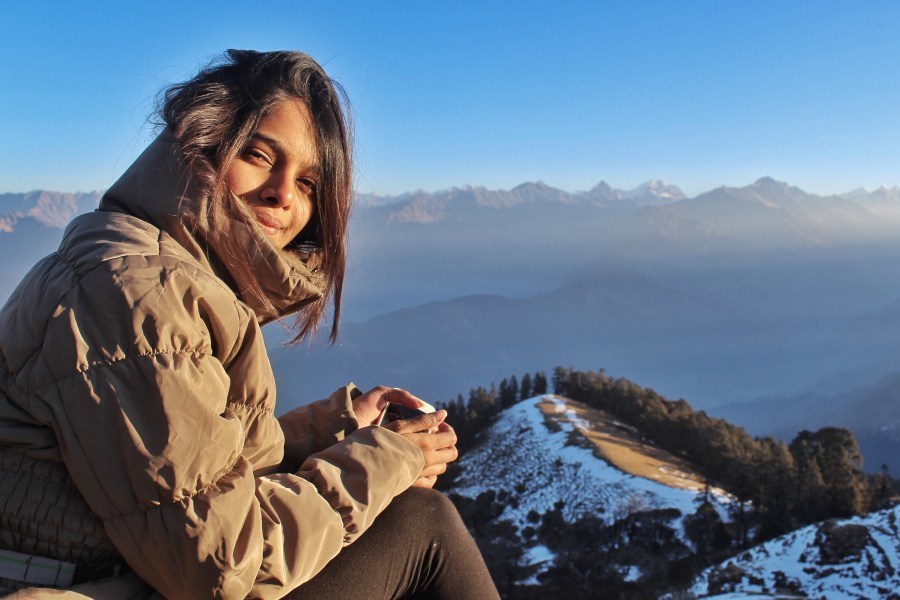 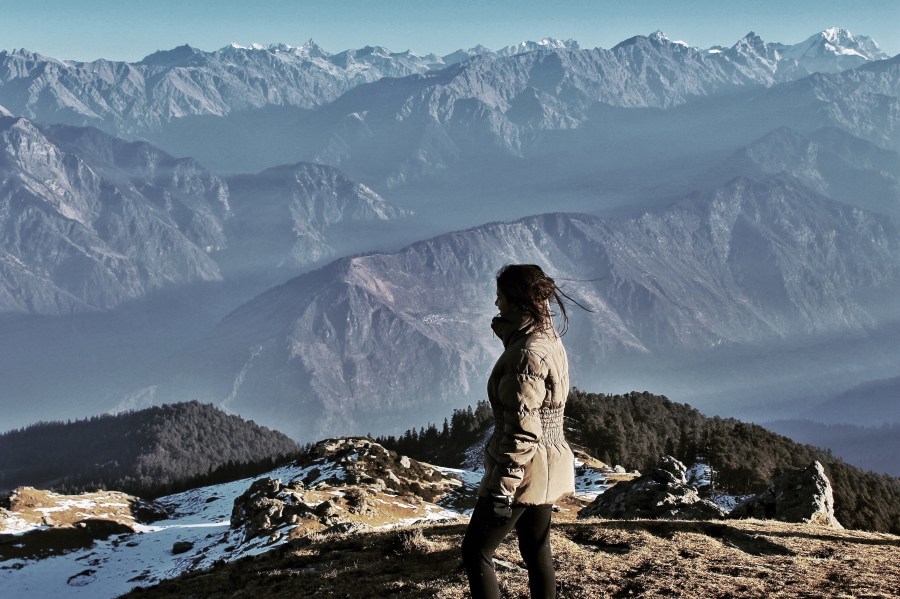 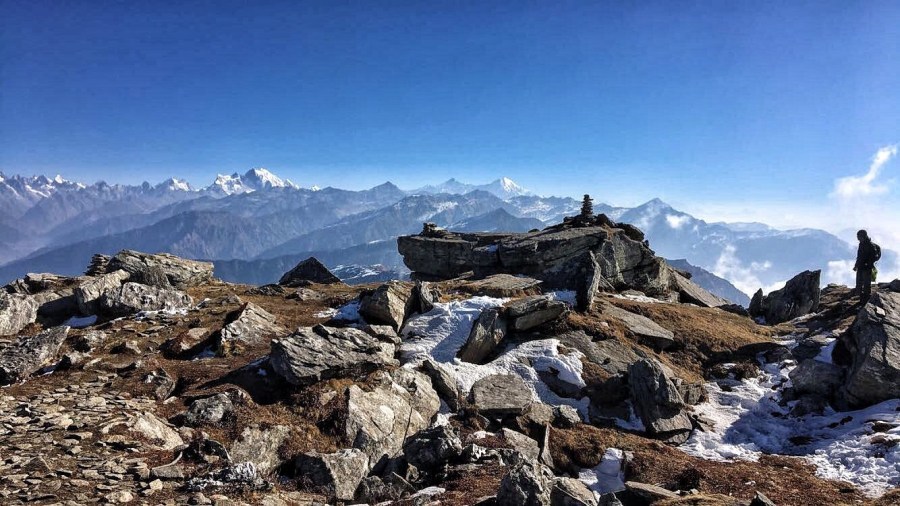 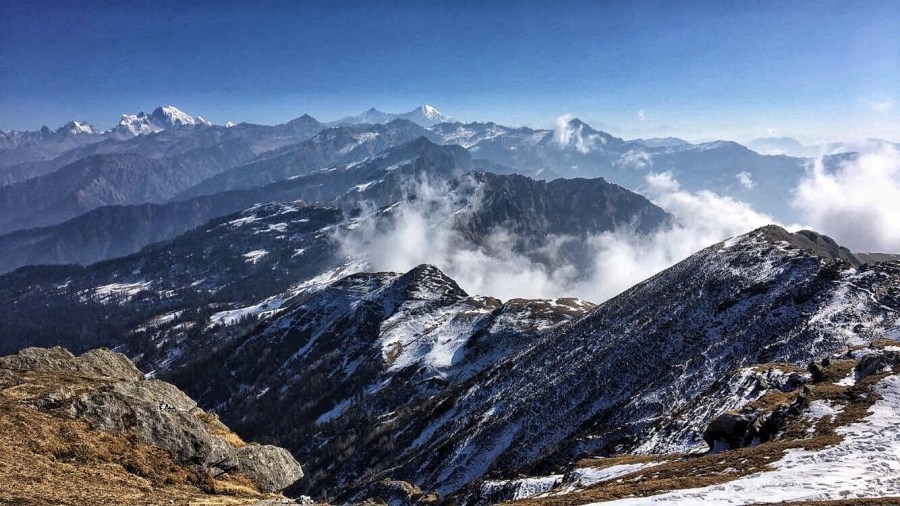 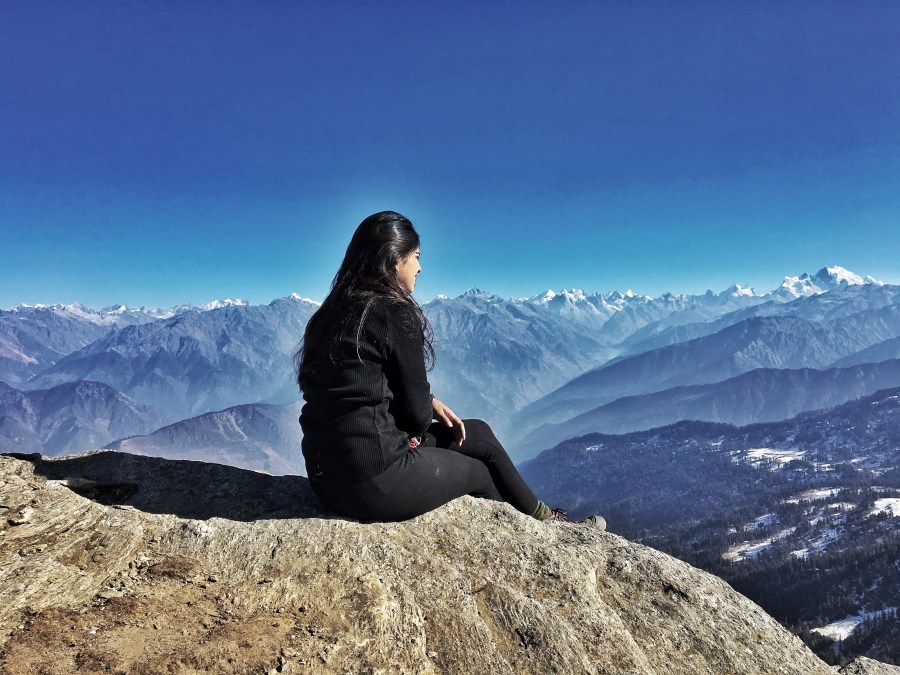 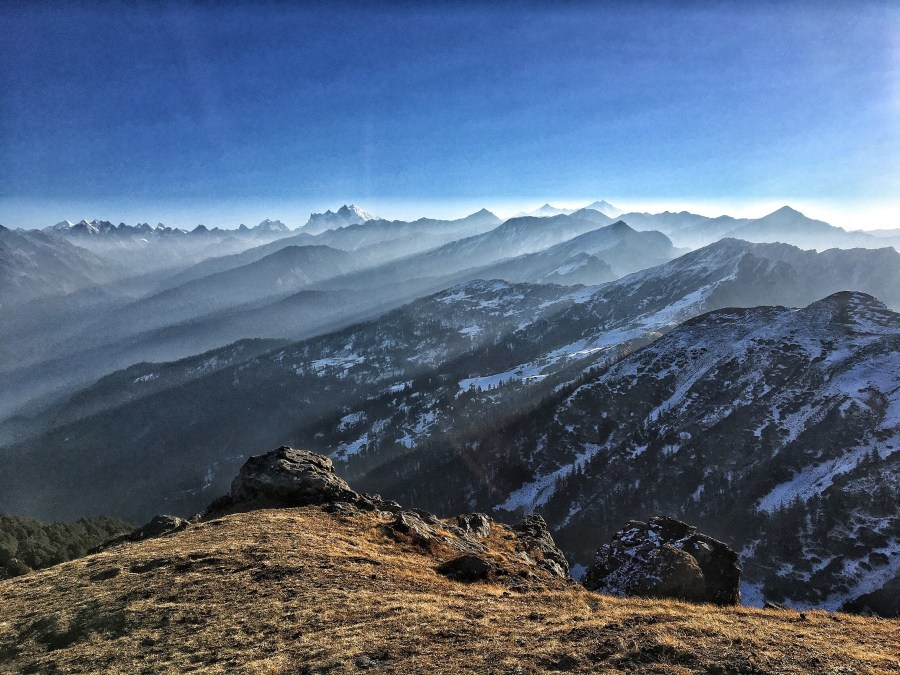 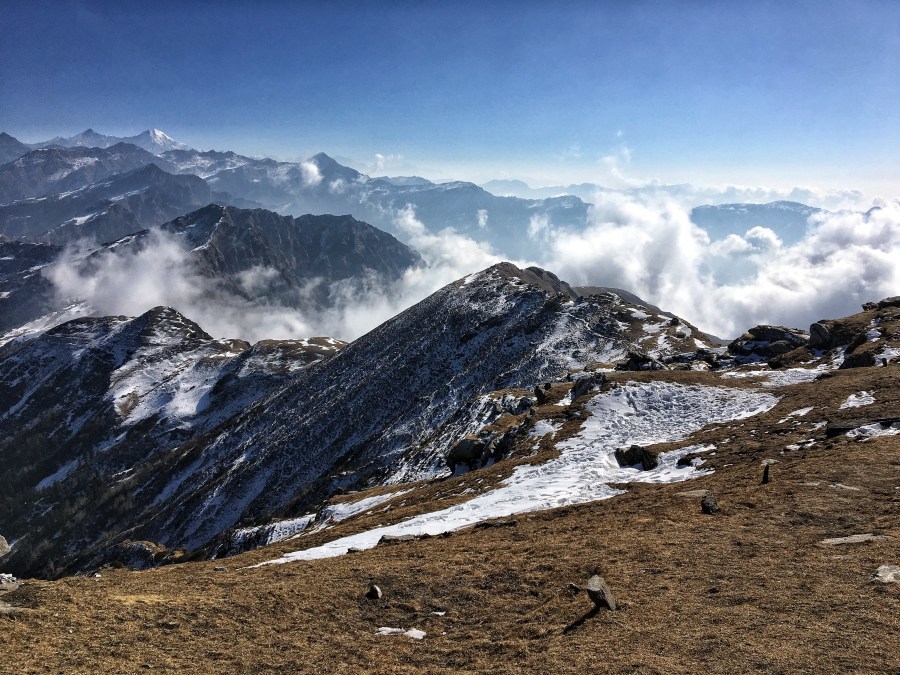 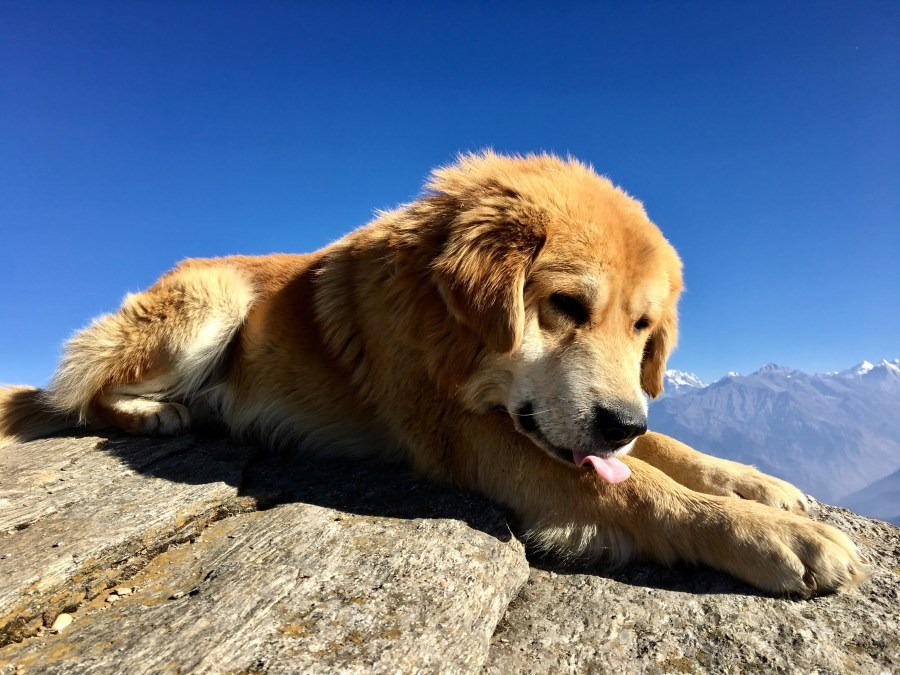 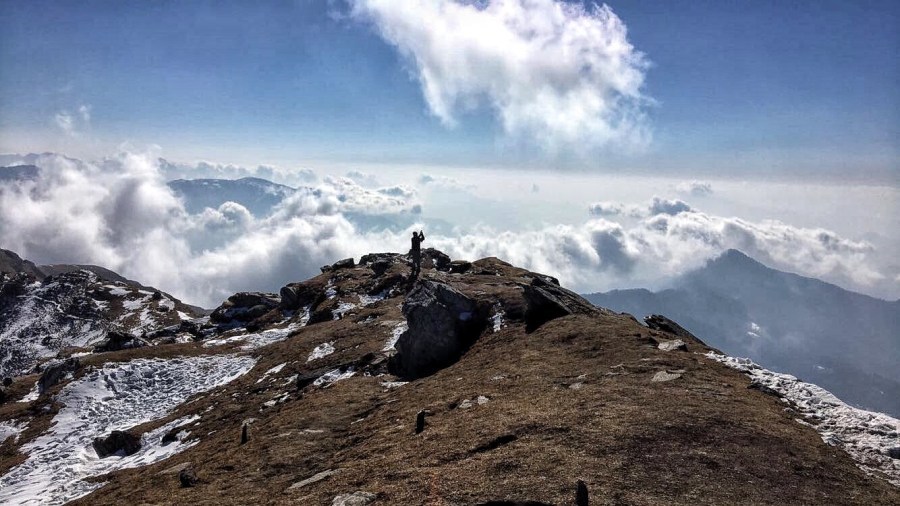 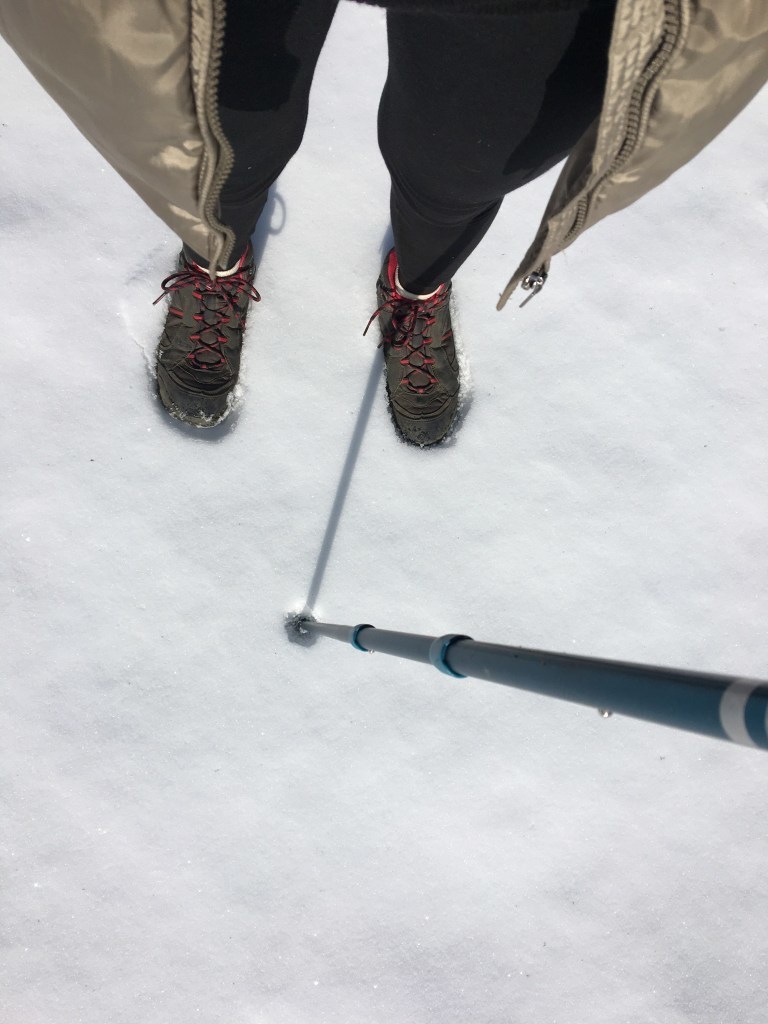 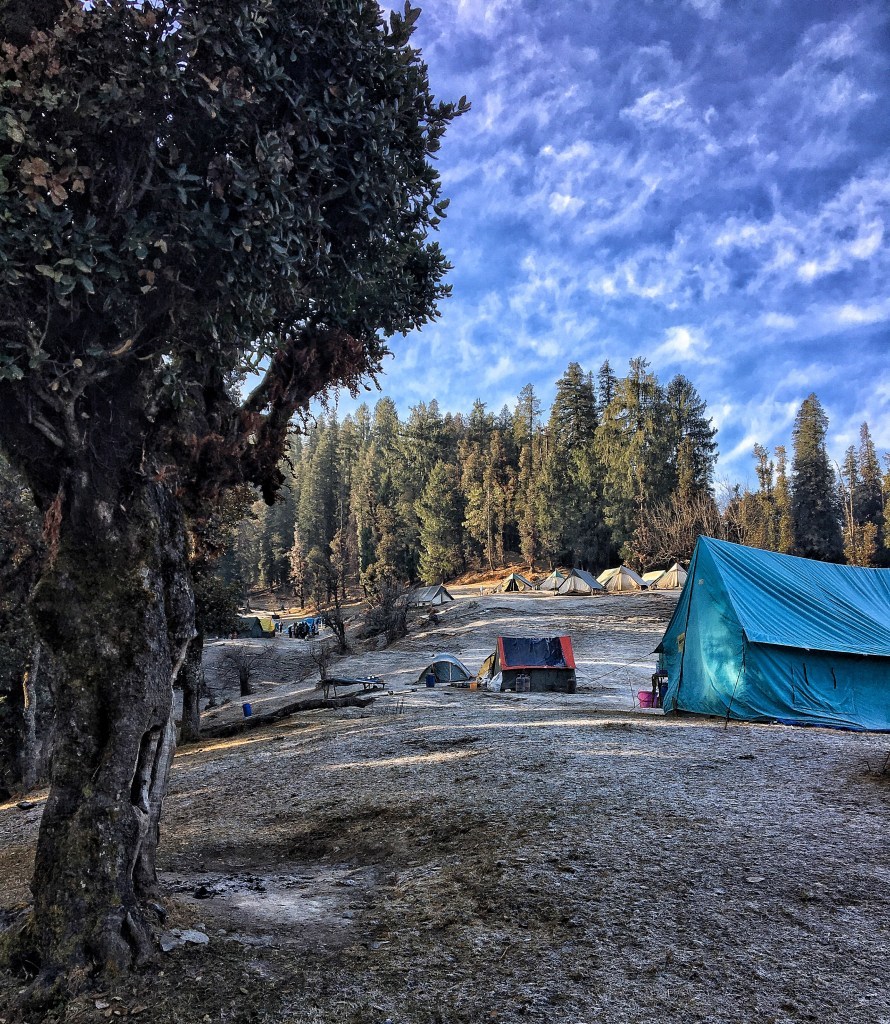 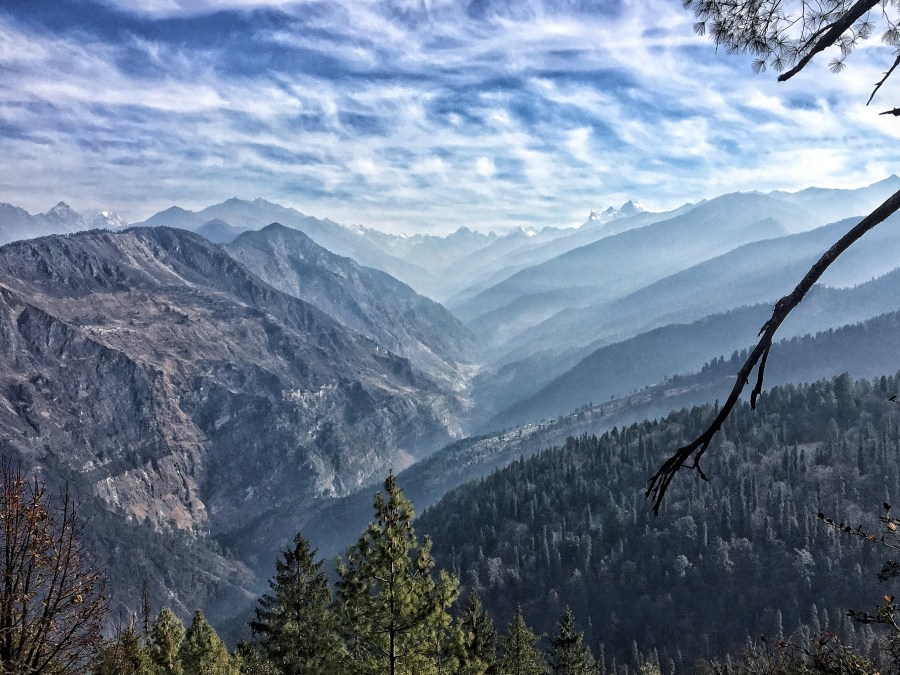 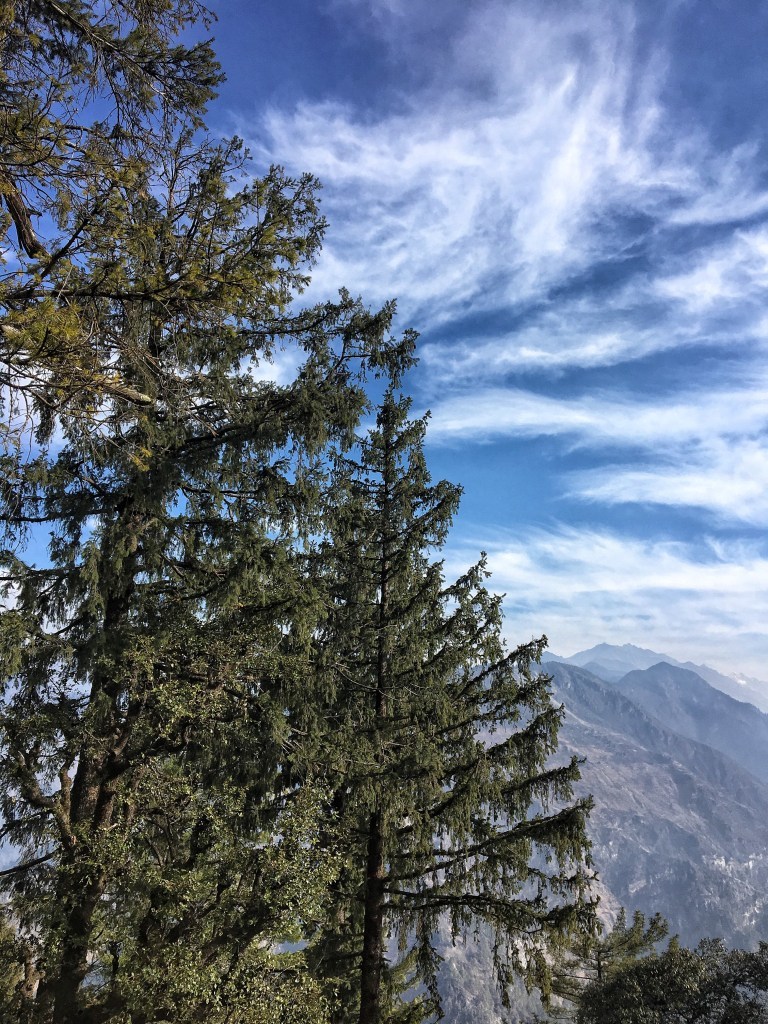 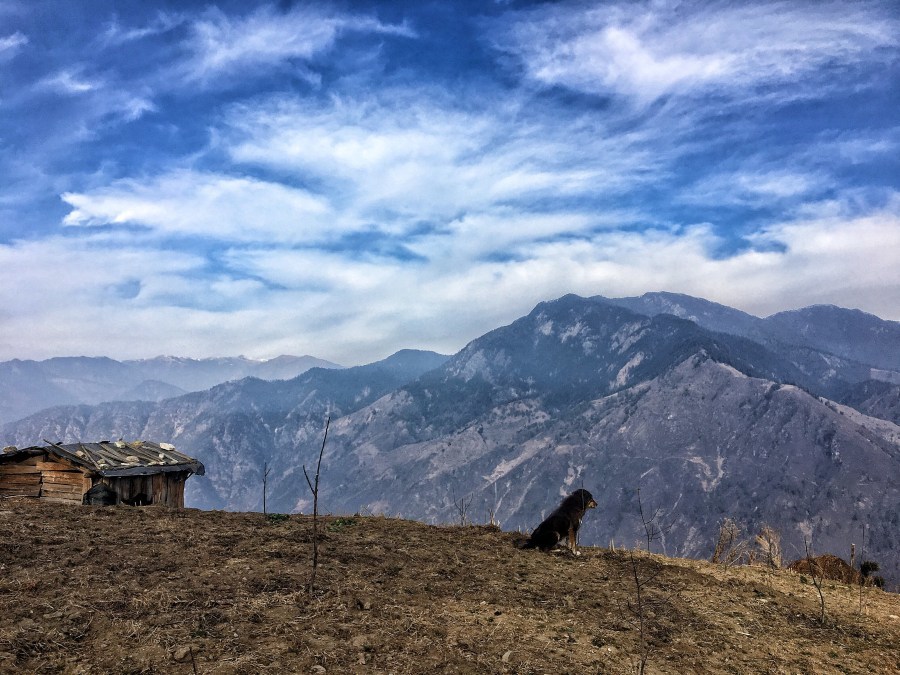 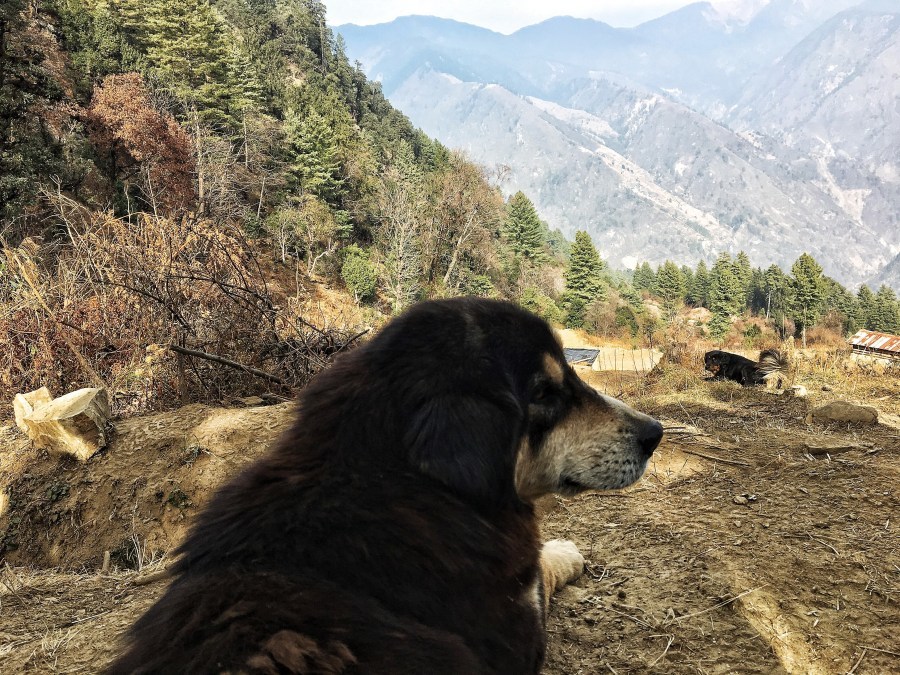