Hogenakkal is a splendid waterfalls in the Dharampuri Distirct of Tamil Nadu State, India.

The name of the waterfall has been derived from two kannada words - "Hoge" meaning smoke, "kal" meaning rock, because the mist created by the waterfall creates a feeling of the smoke emanating from the rocks.

We started from Rajajinagar, Bangalore at around 7 AM in cars. It was a family outing. With a lot of negative reviews and opinions from friends about the risks of not having a proper safety in the falls, we started our trip as I didn't want to drop off the plan just by opinions.

It is around 180 km from Bangalore, which took us around 4 hours despite of taking two breaks for breakfast and drinking tender coconut.

While we were 1 km away from the falls, the authorized people collected 50 Rs as entry fee. We reached there around 12 PM. We parked our cars in the parking area available. We had our lunch and sipped really good Golli soda and started our way walking towards the falls. As we reached there, we met a coracle owner who guided us to collect the tickets for Coracle ride. It was 750 Rs for 1 coracle in which they accommodate 4 people. Once we get the tickets we need to follow the same queue to collect the life jackets.

Apart from the Government fee for coracle ride, the owner demands you for an extra fee to take you till the falls which depends and can vary between 200 to 250 per coracle. Negotiating with the coracle owner was the toughest job. If you want him to give you time to bathe in the falls or to swim in the river, he demands 500. After we reach the first point we need to cross a bridge and get down the steps. Our coracle owner carried his coracle and walked along with us. Then, we all continued our ride. He took us near some of the waterfall points and that way amazing. We played with water splashing on each other. The Rock patterns formed by the water waves is mesmerizing. The feeling of being lost in the gushing sound of water was awesome. Once we have enjoyed the waterfalls, the coracle proceeds towards the other stretch of the Kaveri river where you can find vendors selling chips, fruits, water bottles giving you a feel of floating market. After rowing for a while, you will reach the banks of river Kaveri where you can swim or enjoy the local fish fry which will be freshly prepared over there. I really enjoyed having yummy fish fry along my ride back. Finally we reached the point where we started our coracle ride and returned our life jackets.

As we walked out, we found a shop where we had boiler tea which was very tasty. We went to our cars and took our journey back home via Dharampuri route. We were back home by 9 despite of the traffic at Electronic city.

Overall it was a great day outing.

-Better to avoid going in monsoons 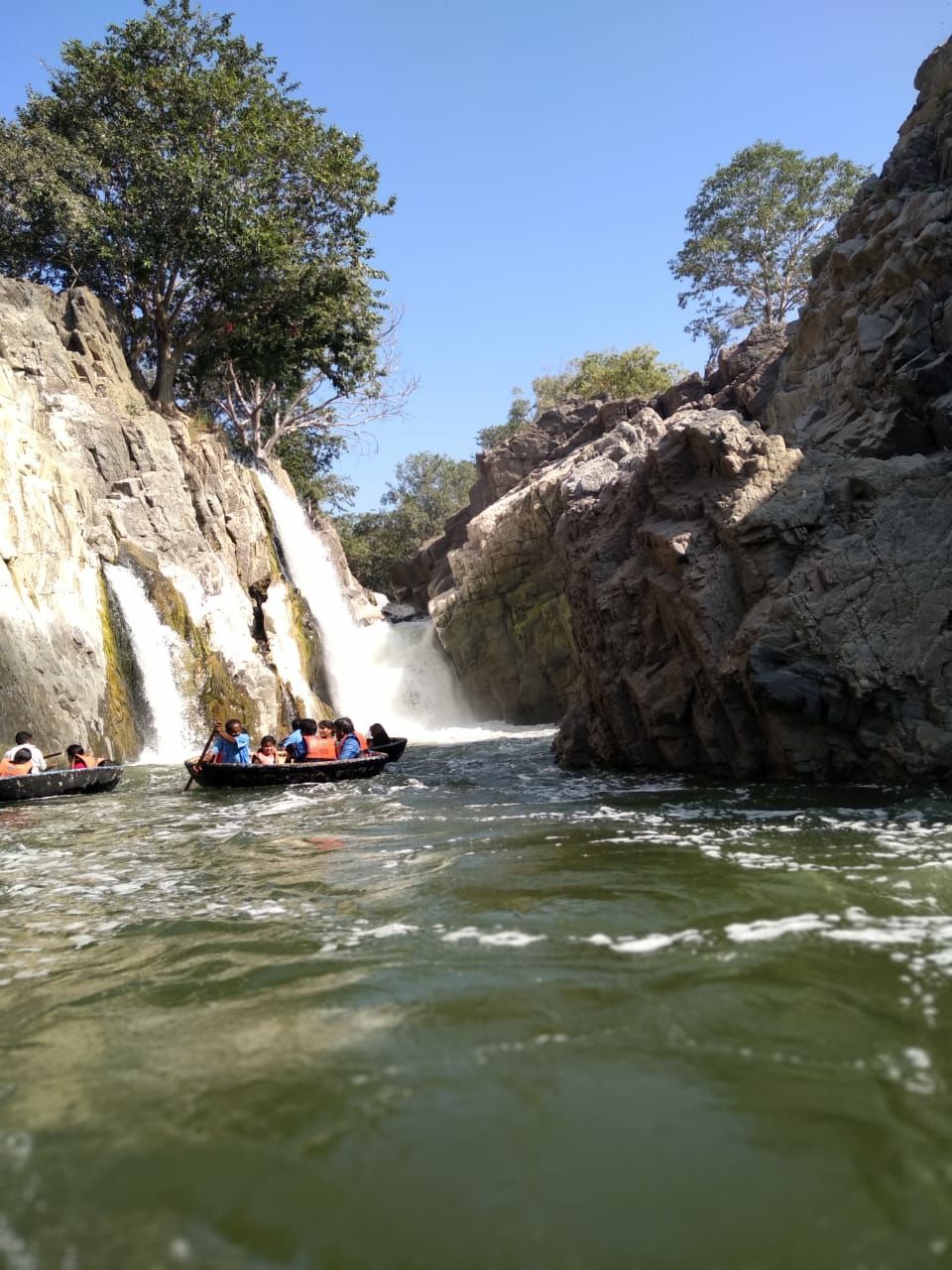 Here we start our coracle ride 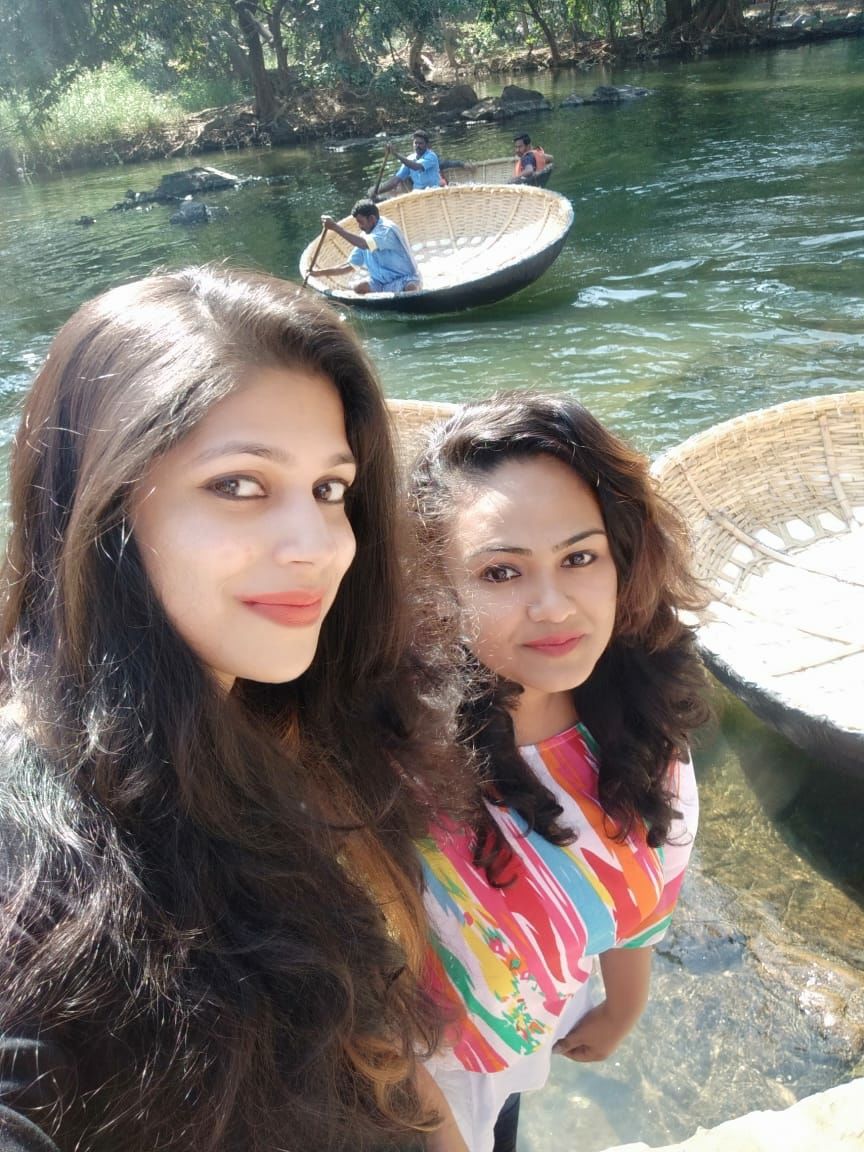 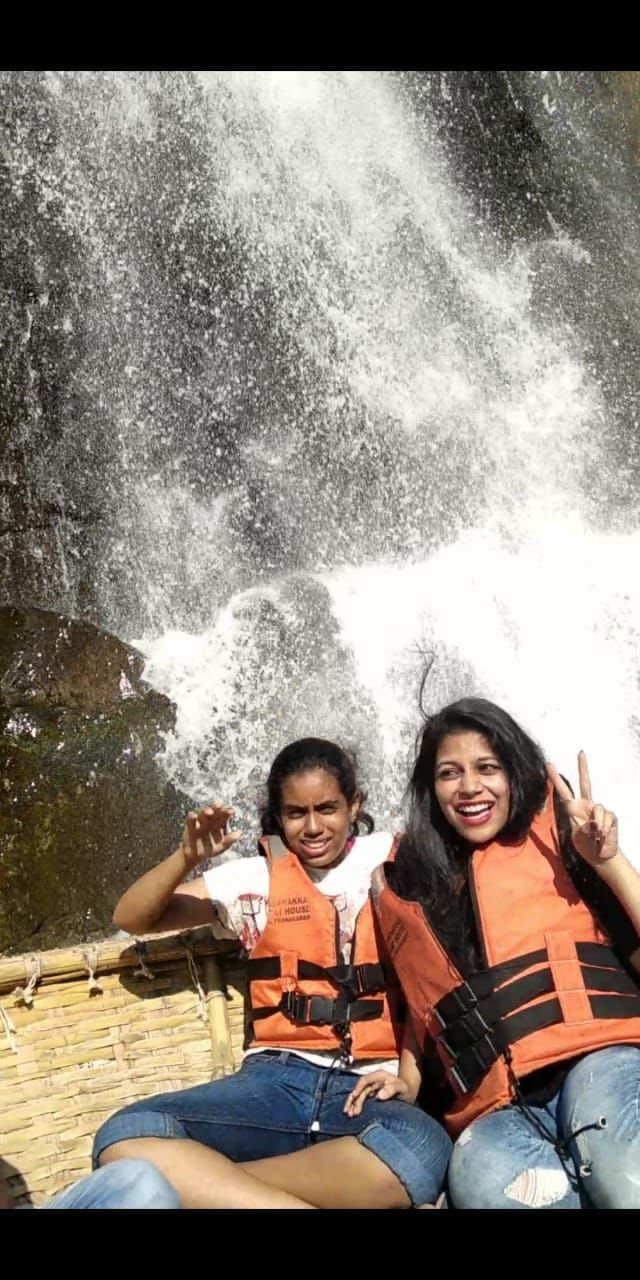 I just loved it 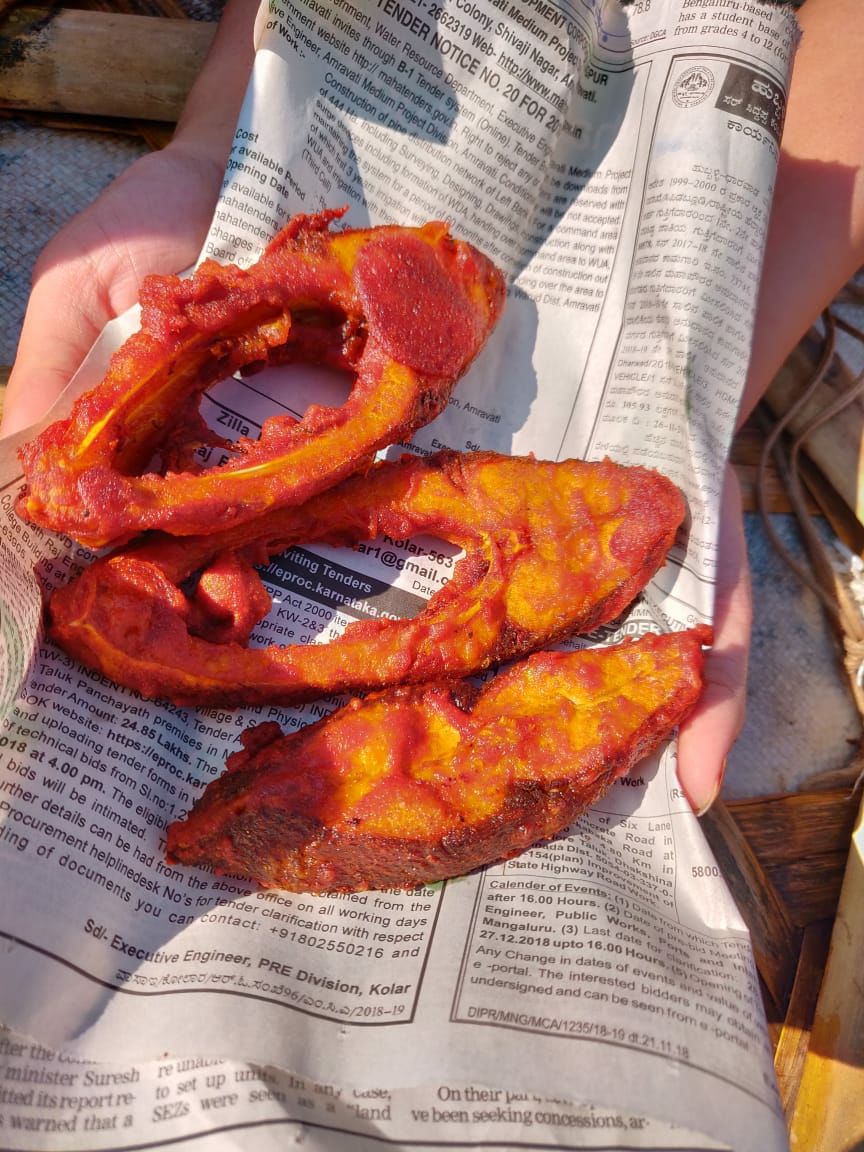 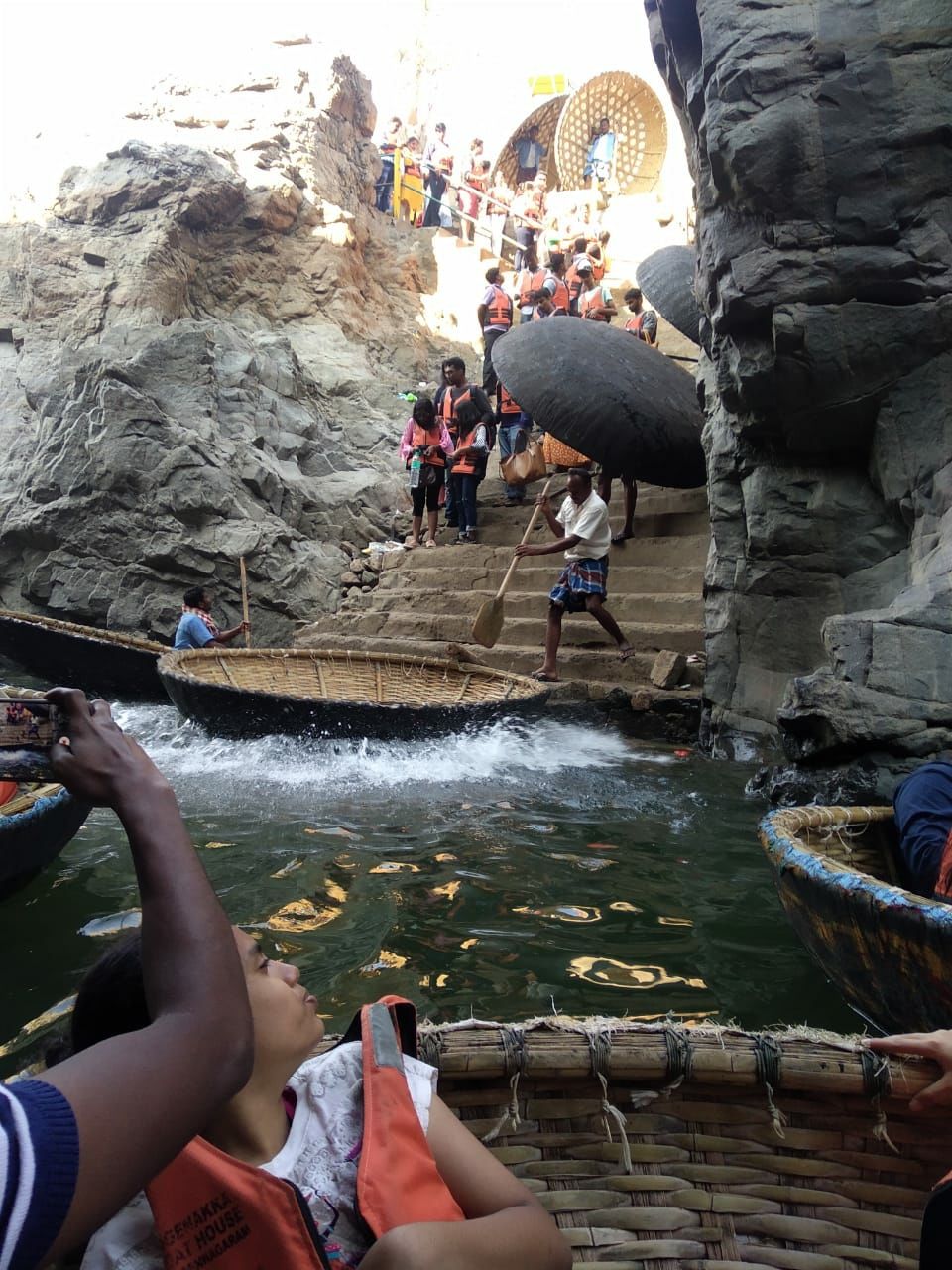 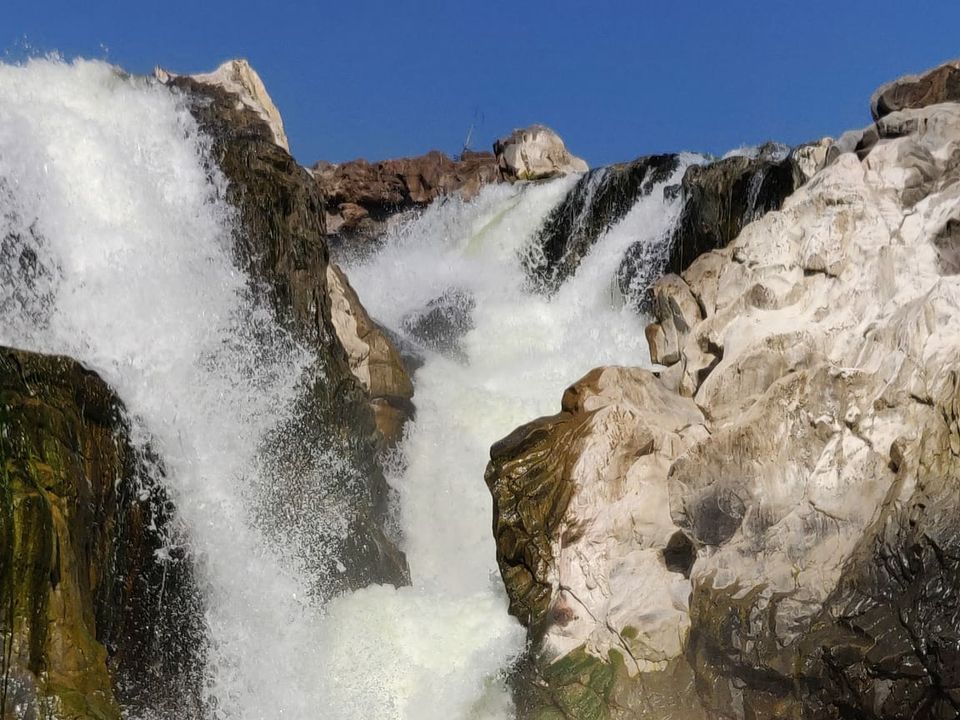 This Rock pattern is formed by a whirlpool 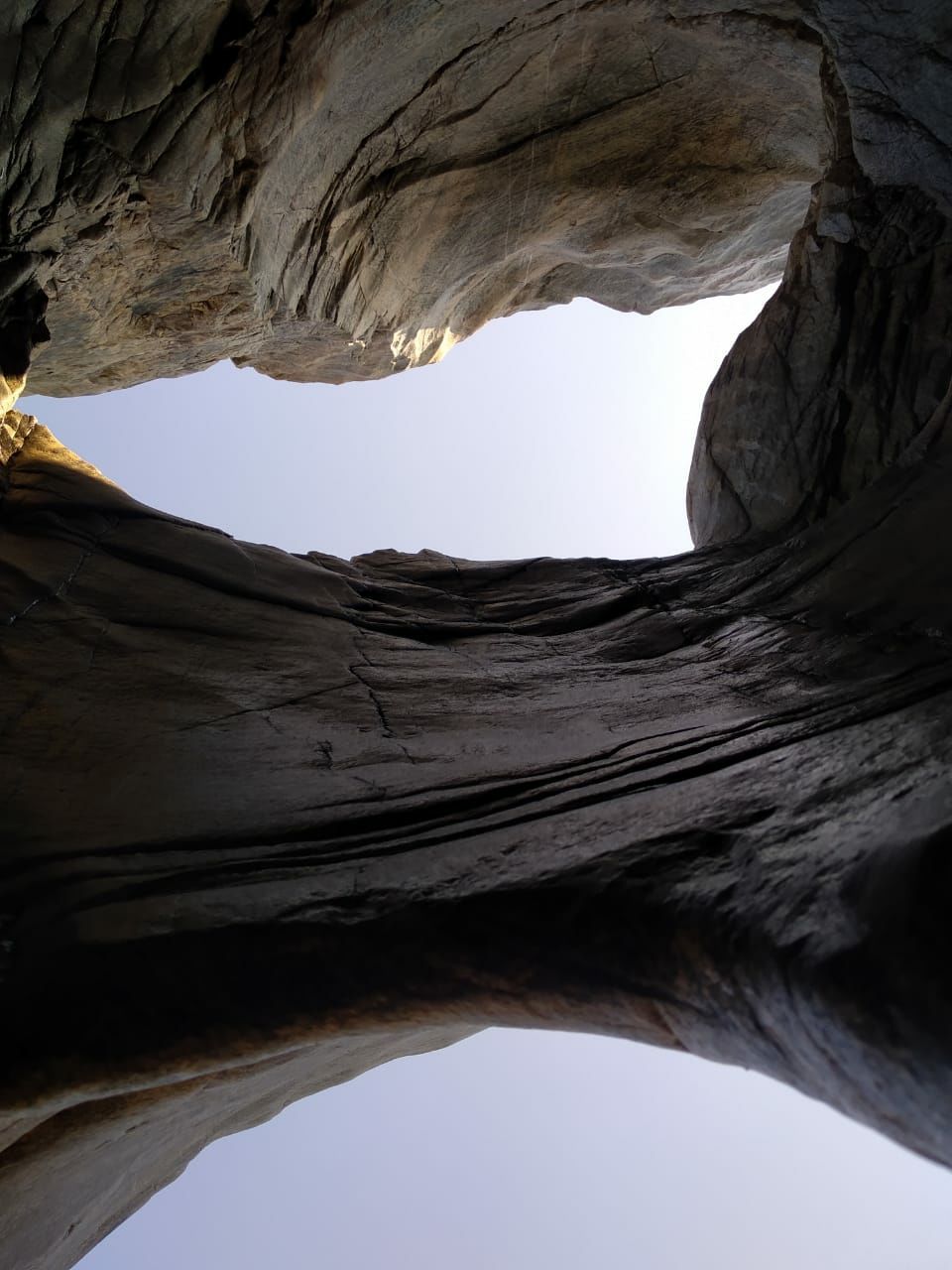