An economical trip to Mahabalipuram & Pondicherry

As a part of my mission to complete the Gounesco challenge to visit all the world heritage sites in India I planned a trip to Mahabalipuram and Pondicherry. There are examples of rock cut architecture and monuments are scattered all around the city. You could either hire an auto-rickshaw or walk . I saved a lot of money by spending the most of trip on foot and it was bearable as I had my hubby Ajay along with me. But each to his/her own.

Despite our decision to cover most of the journey on foot we still had to take buses and Trains as puny little mortals that human beings are , we could only travel so far on foot. There are plenty of places to see in both Mahabalipuram and Pondicherry. Exploring on foot has its own advantages. You get to meet a lot more people and as we chanced upon this local man who directed us on the sequence to visit different monuments, it saved us a lot of time and pain.

We begun with a place called Arjuna’s penance . It is a park like complex with many viharas which would catch your attention. It also houses Krishna’s butter ball the precariously balanced rock. The toilets here were really clean and it is the right place if you need to freshen up. We clicked a few pics and had some slices of cucumber. That helped a lot. But we were beaten by heat which seemed to escalate as soon as we reached Mahabalipuram . Some of the places that we visited were :

It didn't take us much time to walk around all the monuments but the heat wore us down terribly. We had to stop and take gatorades and some fruits to freshen up. Some local shopkeepers take advantage of tourists and charge a bit extra for simple things like water bottles. But still it was beautiful and the sound of sea beyond was really relaxing. Do go to the shrines behind the shiva lings in Shore Temple. We spent some more time here and the blisters on my feet had really started showing their face. Hopping a bit we walked out to feed ourselves and ended up at the inn deco hotel. Definitely not a cheap place though not as exorbitant some of our previous trips had been. After having our meals we proceeded to take a bus to Pondicherry . All we wanted was a cold bath and hot water to dip our feet in, followed by a good night’s sleep so that we can greet Jobin and Pondicherry next day with fresh faces and bodies.

We reached Pondicherry around 6 in the evening and the auto wallahs were there offering us a drop to beach in just 40 rupees. We pulled out Ajay’s phone and checked our location. It was a straight road 2.5 km walk and we decided to walk it and save another 40. I am sure we did earn ourselves some stars from the cheap travelling god above. Blisters on my feet slowed us down to a great extent but we somehow managed to get to Ajantha Beach Guest house. Ajay had been in contact with them over last two days and we were awaiting our thousand rupees a night room to welcome us with AC and a shower. When we reached they told us they had not made any bookings in our name and we were asked to take beach view rooms for 1500. We were not having any of this, we walked out. After walking around a bit we finally cracked a deal at 1200 for a room at the guest house next to it called mother’s guest house. Finally it was time for a bath as Aj enjoyed the bed and AC. Jobin was coming in next day and we were once more searching for better accommodation.

Though I would have loved 1500 apartment we settled to pay 1800 for the apartment and it was a blessing. Jobin was coming at 5 in the morning and we barely had any sleep after that. We walked out to greet sun on the promenade. Did I forget to tell you that the guest house was a stone’s throw from the beach? It used to be old port office for Pondicherry port. After our coffee and a glass of herbal drink from a local vendor for the boys it was time to freshen up and leave for the new accommodation. Once we had checked out we started on foot for the apartment and breakfast. Adamant to have local food, we walked 2kms to our meeting point with the person who would take us to the apartment. We called him up and he would come in soon. Finally we saw a ‘bandi’ it served awesome idlis and Puri. We dug into our breakfast of awesome local cuisine and ended up paying 45/- for our more than filling meal. A cup of tea later we found Mr. Ashok who took us to the cute apartment which was to house us for next two days. The places that visited in Pondicherry were :

After having local food on the way and exploring new destinations , it was time for us to say goodbye. Next day it was time to make a move to Chennai and then off to Hyderabad for us and Bangalore for Jobin. This time we decided to get an AC bus. Jobin got some food packed and we got on the bus reading our time away. We reached Chennai in three and a half hours and had our lunch at the CMBT. We reached central in 15B and now we had to wait. We said our goodbyes and walked over to our train which was waiting for us on the platform.

Tip: When at CMBT and if you want a cheap bus, go to the rear of the terminus and ask around a lot. The bus we were in was going to Kadpakkam. 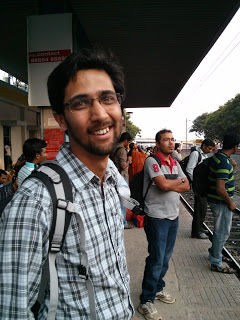 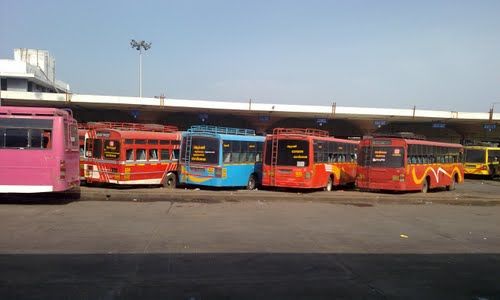 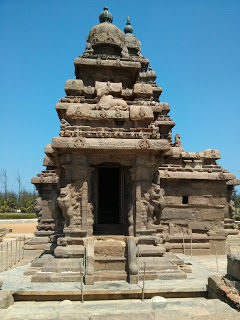 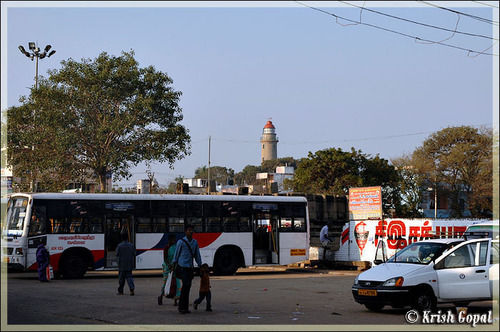 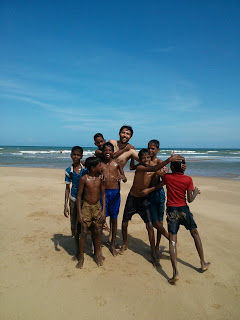 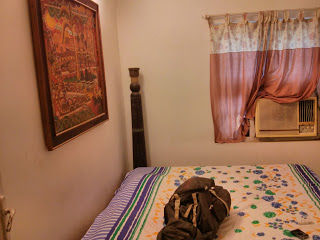 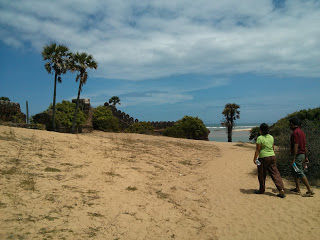 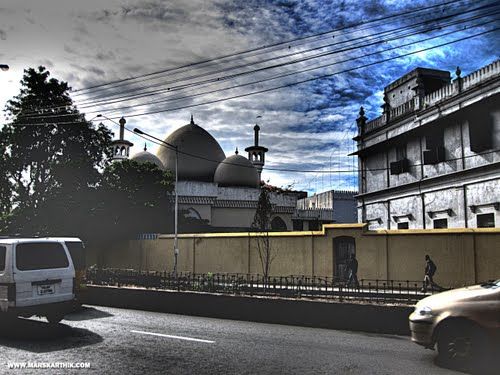