"No war in the history of India is as important either for its intensity or for its results as the Kalinga war of Ashoka. No wars in the annals of the human history has changed the heart of the victor from one of wanton cruelty to that of an exemplary piety as this one." These excerpts from 'Military history of Orissa' resonate in the portals of history, from two millenniums before.

Hidden from the treasured pages of history for a long time, the state of Orissa later resurfaced before our eyes as a poor and illiterate state, the state that shied away, both from the elite club of colonial trade hubs and the modern post-globalisation cities. Orissa, however, was not destined to play second fiddle to other states which were vanguards of development, that took quantum leaps to incarnate themselves as the most modern metropolises of India. Unlike in the early 90's, a visit to the state now proclaims to us that the Kalinga state is no more willing to be poor and backward, and its people are enthusiastic more than ever to find a niche in the bandwagon of emerging cities of India. Orissa, renamed as Odisha, is emerging with good highways,public transport and educational institutions and it even successfully hosted the Hockey World Cup 2018.

So. here we go...to explore the parts of Utkala Kingdom(yeah, the same 'Utkala' we recite in our national anthem)... rather the Odisha!

Bhubneshwar was made the capital, to decongest the old capital of Cuttack. Bhubneshwar is easily accessible by rail, road and air. The airport is only 4km away from the city centre. The state capital has good hotels, restaurants and all modes of public transport including 'Uber'.

Bhubneshwar is called the temple city and it has hundreds of temples associated with Hinduism, Jainism and Buddhism, all finest examples of Kalinga architecture.

The Lingaraj temple is where the deity is still worshiped and so visit the temple in the morning or evening. 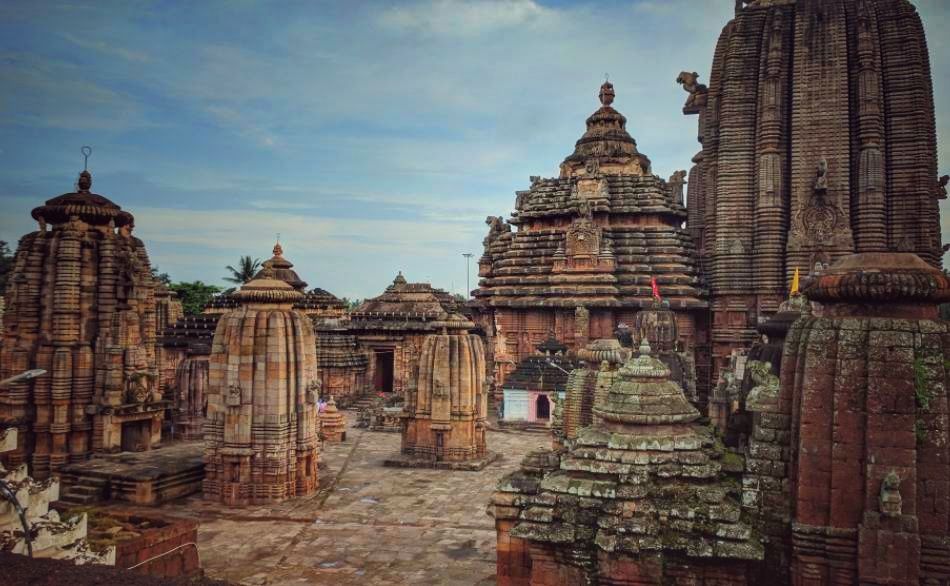 The 11th century Rajarani temple got its name from the red and yellow sandstone called 'Rajarani', which is used to construct this temple. There is no deity in the sanctum and the temple is maintained by the Archaeological Survey of India, and the entry is ticketed. 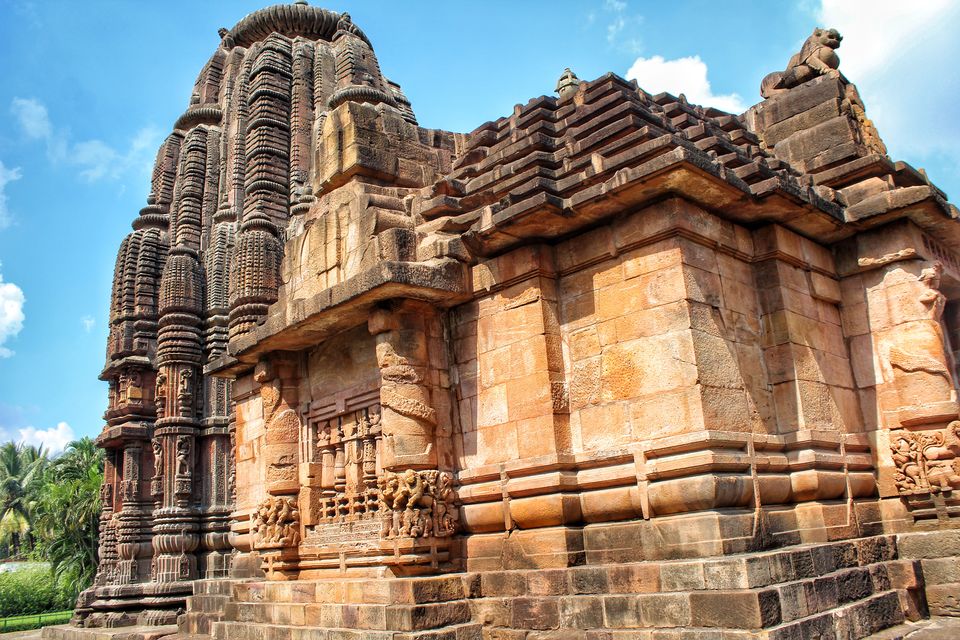 The Mukteshwara temple where Lord Shiva is worshiped, has many temples, all enclosed by an octagonal compound. The sheer beauty of the architecture makes this temple 'the gem of Kalinga Architecture'. The sanctum where the deity is worshiped is identified by the 'dhwaj' or flag at the top of the temple. 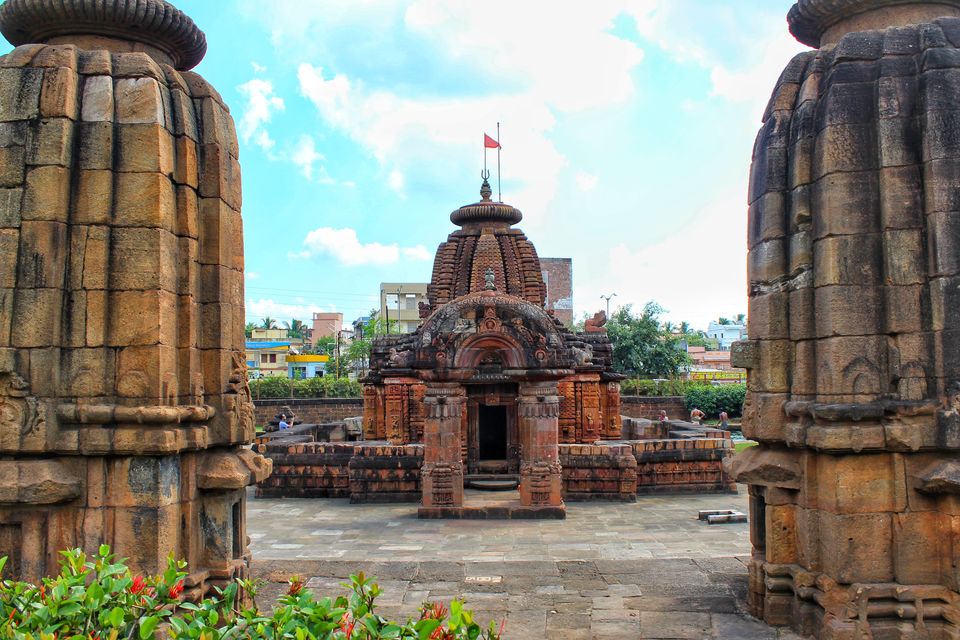 The sanctum where the deity is worshiped is identified by the 'dhwaj' or flag at the top of the temple. 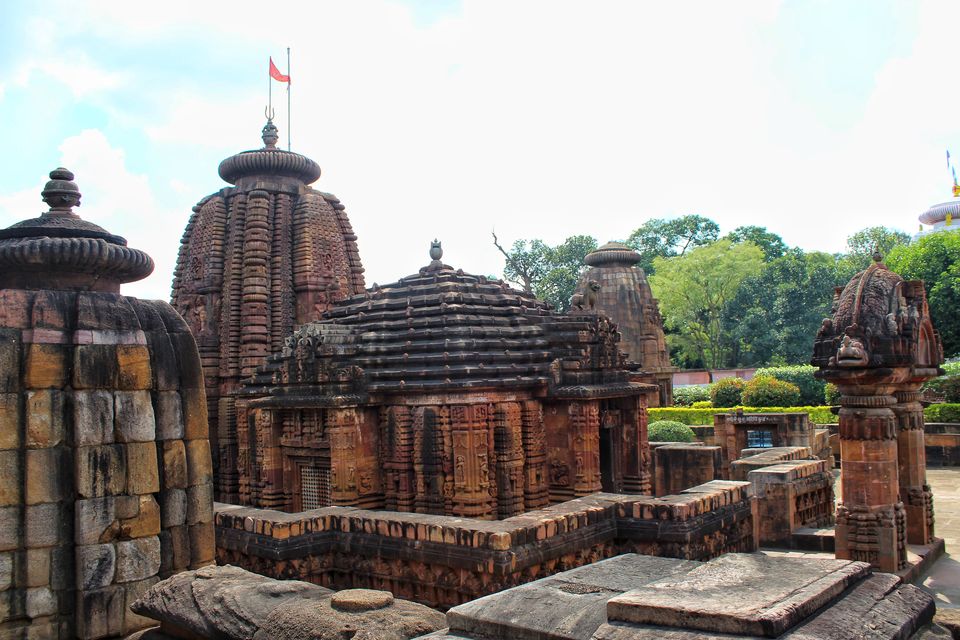 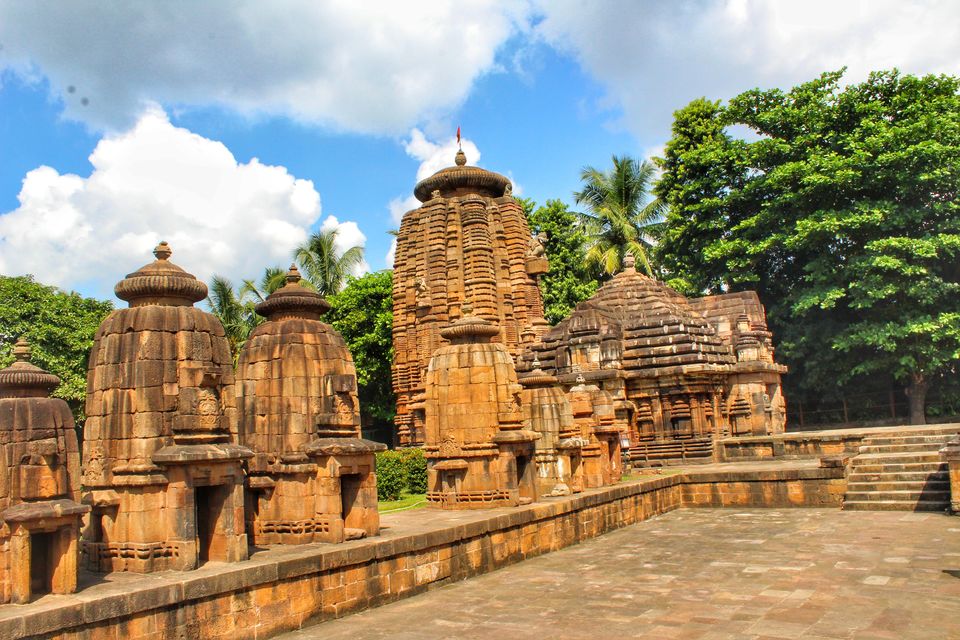 The Udayagiri and Khandagiri caves date back to 2nd century Bc . These two-storeyed caves were the abodes of Jain monks and have beautiful carvings on them. 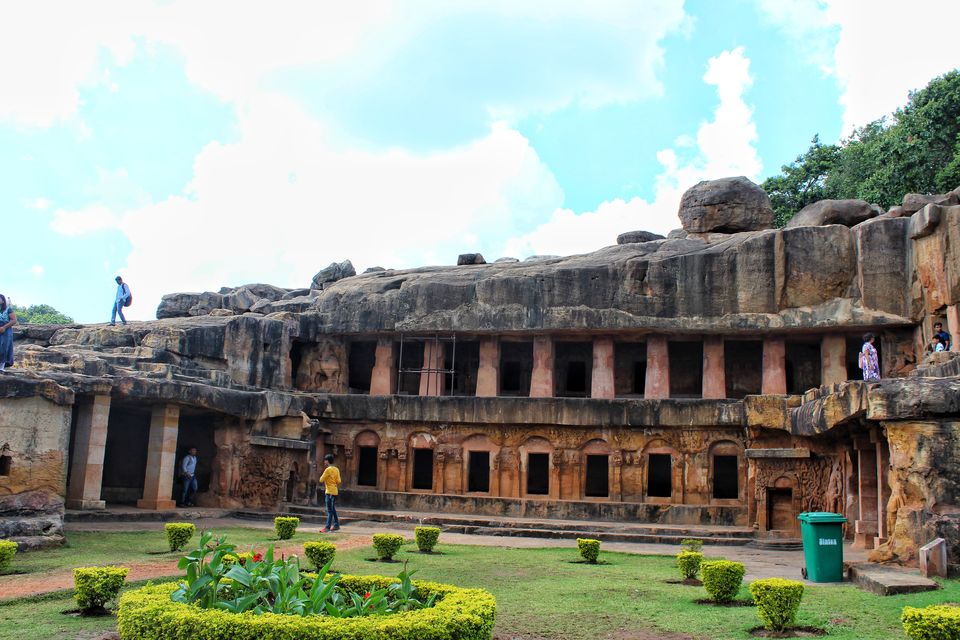 There was a beautiful name that made rounds during my search for the places of attraction in Odisha. It was 'Nandan Kanan' which translates literally to 'The garden of heaven'. Nandankanan is a zoological park, and no offence meant, I found the name quite deceptive . It had animals 'caged' in a forest, though we tell otherwise. Nary a thought, anyone can skip Nandankanan.

It's a pity to see the lions, sans energy, lying in a corner of the park 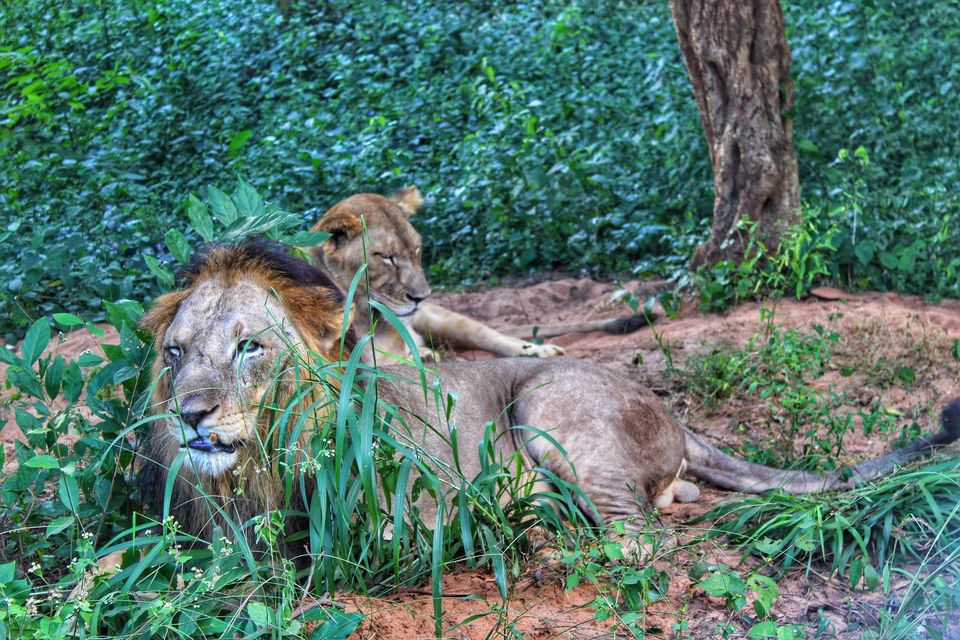 A private-public partnership 'dream team sahara' operates air conditioned buses in Bhubneshwar -Puri route. For INR 110, the bus takes you to Puri in less than 1.5 hours. The NH 316 connecting Bhubneshwar to Puri is well maintained, and trains also run the same route frequently.

Puri is synonymous with the famous and elegant Jagnnath temple, one of the four 'Chardhams' of Hinduism, the other three being Badrinath, Rameshwaram and Dwaraka. Puri Jagnnath 'Rath yatra', where three Brobdingnagian chariots are pulled amidst huge celebration, is so famous that it honored the English dictionary with the word 'Juggernaut'! To carry out the procession of these three colossal chariots, Puri has the widest of roads in the world.

A distant view of the Jagnnath temple 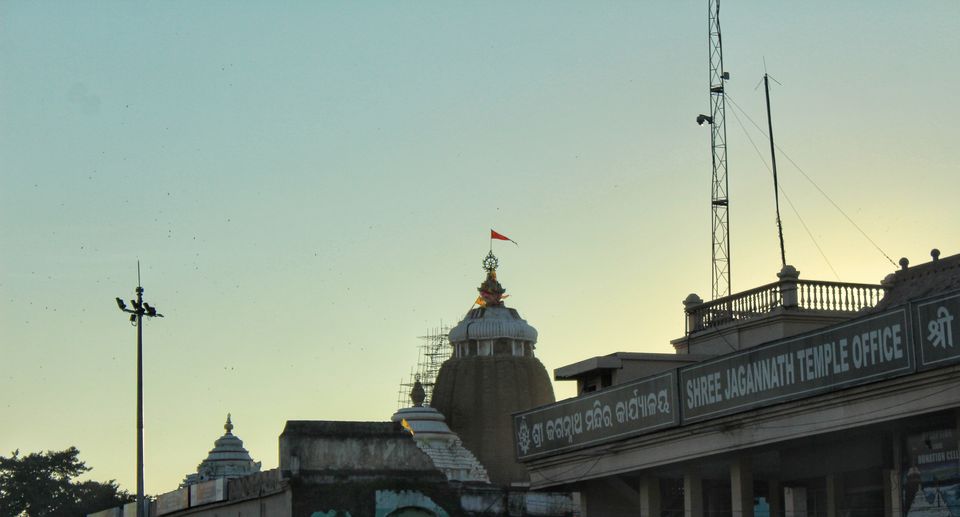 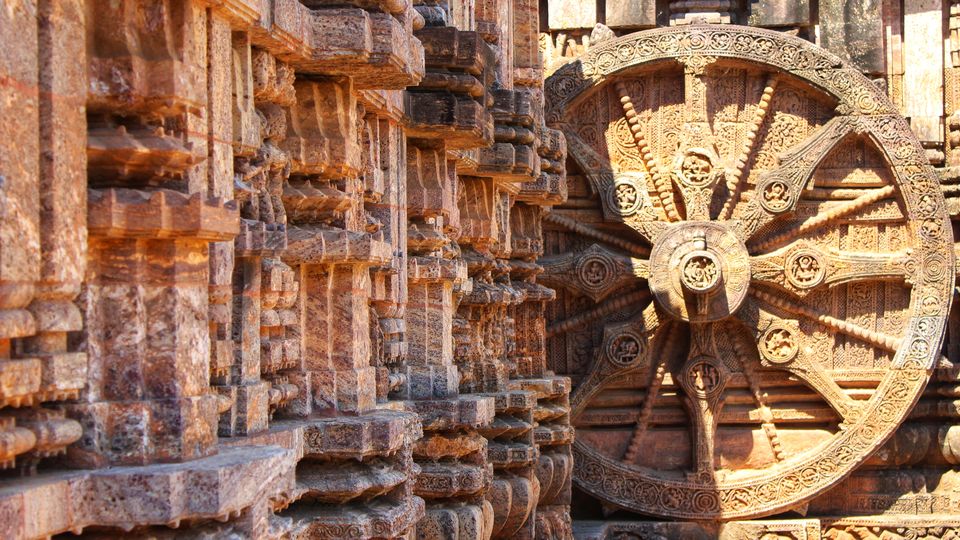 "Here the language of stone surpasses the language of man", wrote Tagore about the Sun temple at Konark! The Konark Sun temple, a UNESCO world heritage site, is an architectural marvel dedicated to Lord Sun. The temple is a chariot with massive wheels, driven by horses, all carved out of stone! This iconic structure can be reached from Puri in less than an hour through the beautiful Puri-Konark marine drive.

The Sun Temple at Konark 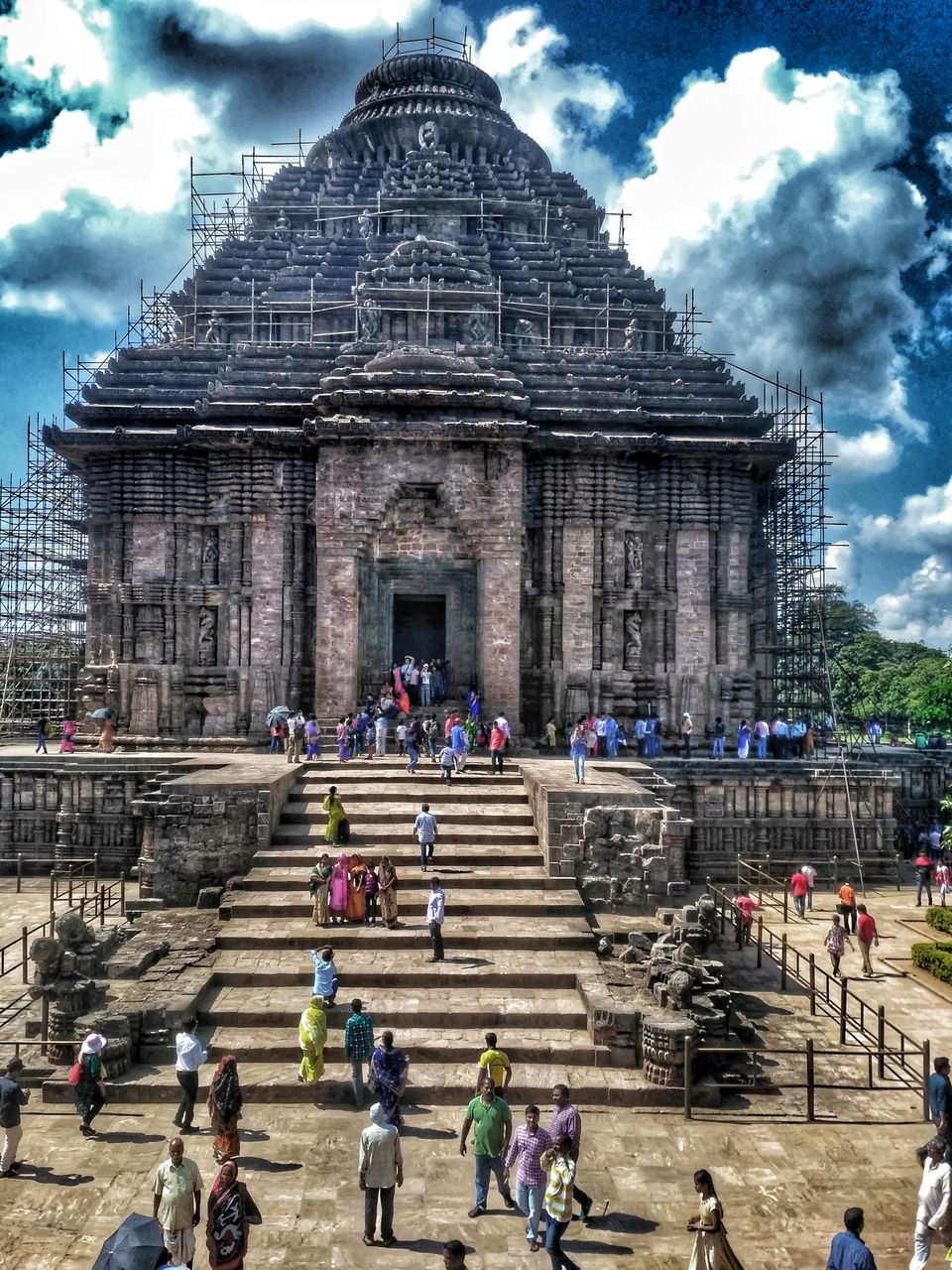 Not far from Konark, 8km to be exact, towards the Puri direction, lies the Chandrabhaga beach. 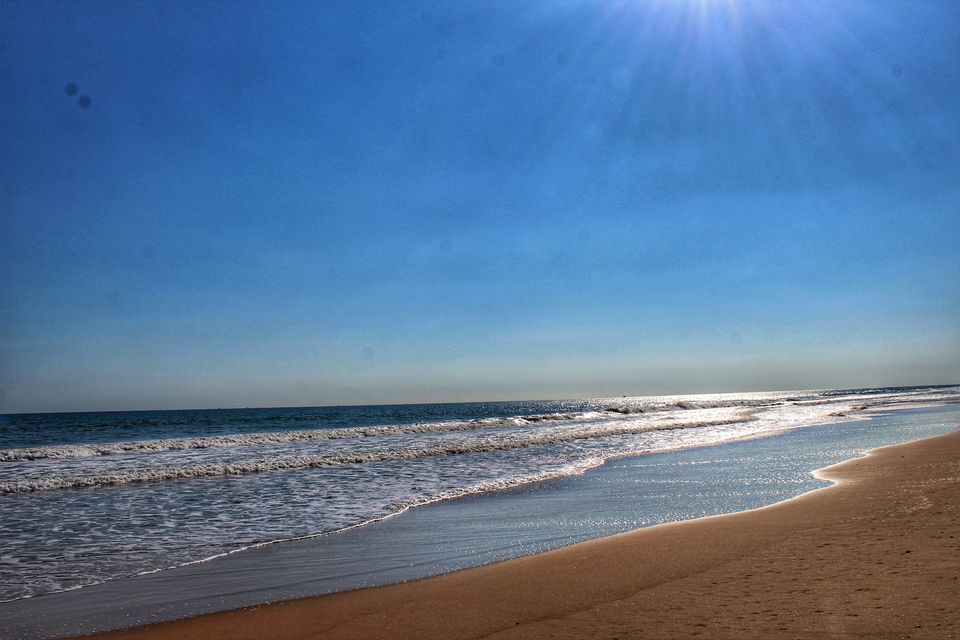 "Chandrabhaga is the first beach in Asia to receive a 'blue-flag' certification, the tag given to environment-friendly and clean beaches, equipped with amenities of international standards for tourists". And this recent news helped me discover this 'less talked about' destination in the Kalinga state. And sans doubt, Chandrabhaga is one of the cleanest beaches in India, the most beautiful too.

Myself walking the infinite beachline 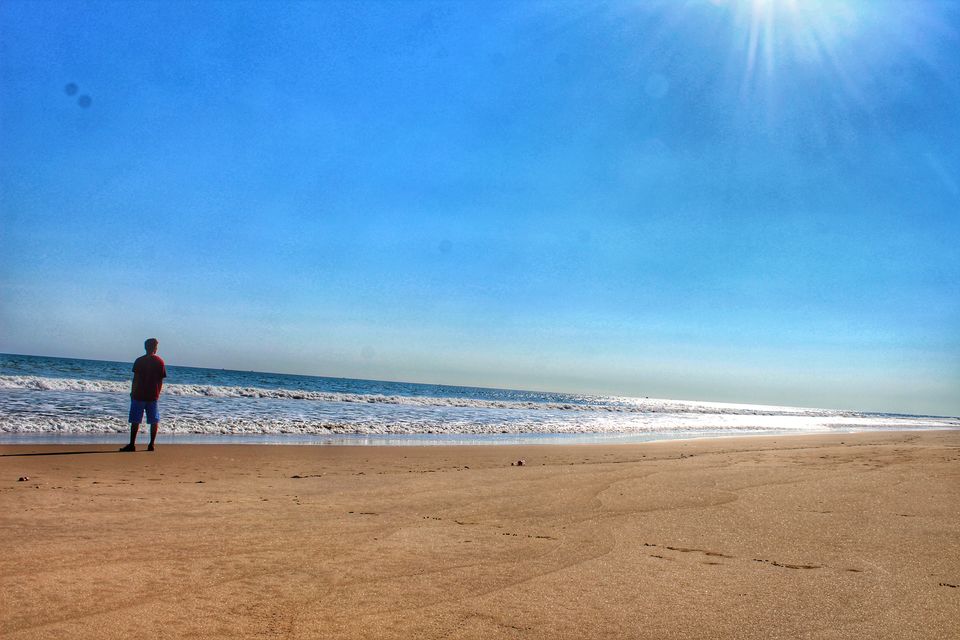 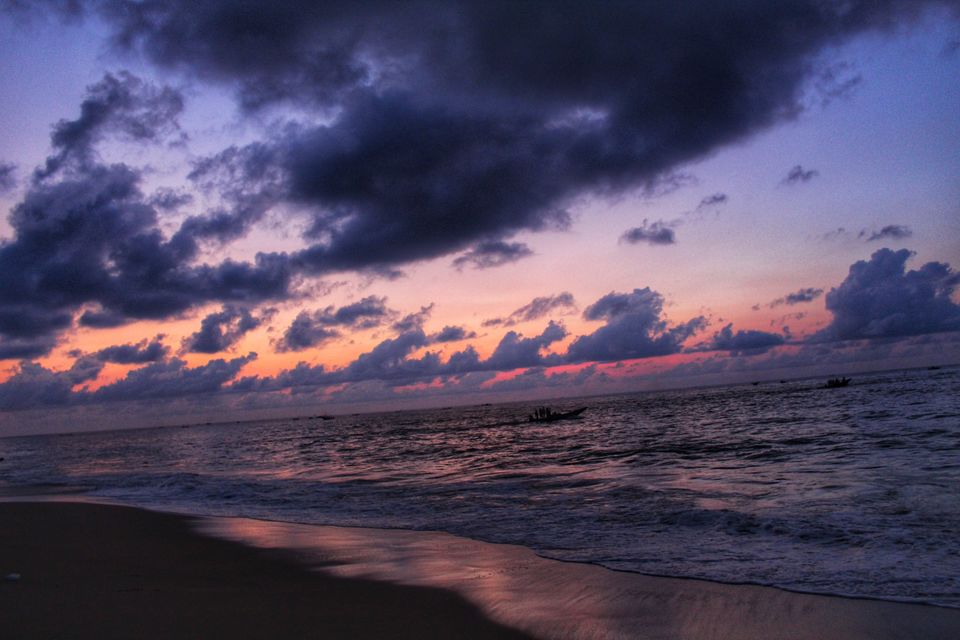 Puri has more magic in store for those who behold. The sunrise at the Puri beach, where the cherry red sun emerges in the horizon painting the entire Bay of Bengal in ruby red appears as if in an artist's canvas. 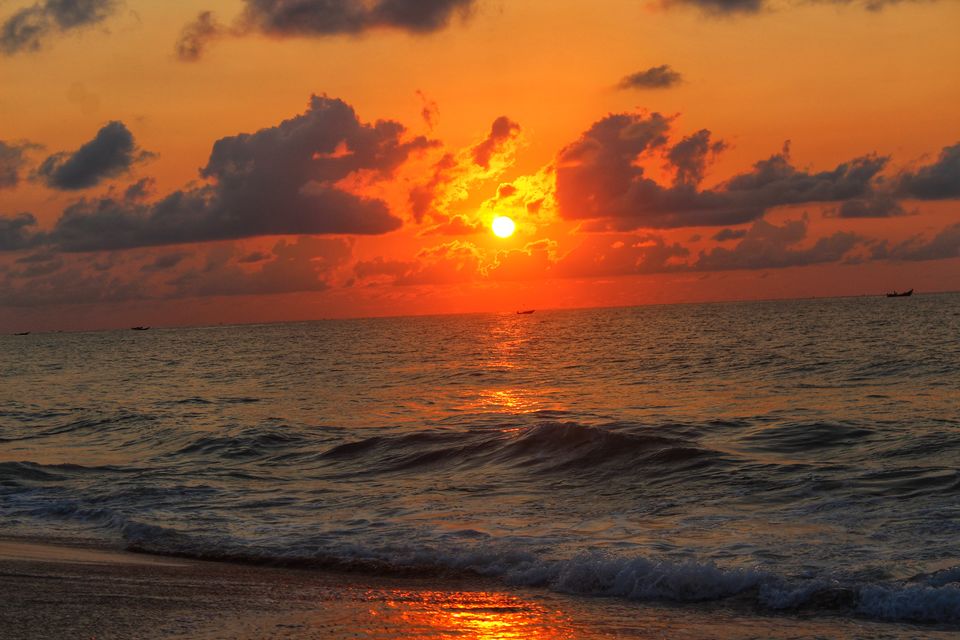 The next destination was the Chilika lake, the second largest coastal lagoon in the world. Home to very rare migratory birds in winter, Chilika lake also has dolphins playing in it. A ride through Chilika lake is recommended but for the insecure noisy fishing boats that take you into the interior waters of this large aquatic ecosystem.

the ride in a fishing boat is anything but delightful 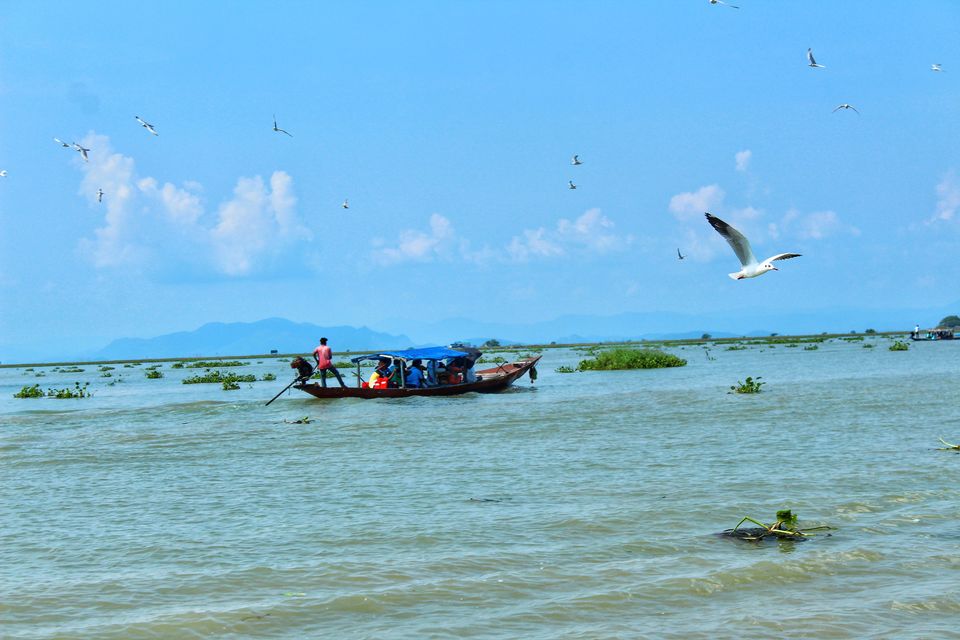 The odessey from the Kalinga state, thus comes to an end, at least for now. The numerous temples, beautiful beaches and a rich history make Odisha a traveller's favourite. And while flying back from Bhubneshwar, I was sure,Odisha has a promising future competing with its rich heritage and history! Happy travelling!:)