The placid winds of open valleys, the magnanimity of Monks delivering their sermon and the metamorphosis of daily stress into simple breaths of meditation. All these instances of life found in the imperturbable decorum of monasteries, nestled deep among the summits of Mighty Himalayas- ultimately lead to Nirvana. The sound of bell gong placates one’s desire for silence and piety. Everyone holds a penchant for such profound spirituality and compassion. But where can one find such absolute spirituality and self attainment? The purity and divine serenity lurks in the Monasteries of India. This article will guide  the travelers to achieve the first hand realization of these spiritual clusters.

Here are the 5 perfect destinations in India for witnessing beatitude of Buddhism.

Nestled deep in the arid mountains of Ladakh, the Thiksey Monastery is situated at a distance of 19 km East of Leh. It holds the accolade of being the largest Monastery in Central Ladakh. This 12 storey monastery, convoluted  around a hill holds a magnificent view of the valley. It incorporates  prayer halls and nunneries having several accommodation rooms for tourists and visitors. The breathtaking 40 feet Maitreya statue oversees the valley. The chimes of bells and gongs amalgamates with clear winds of Ladakh to resonate sound of heavenly bliss. 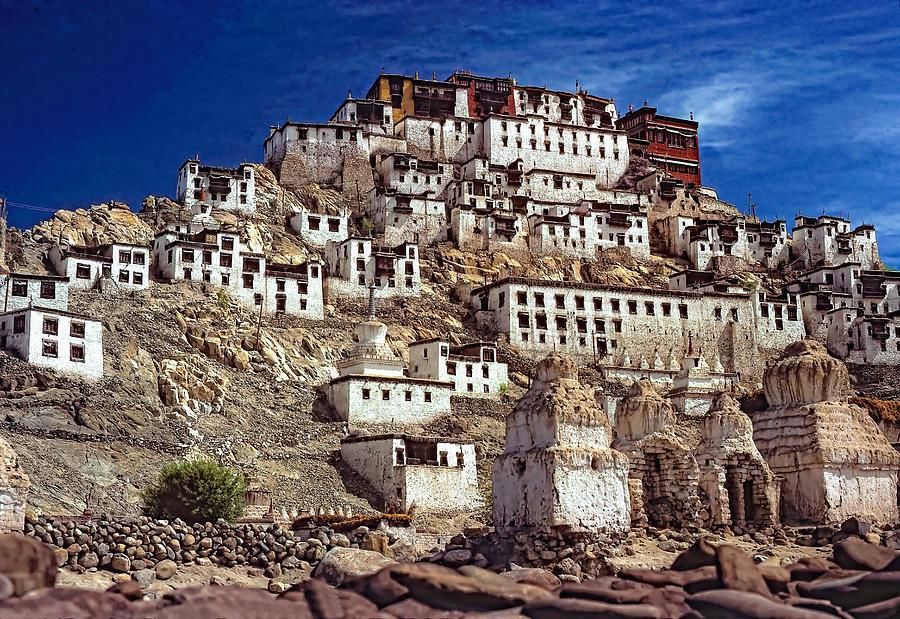 This monastery being thousand years old,  holds the most ancient ties with Buddhism. This ancient monastery lies in the foothills of lower Himalayas in Spiti Valley of Himachal Pradesh. It holds its stature as an institute for training Monks and a sanctuary for preserving ancient Buddhist texts and murals. It is convoluted around a hill as a fort built as a result of years of exacerbating attacks lead by the Mongols. The Tangyur room provides a breathtaking sight of Buddhist murals and paintings. The echoes of chants and the soul pacifying Dharma horns oscillate throughout the valley. 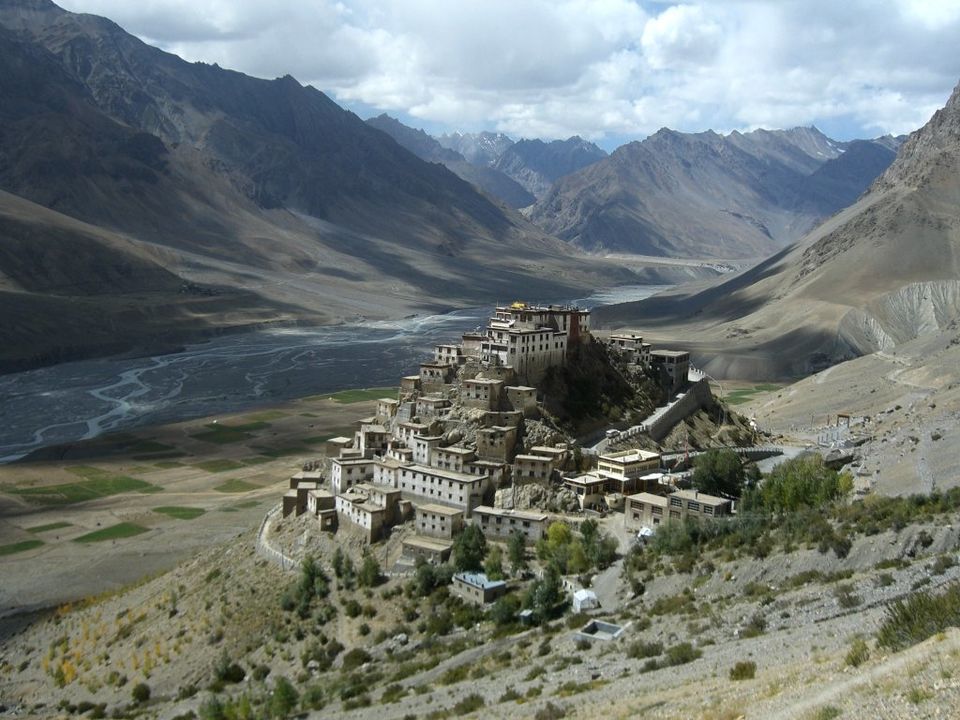 Established by HH Dalai Lam sought his refuge in India, the Namgyal Monastery holds over two hundred monks practicing Dharma and the teachings of Dalai Lama. Situated in Dharmsala, this monastery is a major center for Tibetan learnings and Buddhism. It provides a profound insight into the Buddhist traditions and rituals making it an essential sanctuary for Buddhists and soul seekers alike. It amalgamates the practices of all four lineages of Tibetan Buddhism making it unique and spiritually captivating. 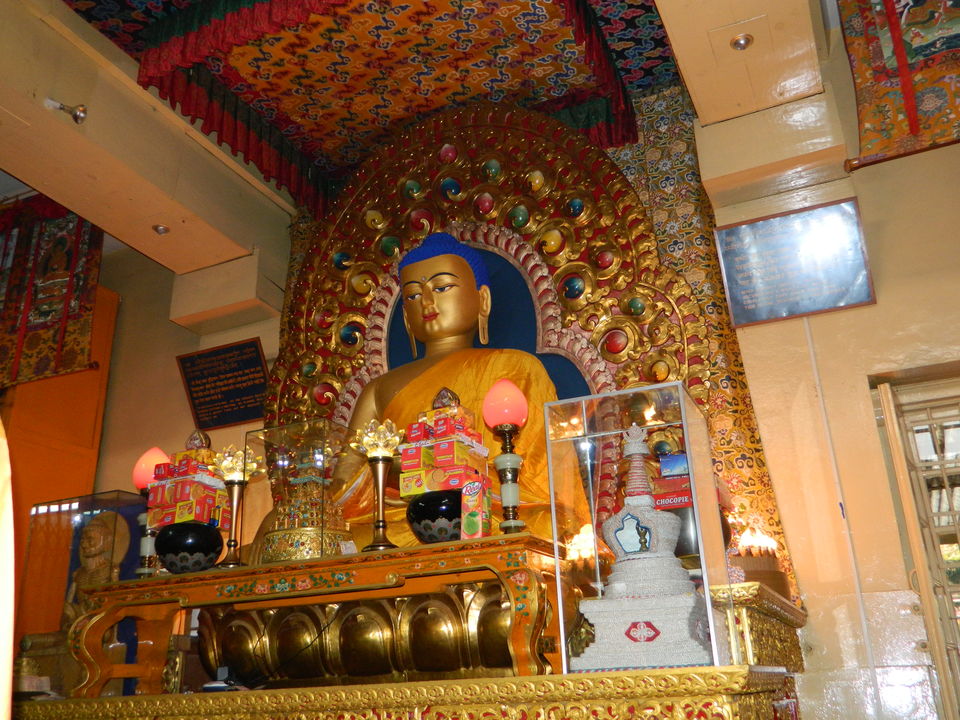 Situated 45 kms to the south of Leh, Hemis holds the title of biggest Monastery of Ladakh Valley. The travelers can witness the annual festival dedicated to Guru Padmasambhava during the month of July. Mask Dance holds the center of attention during this festival. Renowned as the wealthiest monastery, it holds a sanctuary of sacred Thangkas and gold laden Buddha statues. The Monastery provides accommodation facilitates for tourists adorning their spiritual experience with august and eloquence.

Located in the Lungnak Valley of Ladakh, the Phugtal Monastery is a perfect destination for trek lovers. The journey to Phugtal from Ladakh can only be fared on foot. Built around a cave, the monastery was discovered in the year 1827. It annuls old paintings depicting the history of sages who have meditated and lived in the enclosure of this Monastery. The trekkers can encounter scenic views of the valley embellishing their soul with bask nature and beatific spirituality. 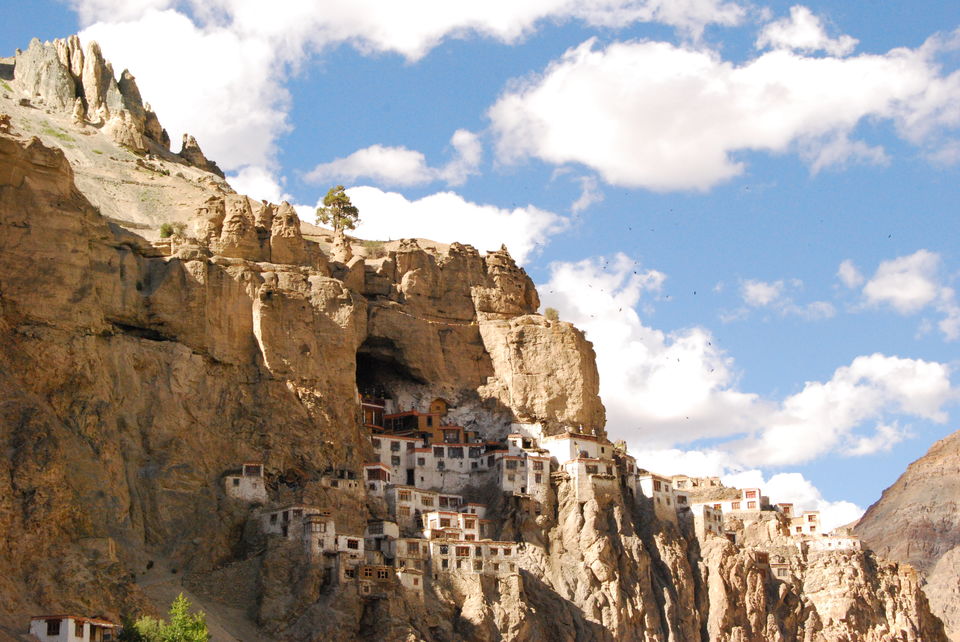