Have you ever been to the largest dam in the world? Believe it or not, dams are, and always have been an integral part of our lives. There's a reason why countries and provinces fight over building up of dams and subversion of rivers. Dams have a huge history behind them too. From the way they are built to the way they work, everything about them is fascinating! Though the first dam ever was expected to have been built across the Nile in Egypt in 4000 B.C., the oldest dam that is still in use is the Kallanai dam in Tamil Nadu, India.

If enigma is your cup of tea, dams are your Parle-G! Here is a list of the 10 largest dams in the world that you must, must visit once in a lifetime. 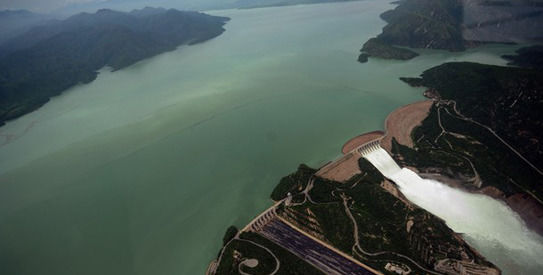 A good time to visit Tarbela dam is during the summer, as during winters, the water level in the reservoir is relatively lower due to sedimentation. In fact, sedimentation has affected the lifespan of the dam too. Tarbela is predicted to be fully functional only till 2060. So, hurry!

How to reach: Tarbela is 437km away from Lahore and can be reached easily by road. 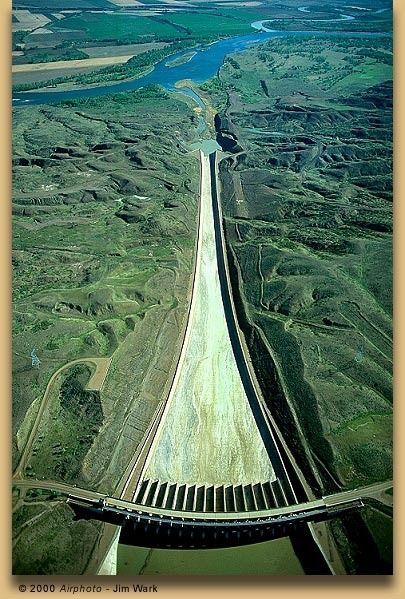 After seven years of repeated failures and reconstructions, the Fort Peck dam was finally completed in 1940. It is a must visit!

How to reach: You can take Highway 117 and 15 Miles South from US-2. The nearest town is Nashua. 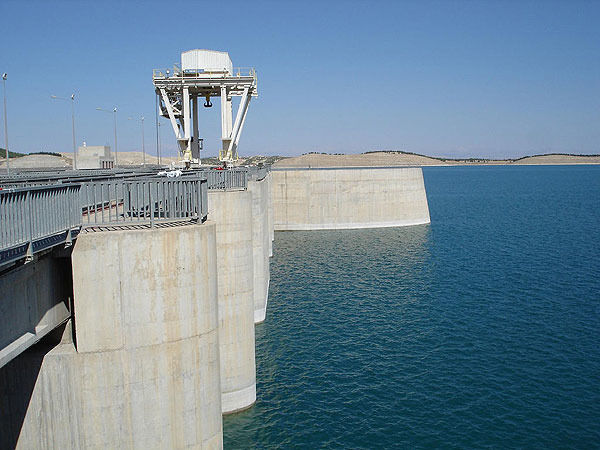 Apart from being one of the largest dam in the world, Ataturk dam is also one of the tallest , and longest dam in the world with a height of 166 meters. It was built in the year 1990 along the Euphrates river in Turkey. It is a major tourist destination due to its large reservoir. Best time to visit the dam is from September to October, as this is when the famous Water Sports Festival and the International Ataturk Dam Sailing Competition take place.

How to reach: You can visit Ataturk Lake by travelling to Turkey. 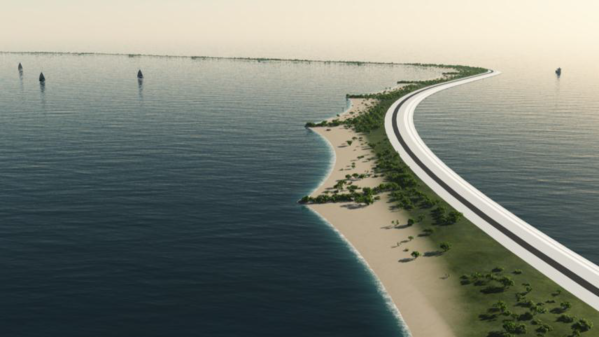 It was built in 1968 alongside Lake Constance and IJsselmeer. Due to a long highway running on the dam, Houtribdijk is often called a "dike". In fact, it is also called "dam of Enkhuizen-Lelystad" by the local people. It is also one of the most picturesque drives. Beautiful, beautiful view for an undisturbed 27 kilometers. This is one of our favourites in the largest dam in the world that you must visit.

How to reach: You can take the N302 highway in Netherlands to take a trip to this dam.

Apart from being one of the largest dams in the world, Oahe is also the second largest dam along the river Missouri. It was built in 1968 and creates the fourth largest artificial reservoir in USA: The Lake Oahe. The lake is a major source of tourist attraction due to its richness in biodiversity. It is home to various species of fishes and the endangered pallid sturgeon. The lake is also a great site for bird-watchers at this largest dam in the world! Oahe dam tours take place every day from Memorial day to Labour day.

How to reach: The dam is very close to North Dakota and can be reached via the freeway. The Oahe Lake stretches 231 miles from the dam and you will reach here first before reaching the lake. 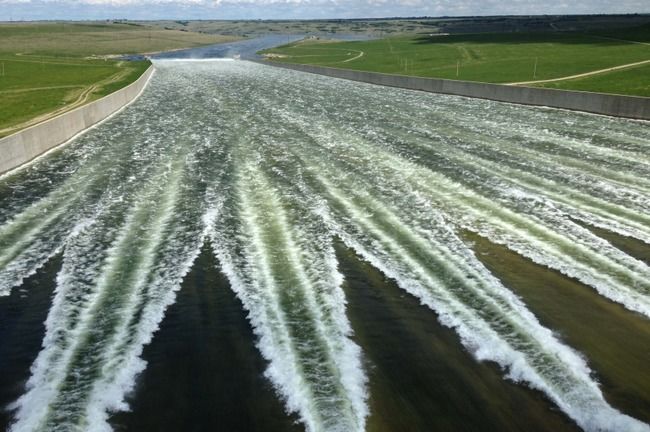 This is one of the largest dam in the world in terms of embankment. Its construction completed in 1967, creating the Lake Diefenbaker upstream. The dam is named after the longtime Canadian federal cabinet minister- James G. Gardiner.

The Gardiner dam is a famous tourist destination in Canada. It is open daily from 9 AM to 5 PM and boasts of a lavish Visitor Reception Centre. A drive across the dam offers us a variety of food, souvenir shops and an informative movie screening showcasing the history of the dam and how it was built, it is also one of the oldest and biggest dam in the world. Nearby parks to this one of worlds largest dam also offer camping, hiking and picnic facilities.

How to reach: You can visit the dam by driving on Highway 44 which is 20 kilometres west of a town called Macrorie or take Highway 219 which is 100 kilometres south of Saskatoon. 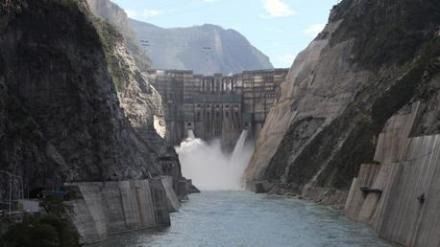 The fact that the impoundments of the Jinping-I dam have allegedly been linked to a series of earthquakes is another reason that arouses mystery and interest around the dam.

How to reach: You can visit the Jinping-I Dam by going to the Sichuan Province, where the dam is.

The picturesque Mangla dam is in the disputed Kashmir valley, or what is also called the "Azad Kashmir". It was completed in 1967 on the river Jhelum. Due to its controversial location, it was not open to visitors till a few years ago. However, amidst tight Army security, now it is. There is a Water Sports Club at Mangla offering boating and some other facilities. Also, one can plan a day trip to Mangla dam as the drive is amazing and on the way, one could visit the famous Rohtas Fort on the GT road as well.

How to reach: You can travel to the Mirpur Cantt in Mirpur, Pakistan. The Mangla Fort and the Mangla Sports Club also gives you a good look at the dam. 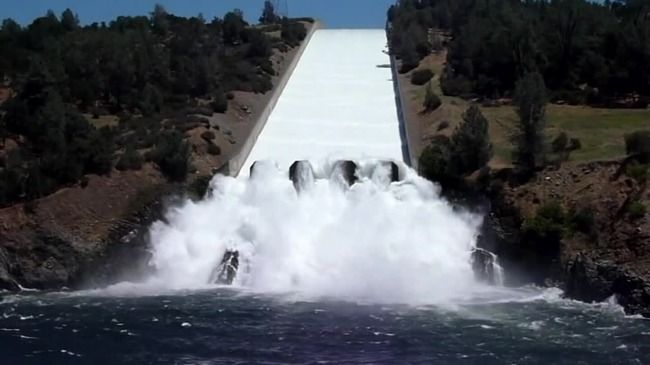 It was built in 1968 across the Feather river in California. It is the tallest dam in the USA and forms the touristy Lake Oroville as an impoundment. The dam is open on all days and has a lot to offer with respect to scenic beauty and knowledge. There is a provision of various guided and self-guided tours. Lake Oroville in itself offers a wide range of biking, camping and fishing facilities. Just around the lake, one could visit the magnificent Father Falls and the Bald Rock. This could easily be an ideal day picnic. When are you going?

How to reach: The dam and the lake are 75 miles away from Sacramento, and can easily be reached by road. 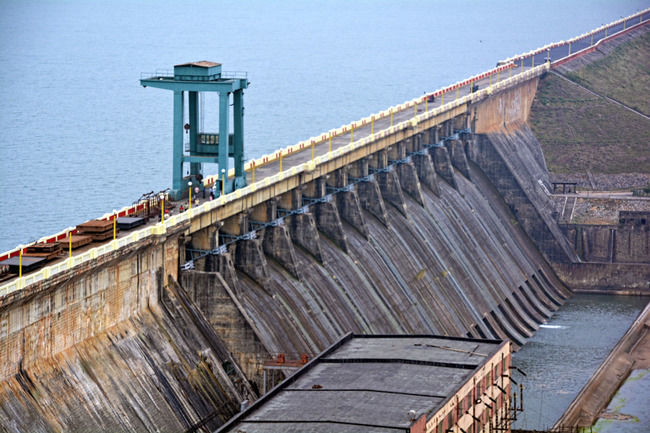 With a great 27 kilometers in length, Hirakud is the longest dam in the world. Built in 1957, this dam is of major historical importance, as it was the first multipurpose river valley project undertaken by India post independence. Hence, it is also the oldest Indian dam.

It is built across the Mahanadi river and Odisha tourism is incomplete without a visit to the longest dam in the world. It is fully commercial with shops selling chips and biscuits inside the complex. It also has two Minars: the Gandhi Minar and the Nehru Minar. The Gandhi Minar rotates and it provides the most eye-soothing view to a tourist. Visit this amazing

The best part about Hirakud dam as a tourist attraction is that it can be visited throughout the year, as each season brings out a different side of it, and each side will charm you. During the Monsoon, Mahanadi river is at its peak and you will be assured of a picturesque view. During the Winter, you can spot a number of migratory birds coming to the reservoir, and the rich in biodiversity: the Debrigarh Wildlife Sanctuary. And during the Summer, you could spot the remains of ancient temples that get submerged during the rains.

Trust the longest dam in world to engage with the history lover within you. More than 200 temples have submerged due to the construction of Hirakud. Most have perished, but some resurface during the summers. Also, the Archaeological Survey of India started gaining interest in Hirakud after remains of what was called the Padmaseni temple were recovered. This was supposed to have been belonging to the Padmapur village, which was the oldest and the most populous region prior to the construction of Hirakud.

How to reach: Sambalpur is the nearest town to the dam and can easily be visited by road.

You could also trust the longest dam in the world to introduce you to the one-of-its-kind "Cattle Island", an island that is inhabited by nothing but wild, huge, untamed cattle. Though photography is strictly restricted in the dam area, this view will forever be etched in your memory of visiting one of the largest dam in the world.

So, you must visit this historical and engineering marvel of India this season. Just don't forget to make it a day trip as there are no places to stay around one of the largest dam in the world.