After many slips we finally made it to Chennai on 25 Mar 2014 for our onward journey to Pondicherry, 160 kms from Chennai. You can either go via Eastern Cost Road or Grand Southern Trunk Road. We chose the later as the road quality is very good and the traffic is fast moving. Plus we wanted to visit Mahabalipuram on our return.

There are lots of places to stay in Pondicherry but make sure you book it well in advance. The best way is to stay in the Guest Houses run by the Ashram Trust. You need to contact them directly.

There are a few restrictions in terms of alcohol & non vegetarian plus they close gates by 10 pm but trust me it is still worth living in them. We stayed in the Sea Side Guest House on the Promenade and had a sea facing room and what a view we had.

Pondicherry is not a big city and the best way to explore the city is to walk or cycle. It is among the few cities in India which respect cyclists and the main beach road, The Promenade is declared a non vehicular road every day between 6 pm and 7 am. It is a long stretch of road with the Bay of Bengal on one side and restaurants, hotels, and the Aurobindo ashram to the other. There is the French war memorial on one side and the Gandhi memorial on other side of the beach road.

The city has laid back attitude and nobody seems to be in a hurry to do anything or go anywhere. It is most famous for Aurobindo Ashram.  Lot of foreigners, mostly French come here to experience Indian spiritualism at the ashram.

On 28 Feb 1968, Mirra Alfassa (also known as "The Mother") set up Auroville or City of Dawn, in Viluppuram district, near Puducherry, Tamil Nadu.

It is an experimental township to realize human unity where men and women of all countries are able to live in peace and progressive harmony, above all creeds, all politics and all nationalities.  In the centre of this town is the Matrimandir, a golden metallic sphere. It is equipped with a solar power plant and is surrounded by manicured gardens. Visitors are not allowed inside the mandir unless you have booked in advance.

Since I was not in to spiritual quest, I left my wife at the Ashram and explored the city on my own.

In the French part of the town there are many interesting buildings. Le Dupleix is one of the oldest buildings and is believed to be 200 years old. It has been restored and converted in one of the two design oriented hotels by the Kapurs of Hidesign family. It is run by Sarovar Hotels. Originally it was built as the residence to French Mayor of Pondicherry, Dupleix. It has 14 luxurious rooms and 2 restaurants, Gourmet' Restaurant and The Governor's Lounge Bar. They also run another Hotel called The Promenade.

Near the Railway Station in Pondicherry is the Basilica of the Sacred Heart of Jesus. It is a 100 years old church and is an oriental specimen of Gothic architecture. It contains rare stained glass panels depicting events from the life of Christ and saints of the Catholic Church.

Eglise de Notre Dame des Anges Church is one of the most popular churches of Pondicherry, located at Rue Dumas. It resembles the Basilica at Lourdes Church, South France and has beautiful white marble stonework. While constructing this church, the limestone was mixed with the egg whites for building the shine.

The Aquarium near the Botanical Garden also deserves  a visit and so does the Seagull Restaurant for a magnificent view of the sea. 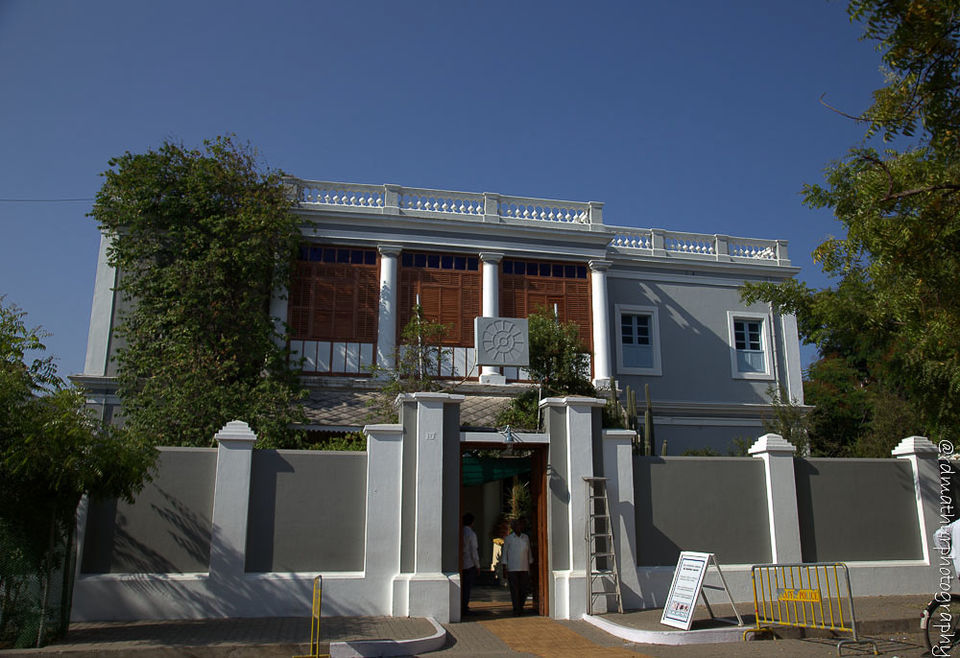 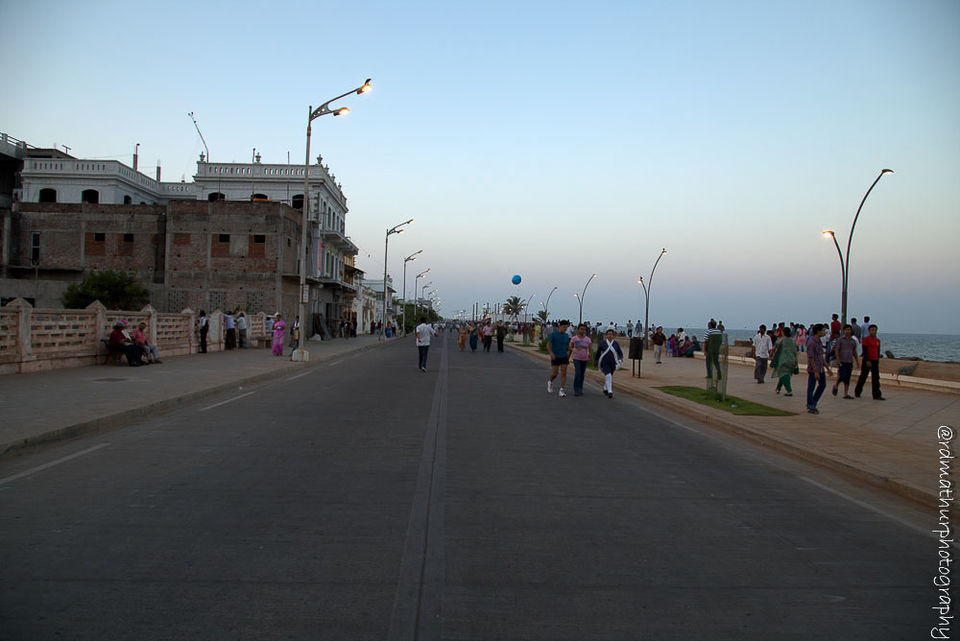 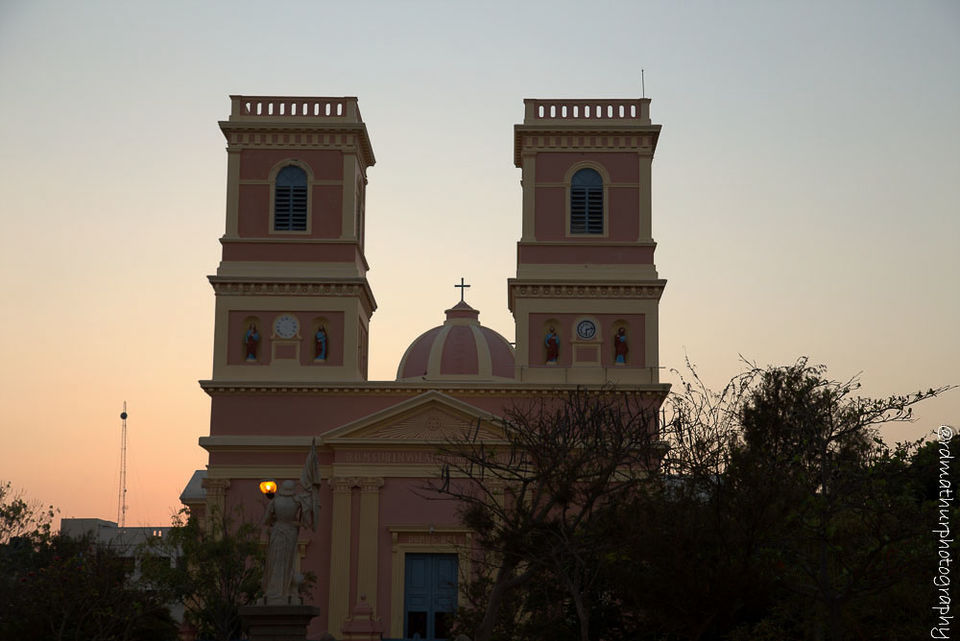