India Travel GuideIndia TripsTake A Leaf From The Culture & Faith Of The Indian Sub-Continent For Your Conservation Rulebook!

Take a Leaf from the Culture & Faith of the Indian Sub-continent for Your Conservation Rulebook! 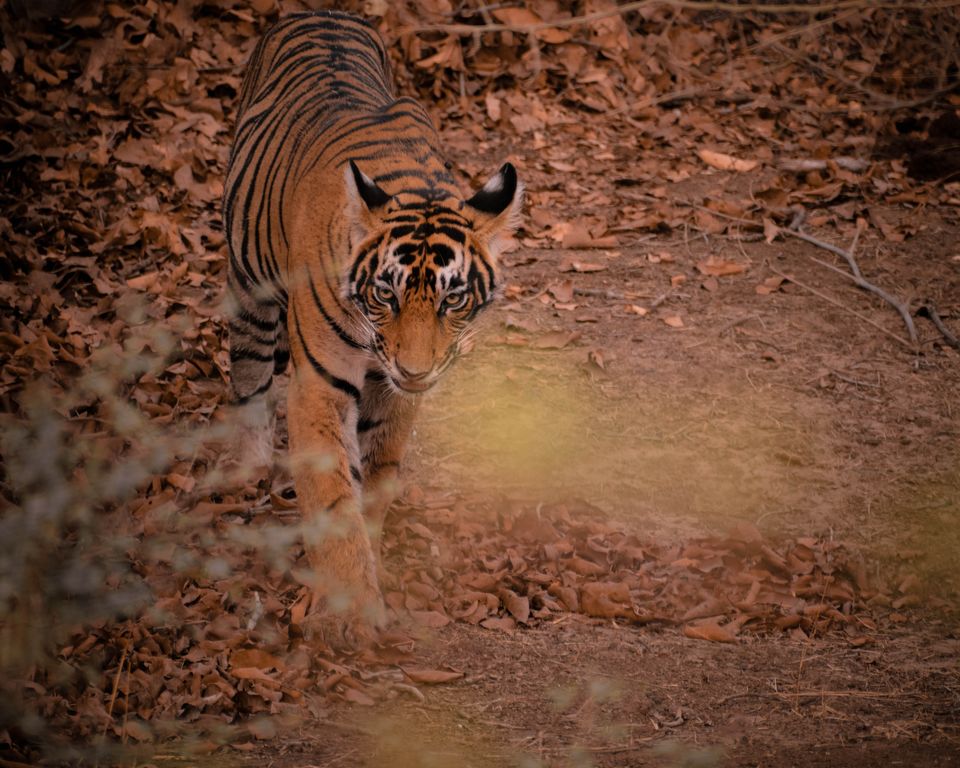 Conservation of nature and wildlife has been an integral part of the cultural ethos of the people of Indian Sub-continent, more so in some of the rural and indigenous communities in the region. The status of mega wildlife in India is an indicator of that. Out of the 48,000 Asiatic elephants in Asia, ~30,000 elephants are in the Indian forests. ~14,000 of the 20,000 leopards in Asia, are in India. Despite the present crisis of tigers, more than half of the total tigers are in Indian forests. And the best of it all, the Asiatic lions are found only in the Gir forest of Gujarat thanks to the conservation effort of the Nawab of Junagadh.

Prophets and saints of all faiths in the subcontinent have advocated non-violence and respect for all organisms— be it Lord Buddha, Lord Mahavir or the Sufi Saints. Ancient rock edicts, folk lore, art and literature provide ample proof that wildlife enjoyed a privileged position in the subcontinent. Kautilya's Arthashastra talks about the Mauryan period where certain forests were declared protected and called Abhayaranya like the present day 'sanctuary'. Heavy penalties, including capital punishment, were prescribed for offenders who entrapped, killed or otherwise molested elephants, deer, bison, birds, or fish, amongst other animals. Till date, this acknowledgement of the need for conserving wildlife is ingrained in our culture and tradition.

In the subcontinent, if something is linked to a certain belief or a form of worship, then it is taken very seriously. So is the case of connecting religious belief with animal protection. There are places, that bring these two – faith and conservation together.

Bears at the Chandi Mata temple in Chattisgarh (C) NaiDunia 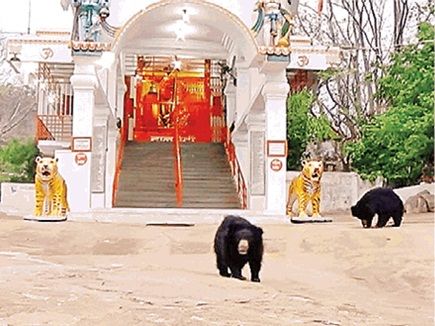 At the Chandi Mata Temple in Mahasamund, Chattisgarh, a few sloth bears come to the temple daily, eat the offerings from the faithful, and return to the forest. Interestingly, they have never hurt the people in the temple. The temple is located close to Malkangiri Forest Division in Chattisgarh. 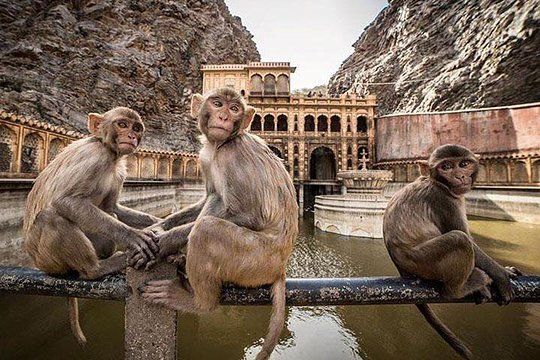 Rhesus macaque and Langur monkeys are found in many popular temples across the country, but the Galtaji Temple in Jaipur is more popular as the Monkey Temple. Large tribe of monkeys are the major attractions here. 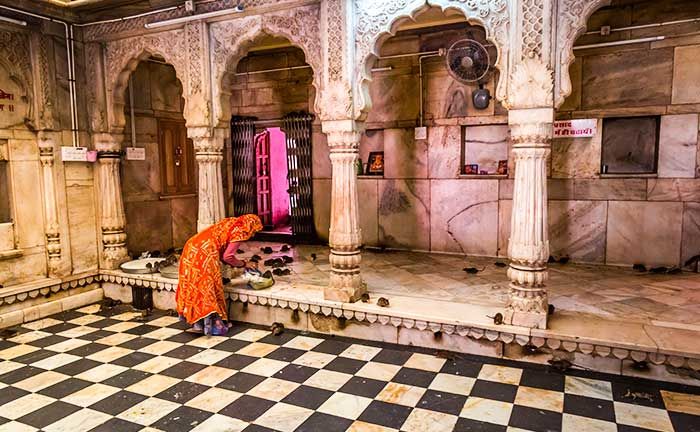 The Karni Mata temple in Bikaner is famous globally as the Rat Temple, possibly the only place on earth where rats are protected and worshipped. The temple complex teeming with rats is another sight!

Then there are a few Sufi shrines in Bangladesh that protect wildlife by connecting them to faith. 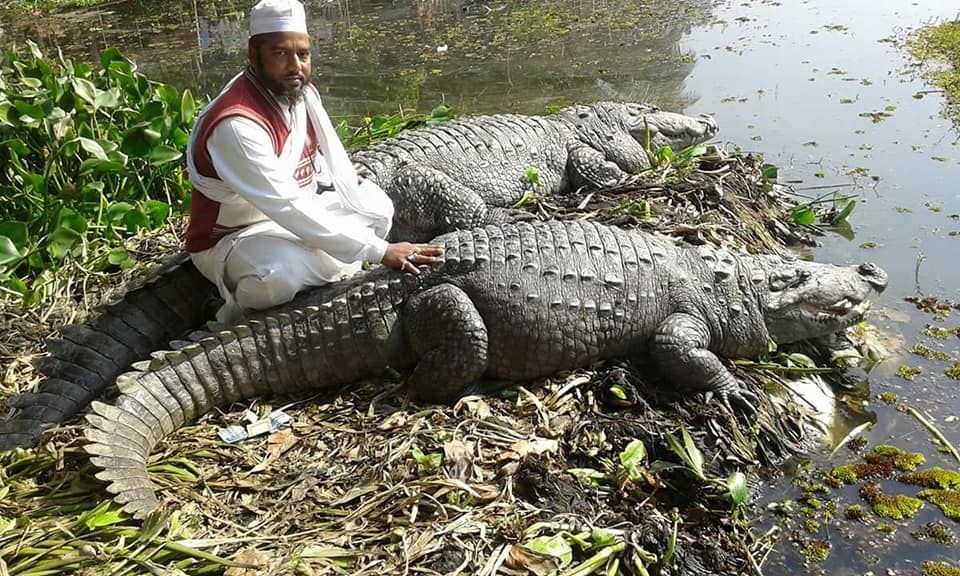 This shrine has a tank with marsh crocodiles that are protected and revered by the faithful.

Shrine of Bayazid Bostami in Chittagong 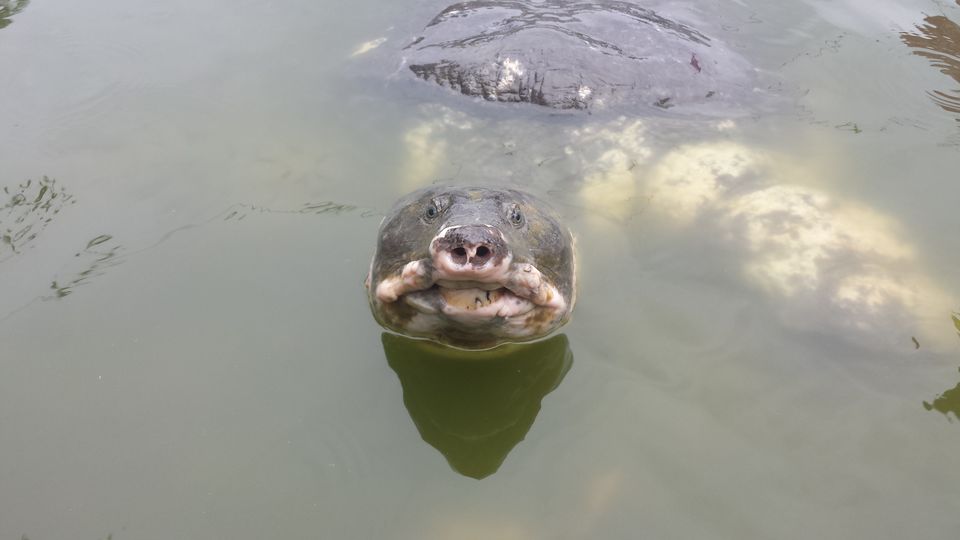 This religious place has a large attached pond which houses several critically endangered black soft-shelled turtles, also called Bostami turtles in the area. The Mazar committee protects and cares for the reptiles. 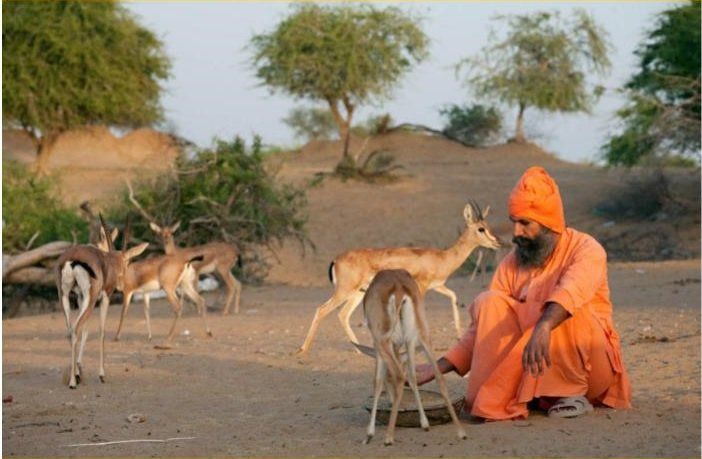 Then there are the Bishnoi sect of people residing mainly in Rajasthan and North India who are famous for their love of wildlife. They protect wild animals, especially black bucks, like their own children. This love for animals and plants is a part of their faith, which they protect with their lives.

The indigenous people and tribes of India are also important contributors to conservation of wildlife. Across the country, where tribal populations still reside, sacred groves are an integral part of their culture. Sacred groves serve as a home for birds and mammals, and hence they indirectly help in the conservation of biodiversity. This is yet another example of how culture and faith are intertwined with the concept of wildlife conservation. 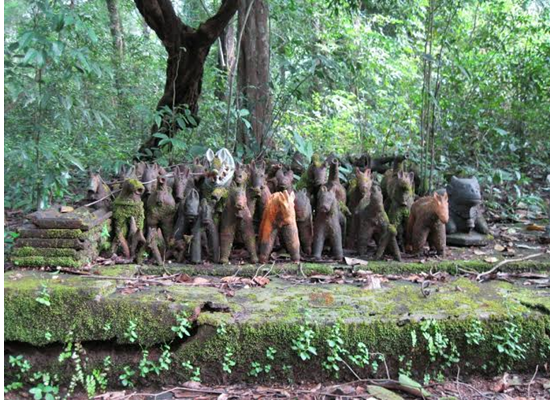 So, while the policy makers of the land focus on conservation by setting up national parks, sanctuaries and biodiversity parks, the concept of preserving and coexisting with wild life and nature at large is an integral part of the culture and tradition of this land. No doubt then, that India is a land with some of the richest biodiversity in the planet, despite the grave threat from urbanization.