Tanot Mata Mandir has a miraculous tale to tell!

130 kms from Jaisalmer a spectacular drive through the Thar Desert, was an experience!
Roads managed by the Border Road Organization are smooth like butter!! Beautiful  vistas of yellow sand dunes and blue skies for miles!!

Near the Pakistan border is the 1200 year old temple of Tanot Mata, or Mateshwari Tanot Rai in Tanot village. Has always been a place of immense faith for the devouts who visit it!!

It's a simply built Temple, with peaceful surroundings. The Devi is all beauty, her face brings tidings of peace within!

This temple is majorly associated with the
Longewala War of 1965 between India and Pakistan, when the Pakistani Army dropped 3000 bombs targetting Tanot Mata, and 450 bombs were dropped - aimed specifically on the Temple!!
Not a single bomb exploded!

Nothing could damage the Temple, despite heavy shelling, which is a resemblance of its spiritual ethos and power!

This is the miracle that happened, and the temple stands rock solid to this day!
Contemporary folklore credits the temple for the outcome of the war.

Some stories say the Devi appeared in the dream of jawans and assured them of protection and victory!  She also asked them to put henna or mehndi on her palms, as she would hold the bombs in her hand and diffuse them!! Till date mehndi is applied to the Devi's hands.

These unexploded bombs and other  memorabilia of the 1965 and 1971 wars, are kept in a glass show case in the Temple museum which can be seen by the devotees and visitors.

The famous hindi movie Border directed by J.P. Dutta, based on the battle of Longewala, showed how the belief on Tanot Mata, did not let soldiers lose their hope against the colossal size of the enemy and weaponry!!

When 120 of our jawans crushed over 2000 Pakistani soldiers with a tank squadron, Pakistani Force was stupefied!!

The temple has earned  undisputed respect  and holds a special place for our Armed Forces and BSF!!

After the war Border Security Force (BSF) manage the Temple.
Aarti performed daily by the jawans of (BSF) is worth attending, it's an experience which fills you up with "Josh"! Gives one goosebumps!!

Victory pillar or Vijay stambh to mark the victory of  Longewala greets you as you arrive at the temple premises!!
Each year on 16th December celebrations takes place commerating the great victory of the 1971 war with Pakistan!

A mazar of Pir Baba in the premises is a symbol of unity and peace!

Hire a local taxi from Jaisalmer. It's a two hour drive. Ramgarh is the last place where your mobile will function and also where you can eat something! One can visit Longewala 53 minutes away, and return to Jaisalmer by evening!!

Thar Desert views of sand for miles we are driving through towards Tanot! 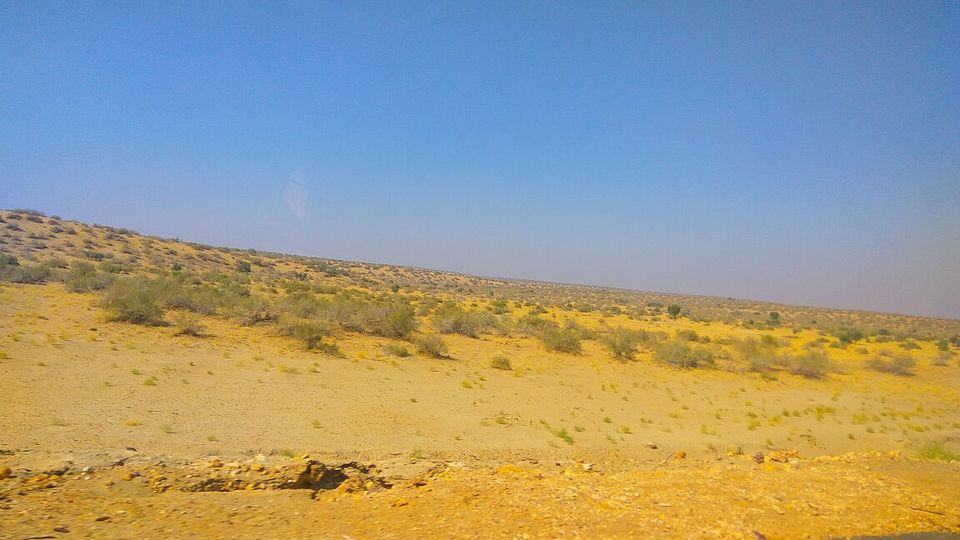 The first sight of the Vijay Stambh, or victory pillar. 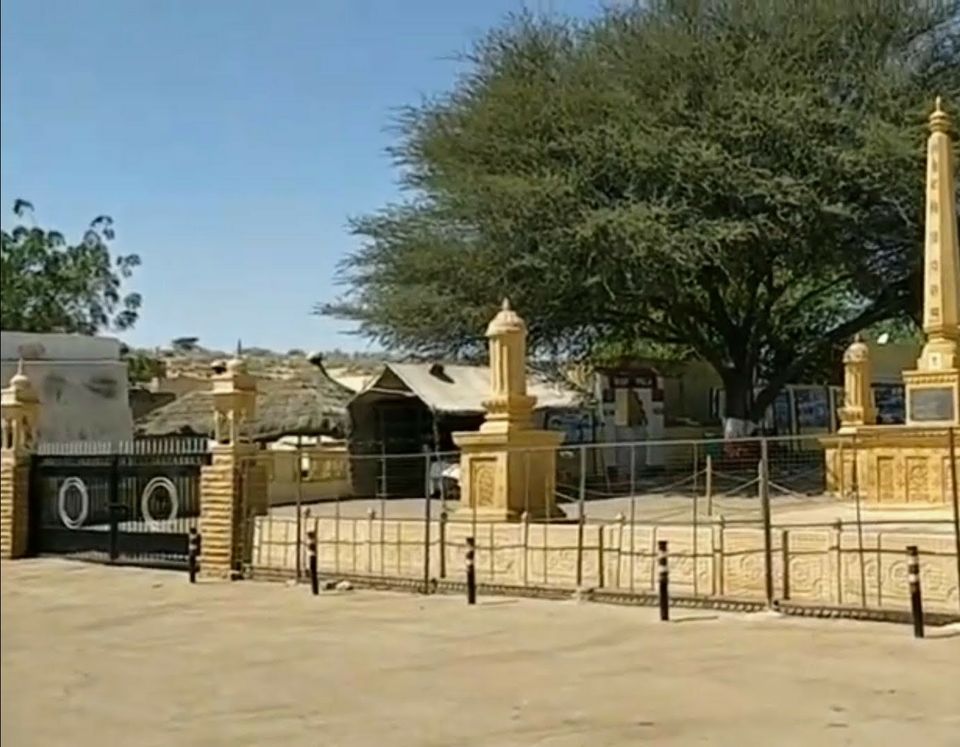 Entrance to the Temple premises, ID cards are checked here! 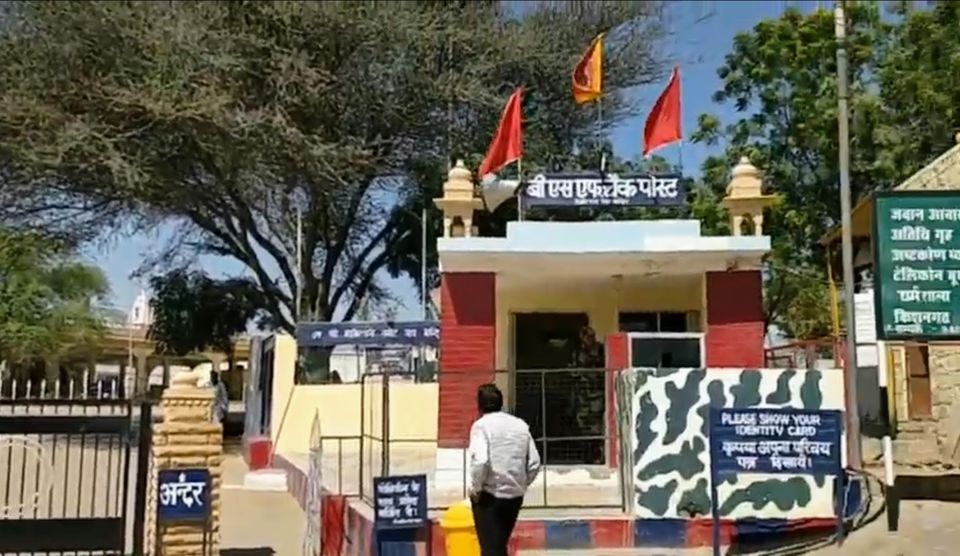 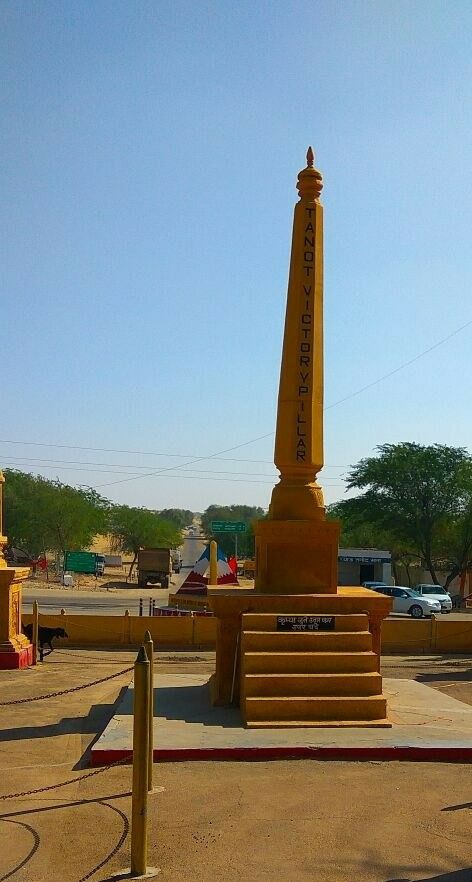 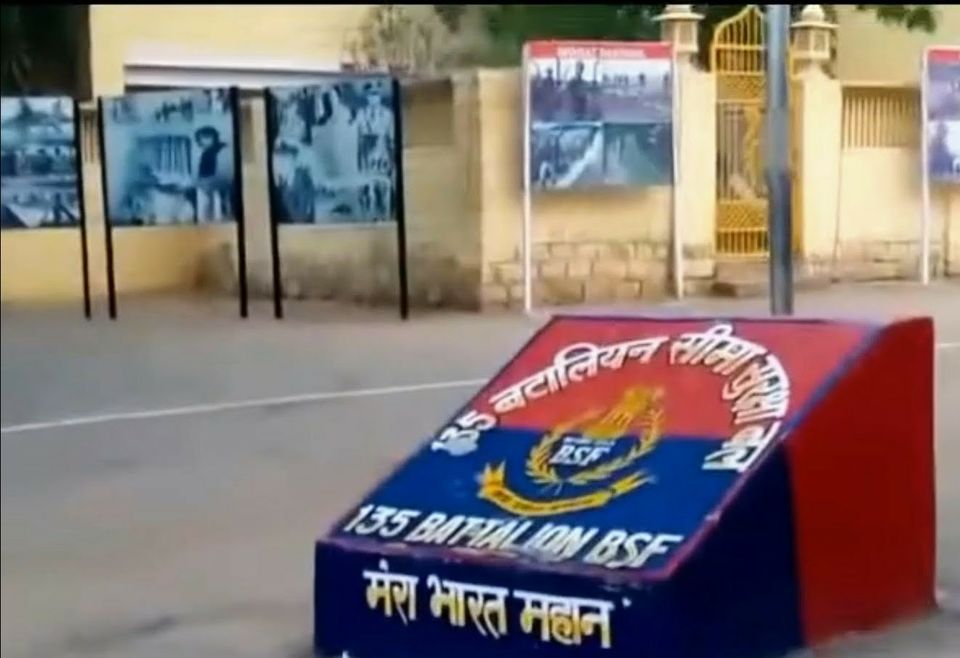 Entrance to the Temple 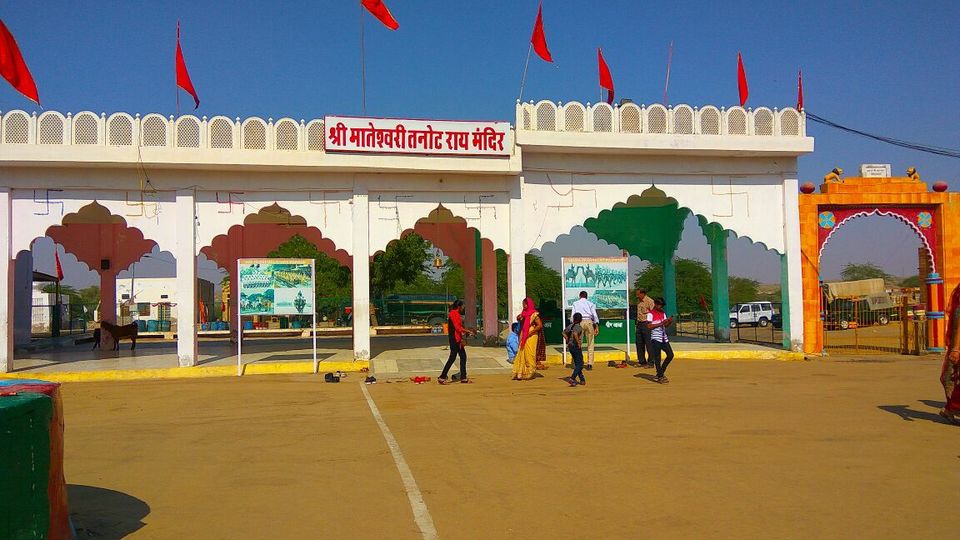 The long hall way before you reach the Sanctum Sanctorum 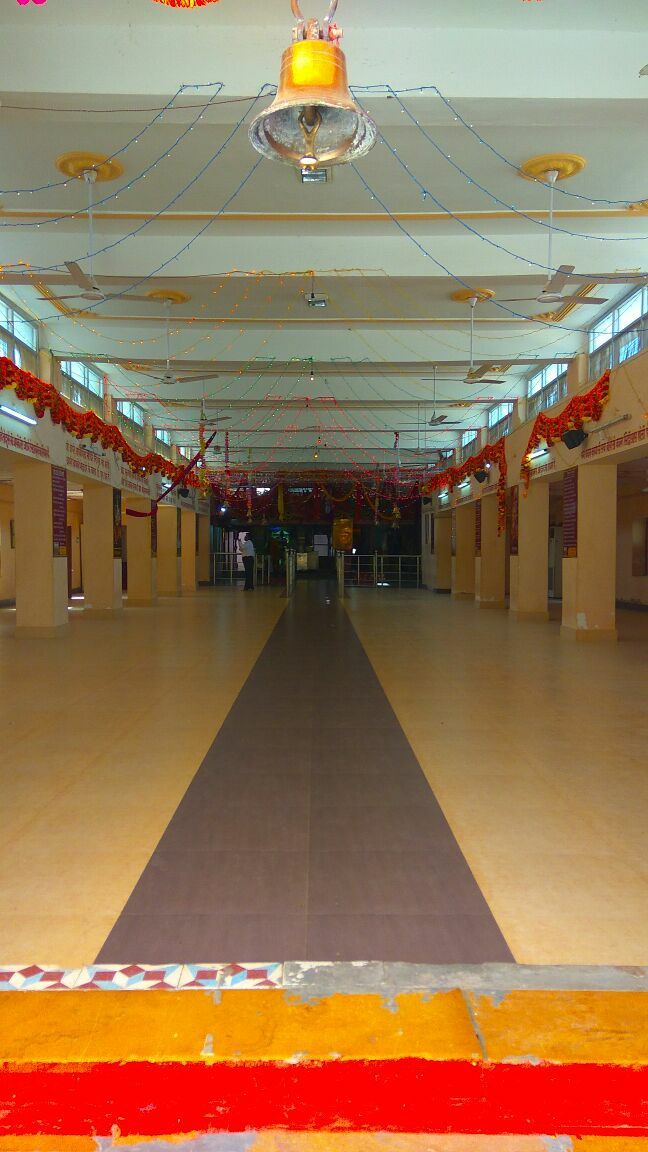 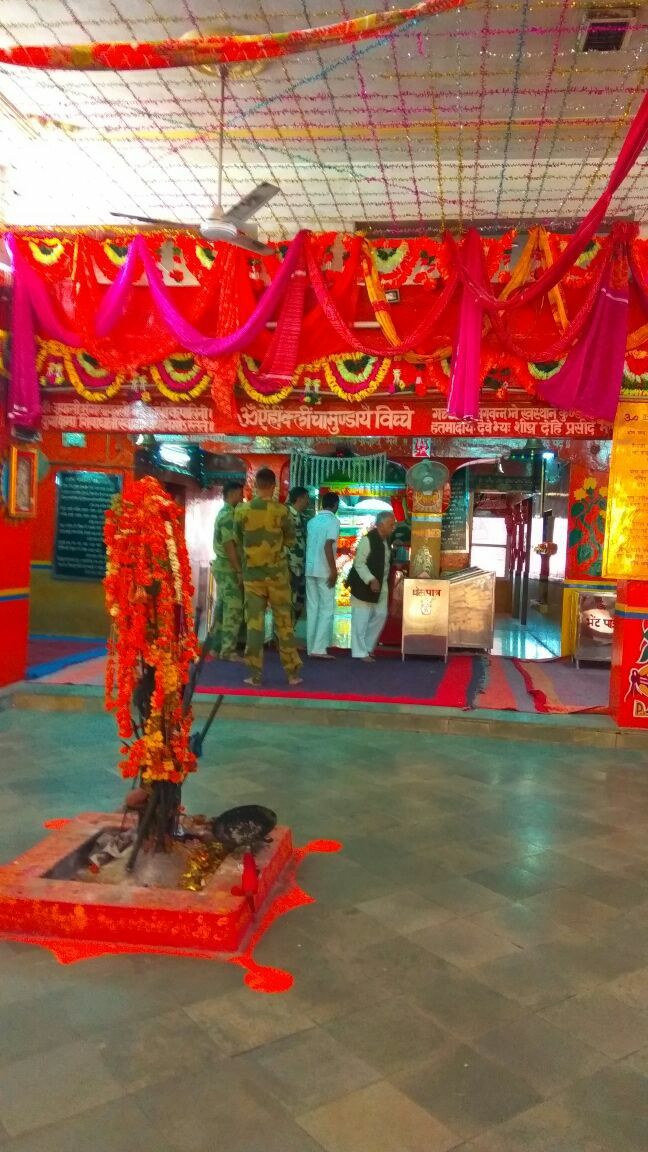 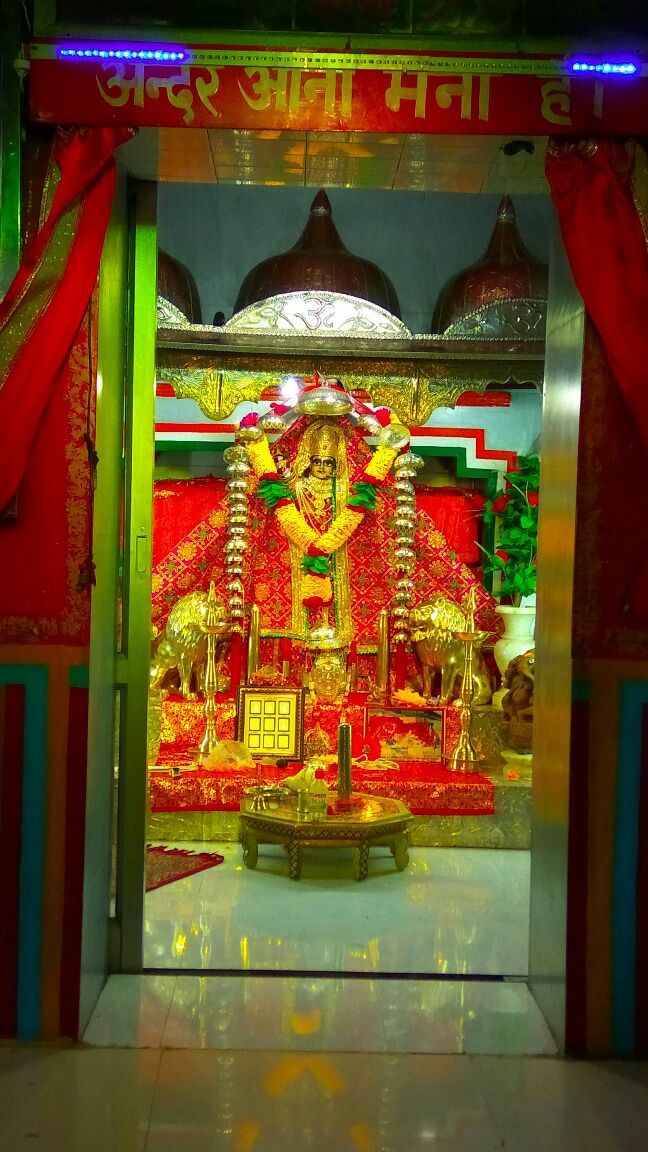 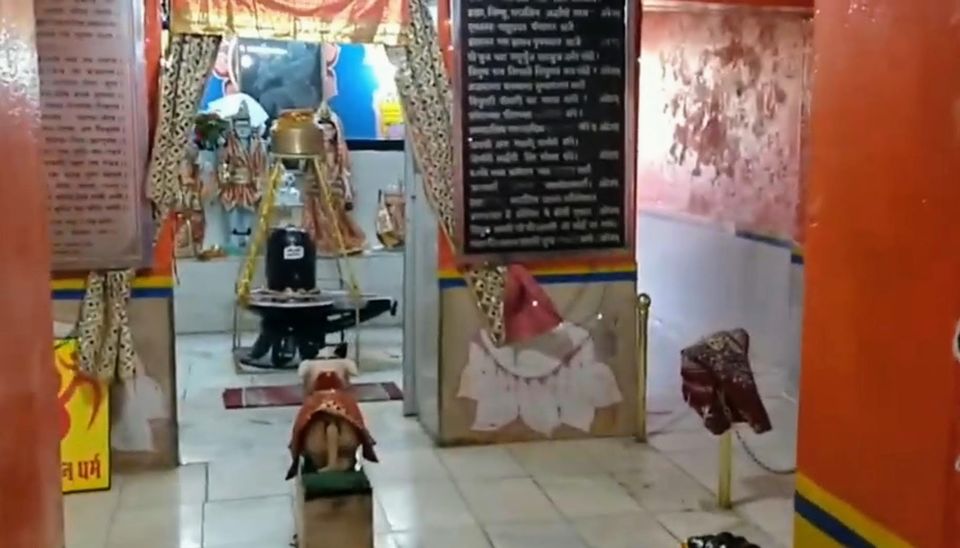 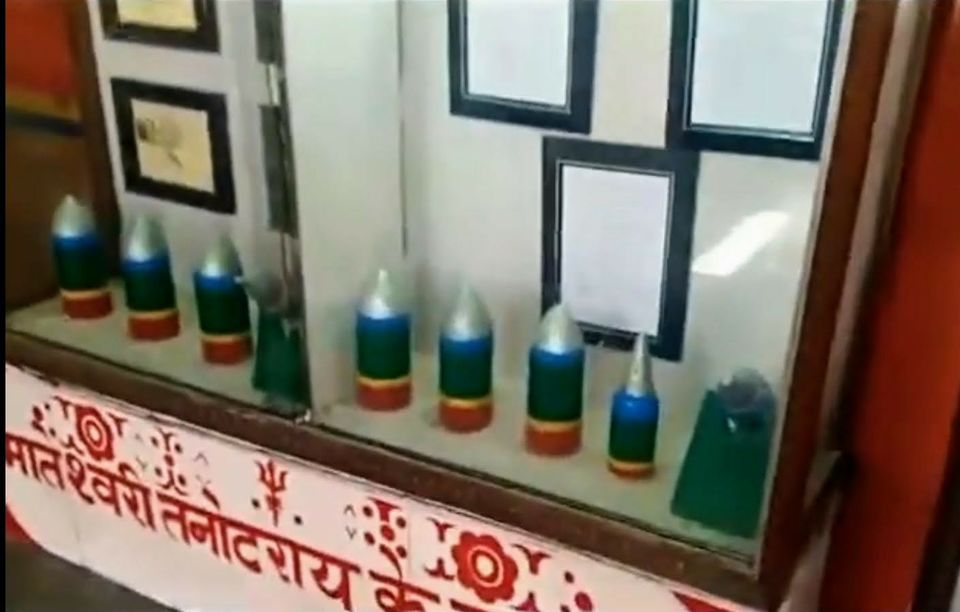 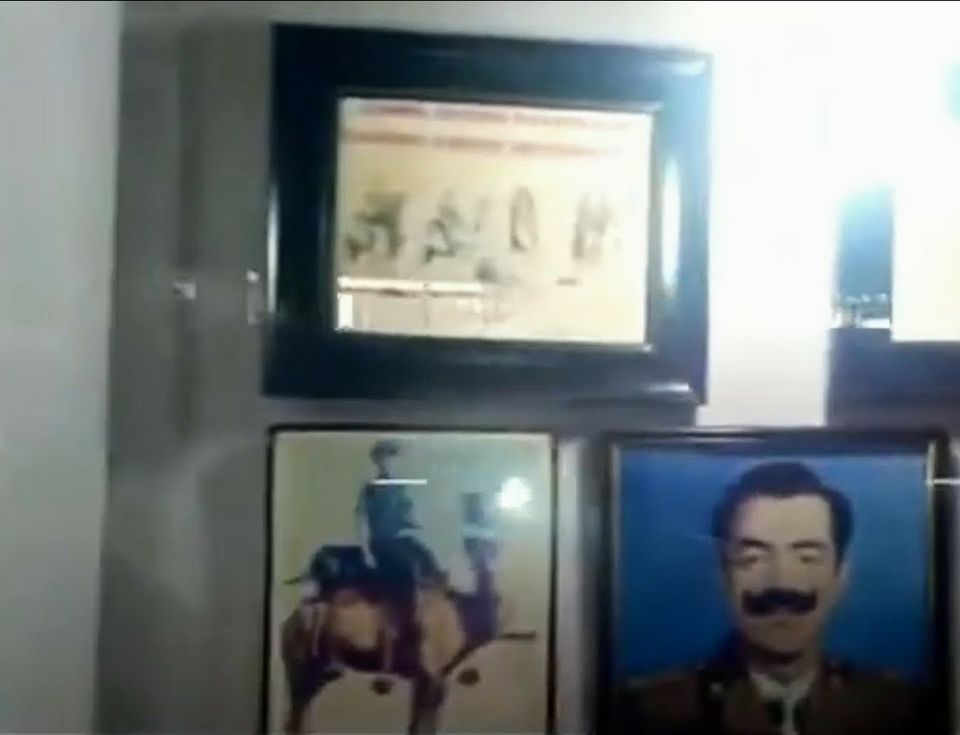 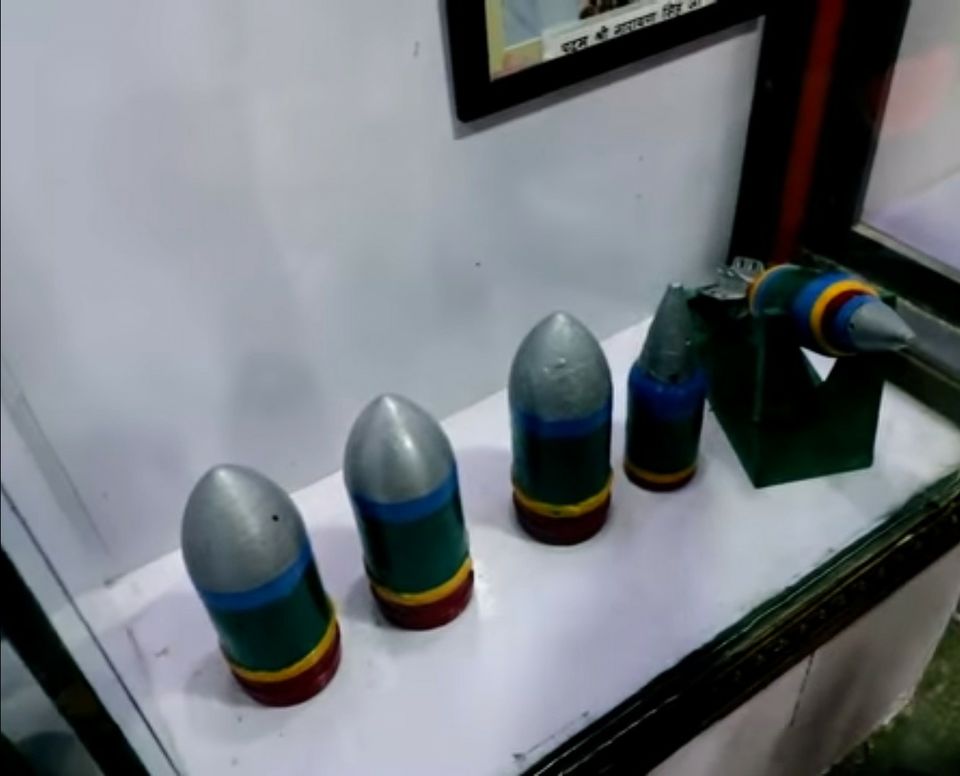 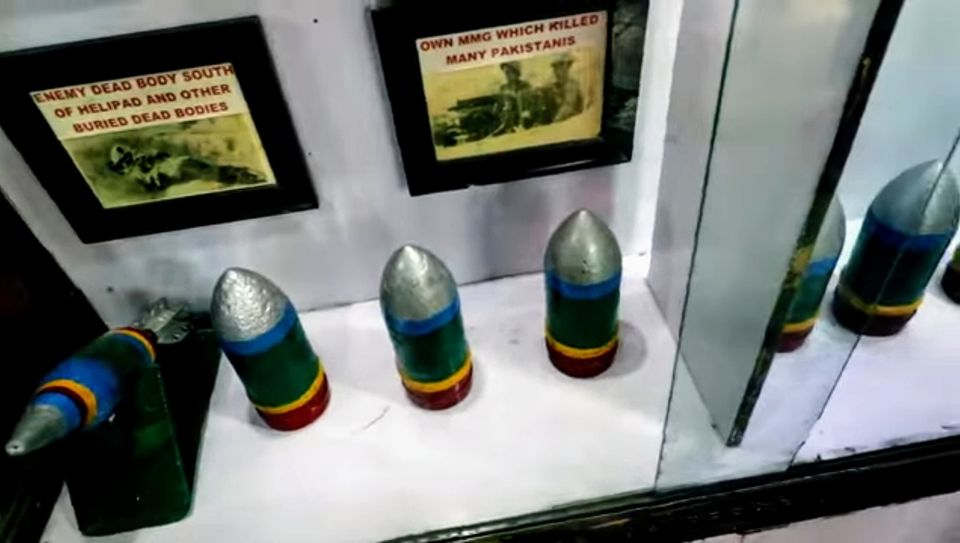 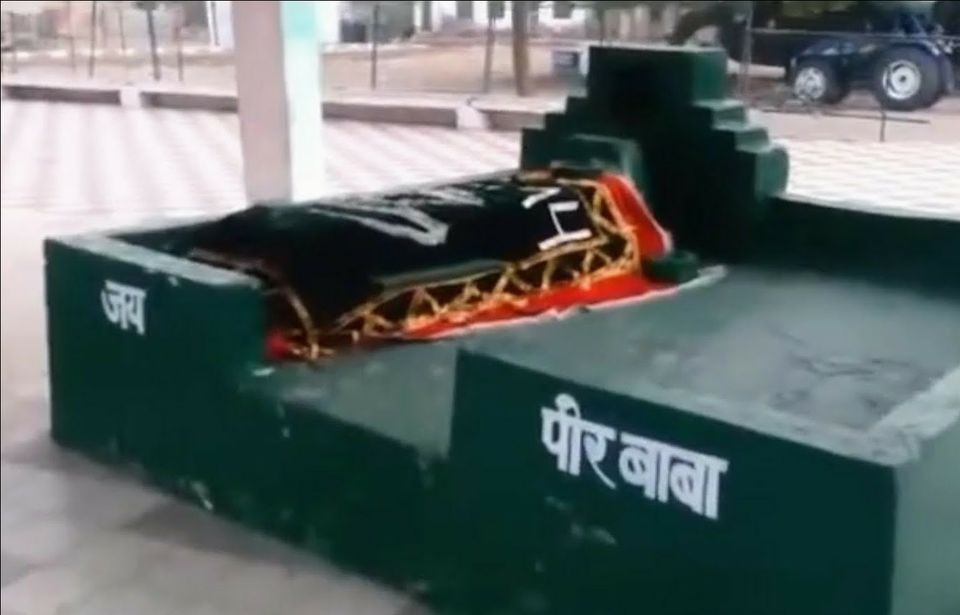 Children of the Thar Desert, their houses can be seen in the background 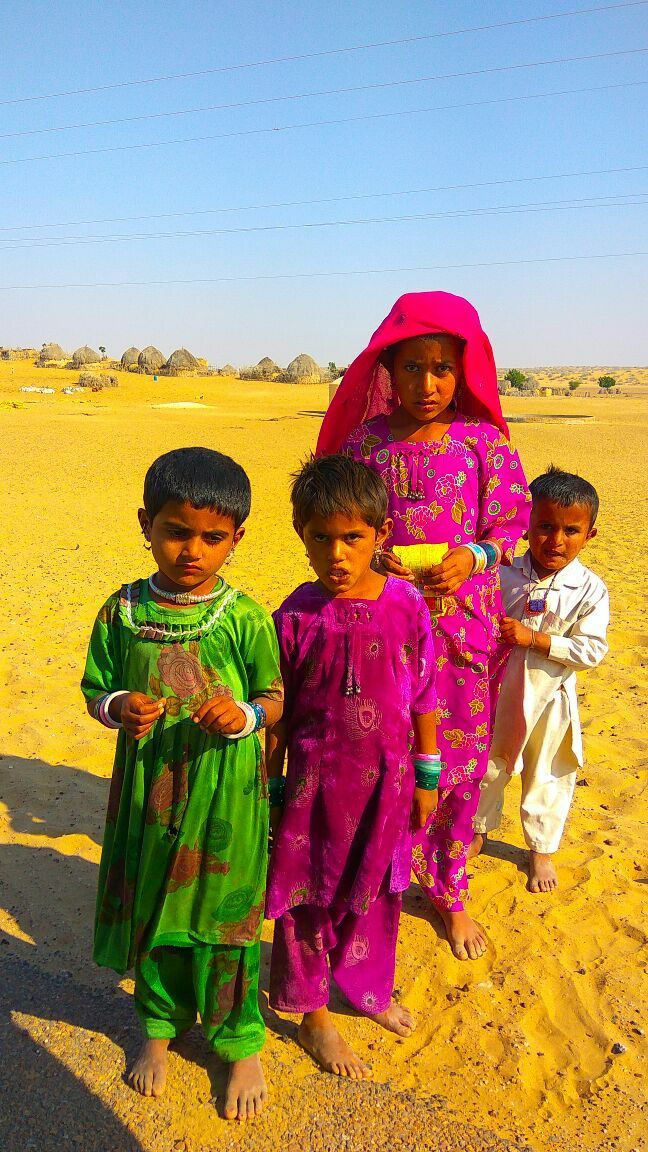