Indonesia Travel GuideIndonesia TripsThe Floating Markets Of Indonesia With Long Lines Of As Many As 20 Boats!

The floating markets of Indonesia with long lines of as many as 20 boats!

Everyone at this floating market spends their day floating on small boats in the market. At the end of the day, market visitors, shoppers and traders can either paddle themselves home or catch a ride from the chain of boats. Merchants make a long line of vessels so that they can be pulled down the river. Their way home is usually made when a bigger vessel pulls the chain at the front, and there are as many as 20 boats in the chain of boats. 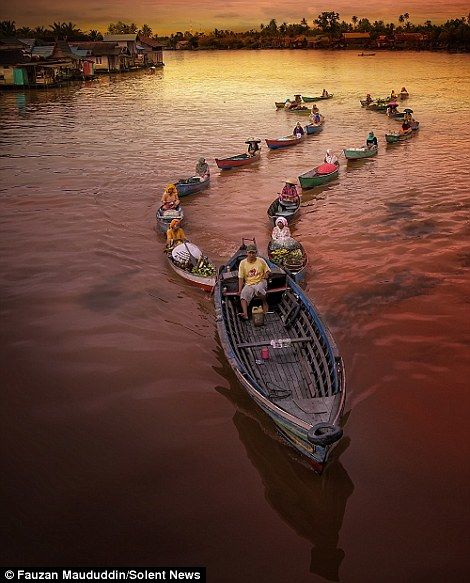 Mr Maududdin, 38, said: 'The small boats called 'Jukung' are traditionally used to paddle, so if they to go to some place which is far from their home, they usually pay people on a Kelotok [bigger boat] to pull them. This is a typical scene at the floating market for either the early morning or when they are going home. In this instance, they are going home for the day. It's not surprising to see a bigger boat pulling 20 of the smaller ones. The smaller boats usually bring food, fruits, fish and vegetables. All the smaller boats are traders and merchants and sometimes they barter for better prices.' He is from Amuntai in South Borneo, and works for the government, and regularly visits the Lok Baintan Floating Market. 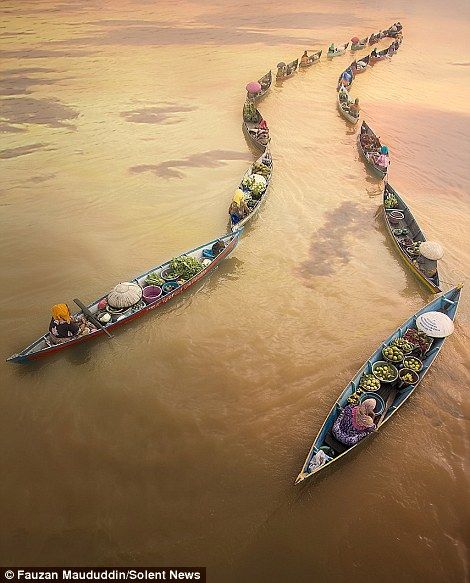 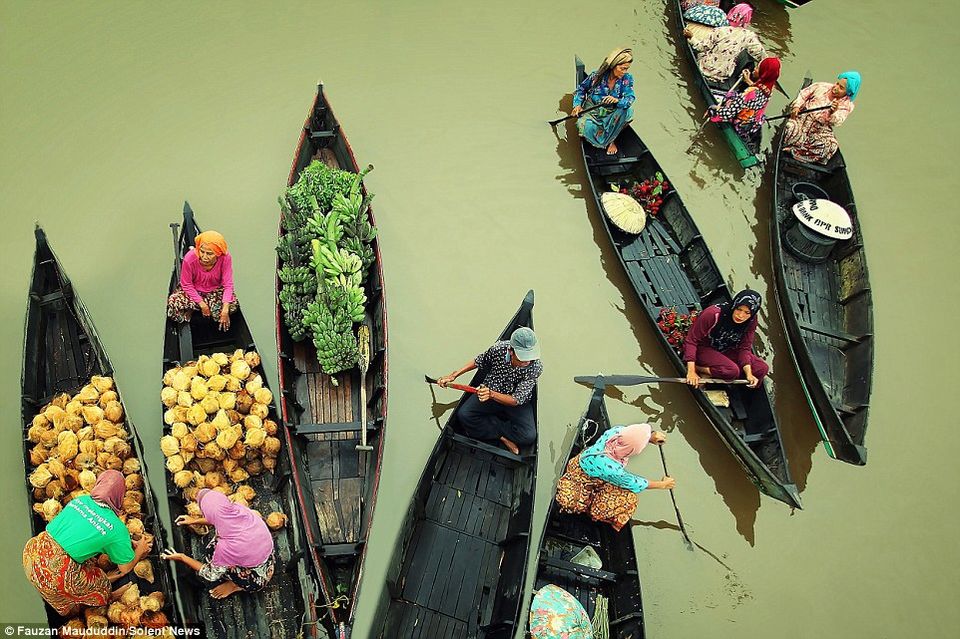 These stunning photographs were taken by photographer Fauzan Maududdin at the Lok Baintan Floating Market in South Borneo, Indonesia, showing boats connected to one another. They give a glimpse into a day in the life of traders who spend their daylight hours buying and selling the likes of fruit and vegetables. 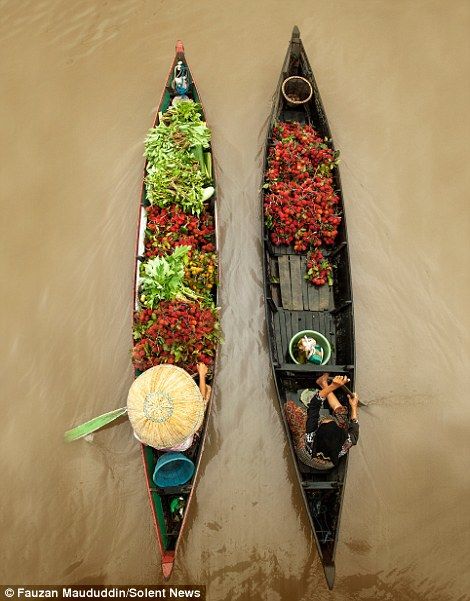 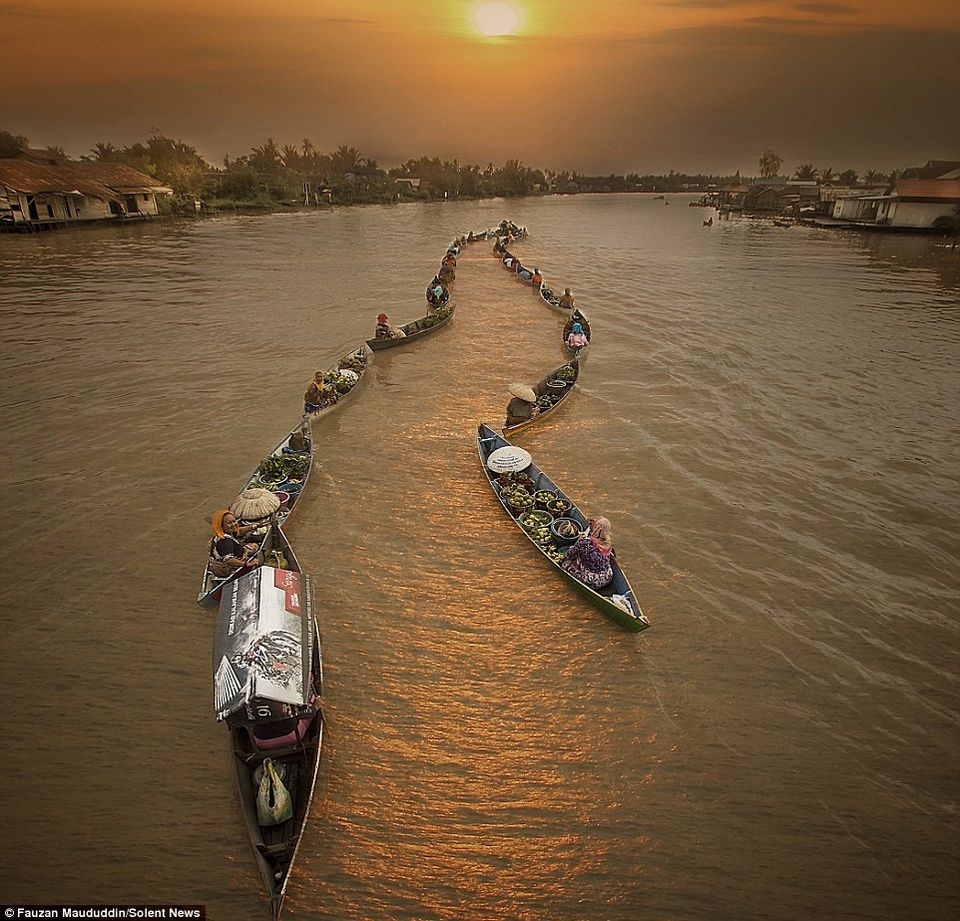 The smaller boats are traders and merchants who sometimes barter for better prices and they bring food, fruits, fish and vegetables too. 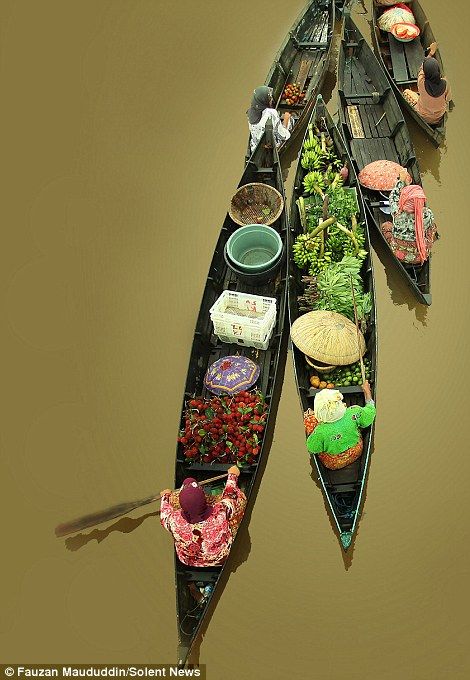 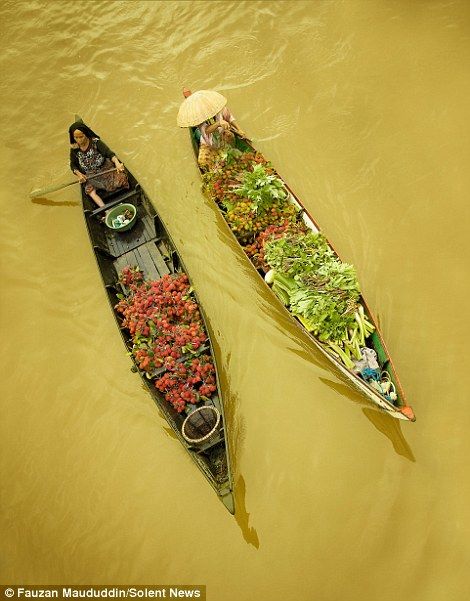