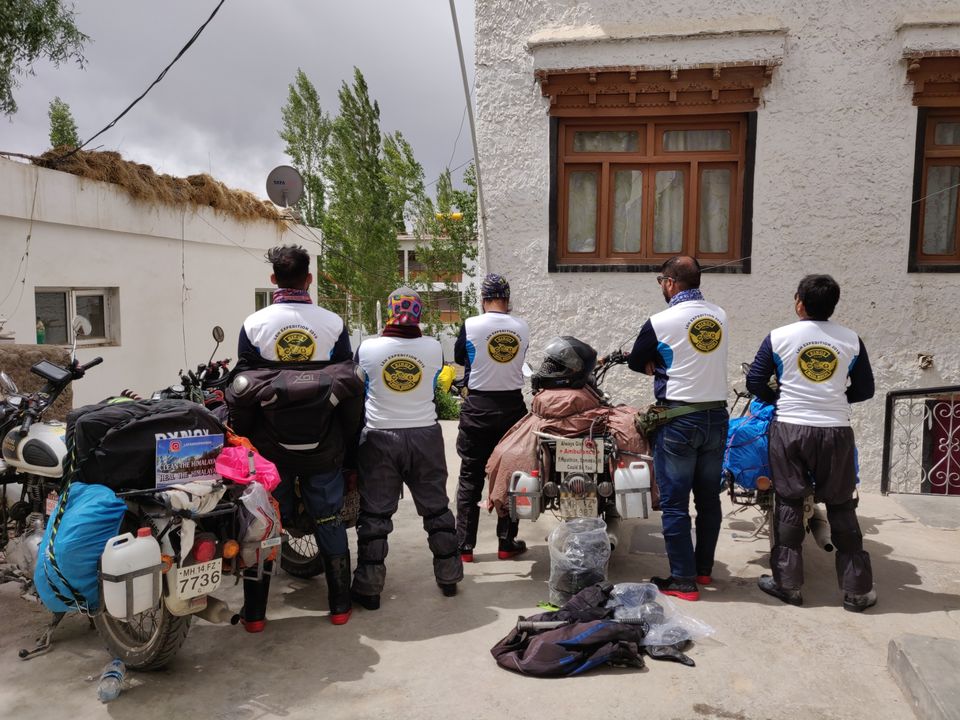 So finally it was time to say goodbye to Leh and head to our next destination that was Hunder after crossing the treacherous Khardungla Pass world's highest motorable road ( even though it is Umlingla Pass that is the actually the highest one). So after having heart breakfast we left our guesthouse at 9:30am at first headed to our next destination that was the petrol pump in Leh. The bikes and the jerricans was supposed to be filled till the brim as there would be less availability of finding a petrol pump at that night and location. So finally we started and first hurdle to cross the civilian check post prior to the government handled check post where the so called tourist mafia check the ownership of the bike or car whether they are registered under the rider's Name Or not as if the car or bike is not registered under the raiders than ( exception to it is the yellow plate cars n vehicles J&K state) failure to follow it would lead to one needs to go n hire one from Leh and keep his/her vehicle in Leh. After crossing civil check post reached govt check post at South Pullu wherever had to wait for half an for receiving the final go ahead from the authorities to move ahead so finally we started for Khardungla pass waited there for 5mins got ourselves clicked and left for the destination ( don't halt at Khardungla much due to less oxygen and altitude related sickeness scenarios). By the time we crossed Khardungla and reached North Pullu it started to rain followed by some hails. Had maggie there which was kinda required after the road we came from. From North Pullu went hunder via diskit but not before going to visiting the Diskit monastery and than to our tent stay in Hunder. 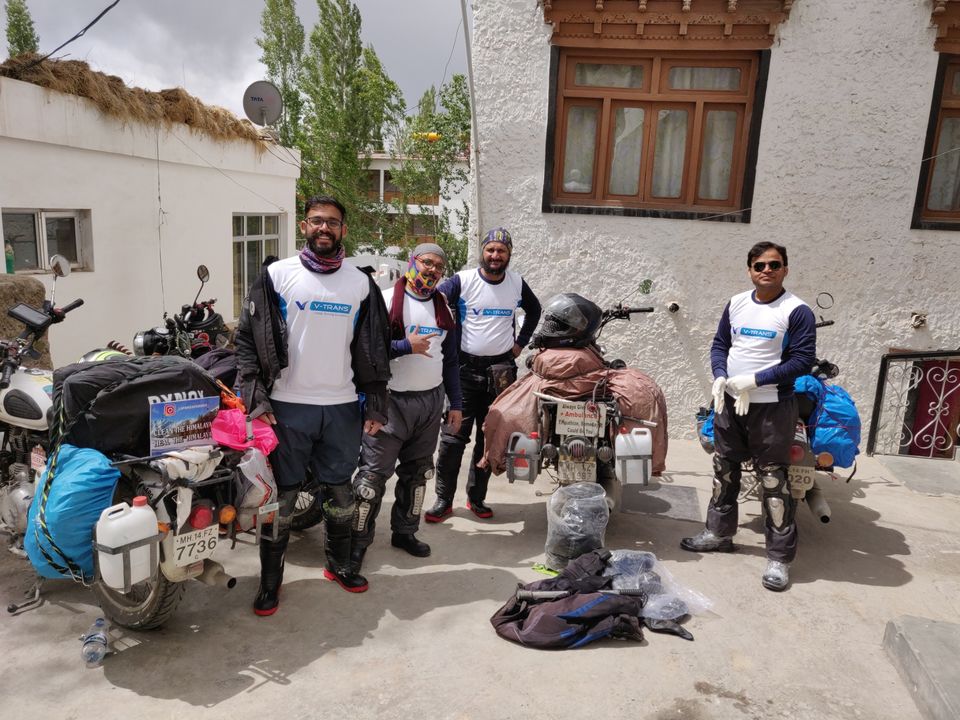 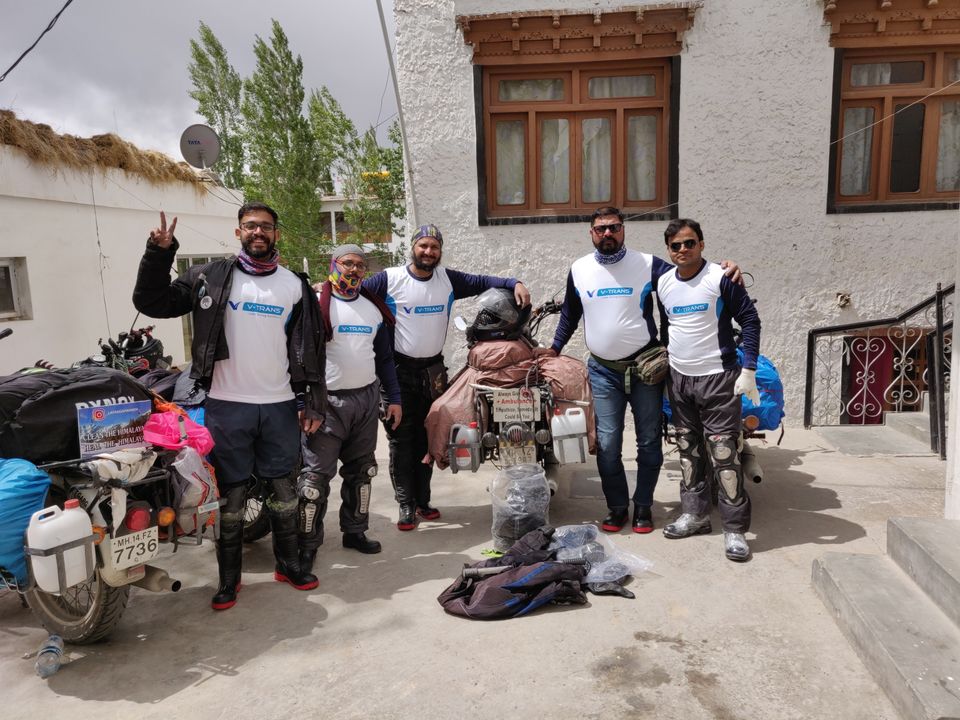 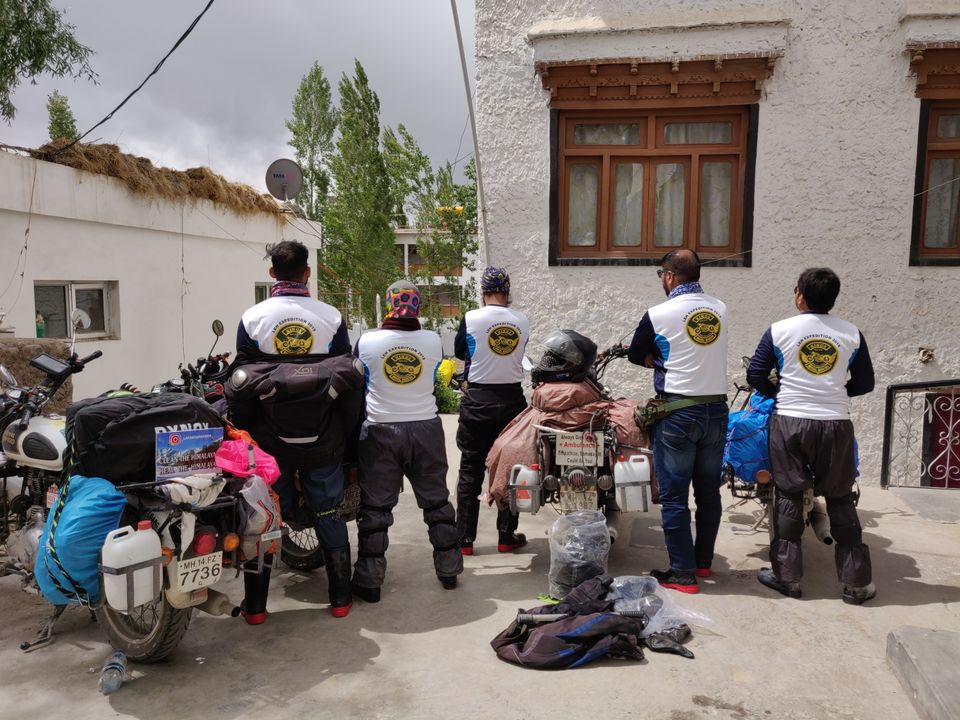 Kindly read the board instead of asking 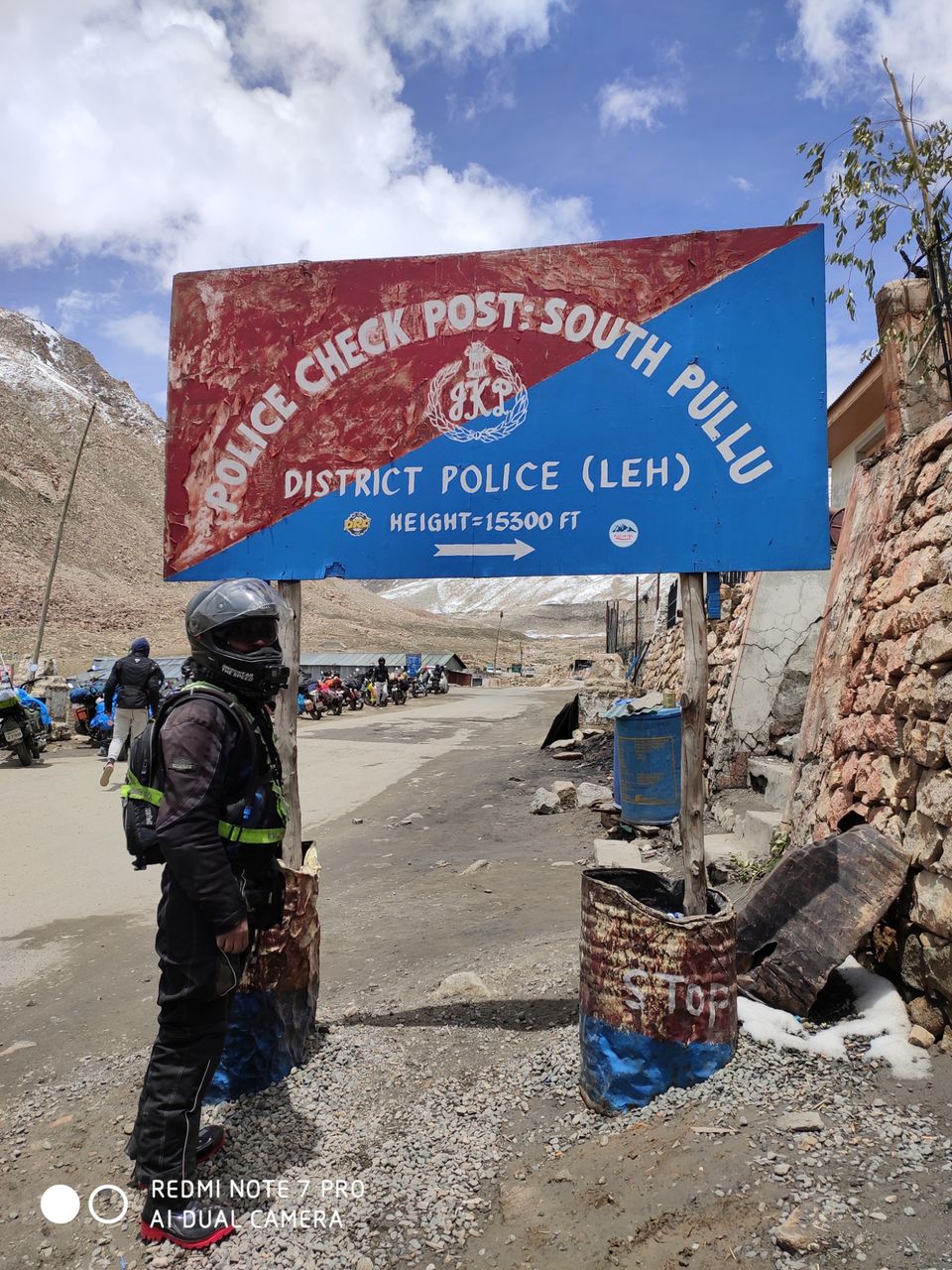 Ppl waiting for the quee at South Pullu 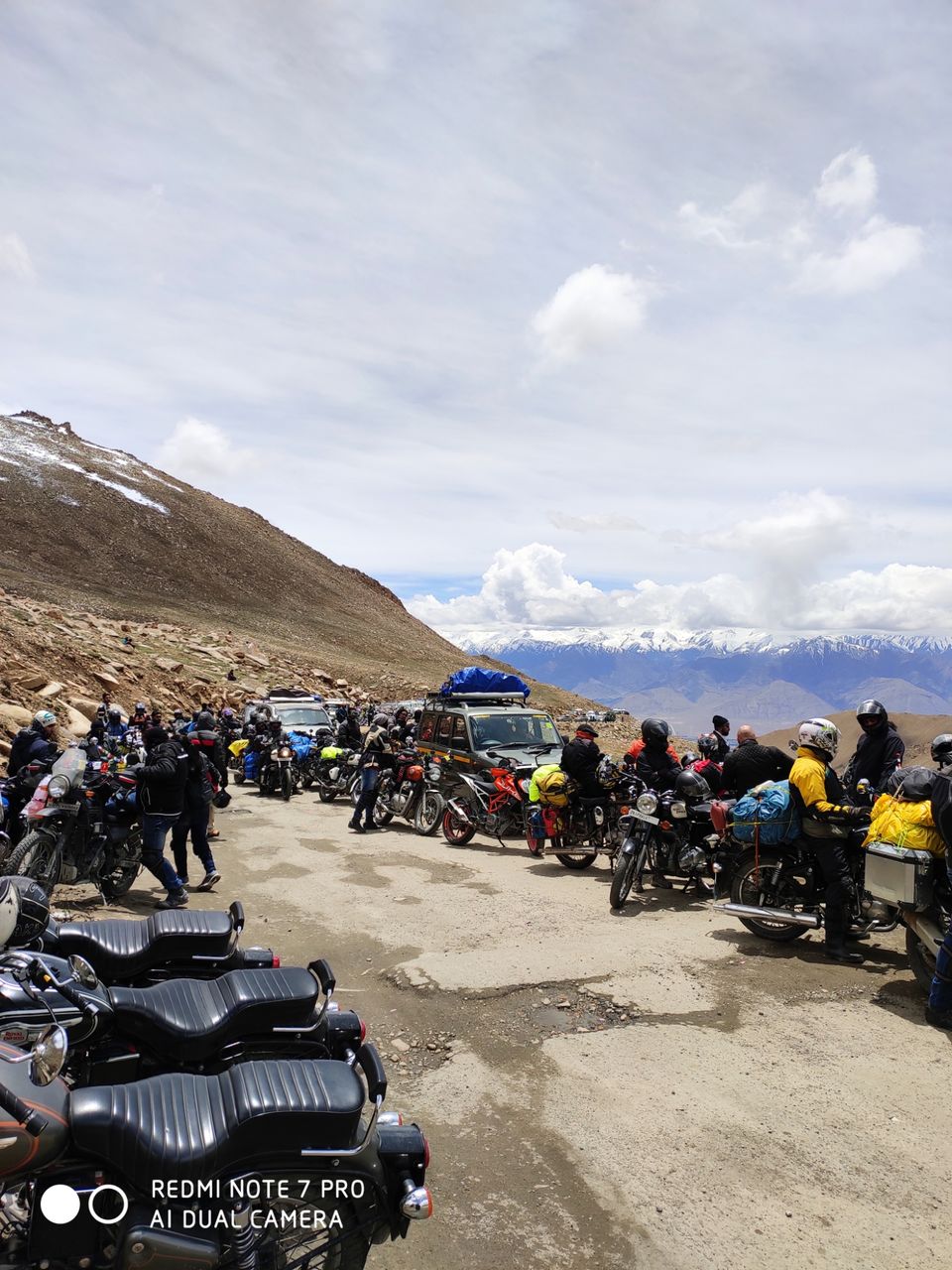 Place thru which we have to go thru 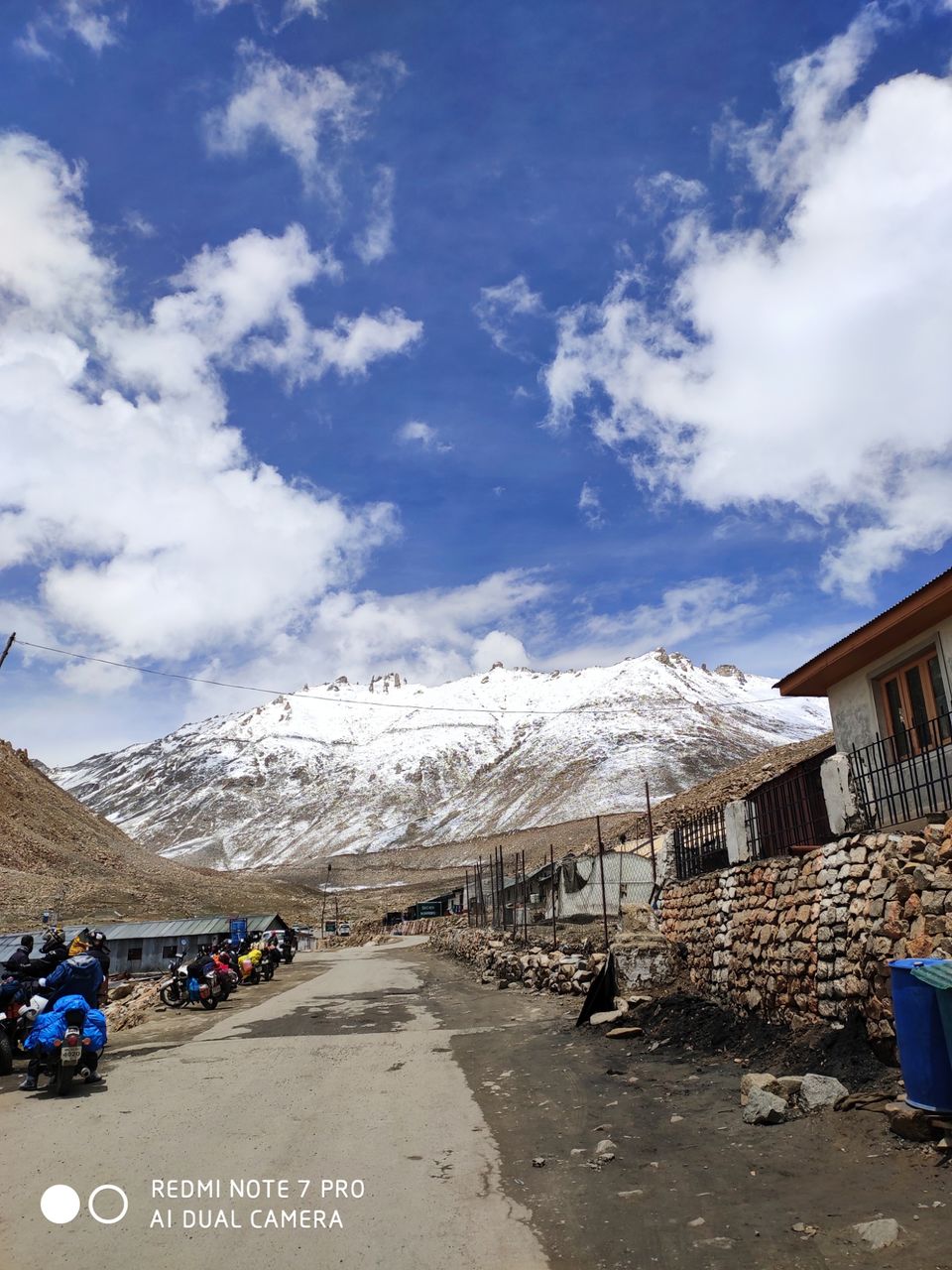 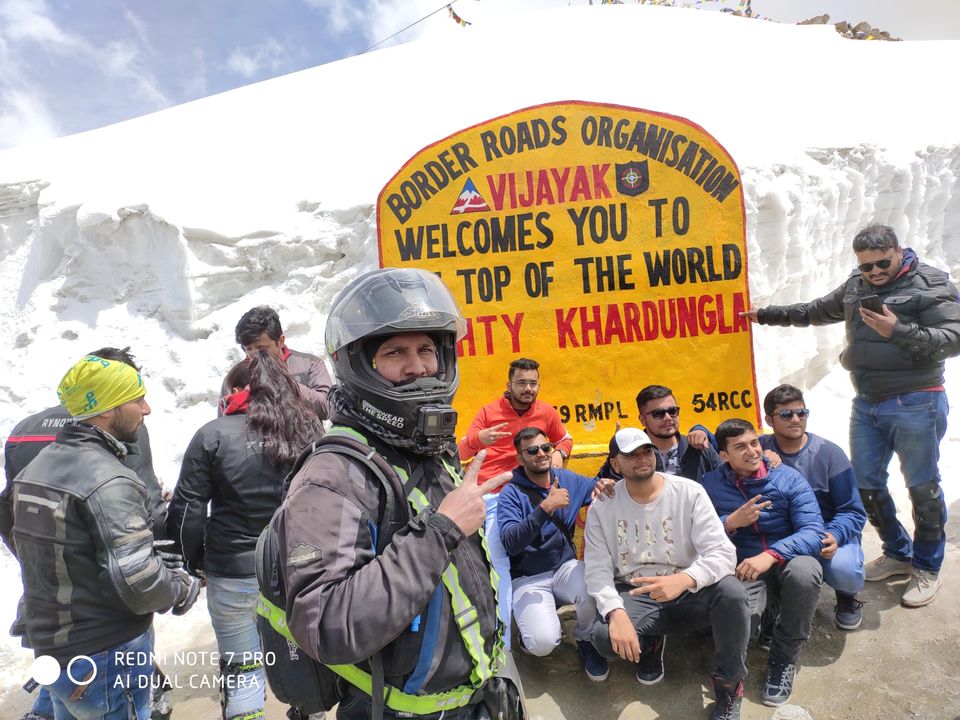 Me, Amit and Ravi sir at Khardungla pass 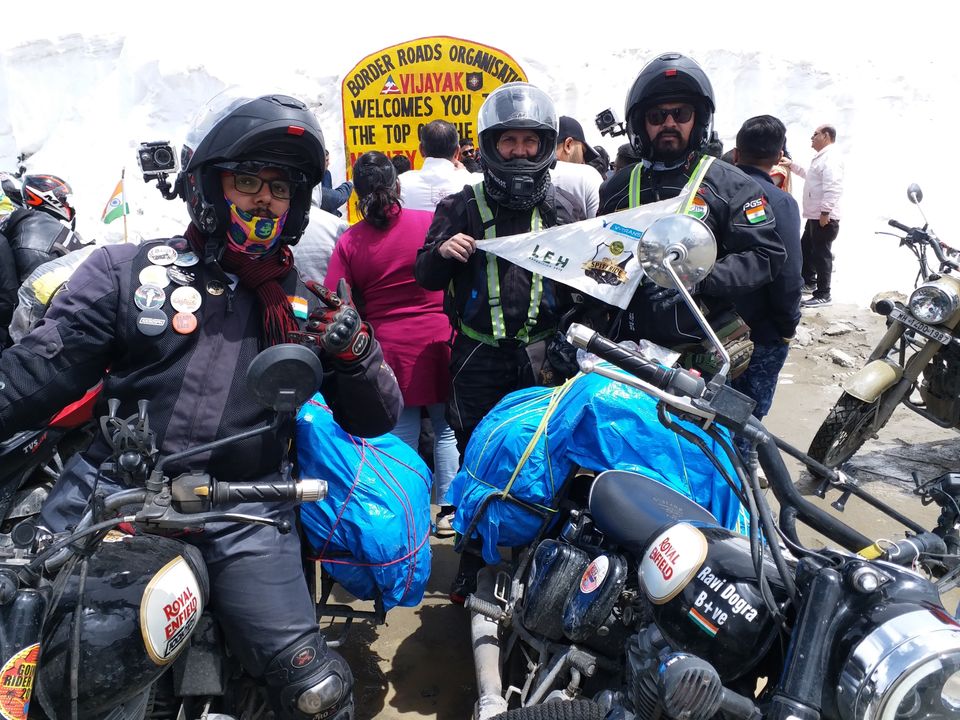 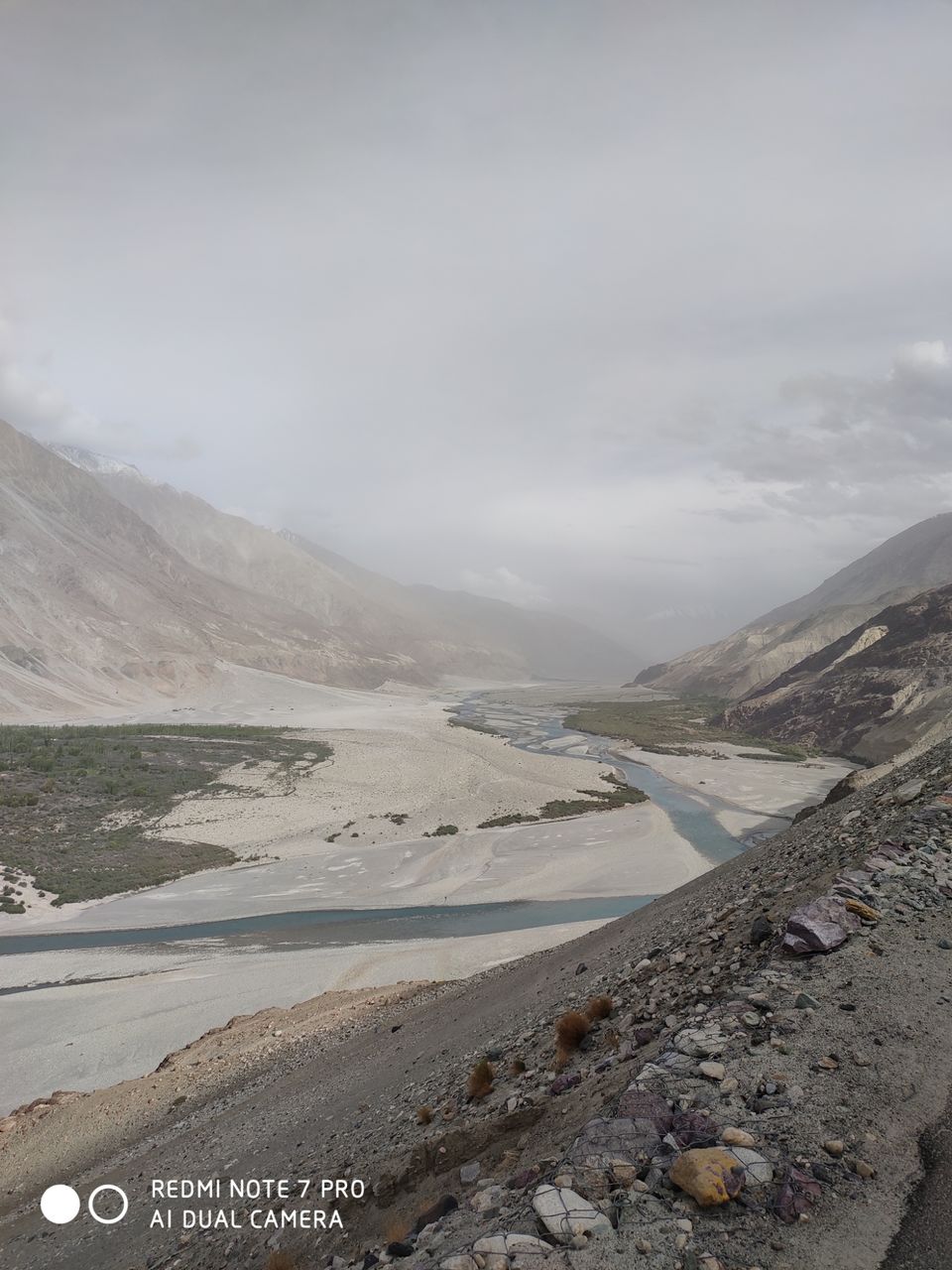 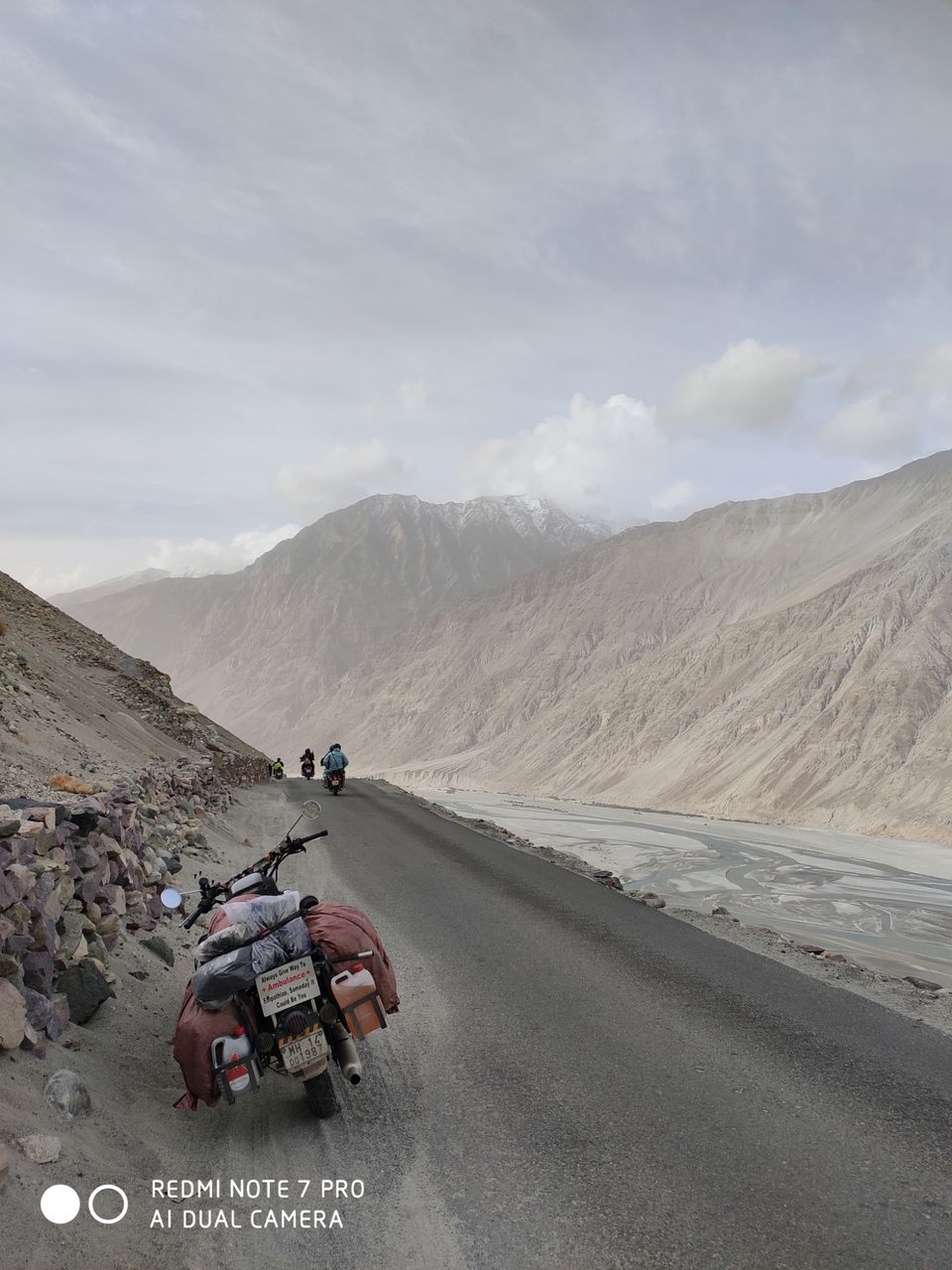 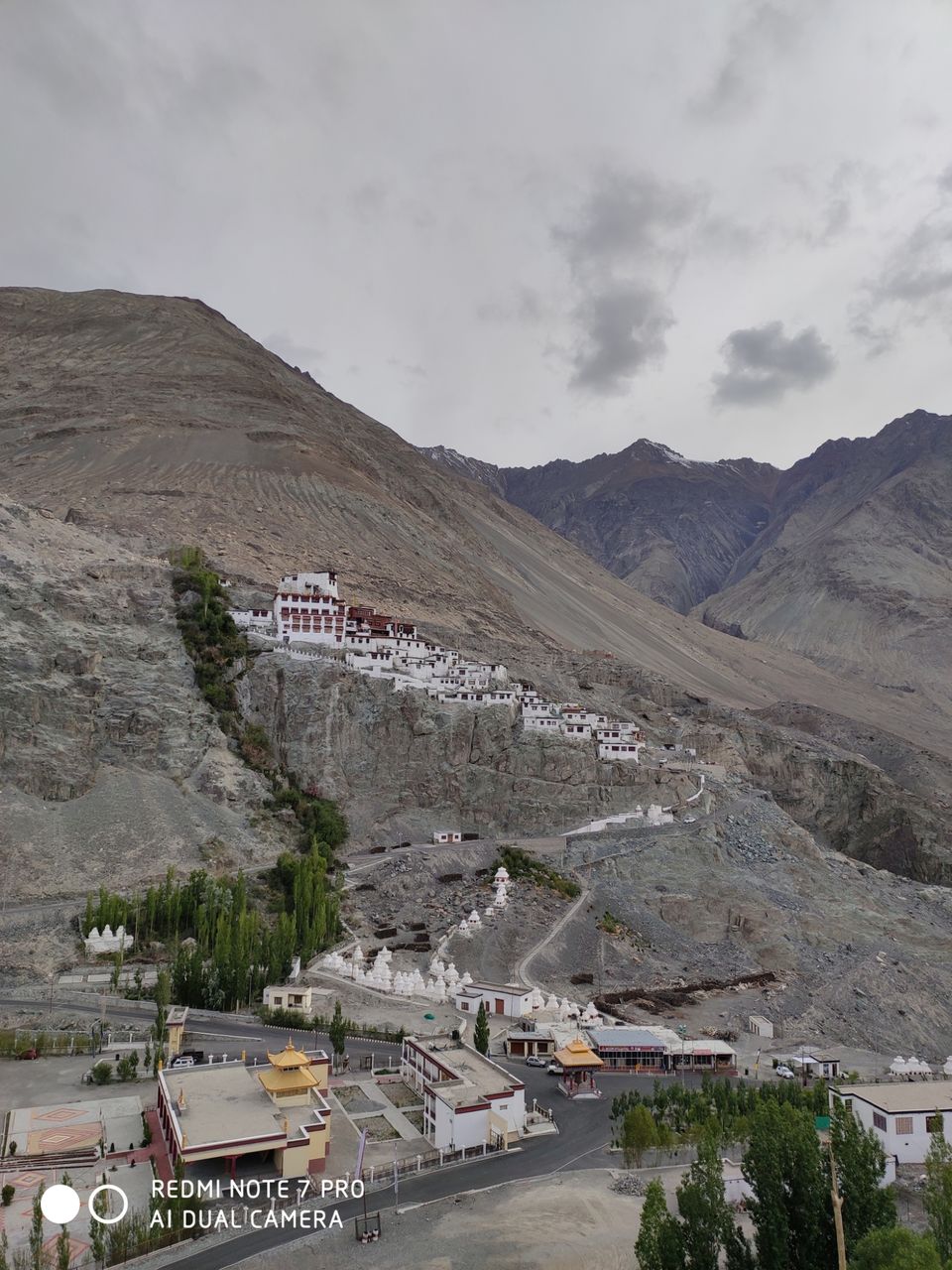 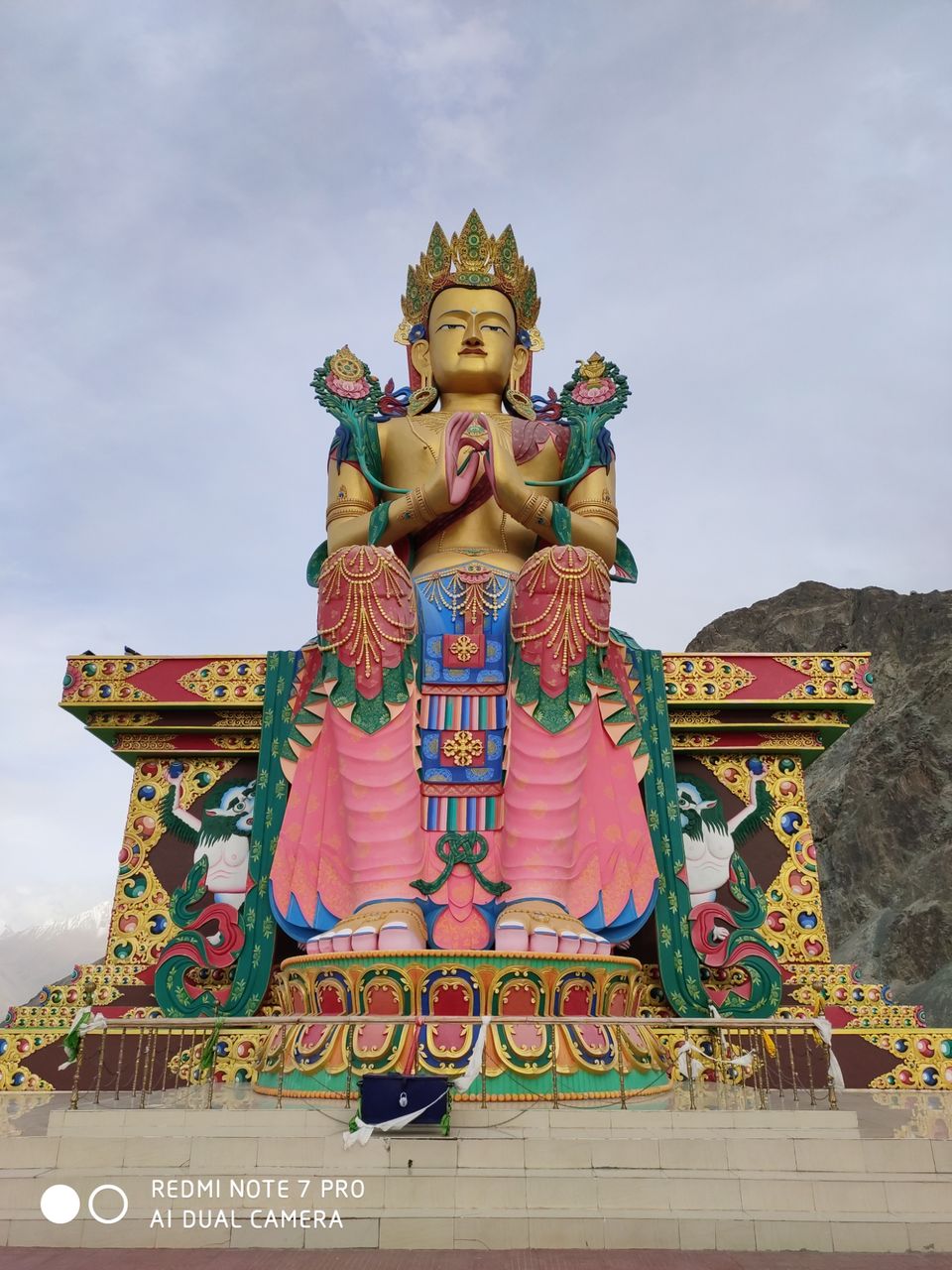 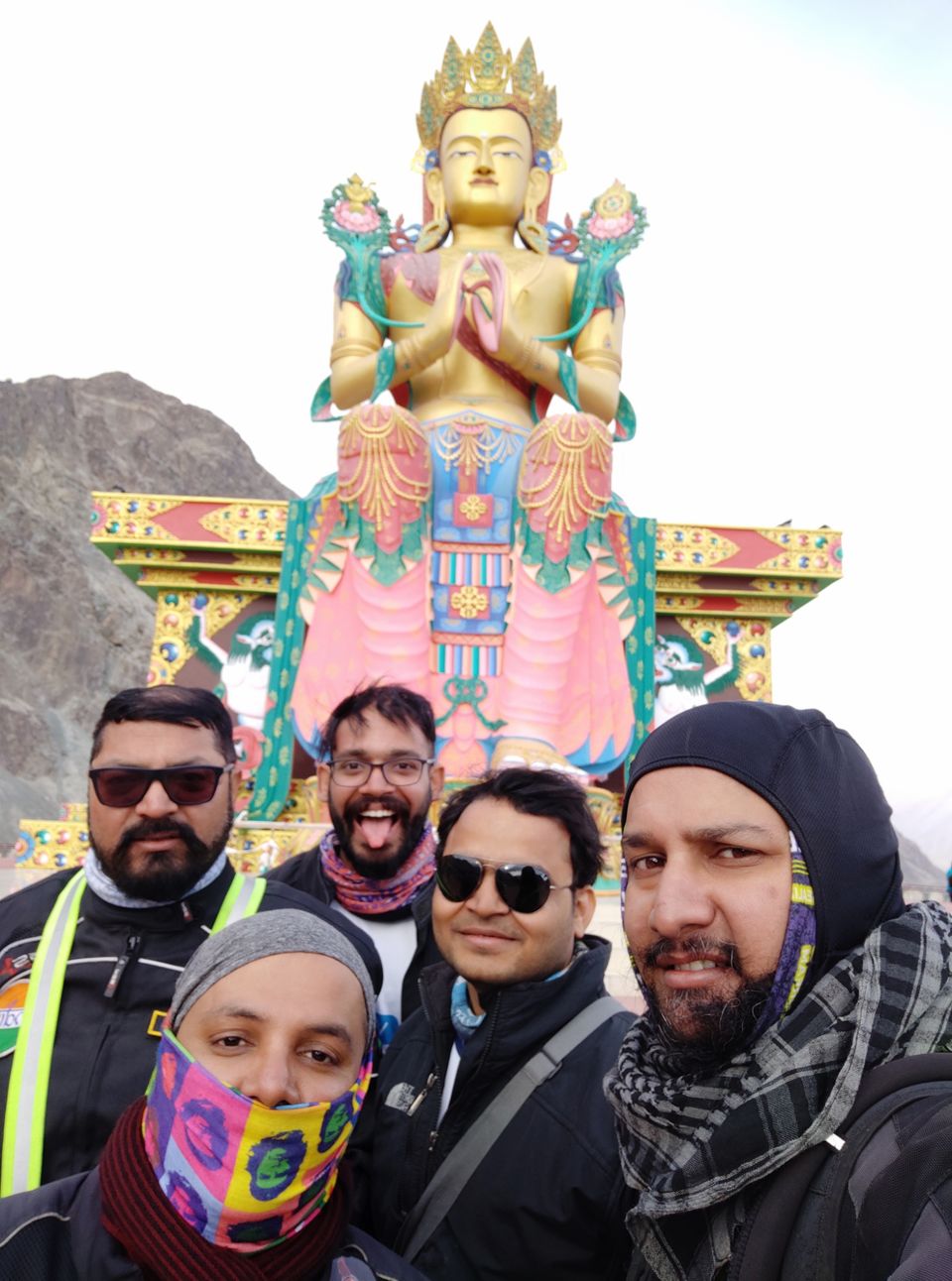 View from the for the ggal 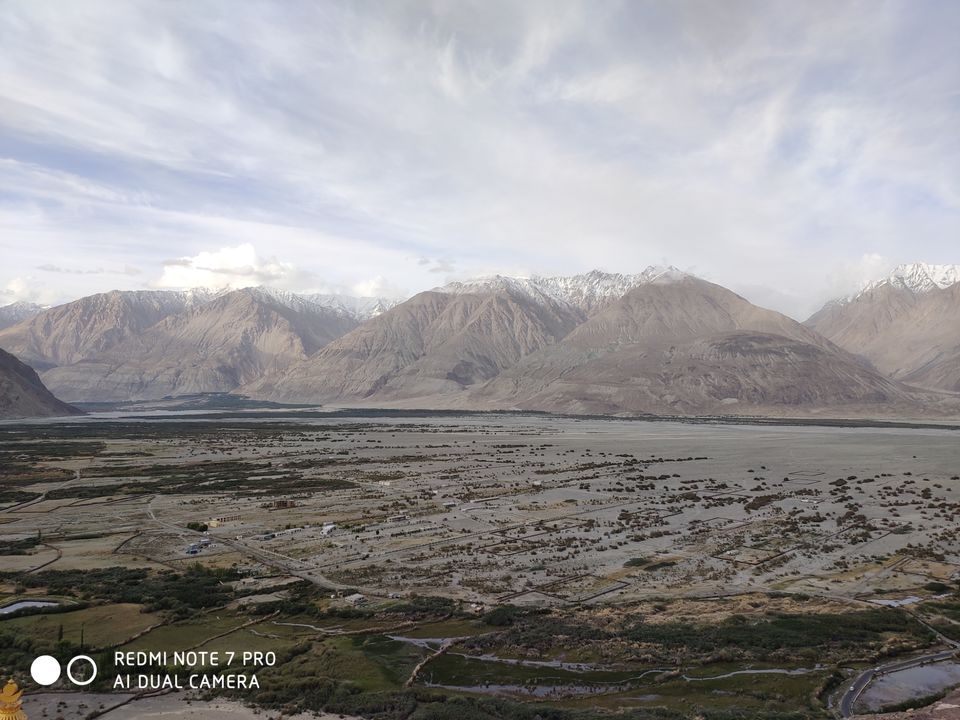 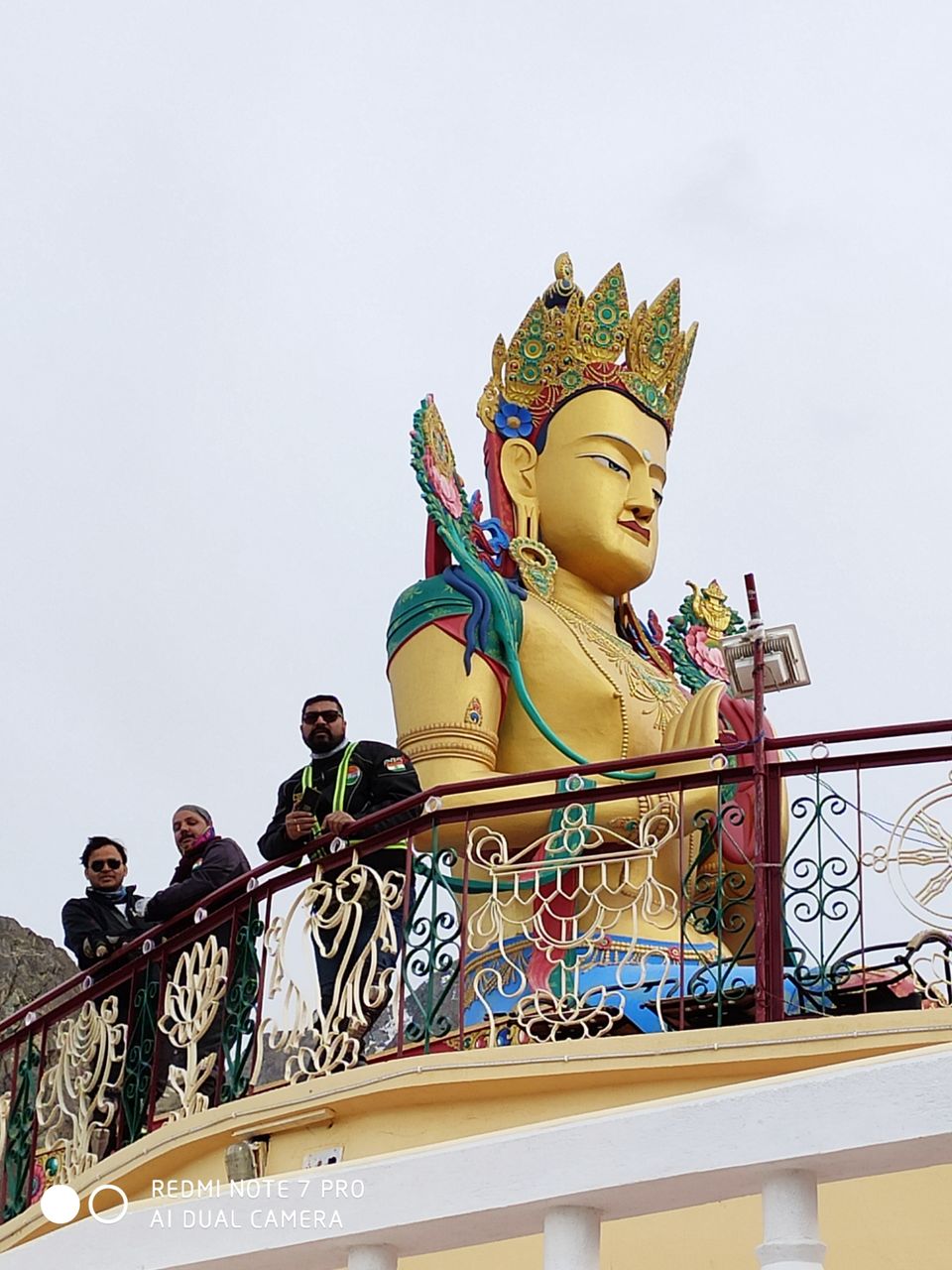 Camp n the dogs always together 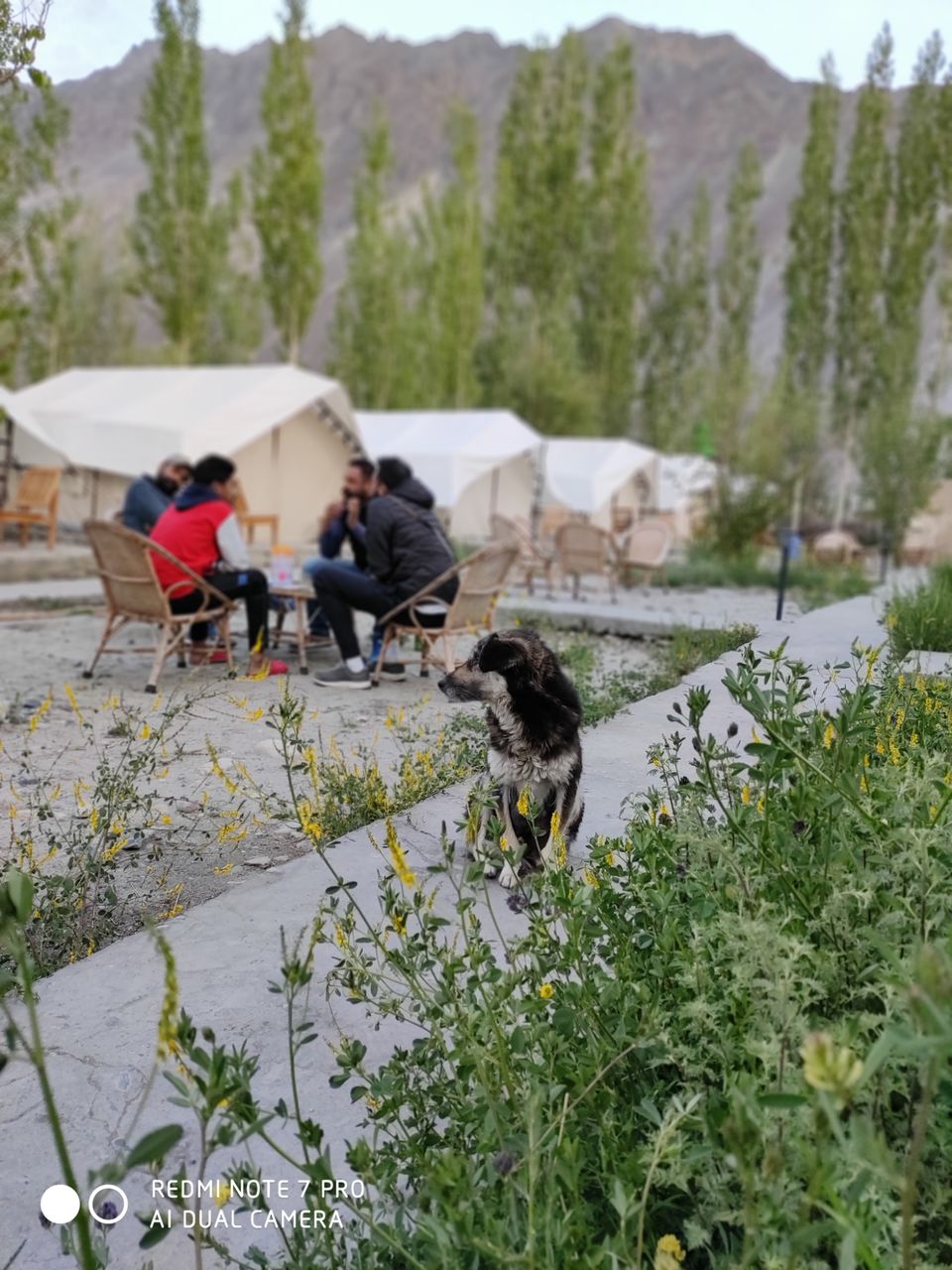 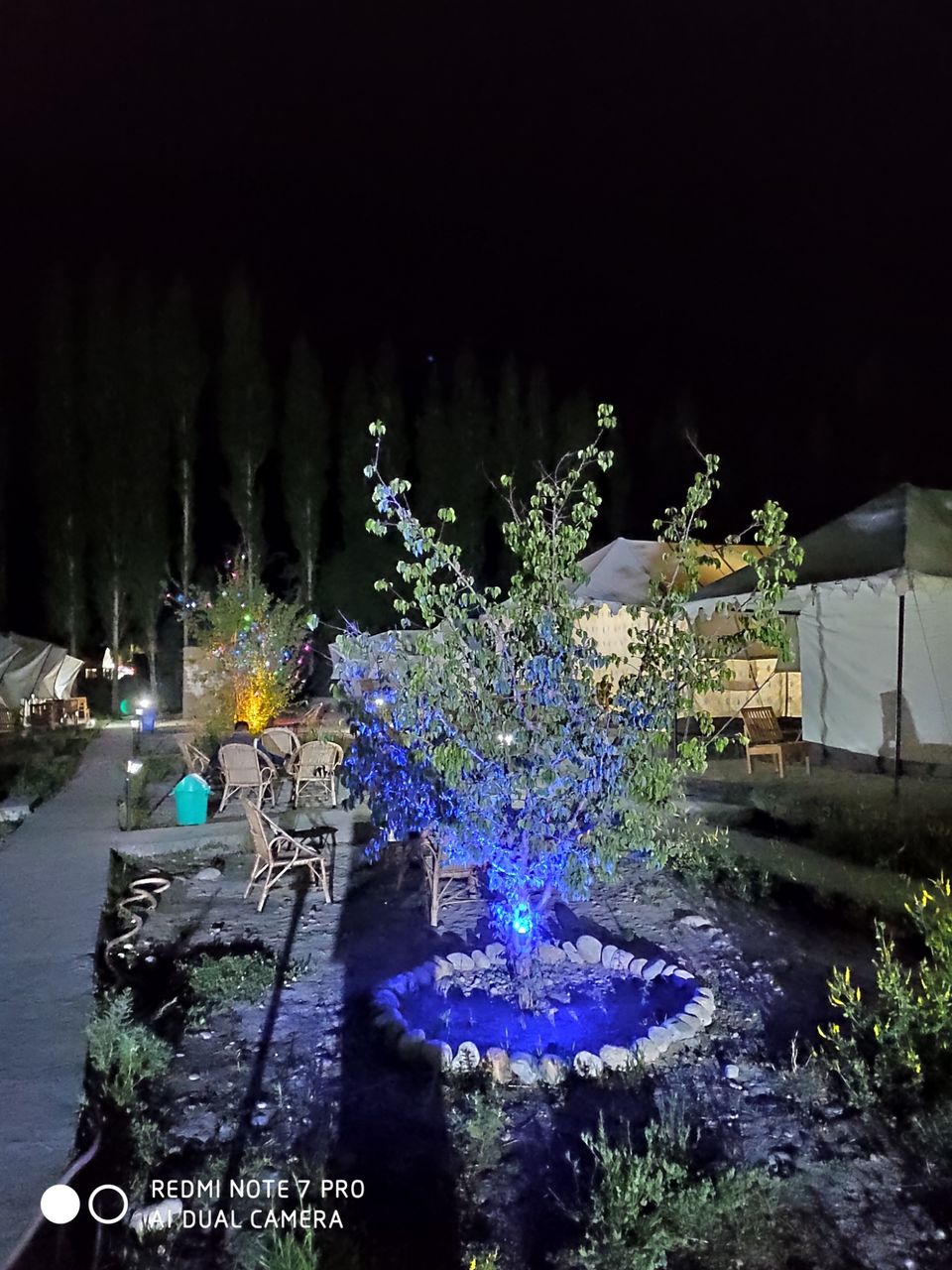 Our camp stay at dalhouswu 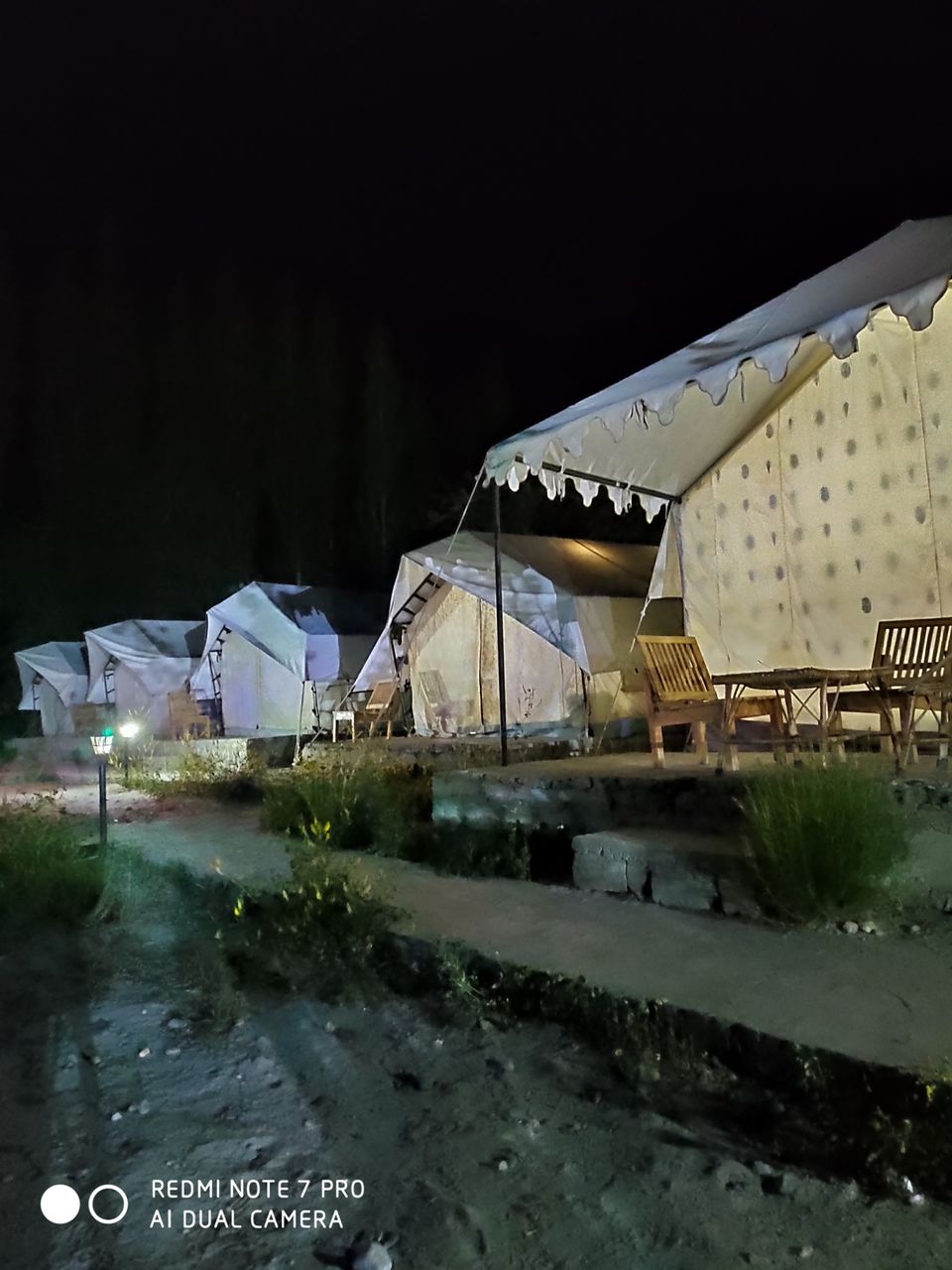 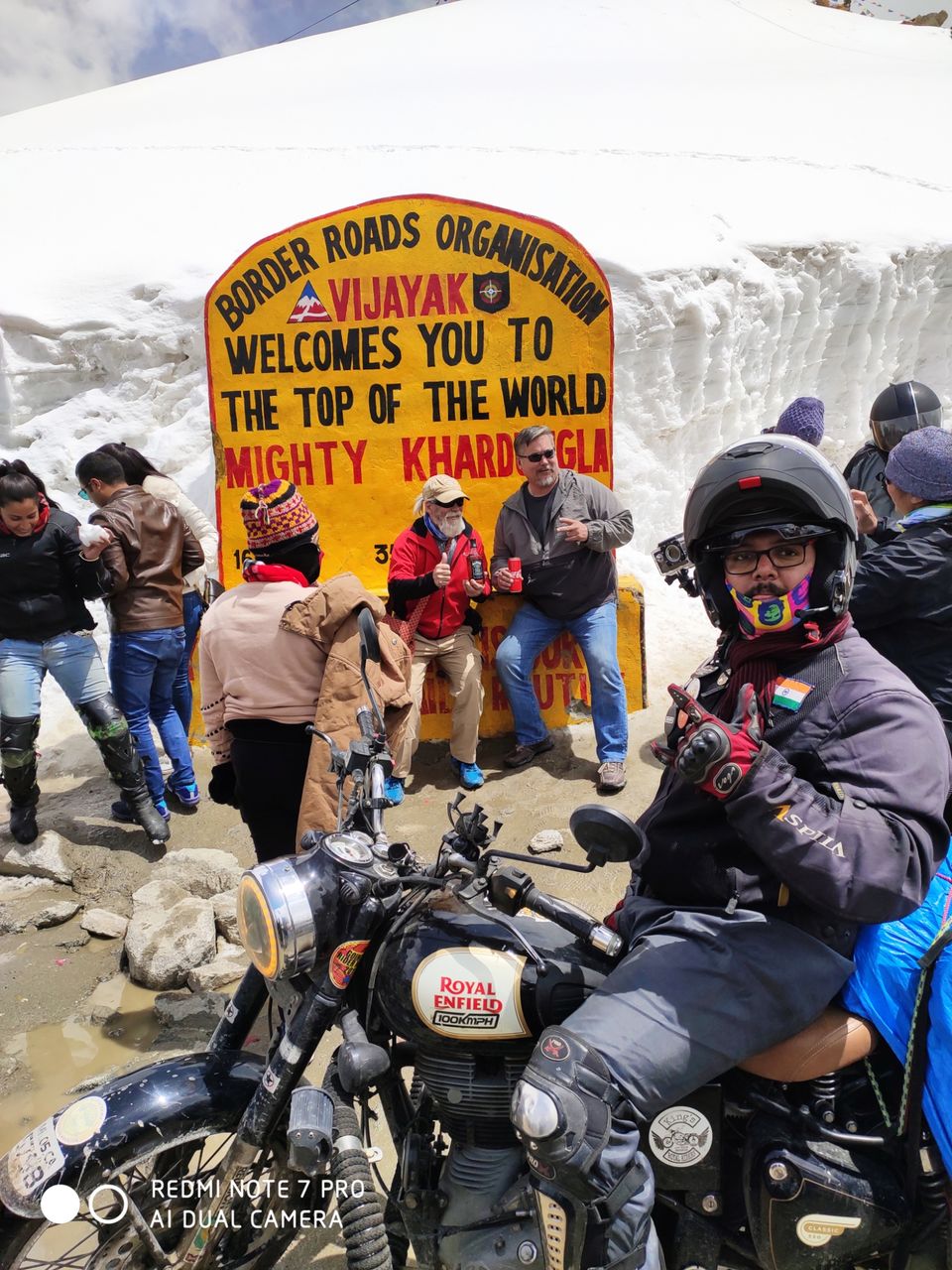 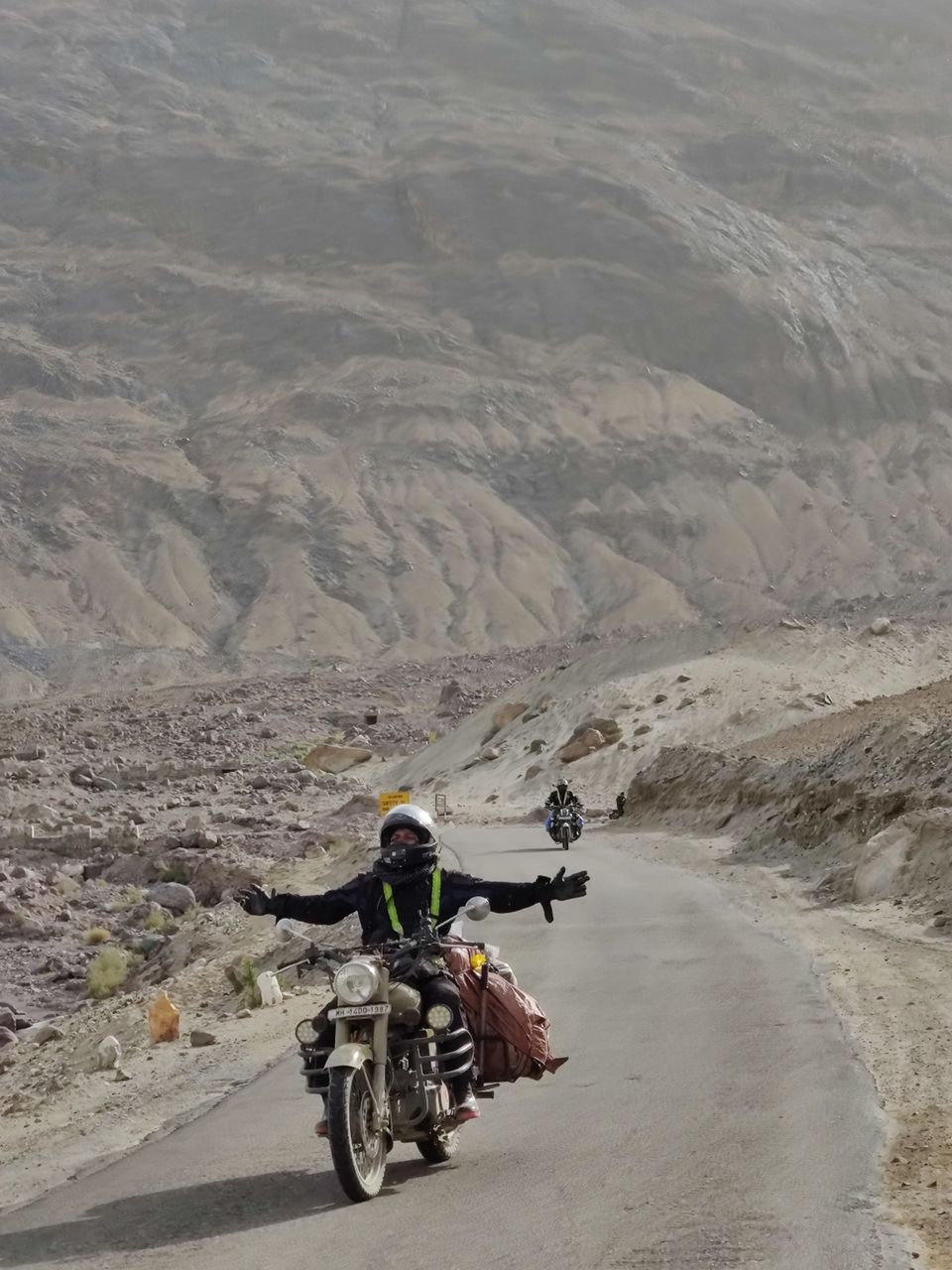