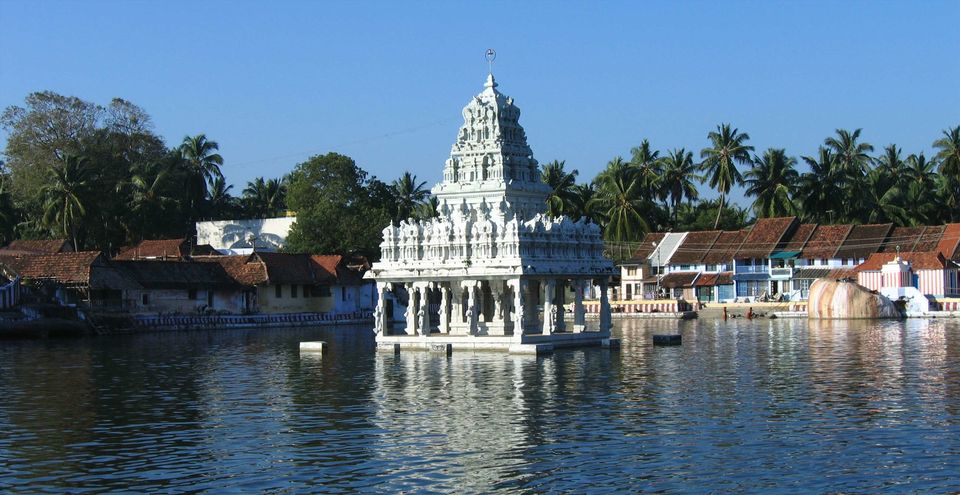 Since forever, Indians have had the tendency to avoid the south while scouting destinations for summer vacations. Needless to say, scorching heat and the ever present obsession to have a lighter skin tone are the major reasons why we tend to overlook brilliant destinations of the south. Locations like Ooty and the backwaters of Kerala have made the cut because of the natural boons and picturesque locations.

Kanyakumari, although being well acknowledged for its geography, is not that sought after when it comes to wanderlust. This coastal town of Tamil Nadu marks the alliance of Arabian Sea, the Bay of Bengal and the Indian Ocean. The southernmost tip of India also hosts the most surreal phenomenon that witnesses the sunrise and sunset from the same beach.

The timid town of Kanyakumari boasts shrines and churches, figurines and long stretches of beaches for the best of summer vacations. A walk away from the mainland lies the most eminent landmark of the town, the Thiruvalluvar statue. Standing tall at a hundred and thirty three feet, the statue represents the chapters of Tirukkural, the epitome of Tamil literature.

The carnivals of Kanyakumari are reflected as the primary parts of the regional culture. Every festival and event of the town resembles the religious beliefs of the localites. Kanyakumari enjoys a wide array of festivals, around the calendar contributing the aesthetic appeal of Tamil Nadu as a whole. The local population of the town is home to a number of religious communities and you can quench your thirst for any such desires, if you may.

Chaitra Purnima Festival: Celebrated during the first week of May and is considered the most popular festival in Kanyakumari. Many religious gatherings and programs are organized and the rare sight of moon-rise and sunset can also be enjoyed during the auspicious day.

Navratri: Throughout a span of nine days, the celebrations take place in the last week of October.

Apart from these, Vaisakha festival, Float festival and Kalabham festival are some more notable carnivals enjoyed year round at Kanyakumari.

BEST PLACES TO STAY IN KANYAKUMARI

Accommodation options are abundant, ranging from budget to standard three star   hotels. A cluster of budget hotels are at your disposal, near the bus stands and major transit points. Mid-range hotels can be found all over the town, especially around the East Car Street and the Kovalam locality.

BEST PLACES TO EAT IN KANYAKUMARI

The coast line of Kanyakumari is dotted with quaint shacks and restaurants serving a wide range of sea food delicacies. Restaurants serving continental cuisines and a multitude of Indian food is also available. The perfect location to sit down after a perfect day at the beach would be the Beach Road.

Kanyakumari might not provide you with unbound lands to drive through or give you an opportunity to explore unexplored lands, but the town has a history one needs to know and comes with a bonus of the three oceans on which India floats. A family trip targeting the natural beauty and the southern festivals can surely be worth your vacation.