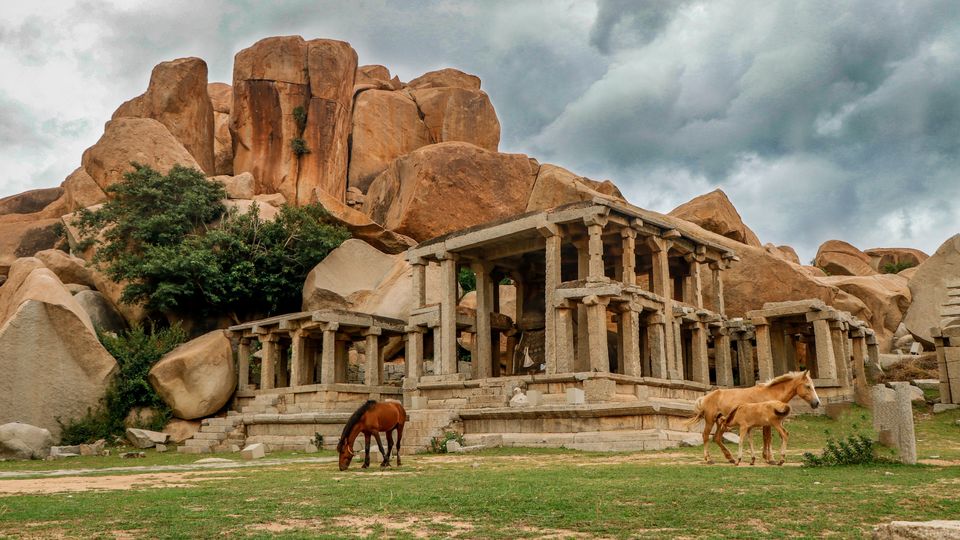 So my first two days in hampi was full of gloomy skies but I was able to cover the whole of hampi in those two days. Being a photographer my aim was to capture Hampi in all its glory which is predominant during the sunsets and sunrise. But the sun had some other appointments so it didnt show up.

On the third day however, I had a beautiful innate feeling that today is gonna be a good day and the sun was out, actually it got too sunny during the day. That was the glimpse of how taxing summers would be in Hampi (Do Not go to Hampi in summers. Do NOT!) So I started my trek to Matunga hill which is a must go place in Hampi considering the hype and the view that it provides, its breathtaking (literally :P)

I probably took a wrong turn into the boulders and reached to a point where I was standing alone on a lone stranded rock hanging by the hills, that was my lion king moment. It got a little cloudy as the day went by and the evening was full of clouds but there I was, feeling so amazing with the strong winds blowing and I'm standing with the camera even though the sun wasn't showing I was still happy and then one of the most beautiful things happened. The sun showed up in the final moments of its departure and the sight was divine. I felt that I manifested this view and such a rush of ecstatic energy flowed within.

I saw a couple of girls with DSLR getting down from the hill so I holler at them saying "hey you're missing the view out here, the sunset is visible after two days, you shouldnt be missing this " because I was so excited to witness sunset. They came up the rock and I made new friends.

On the last day I hired a bicycle and re-visited all the places again. You can easily hire a bicycle on the old hampi side which is where I was staying for mere 100/- INR for a day.

Places to eat in hampi :

Bonus : If you find Rashmita guesthouse there is an amazing dosa place right next to it which you must go to if you wanna have the best dosa of your life. I promise.

Esra and Fenna from Netherlands came here for a vacation. Esra came to India for the second time while it was first visit for Fenna. Esra, previously, stayed in India for months in Chennai working for an NGO for kids. She has a very kind and calm energy around her and a beautiful smile along with the Indian headnod (really cute) she picked up while staying in India . She studies in netherlands and intends to come stay in India once she's done.

Fenna is a nurse and a photographer, real chirpy and very funny. Fenna does a real good impression of India in her own funny way and she has freckles with blonde and red hair. 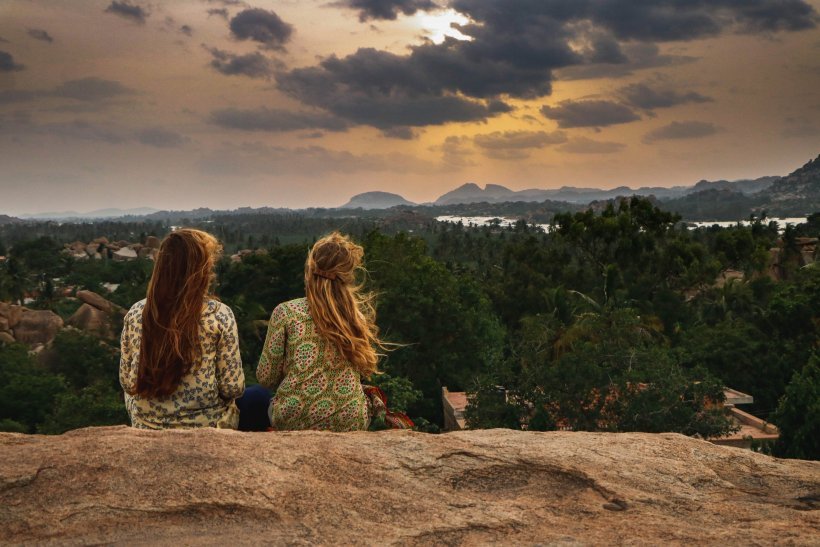