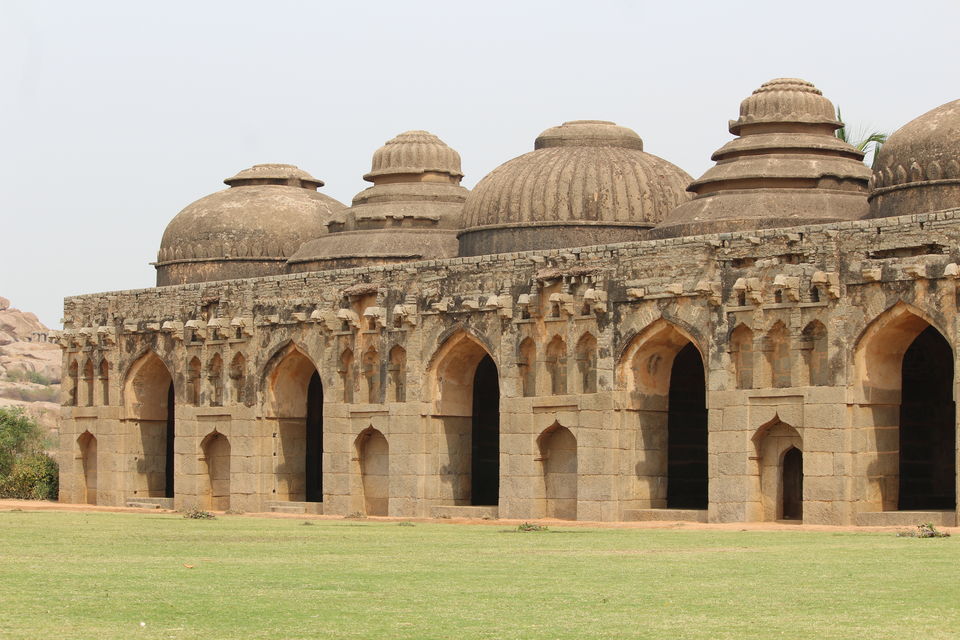 Located in Karnataka, Hampi, became the centre of the Hindu Vijayanagara empire in the 14th century. By 1500 CE Hampi-Vijayanagara was the world/s second largest medieval era city, also India's richest at that time.

This description weaves an image of grandeur and pompous infrastructure. But unfortunately,the Vijayanagara empire was defeated, its capital conquered and destroyed by Muslim sultanate armies in 1565. Ever since, the city is in ruins. These ruins are spread over 4100 hectares and considered a world heritage site by the UNESCO.

I can unreservedly recommend Hampi for tourism to the history-enthusiasts, those excited about india's past, as the ruins have very interesting stories attached to each place and it can be a truly enthralling experience.

This city was built around the Tungabhadra river and hence it is divided in two parts. One part has the history,the ruins, the architecture, the stories... and the other side of the river is filled with quaint homestays, a place where the youth prefers to relax. 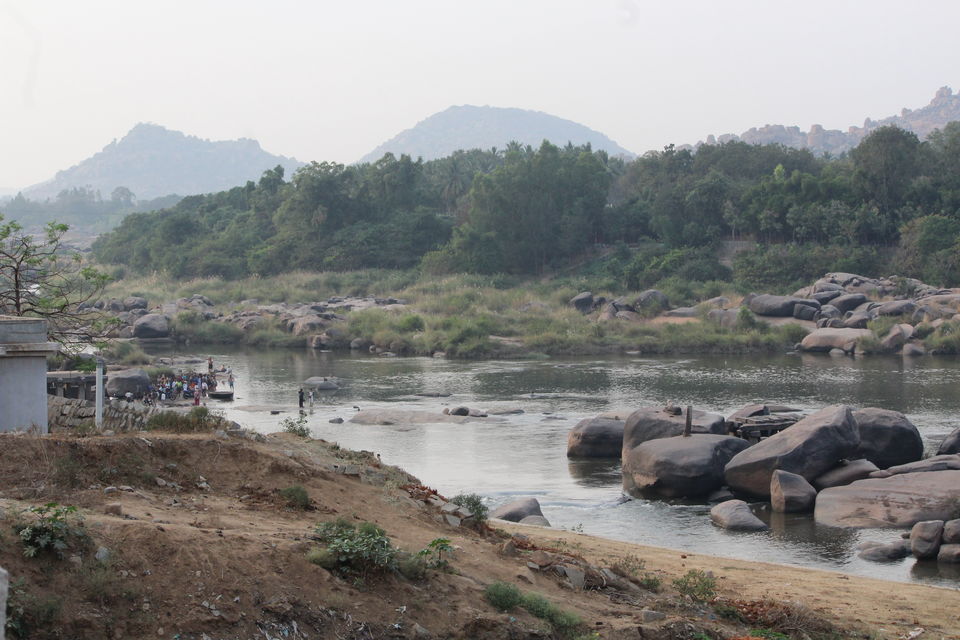 We opted for the road-route to reach Hampi from bangalore. Its a fantastic route for the major part of the drive, except for the last patch of odd 150 kms. that is a one lane(but broad enough) road. 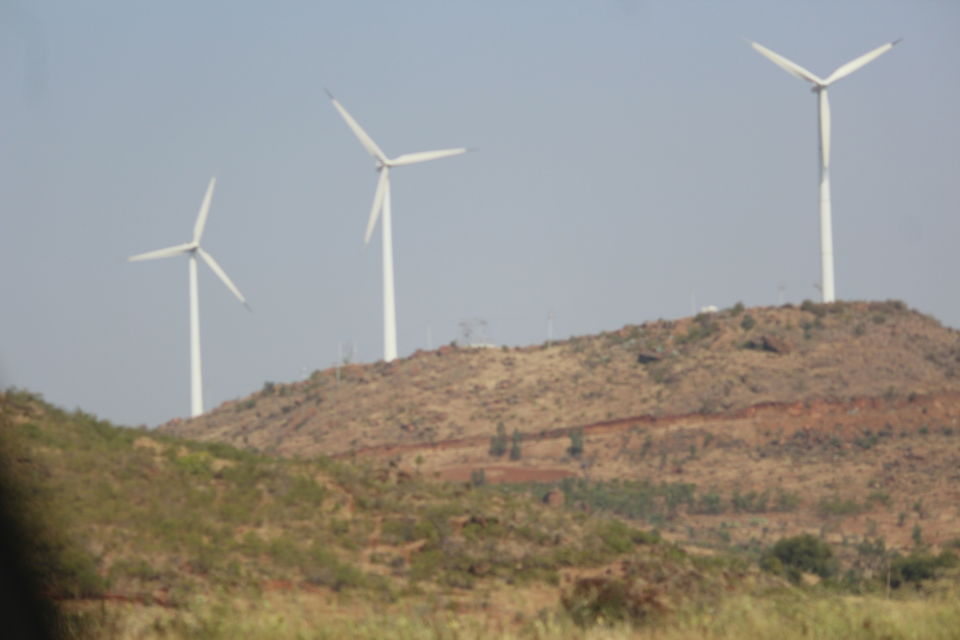 We stayed in Hospet which is just half an hour from the ruins of Hampi. It is a small town with handful of decent stay options to pick from. If you are comfortable, you can also choose to stay on the other side of the river.

So day 1 of our trip was spent in reaching Hampi and relaxing for the day, having a nice dinner and retiring early.

Day 2 was the day of tourism. We started our day early to beat the heat. We began the historical excursion with the Virupaksha temple which is an intact place of worship surrounded by the ruins, and holds great importance among the locals. 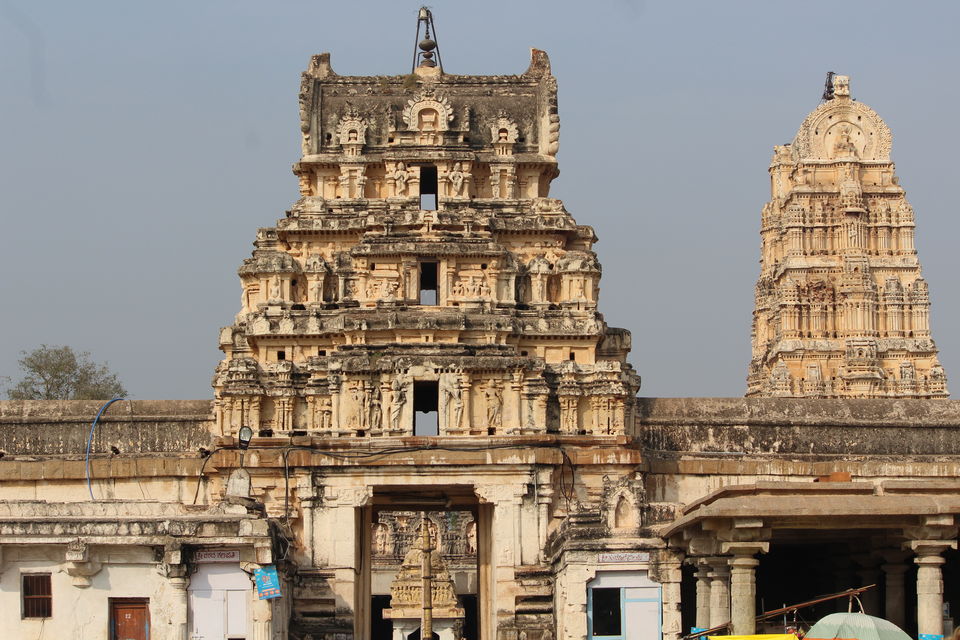 Our next stops were as follows :

8 feet tall statue of Lord Ganesha, carved out of a single block of rock. 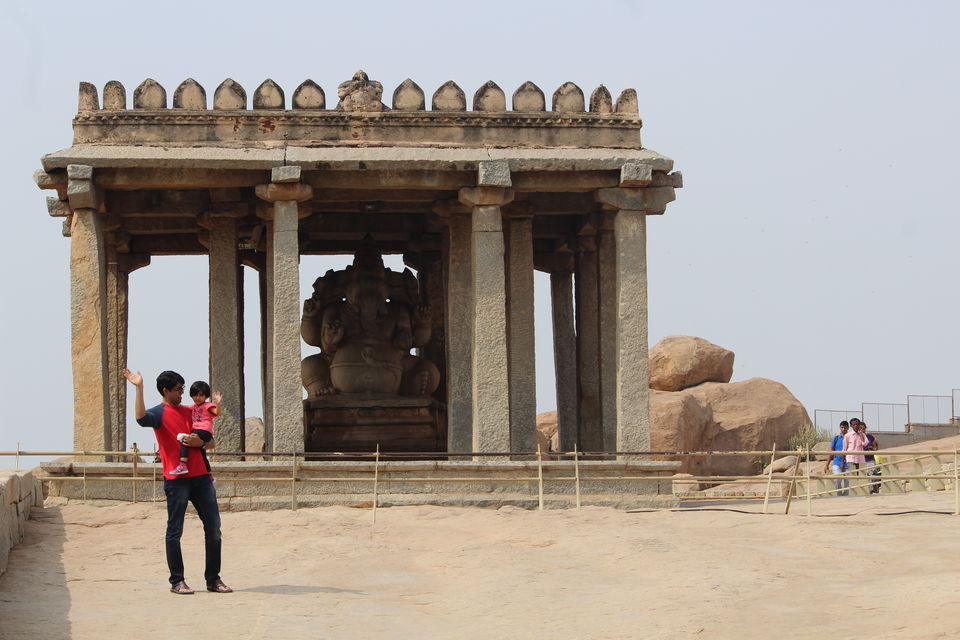 15 feet tall, this towering statue is also carved from a single boulder, situated on the Hemakuta hill 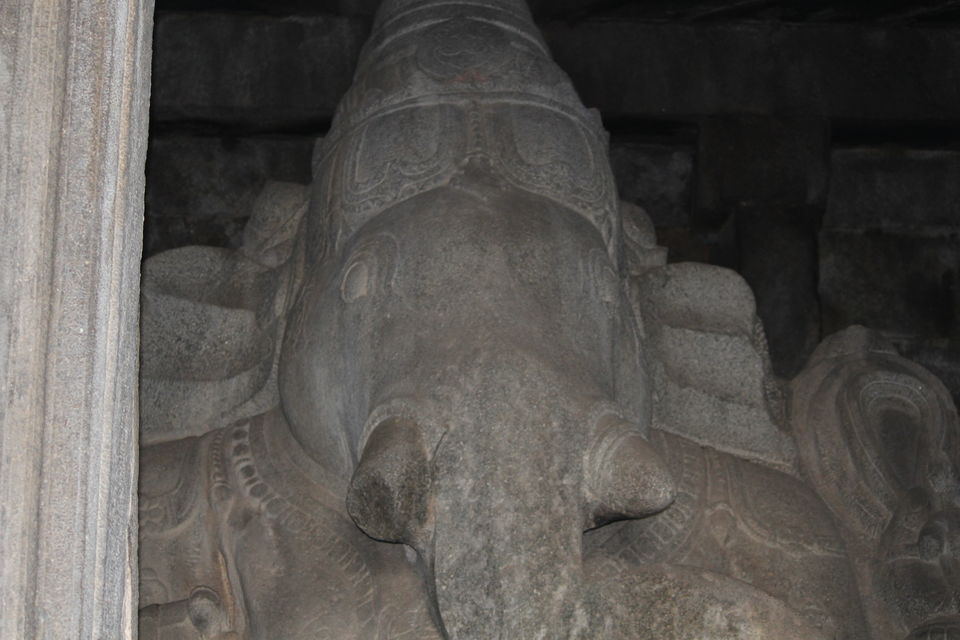 Notice the small cubicle of shops and imagine a vast market area,bustling with vendors and buyers at some point in the past 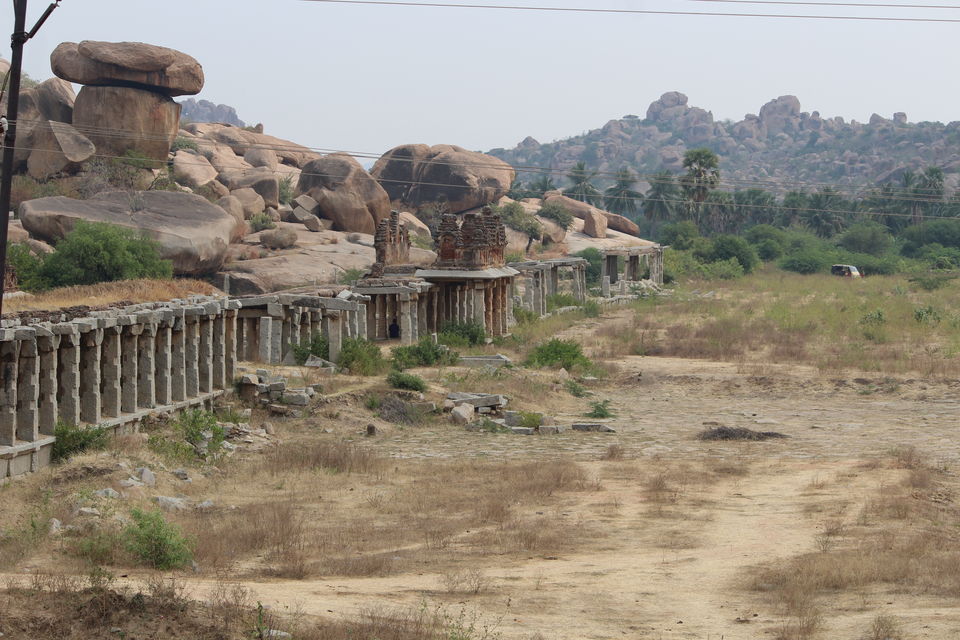 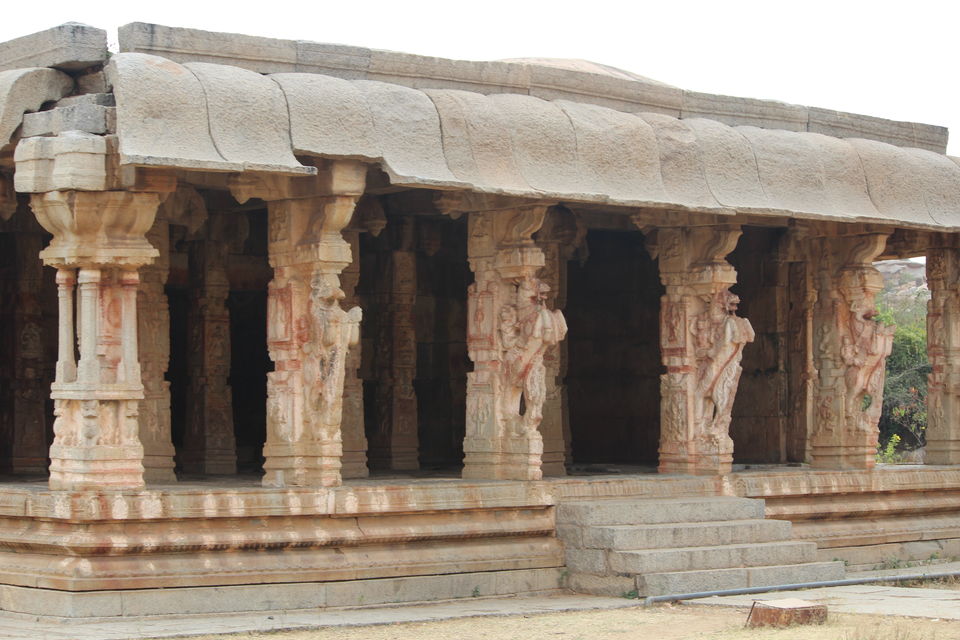 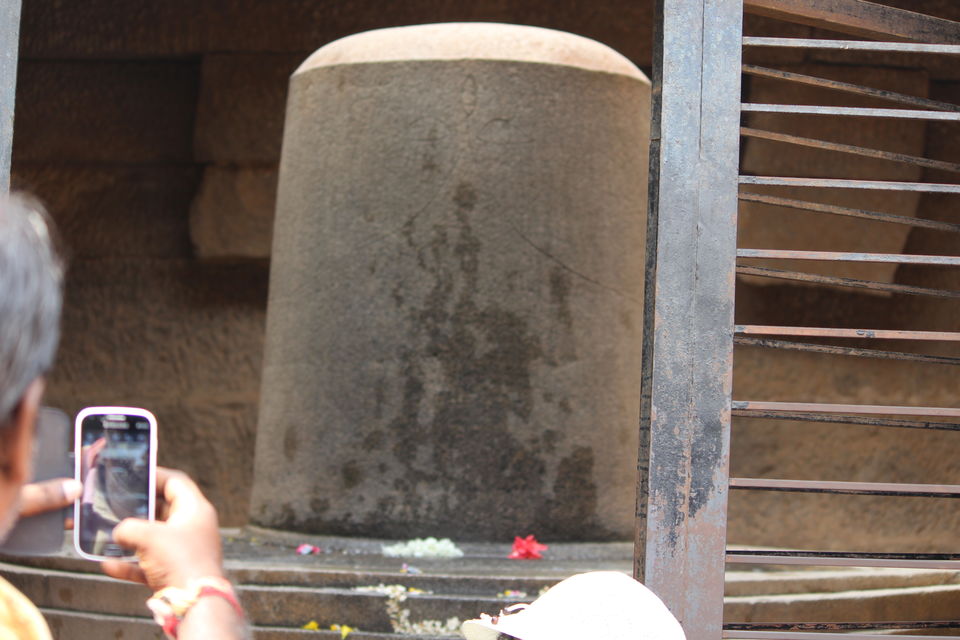 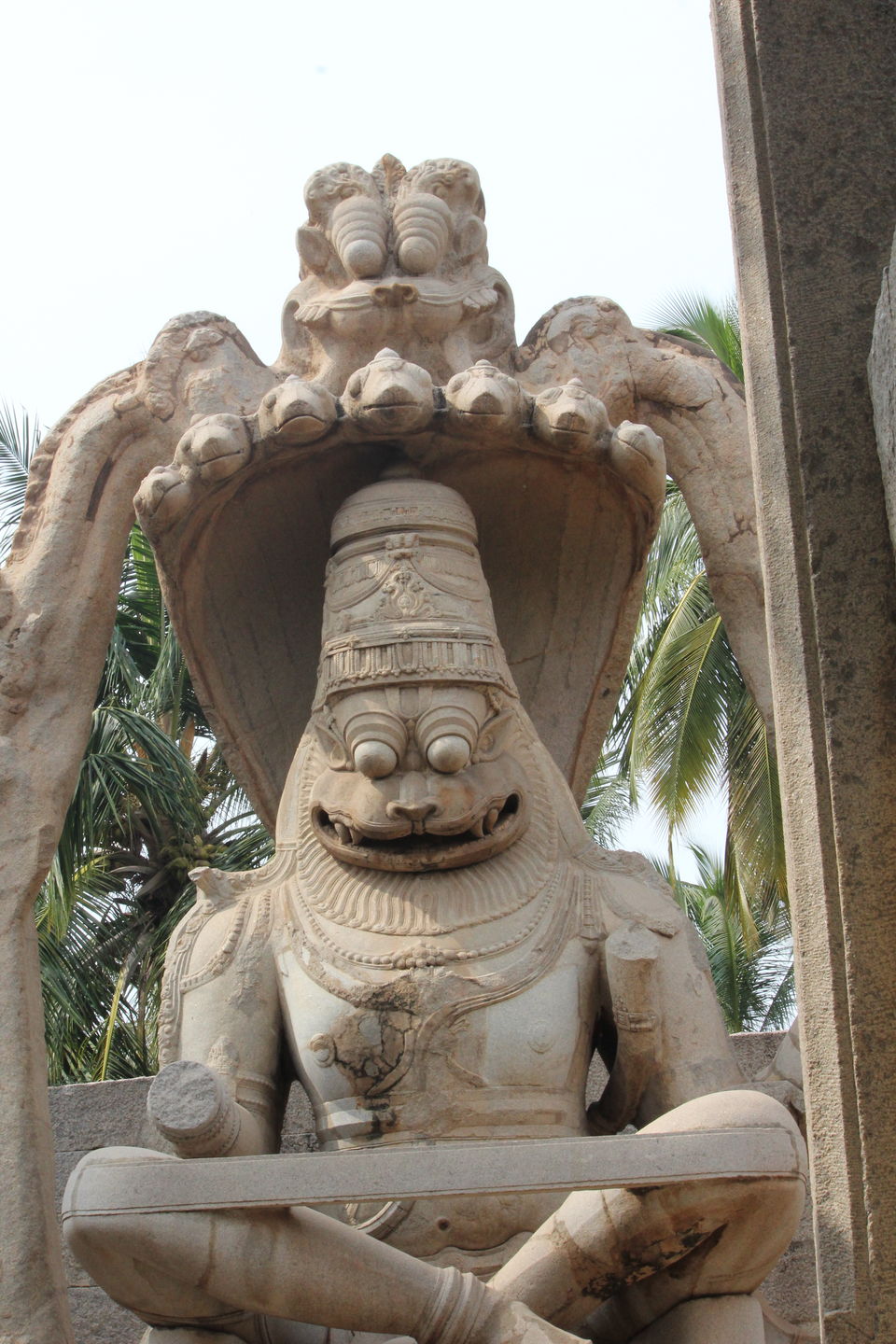 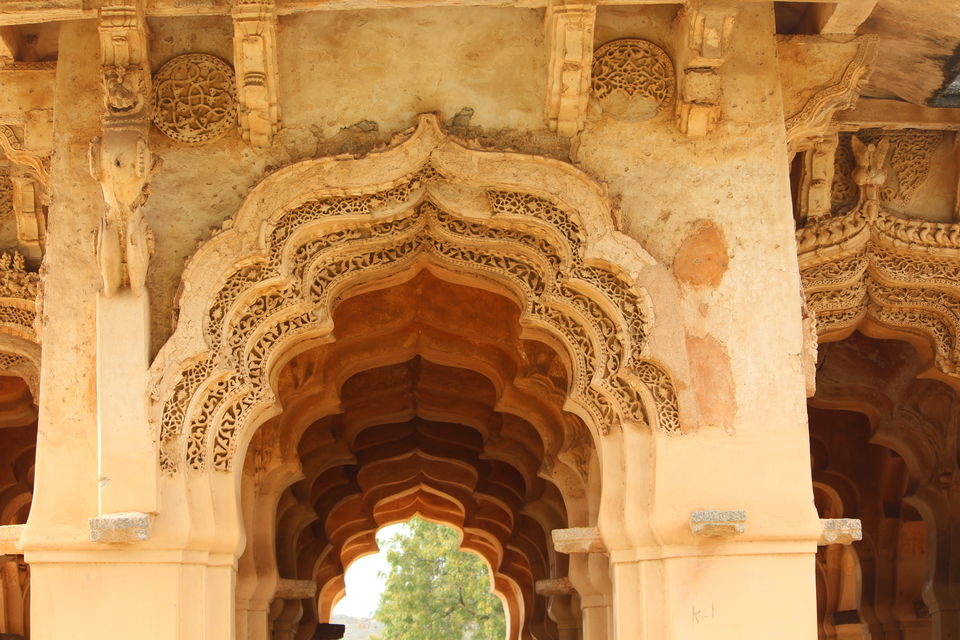 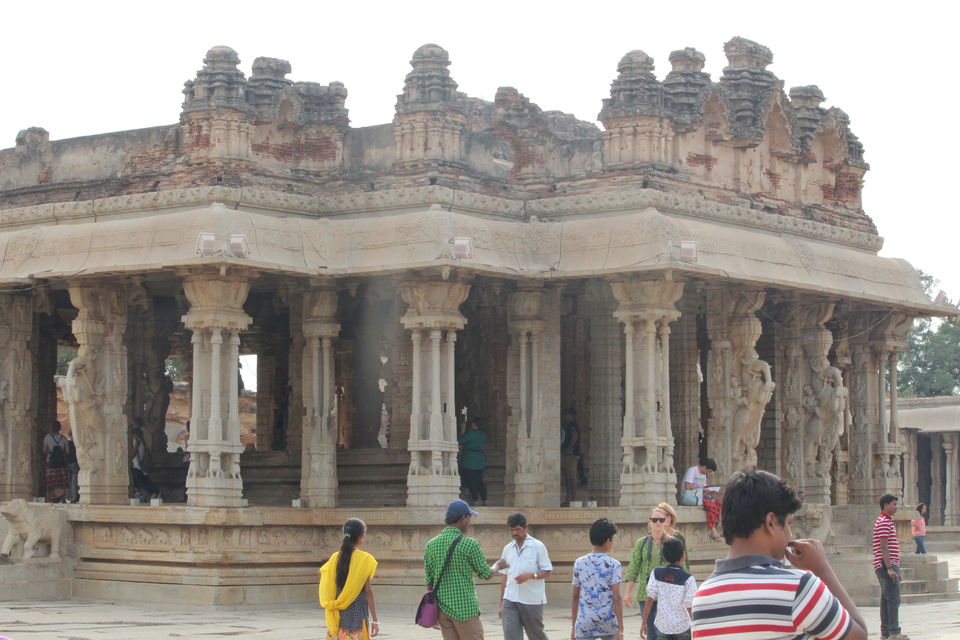 Every place is sprawling with people on weekends, but my advice is to hire a guide, let him take you around, spend sufficient time at each place and soak in the interesting facts as well as myths that are tied to each attraction.

It was a tiring day, specially with hectares of open land and a shining sun( Tip - sunblock) .The are some small hangout places, cafes and restaurants (specially popular - mango tree) where you can sit, stretch your limbs, give your body a rest. As tourists are expected to vacate the ruins by 6, we got back to our hotel and indulged in some relaxed evening and an early sleep followed. Your day's experience will be so fascinating that you'll definitely spend the rest of the evening discussing and researching about the Hampi that it was in the 1500s.

Day 3 is when we bid adieu to our stay and leave for the Tungabhadra dam visit. They take you by bus to a spot where you can climb up a little and enjoy the breeze and the view. 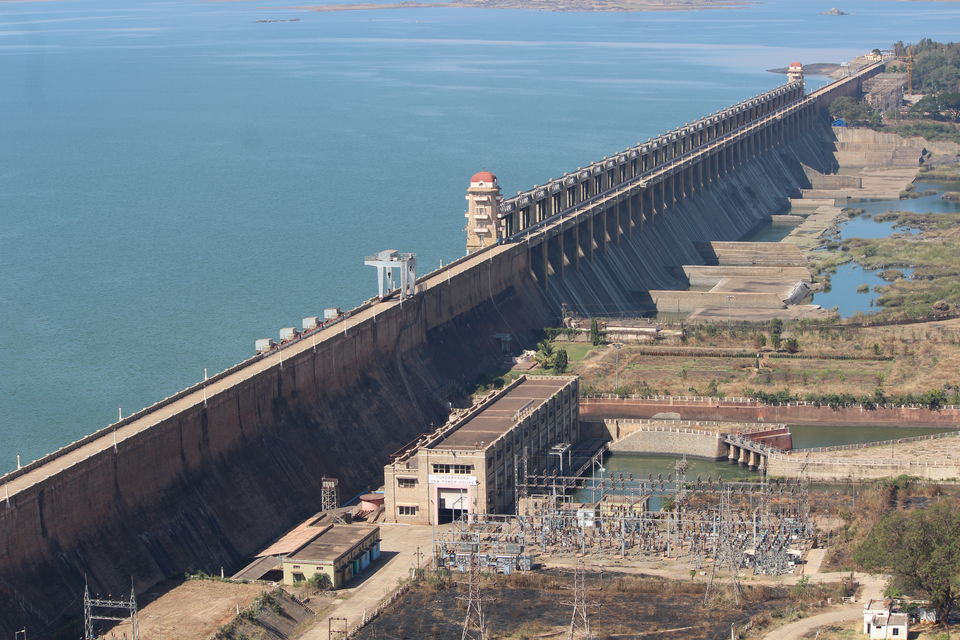 Time to drive off back to the city of Bengaluru, after a very different weekend experience, marvelling over the Vijayanagara empire, the ruins, the heritage of this country.