The Namanga border crossing from Kenya to Tanzania (Africa) 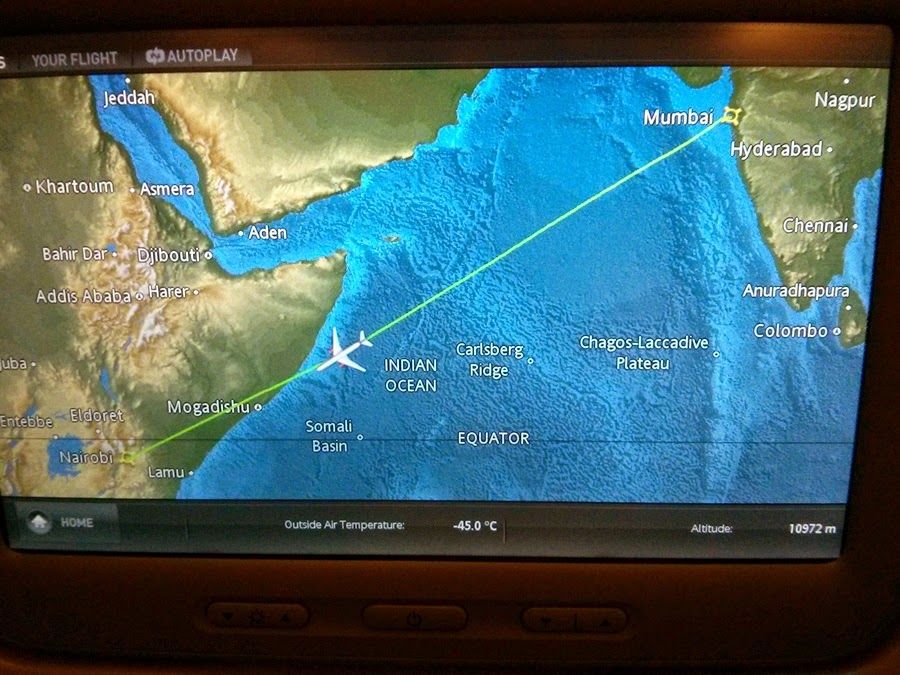 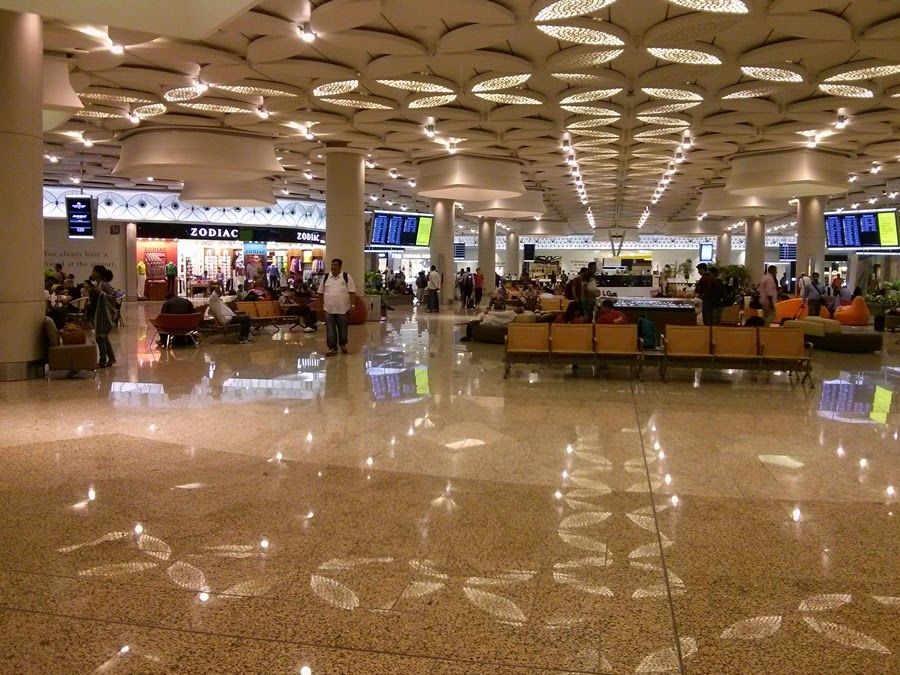 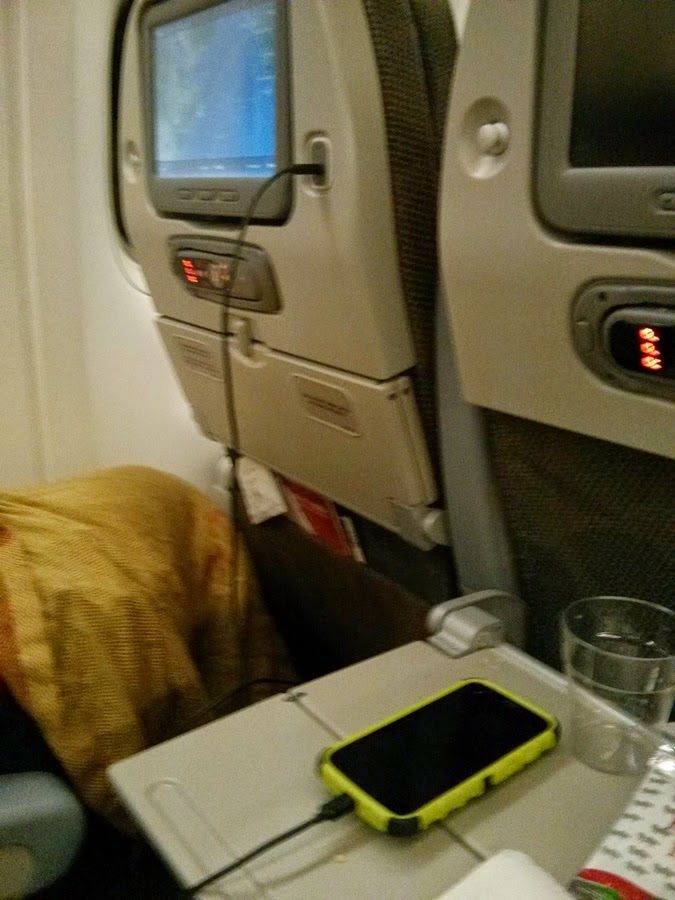 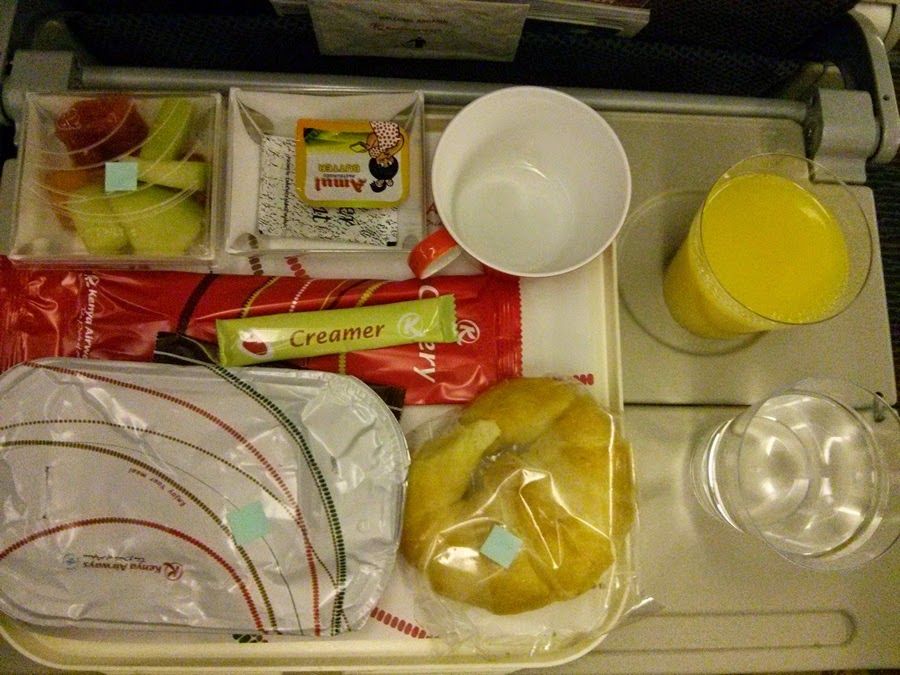 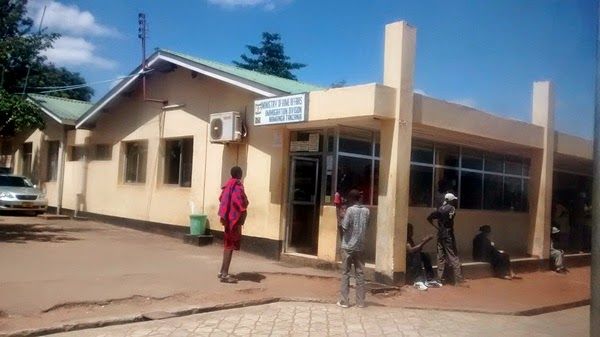 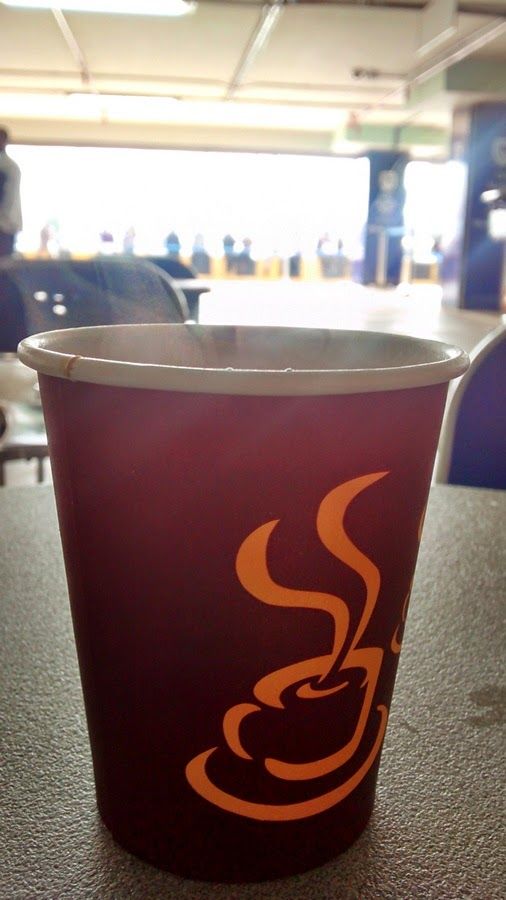 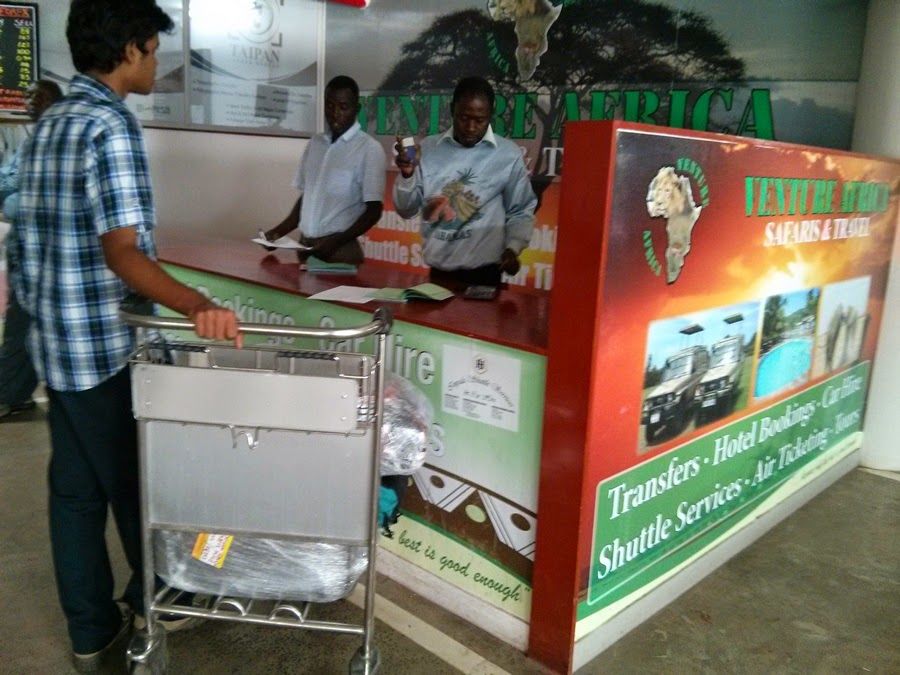 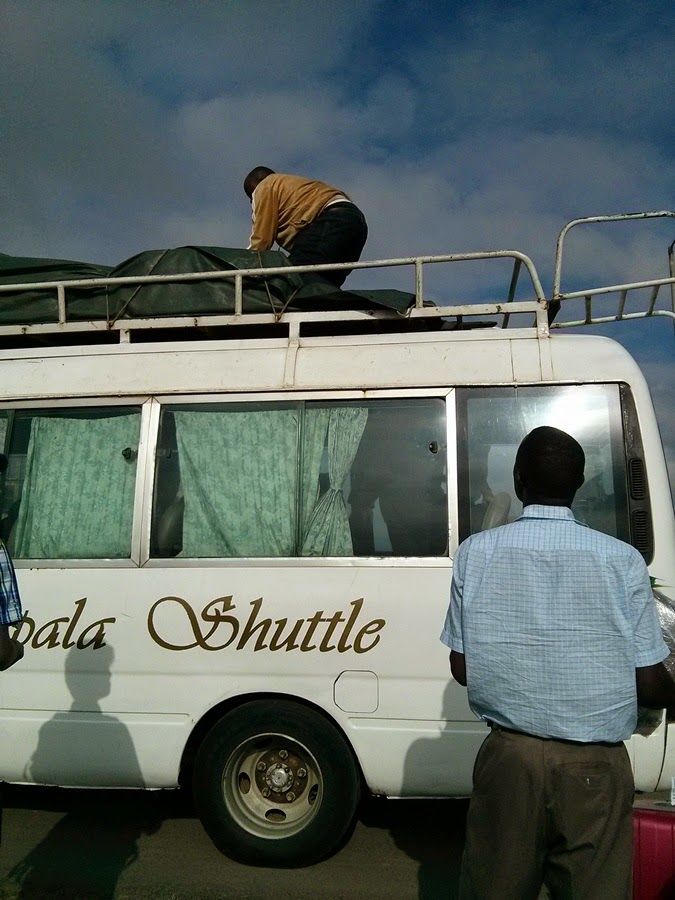 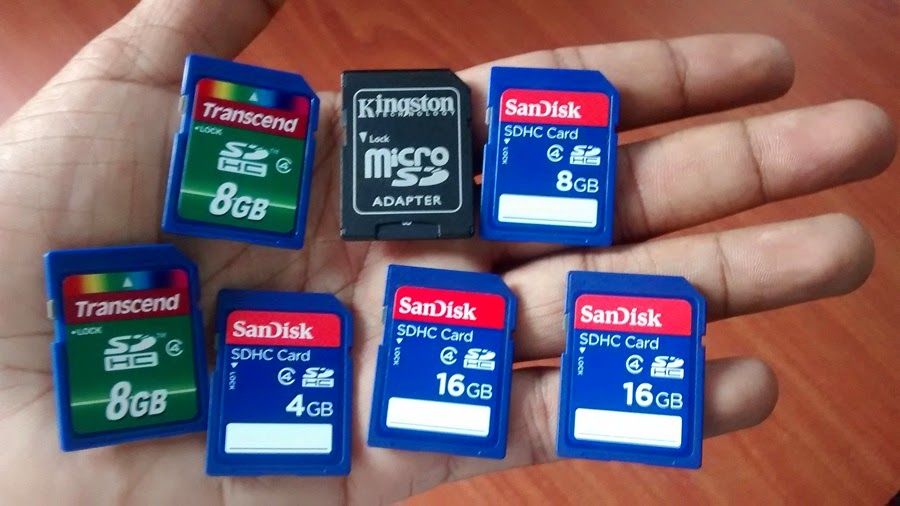 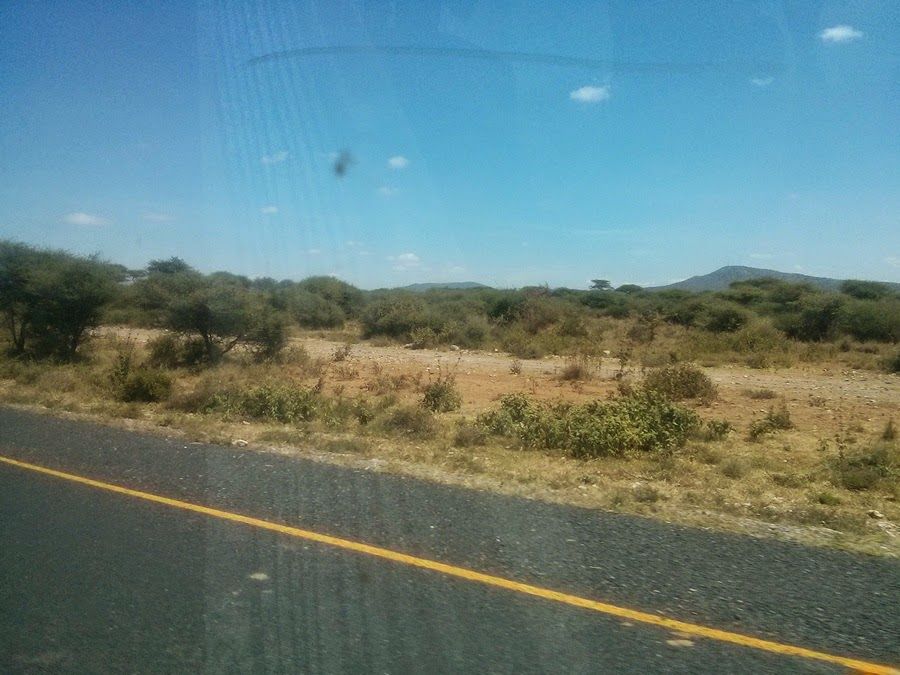 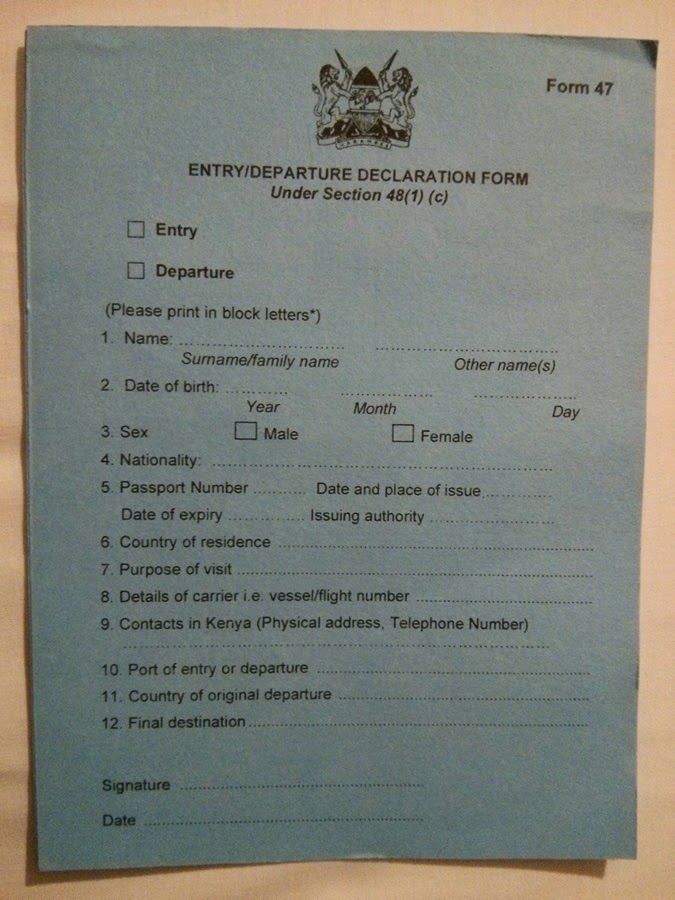 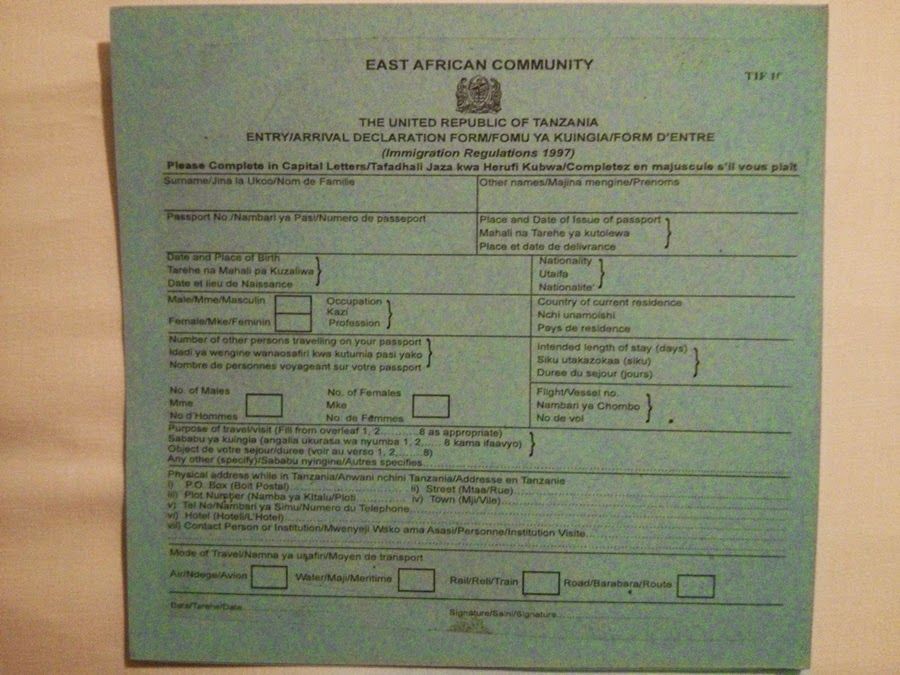 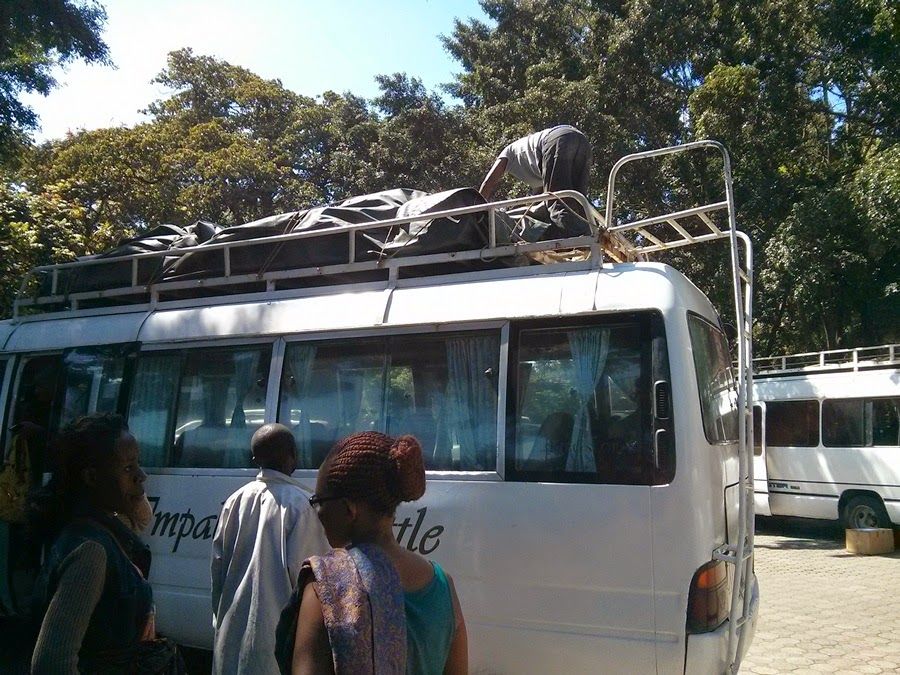 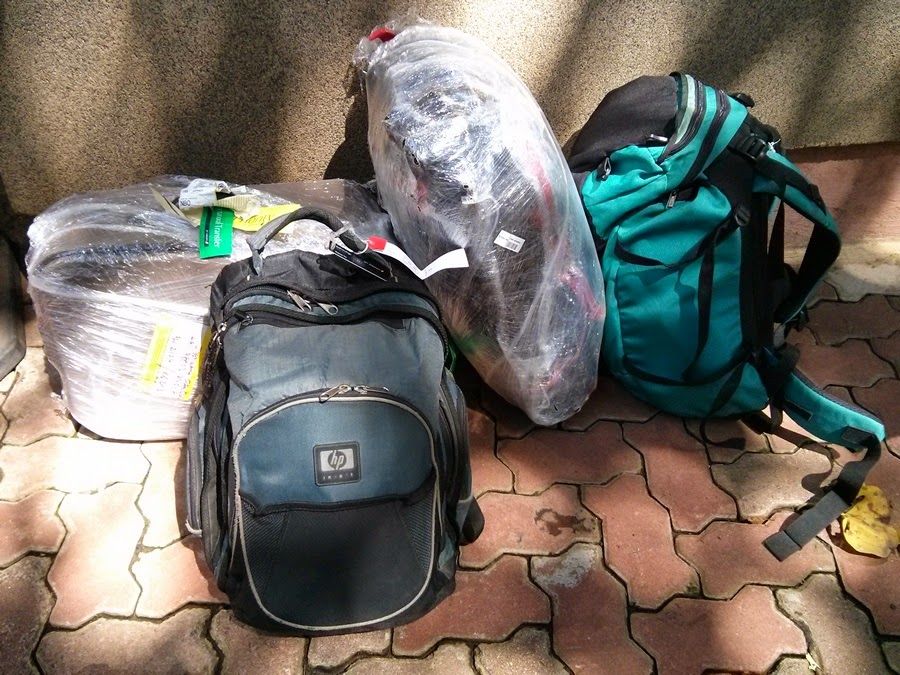 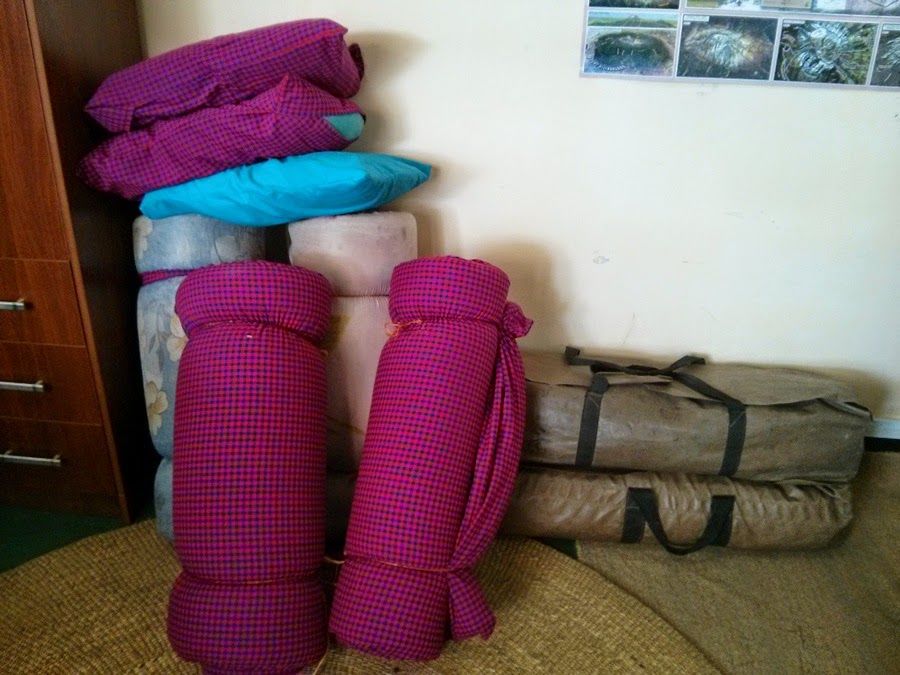 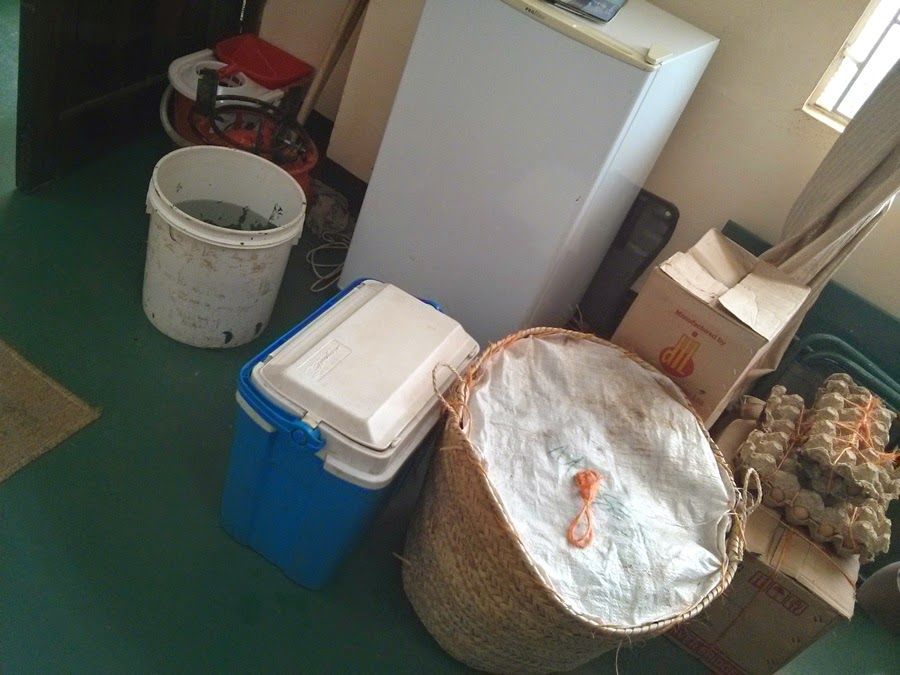 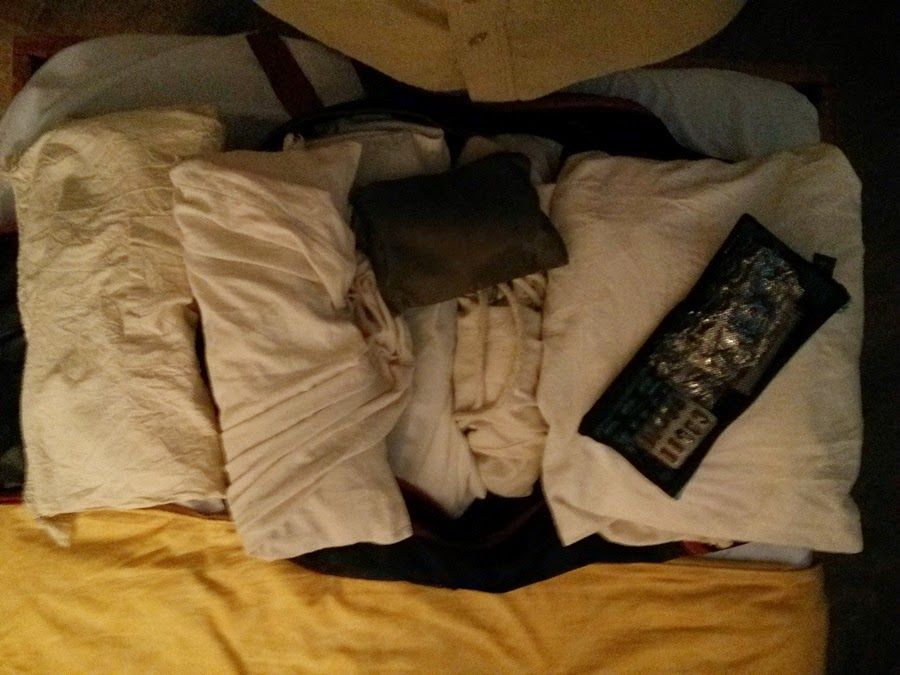 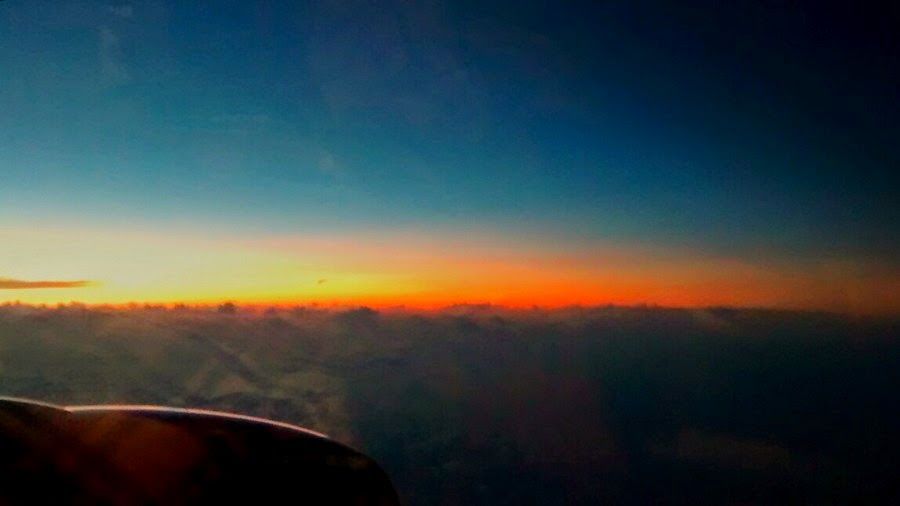 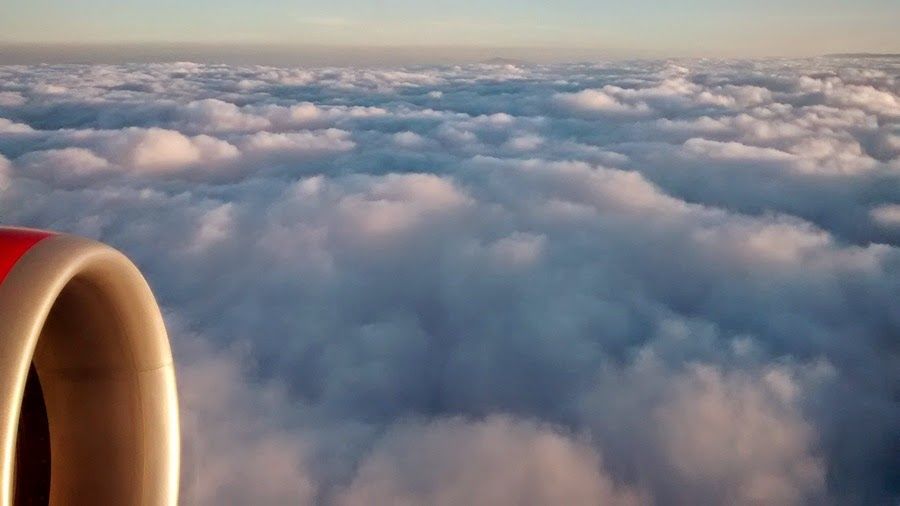 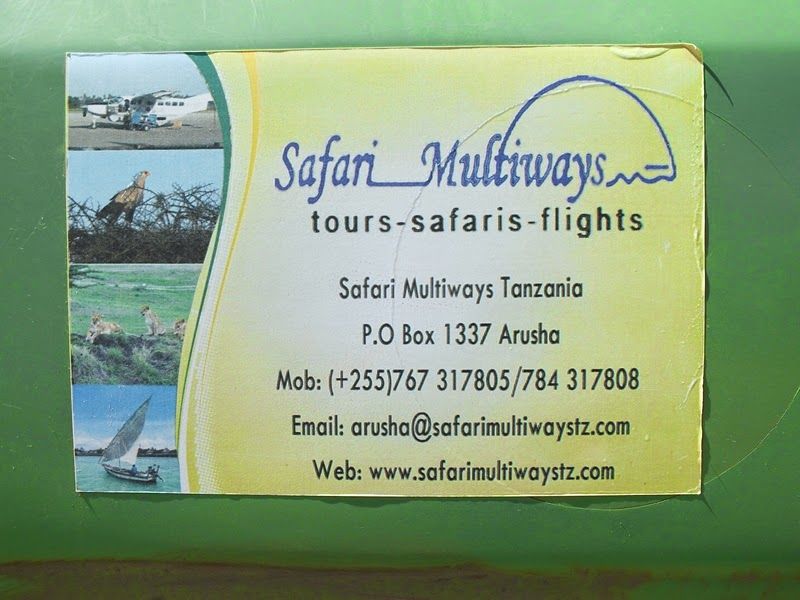 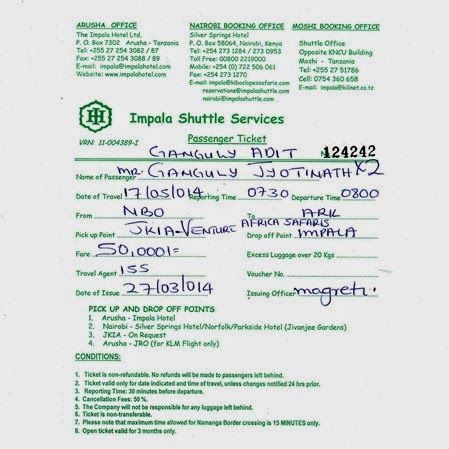 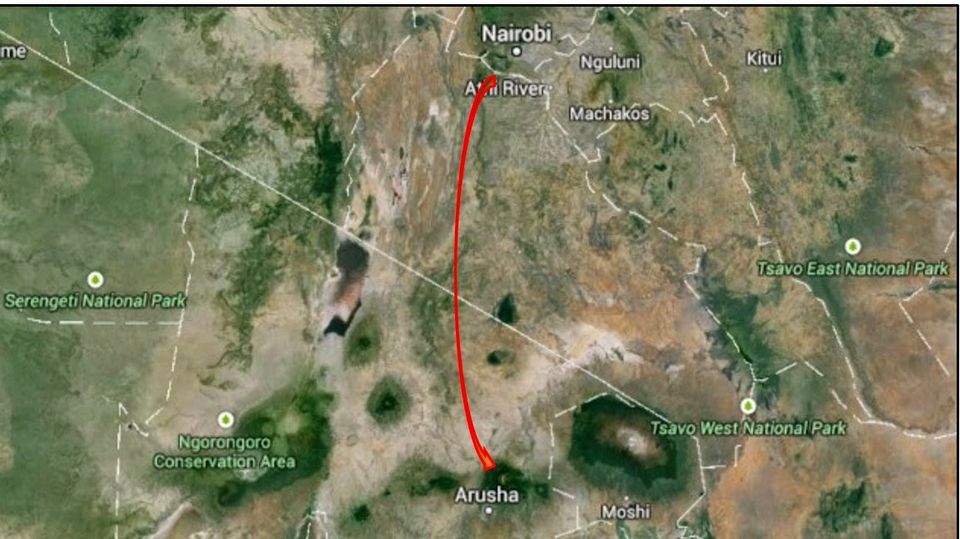 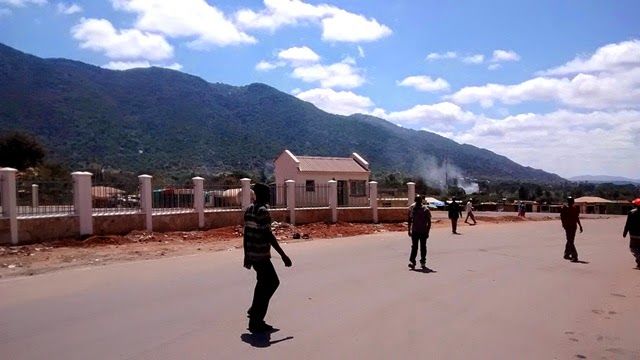 Our Second Trip of a Lifetime!

An African safari is generally termed as a 'Trip of a Lifetime'. Junior (then 15 y/o) and I had a lovely experience in Kenya in April 2013. We had been to several Wildlife parks in India earlier, and our experiences had been rather disappointing. Kenya was an an excellent introduction to the world of African safaris, leaving us wanting more. This was how we were inspired us to plan for another Safari in Africa in 2014. Our plan was to cover the Northern circuit in Tanzania during May 2014, the choice of location and time being governed by Junior's exam schedule, and the desire to experience not only wildlife but also varied landscapes and non-wildlife activities.

Decision #1 was the region and itinerary. This got sorted out over time, thanks to poring over the TripAdvisor forum and other internet resources and blogs.

Decision #2 was the Tour Operator. This again got settled soon enough thanks to a recommendation from an highly experienced traveler via the TripAdvisor forum. I had already emailed about 6 to 7 TOs, and experienced varying degrees of response, ranging from the enthusiastic to cool. Subsequently, after receiving the specific Tour Operator recommendation, I contacted Romeo Rwezuara of Safari Multiways via email. Happily, his response was quick. I always wanted to go through a local company for two reasons: to support a local business, and to keep costs down. I was happy that I was able to support a local, no-frills business.

Our 'Second Trip of a Lifetime' was designed around the following considerations:
1. Three to four Wildlife parks, for the Wildlife experience
2. Basic 10- to 12-day camping safari, for fun and for a unique experience
3. Hiking in at least two areas, to experience varied geographical environments, landscapes and climates
4. Experience the Kenya-Tanzania land-border crossing (also dictated by the air fare factor).

Romeo was prompt in responding via email, was open to suggestions, and above all, was completely transparent. That is, the breakdown of costs per day was clearly detailed out. Romeo's approach was very reassuring.

We flew Jet Airways from Bangalore to Mumbai (1.5 hours), and Kenya Airways from Mumbai to Nairobi (6 hours).

Before that, Mumbai airport turned out to be a new, swanky affair. However, the boarding process was as chaotic as ever. Changing processes is certainly harder than building a shiny, new terminal building.

The overnight international sector was about 6 hours, just enough time to watch a few shows on TV, recharge the mobiles, catch a nap, wake up in time to admire the sunrise and grab a quick breakfast.

Visa on Arrival in Nairobi was quite a simple affair. The lines were not too long. After fingerprint scanning and paying US$ 50 per person through a crisp, new US$ 100 note with the new colours, we collected our bags and were outside the exit door in about 20 minutes.

Next stop, Arusha in Tanzania. Romeo of Safari Multiways (our TO) had bought our Impala Shuttle bus tickets earlier, and had scanned and emailed the images to us. The shuttle bus fare (paid by our Tour Operator in Arusha) for the Nairobi to Arusha ride was TSH 50,000 for the two of us, which works out to about USD 15 per person. I see on the 'net that it would have set us back by USD 35 per person had we bought the Riverside shuttle tickets online from India.

The scanned copies were sufficient proof for the staff at the Venture Travels counter. We did not need to pay any extra amount, just as our TO had assured us.

The Impala Shuttle bus reps asked us to enjoy our morning coffee in the cafe next door, and said that the bus would be there soon.

The bus decided to stop along the Mombasa Highway nearby, instead of entering the airport, which they said would chew up valuable time. Good idea, I thought. However, there was a minor hitch. We needed to grab a cab to travel the one-kilometer distance, which was arranged at a small charge, needing a quick rush to one of the several nearby ATMs to withdraw some Kenya Shillings. The taxi ferried us over to the Mombasa Highway,and the bus came along in a few minutes. The 20-seater bus was rather packed, with people and luggage. Our bags were loaded on top of the bus and covered with tarpaulin sheets.

Junior managed to find a seat towards the back while I found one towards the front. It was about 08:30 AM. We were on our way to Tanzania! Yaaayyy!!!

Our route that morning would be Nairobi JKIA to the border crossing at Namanga to Arusha.

Crossing the border at Namanga

The land border crossing at Namanga was an interesting experience, our first of this kind. This was also one of the reasons why we decided on this travel route. The more the excitement, the merrier would our travel be.

About 2.5 hours bus ride from JKIA to Namanga (including the 20 minute rest stop at a curio store and restaurant before the border).

Fill up the BLUE colour immigration form on the Kenya side. The form is common for Entry and Exit, you need to tick the right box.

Fingerprints were scanned. No need to pay Visa fees here. That had been taken care of in JKIA, Nairobi. A Single entry visa allows one re-entry from Tanzania, Uganda, Rwanda and Burundi. Our passports were stamped.  Bang bang!

Next step is the approx. 150 metres walk over uneven ground, across construction debris. We crossed the 'no man's land area' and found ourselves near the immigration office on the Tanzania side. Lots of people hanging around. I discovered the two photos below only after we returned home.

I chided Junior, saying 'Did you not know you are not supposed to click photos out there by the Immigration offices?' To which he responded, 'The least you could have done was to tell me. Instead you were completely hyper, trying to figure out which window to go to.' Teenagers, I tell you!

We needed to fill up the BLUE colour Tanzania Entry form and pay US$ 50 per person. The Visa fee payment counter is located away from the counters where the forms need to be submitted and passports need to be collected. Separate counters for submission-collection and fee payment is confusing the first time. We asked fellow travelers and found our way around. The process is that you need to submit the documents inside, head out to pay the Visa fee, come back inside to show the receipt and collect the passport.  Yellow Fever certificates were not checked.

Fingerprints were not scanned. Our passports were stamped, bang bang, and away we went.

Oh, during the return trip, we needed to use the YELLOW colour Exit form on the Tanzania side. Kenya has a common BLUE form for Entry and Exit. The office in the Kenya side asked us about our Yellow Fever certificates during our return. We held them up, and that was sufficient.

So, back to our Nairobi to Arusha trip: Our bus had been parked alongside the Tanzania immigration office, meanwhile, so we hopped aboard. We waited about 25 minutes more for two travelers who had immigration issues, including which our border stop was 75 minutes.

The drive from Namanga to Arusha lasted a very pleasant 75 minutes. Once again, barely any traffic. Being from India, where people and traffic never seem to let up, this was a real pleasant experience. We passed Mt Kilimanjaro on our left, the top was all covered up by clouds, just the base was visible. We reached Hotel Impala at about 2 PM, on time, and our bags were unloaded. The entire trip from NBO JKIA to Arusha lasted just under 5.5 hours, including the double immigration proceedings and the 150 metres walk across the border.

Romeo, the owner of Safari Multiways was at Hotel Impala in his 4x4 vehicle along with his team to pick us up. Amos would be our driver-guide while Moses would be our cook-help during our Camping Safari and Hikes. The Safari Multiways office is located just about 200 metres from the Clock Tower in Arusha. Our tents, mattresses and sleeping bags were all neatly packed.

One night to go at the Outpost Lodge nearby.

Bags - check. Our packing was modular. The larger of the backpacks for Week 1, and the strolley for Week 2, which would be opened only in the middle of our trip. The smaller backpacks had travel documents, copies of travel documents, jackets, cameras and quick access emergency medication. The packing was further modular inside our clothes bags. After all, we would need to operate under a flashlight inside the canvas tents, from what I had read in travelers' trip reports, so was keen to minimize any chances of confusion and time spent in sorting out clean and dirty clothes of 2 * Pax every morning and night.  We carried a fairly hefty bunch of medicines, as well. Headache, inflamation, loose motion, vomiting, antibiotics, Vitamin B Complex to regenerate the good bacteria, our continuing course of anti-malaria tabs, and so on.

Bags - check. Our packing was modular. The larger of the backpacks for Week 1, and the strolley for Week 2, which would be opened only in the middle of our trip. The smaller backpacks had travel documents, copies of travel documents, jackets, cameras and quick access emergency medication. The packing was further modular inside our clothes bags. After all, we would need to operate under a flashlight inside the canvas tents, from what I had read in travelers' trip reports, so was keen to minimize any chances of confusion and time spent in sorting out clean and dirty clothes of 2 * Pax every morning and night.  We carried a fairly hefty bunch of medicines, as well. Headache, inflamation, loose motion, vomiting, antibiotics, Vitamin B Complex to regenerate the good bacteria, our continuing course of anti-malaria tabs, and so on.