The Hidden Treasure I Found on My Way to Chembra 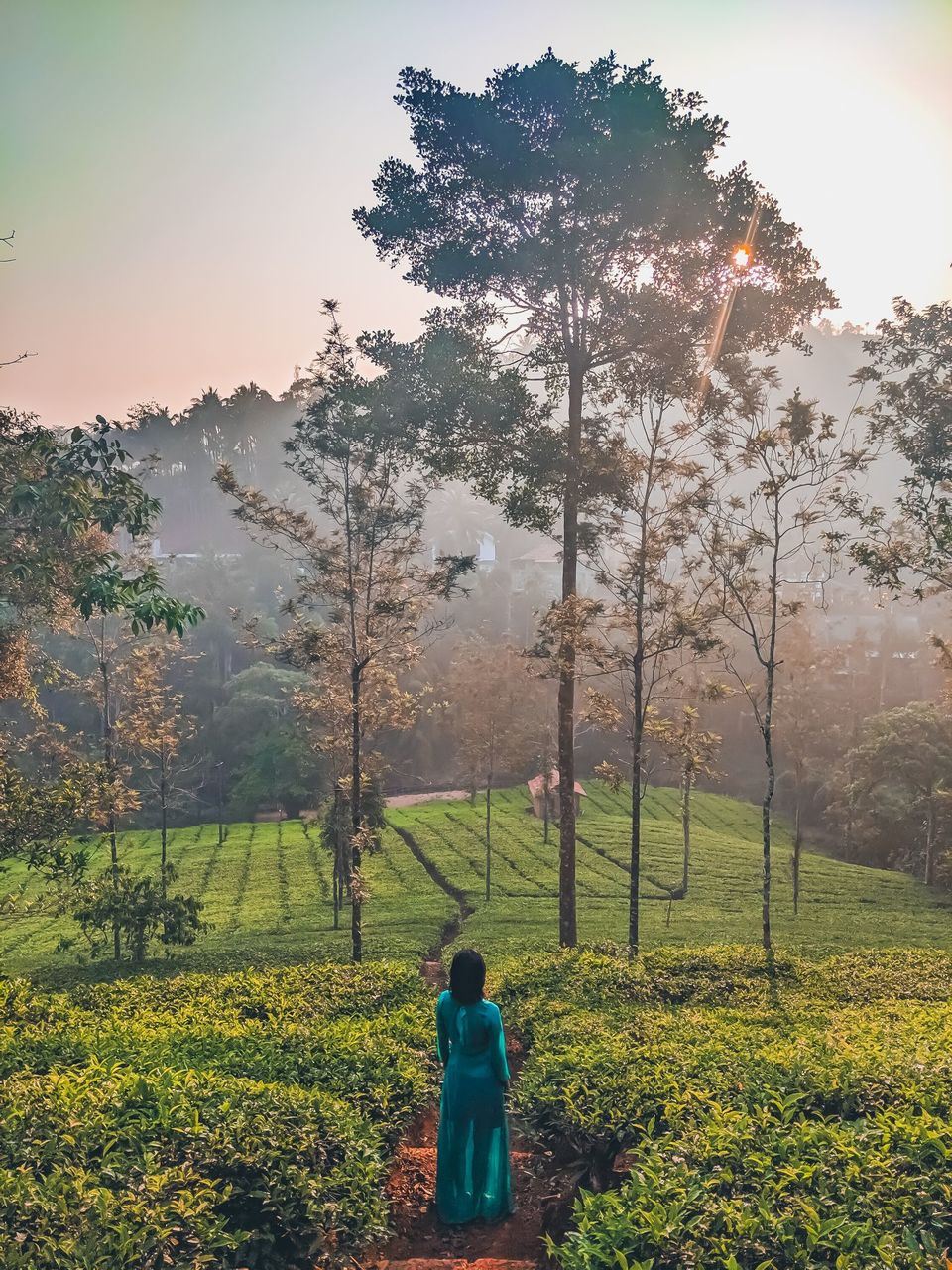 My husband and I decided to head out for a ride for the weekend. While looking for a suitable location around Bangalore, we came across Wayanad. Everyone knows that Wayanad is one of the most famous tourist destinations of Kerala. However, very few people know of this small town in Wayanad called Vythiri, which, is a hidden treasure.

With the plan to wind down at a hill station, we set out from Bangalore via Mysore-Bandipur-Gundlupet-Wayanad. As soon as we hit the district, the weather changed as though Thanos had snapped his finger. Deeper into the district and it started pouring cats and dogs. It was a refreshing change to go from 33 degrees to 20 degrees.

The plan was simple. We were to visit a couple of tourist spots, trek the highest peak and relax in the tea estate that we had booked. You know what they say about nothing going according to plan? Well, turns out that most tourist places were shut during the summer. But the good news was that we had a bike at our disposal. This gave us a chance to go off the beaten track (pun intended!).

Once we were off the highway, we saw the magic that was Wayanad. We started following the estate routes. The tea plantations were never ending and Chembra (the highest peak in Wayanad) followed us all along.

The beauty of Chembra was so mesmerising that we thought of riding up as far as possible. An hour on the road and we ended in a private coffee estate and the maps said, "You have reached your destination". This was unexpected and left us annoyed. The way back had a surprise in store, however. We had caught a glimpse of the the most splendid football field on the foothills of Chembra.

The delicious views made our stomachs growl and just when we thought we were in the middle of nowhere, we spotted the brightest cafe ever. The Yellow Cafe did justice to its name. It stood out like a sunflower in the lush green expanse that stretched behind it. The meal here was simple and flavoursome.

Having had enough adventure for the day, we began tracing our way back to the stay. After numerous twists and turn, neatly cut tea plantations, we saw the most beautiful sunset ever. Taking pictures from multiple angles, we sat there till the sky turned orange. It was finally time to head back.

We also found this this neat little cafe called Chai Chai. Ah! their fruit wrap (slurp slurp). This chai cafe is right at the Lakkidi highway. It had this hanging balcony kind of a platform with a gorgeous view of the valley.

At the end of the day, with or without an itinerary and plan, we saw the best side of Vythiri. That's the thing about travelling. One can never go wrong. Every turn, every corner is an adventure waiting to happen.

Have you been to Wayanad and Vythiri? Tell us all about it here!

Looking for more off-beat destinations to visit around the country? Check out Kitkat Travel Breaks on Tripoto here.

The readers are hereby informed that the views, thoughts, images and opinions expressed in the article belong solely to the author, and Nestlé India Limited assumes no responsibility or liability for any errors or omissions.