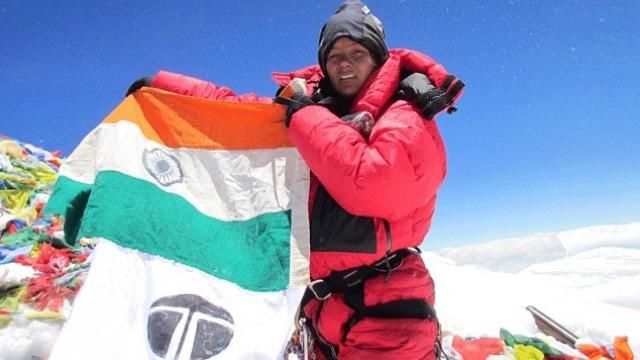 “The wait is over. We are glad to share with you the World record. World’s 1st woman amputee, who climbed Mount Vinson (highest peak of Antarctica) has become to the name of our country India.”

“Excellent! Congratulations to @sinha_arunima for scaling new heights of success. She is the pride of India, who has distinguished herself through her hardwork and perseverance. Wishing her the very best for her future endeavours,” PM Modi tweeted.

She is not only a mountaineer but is also a national level volleyball and football player. Arunima was amputated in 2011 in an accident while boarding the Padmavati Express train at Lucknow for Delhi. In a nerve-wrenching incident, train robbers pushed her out of a general coach while trying to steal her bag and gold chain.

As the saying goes… “What doesn’t kill you makes you stronger.” The accident did not stop her from dreaming and making them come true. Acting against all odds, Arunima is an inspiration for millions of people out there.