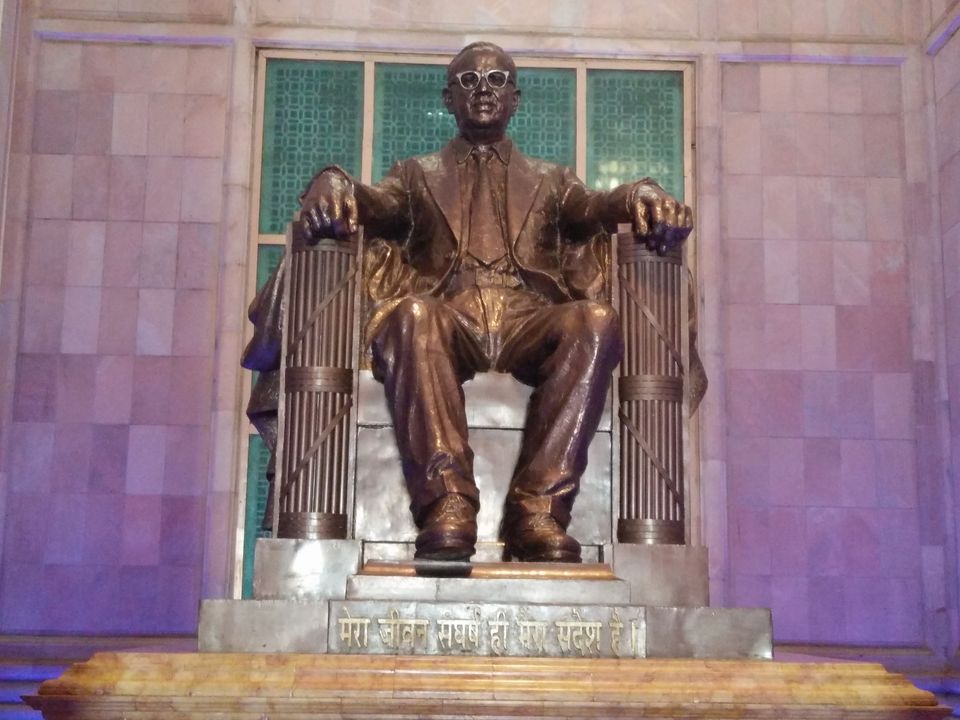 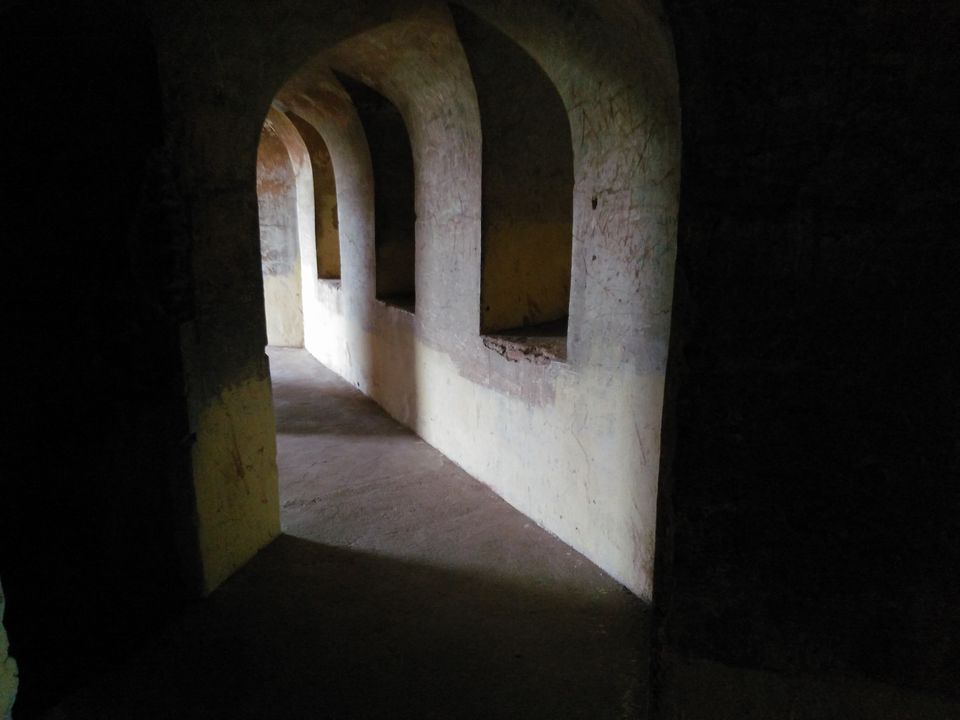 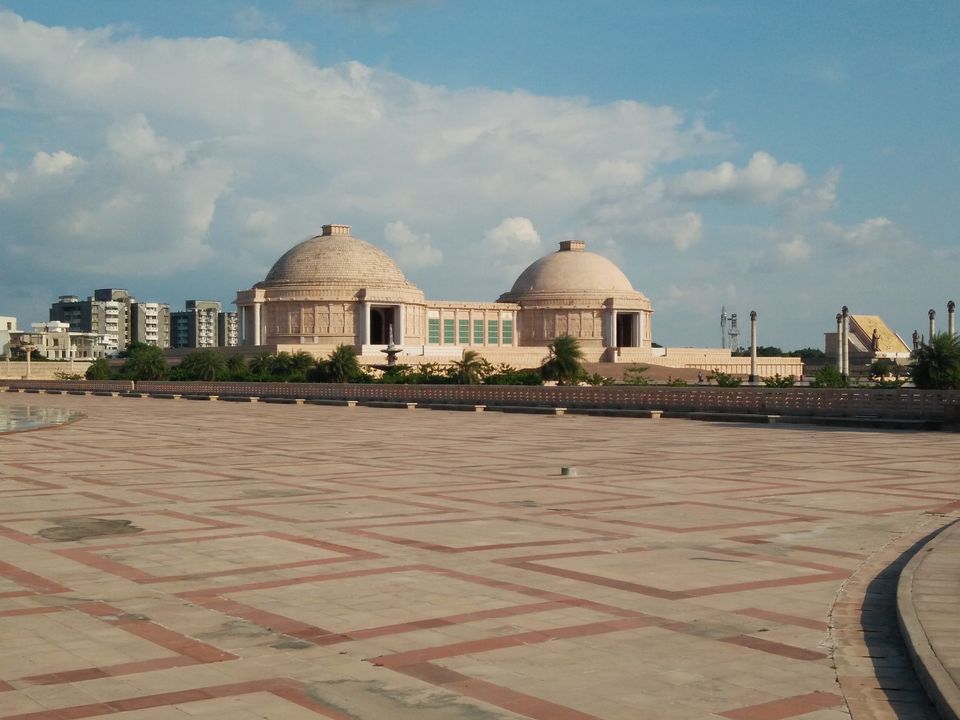 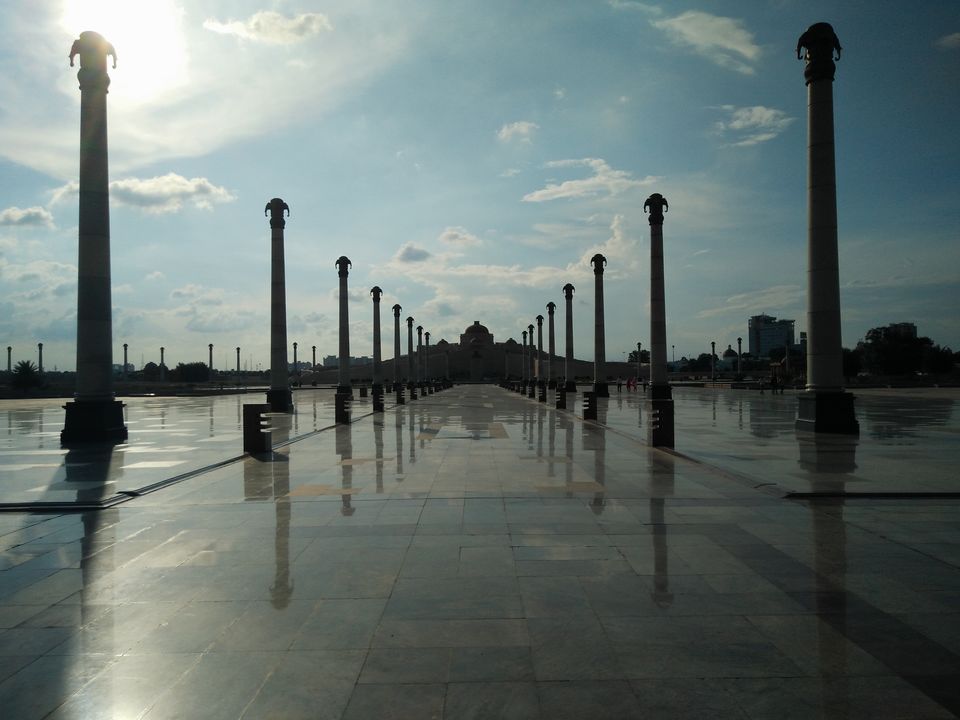 Lucknow, also known as the city of Nawabs has developed over the years but hasn't lost its rich cultural heritage. The city is divided into two parts the old city and the new city . The old city primarily consists of the Imambaras (shrines), the monuments, the very famous tundey kababs. The new city has the malls and the parks. There is a startling difference between the two, the new city is cleaner , better roads and it's easier to get a mode of transportation, whereas the old city is dusty and the main mode of transportation is cycle rickshaw, electric rickshaw and shared autos, however, it has most of the places that are worth seeing. 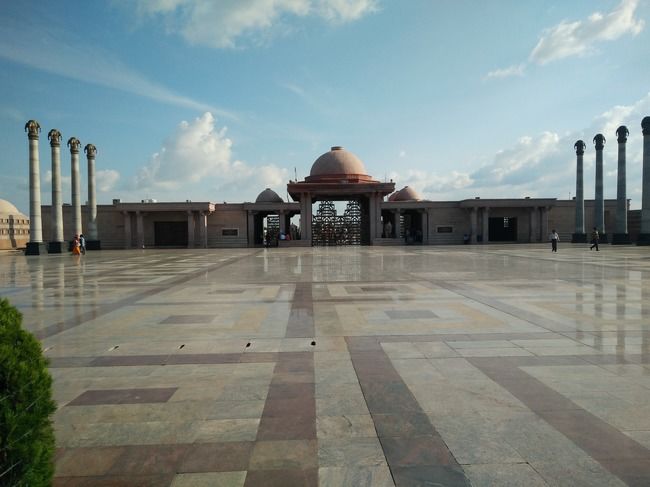 The terrace of main building 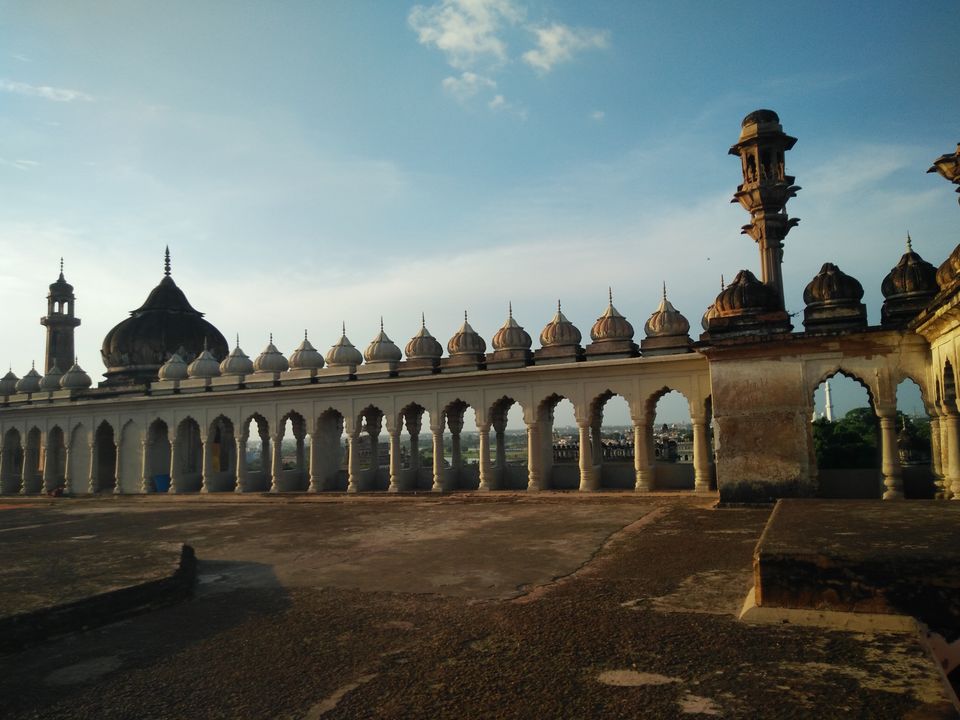 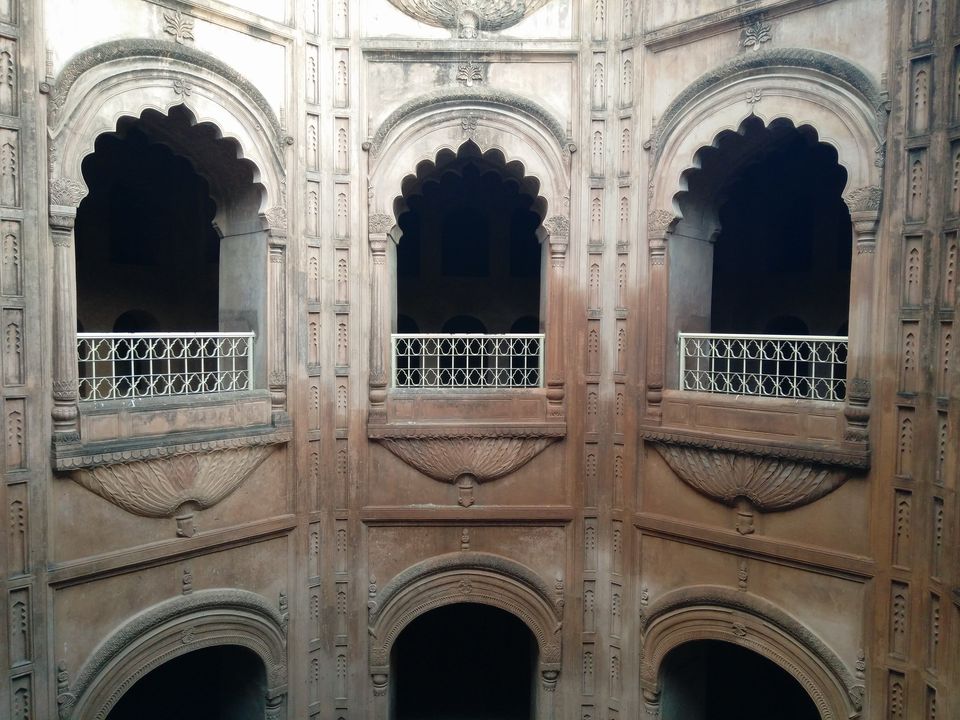 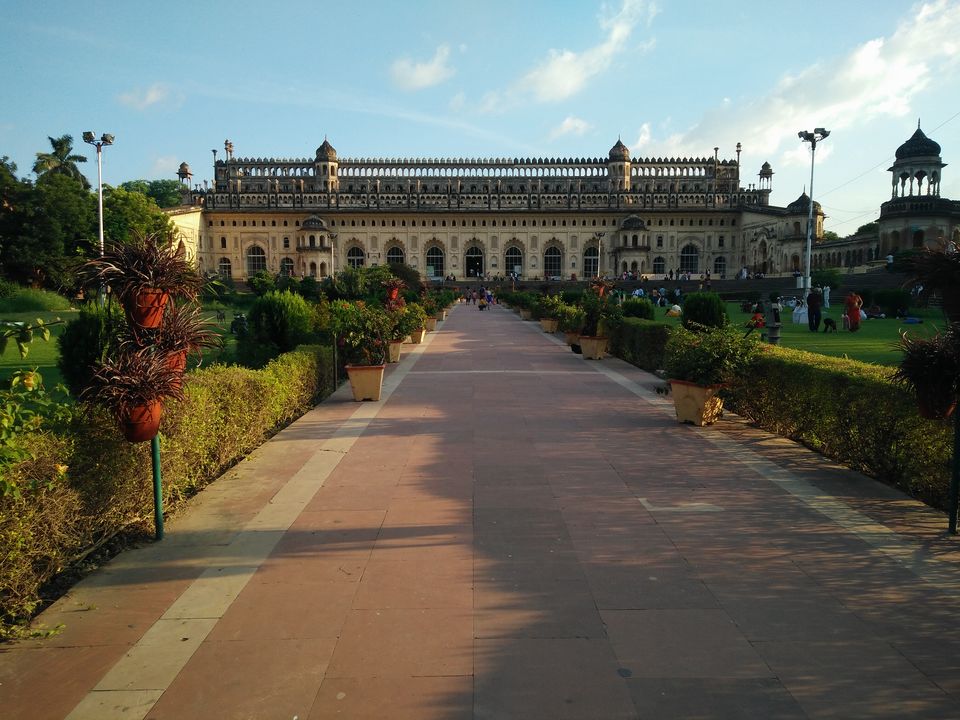 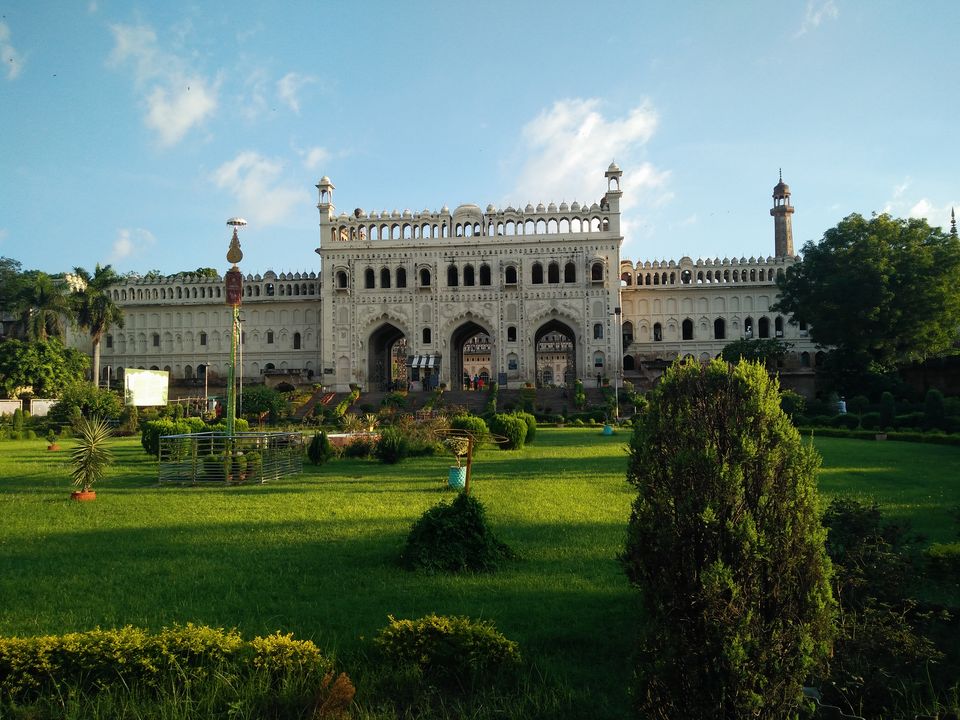 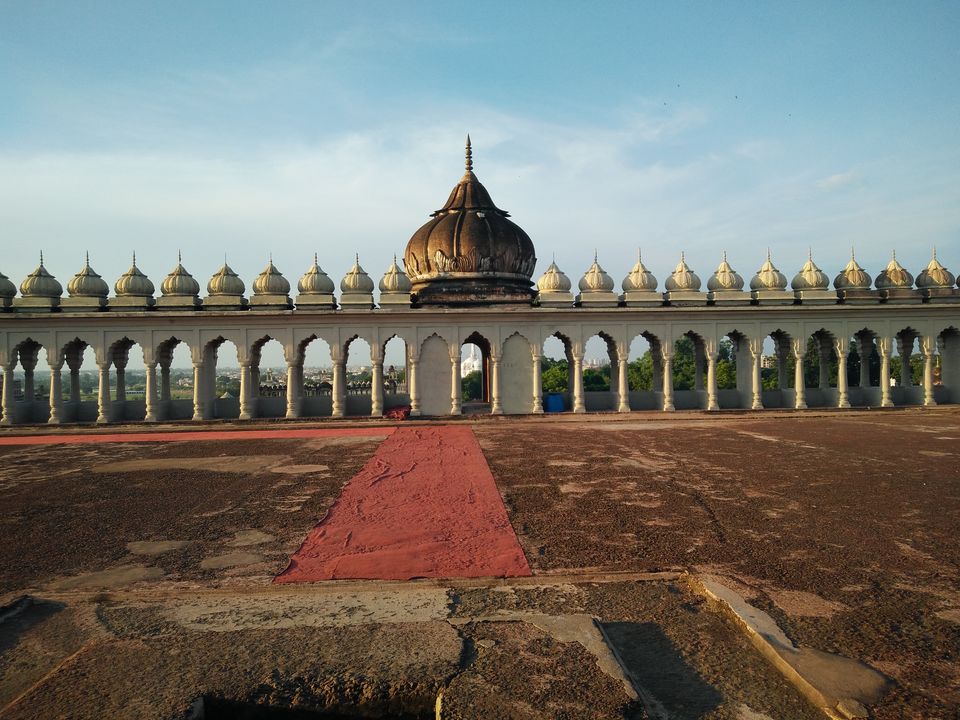 The Bada Imambara(Big) lies in the old city. It was built by the Nawab of Awadh, Asif-ud-Daula in 1784. The complex consists of several buildings. It has a mosque, a labyrinth and a bowli- a step well. The labyrinth, commonly called a maze is one of the main attractions here, it might get a bit confusing to find your way out here with lots of steps, yet people have a great time solving that puzzle. It might become a little difficult if you forget to carry a torch. The Bada Imambara is a great place to see cultural integration in terms of architecture, a Nawab's care for the people of his kingdom and the techniques adopted to ensure maximum security. There is a combined entry fee of Rs. 50 for Indian citizens and with a slight variation for other citizens. There are guides available at a fixed cost. Just outside the Imambara there are small shops where there are goods sold which are made out of camel bone.

From the Bada Imambara , it's easy to get a shared rickshaw for Rs. 10 per person to the Chota Imambara(Small). On the way do not forget to stop at the clock tower and the picture gallery which has paintings of the Nawabs who ruled the city. 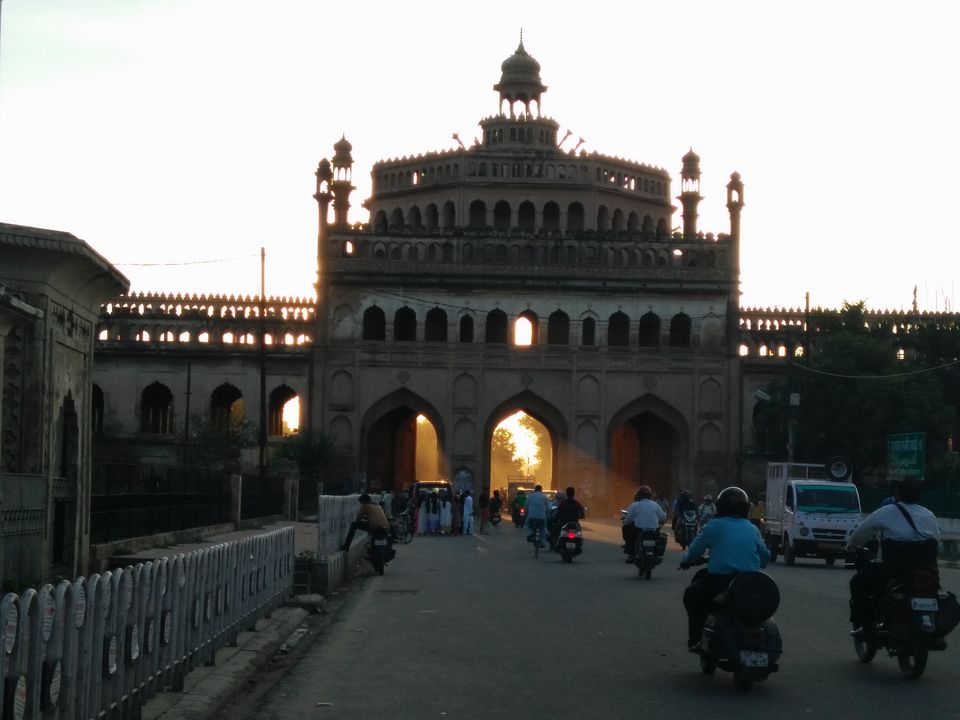 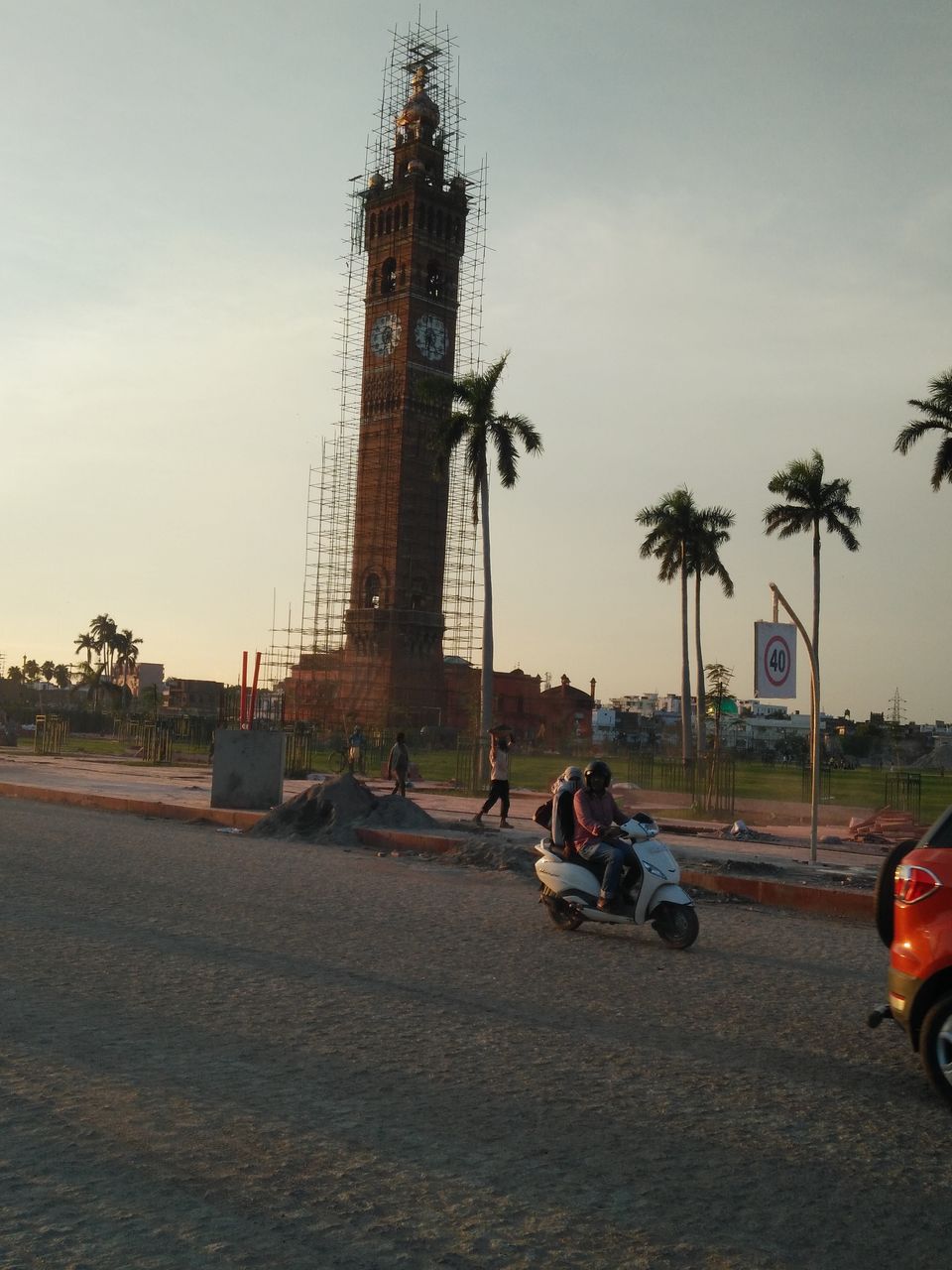 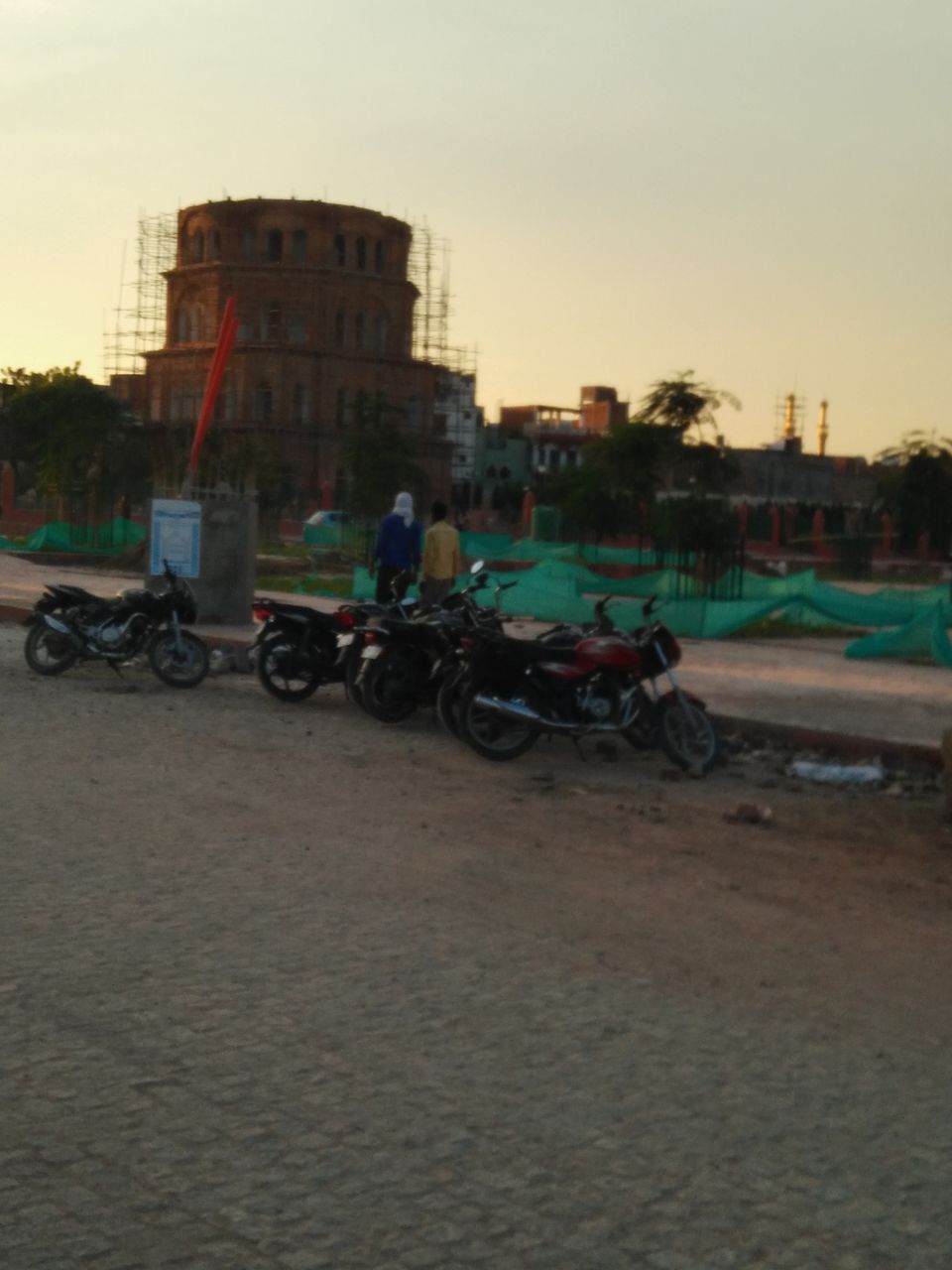 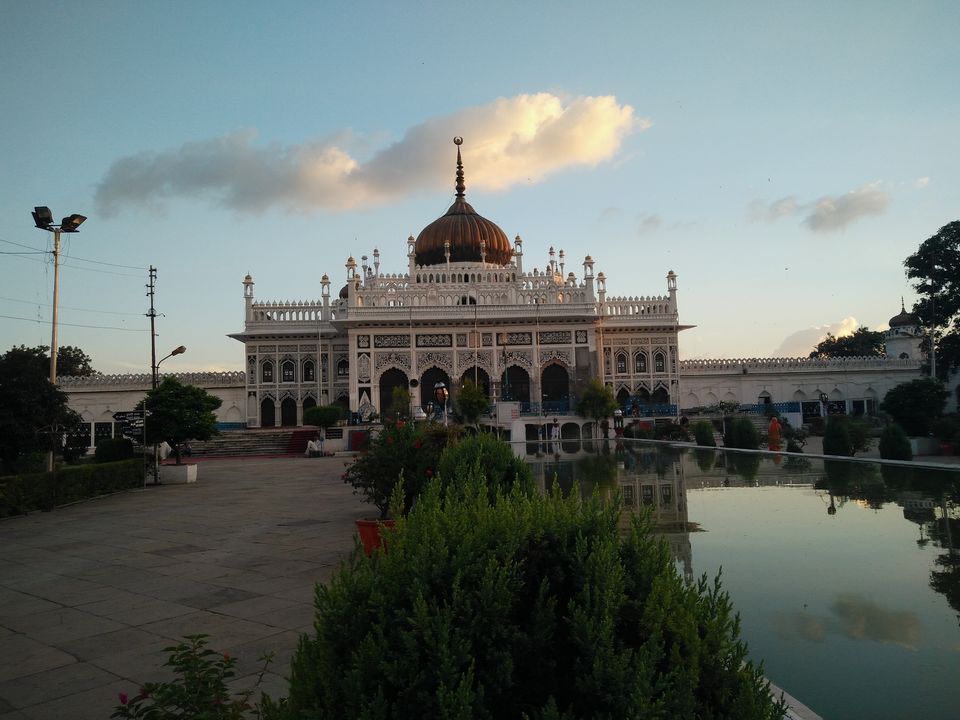 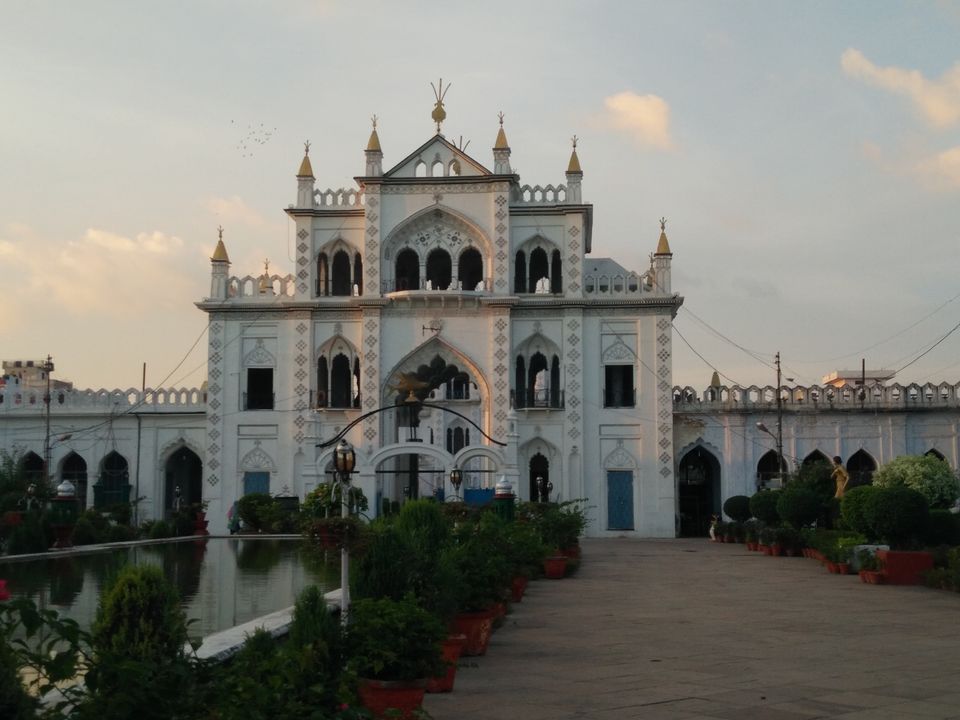 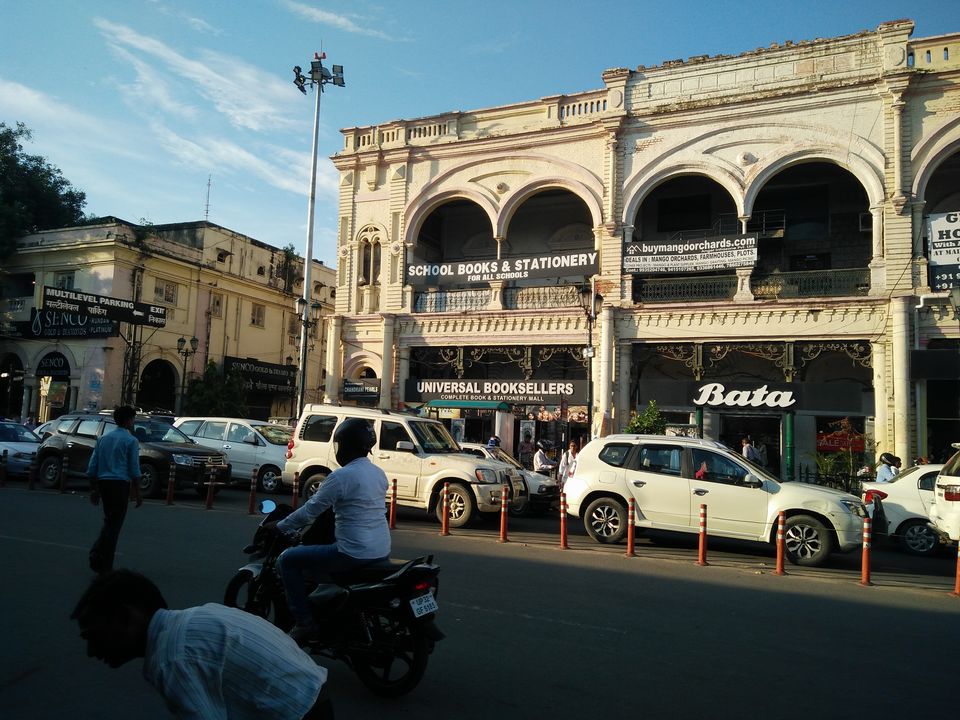 The Chota Imambara(Small) was built by Mohammad Ali Shah. The Chota Imambara has a beautiful garden, and feels like heaven when the lights are lit up. There are replicas of tombs inside the Imambara. Incase you haven't seen the Taj Mahal, you will get a view of its replica here. 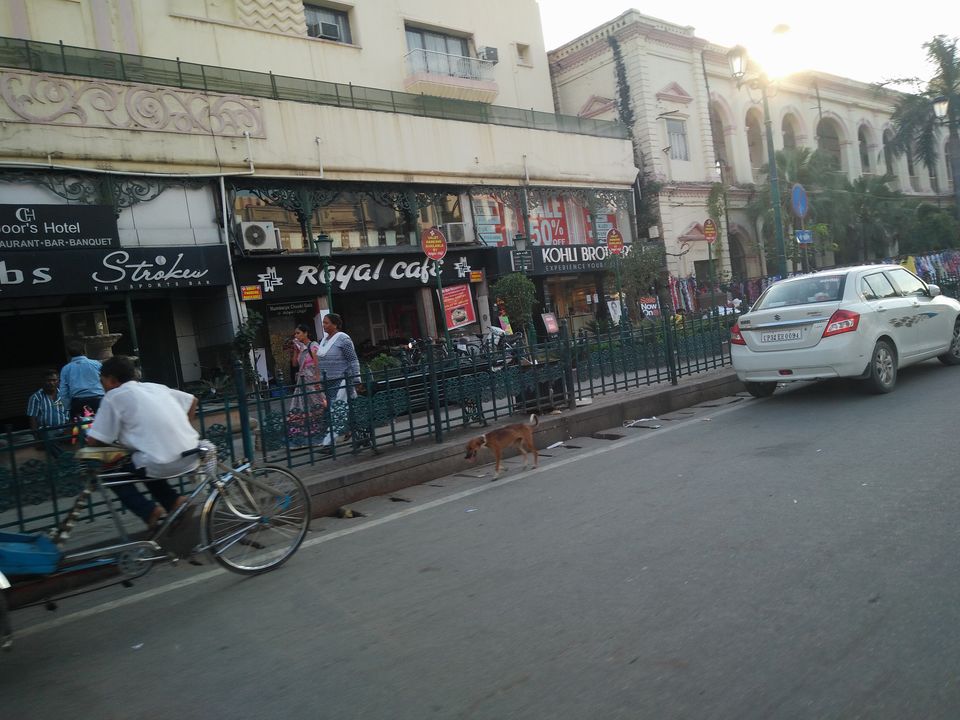 Hazratganj lies in the new city. It is the city's main market. It is a crowded street with various shops, eateries and a movie hall. Hazratganj falls in the new city, as mentioned earlier, here you'll find street shops as well as famous showrooms. This is also a great place to buy the famous Lucknowi Kurtas with chickan work. The street has numerous stalls where they serve different kinds of traditional Indian street food, a taste that your taste buds can never forget. 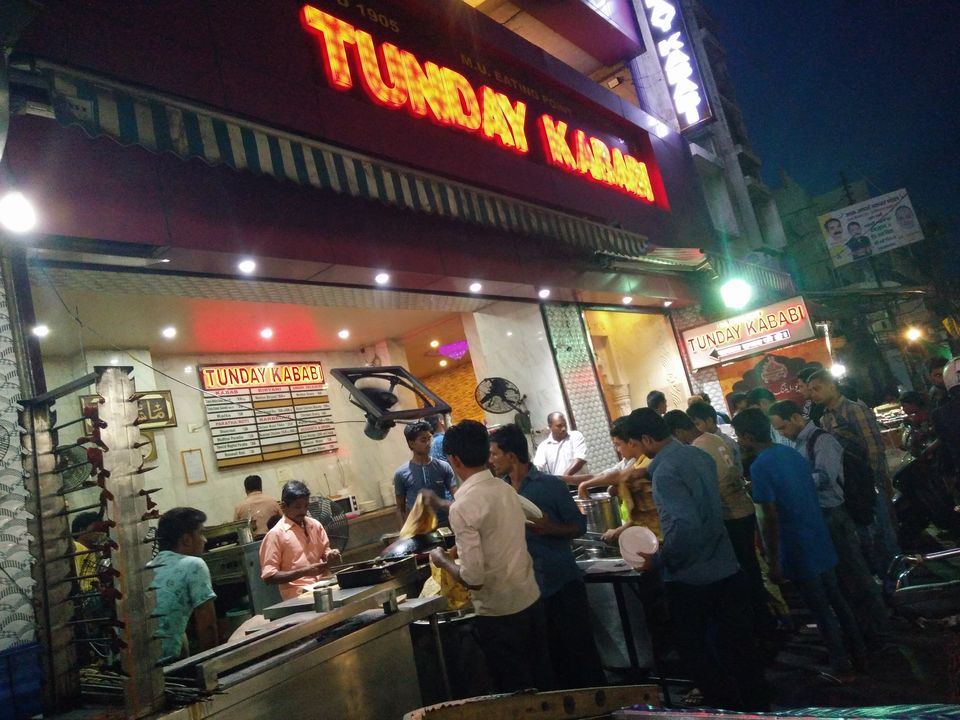 Last but not the least, at the end of the trip do stop by at Aminabad where you can try the very famous Tundey Kabab, vegetarians do not be upset there is a shop right opposite Tundey Kabab called Ram Mithai Center which serves equally good vegetarian kababs and vegetable biryani.

Lucknow, may be divided but when you see it as a whole the city has a great combination of the old and the new. The heritage shows a perfect blend of various religions and forms of architecture.This city deserves to be seen as every street has its own story to tell.

Dr. Bhimrao Ambedkar Samajik Parivartan Pratik Sthal popularly known as Ambedkar Park lies in Gomtinagar, Lucknow. It is constructed in red sandstone. It is huge and a perfect place to be during a cool windy evening. The park looks even more beautiful at night when there are lights which give the park a grand, royal look all together. It is beautifully planned and constructed by Shrimati Mayawati during her tenure as the chief minister of Uttar Pradesh. The place is easily accessible by autos and cars and has an entry fee of Rs. 10.

best hotel in lucknow near airport, places to visit in lucknow with friends, weekend getaways near lucknow, lucknow trip, offbeat things to do in lucknow