Madhya Pradesh is majestic, grand and a state that has the best of both worlds, touristy and offbeat. The tourist places in Madhya Pradesh consist of architectural and heritage wonders with palaces, forts, temples, mosques and stupas. While everyone knows of the beautiful temples in Khajuraho and the stupa in Sanchi, there are few unknown gems hiding in plain sight that reflect the grandeur and glory of MP's past in a magnificent manner. Small towns like Datia, Orchha and the fort of Garh Kundar, are repositories of ancient history, heritage and culture, and the best possible places to witness the wonders of Madhya Pradesh's unexplored corners.

By air: The best way to fly in by air would be to take a flight to Gwalior and take a cab from there onwards to Datia, Orchha and Garh Kundar. Taxis start from ₹3,000 per day for a sedan.

By rail: Datia has a railway station and is well-connected to major Indian cities by railways. You can take a cab from there to travel to Orchha and Garh Kundar.

By road: The highways in Madhya Pradesh are decent and you can travel by a car very comfortably and easily.

Getting around the tourist places in Madhya Pradesh

When visiting Datia, Orchha and Garh Kundar, the easiest way to travel between cities and within cities is by a car. You can hire a local taxi from the hotel or from the MP Tourism booth at the railway stations or airports.

Datia - Orchha - Garh Kundar Fort: What to see and do

Why Visit This: A 7 storeyed architectural spectacle that is solely made from bricks and stones.

Why Visit This: A town that seems frozen in time.

Why Visit This: Witnessing in ruins, the stories of a glorious past. 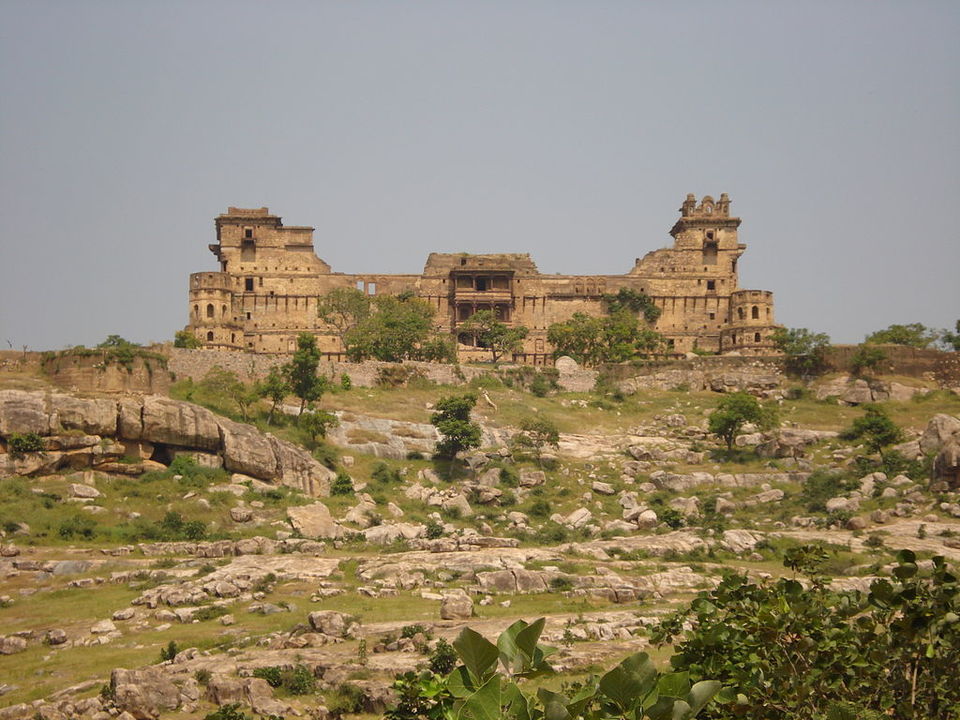 Datia is a city with extreme historical significance. Dating back to the times of Mahabharata, Datia is a place where there are numerous temples and a 7-toreyed palace that defines the city's skyline. Datia Palace stands tall in the centre of the city, with arches, chattris and oriel windows defining its exterior, and intricate Bundela paintings beautifying the interior. 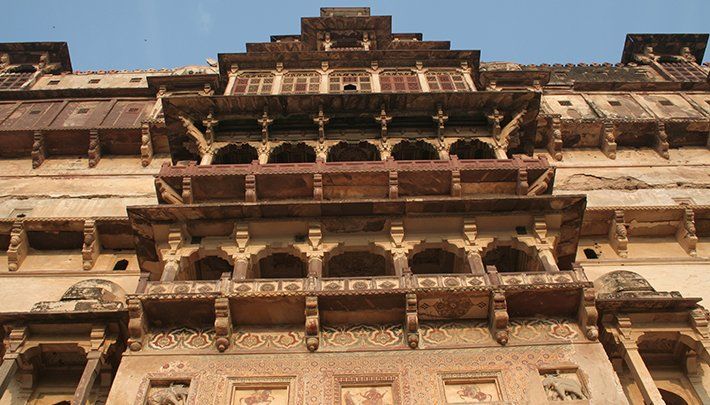 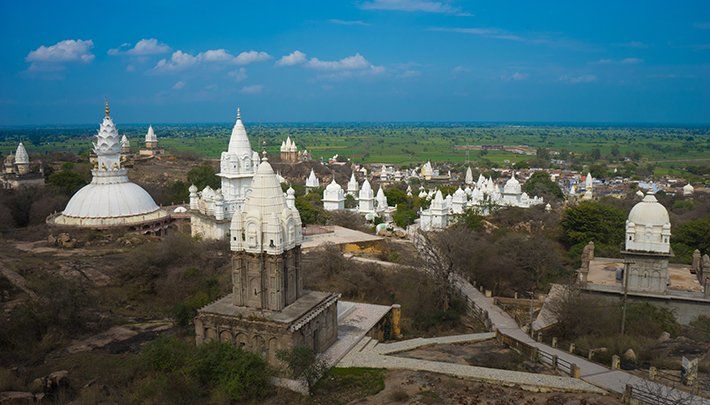 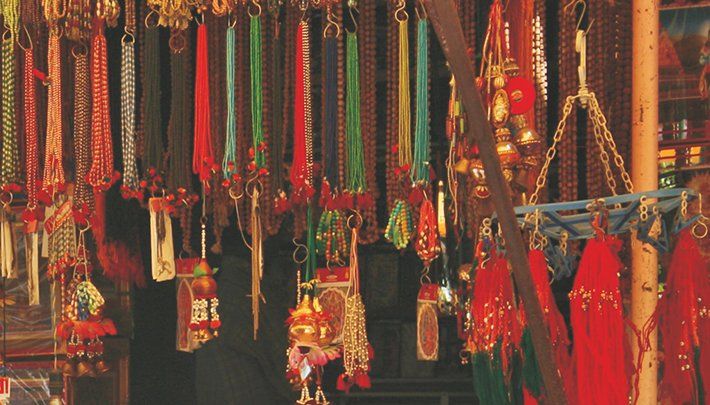 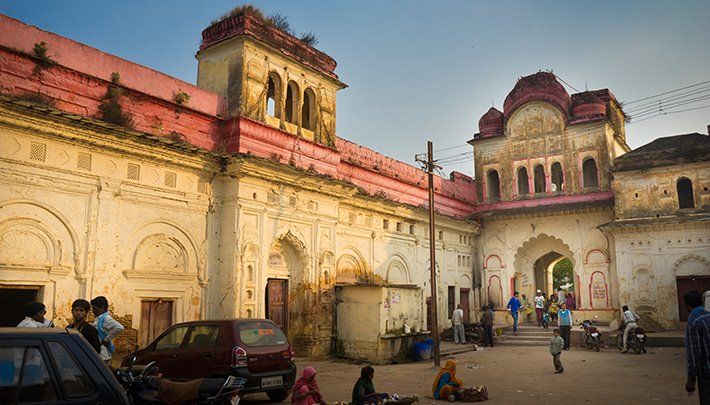 You can start the day in Datia by visiting Datia Palace, an archeological wonder built entirely of stone and brick. It is considered to be one of the finest examples of Bundela architecture.

Next visit the Sonagiri temples, one of the most famous Jain pilgrimage sites and tourist places in Madhya Pradesh. There are 77 temples in total. Temple 57, situated on a hill top is the main temple and is considered the most beautiful, with an elaborate artistic spire. The principal deity in this temple is Lord Chandraprabhu, whose 11 ft statue adorns the centre of the temple.

You can stroll around and visit numerous other temples dotted across the city. One of the more popular ones is Unao Balaji Sun Temple, believed to be there since prehistoric times.

Once you are done with the city, you can take a short ride to Peetambara Peeth, situated at the entrance of the city. It is also believed to be there since the time of Mahabharata and the presiding deities here are Bagla Mukhi Devi and Dhumawati Mai.

From Datia, drive onwards to Orchha. It is 61km away and it takes about an hour and 15 minutes to reach by road. 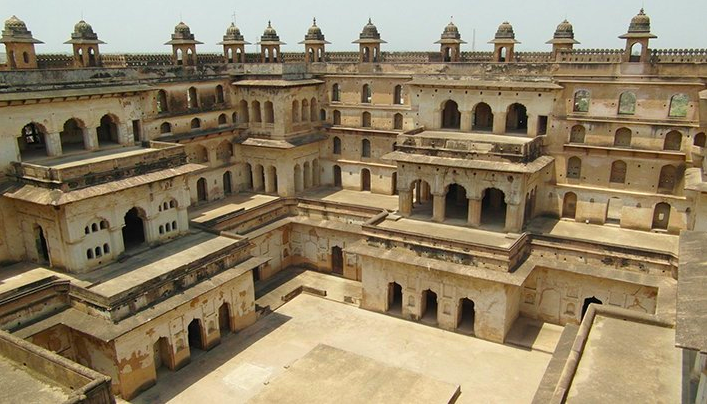 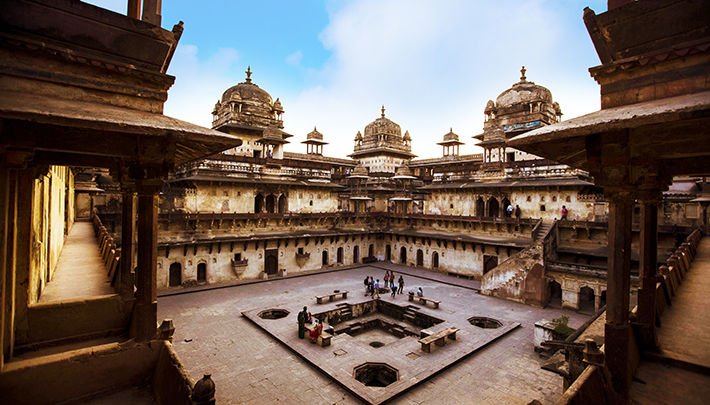 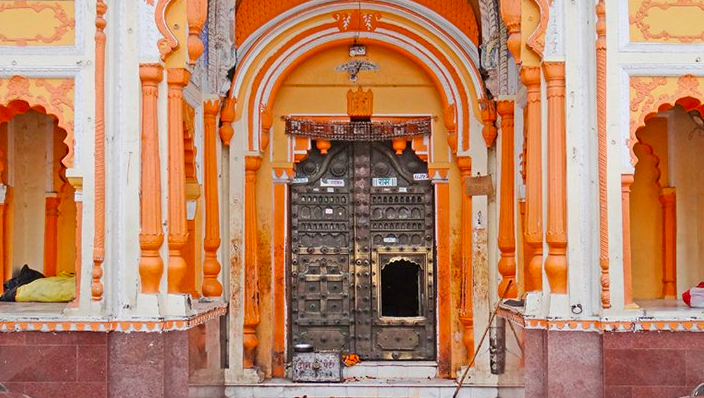 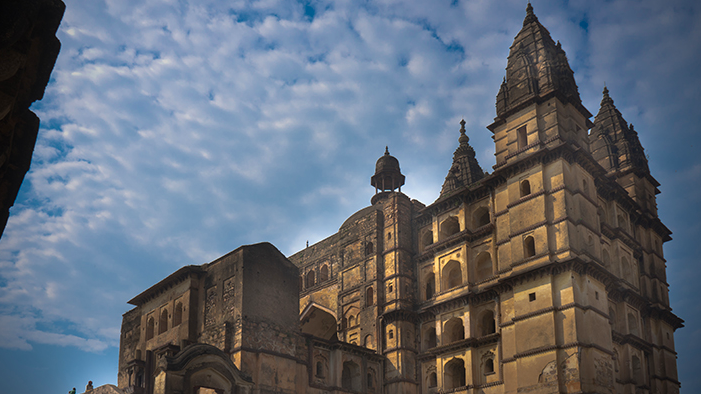 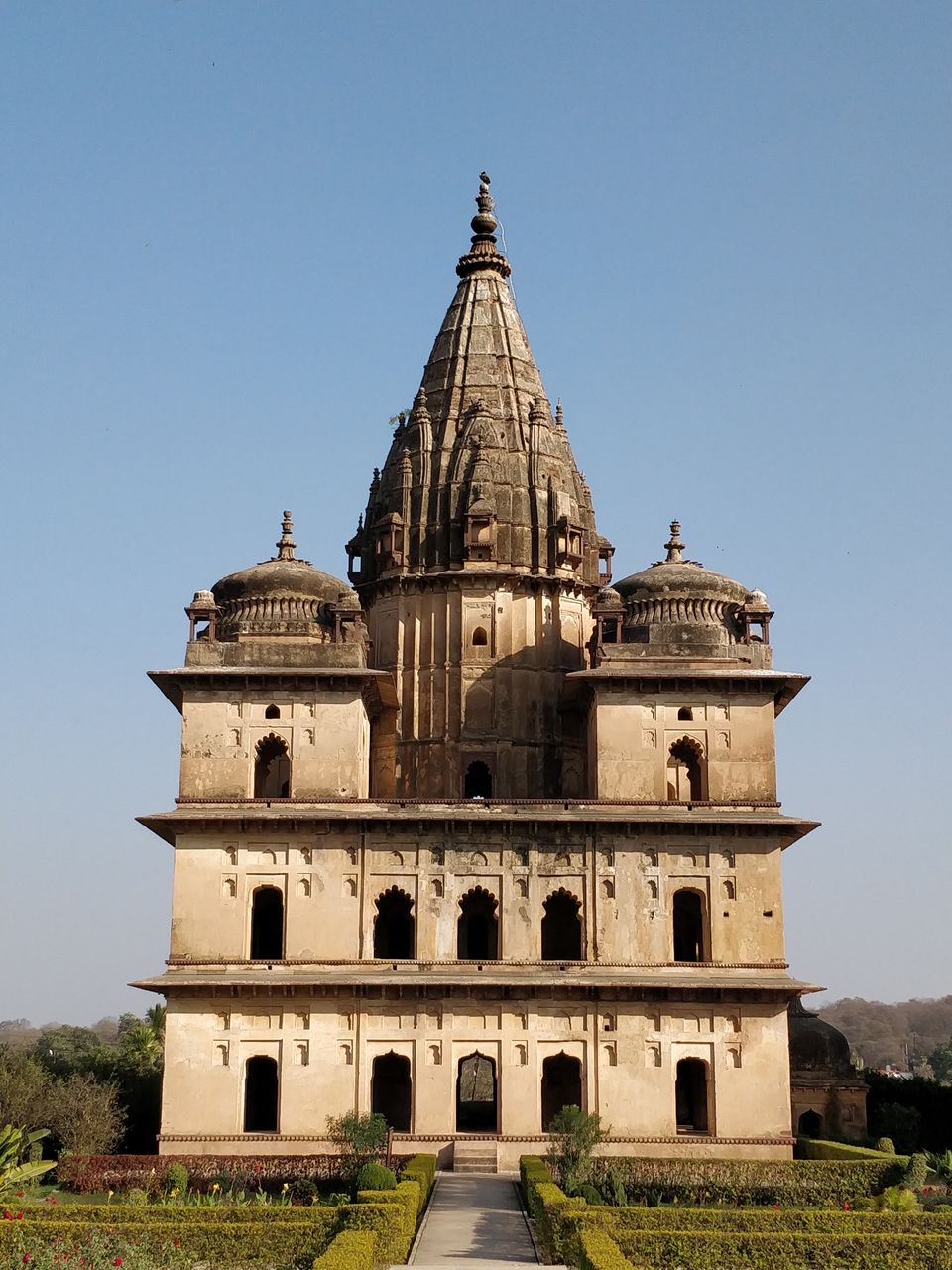 Orchha, a town on the banks of river Betwa, looks like you are seeing everything from a tinted sepia filter. The monuments are still golden, the roads are still small and the people are warm and welcoming. Orchha is easily a trip back into time where the sights still stand tall, retaining their original grandeur even to this day.

Start your day by visiting Orchha Fort. It is a big complex with three palaces inside. Raja Mahal is the first palace you encounter as you enter the grand Orchha Fort. It was the palace where the erstwhile kings of Orchha resided. Next is Jahangir Mahal, built in honour of the then Mughal King, and ruler of India, Jahangir. Last is the Sheesh Mahal, a guest house of the kings, now converted into a heritage hotel.

Next, visit the Ram Raja Temple. This temple is home to Lord Rama, and has an interesting history behind it. The idols of the temple were meant to be placed inside the magnificent Chaturbhuj temple next door. However, according to the legend, once the idols were placed on the ground, it was impossible to them and that was what led to constructing a makeshift temple around it, the Ram Raja temple. It is pink and yellow in colour, with an excellent courtyard tiled with marble. No cameras or bags are allowed inside.

Opening hours: Sunrise to sunset. However, it is closed in the afternoon from 1pm to 3pm.

The next stop is Chaturbhuj temple, built upon a massive stone platform and reached by a steep flight of steps, this was the temple originally built for Lord Rama. The exterior is adorned with lotus emblems and other religious symbols while the sanctum is plain, with high vaulted walls framing it. You can climb stairs on the side of the sanctum, go to the top of the temple and take in a panoramic view of the entire city.

Entrance fees: The same ticket that was bought for Orchha Fort is valid here.

Visit the Chattris or Cenotaphs next, one of the most iconic sights of Orchha. Constructed in honour of its erstwhile rulers, these have now become synonymous with Orchha. There are 14 in total, however 6 are accessible to public. You can climb to the rooftop and enjoy views of Betwa river flowing gently alongside.

Entrance fees: The same ticket that was bought for Orchha Fort is valid here.

Where to stay: Hotel Sheesh Mahal (₹1790 onwards for double occupancy per night), Orchha Palace and Convention Centre (₹3500 onwards for a night for two). You can check out more options here.

From Orchha it is advisable to go and visit Garh Kundar Fort as a day excursion. It is only 70km from Orchha and it takes about an hour and 40 minutes to reach by road. 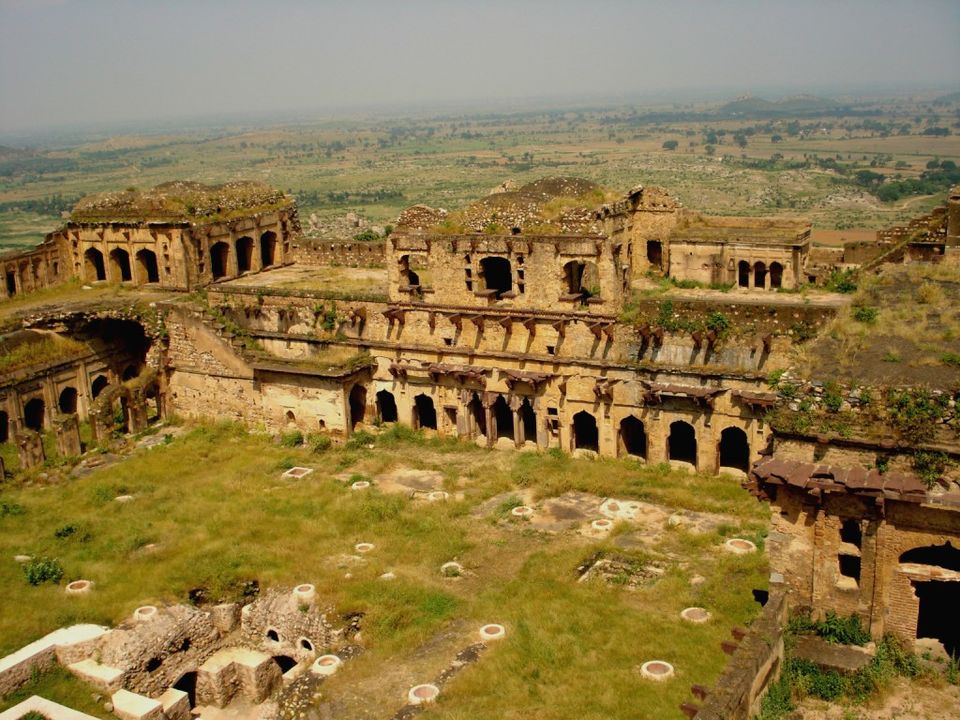 The isolated remains of Garh Kundar Fort quietly narrate the story of a glorious past. Perched on top of a hill, the fort is surrounded by picturesque hills and forests. 150ft high and 400ft wide, this fort has 21 gazebos and is divided into five major blocks. It is built in a manner that every corner of the massive fort is permeated with sunlight. A few rock and pillar inscriptions in the fort, tell the story of Kesar De, daughter of the last king of Garh Kundar, who committed ‘jauhar’ (a self immolation act that queens and princesses of yesteryear committed when their kingdom lost a war).

Major attractions: The fort in itself is the biggest attraction. You can visit Murli Manohar Temple, Rani Ka Mahal, Raj Mahal and the horse stables, all inside the fort complex.

Where to stay: It is best to visit the fort and surrounding area as a day excursion from Orchha as there are no places to stay around here.

Have you been to any of these beautiful, historical tourist places in Madhya Pradesh? Share your experiences on Tripoto and help a community of more than 25 million people lan their next vacation.

In association with Madhya Pradesh Tourism