Meenakshi temple
When was the last time you saw an elephant ?
Okay so, when was the last time you saw an elephant inside the temple! That's explains my experience in Meenakshi temple in Madurai. These temples are one of most magical and mesmerizing things i have ever seen, Architecture is beyond explanation and it is beautifully reflected in the way people celebrate this by the beautiful tradition. I still remember I was standing seeing them use all their beautiful instruments and suddenly we were informed to give space for a bull and an elephant, which is most beautiful decorated elephant I have ever seen. "Meenakshi" name comes from a Sanskrit term meaning "fish-eyed", derived from the words mina ("fish") and akshi ("eyes"). The entire temple occupies around 45 acres, with each side having an entrance of its own. Madurai Meenakshi temple’s history is as old as the history of the city itself.

The temple  design is based on five senses of human body see, hear, smell, taste and touch as five bigger entrances and it has 9 small entrances denote as 9 orifices ( 2 eyes, mouth, 2 nostrils, 2 ear, urethra, anus) it is believed that air travelling through these holes is soul itself! The streets of Madurai are second most interesting thing about the city, these are designed in concentric circles, with temple in center which represents a lotus. 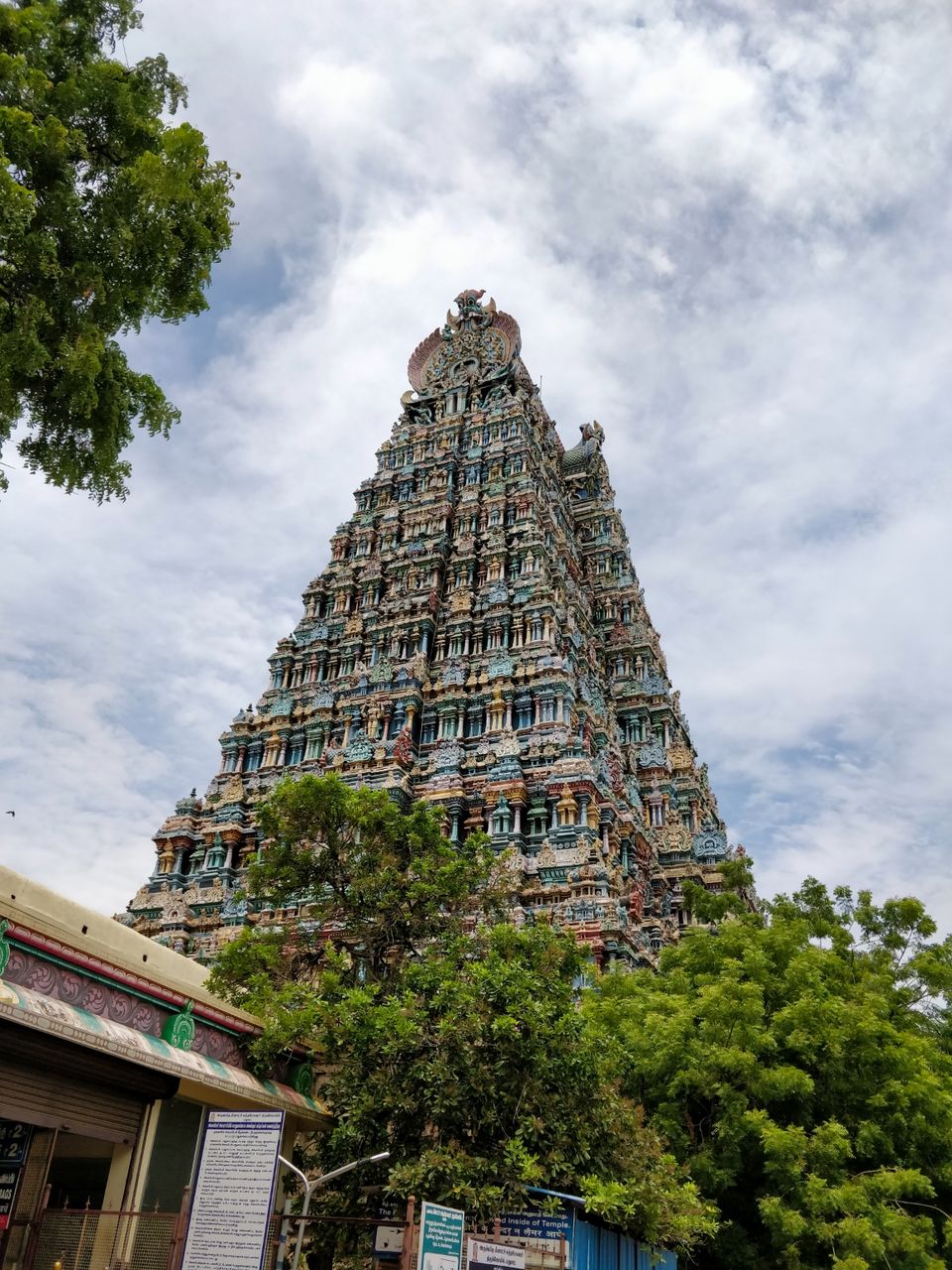 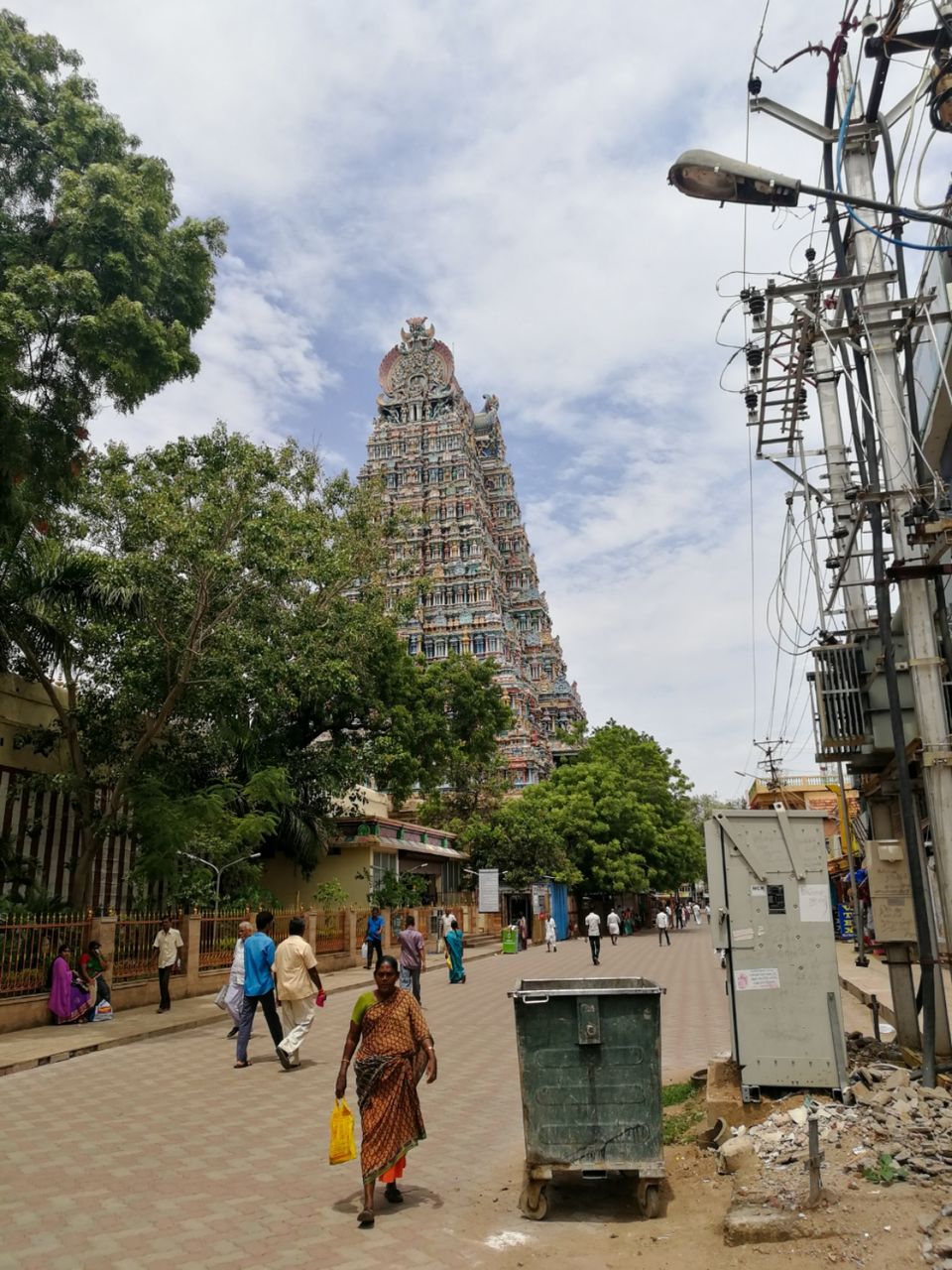 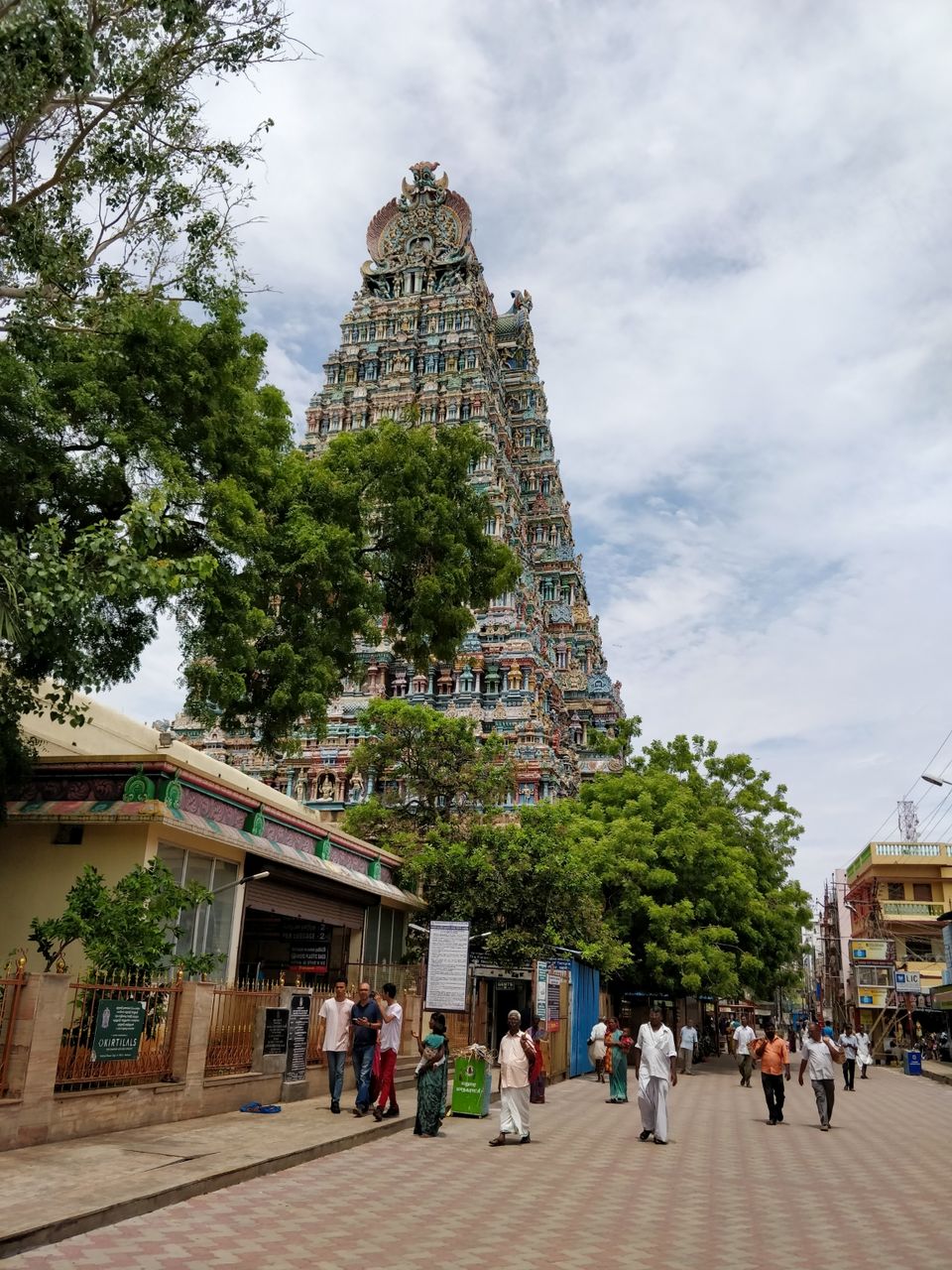 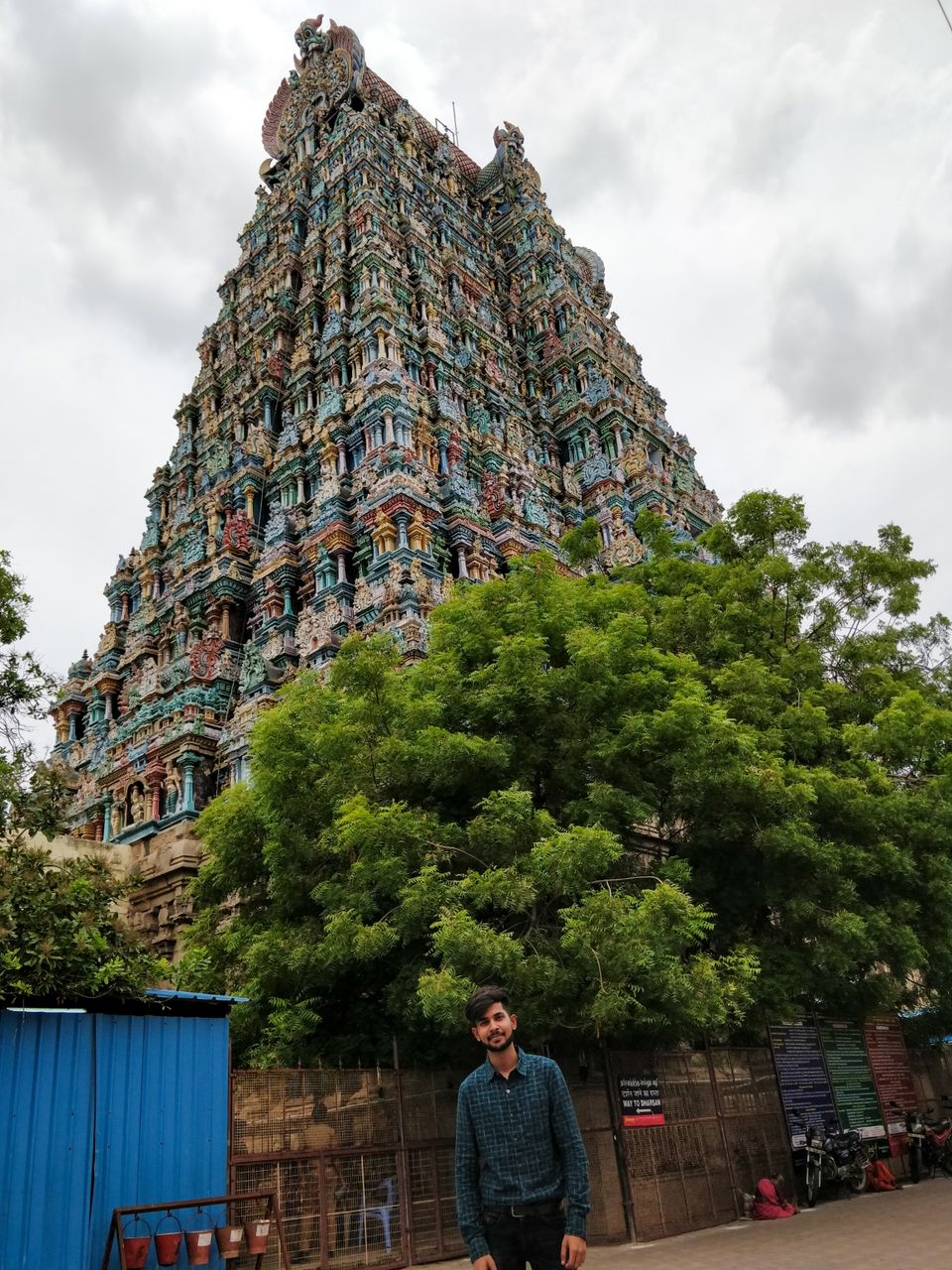