Jejuri - Where The Land Turned Gold 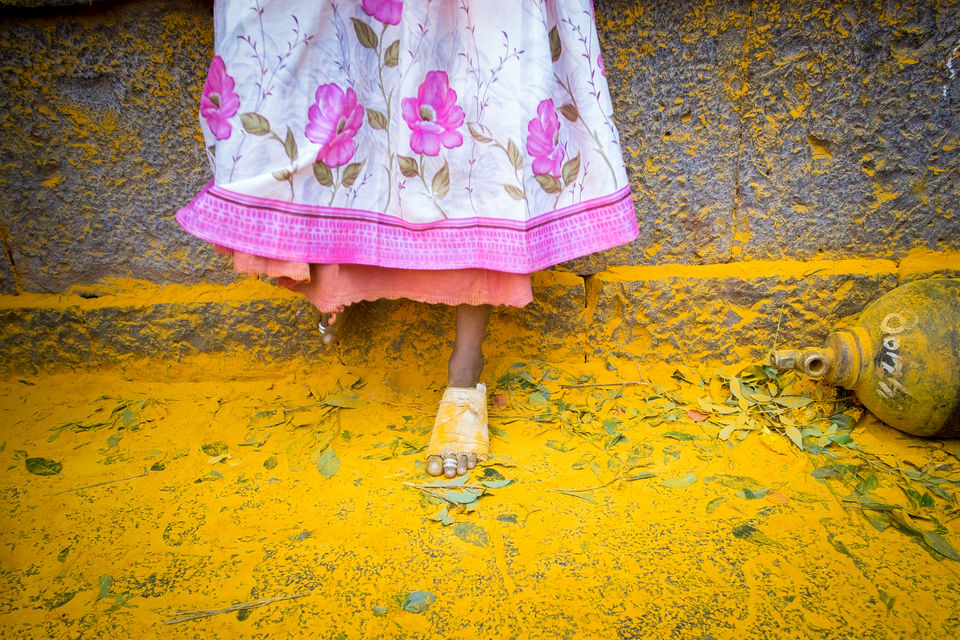 50 Kms away from Pune, tucked neatly on a hillock called Jejuri is the ancient temple of Khandoba. Khandoba per legend is a manifestation of Lord Shiva and this is his main shrine in India. Khandoba is worshipped by a majority of Maharashtrians and in the modern age spiritualism finds significance in Shirdi. Apparently the priest of his temple in Shirdi bestowed the name Sai to the Sai Baba of Shirdi when he arrived in Shirdi at an age of 23.

The legend of Khandoba tells the story of 2 asuras – Mani & Malla being defeated in war by Lord Shiva in his Khandoba avatar. Also known as the Martandya Bhairav, Khanodba is seen in pictures mount on a white horse, accompanied by his wife Mhalsa and a dog.

On auspicious days in Jejuri, devotees from all around gather to pay their respects to Lord Khandoba. A 500 step climb on hard rock needs to be taken from the main entrance at the foothills to the temple. Passing by are small shops selling flowers, coconuts, incense sticks and the usual religious stuff that you need along with one things that marks the whole of Jejuri as special – Turmeric or Bhandara as it is known in the local langauge.

A drive of about 90 minutes takes one from Pune to Jejuri. And this was in peak traffic times so if one leaves early morning, it could be quicker. The foothills of the hillock is inhabited with parkings, small hotels and a series of shops on either sides of the road that leads to the first steps of the climb.

Cries of Jai Malhar rang in the air as devotees began their climb. Through the way I encountered multiple small shrines and shops. All in yellow of the turmeric. Walking up the path, devotees chanted the name of Malhar and smeared the temple precincts with turmeric. Some splashed it in the air and the offering flowed down to rest on the heads of other devotees and the ground. Fervour gave way to celebration as some devotees played a yellow holi smearing the powder on each other, danced to the local dhol walas and pulled others also into the act. An hour’s walk led me to the main temple which is a magnificent structure. All around the temple are statues of Shiva, Vishnu and other deities – all bearing the colour yellow.

The faithful have a way with their faith. I saw devotees praying, some getting the local pujaris to conduct special poojas for them. This is a place where dogs are treated with respect. Some people offered food to the dogs but not before smearing them with turmeric. And the dogs promptly shimmy shake the turmeric off them. Maybe its time for us to think more rationally.

India has been known for its occult. I saw scenes of men whipping themselves and getting into a trance. Once in the trance they would be whipped by other men and after 5 to 6 painful whiplashes be embraced by the devotees.

The occasion was festive to say the least and local folks must have made a ball as they put up temporary stalls for refreshments, souvenirs and most interestingly photo booths replete with Puneri and Maratha head wear, soft toy tigers, horses and backgrounds depicting wars. 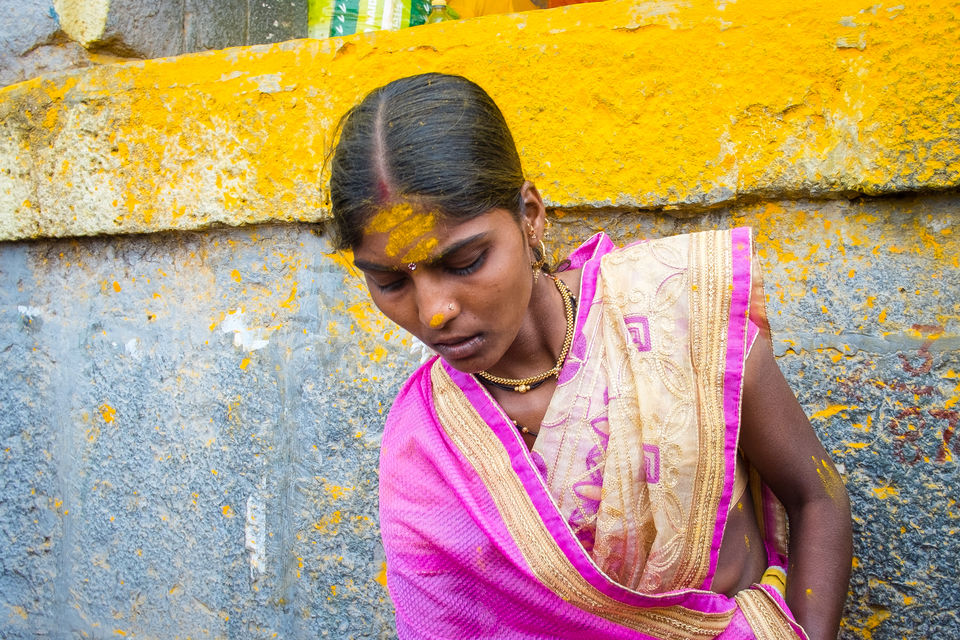 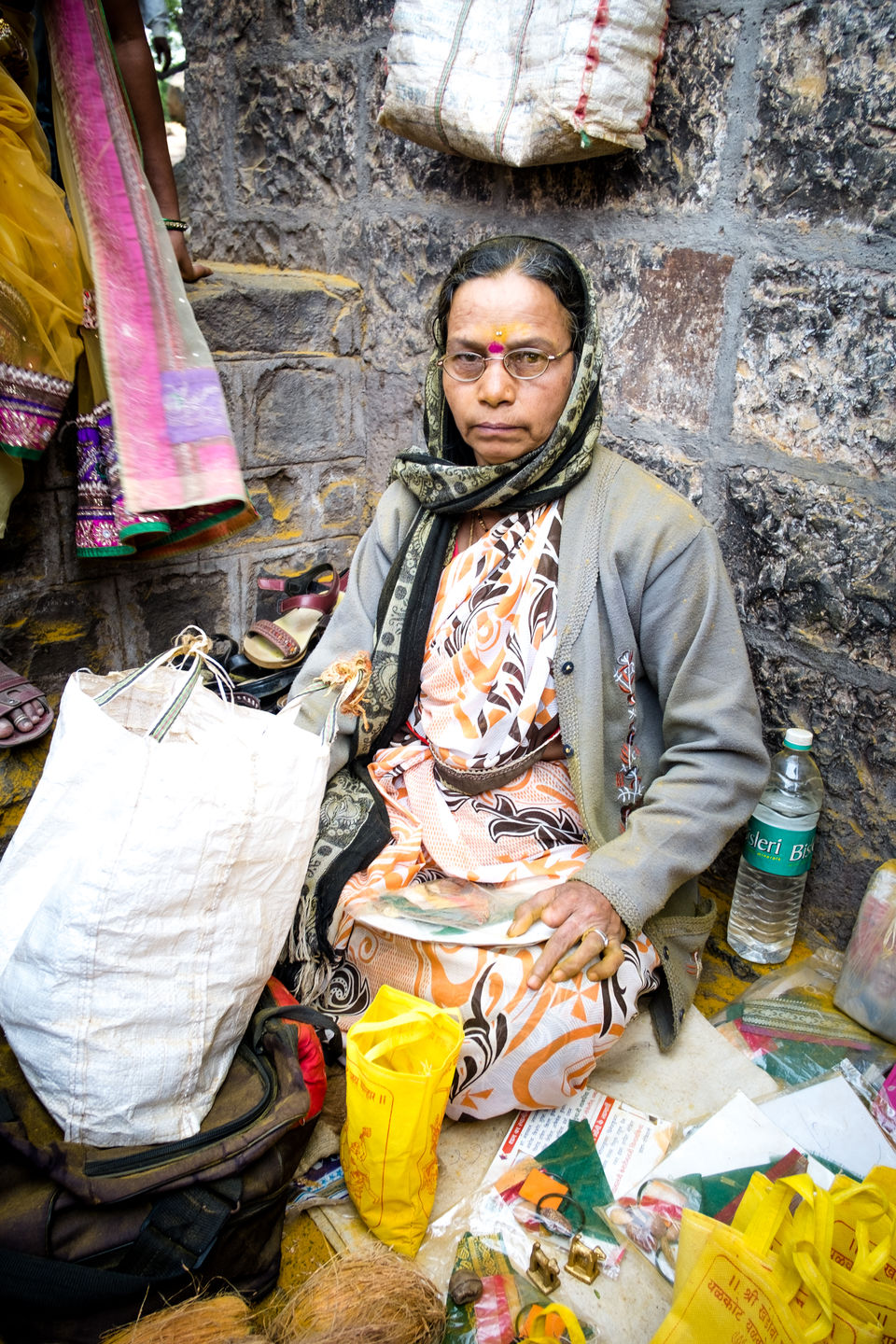 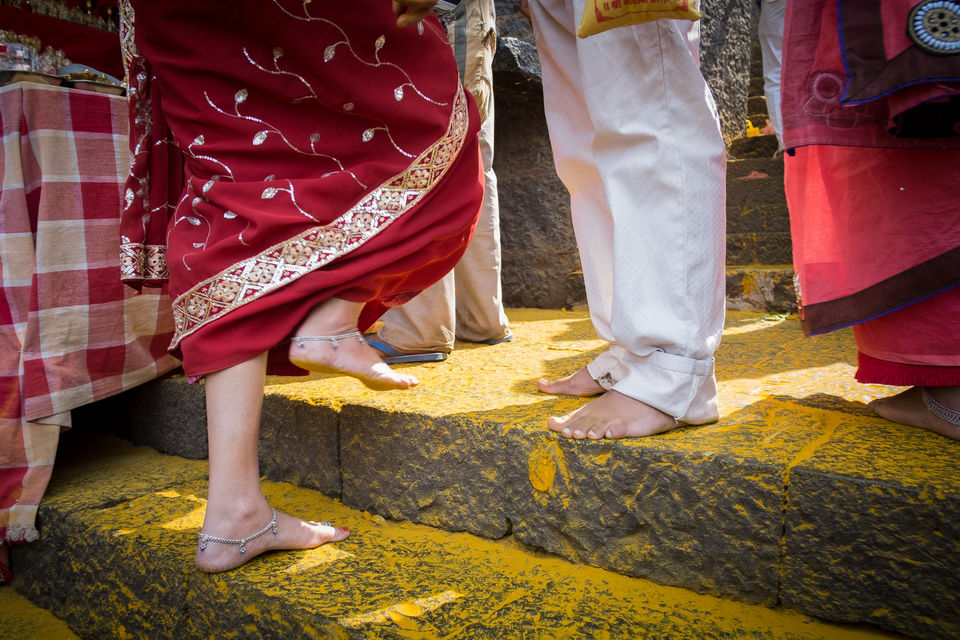 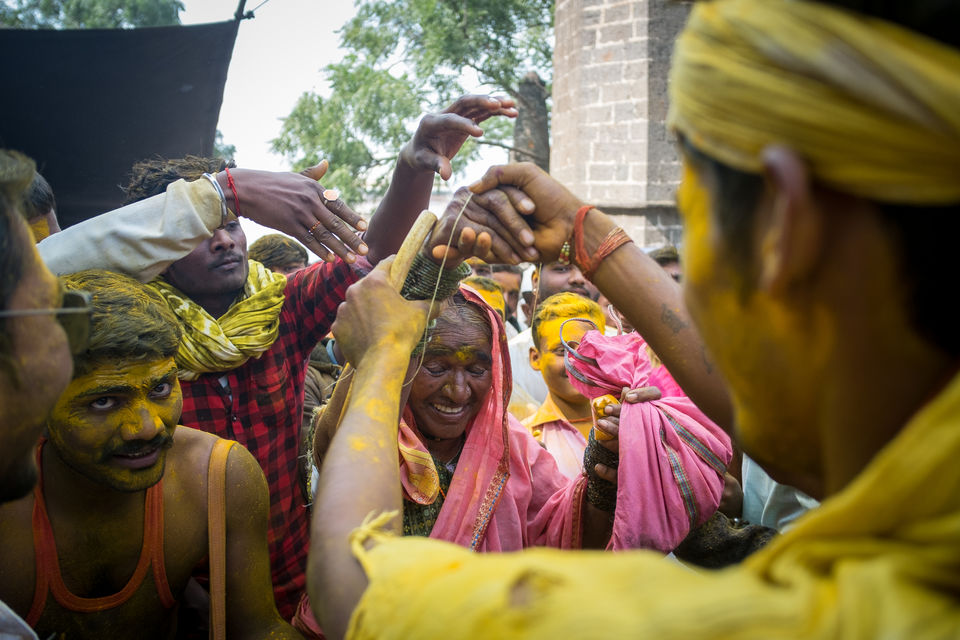 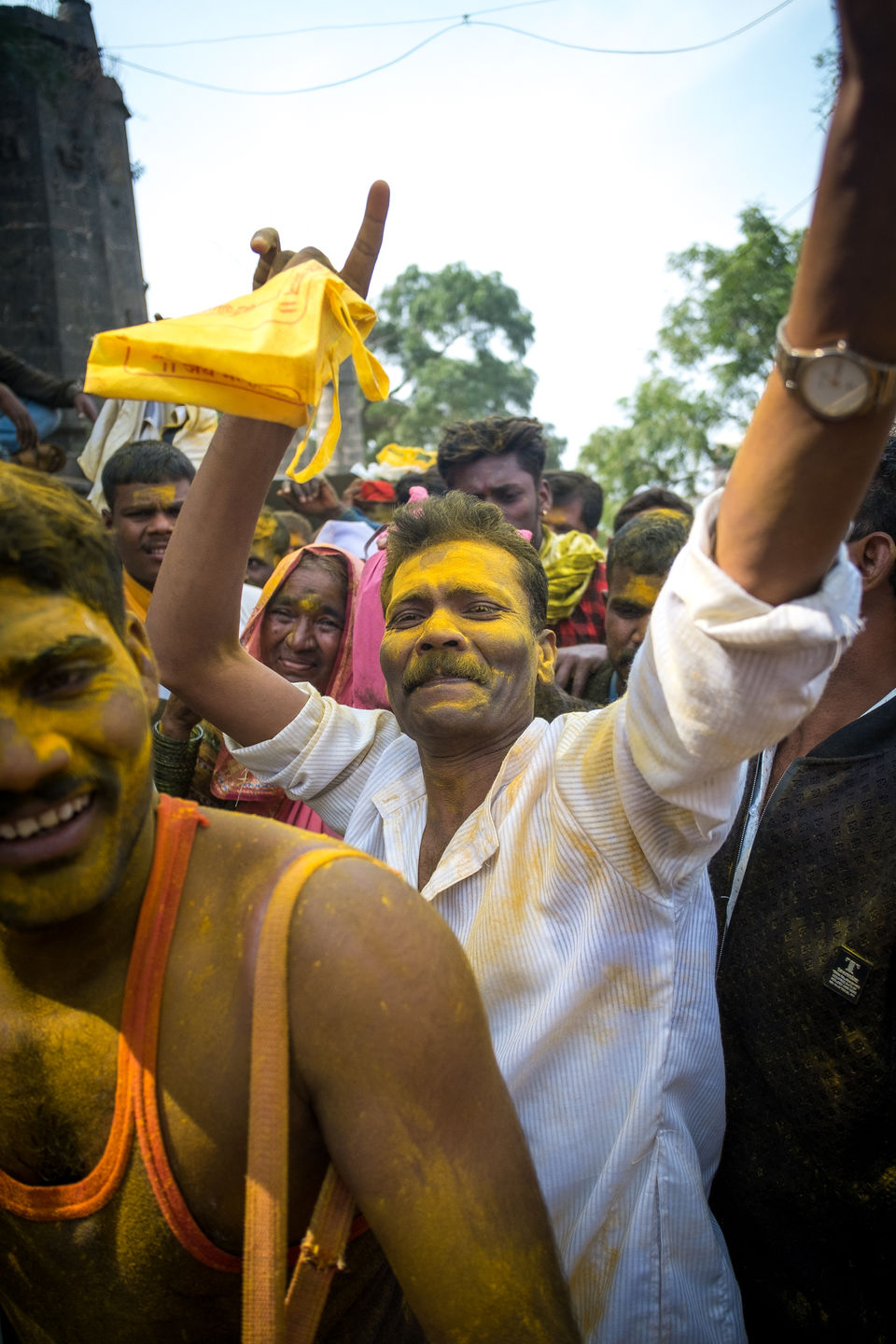 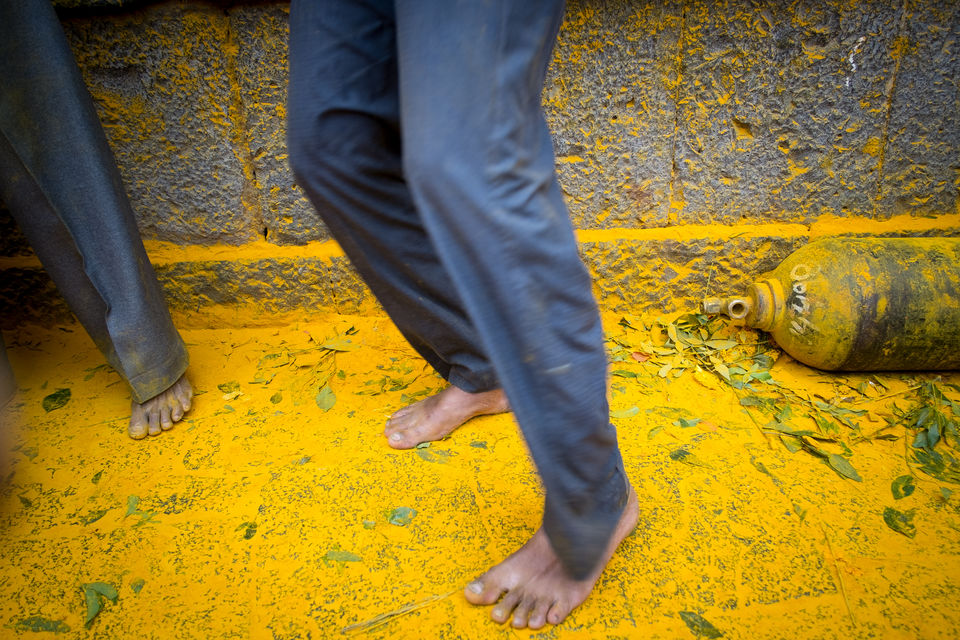 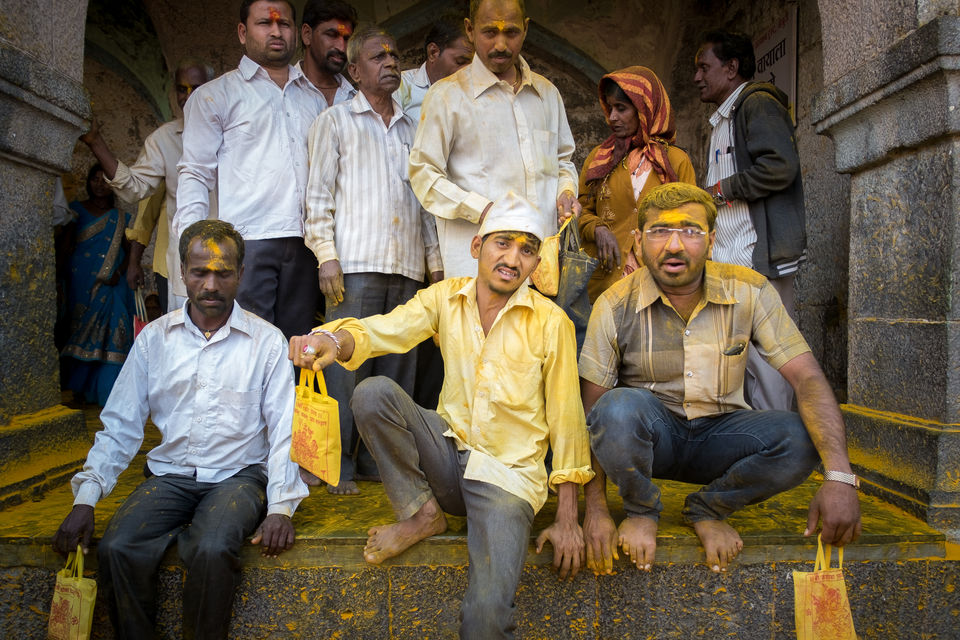 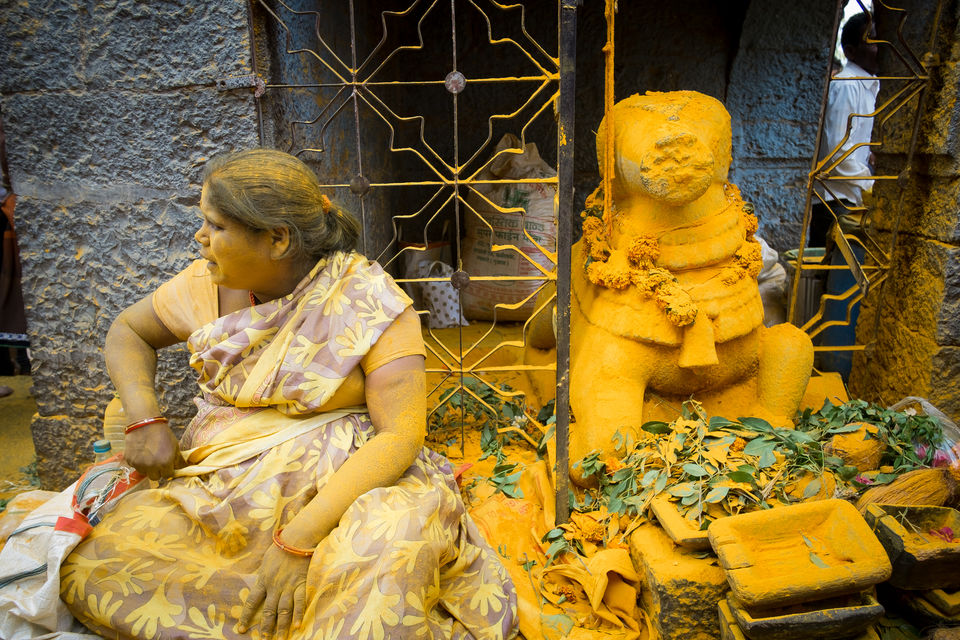 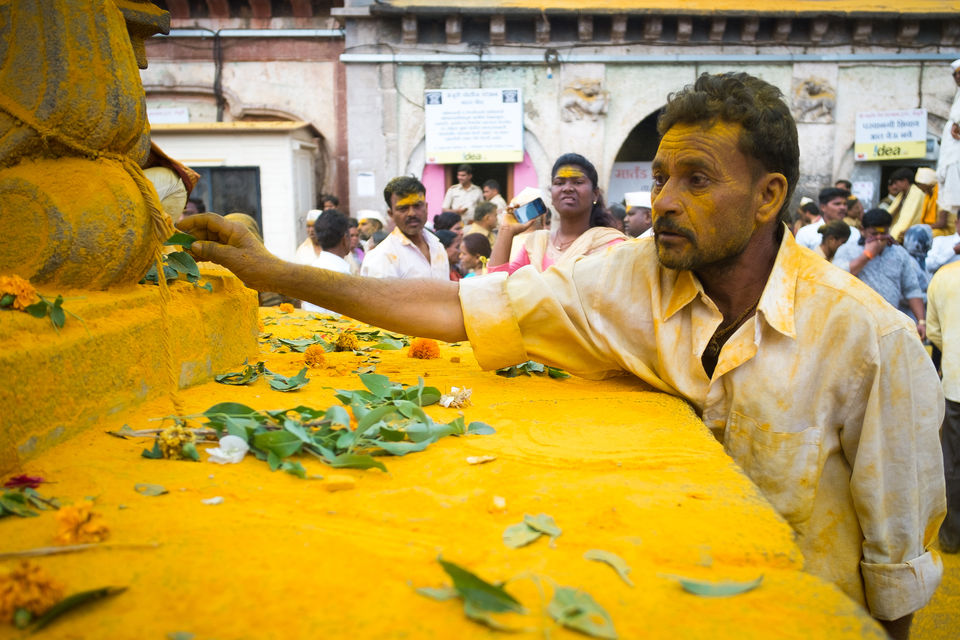 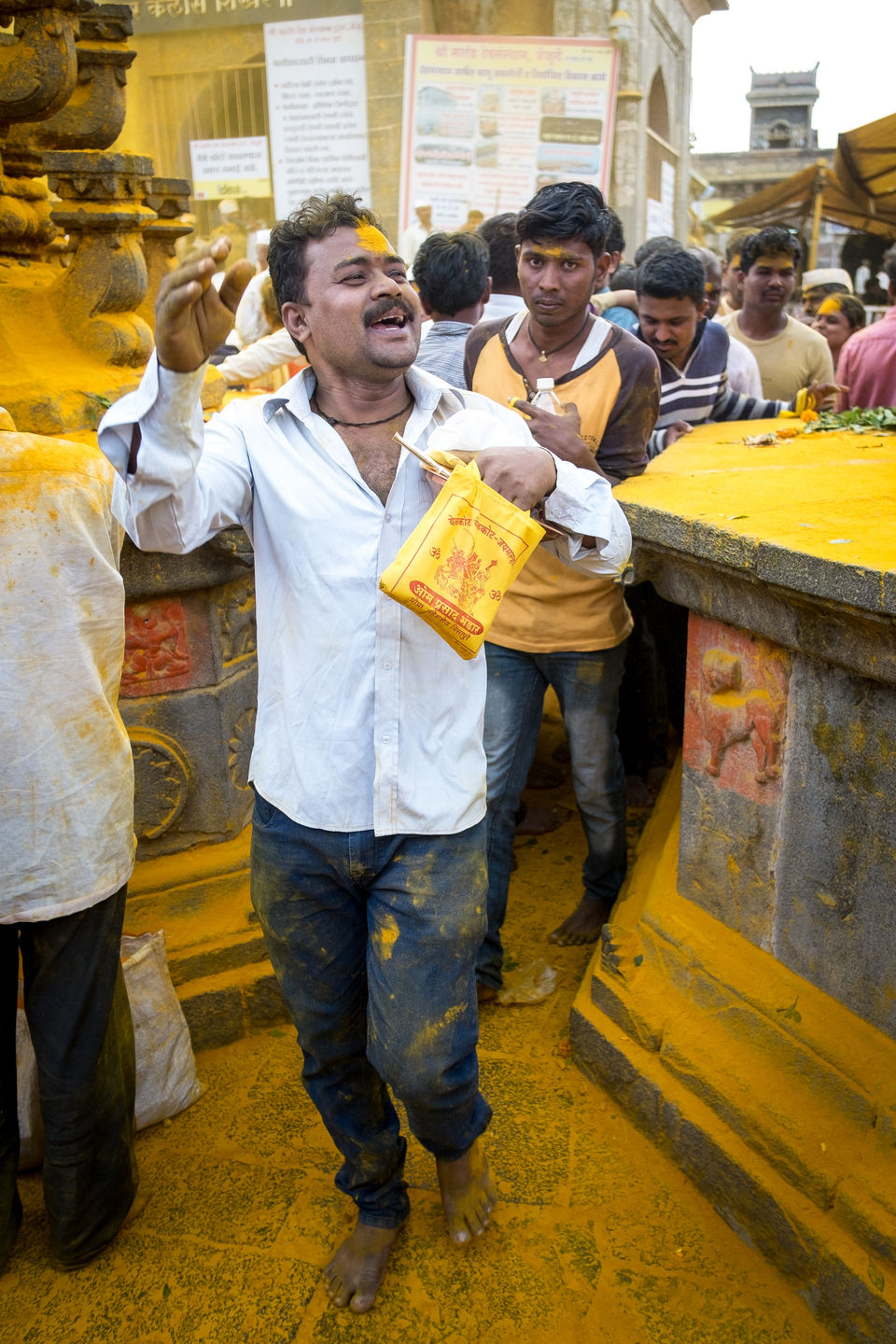