Roads to Heritage - Mumbai to Hampi 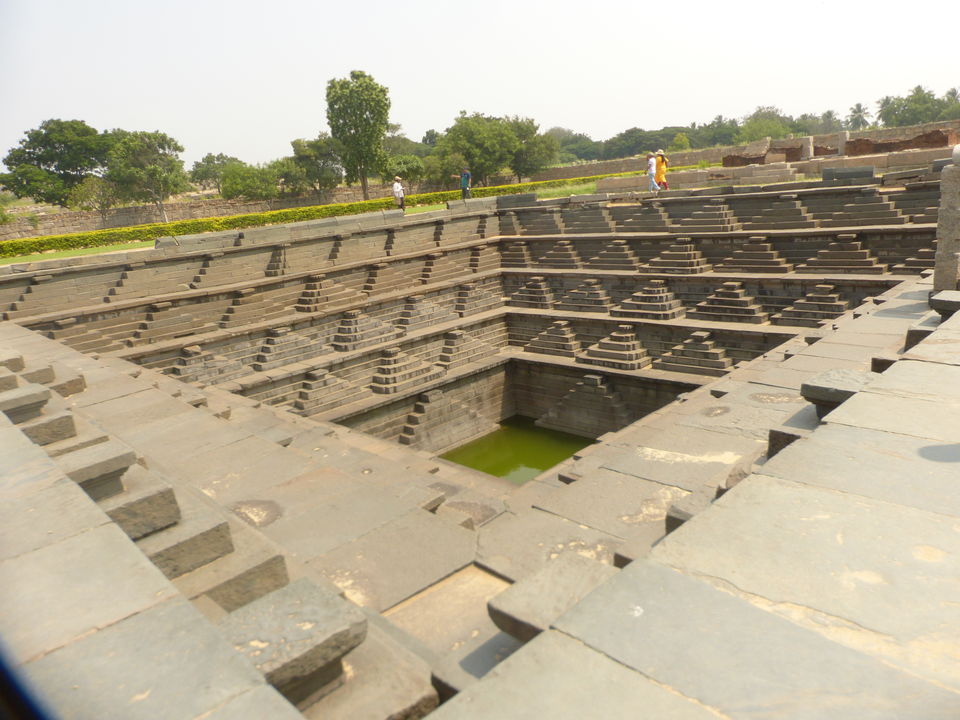 It is been two weeks from the trip and I have finally taking time to pen down the roads that led us to the divine heritage of Hampi. Before the trip I was searching for suggestions on this trip and I never got any concrete plan for drive from Mumbai to Hampi. Here's one for all. It is said that, "More than the destination, it is the journey that matters", I have equally shared the importance to the journey and the destination, that is detailed out the Routes and Expenses in the first half, and the later half covers the marvelous destinations which were explored. If you are seeking a travel tip from Mumbai to Hampi, go through the first half and if you are ready for a good read, you can see the go beyond it.

The Kick Start: Drive through is around 750 kms from Mumbai - Hampi, Karnataka, We were four of us with two expert drivers on a Ertiga VXI (CNG ). We kickstarted from Kharghar, Navi Mumbai at 5.45 am and reached the Hotel in Gangavati, at 10 pm. We had few things to cover on the way, otherwise the driving time way was 11 hours, that includes Tea breaks and Pee breaks.

The Route to Hampi: Been on the Mumbai - Bangalore many times for our earlier trips (sometimes with same buddies) but this time we were on a new voyage, we took the Mumbai - Pune Expressway, which is a well-known road for us, and from there the diversion through the Pune city led us to Solapur and then to make our way to the first destination, Gol Gumaz, Vijayapura. After spending some time at Vijayapura, we continued on the same route to the hotel at Gangavati, Karnataka, which is 25-30 kms from Hampi Bazar.

Road conditions were good overall from Pune to Solapur and then borders of Maharashtra to enter Karnataka saw some rough patch that reduced our driving speed drastically, but once we had entered Karnataka, and the Vijayapura to Hampi patch that we covered without day light was not a problem at all. The surprising bumps that came were irritating, but conditions were ok for us to have a good average speed of 80-100 Km/hr.

In day time, after Pune, for most of the time, we had company of bikers on one lane, and heavy vehicles on the other. You have to take a look at these riders, they need more advice on wearing helmets and safe driving. Not so good sight was the animal corpus all through the drive way, they were hit by fast moving vehicles. And they were many.

On our day back from Hampi, we checked the GOOGLE Maps trafic assitance and decided to enroute from Hampi-Hubli-Dharwad-Karad-Satara-Pune-Mumbai. We still regret on taking this route, due to the amount of trafic we encountered from Karad to Pune. My personal suggestion would be to take an alternative route if the return day is planned on Sunday. The other days wont have that much.

Although the Road conditions were nice, we experienced never ending traffic moving to Pune and Mumbai due to Diwali end weekend and a truck had toppled near Satara that led to closure of flyover and added to misery of all people moving to Pune and Mumbai. The news channels played this news several times of people stranded for hours on expressway. What we had planned was 7 pm touch down to Kharghar, but we ended at 2.00 am. We were delayed by 4-5 hours minimum.

The Fuel Meter and the Toll Charges:

From Kharghar, we got several tolls, that totally amounted to be Rs 850 one way. On our way back, the toll was a not much less, but Rs 750.

The CNG made the expenses look a budget trip, the overall Fuel expenses for 1800 kms came to be around Rs 9000.

The CNG once filled in Mumbai, can be refilled in Pune. There is a HP Pump Station that is by the highway from Mumbai to Pune, if that aint functional, you always have the mahanagar gas station (24 hours) and one more HP, with a bit of 2 kms diversion near the Wakad D-Mart, opposite The Courtyard Hotel.

Before the trip, we had plans to cover various places including Hampi. Bijapur and now called Vijayapura is one of those. The other destination which is spread in 100-200 kms vicinity are Aihole, Badami, Pattadakal. We could not cover the later half.

We halted at Vijayapura for lunch, the place where the Mughals ruled for some good amount of time. The Mughal inclination was definitely seen in the structures which predominantly had dome like features.

Bijapur was the original name, and based on a request from people, it was renamed as Vijayapura few years back , and I would still refer it as "Bijapur" in my article, as I narrate some excerpts from the history.

It is also the place where the most famous Afzal khan, who was known for his strength and valor in the Adilshahi dynasty, my last trip was to the Pratapgarh fort, where he was killed at the hands of Shivaji, and visiting to Bijapur felt like prequel of a story for me.

The city looked crowded and chaotic. We moved slow to our destination Gol Gumbaz, By 1.00 pm, hunger had taken over our minds, and before we made any wrong move, we needed good Mughal Food. Cravings of the Kababs and Mutton delicacy were fulfilled at the Mughal Darbar, 500 m from the Gol Gumbaz monument. We got a place to park just at the entrance. The owner sat at self-glory at a king's throne well lit near the reception down stairs. And all his employees summoned at the the honk to his chair.

We spent some time talking to him when we left and told us more stories of Bijapur and Hampi. 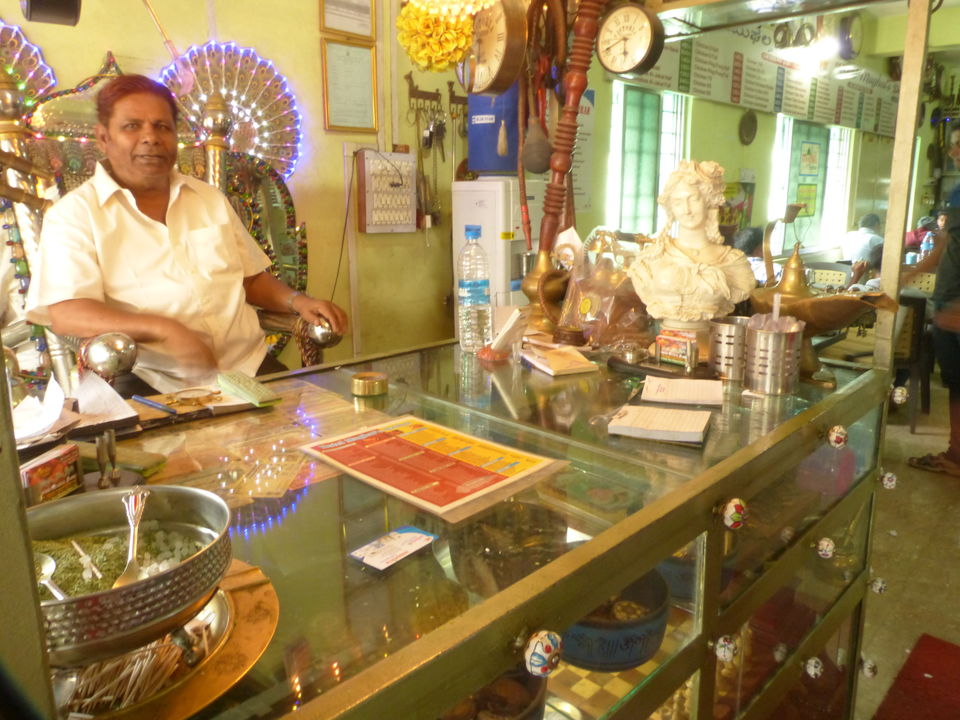 The menu was way beyond our understanding with dishes never even heard before. It was not a thing to worry but get amazed. It is a Mughal yard definately and we were up for a treat. The waiter helped us select some from the menu. I still remember the mouth watery tasty food served over our table and we took our time to enjoy every moment of it.

Sorry! No more pictures clicked. we were busy enjoying the treat. The menu shared below 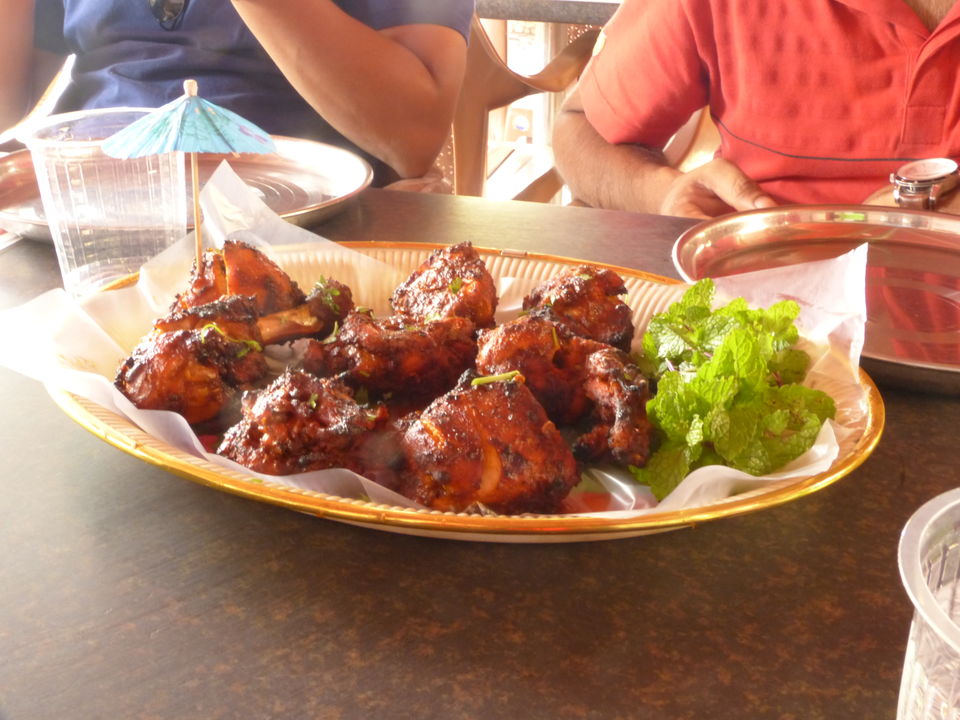 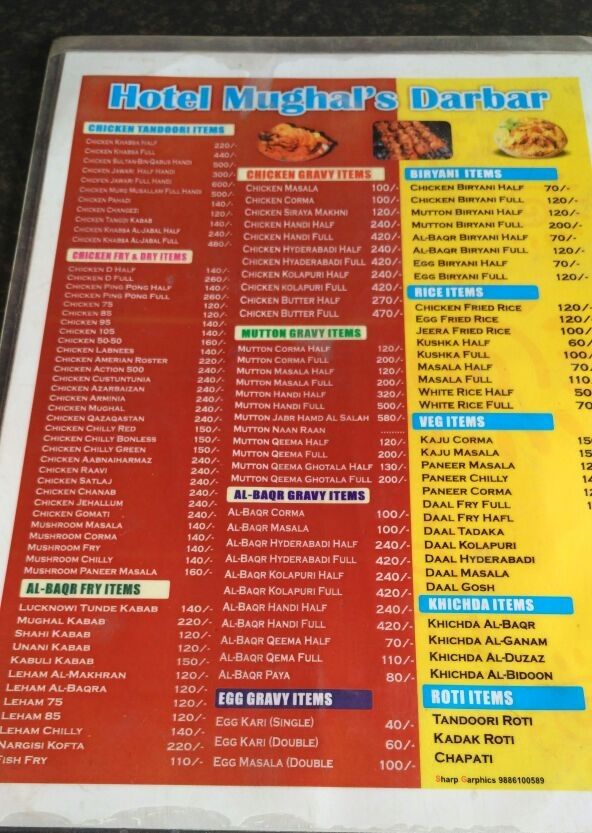 Located in the north Karnataka is a very old structures of the Adil sahi dynasty; the boy who met near the breath taking monument, Gol Gumbaz, which we covered at the last, took us for a Bijapur city tour.

Sorry for not writing much about the chronicles of the destinations. They are already here in many of the articles.

I think I made a good attempt for helping the Mumbai folks to reach the destination.