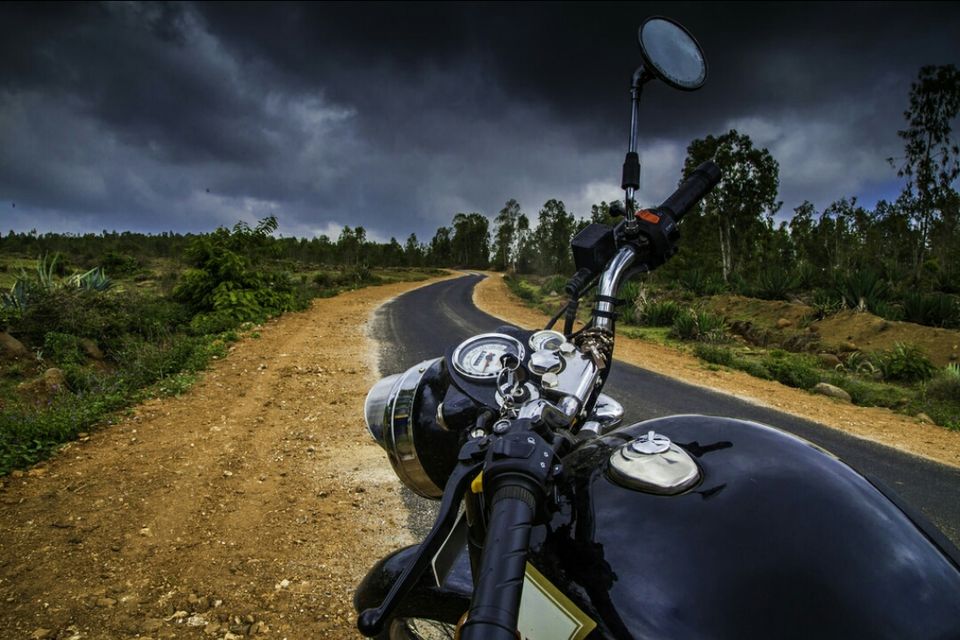 We started off from Bangalore at 0500 Hrs on a Royal Enfield Classic 350, exuberant about the prospects this journey has on offer. One hour and 40 Kms later we stopped for our first tea break on Mysore Road. It had lesser traffic, which is not the case on a typical Saturday morning. Comfortable cruising for another hour and we reach Right-O, the popular food joint for a much needed breakfast. We take a good half an hour break and continued our journey towards KRS Dam.

There is a popular saying among all the travelers "Sometimes the most scenic roads in life are the detours you didn't mean to take". Hence we decided not to miss any scenic road today and took a detour through the interior village roads of Mandya. We initially spotted numerous bagasse processing units throughout the route. I was fascinated by this and wanted to have a closer look into what was happening there, but my travel partner seemed to be unimpressed by this idea and a bagasse making unit seemed just 'Normal' for her. We kept cruising at a speed of 50-60 Km/h rejoicing the old-world charm of the countryside. Bullock carts, tractors, herds of sheep and curious onlookers are what we came across for the next half an hour.

After four hours and 165 Kms later we finally arrive at our destination, Venugopala Swamy Temple. The spot offered some breathtaking views of the Kaveri River and the temple itself was Classic piece of Architecture.

Right next to the temple there is a small hillock which is a small 1o minutes trek to the top and offers a good view of the temple aswell as the Kaveri River on the other side.

We spent a good two hours around this area after which we decided to embark upon the return journey, before that we took a small offroad trail and reached the shore of the river.

This one was a great journey and I must say that Venugopala Swamy temple has immense potential to become one of the most popular weekend getaways from Bangalore.