Morocco, where the sun sets

Morocco, in arabic known as Maghrib, the land where the sun sets. It is located in the north west region of Africa. Morocco has a dynasty rule and is currently under King Mohammed VI since 1999.

The weather of Morocco is pleasant, in the summers its never extreme. During the winters it does get cold, also it rains continuously during winters, which makes the weather even more deadly.

The local food of Morocco contains most of vegetables, chicken and bread. Their main dishes are Couscous, and Tagine. Couscous is made out of semolina and chicken along with vegetables. Usually couscous is made on Fridays as it is a very special day for the muslims in the entire week. The read the prayer Friday known as the ‘Zuhr’ prayer. Tagine is another famous dish which is very light and mainly steamed vegetables and chicken with minimum spices. The Moroccan staple food is related to bread, the patent dinner for Moroccan person will mostly include bread.

Tangier, is not a large city compared to the other three cities mentioned but never the less, it is a really nice city to visit. People usually go there to visit the beaches, it has clean beaches and one of the main beach, Bohendia beach, one can see Spain in a distance. If a person loves the beach, Tangier would make an excellent place to visit. 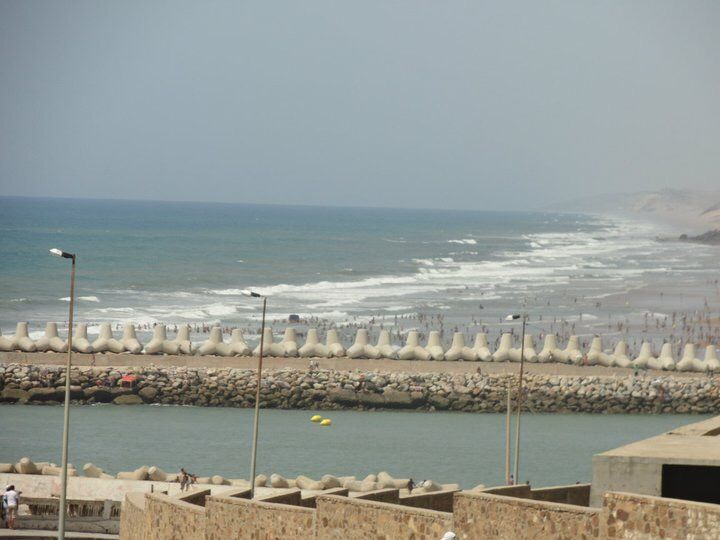 Marrakech, the hub of night life, a city that never sleeps especially over the weekends. It is a city which runs practically on tourists. There is never a point where tourists are not roaming around the roads of the city. There is a Film city in Marrakech where many films have been shot, such as Gladiator, Mummy and Body of Lies. It is huge, the entire set is massive, there are ships and thrones, and many other objects. Through Marrakech one can also visit the Sahara desert, which is magnificent. There are hover boards, or jeeps one can hire which you can drive around the desert. Also there are camel rides which one can take, and stay in the desert for a night. The desert in the night is beautiful yet scary, as you cannot see anything except the stars. The tents that placed in the desert for the stay are extremely comfortable. Also the people make fresh dinner accompanied with bonfire arrangement. In the night there are guards who are keeping a watch out for the foxes that come out only at night. 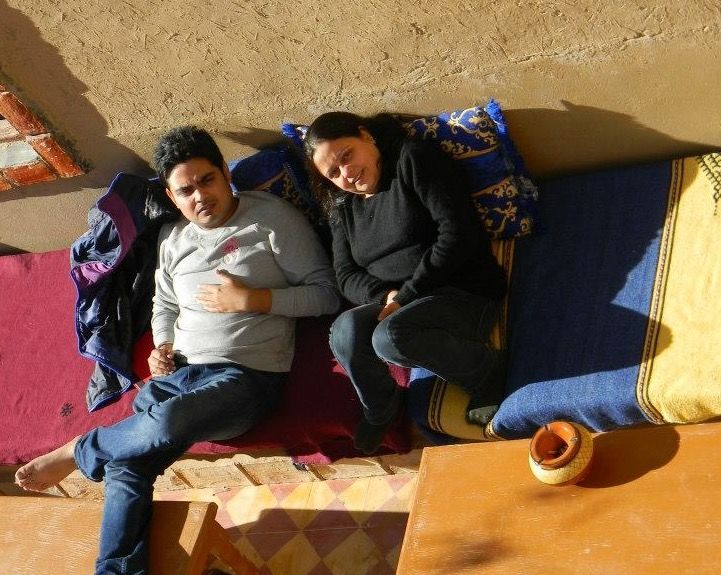 A part of Film City, Marrakech 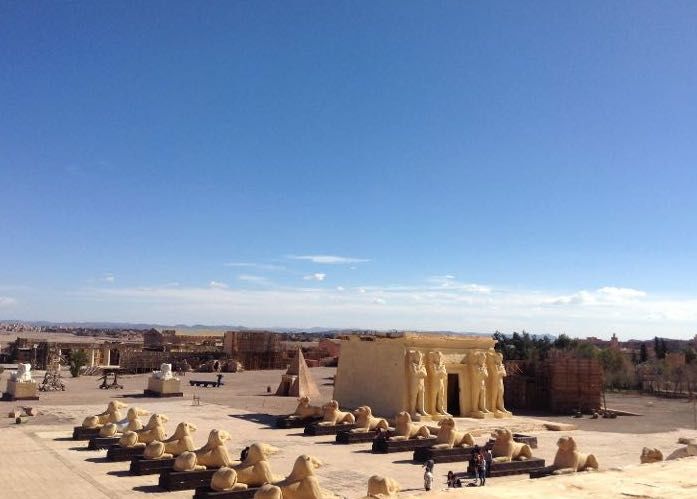 Casablanca, the shopping centric place. Any brand and you will get it here. Casablanca has huge malls with the latest editions. People from Rabat travel for an one and a half hour to shop in Casablanca. The main tourist spot there is the Hassan II mosque. It is the largest mosque in Morocco yet the 14th largest mosque in the world. It is located near the sea, which makes it even more beautiful. There are specific timings in which you can go inside the mosque. It is a must see mosque.

There are mainly 4 major cities of Morocco, Rabat, Casablanca, Tangier and Marrakech. These four cities are the hub of tourists, business and night life. Rabat, being the capital, has beautiful places to visit such as the Hassan towers. It is a mosque which has been left unfinished. If you visit the mosque in the evening, it is surrounded by water fountains and families come there for a stroll. The flooring is also made out of marble so in the evening it cools down. One of the other beautiful places to visit is the Mausoleum of Mohammed V. The mausoleum is always guarded no matter what time of the day, the place is beautifully crafted with traditional designs. The tourists are not allowed to see the tomb closely, there is an arena from which you can see the tomb. The tourists only get the top view of it. There is a door near the tomb but it is only accessible to the royal family.

There is a local market known as, Medina. It is a gigantic market, whatever one needs, one will get it there. One will get beautiful souvenirs, spices, and many other things. It is a must visit for shopping purposes.

One of the many cities, there is a small city called Chefchaouen, "the blue city" as it is city coloured completely in different shades of blue. The people in the city are also very laid back, it is a little behind in development from the other cities, it does not have the hustle-bustle of the urban cities.

Morocco, is a must visit country, it is a fusion of cultures, people are generous and kind, the tourist spots are beaming with the culture, especially the detailed work on the monuments. Food is different, not oily but filled with different spices which makes a long lasting impression.

Taking a glimpse of the snow clayed mountains far-away.&nbsp; 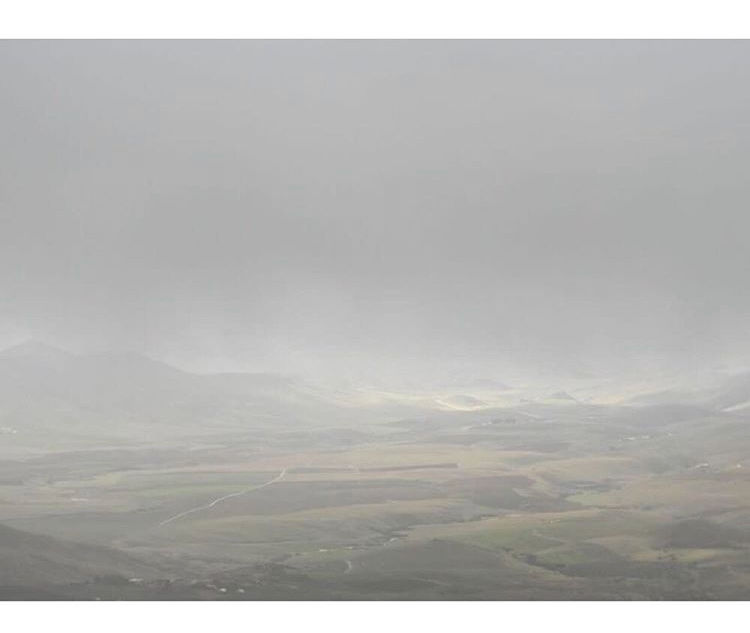 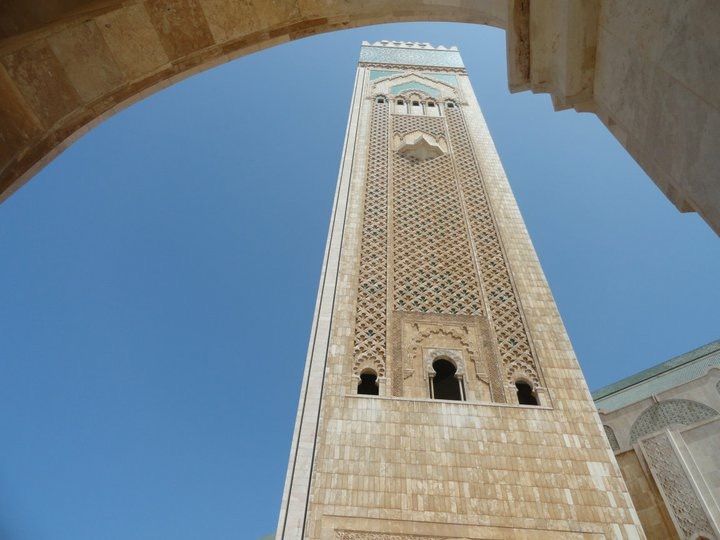