Excursion of the archaic Island of Elephanta Cave 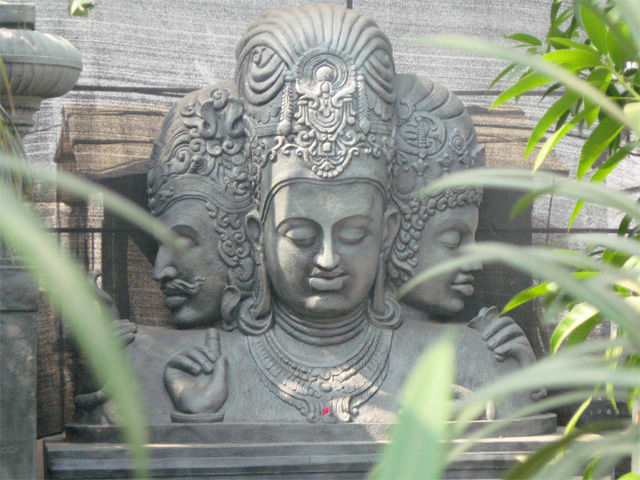 Lake to the south of Elephanta Caves 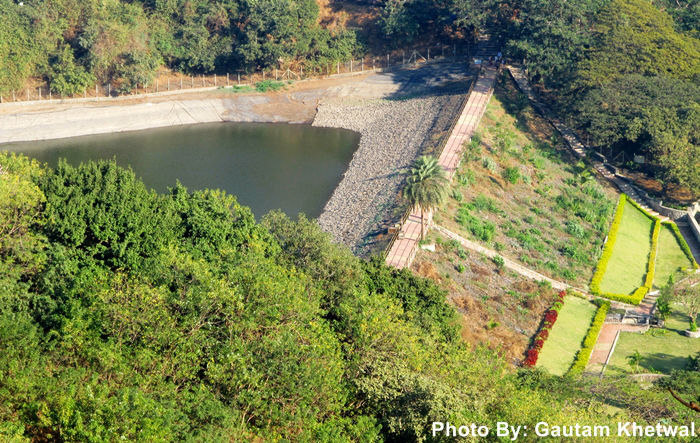 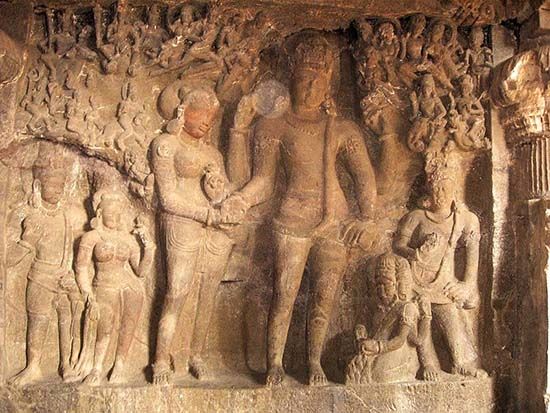 Ferry at Gateway of India 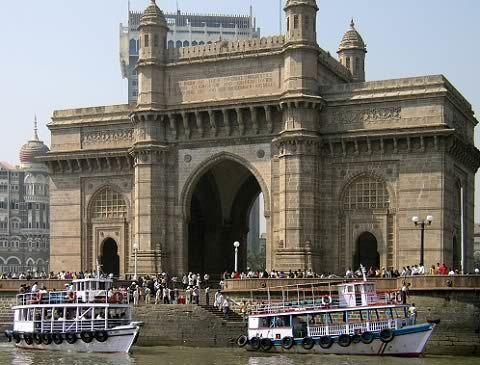 It was in the month of January this year that had marked the beginning of the year with low temperature and very hectic work schedule. Working overtime had left me so exhausted and drooped; I hardly had enough time for myself. As it was, the third week of the month went by with its pace and it was time for the weekend to chill out. On Friday night on my way back home, my phone blinked and it was her message that read as “since last two weeks you have been really busy at work I thought not to disturb you. We only met for lunch with friends in past weekends, but this weekend I want something important which I am longing for, I want some of your time for just me and you…”

This took me aback and I realized it had been a very long time that we spent some time together. I thought for a while that what I can plan for us together. Long drives, dinner, movies did seem to be so regular. I reached home had dinner but my mind was still wandering in search of a place in my city of Mumbai, for some pleasing time. I headed towards my room and there I saw a book that I had bought some time ago, that covered islands and forts allover Maharashtra. And then finally I found the longing place which I wanted it was the island of Elephant Caves.

The Elephanta Caves are a complex of ancient cave temples on Elephanta Island, an hour-long ferry ride from Mumbai. Designated a UNESCO World Heritage Site in 1987, Elephanta Island is not only a worthy destination in itself, it also provides a great view of Mumbai's skyline and an escape from the chaos of the city.

I made an internet research of the island for conveyance/route and I planned my own itinerary for this ancient island. I gave her a call at 12.22 am and asked her to be ready at sharp 6 am. The next day of early Saturday morning in the wintery month of January, we met at andheri station and boarded a western railway local form andheri to churgate which is close to the Apollo bandar road where the gateway of India resides. One can also board a train to churchgate from any station form borivali now extended from dhanu road till the final destination of churchagte, another mode of boarding local is the central railway that runs through andheri, panvel and such stations till the destination of CST (m-indicator can be a great guide for locals) which is also close to apollo bandar road.

In no more than 45 mins we reached churgate station, we were a bit hungry save the breakfast that we wanted. The all time accessible stalls of the Mumbai stations are the savior for the travelers. We bought some cheaps, coldrinks etc. from the stall and boarded a taxi for Apollo Bandar, Gateway of India. The Elephanta caves island, is about 11 Km from Apollo Bunder. Though the island is part of Uran in Raigad district, but it is more easily accessible from the Gateway of India, just about an hour and a half with the ferry. In within 15 mins we footed right beside the great edifice of Hotel Taj, the most beautiful ancient construction that Mumbai owns.

There are many ferries that run from Gateway to the island of Elephant Caves. The first boat starts from the Gateway at 9AM, when the caves open, and the last one starts back at 5PM from the island, when the caves closes for the day. I bought two passes 150/pass for both the ways there is a charge of extra Rs. 10 if one wants to get seated in the dock. We stepped in the shaky ferry that was constantly dancing with the waves of the Arabian Sea and after 10 mins of halt for passengers to ascend the ferry roared and started.

It was one of the finest experiences of sightseeing in my own city, I grabbed her hand and glanced at the highs-lows of the wave with the minimizing image of the Hotel Taj, we clicked pictures as the passengers did to save memories of this beautiful journey and slowly the massive Hotel Taj disappeared. There were flocks of seagulls that flew along with the wave in hunt of their morning breakfast and there were huge ships and vessels in middle of the sea which was something rare to see. In one-an-half hour we reached the island of Elephant Caves.

The island was originally known as Gharapuri. It is believed to have been the capital of the Konkan Mauryas.  The name ‘Elephanta’ came from the Portuguese, who landed here and saw a huge stone elephant guarding the entrance to the holy cave-shrines. Sadly, most of the sculpture and statues were broken by these Portuguese. There is a tiny toy train which takes passenger to the foot of the hills which costs Rs. 10 for the return journey, but takes less than 5 minutes for the destination. The steps leading to the caves were high and clean, lined on both sides by shops selling asseseroies, show pieces, handmade tiny trunks, clothing, and bangles. And yes there were shops selling big hats I bought for her which she wore and she reminded me of some British actress.

The caves at Elephanta are believed to date back to the sixth century to the reign of the Konkan Mauryas which includes six major caves of them the first is the prime of all that embodies carving and statues of lord Shiva which depicts some kind of stories. A little off centre is a huge temple with a lingam inside. There are entrances on all the four sides, with 8 dwarapalakas or guards at the corners. It seems that sometime this temple must have been the hub of prayers to the Lord Shiva, resounding with the echoes of chants, now the prayer are performed just once a year on occasion of MahaShivaratri, for which permissions are given.

The first sculpture to the left of the main entrance shows Shiva in Yoga posture, it is either Mahayogi or Yogeeshwara. The next wall depicts Ravana lifting Kailash, but due to mutilation of the sculpture the lower part is not that clear. There are sculpture of Shiva and Parvati on Mount Kailash and there is beautiful carving depicting Lord Shiva as Ardhanareeshwara half man and half woman. Another was the the Maheshamurthi, also known as Mahadeva or Sadasiva. The epic of them all is the Trimurti, the trinity – Brahma, Vishnu and Shiva. There was a structure of Gangadhara Shiva that depicts the story of how the river Ganga was brought down to earth by Bhageeratha, the next was the Kalyanasundaramurti – depicting the marriage of Lord Shiva and Parvati. The last one is the statue of Nataraja – probably the most famous and oft-represented form of the Lord.

Of the two wings of the cave the eastern wing has a shrine with a lingam, some interesting representations of Shiva, as well as images of Ganesha and Karthikeya. The rest of the caves had small and little carvings and sculptures that we just looked around. Later we started to alight from the caves and moved to the south direction towards a very beautiful lake surrounded with small grey and black pebbles, which was very soothing to look at. On the other part of the lake there was a garden that was being developed lately. After pumping enough of the fresh air near the lake we headed for the eateries that are constructed down the foot of the caves. The eateries were not like something that we get in the city of Mumbai but definitely were manageable for a day and were not expensive at all. Through the journey of this island foreign tourist accompanied us that stimulated me with the pride of the great tourism industry of our country. We again boarded the ferry and waited for it to start, with the roar of the ferry she hugged me that contended me with this beautiful trip and we gave adieu to this island. Within an hour the Hotel Taj was visible again and it felt as if it was welcoming me back to My City, My Home!!!

HotelsMap
SPONSORED
Want to book a similar trip?
I accept the Terms of Use and Privacy Policy of Tripoto.
SPONSORED
Related to this article
Places to Stay in Asia,Places to Visit in Asia,Things to Do in Asia,Asia Travel Guide,Things to Do in India,Places to Stay in India,Places to Visit in India,India Travel Guide,
Tagged:
#Elephanta Caves#Ferry#Asia#India#March#February#January#December#November#October#Day Trips#History & Architecture#nature#nature