Mumbai Travel GuideMumbai TripsLed By The Nose – Goa Through Smells

Led by the Nose – Goa through smells 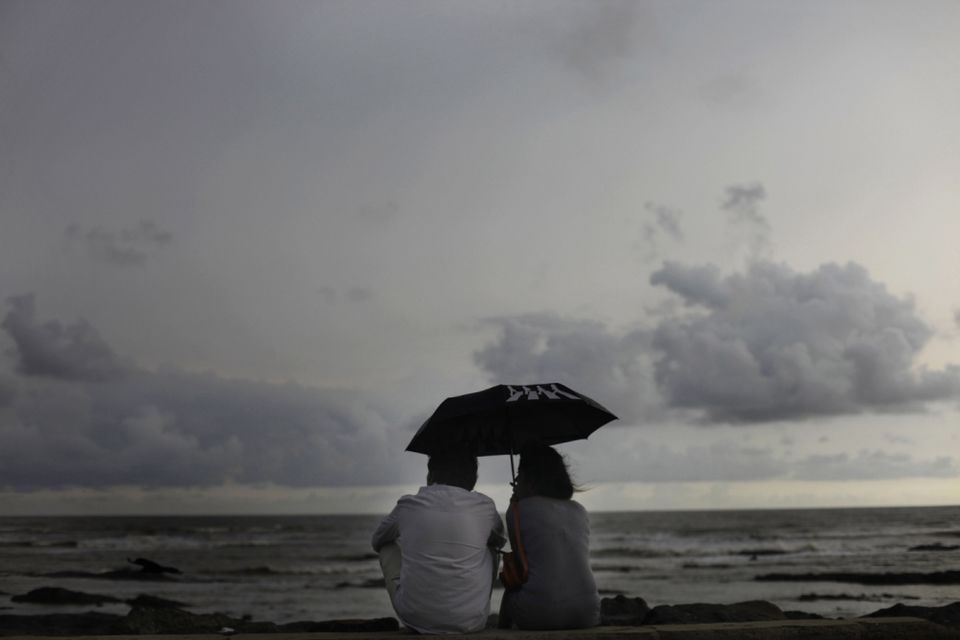 This is a small narrative of a recent trip to Goa in the monsoons. A crankier post guaranteed to get you on your hunches or rolling about on the floor or go awww with sweetness will find its way here pretty soon. Every one of the five senses we possess has an importance in how we perceive things. A silken cloth has to be felt. A lightning bolt has to been seen and a mouth-watering dish has to be smelt amongst other similar examples. Most travellers bank upon their sense of sight and by extension their camera to paint a visual story of their travels. It is indeed the best and easiest way to look at it. I am however a supporter of discovering places through sound and smell as well.

This particular post is dedicated to seeing Goa in monsoons through the smells. Right when you leave Mumbai on a train to Goa, you feel the smells of the city receding and of the countryside flooding your mind. The stench of rotting garbage, unwashed streets, of misery and greed all give way to smells of flowers in bloom, seedlings sprouting in the field, of fresh cow dung and especially of contentment. In the train the attendants keep your ears ringing with “chai chai” or “garam sandwich cutlet omelette” while you’re trying to catch a few winks of sleep you missed the previous night. But before you can see them, you smell the warm waft of “adrak chai” poking you in your slumber and the oily smell of the cutlet and the damp fluffy smell of the bread letting loose a flood of juices in your stomach. You hurry towards the toilet and the odour of someone’s upset stomach hits you like wall post which in the seconds you need to stabilize, someone else would have entered it and generously donated to the pool of smells.

On reaching Goa it’s easy to smell the ocean in the early afternoon breeze which does little to cool me and leaves me drenched instead. The monsoon is here and the ocean which I smelt masked the hint of rains which it brought with it. The station itself is a flurry of smells, oily snacks, sweaty coolies, tired tourists and taxi drivers reeking of desperation to get hold of a tourist who’ll help get him his first payment for the day. It starts raining, pouring by the time we enter the car and drive to the hotel. The bullock carts with the damp wood smell and the buffaloes with the freshly bathed in goo smell does more to reinvigorate than in the city where these smells would have inspired disdain and whining. Our hotel was near the sea but far enough to be surrounded by lush green verdant surroundings blooming with flowers and fresh buds, each adding a distinctly flavour to the smell which could as well be insignificant if isolated from the cacophony of smells not unlike a gathering of nightingales. The tingling sensation of mud splashing on the feet went unnoticed primarily because of the glorious smells emanating from our hotel’s kitchen of a feast being made ready impending our arrival.

The beaches smelled of the fresh monsoon breeze but lacked the usual suspects of beer, seafood and fries. The sea smelt alive and fresh bubbling to the core like a small child splashing about in the rain. A few tourists, mostly newly married couples, us amongst them, scattered around trying to find the one dry hole or patch of sand lending them the privacy to explore each other’s smells of joy.

It lacked the smells of laughter and frolicking and sweat and rotten food and wasted alcohol and people, generally a mainstay of the peak season of this wonderful place and was good enough to take in by the bucketful’s as a complement to the bounding sights we saw in this paradise. Goa in monsoon smells different, looks different and feels different to the few who brave the rains to come out of the rabbit hole to this amazing world. The prime takeaway from the trip us standing staunch against the wind – a wind which smelt of the sea, a bit of salt, a hint of moisture , a warning of impending downpours and a promise of a lifelong friendship and a whole lot more which we cannot describe in words – only smells.

This was written and dedicated to everyone who enjoys the service of their olfactory senses as much as their eyes.

This blog was originally published on Gypsycouple.