Sometimes the easiest way to define something is by way of contrast. As we walked the long bridge connecting Mae Sot in Thailand to Myawaddy in Myanmar, the change of scenery was so stark, it was impossible to miss: the roads were narrower, the streets dustier, the cars poorer, the way of life lazier. The starkest, however, was the sudden infusion of friendliness from nearly every end. Unaccustomed to seeing Indian backpackers, no one attempted to mask their curiosity, and for the first time in five weeks in Southeast Asia, we were swamped by an entire hoard of locals without any agenda. No hotel rooms to lead us to, no tuk-tuk rides to offer, no handicrafts to sell. Just innocent questions. About us, where we were from, what we were doing, and the why of it all. And just like that, the guard we had so fiercely built around ourselves in all these weeks fell away.

If I were to have a grouse with Myanmar, it is this: It spoils you. It purges you of every last ounce of street smartness and leaves you incapable of suspecting ulterior motives. It sets you back to an era without touts and scams, where the correct price is quoted at the very first inquiry, where your word is promise enough, where safety is a bygone conclusion. It makes you woefully outdated.

Only recently opened to the world, there are throngs and throngs of tourists making their way to this hitherto mysterious land, and an even bigger throng of poetic stories making their way out. Of the endless sweep of pagodas in Bagan, of the improbable stand-up paddle fishermen at Inle Lake, of the intensely humbling Shwedagon Paya at Yangon, of the burgundy-robed monks taking a long sunset walk across the graceful teakwood bridge at Mandalay. Myanmar is all of this. But it is greater than a sum of its parts. It is the immigration officials who invite you into their office when you enter the country, knowing how tiring the heat must be. It is the woman who offers you a boat ride around her village via a language of only smiles. It is the taxi driver that insists on paying for your breakfast because you are his guest. It is the indescribable happiness of going through your day without dwelling on the negative.

Without even setting foot in a pagoda, Myanmar can be a chastising pilgrimage for the soul. Go, because it is an experience you cannot vicariously participate in through my words. Go before this stops being the case.

Being a country that has so recently opened its borders so recently, there can be a frustrating lack of information about the land border crossings. So when we did cross over into Myanmar from the Mae Sot-Myawaddy check post, we were feeling particularly triumphant about it all going through so smoothly. ... Until we found out that the single-lane highway that connects Myawaddy to the rest of the country runs in opposite directions on subsequent days: odd days East and even days West. Effectively reducing your chances of getting out on the same day by a dramatic 50%! It was something we hadn't even remotely conceived of, and we paid for our lack of creative imagination by having to be stuck in a dusty, sleepy border town with nothing to do for a whole day. Lesson learnt. 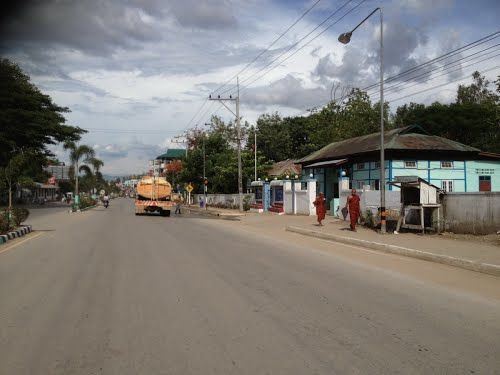 This was one of our very last minute picks. And our best decision all trip. While looking for a place to break journey between Myawaddy and Yangon, I read about the small town of Hpa-An that most claimed had an easy, countryside charm that was difficult to articulate. Having spent just two days there, we came away with an uneasy feeling that though this was our first stop, it couldn't be topped. We couldn't have been more right. Hpa-An is a tiny town in Southern Myanmar that hardly wishes to compete with the big four in tourism in the country -- Bagan, Inle Lake, Mandalay and Yangon -- in that it has no particular spectacle that is its showpiece. What it lacks in a showstopper it more than makes up for in its vibe however. As soon as you step out of the town, the surrounding countryside is awash in refreshing paddy hues and some truly amazing caves, pagodas and water bodies. And the complete lack of tourists make sure you have all the time in the world to just stand there and take it all in without the slightest hint of urgency. 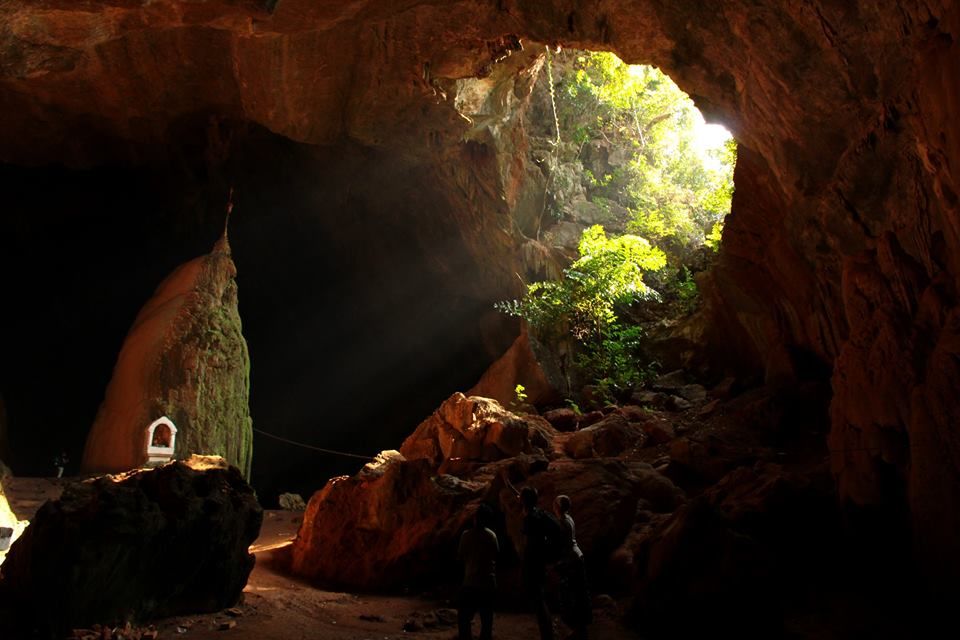 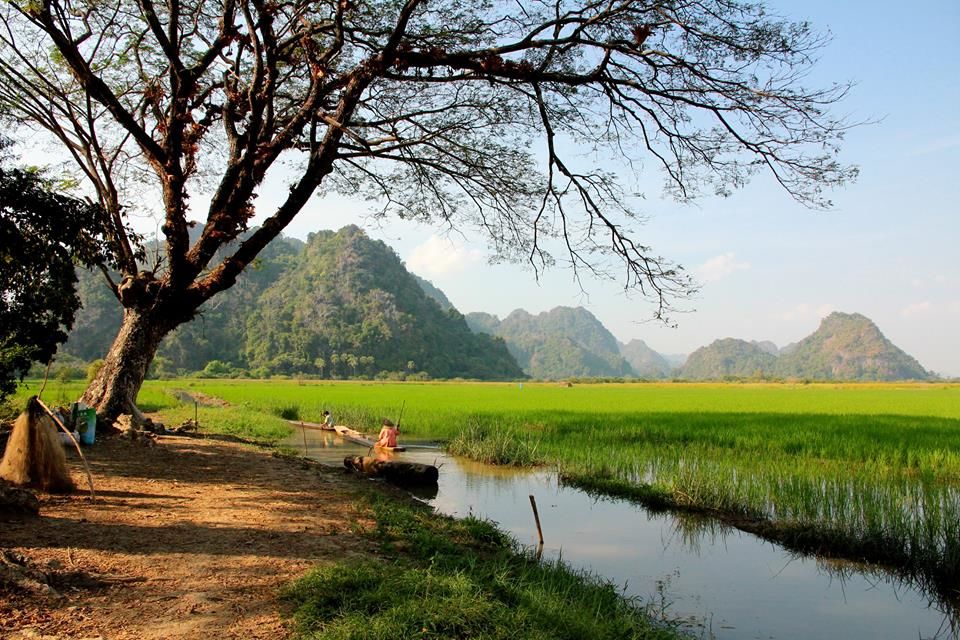 Staying in Hpa-An is now nearly synonymous with staying at this non-descript backpackers' guesthouse. The amenities are basic -- shared cold showers, cramped rooms, barely clean beds -- but you will be hard-pressed to find a better set of travelers to share the space with. The absolute favourite friends we met all trip were made over one late-night impromptu conversation in the balcony of this guesthouse. What draws most travelers here (apart from the cheap prices) are the wonderful tuk-tuk tours that the staff offers around Hpa-An. If the word 'tours' rings all sorts of not-so-pleasing bells in your mind, you needn't worry. There is nothing touty about them, and they will definitely take you to places you would not be able to find by yourself. Their main full-day tour comes most highly recommended, taking you to painted caves and impossibly perched pagodas and along dusty red roads with paddy fields flanking them on both sides. It is topped off with a canoe ride through paddy fields that will leave you hopelessly short of adjectives. Tl;dr: Just stay here. 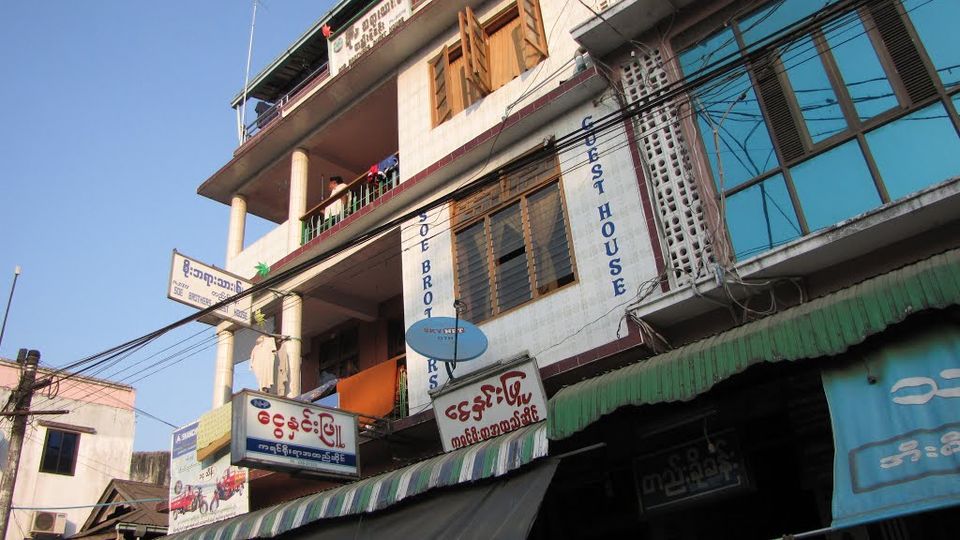 The former royal capital of Burma, Mandalay is completely doused in pagodas and monasteries, all organised in and immediately around the central citadel that dominates the orientation of the city. It is a city that can quickly get to you, however. The traffic is chaotic and noisy, the roads are dusty, the two-wheelers are unstable (or at least the one we rented was). And to top it all is the searing heat. We were also quick to lose our patience. Somewhere in the midst of our intense pagoda-hopping, it all got too much to take. Thankfully, the comic relief came in our tumbly, slippery, completely crazy ride to Amrapura to catch the sunset at the graceful U Bein Bridge. And there is no exaggeration when I say that it was quite possibly the most gorgeous sunset I have witnessed in my life. Silhouettes of monks against a dying sun as they crossed the longest teakwood bridge in the world are seared into my mind as my lingering memory of Mandalay. And that can't be too bad. Not at all. 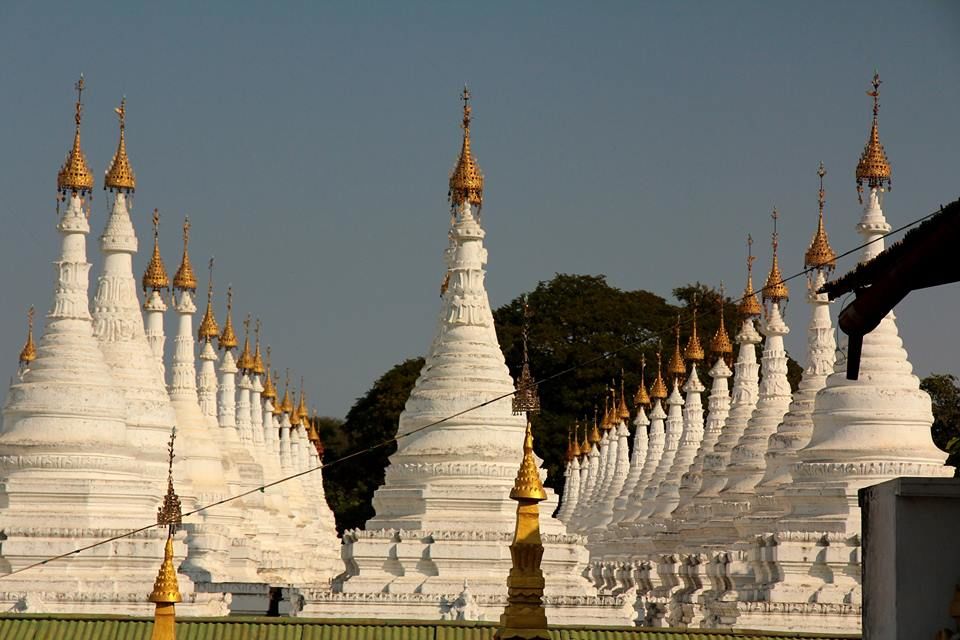 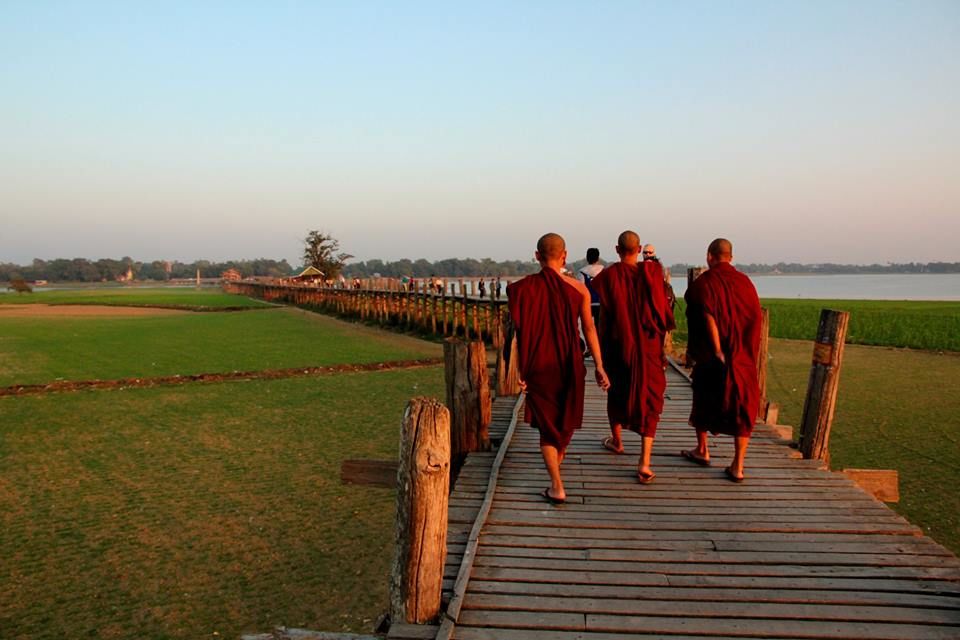 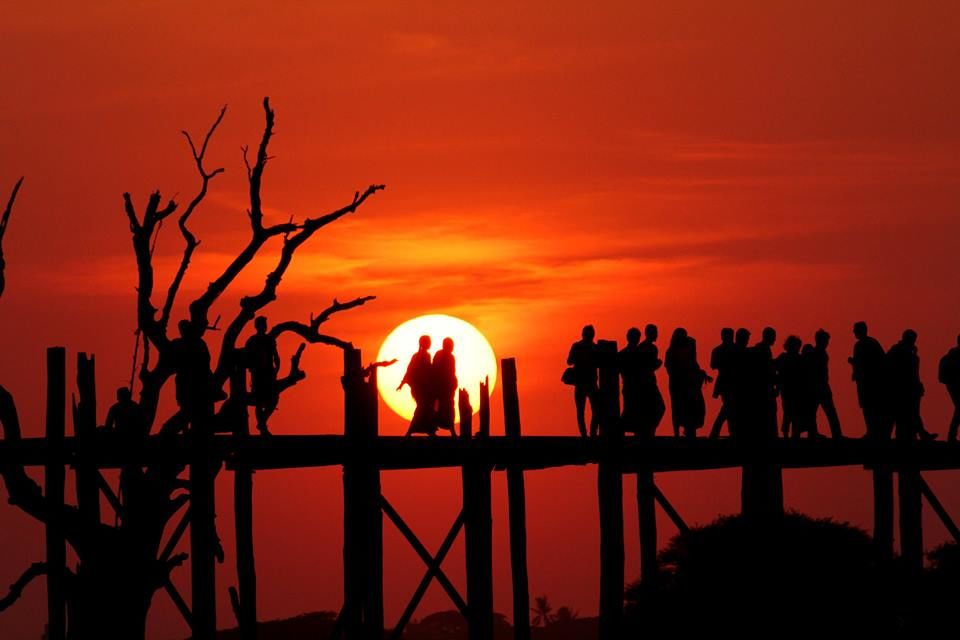 Kalaw, a small town in the Shan state, finds itself on the tourist trail mainly as the base for a trek to Inle Lake. Since we basically swooped in exceptionally late at night and swooped out the morning after, there is not much I can say about the town itself, but the trek is a pleasant jaunt across the countryside, cutting through patchwork fields, hill tribe villages and railway tracks. What is most enjoyable about this otherwise quite ordinary trek is the fact that you get to walk through villages that haven't seen any touristy development, where people are just getting on with life: working on the farms, laying out red chillies to dry, weaving their colourful headscarves, and generally standing around chatting about their day. The trek can be done between one and three days, though two is most ideal: you can pace yourself well, and you get to spend the night in the home of some locals. Its worth giving it to the leisurely pace. 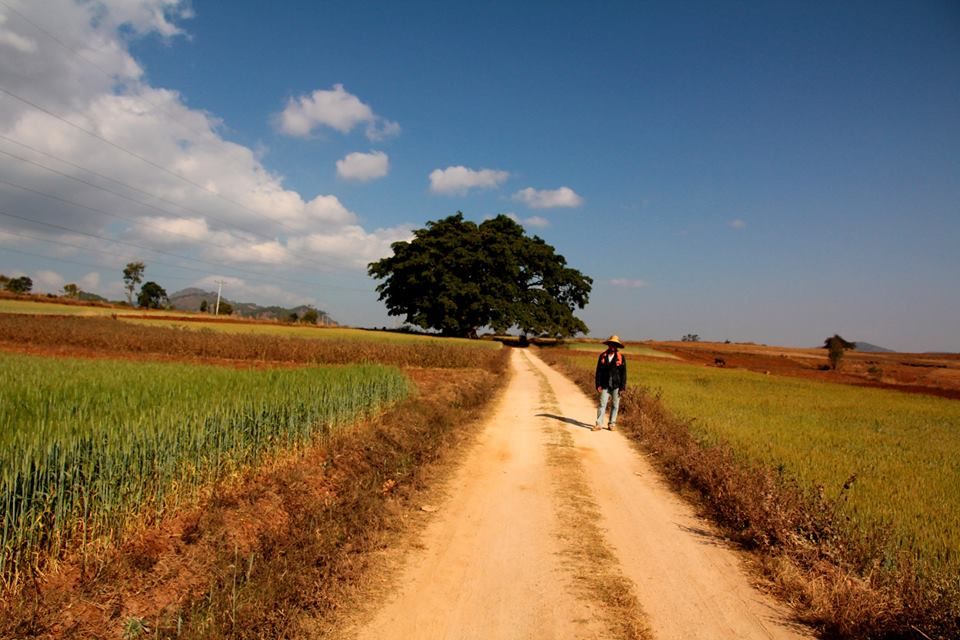 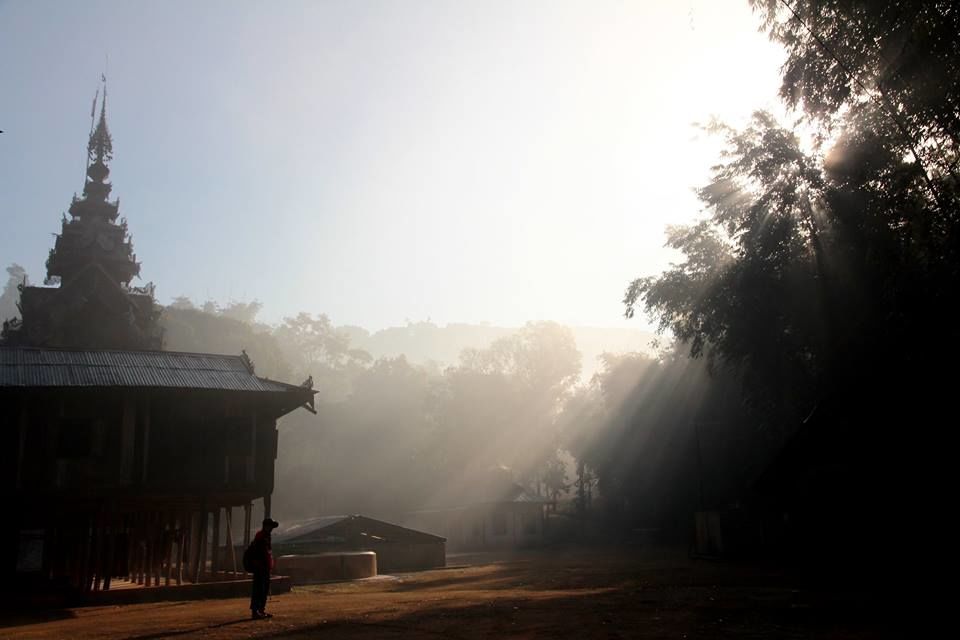 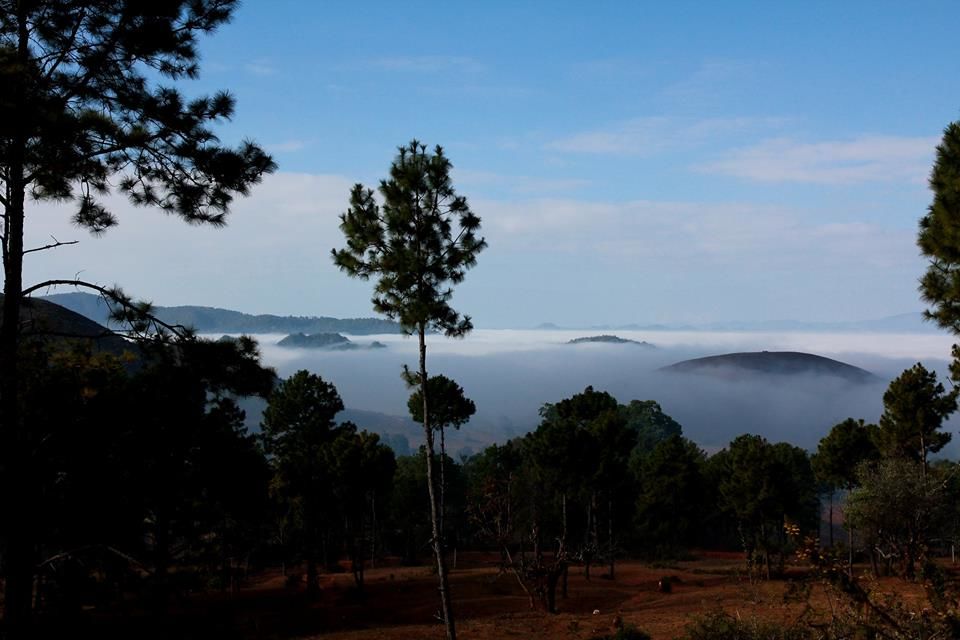 Inle Lake, in all its 44.9 square mile splendor, lies sprawled out at the end of the trek from Kalaw, making the boat ride through floating villages and stilt houses quite some reward at the end of a not-so-arduous trek. Most travel agencies around will make you some or the other version of the same offer: a boat ride up and down the 22km lake peppered with visits to certain villages, floating markets and craft workshops (most of which are commissioned visits). While that really is a lovely way to see a lot within a day, what we enjoyed a lot more was renting out bicycles and roaming the immediate surroundings of the lake, offroading into quaint villages, being offered canoe rides by the local villagers who we suspected don't see many tourists since they are so tightly ensconced in desnse farms and tiny dirt tracks that are hardly tourist-friendly. The canoe ride we took around one of these floating villages was one of our favourite stories from the trip, spontaneous and warm as it was. 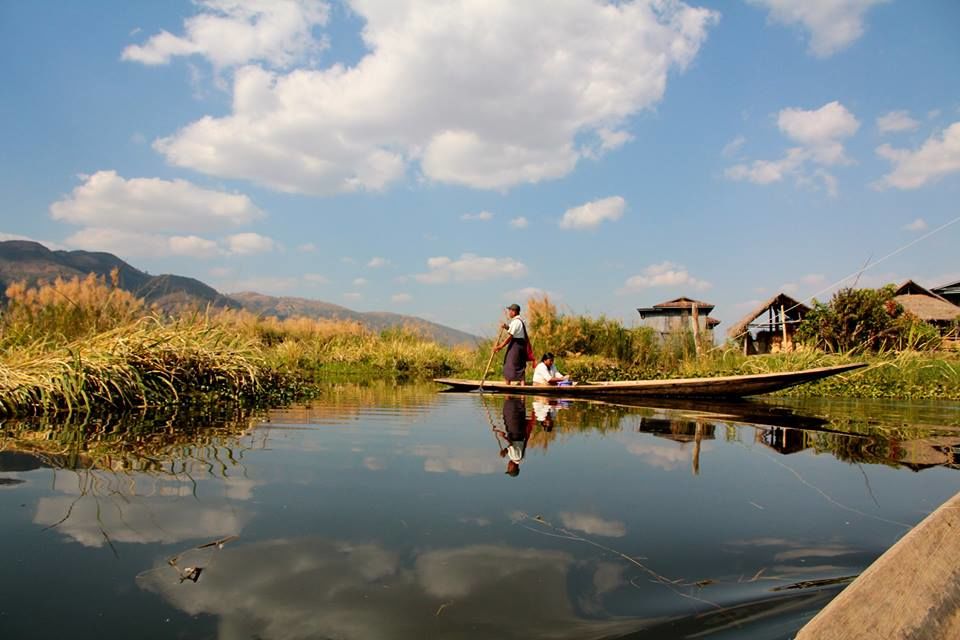 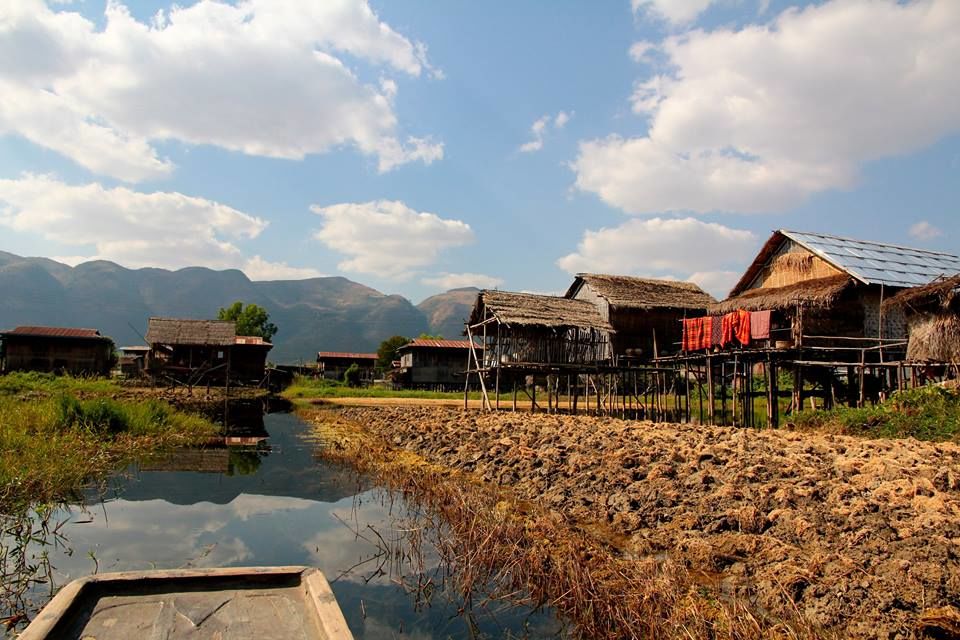 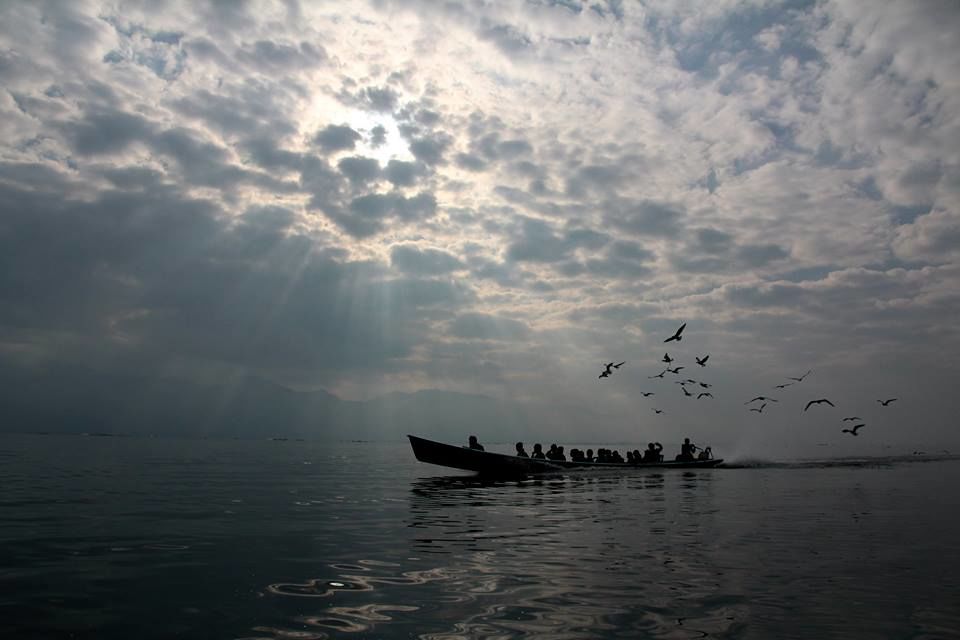 Myanmar's answer to Angkor Wat, Bagan is the kind of place that sends poets into a tizzy trying to find just the right adjectives to describe its just-out-of-reach beauty. While the elements of the landscape are neatly divided into different complexes however, Bagan's temples rise evenly out of the flat, dusty horizon peppered with trees. What most separates the two great marvels of architecture however is the fact that unlike the development of the roads winding around and leading to Angkor, Bagan still forces you to grapple with difficult-to-navigate sandy tracts, which blow up clouds of smoke when the horse-carts carrying tourists make their way through the temples. What this gives an illusion of (without quite intending to) is kings making their way on chariots, riding triumphantly through the land they govern; messengers carrying the word of other kings; pilgrims and guests approaching with a look of awe and amazement. Angkor may mesmerize, but Bagan transports you. Rent a bicycle and tick off all the major stops on your way through the city. Later, as the sun threatens to start dipping, climb up to the highest vantage point you can find and watch as the large orange ball illuminates the temple tops on its way down, creating a patchwork of translucent graceful silhouettes. Hold your breath and thank your stars. This is a sight that feels like it should be reserved for the gods. 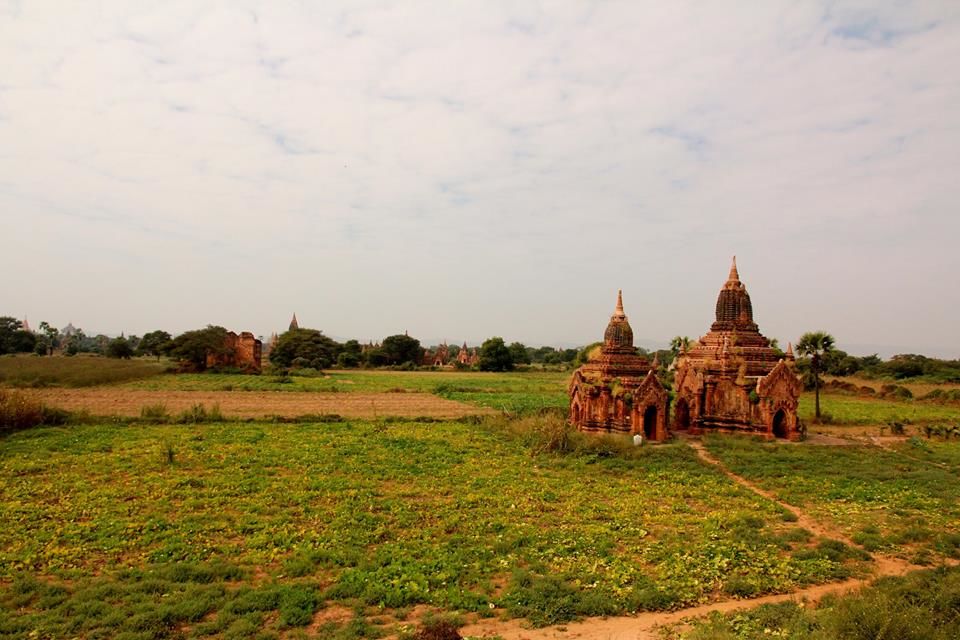 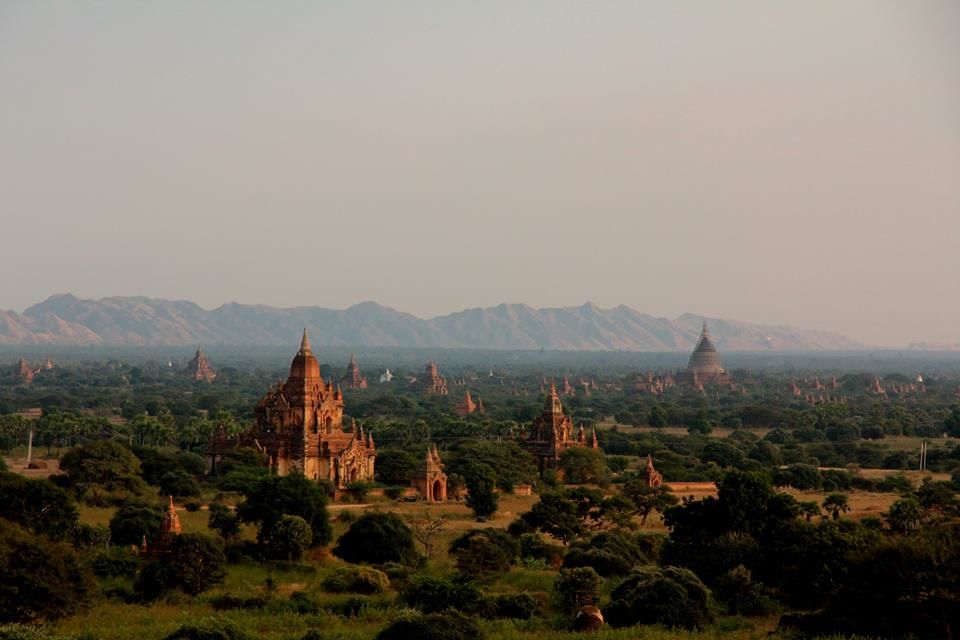 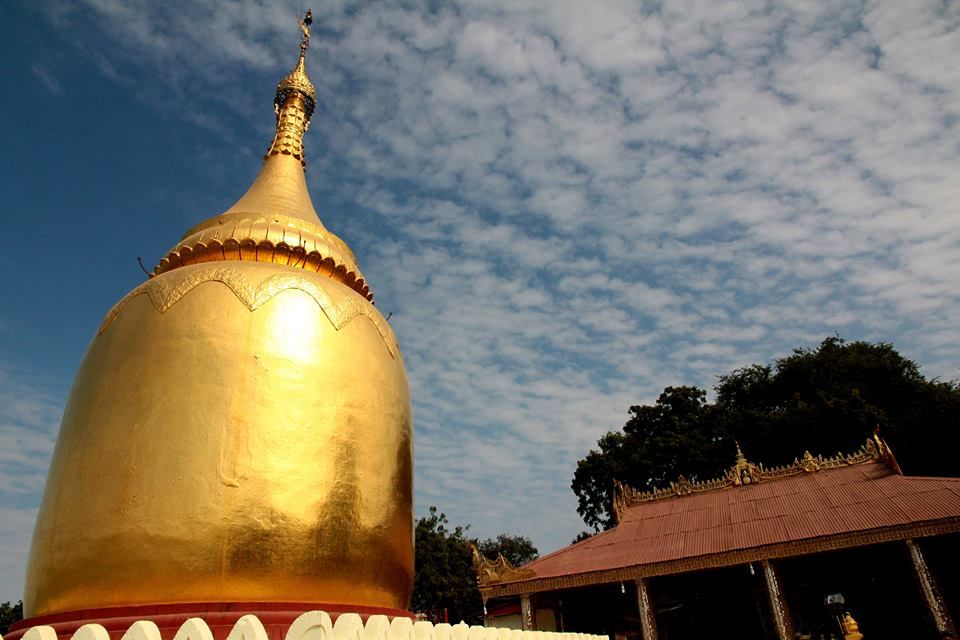 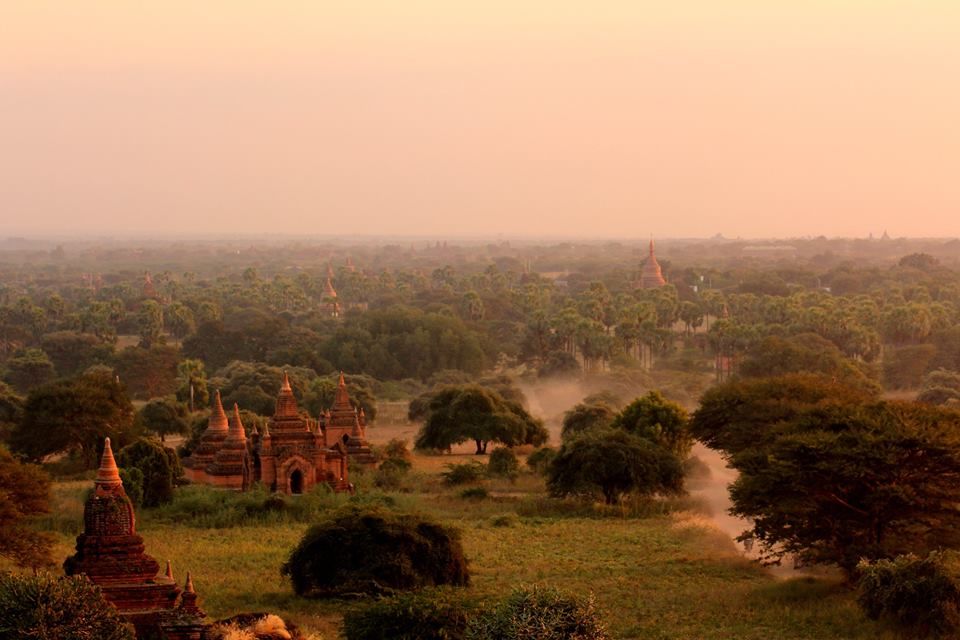 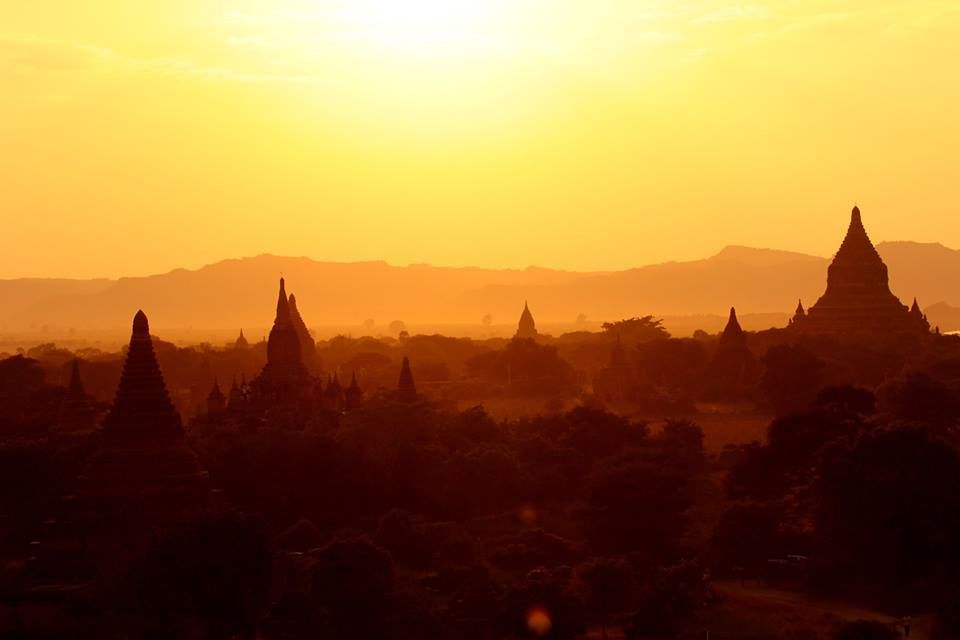 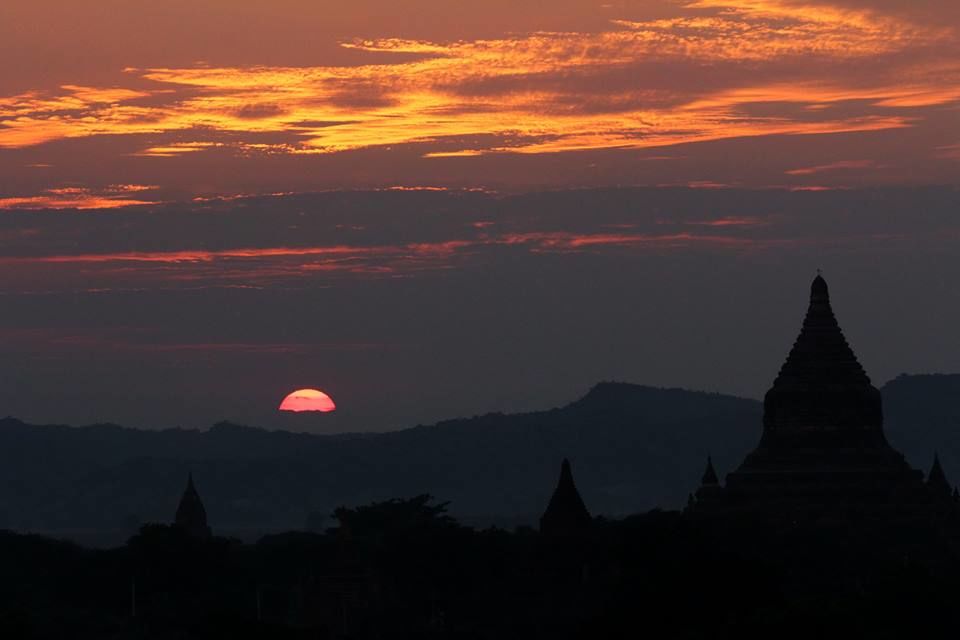 What often ends up happening in most itineraries is that the place at the fag end of the journey ends up getting some unnecessary flak. Out of tiredness, boredom, homesickness or just plain temple fatigue (as many will warn you Myanmar inflicts). Yangon was the victim in our journey. Sure the Shwedagon Paya and its glittering gold complex is the most humbling sight you will ever witness, and sure the street food scene in Yangon has a certain sense of humour that is impossible to deny with its strange amalgamation of Chinese, Indian and Thai flavours, but with home oh-so-close, most of it was drowned in our excitement. All the same, this bustling city deserves a better rep than it seems to attract, and I'll surely be back some day. 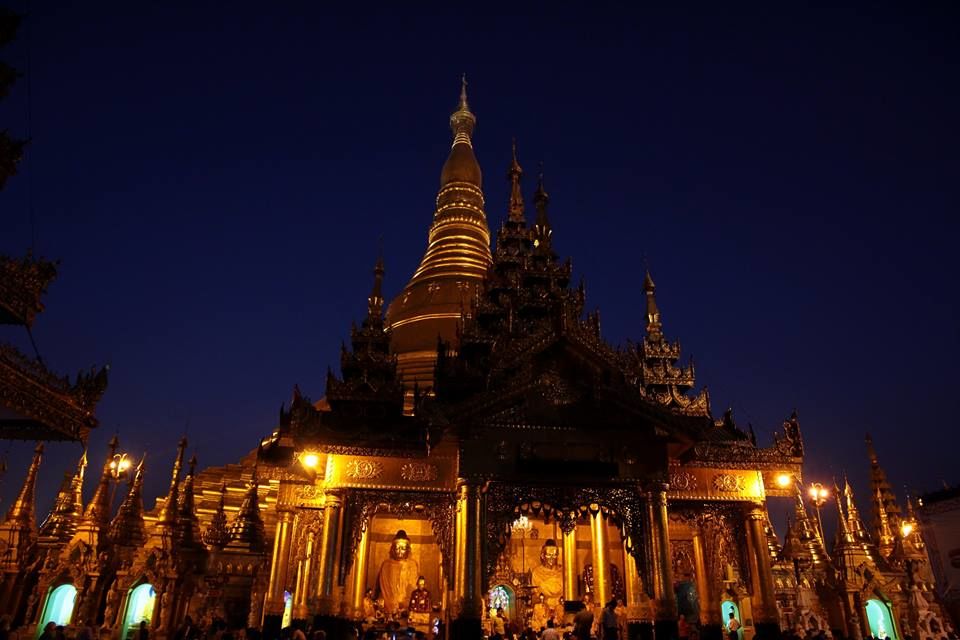 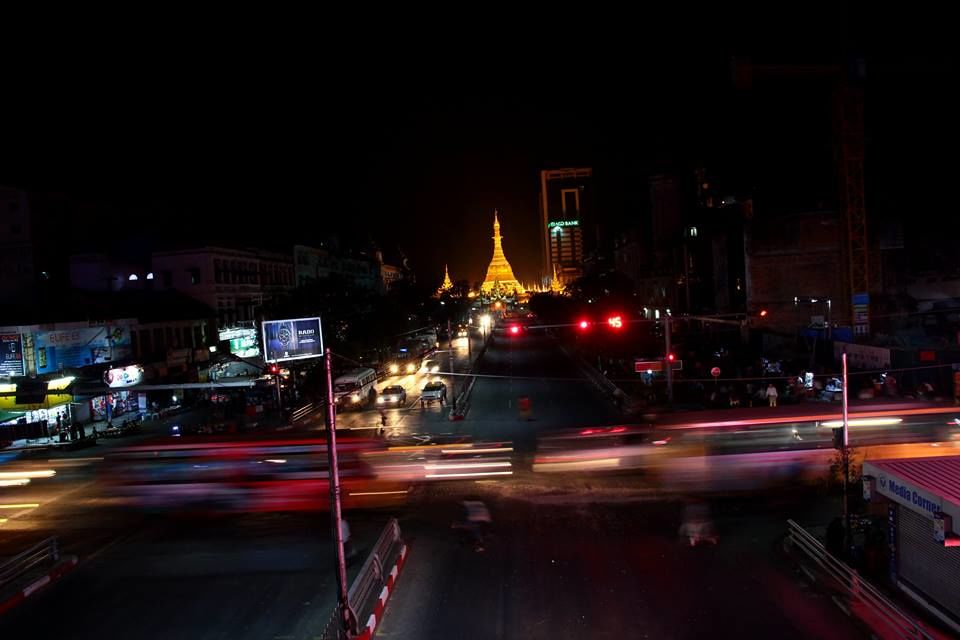