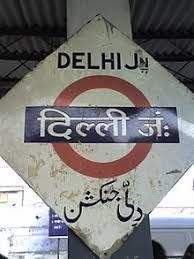 Hello fellow travelers.. Its not a travel itinerary that I have written below, however, it is one of the experience during the travel that makes 'journey' worth more than the destination.

"Thank you for the lift" I said as I waved a biker all wrapped in thick flock of clothing. It was late, may be around 11 PM, and the hostel entry was just about to get closed as I rushed towards the main gate.

Winters, were always special.. Especially for the ones who have ever lived in Delhi. The thick blanket of fog during the entire day. Lazy afternoons and in the night, people sitting out together around a fire and discussing their day to day life..

There was a deadly silence that surrounded the entire campus.. The white coating that made me blind and nothing could be seen except the dim hazy yellow street lights. Everything was at still, the whole world was sleeping in their cozy blankets. The dogs were barking in chorus and the trucks were moving in speed, and here I was, listening to this melody of night.

As I rushed and entered the campus, I saw a small fire being lit up by the security guards, and to be honest, that was the best I could get in such a cold weather after coming from a tiring journey. My hands were shivering, though I was wearing everything that was wearable, but still the cold breeze could touch my naked skin. I went close and could feel the warmth of that fire gradually increasing; it felt like when one didn't get water on a warm summer day and suddenly he gets a bottle full of cold water with dew residing on its side. Oh How you savor it.. Drop by drop.. It was all the same for me..

My host, Mishraji, the chief security guard welcomed me for the round table conference that was going along with the bonfire. I jumped on the wooden bench and rested my legs, that one long breathe that rested my body and kissed my lungs..

Endless discussions about politics, stories of their hometown, the current generation of 'us' and how spoiled we are, all were going on. I listened to it carefully and with all my attention.. These were the people who were all around us but we barely noticed that they too had, interesting stories, and probably they too were something, under that blue security dress.

The guards left the place after few minutes and resumed their duty while I sat there.. Soaking the warmth of the fire that was a boon in such cold weather. We had railway tracks just behind our college building and while the train's loud horn was disturbance for most, it was a reminder for me. Reminder that life never stops, no matter if it rains, if it's cold.. It keeps whistling and keeps moving.

To give a more magical touch to my end of day, the train came whistling on the tracks.. Piercing the fog through its big eyes.. As it passed, and as it was so close, I could see lights open for few compartments and people sitting on the window seat, looking at the buildings, the silent roads.

I always loved nights like these, being on a train like this; Night of reflection.. All my tiredness was gone.. And there was something special that happened today. Ordinary yet special, something that touched me and forced me to take out my diary and write about it.

This long night, is followed by a short day. A day that taught me something, a day that gave me something. And this day started while I was sitting at Old Delhi Railway station after being done with my MBA coaching classes. I normally took bus from my coaching classes to my hostel but that day, to my luck, I forgot my wallet in my room.

This I realized while I was on the way to the classes and I created a ruckus that someone stole it until I got a call from my roommate about it.. Taking those insurance ads a bit too seriously , that everything in life should have a backup plan, I too had one. That one 50rs note in the baby pocket of my backpack.

There was no point in going back and I had just enough money to go to the classes and if I returned by train, I could have managed.

Things went good, I attended the classes, and took a train ticket and I was left with just Rs 5. The most precious 5 Rs I ever had. This was the same amount of my Auto fare from Station to my hostel. I thought of borrowing money from my coaching mates but I barely knew anyone as our classes just started and everyone was a stranger so I let go that thought.

Trains and Stations never bored me. I could sit hours at the station just looking at the people and imagining about their journey and I never get bored of it. Some on trips with their friends, the last goodbyes and "seeing after years" you can see all the emotions flowing in the air.. Along with that, loud cries of baby, vendors shouting about their Samosas and tea and all the hustle bustle.. It was chaos but still, it didn't irritate me.

My train was announced and it was a local passenger train, so it didn't compare people; It welcomed all, without the distinction of compartments. I boarded the train and to my luck, got seated too. We do not see many beggars in the AC compartments but you can see most of them in the general compartment.

Though ironical but I think the beggars were a bit too shy of "the polished" class while they felt home in general class.The train started moving and I plugged in the earphones and rested my head taking the support of the seat.

I was in the mid of the song when I heard a big shout, while all the people jumped over me to see what happened.. I removed the earplugs and turned my head and what I saw was on old man. His shirts didn't have buttons but safety pins, he wore a dirty pant and was barefooted.

The last he bathed was when it rained last month which was visible by his looks and he was shouting and screaming. People got a subject for their train journey so they started interacting with him.. Some asked him to keep quiet and sit in a corner while some made fun of him. But he was least bothered, he listened to none and kept shouting..

Yes, a cup of tea. Someone in the last coach promised him the same and then left him.. So he was searching that person, in the entire train..

He was barefooted and his empty pockets were hanging out of his pants.. He was shivering as it was cold and shouting on his destiny, he was looking here and there for that one person who broke the promise.. People considered him mad, for his looks, for the state he was in and for that mere thing he was creating a fuss about.

Probably a mere thing for us but not for him.. At last, disappointed by not able to find that person, he sat near the exit of the train with his hands folded and his face in between those hands. Everything went back to normal; I plugged in my earplugs and continued with the song.

Probably no one saw him at that time but what I saw was the way he looked at that tea bucket. He didn't have a single penny and while we had so many aims or ambitions in our life, he had just one- to get that cup of tea.

My mind was saying No, don't do this but I got up from my seat, went to the tea vendor and asked him to prepare a special tea. The old man was still sitting there and the tea vendor was making the tea just next to him.. His nostrils could smell that nice fragrance as the vendor poured hot water over the tiny tea petals and his eyes could see the steam rising up from the cup. He saw all this and then put his head in between his hands and murmured something slowly..

The tea vendor gave me that cup of tea while I gave him my most precious Rs 5 coin.. Precious coin for a special purpose.. With tea in one hand of mine, I poked the old man.. "Take this uncle"His eyes were brightened, his heart was full of happiness..

Oh if I could have shown you all his face.. He took the tea while his hands shivered.. I stood there for few minutes leaving the old man enjoy his tea but before I left, I told him, I didn't gave you this, it was the same man you were shouting about.. He told me to give you a cup of tea..

I had one favorite dialogue of Shawshank Redemption "Hope is a beautiful thing, Red! Probably the best of things". And I didn't let go the hope of an old man, the person he was looking for from coaches to coaches, gave him tea.

He looked in my eyes like a wise man, and then he looked outside the gate while sipping the tea.. I came back to my seat and just sat with a smile on my face.

The train stopped at a station and someone pat on my shoulders.. It was the same old man."There was no such man who promised me a cup of tea.. Your journey is long, take care" Saying this, he left the coach and disappeared in the crowd and fog.

And at that moment, despite of his condition, he sounded the most sensible person to me. I smiled and plugged my earphones again. As I write this, I realized how we don't open our eyes and see how blessed we are.. How even a small incident touches us to the core and yeah, how a 5 rs coin can be so valuable, the best money I ever spent.