I think we travel because we want to be changed.

In early 2005, my long-term girlfriend whom I'd moved 2500 miles across the country with only six months before dumped me to marry our best friend. This would be a catastrophe for anyone, but was even worse for the cowardly, socially-awkward person that I was at 22. I'd leaned heavily on my girlfriend and our best friend as my only social support during those six confused months in California, and now -- suddenly -- all of that support was gone.

I dealt with this very badly at first. I pleaded and writhed; I contemplated moving back to Ohio, living with my parents, going off the grid in some hermitage to lick my wounds. Instead, though, I planned a half-baked revenge, the revenge of living well, and bought a one-way ticket to Guatemala.

I landed in Guatemala City in the darkness of May 29th, acquiring that first-ever stamp on the first page of my passport, my first step out of the comfort zone into which I'd huddled nearly my entire life. In a minibus passing thru the nighttime smoke and chaos of the city, I spoke my rudimentary Spanish to the driver and squirmed, feeling so awkward and afraid that I could have crawled out of my skin, crawled right back onto the plane, and fled.

Instead, I arrived very late to the cobblestone streets of the ancient colonial city of Antigua, and passing ruined medieval churches illuminated by the sickly glow of the minibus's headlights, came to my homestay in the city centre, where I would be living. Exhausted and anxious and sticky with sweat I slept.

In the morning, and in the mornings of all the days that followed in Antigua, I came to see that who I thought I was was often little more than a facade, a shell made out of habit and supported only by familiar surroundings. The well-worn social masks and scripts I'd honed seemed insincere and foolish in this alien context, and I shrunk into myself so as to minimize the strain.

After a week in this pattern, though, inhabiting the worn-out shell of my persona in the confines of Antigua's colonial tourist wonderland, I realised that though I had come here to Guatemala to live, I wasn't really living. My second weeked in Antigua,  and desperate for a change, I packed my comically-oversized 80-litre backpack and boarded a local chicken bus (full disclosure: no actual chickens) to the market town of Chichicastenango, a couple hours away.

It wasn't until I stepped off that bus alone at dusk into the dusty, deserted, twisting streets of Chichicastenango that I understood that it was this feeling -- this vividness, this aloneness, this sense of possibility -- that I'd been seeking, blindly and without knowing it, ever since my breakup. I wandered in search of a hotel, the sky dark and rumbling beneath a faroff storm, feeling like a child set loose in a great and boundless sandbox. Lost in the world and in love with the feeling of being lost, I realised for the first time that Guatemala wasn't really about my learning Spanish at all: Guatemala was about me learning to travel.

So, sayonara Spanish class, sayonara to Antigua. I planned my life only as far as the next day, catching a bus to the upland volcanic caldera of Lake Atitlan and meeting my first examples of the reprehensible 'sexpat'  traveller class, two friendly, alcoholic Canadian cabdrivers in the lakeside town of Panjachel. I ditched them, got gut-sick on street meat, visited a dodgy pharmacy, and dosed myself on ciprofloxacin a few days later in the mountain city of Quetzaltenango, then spent two days climbing 4220-metre volcano Mount Tajumulco in the driving rain, with the reward of one of the most spectacular sunrises of my life from its peak. The intense travel high from the climb carried over into two amazing days far off the beaten track, catching rides in the backs of pickup trucks through the rugged Cuchumatanes mountains on treacherous washout roads frequently blocked by landslides that I sometimes helped to clear.

When I finally arrived to the backpacker Mecca of Lanquin, in central Guatemala, I was on such a roll with travelling that I very nearly killed myself.

Heading to a nearby collection of freshwater pools known as Semuc Champey, I thought I'd impress an Israeli girl whom I'd been talking to by attempting a backflip into the river off of a bridge higher than anything I'd previously attempted. I was feeling cocky, on top of the world, but I badly over-rotated and landed hard on my back.

As I swam thru the swift current to the riverbank, I was tasting blood. A lot of blood. Hauling myself up onto the muddy bank, my right lung felt congested, and I started coughing. I looked at the mucous on my hands -- it was full of gobs of rich, red blood.

The nearest major hospital was almost three hours away; I flagged down a passing truck, coughing up blood and wiping it on my swim shorts and praying for the bleeding to stop, which it finally did by the time I made it to a shabby clinic back in Lanquin. I'd felt invulnerable, travelling, like the good juju of travel and the magic of the Travel Gods would protect me. Instead, I learned that bad decisions still have consequences, and that it only takes a single bit of bad luck -- a punctured lung that would have drowned me in the swift river, rather than the less serious torn blood vessels that I'd suffered -- to end your travelling forever.

Chastened, I continued on to the stunning Mayan ruins of Tikal in the north, then explored the country's Caribbean coast at Livingstone, with its colorful and unique Garifuna population; but soon it was time to think about home. With a return ticket to California booked thru a patchy phone connection at a ramshackle stall in the town, I boarded a bus back to Antigua.

In Antigua, it was as if the three weeks that I was gone, lost in my discoveries, had never passed. The gringos still studied Spanish by day and spoke English by night in the tourist bars with other gringos, part of the vast circulation of travellers always just making the rounds. Inside my head, though, I could see the contrast vividly, how both Antigua and myself had appeared to me then, and how they appeared to me now, as things subtly but utterly transformed.

On my birthday a few days later, a month to the day after I had landed in Guatemala, I called my ex-girlfriend and offered my sincere congratulations to her on her engagement. Then I went to my favorite café and drank black coffee, watching the first-time travellers there, some only 18 and just starting on their journeys, wishing quietly for them that they would experience the same difficulty and wonder in this place that I just had, and wishing also that they would allow themselves to go thru it alone, with no friends or comforts to lean on, so that their experience might be deeper.

Even a decade and five continents later, what I learned on that first heady trip to Guatemala still holds true: Learning to travel is about learning to be changed. There are other ways to shed what no longer fits, other ways to enlarge our minds and souls, other ways to grow beyond ourselves. None, however, are so rapid, or so sure. So go well, I say to you; go fearlessly, and go alone. And remember to pack light, for everything you need, both good and bad, eventually and in its own way, will come to you.

An ideal starter country, Guatemala is small enough to be easily navigable on a short trip. The Spanish spoken here is largely intelligible (unlike, say, Chile), it's cheap, and there's an awesome mix of sights and activities -- from partying in Panajachel to climbing volcanoes to wandering the ruins of one of the world's greatest ancient civilisations. 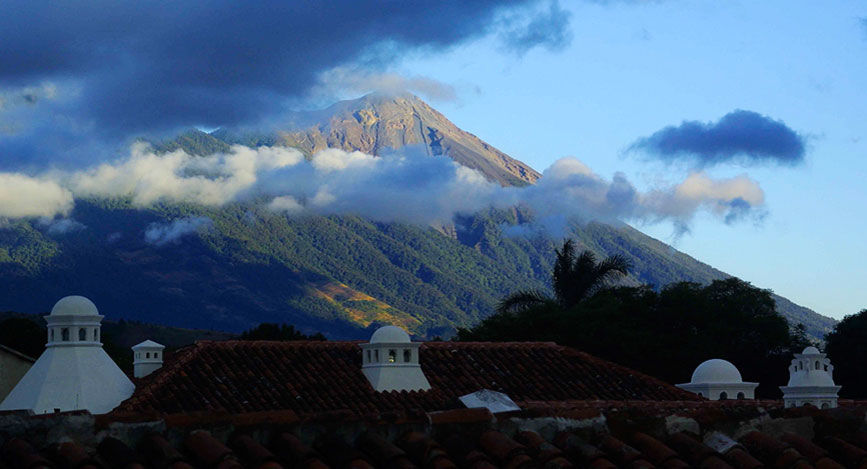 As pretty as a picture, this gorgeous colonial town with its tumbledown churches ringed by towering volcanoes makes an ideal first stop in the country. Studying Spanish here is of dubious value, since the town is full of tourists and nearly everyone speaks English, but it's still a place with more than its fair share of magic. 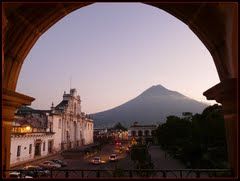 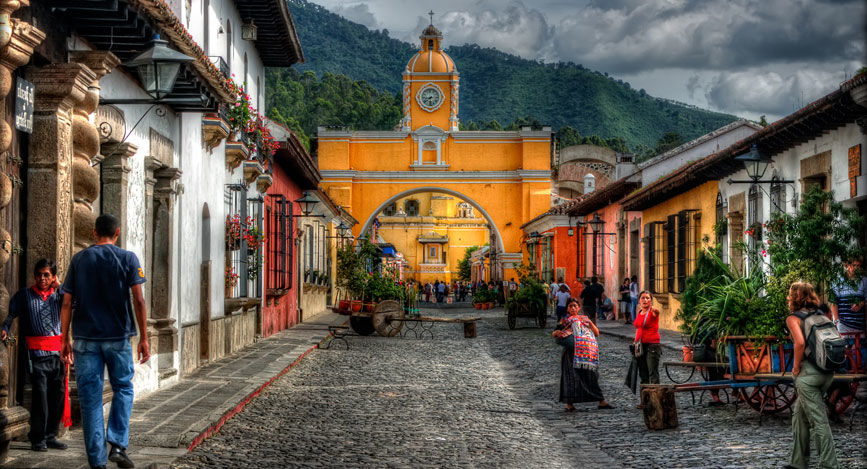 The weekend markets here may be derided as touristy, but they're also a fun and accessible spot full of local colour. Hone your bargaining skills while you wander the lanes checking out carved wooden masks, colourful textiles, and everything else under the sun. 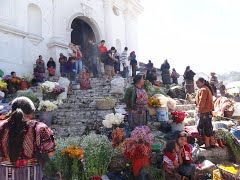 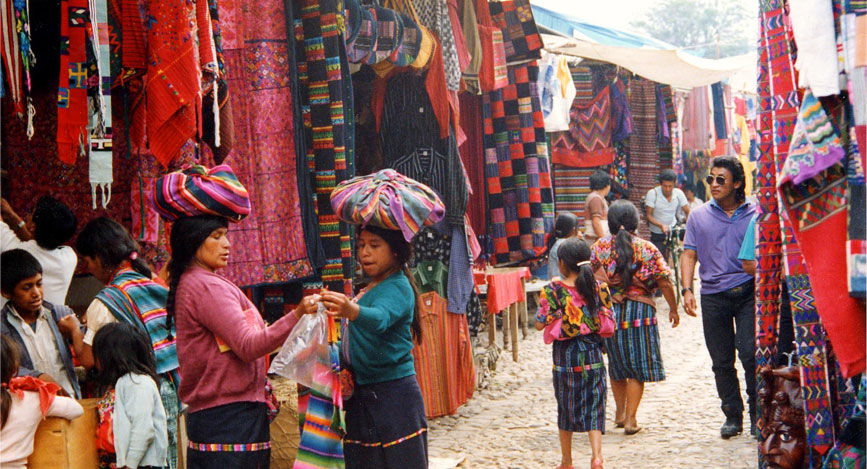 A gorgeous high-altitude lake in the middle of an ancient volcanic caldera, Lago de Atitlan is the perfect place to spend of week or so village-hopping between the numerous small towns around the lake's edges. Chill out, swim, relax, have a kayak, and walk in the surrounding hills (climbing a volcano if you're keen!). 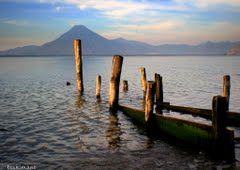 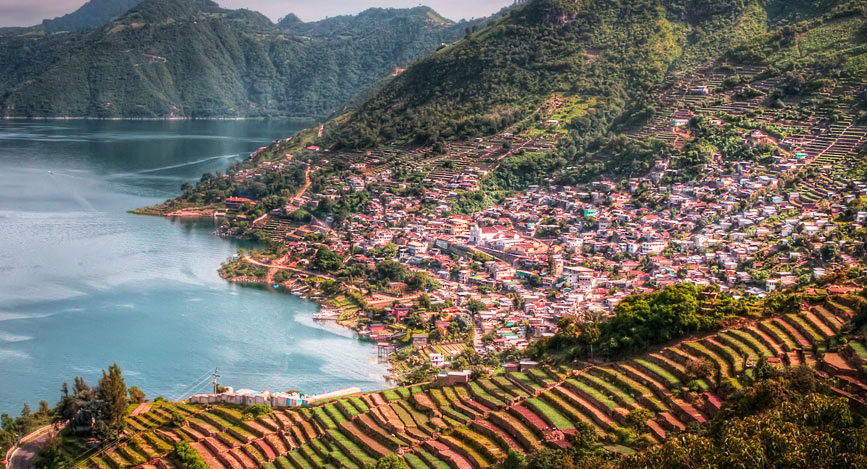 The pre-eminent hippie village around Lake Atitlan, San Marcos is the place to go for a spot of meditation or yoga, or any of a number of other crystal-based new-age activities (these latter at the spiritual retreat Las Pyramides). The lake near the shore here is cleaner and clearer than average, and there's none of the party crowds or boozing that afflicts Panajachel and other spots around the lake. 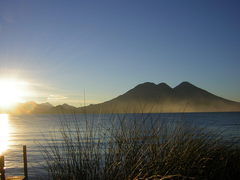 The highest mountain in Central America at 4220m, this dormant stratovolcano makes an awesome climb as a side-trip from the city of Quetzaltenango. Nonprofit group Quetzaltrekkers in the town offer an awesome guided trip to the summit for sunrise (though watch out for falling rocks on the final climb to the top). 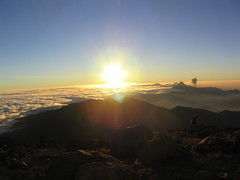 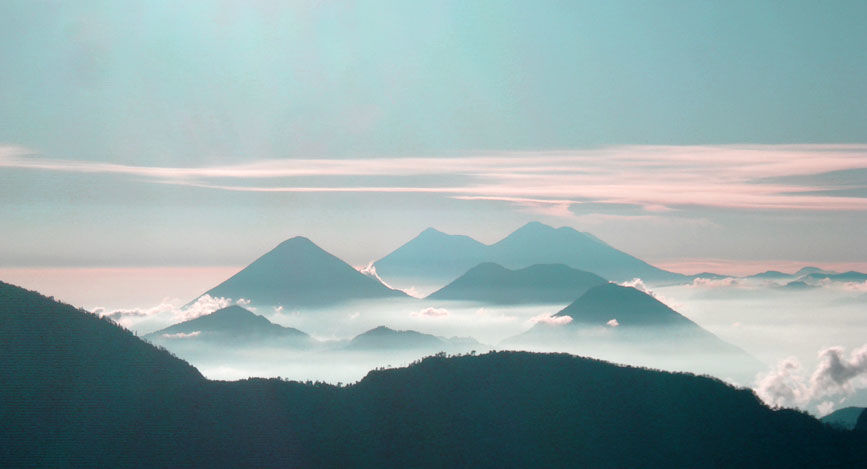 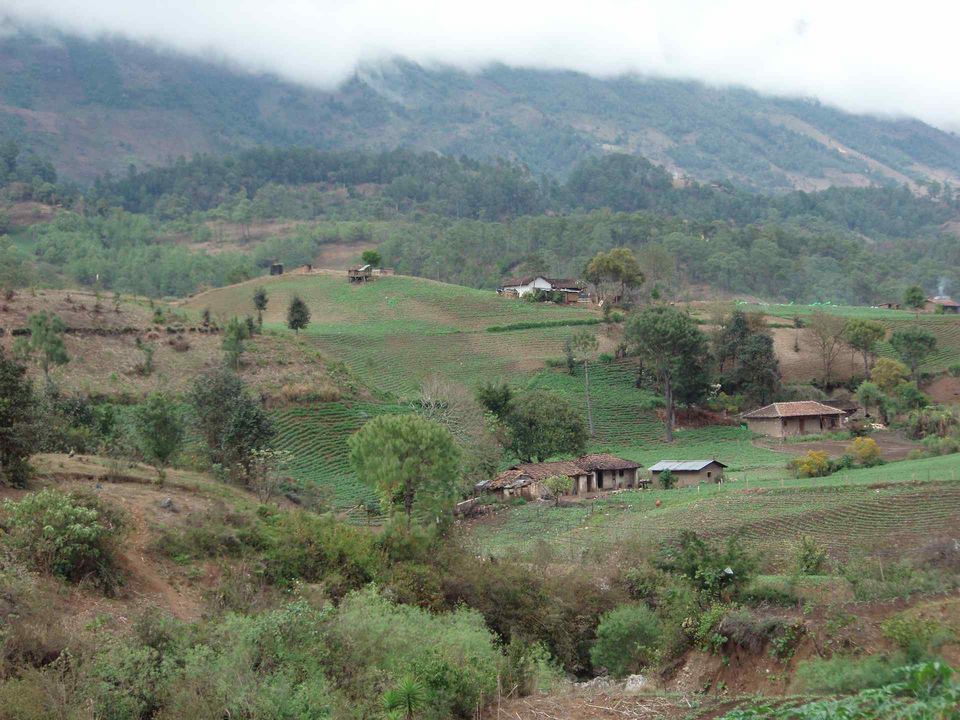 Gorgeous freshwater pools and waterfalls down a bumpy dirt road from Lanquin in central Guatemala. DO swim thru the flooded cave nearby, but DON'T hurt yourself jumping off the bridge. 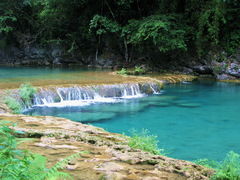 Once the centre of one of the greatest civilizations in the Americas, the collapse of the sprawling Mayan empire of Tikal left a grand, abandoned city of towering pyramids, temples and court buildings in Guatemala's northern Peten district. It's one of the greatest and most striking collections of ancient monuments in the world, and rates as THE must-see attraction in the country. 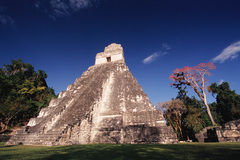 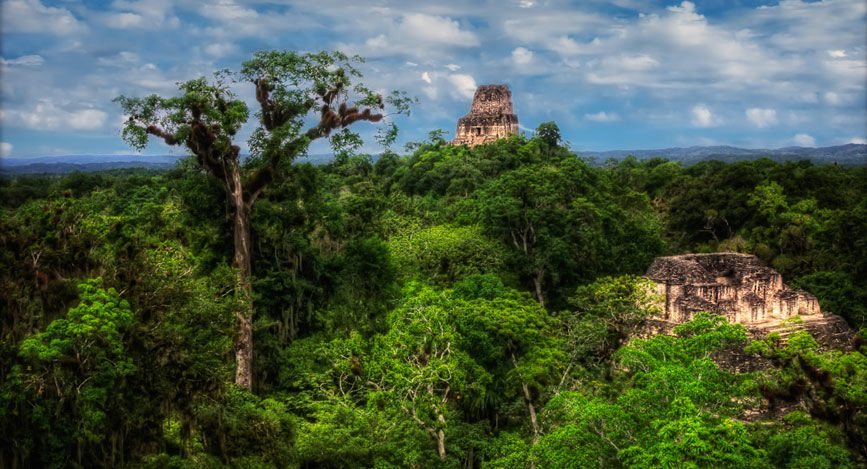 Accessible only by boat upriver from Rio Dulce, there isn't that much to see in Livingstone. Still, with its unique Garifuna population (said to be descended from shipwrecked African slaves), and nearby waterfalls (the 'siete altares'), it makes a worthwhile visit if you have time. 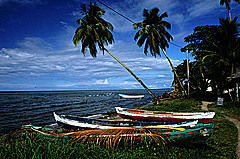