Bhangarh: Through My Lens

Bhangarh is a village situated in Rajgarh Tehsil in Alwar district, Rajasthan India. It is famous for its historical ruins and is considered to be one of India's most haunted places. It is 65 kms far from Jaipur. The most fascinating aspects of Bhangarh are its old buildings. The palace is protected by two inner fortifications.

The Bhangarh fort was built by the Kachwaha ruler of Amber, Raja Bhagwant Singh for his son Madho Singh in 1573 AD. His other son was the famous Man Singh, a general of Akbar. Madho Singh was succeeded by his son Chatr Singh.

According to a famous story, the daughter of Chatr Singh was the beautiful princess Ratnavati . She was so beautiful that tales of her beauty spread far and wide and she received many marriage proposals. A tantrik priest, who was well versed in black magic, fell in love with her. He knew that he didn't stand a chance with the beautiful princess, he tried to cast a spell on her. While, the princess' maid was buying perfume for her in the village, he cast a spell on it so that Ratnavati would fall in love with him. Ratnavati came to know of this and threw the bottle. It turned into a boulder and hit the tantrik. He was crushed under its weight, but before he died, he cursed the princess, her family, and the entire village. Due to his curse the palace and the village is forever condemned to desolation and is inhabited by evil spirits. If any villager tries to build a roof, it apparently mysteriously collapses, and this can be verified that no building has a roof, stairs goes to nowhere. It seems that the entire village had been cut by a giant sword, the upper part is mysteriously disappeared. 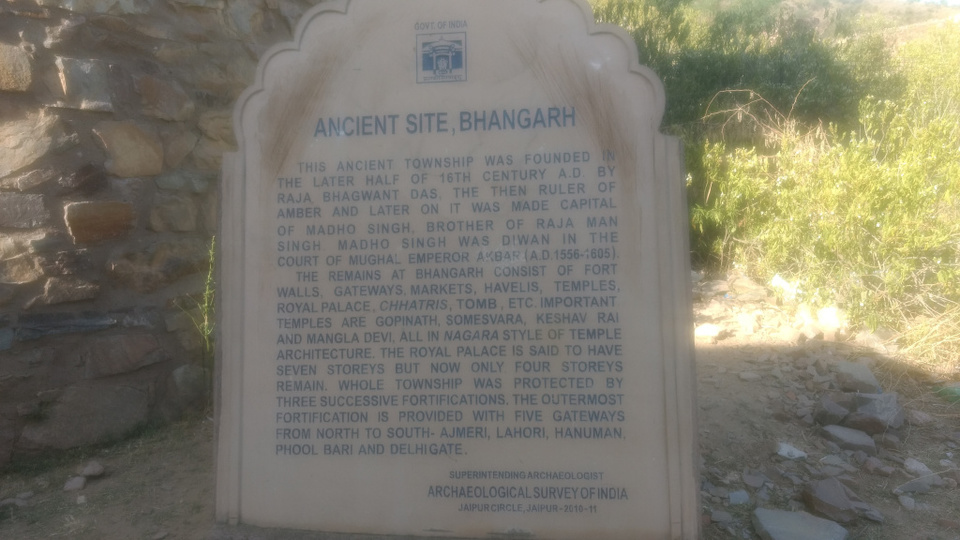 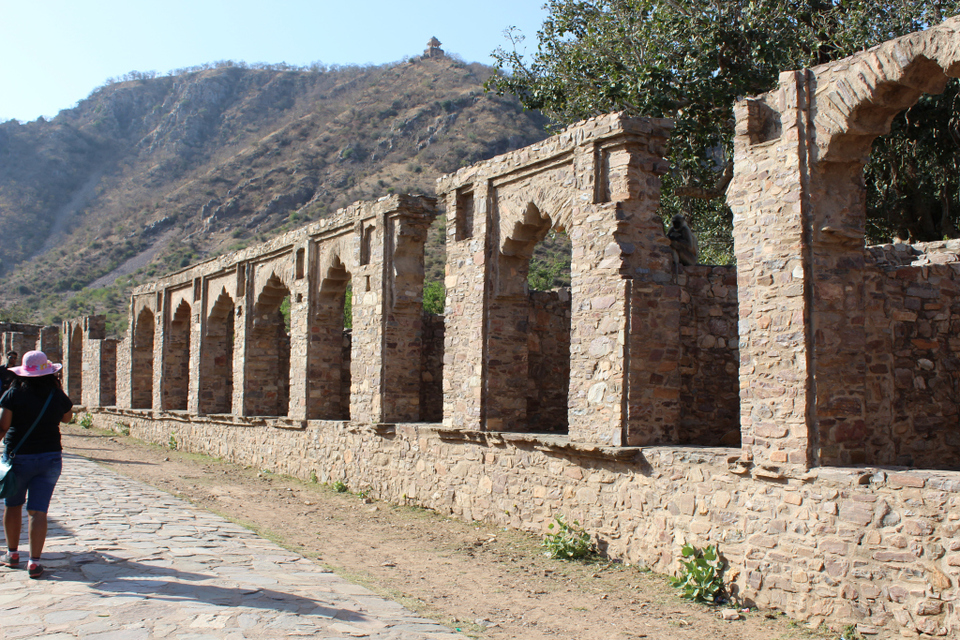 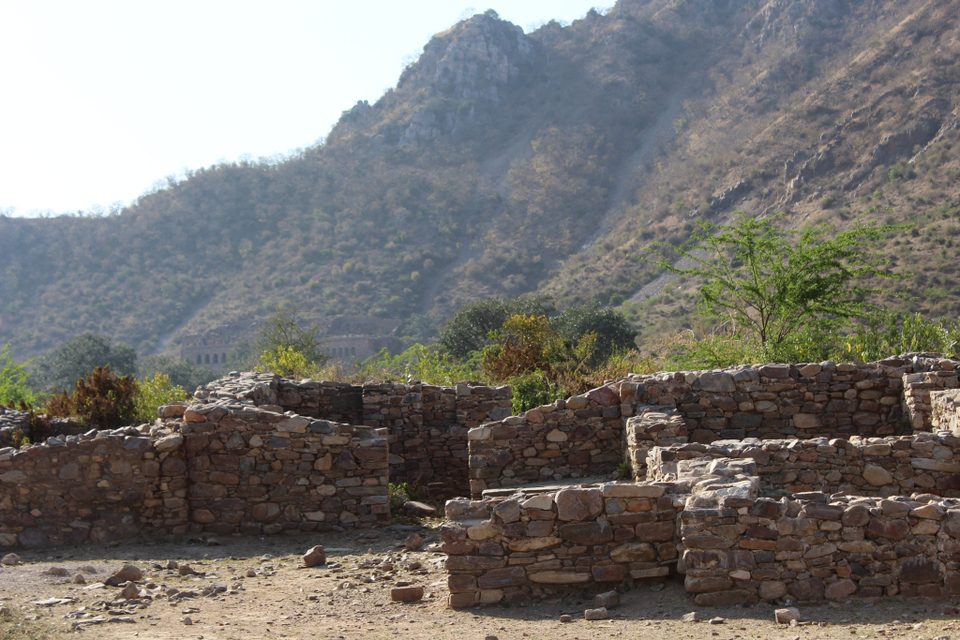 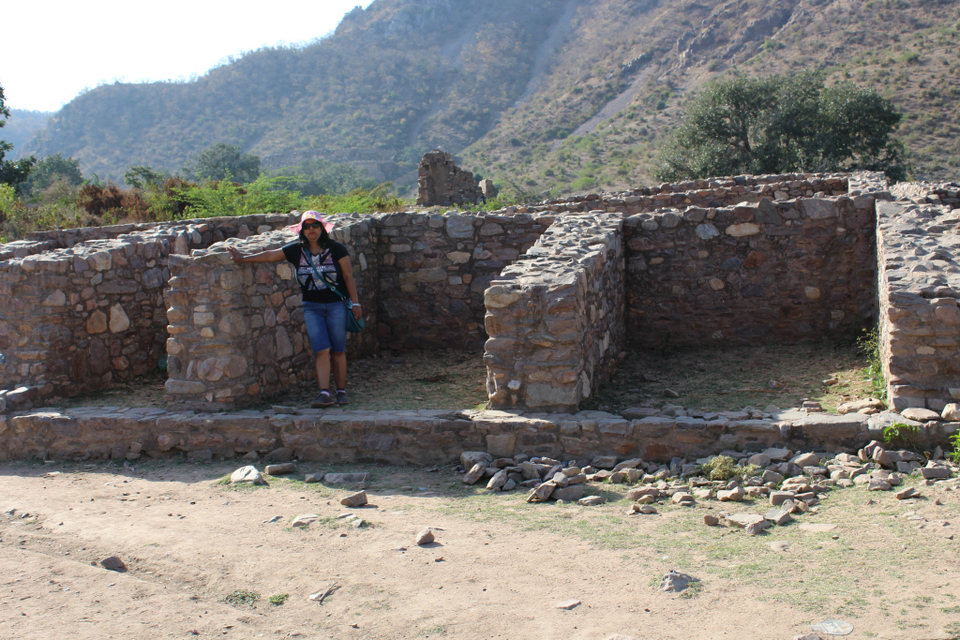 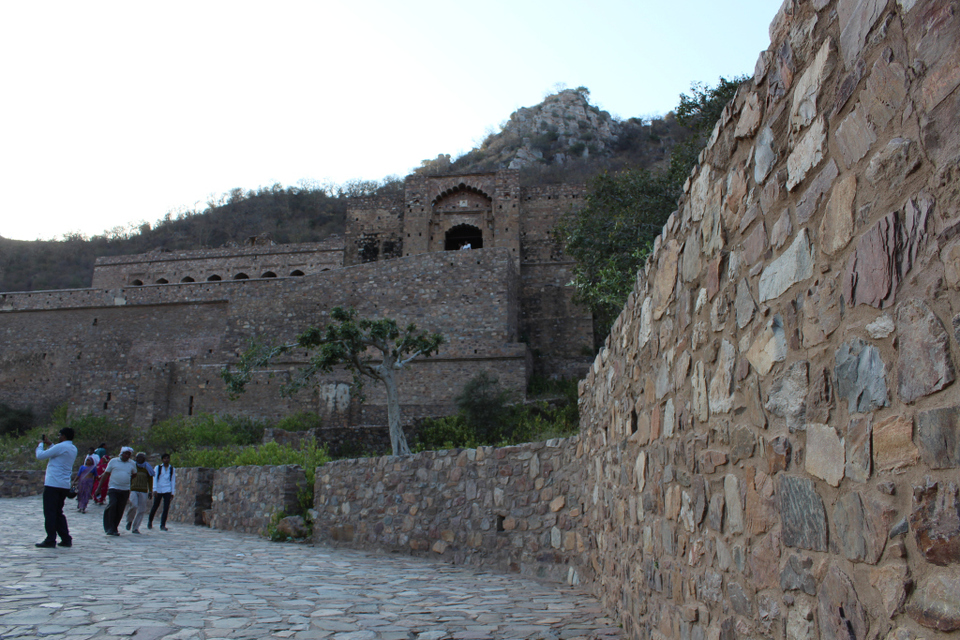 The Palace and Fort of Bhangarh 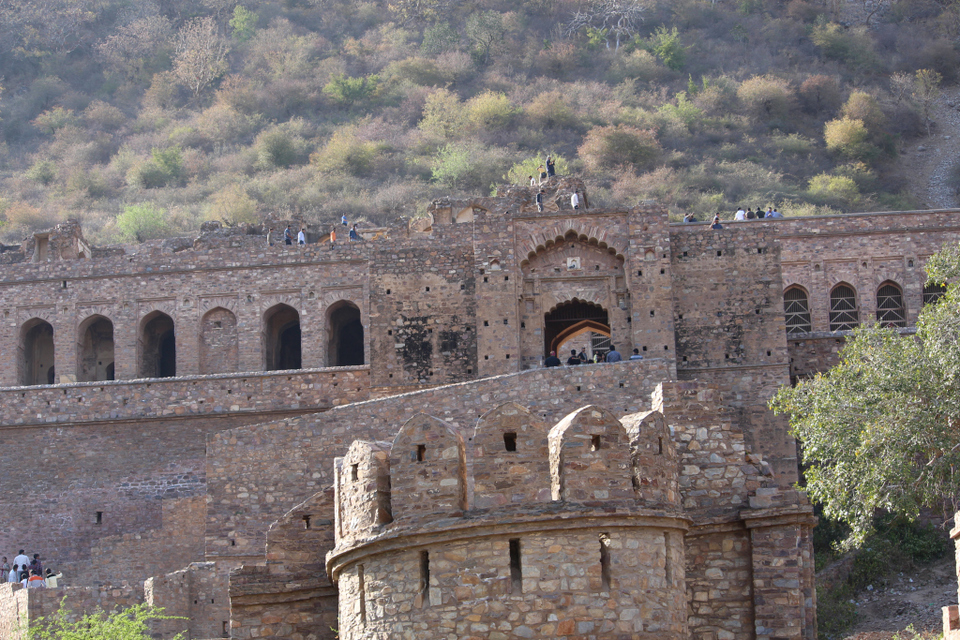 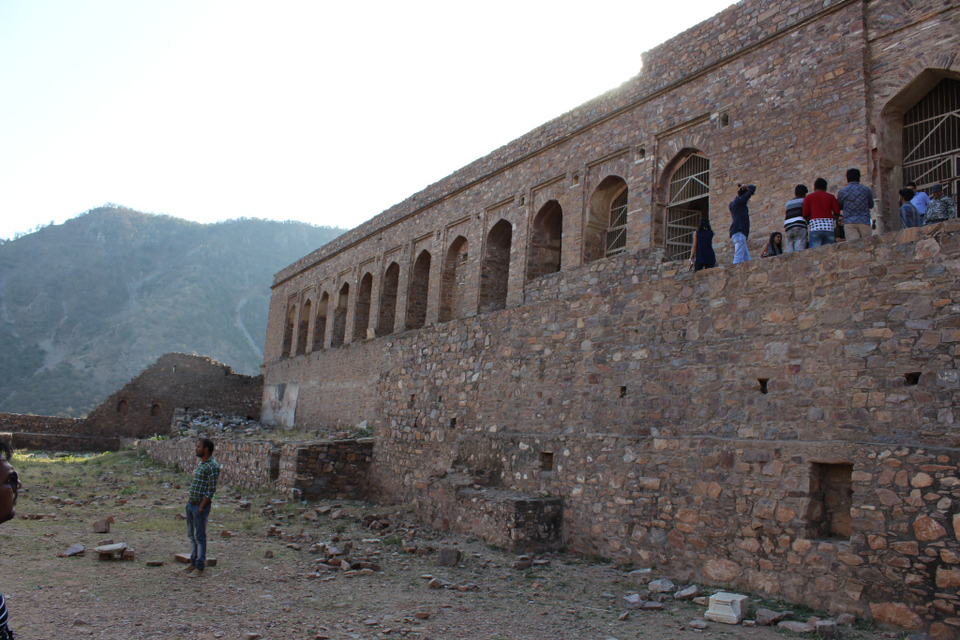 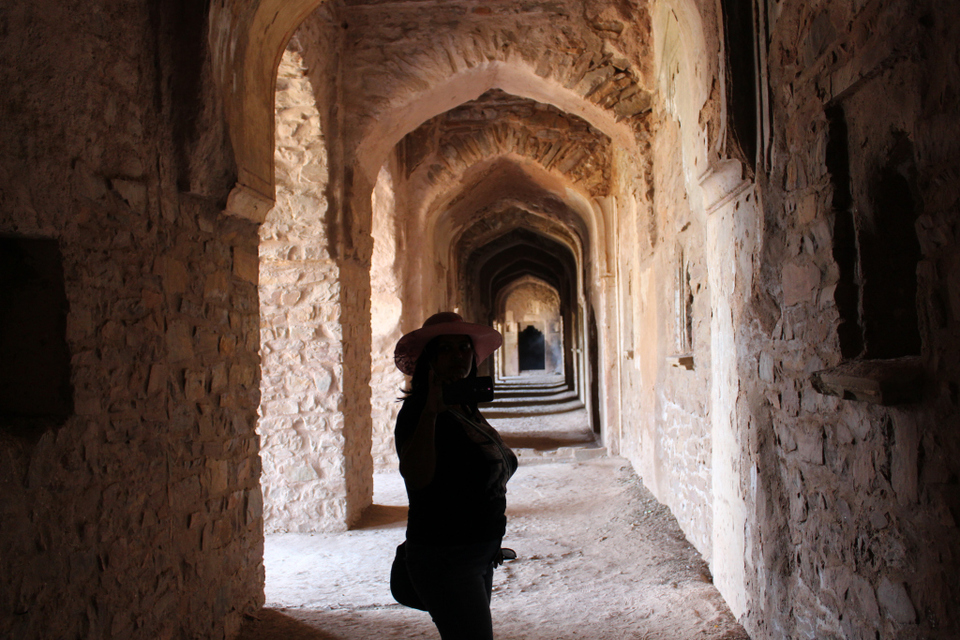 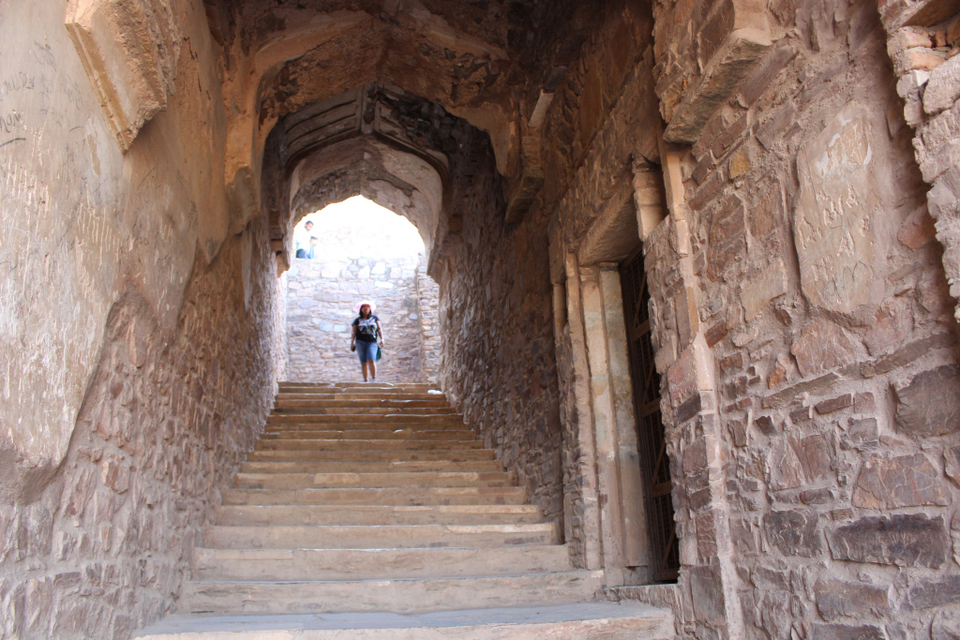 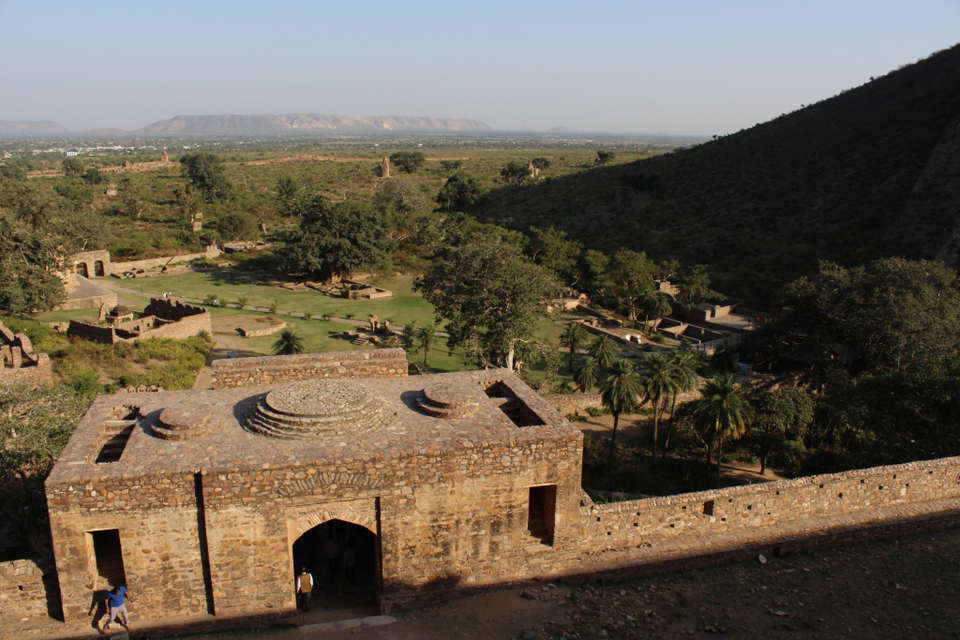 A glimpse from the top 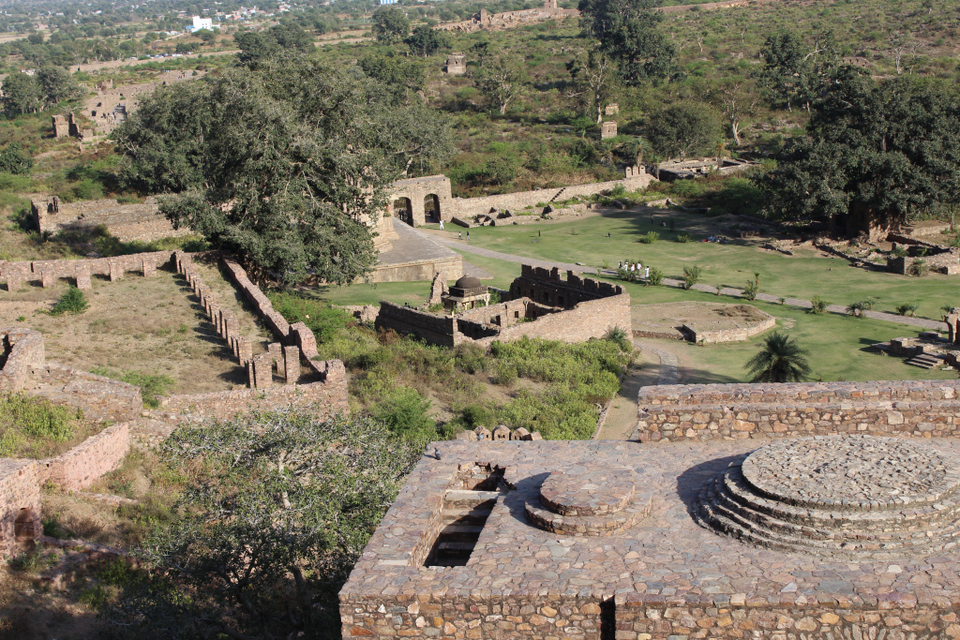 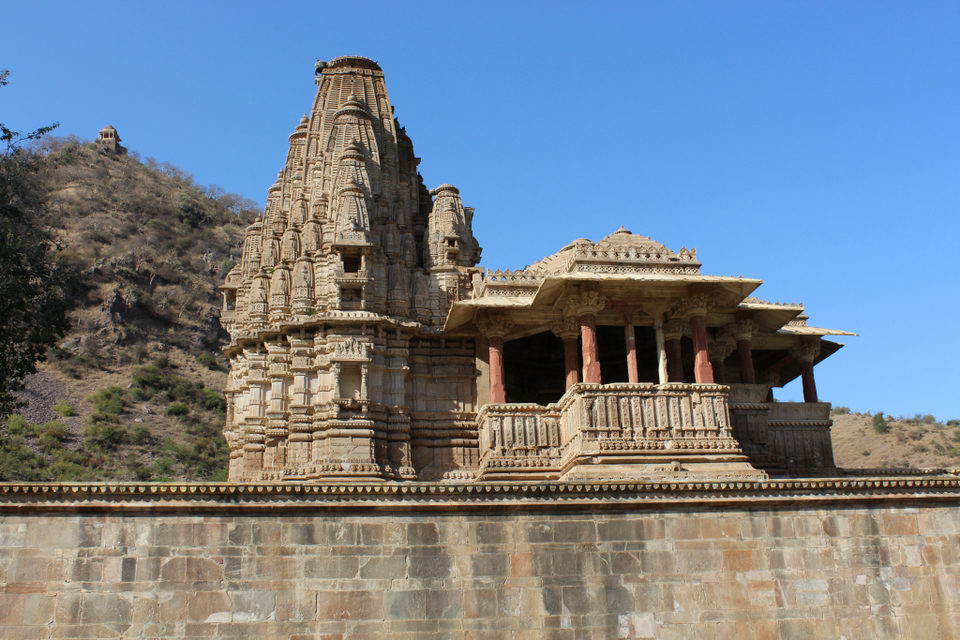 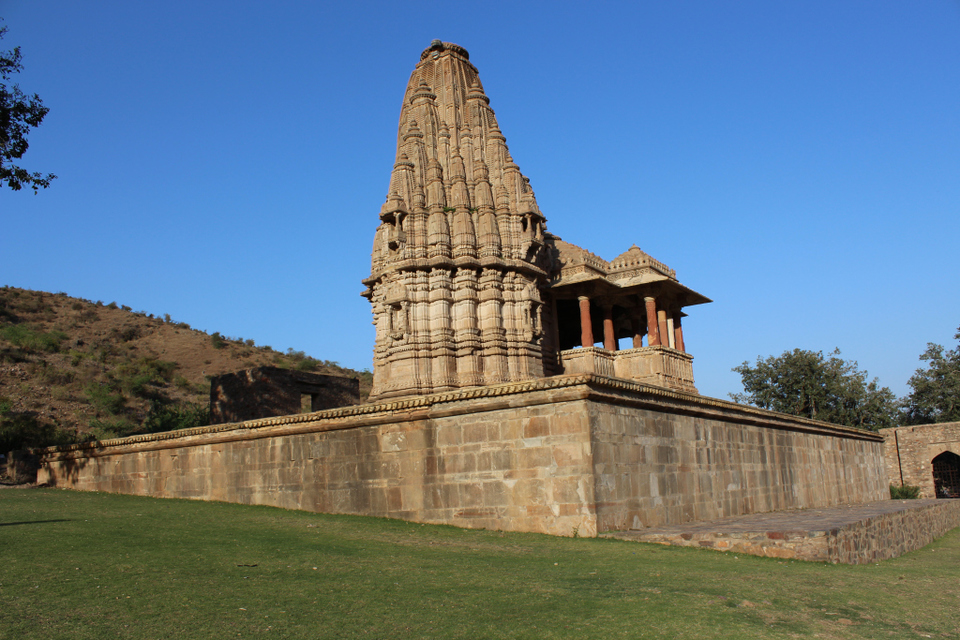 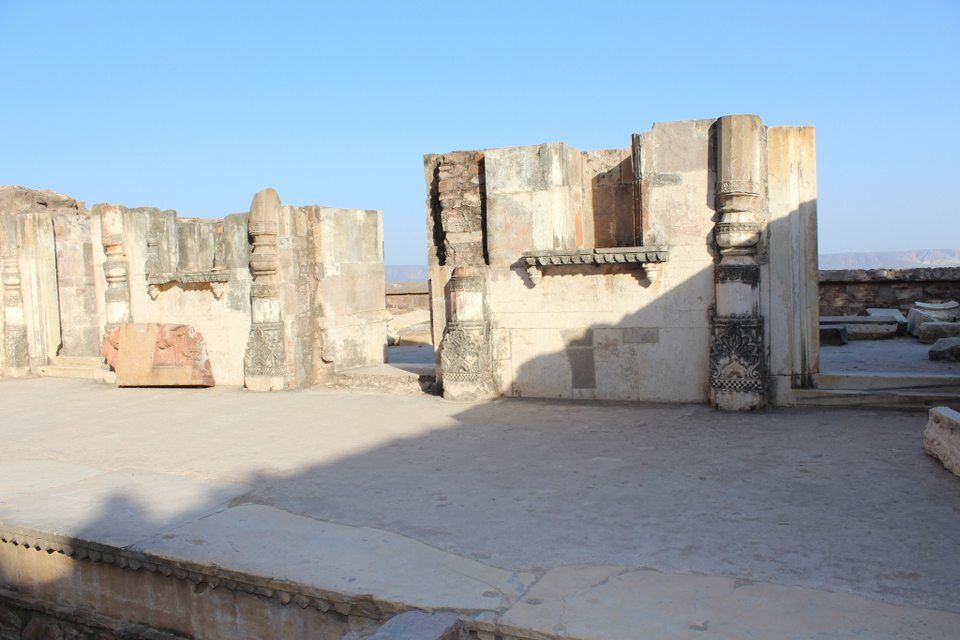 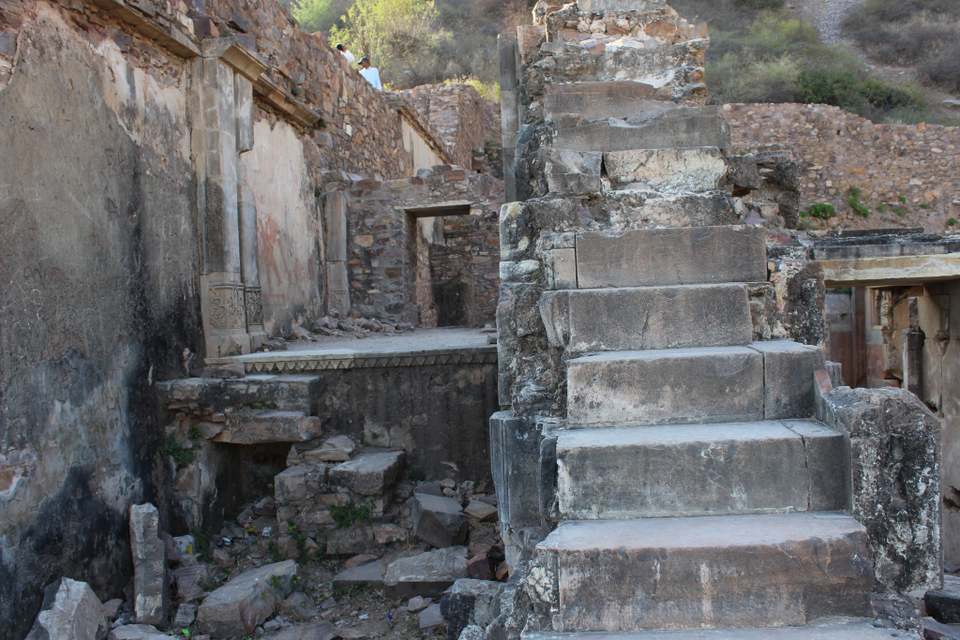 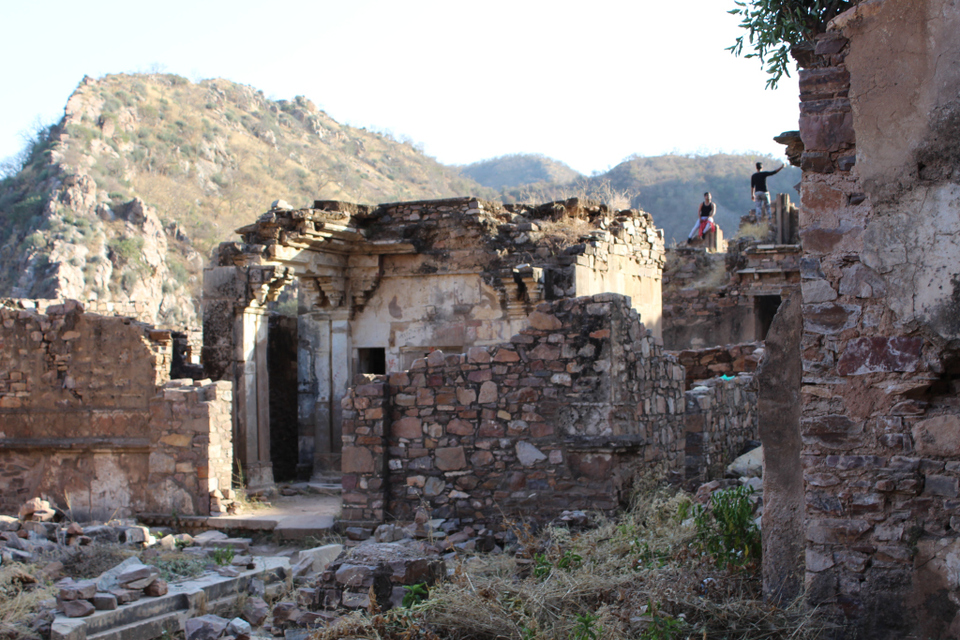 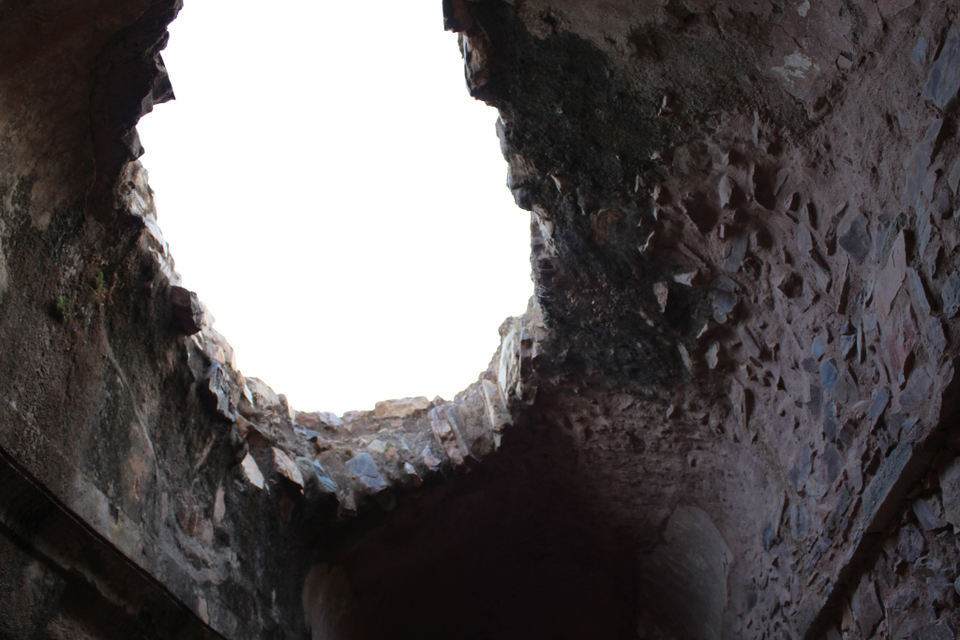 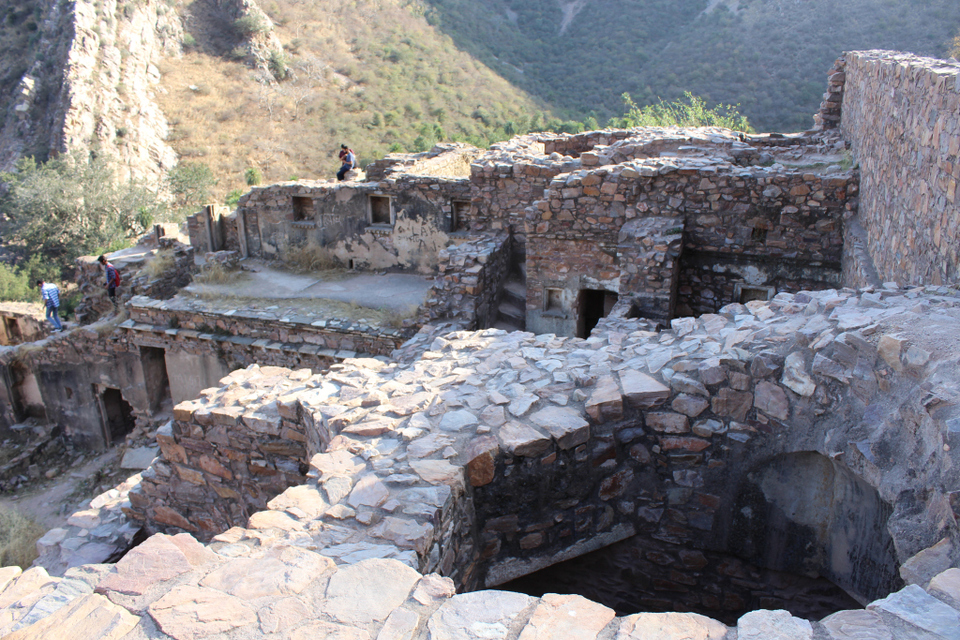 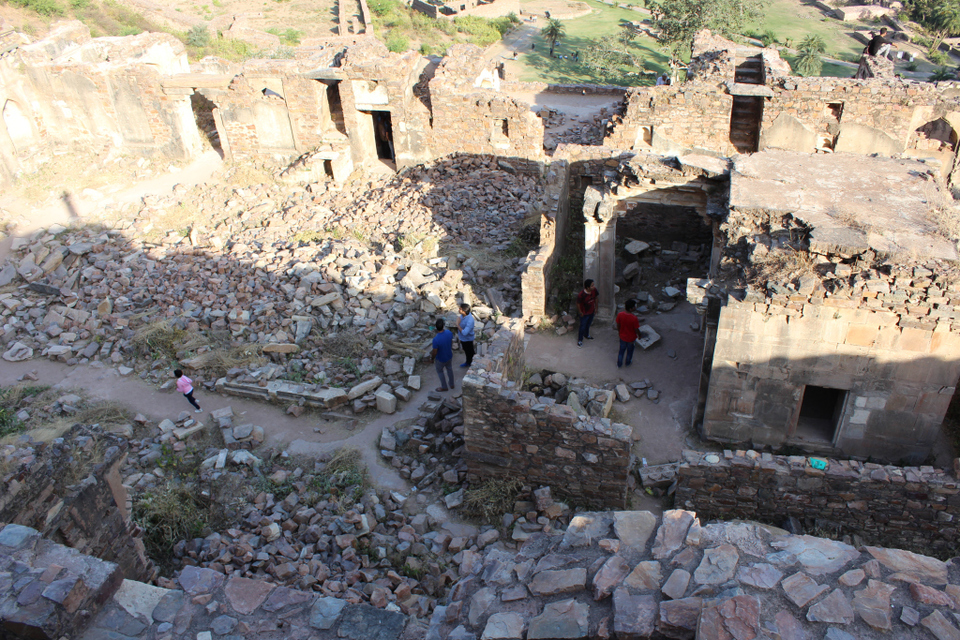 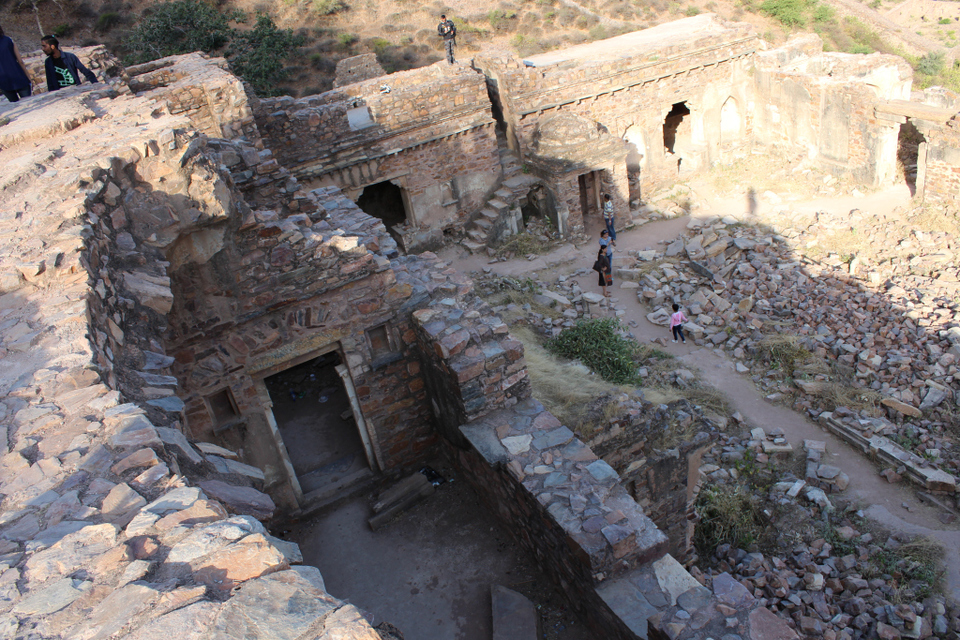 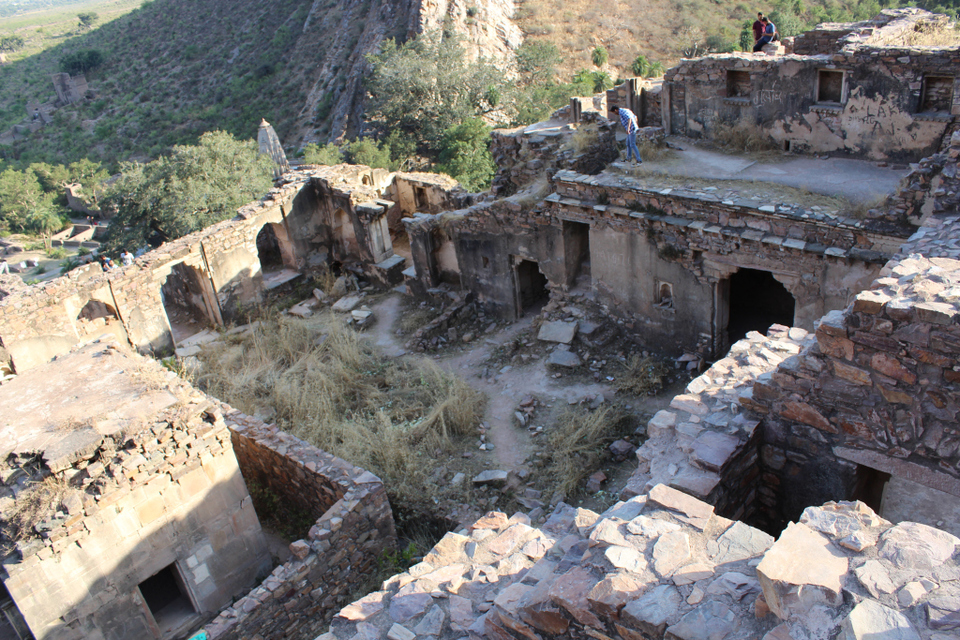 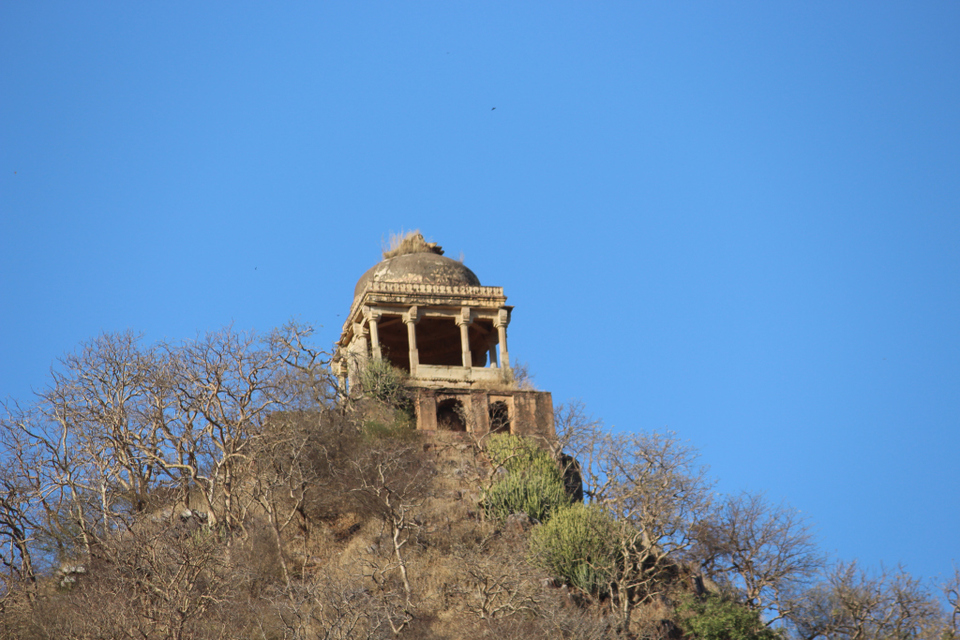 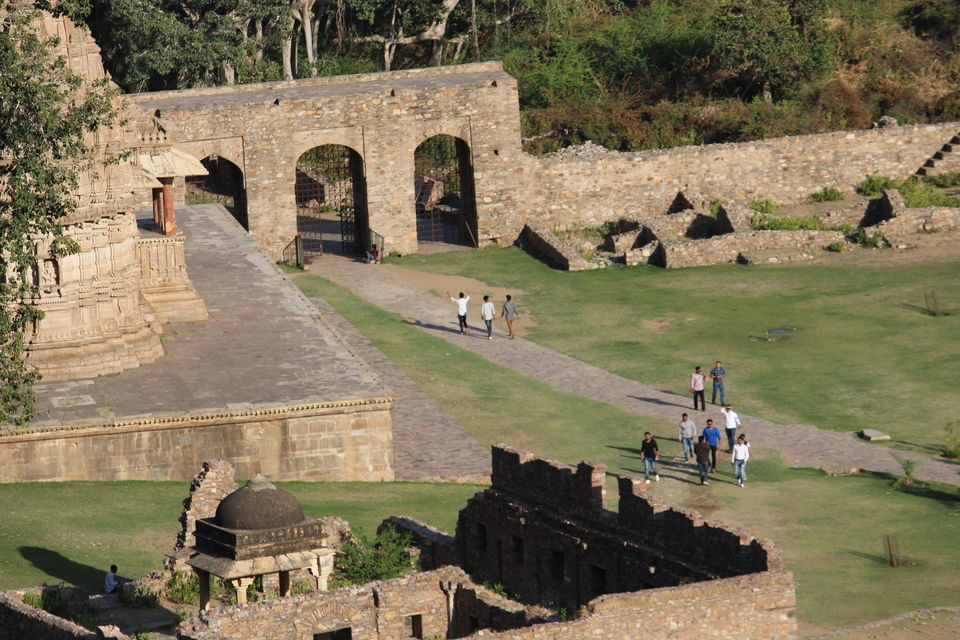 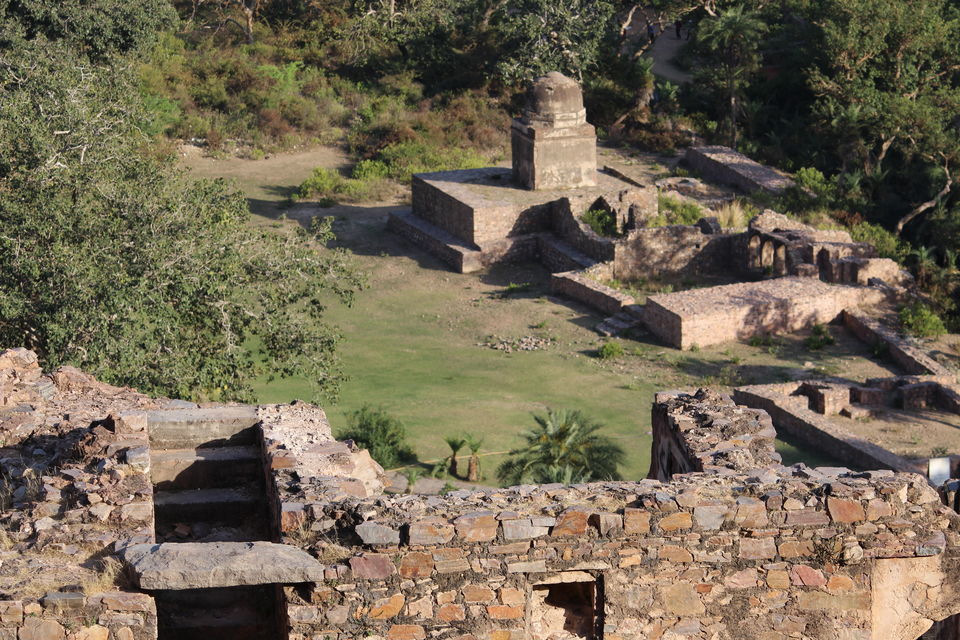 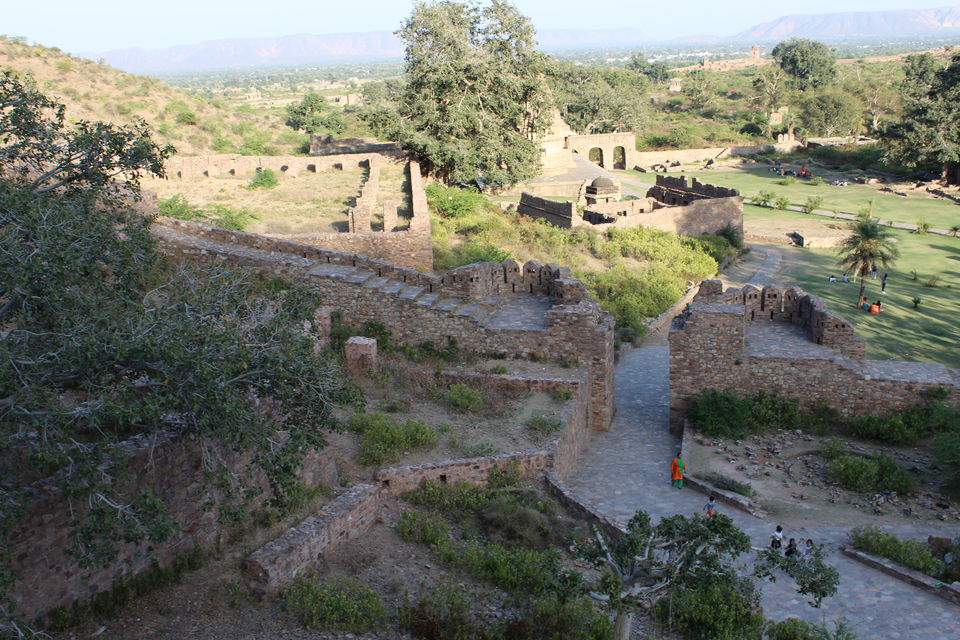