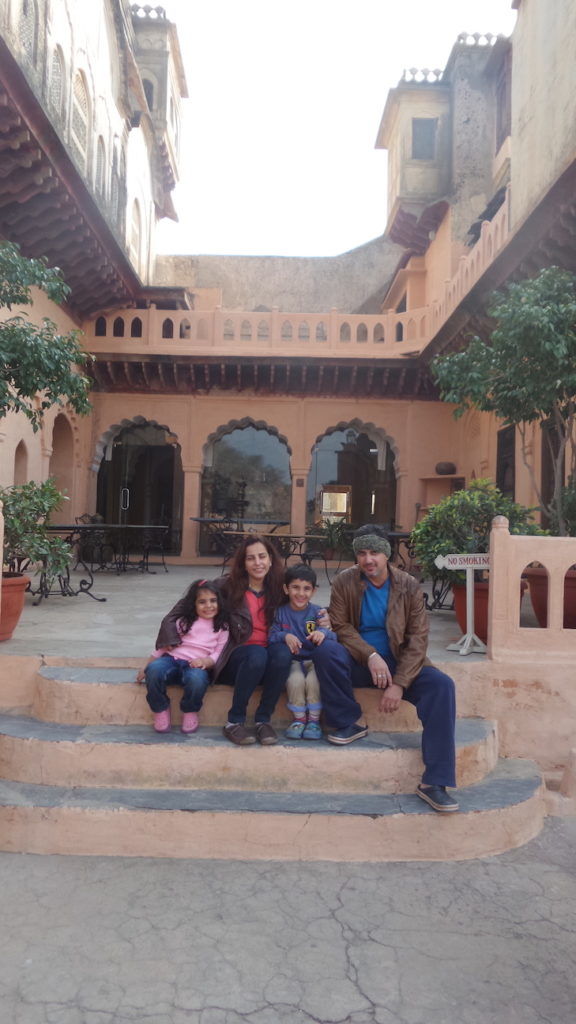 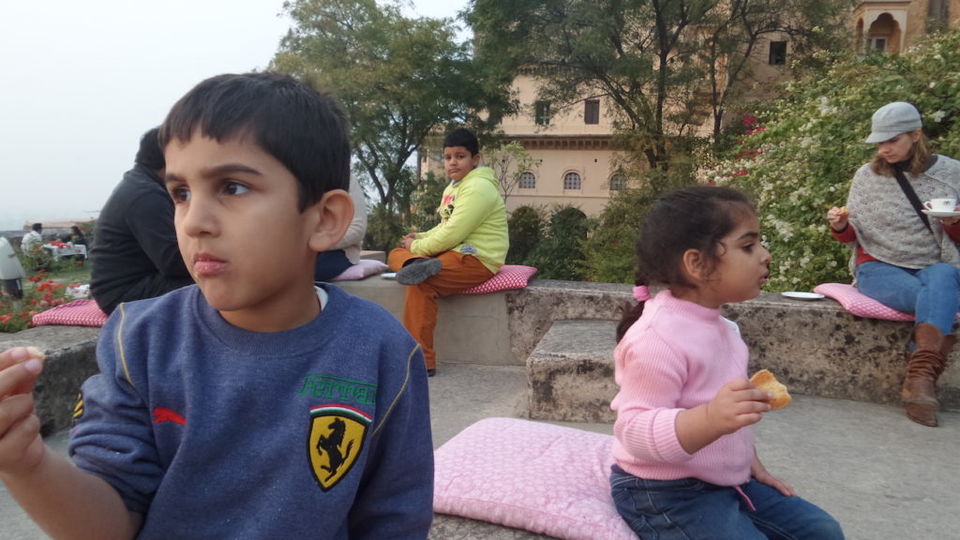 After 5 days in Narkanda, the next morning we headed out to Neemrana. The route from Narkanda is Pretty straightforward, moving South - West on NH 44 we drove past Chandigarh towards Delhi. A little after Sonipat we got onto the Kudli - Manesar - Padwal Expressway (I suppose every local MLA and corporator whose constituency this road passes through wanted her own and her mother - in - law's village mentioned in it's name!) which got us onto NH 48. About midway between Delhi and Jaipur lies the sleepy town of Neemrana. In all, around 525Kms which we covered in a decent 10 hours, including stoppages for breakfast at Shimla and lunch somewhere between Chandigarh and Panipat. Having left at 0730rs, we reached our destination by 1730Hrs or thereabouts.

I've travelled a fair bit across Punjab by road, and have never failed to be delighted by the food that one comes across. Even the most insignificant little dhaba will serve you the most delectable meal, no matter the time of day, and all cooked in the traditional Punjabi style, served with dollops of fresh white butter and the ubiquitous lassi that's always present on your table. So you can well imagine my horror when I realized that all traditional dhabas have disappeared from the new NH 48!!! All we came across were plastic and chrome monstrosities bathed in a harsh neon glare, serving bland, sanitized and insipid fare masquerading as the real stuff! With no options left, we went into one of these joints, the name of which I don't remember. The Aloo and Gobi parathas were lumps of half - cooked flour, with a sorry piece of boiled potato or grated cauliflower lurking in some corner. As for the dal and subzi, the lesser said the better. In our quest for modernizing, I think we're somewhere losing the essence of who we are, with everyone turning into an empty clone of what we aren't, all made from the same sorry 'plasticky' mould.

Once we entered Neemrana town, all we had to do was glance up to be greeted by a breath - taking view of the resplendent Neemrana Fort Palace! Access to the fort is through the main market, with a small turn - off taking you up a steep winding path that ends at the massive doorway to the fort. We parked and walked in the rest of the way.

One of the inner courtyards at the Neemrana Fort Palace

The fort housed the descendants of Prithviraj Chauhan III since the mid 15th century. Somewhere from the middle of the 20th century the fort was abandoned and started falling into ruins like most other forts in India, with the erstwhile owners unable to afford its upkeep. Thankfully, the powers that be converted this beauty into a hotel, not only managing to restore it to it's former glory, but also provide employment to the locals!

We were booked to stay in the ' Lehsuniya Mahal' suite, and getting to it was no mean task! Navigating through a bewildering array of steeply climbing staircases, winding corridors that allow only one person to pass at a time and walking down passages that seemed to have been tunnelled through the very rock that housed the fort (which it probably was!), we finally reached our room. like the rest of the palace - fort, the Lehsuniya Mahal is quite comfortably appointed, while retaining the original character of the place. Ornate dressing tables, colourful carpets and drapes, a 4 poster teak bed and bathrooms large enough to house a nuclear family, all come together to recreate the magic of what once may have been the lifestyle of the fort's original inhabitants. There is no room service. Given the obstacle course you have to navigate each time you need to get to your room, that is understandable enough. I also suspect the corridors and stairways shift their position at night, much like Hogwarts castle - can't think of any other explanation for the fact that each time I'd return to our room, I seemed to have taken a different route through the bowels of the fortress! Having said that, the place is quite nice, and you can spend a memorable weekend exploring the fort itself and indulging in all the luxuries it has to offer. 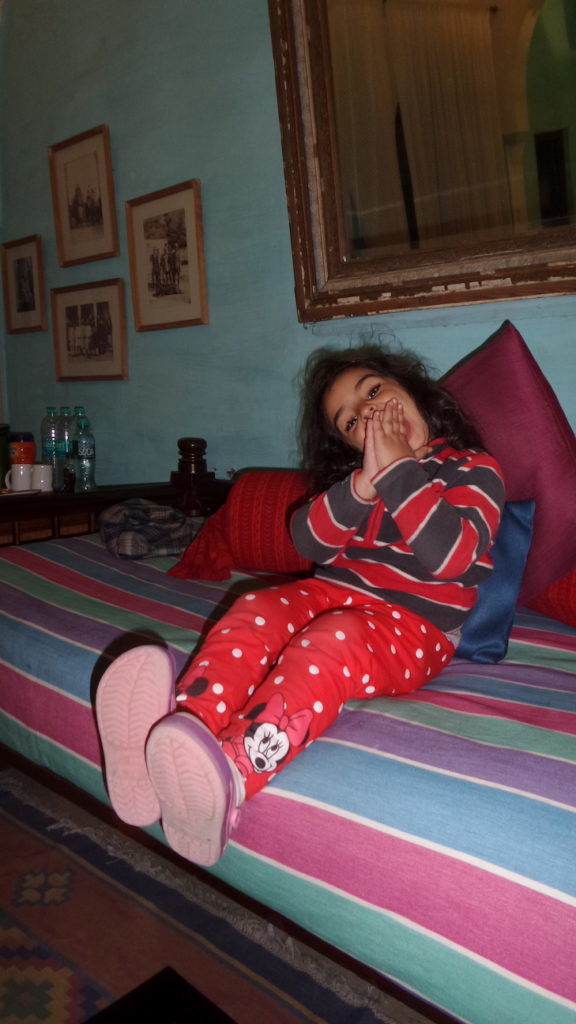 Ranga relaxing on a settee - extra bed in the Lehsuniya Mahal. Don't miss the authentic sepia - toned pictures on the wall!

The next night was 31 December, and like most resorts / hotels, Neemrana too had organised a gala dinner which was compulsory to pay for. The lawns on the side of the hill were done up for the New Year party. The decor was tasteful, luxurious and reflected the touch of a discerning individual. What made it even more interesting is that the lawn isn't at ground level, but actually is the side of the hill which is ensconced by the fort, so you have the ramparts and other structures of the fort surrounding the lawn on 3 sides, adding to its character. As we settled down at our table, the manager came bustling over and insisted I come and meet the owner of the place. He'd been tickled pink since the time we arrived (we usually get this reaction from a lot of people on our road trips. I guess travelling and discovering by road is still a novelty), and was very keen that we meet the owners and vice versa. As it turns out, the owner was a distinguished looking man in his mid 50's, with a well coiffed beard and the most piercing eyes I'd seen. He introduced himself as Aman Nath, explaining how he'd taken over the fort in 1986, painstakingly restoring it and opening with just a handful of rooms in 1991. Since then, restoration and maintenance of the fort is an ongoing project for him. The zeal and passion with which he undertakes this was amply evident in his eyes. There was unbridled pride and love, like this wasn't about building a hotel as a commercial enterprise, but a means to restore these mute monuments of India's medieval glory to their former splendour! It was a privilege and honour to have met someone who has such a profound impact on restoring our crumbling monuments to their former glory in a self - sustaining fashion. More power to Aman nath and his tribe! 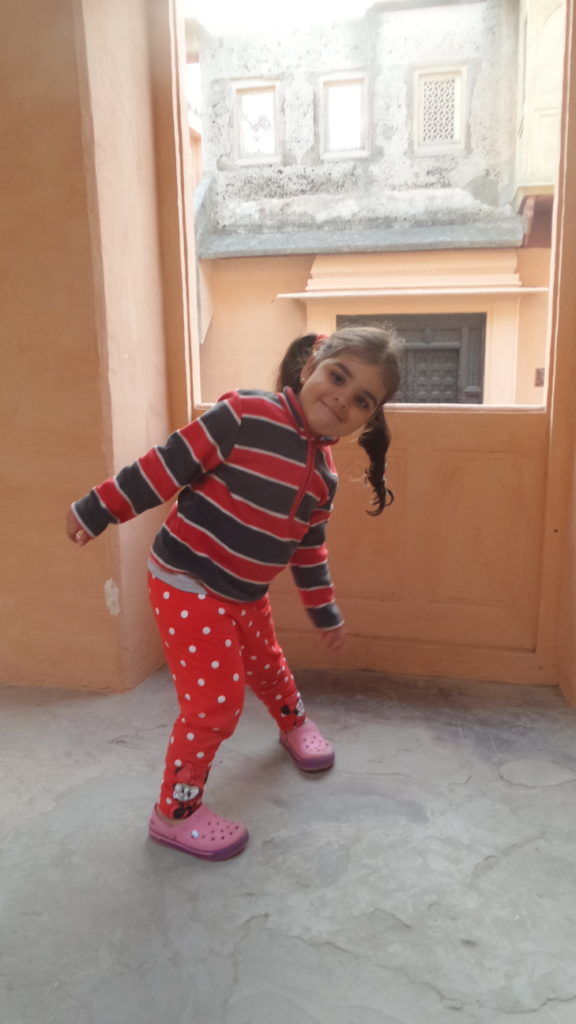 After a memorable couple of nights at the Neemrana Fort Palace, we headed on towards Mumbai and home. Our next halt, again along NH 48, was the fort - town of Kumbhalgarh. Here, we stayed at the Club Mahindra Kumbhalgarh resort. This is one of the properties which Club Mahindra has built themselves, and that reflects in the layout, construction and attention to detail. The luxury tents are exactly what the name suggests - luxurious! Each of these tents is constructed on a stilt, straddling an artificial moat, and has every creature comfort one could ask for, besides a semblance of privacy. The property itself is spread over 10 - 12 acres of manicured lawns, and is again a self - sufficient oasis, pretty much like all properties that Club mahindra have built (can't say the same for their affiliate properties though!). We spent 2 nights here, which involved walking around the area and availing of the spa and other facilities the property had to offer. 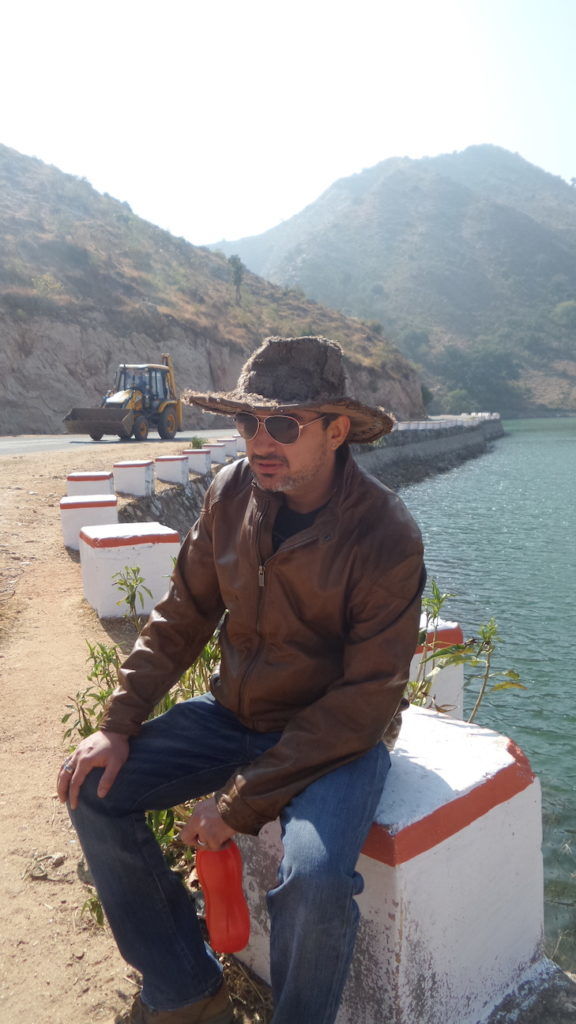 Besides exploring the area around the resort, we spent one evening visiting the Kumbhalgarh fort. This is a world heritage site, built in the 15th century by Rana Kumbha. The day we were there, there was a light and sound show at night, retelling the story of how the infant prince Udai was smuggled to Kumbhalgarh when Chittorgarh was under siege, and his subsequent elevation to the throne. Ahmed Shah, the Sultan of Gujarat, and the dreaded Mahmud Khilji tried to conquer the fort, but failed. While Akbar briefly managed to gain possession of the fort after the victory at Haldighati, this too was short - lived, with Maharana Pratap wresting it back from him. The sound and light show retold this history, and all I could think about is why we weren't taught this while in school! Tales of such valour and magnificence reduced to an apologising after thought, while all we are taught is how the history of India is restricted to the Mughals and Gandhi - Nehru family. Pathetic, to say the least. It was heartening to see people thronging to the Kumbhalgarh fort, and listening to an abridged commentary on its history.

Finally, we headed back to Mumbai. The drive back was uneventful in itself, other than the superb meal we had at the Ahura Hotel in Ambivali. This little gem is bang on NH 48, albeit on the North bound carriageway. It has pretty much all you'd want to have by way of Parsi food, including Akuri, Salli boti, Berry pulao, Lagan nu custard and an in-house bakery selling freshly baked cookies and other goodies! After stuffing ourselves to the gills, we managed to crawl back to the car, for the 120Kms to head back home.

It was good to be back home after nearly 17 days on the road - 17 days of experiences and memories that'll last a lifetime!