#SwipeRightToTravel The next day I booked a ticket for the tour (guided word is deliberately avoided) of places around Udaipur. We motley group of people with diverse languages and even nationalities are waiting for the bus. We have a very beautiful woman from Spain in our bus. (In fact she is the only foreigner) She is wearing bangles, bindi and had henna on her hands. She had come for a friend's wedding in India. She tells me that she loved chai and Indian people. Good to see that in spite of the recent untoward incidents towards foreign women they still carry good impression about India and its people.

The bus arrives and all of us hop in. the bus is a sleeper bus which plies at the night time. It is being used during day time for sight-seeing tours to make more money. I am asked to sit cross-legged on the upper berth. I refuse. So I am given a lower berth at the last. The upper berth which I was offered is given to the foreigner. She happily climbs up and occupies her seat. I have had been on so many day tours in so many places in the country, but no where I was taken around in the sleeper bus. The disadvantage of sleeper bus apart from the fact that I have to sit cross-legged is that it comes with sliding Formica partitions. The family sitting on the opposite berth choses to closely guard their privacy and closes the partition. As a result while the bus is moving I am refused my right to see as to what is happening on the other side of the road.

Finally we all have settled on our seatsor in better words resigned to our fate. After an hour or so the bus stops at the highway. All of us are asked to get down and visit the temple to the left. We are at Ghaisyar. The driver doubles up as a guide to tell us about the spots we are visiting. However he miserably fails as a guide because he does not tell much apart from the instructions go here and go there.

We climb up the fleet of steps to visit the temple. There are wooden steps akin to those in an amphitheatre where all of us sit. The sanctum is curtained. The Spanish woman comes from behind. She does not know what is happening and is apprehensive to come in. She stands in the corridor. I ask her to come inside and sit, for the darshan will begin. I tell her about the custom whereby the doors of the sanctum are closed periodically and opened only seven times in a day. This was the knowledge which I had recently acquired from the Gujarati family seated next to me. As the driver has not dished out any instructions I feel that this is the famous temple of Shrinathji at Nathdwara. Again the Gujrati family adds to my knowledge by telling me that this is Ghasiyar where Shrinathji had stayed and not Nathdwara.

Finally the doors of the sanctum open and we prostrate before a picture of Srinathji. The foreigner asks me as to why the doors are closed and periodically opened. I tell her that it is because of customs followed since times immemorial. 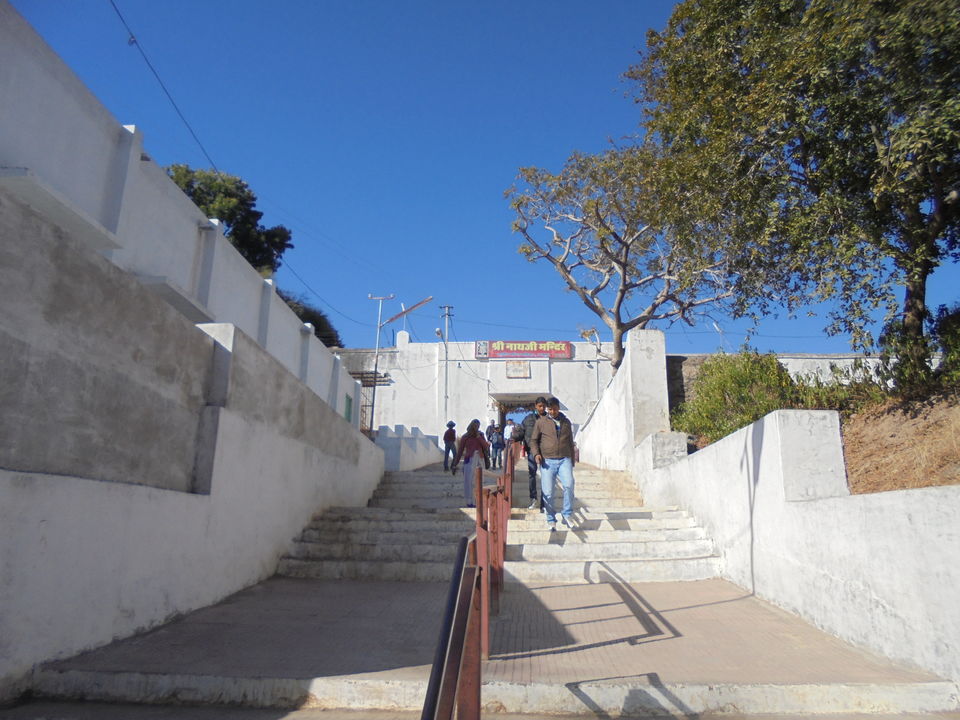