Rishikesh: Of Worship and Serendipity 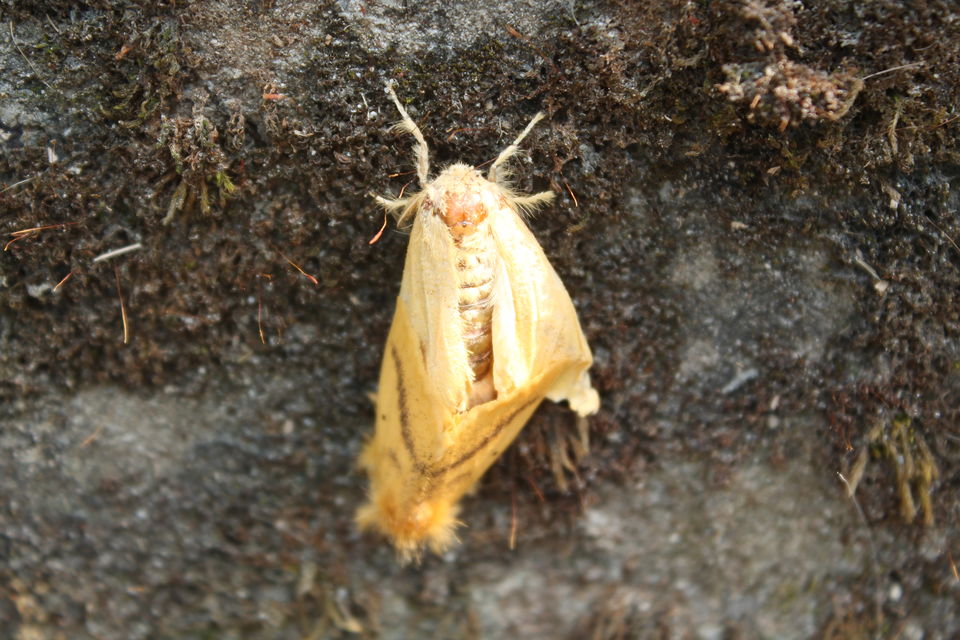 On entering the camp site, I could see lunch being prepared in big pots to fill big stomachs. People roaming about, interacting with each other, joking, smiling, laughing. Just how I’d always imagined it to be.

Soon after a hearty lunch, we were all allotted our tents with two people staying in one. They were nice and cozy with two cots set up in them and a thick quilt neatly folded and kept on one side. But this is not even the best part. The gem lay behind the camp site through a small metal gate. A little brook running slowly, minding its business as it made its way from the mighty river eventually to fall back in again. Flowing around big rocks and over smaller ones, leaving pools of still water to the side where tadpoles got a chance at life and so did fishes. Nature, how beautiful it is in its raw brutality, where an unseeable pyramid is seamlessly at work, checking and balancing who goes on and who goes back to the Earth.

Quickly I noticed, the brook wasn’t completely untouched. There was a small damn built with rocks to create a reservoir where people could dip their feet and let the tadpoles eat all the dirt away (I don’t think they noticed that last bit).

After a little bit of splashing and then getting lost in the beauty of everything that surrounded us and then a little more of the splashing, Rohan and I embarked on a little adventure of our own, along the banks of the stream. On our way to wherever the stream led us, we came across numerous settlements where houses were made out of straws and mud and the locks on their doors were made of an unspoken bond amongst the people and the trust that sparkled in their eyes and showed in their smile. We were really far away from home.

The stream finally led us to the main river. Gushing and crashing and ooh.. Rafts, followed by wails of joy. Rohan and I knew even without muttering as much as a sound we were going to do this!

Unsurprisingly enough, we set off for river the next day itself. On reaching, we were given a few instructions and before we knew it we were out on the waters, completely at mercy of mother nature. We were told to constantly paddle, slowly when the water is nice and fast when it gets rough. Our first rapid came into sight around a tricky bend. A lot of rocks under there I thought. Wouldn’t wanna fall off I thought too.

It was like trying to push over a really heavy blanket filled with wet mud or dig through rocks with a shovel. Our paddling seemed insignificant. One wrong move and we’d be out in the water, going along for the ride “feet first and hands behind our head” (hopefully not).

Those three hours were as exciting and exhilarating as they were harrowing, all leading to a fairly good amount of adrenaline in my blood.

No peeps, no sounds, not even dreams stood a chance

The river, the mountain and the songs of crickets had put me in a deep trance.

The next morning, waking up to the alarm of Kingfishers and Bulbuls, I felt alive. And really, really hungry :P

That was the day I started worshiping nature and all that it has in store. I felt tremendous respect towards the big mountains that lay in front of me, towards the microscopic beings to whom my fingernail is as big as Earth is to us. We are completely at mercy of this beautiful planet and I felt honored that somehow, somewhere I got to witness its work.

You know how there is always that one person who's always planning a trip and almost always failing to gather enough people to go forward with it? Well this time around this dog finally had his day. By the way, this dog is not me. Moving on, nevertheless.

Fast-forwarding through the 7 hour over-night bus ride and the little insignificant dhaba stopover where everyone is groggy from not sleeping yet sleeping with their eyes open. And of course, their toilets. The only reason the driver really makes the pit-stop. Let's face it.

Finally! We arrive at Rishikesh. And there lay, a few hundred metres in front of us, the river Ganga. Or Ganges as it's known. Making its way from Gangotri, pit-stopping (or rather waving at us and carrying on towards the Sundarban Delta) at Rishikesh where it fills its pockets with gold and diamond and ruby and all the tears that come with it. And on it goes. And it keeps going till that moment that its one with the ocean. Kinda like life if you think about it.

Emerging from our near hangover like state we entered Amrit Ganga Cafe in hopes of finding some good food. And good food we got. Kafuli, Gahat ke paranthe and Kumaoni raita to top it off. It was the best cure to our sluggish morning and we could finally completely appreciate the freshness of the air, the enormity of the river Ganga and the daily worship that followed with it.

After sifting through an endless line of cabs we came across one fairly reasonable. Onward we go, towards a supposed 'surprise'.

Going down a steep road we started steering towards a little camp site ourselves. Could this be? I've never been camping before but could this..

"Oh boy!" Serendipitously, I found the little kid in me again.

What are you looking for, young'un? 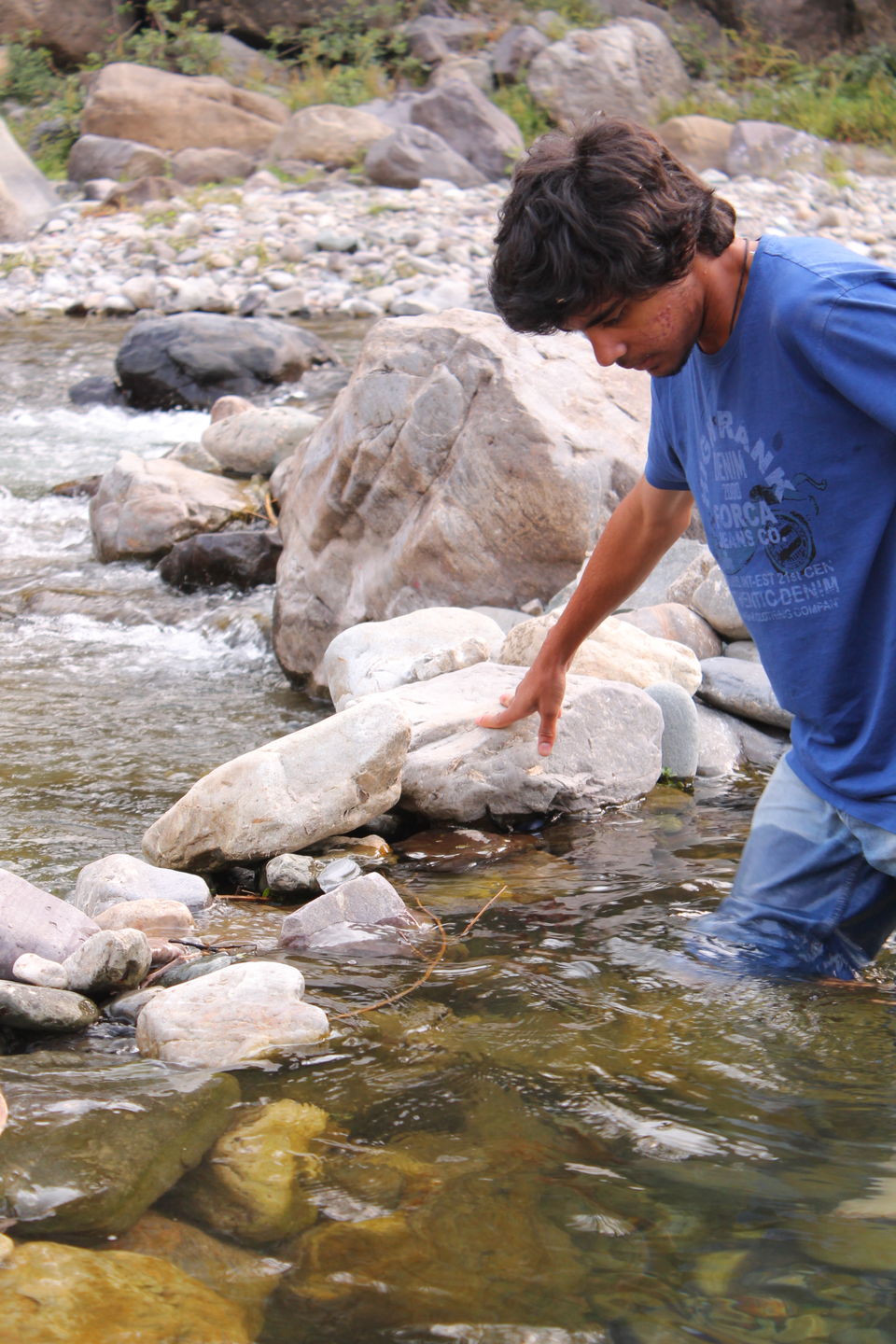