In The Lap Of The Gods: Vatican City

I do not consider myself an exceptionally religious person, I believe in agnosticism for all intents and purposes. However, irrespective of whether you are an atheist, agnostic or devotedly pious, you must not miss an opportunity to visit the Vatican. And it is not just about the Gods, the world's smallest sovereign state is also about the many marvels of artistic prowess. The seat of the Catholic world and home to the contemporary and probably the most outspoken and liberal Popes of all time, the Vatican City outshines all other independent states in the world, just the way the elegantly dressed Swiss Security Guards serving Pope Francis will outshine you.

The square in all its glory is grand and never-ending, adorned in the centre by the St Peter's Basilica and its capacious dome, a colossal Obelisk and Tuscan colonnades which seem to form an embrace of sorts. The basilica then reminds you of how tiny and fragile human beings really are and how a supreme power, albeit unknown, commands us. And then both the Sistine Chapel and St Peter's Basilica illustrate the fact that God can often be a little too partial, that (s)he can bestow one person in particular with skills that a thousand people would otherwise collectively possess. And in this case, that favourite was Michelangelo. Once you step outside San Pietro, the Vatican looks like any other European metropolitan with noisy traffic, eyes glued to fancy phones, modern cafes and designer boutiques. I have honestly never witnessed a better, more fitting confluence of cultural heritage and contemporaneity. Do take a little trip to the Vatican, you will definitely leave with the memory of being in the lap of the Gods.

Top Tip:
As soon as you step out of the metro station and start making your way towards St. Peter's Square (it is an 800 metre walk), you will be approached by a number of tour guides offering you an all-inclusive guided tour of The Vatican Museums, Sistine Chapel and St. Peter's Basilica. They will ask for around 70 Euros and are extremely persuasive so put your foot down and vehemently refuse their offers because the information they provide is very basic and that does not even include St. Peter's Basilica. They will simply make you brush past galleries inside the museum and every guide takes around ten to fifteen people in their group and are often multilingual, explaining the same thing to English, French and Russian speakers, thereby wasting a lot of your time. Additionally, there is no need to queue outside St. Peter's Basilica as once you are done seeing the Vatican Museums and the Sistine Chapel, you will invariably come out to the Basilica. Do a lot of reading in advance and make a little note of all the things you particularly want to see, especially in the Vatican Museum so that you can spend a good amount of time looking around and not get baffled by the crowds and the large number of things on display.

The site where the Papal Conclave meets in order to elect the Pope, this 15th Century Chapel is probably the most popular attraction in Vatican City. Home to Michelangelo's masterpiece 'The Last Judgement' and several ceiling frescoes, you get into this house of wonder after a long walk through the galleries of the museums and a dozen security guards will work hard to keep you from clicking any pictures. The nine frescoes depict God's Creation, the tale of Adam and Eve, the Fall and the plight of Noah. The Last Judgement (Giudizio Universale) on the west wall illustrating Christ passing his sentence over dead souls stands out in every way possible. And no, Michelangelo did not paint the ceiling while lying on his back. That is merely a myth. Interestingly, there are stories about how Michelangelo was an artist who refused to conform to the norms of his time. When the Papal officials complained about the existence of nudity in the frescoes on the ceiling of the Sistine Chapel, Michelangelo painted the Gates of Hell behind the pulpit where the Pope delivers his Mass and portrayed several saints as foolish and in compromising positions. Now that's some form of revenge. Getting there: The Sistine Chapel is located inside the Vatican Museums and the entry comes for about 16 Euros. They are open from 9am to 6pm with 4pm being the last admission. Additionally, entry is free on the last Sunday of the month. The queues can be long so book your tickets online if you are in a bit of a hurry. There are several galleries to see in the museums with the Chapel being the final stop, after which you proceed to St. Peter's Basilica. Photography, as mentioned above, is prohibited, but nobody can stop you from gazing at the ceiling in amazement for as long as you like, although the crowd could be a bit of a deterrent. You could take the Metro to 'Ottaviano-San Pietro' which is on the A Line of the Rome Metropolitan and your journey to the Vatican and back should cost you 3 Euros. Beware of pickpockets. The museums are located 900 metres from the station and noon is the best time to visit. What is possibly the most breath-taking and extraordinarily huge church in Italy, St. Peter's Basilica can draw up to 20,000 visitors every single day and for some very obvious reasons. This church is home not only to the great bronze Baldachin sculpted by Bernini, but also to two of Michelangelo's creations - his symbolic Pieta that also contains his signature and his greatest achievement as an artist, the 119 metre dome of the Basilica. Also a burial place for Popes including St. Peter, this basilica is capable of making you feel like an ant inside a King's palace. A tiny lift can take you 320 steps away from the dome and you are expected to dress 'appropriately', making sure your shoulders and knees are covered. Both the interior and the facade are equally magnificent and I personally find it very difficult to choose one over the other. Getting there: Entry to St. Peter's Basilica is absolutely free and the admission is from 7am to 7pm from April to September and 6:30pm from October to March. Do not queue outside St. Peter's Basilica as it will be a sheer wastage of your time. See the Vatican Museums and the Sistine Chapel first as you will come out to the Basilica once you are done. You could take the Metro to 'Ottaviano-San Pietro' which is on the A Line of the Rome Metropolitan and your journey to the Vatican and back should cost you 3 Euros. Beware of pickpockets. The Basilica is located on St. Peter's Square, 800 metres from the station and noon is the best time to visit. 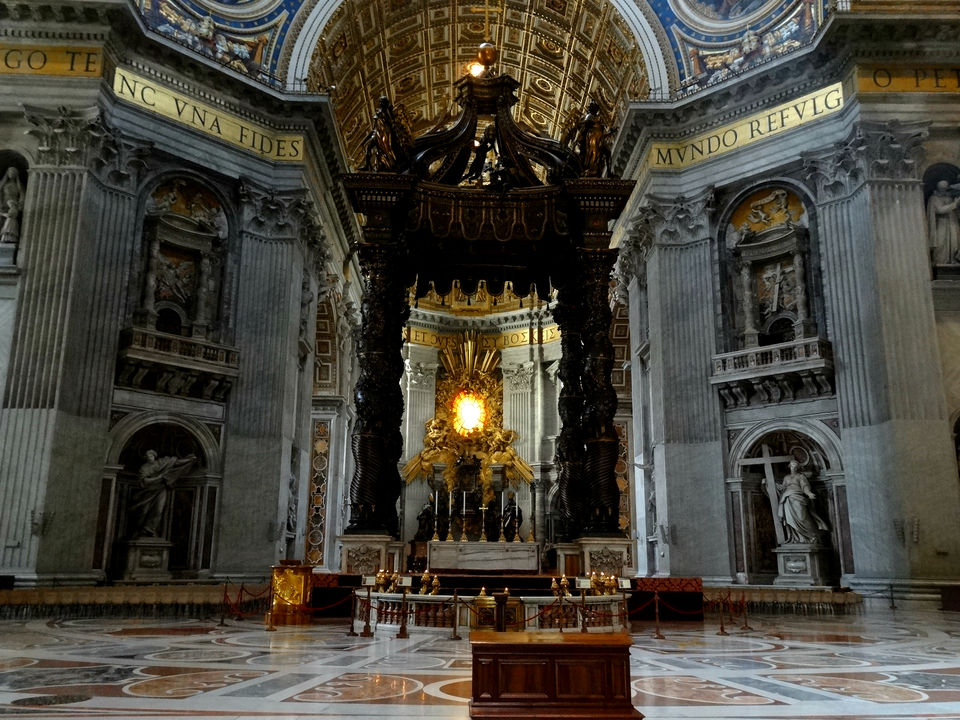 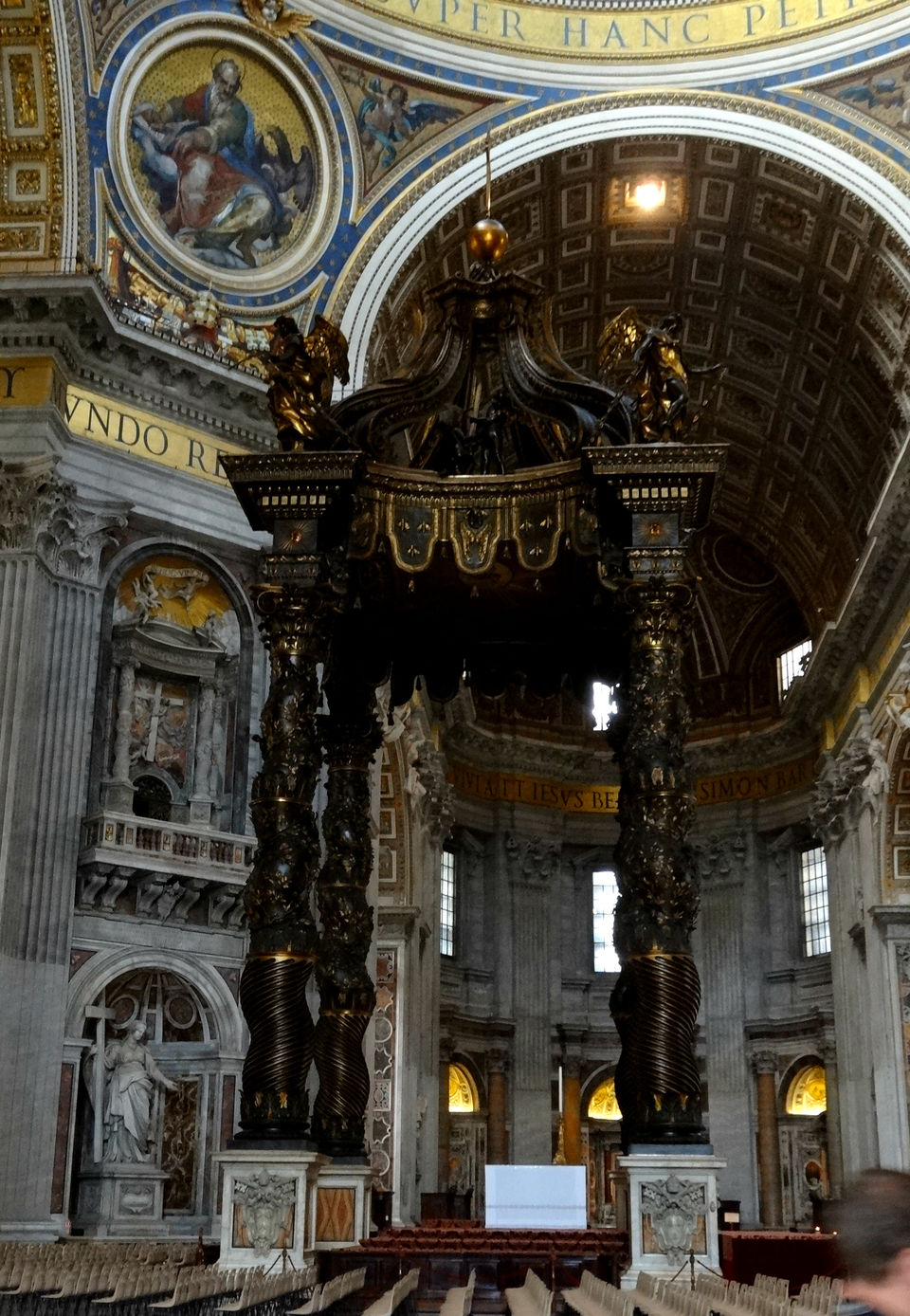 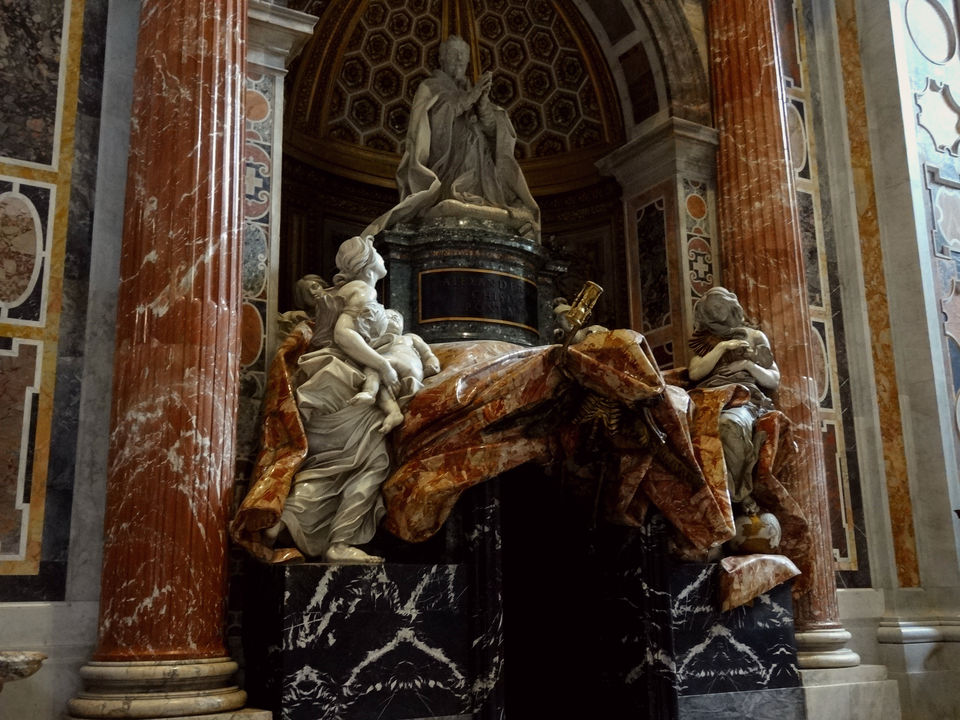 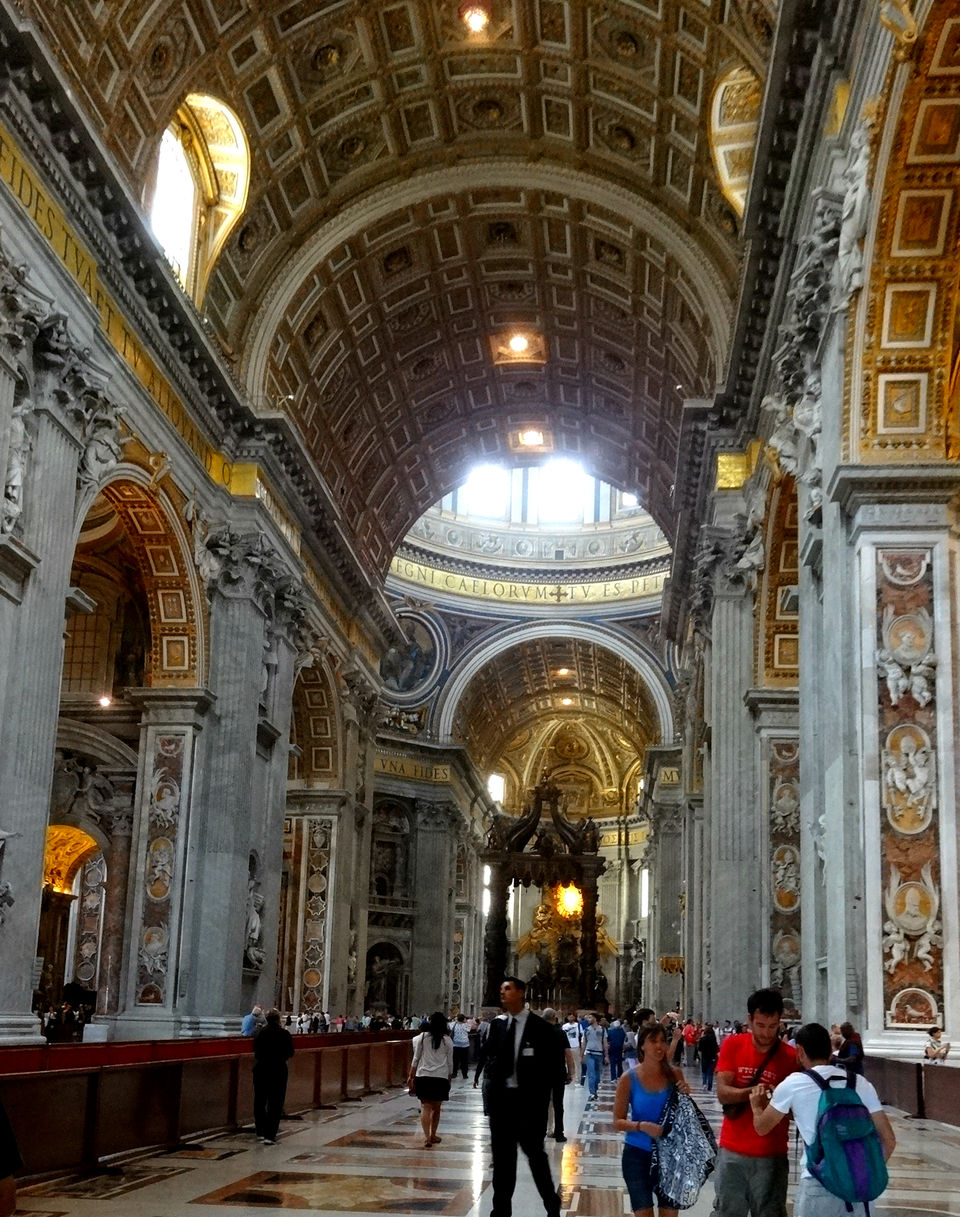 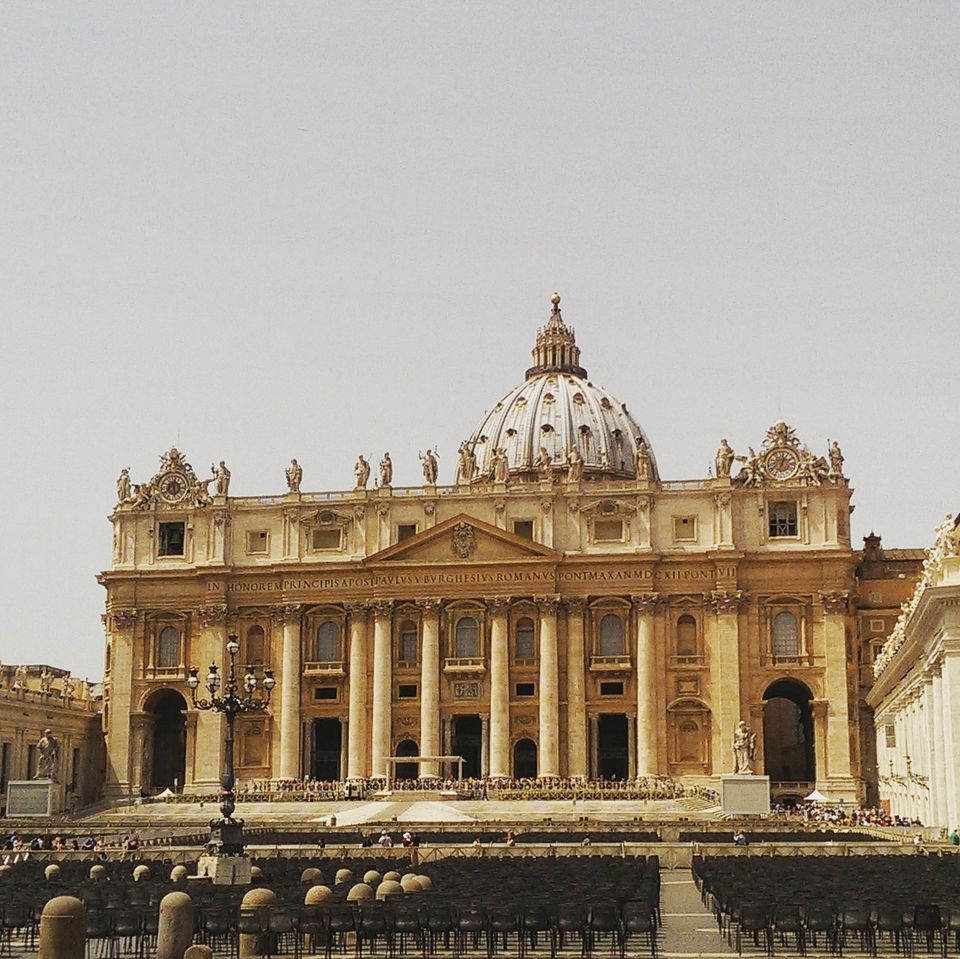 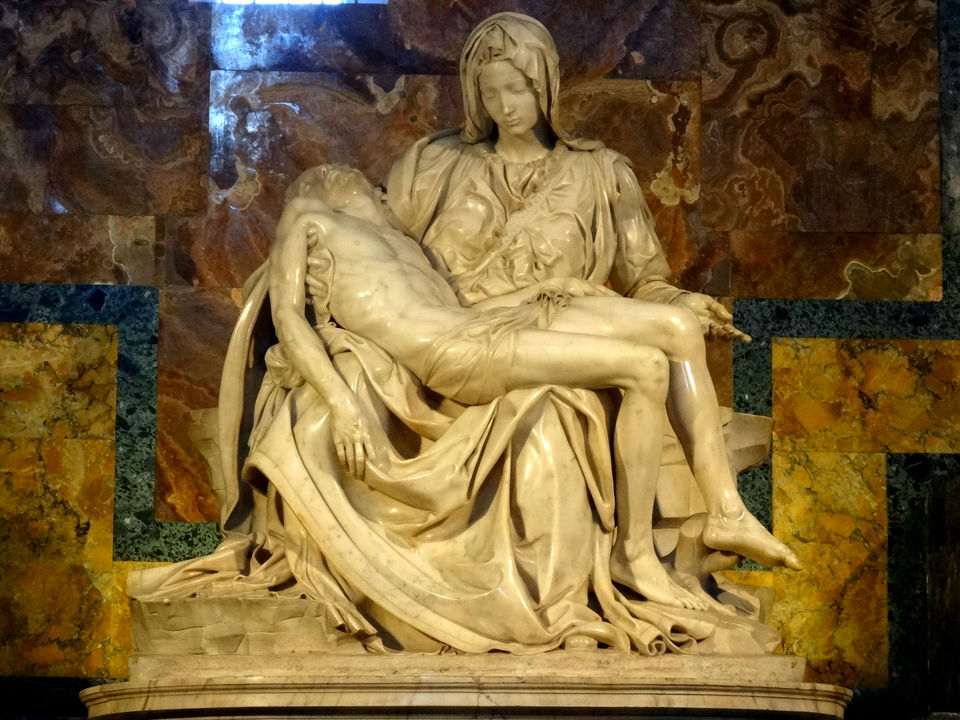 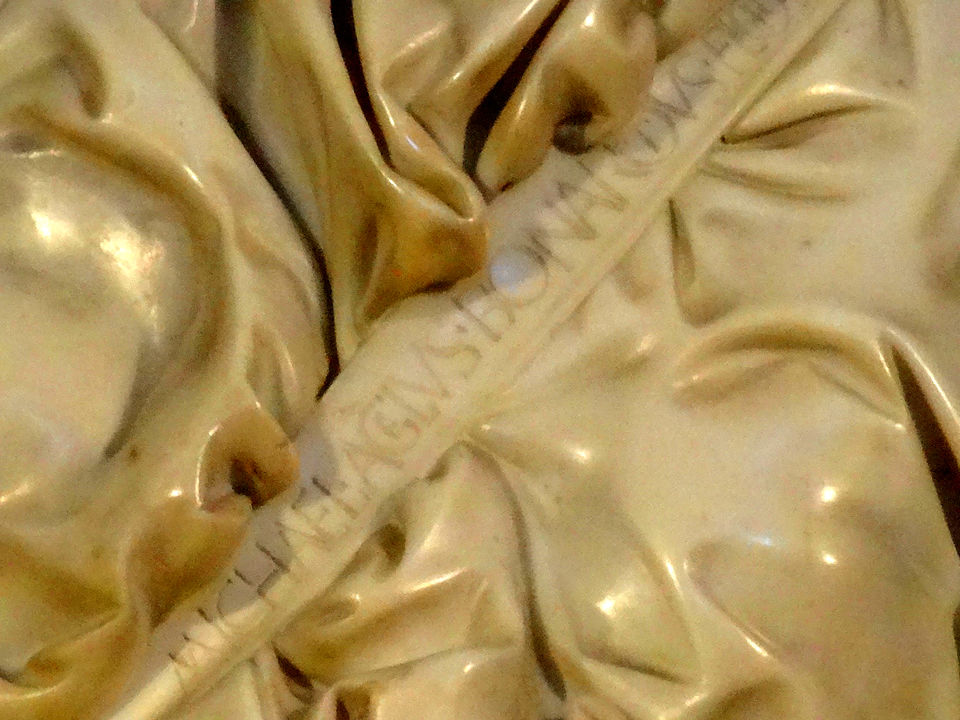 If the term 'rich' can be attributed to museums, it probably is because of the existence of the Vatican Museums. Home to the greatest collection of art in the world, the Vatican Museums, founded by the 16th Century Pope Julius II and expanded by his successors, are gold mines in their own right. The exhibits that include several galleries (about 50), halls and three courtyards, extend up to 7 kilometres and house several works of Michelangelo and Raphael. The displays range from the most exquisite paintings to ceiling frescoes inside the Sistine Chapel and even Egyptian mummies. Getting There: Entry to the Vatican Museums comes for about 16 Euros and after a lot of frisking courtesy the security, you are handed your audio guides which come for a price of 7 Euros and are highly recommended. The queues can be long so book your tickets online if you are in a hurry. The museums are open from 9am to 6pm with 4pm being the last admission. Additionally, entry is free on the last Sunday of the month. As previously stated, there are several galleries to see in the museums and there is only one direction that everybody follows so do not be intimidated, you will not get lost. You could take the Metro to 'Ottaviano-San Pietro' which is on the A Line of the Rome Metropolitan and your journey to the Vatican and back should cost you 3 Euros. Beware of pickpockets. The museums are located 900 metres from the station and noon is the best time to visit. 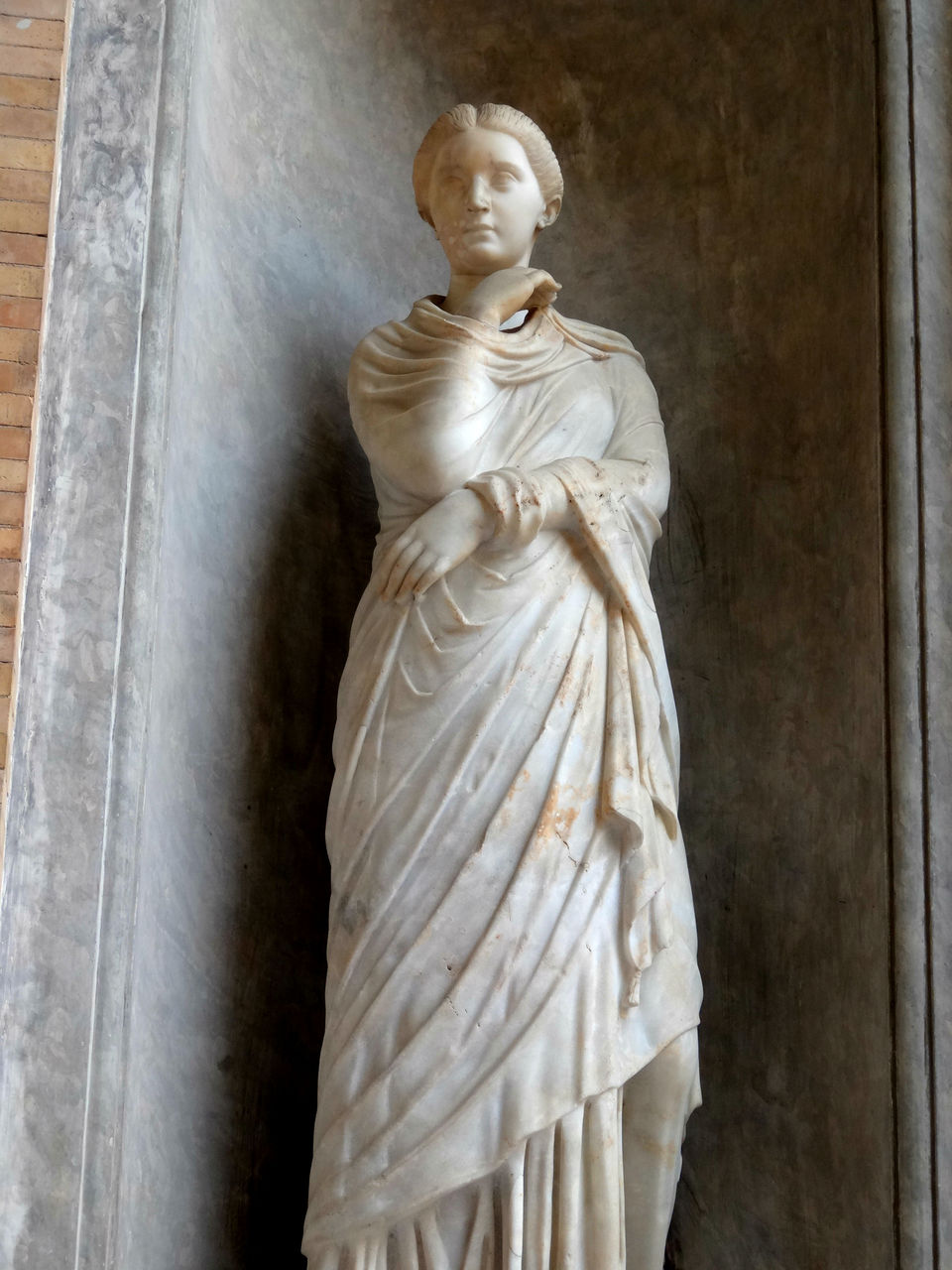 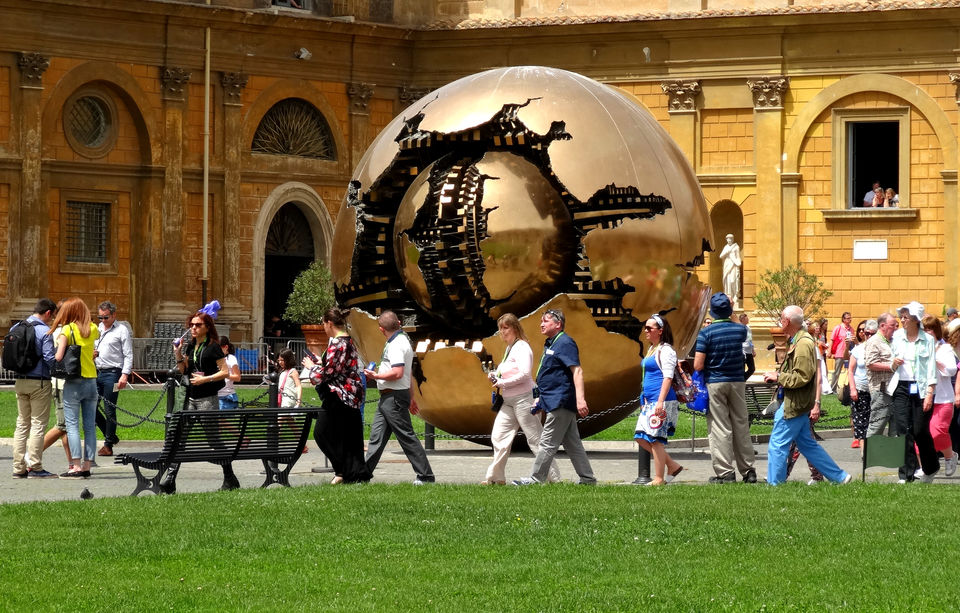 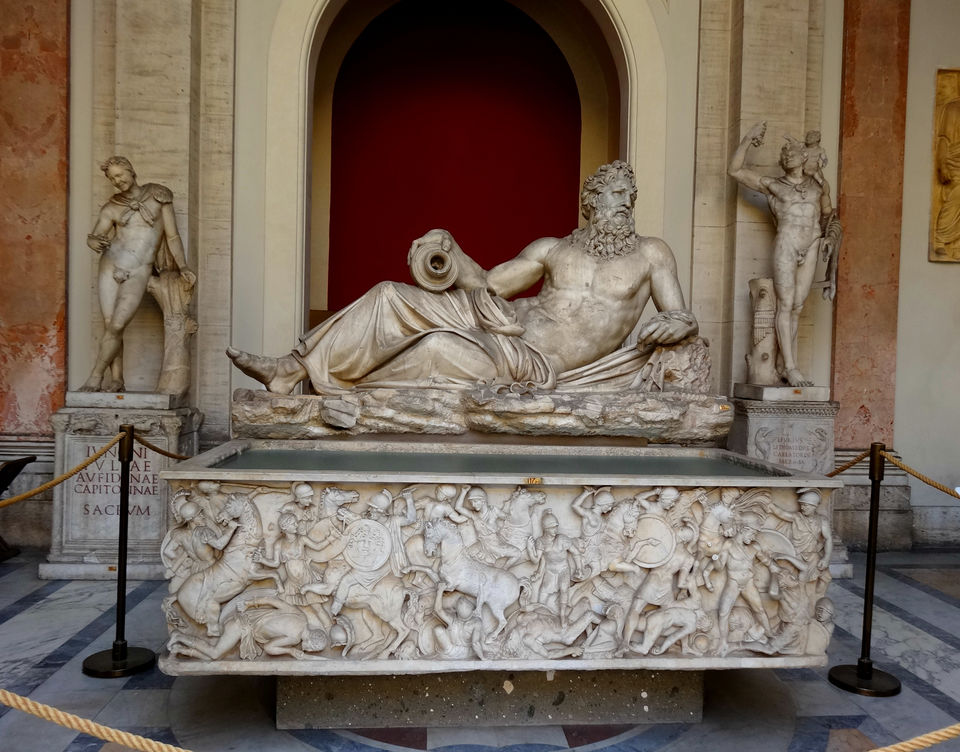 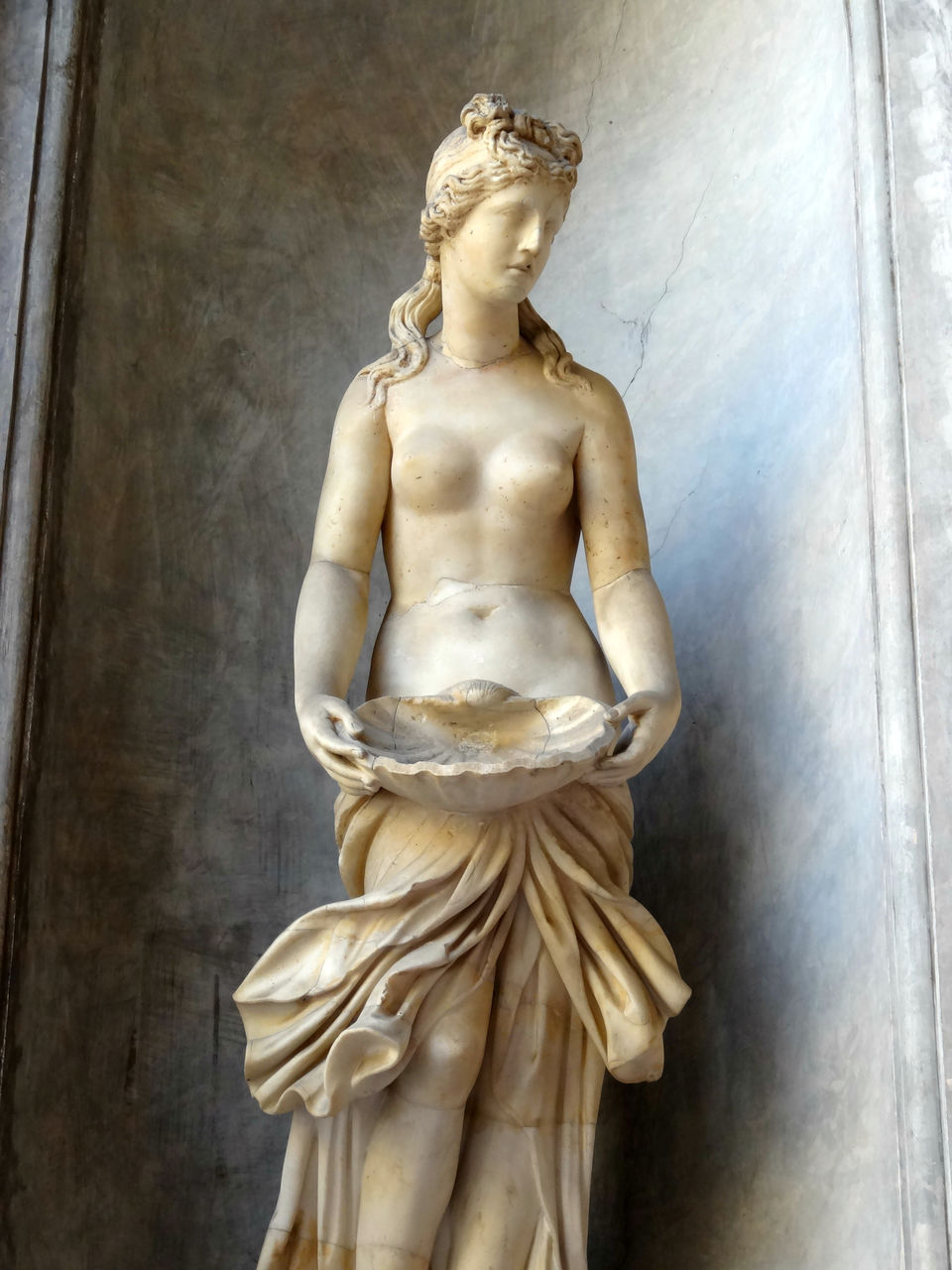 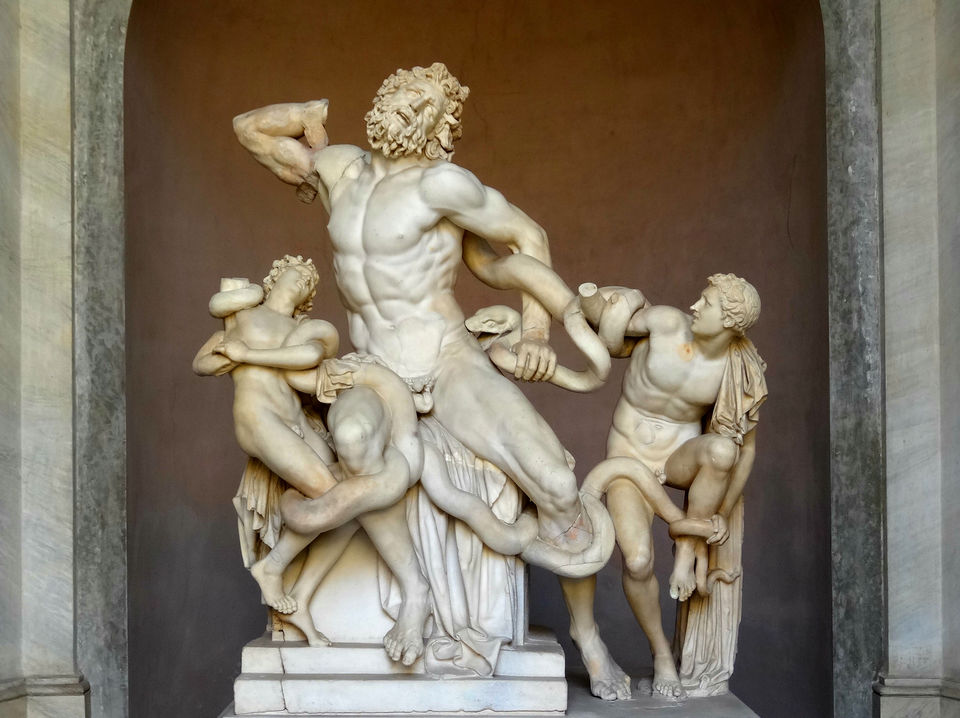 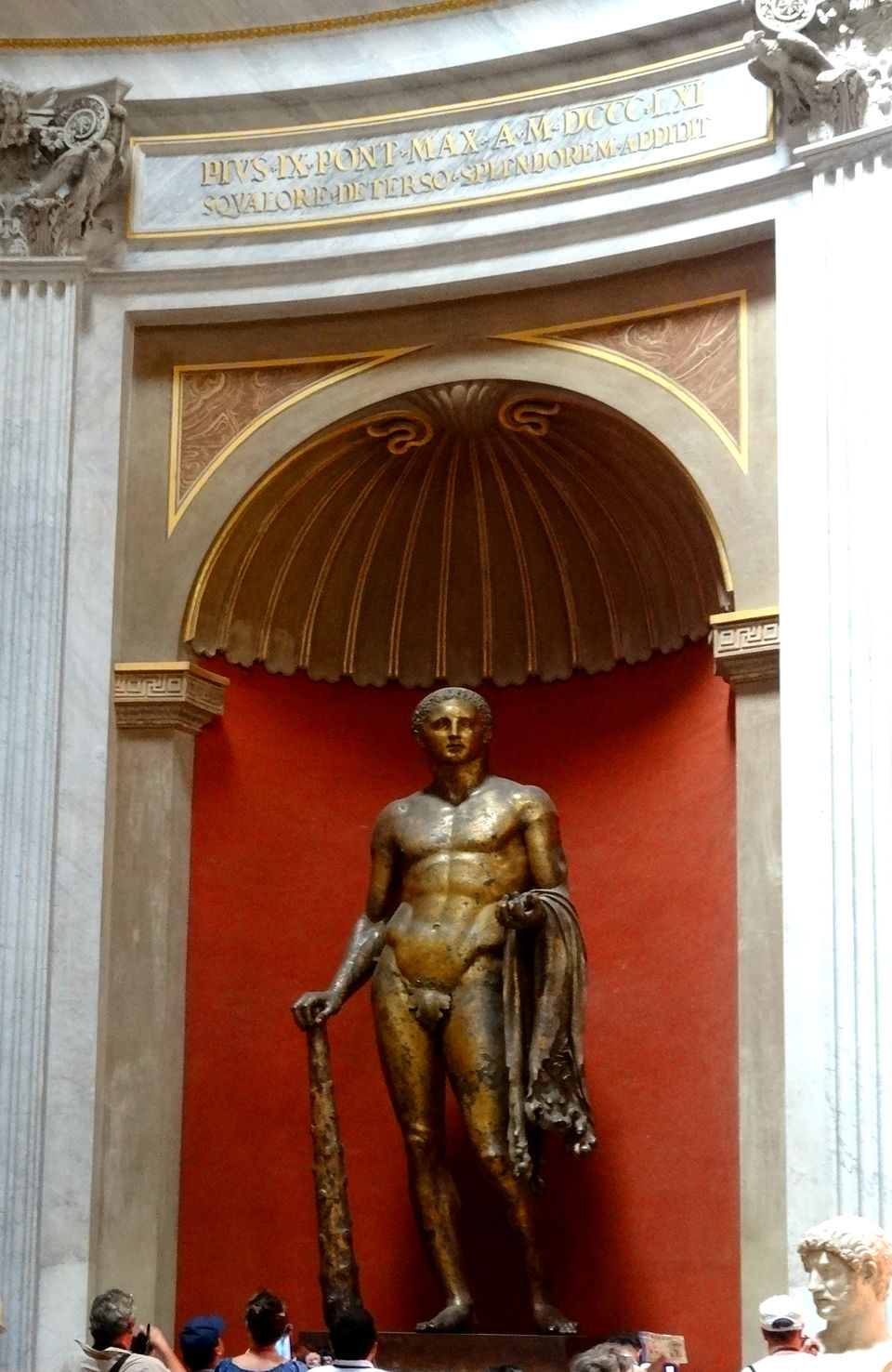 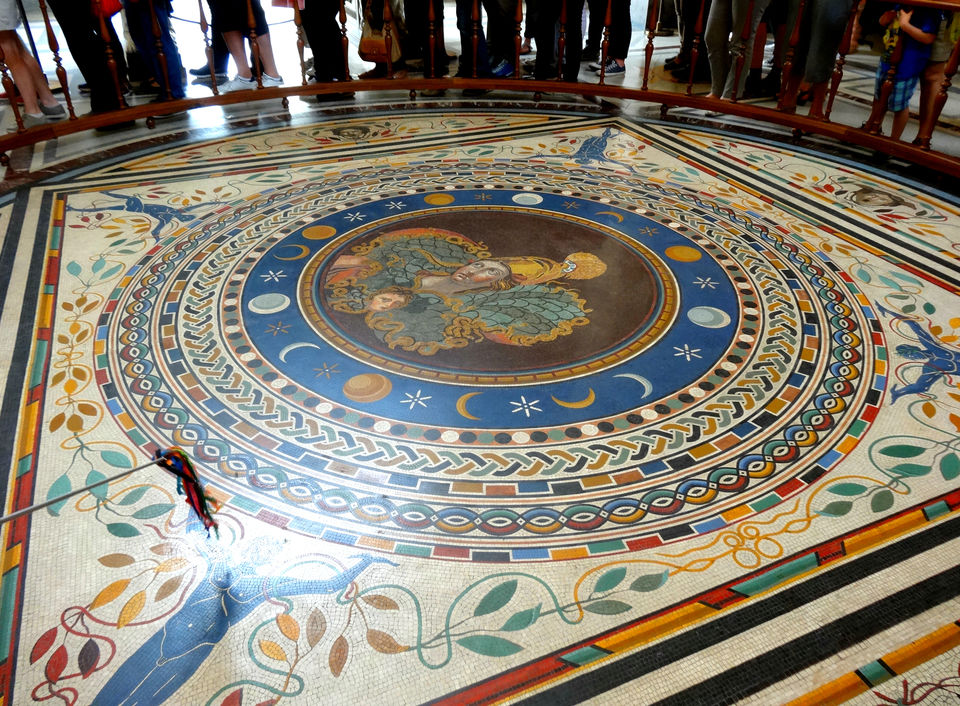 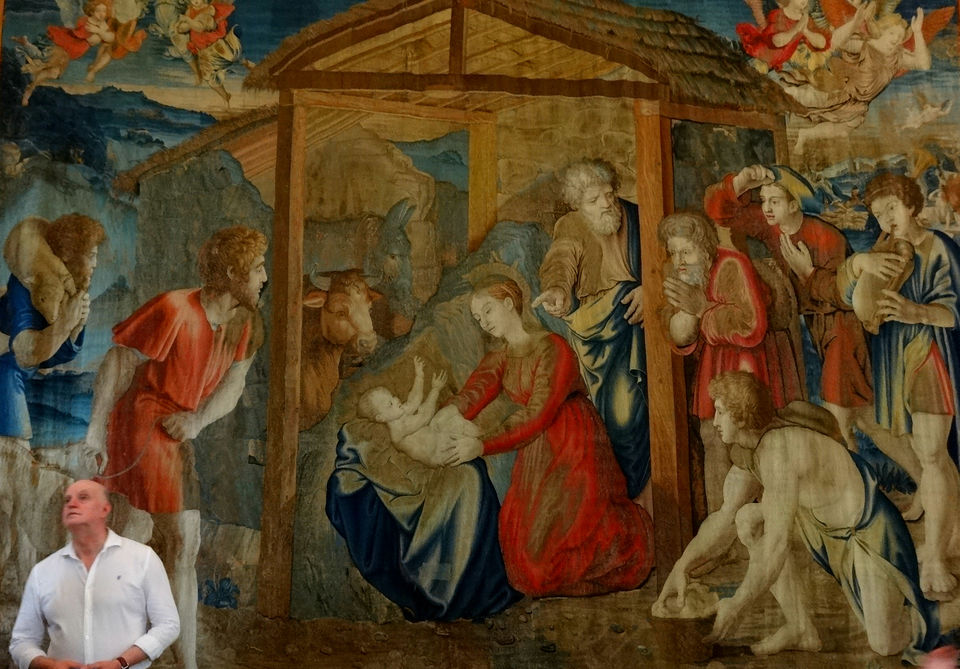 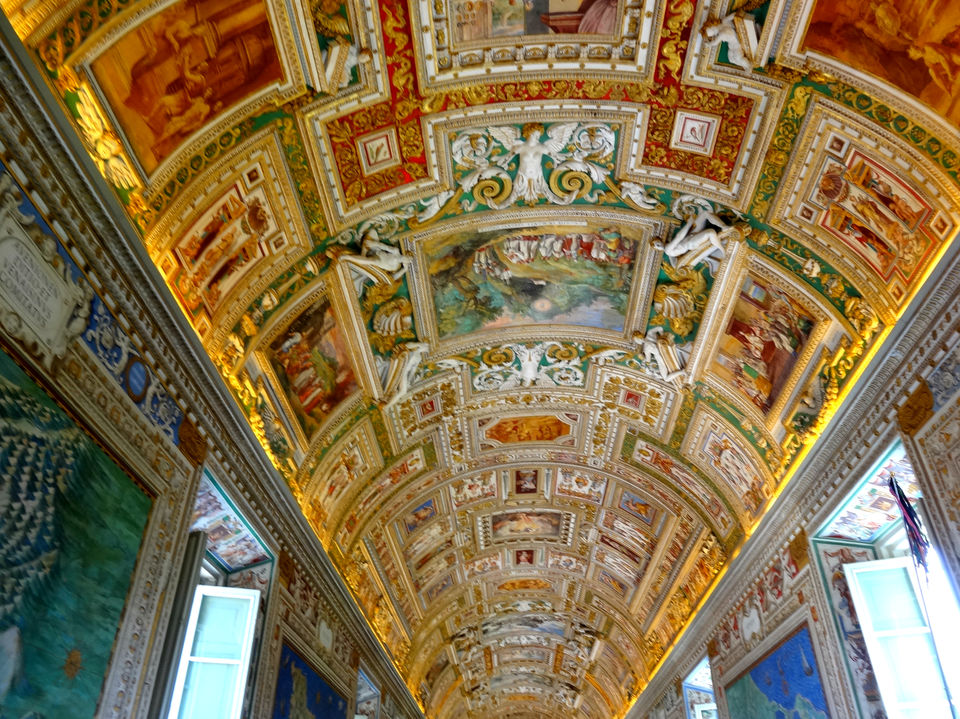 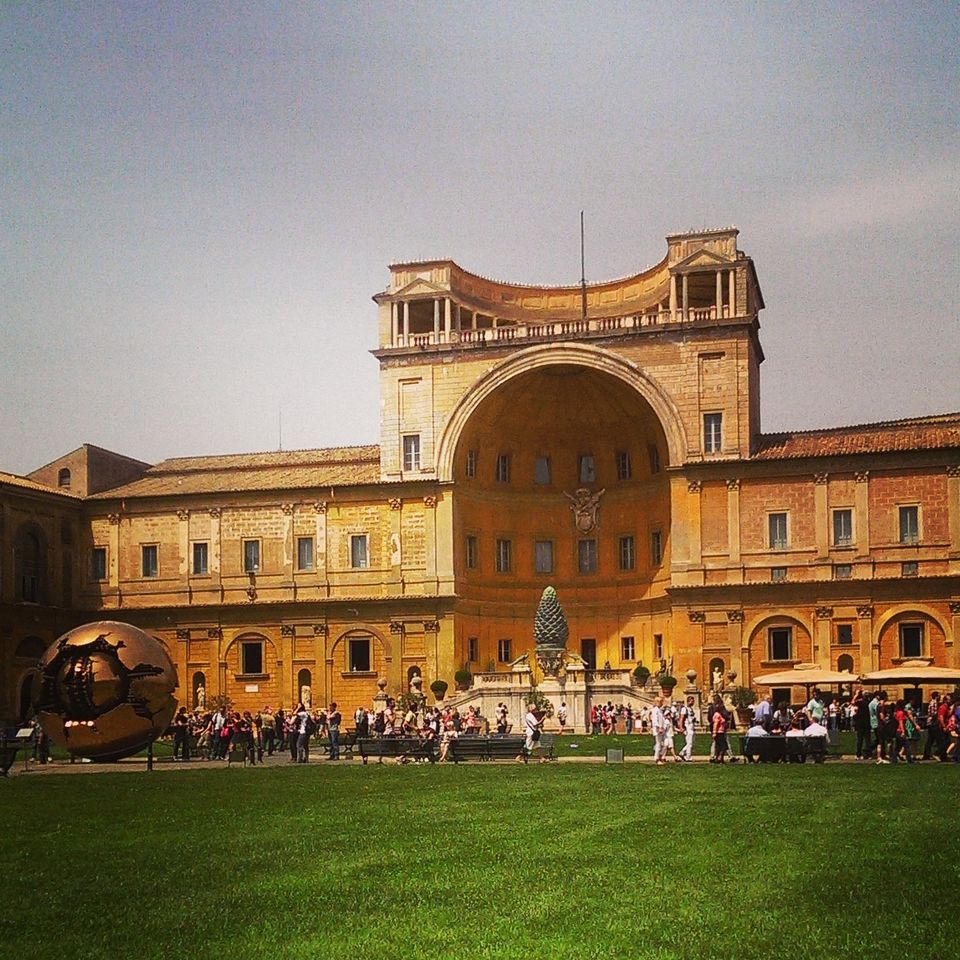 Designed by the extremely popular Baroque artist Bernini, the iconic St. Peter's Square is where the Pope greets and blesses the crowd every Sunday noon. A bird's-eye view of the Piazza San Pietro will remind you of a giant keyhole and its Obelisk, its pair of colonnades and St. Peter's Basilica as a matter of course, will remain conspicuous. Tuesdays and Thursdays are the best days to visit and the entry is obviously free of charge. Click a lot of pictures and listen to the locals being severely critical of the otherwise 'cool' Pope Francis. Also remember that you are literally in the heart of Jesus. Getting there: You could take the Metro to 'Ottaviano-San Pietro' which is on the A Line of the Rome Metropolitan and your journey to the Vatican and back should cost you 3 Euros. Beware of pickpockets. St. Peter's Square is 800 metres from the station and noon is the best time to visit. 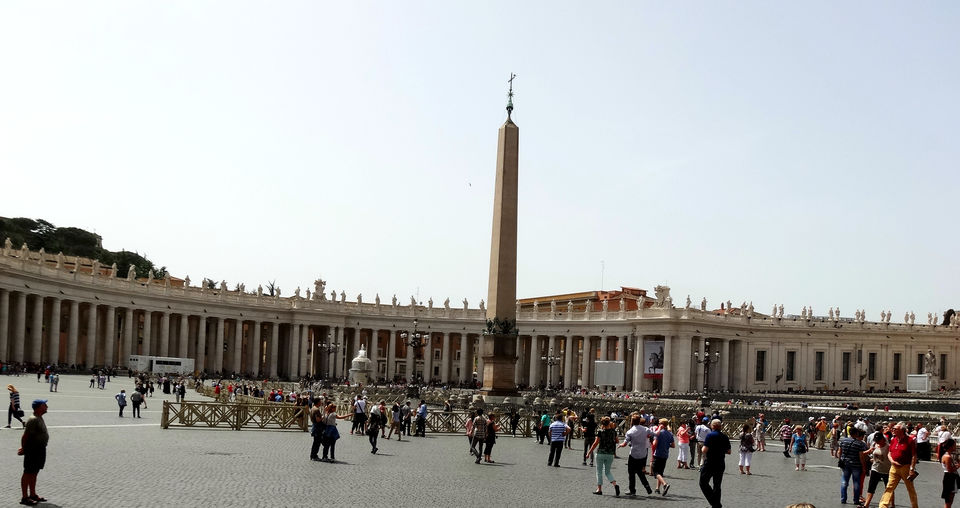 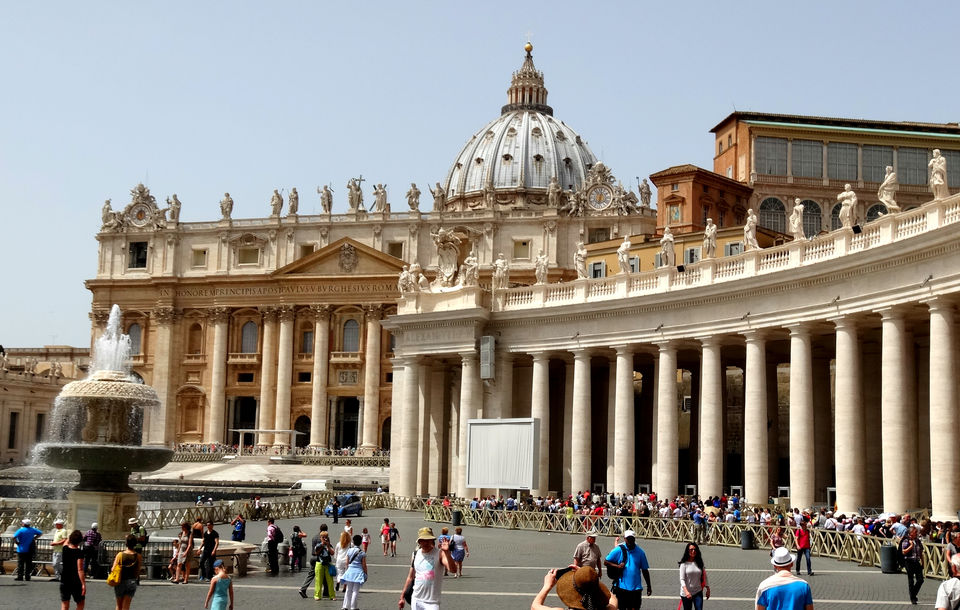 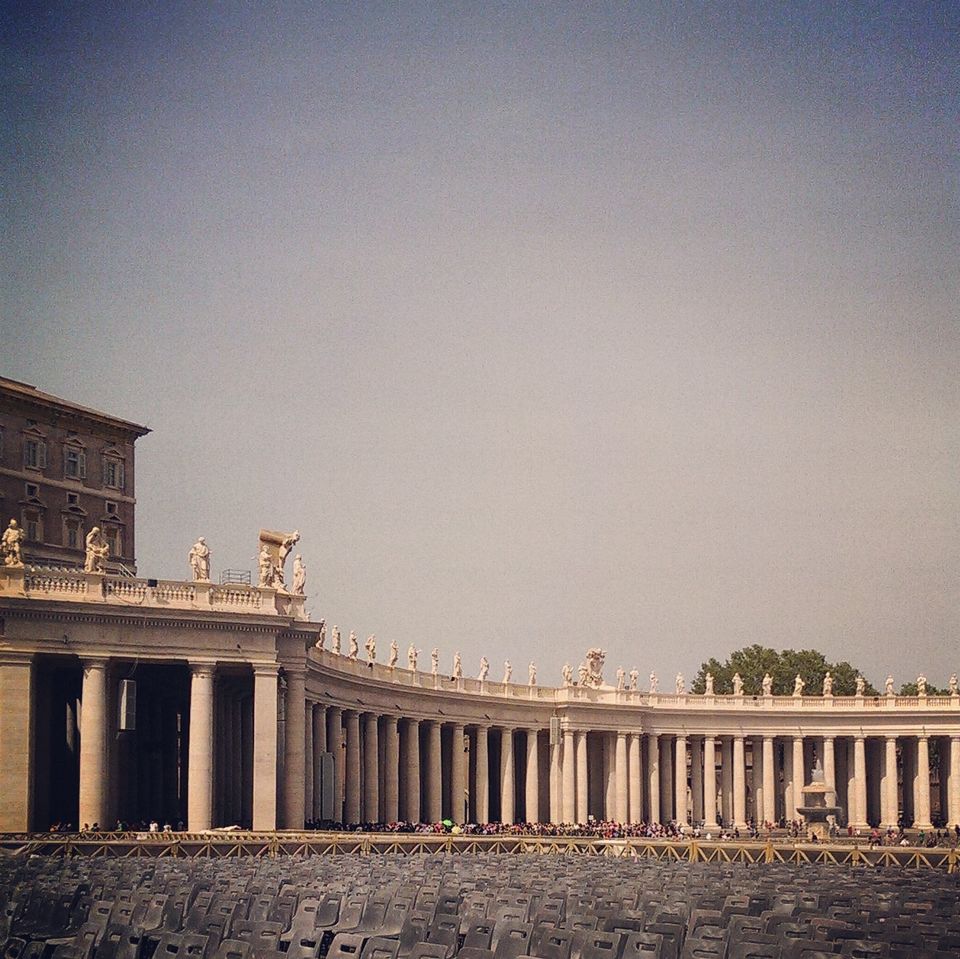