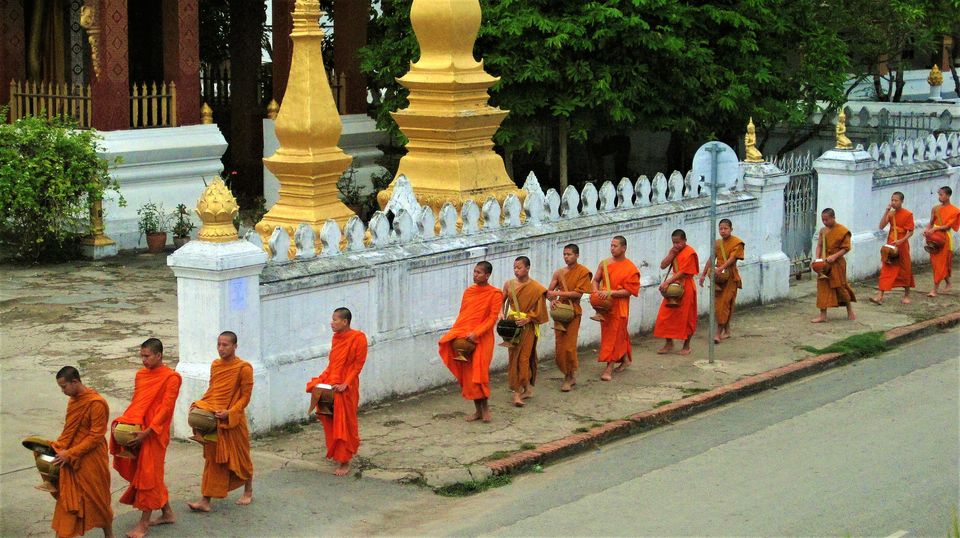 South East Asia has been a magnet for travelers since it was discovered by hippies in the sixties. It's easy to understand why. With its sublime beaches, ancient temples, colourful markets and dynamic cities, there is something for everyone. Additionally, it is one of the cheapest regions in the world to travel in.

We first visited South East Asia many years ago and have since returned on numerous occasions. We have covered a lot of ground over the years and have a wealth of great memories. It's tough to choose just ten spots from such a vast region and we have undoubtedly missed some incredible places. However, this article is written with first time visitors to South East Asia in mind. We hope you find our pick of 'Ten Highlights of South East Asia' both informative and inspiring.

Although it is always crowded, nothing can detract from the beauty of this sprawling temple complex. The Khmer Kingdom ruled the whole of South East Asia from the city until 1431, when it was invaded by Thailand. It wasn't until the 1860's that the city was rediscovered by the French.

Reclaimed by the jungle, nature has taken its course and tree roots twist their way round the ancient temples. Angkor Wat became even more popular after Lara Croft's Tomb Raider was filmed at Ta Prohm. It is, without doubt, one of the most awe-inspiring destinations on the planet.

The iconic images of the towering limestone islands of Halong Bay which we once gazed longingly at in travel magazines, were even more stunning in reality. The best way to see them is to take a cruise, preferably for at least a night or two. That way it is possible to escape the more crowded areas of the bay where day-trippers linger.

There are spectacular illuminated caves, beaches and fishing villages to explore from the traditional Vietnamese junk boats. Watching the sun sink over the bay was spectacular and probably one of the best sunsets we had ever witnessed.

Located on the Mekong River, this lovely UNESCO town has an abundance of Buddhist temples, crumbling French architecture and excellent cafes. The fact that Luang Prabang is surrounded by the beauty of magnificent mountains and waterfalls only adds to its appeal.

The daily alms ceremony takes place at dawn, when barefoot monks pad silently through the streets and collect alms of rice from kneeling locals and tourists. Luang Prabang has managed to retain its charm despite having become a popular tourist destination, and is the jewel in Laos's crown.

Sukhothai Heritage Park in Thailand is about three hundred miles north of Bangkok. The park is full of 13 th-14 th century temples, wats and statues. The best and most enjoyable way to explore is by bicycle, which we did over two days. The grounds are well-maintained and the central zone has a scenic lake, complete with lotus flowers.

Smaller than South East Asia's major sites, it's less crowded and has a more peaceful vibe. Adjacent to the park, there is a market which is a great place to sample some tasty Thai street food.

It's remote, but worth the journey to see the ferocious Komodo dragons! They can grow up to 10 feet long and weigh 150 pounds. Komodo Island was established as a national park in order to protect the dragons.

Not only can you see the pre-historic looking monsters, but snorkelling is excellent in the clear waters off the island. It's is a great opportunity to see turtles, clown fish and manta rays and is rated as one of the most unspoilt snorkelling spots in the world.

Bagan is another awesome temple site, a twenty-six mile area of over 4,000 temples. Visitors get around by bicycle, e-bikes or horse and carriage. The temples date back to the 13 th and 14 th centuries and are fascinating to explore. Many of the temples have a Buddha within their walls and the variety of styles is incredible.

There is nothing quite as magical as cycling along the dusty tracks of Bagan with a soundtrack of monk's chants in the background. Watching the sun go down from Shwesandaw pagoda is one of the most spectacular sights on the face of the earth.

Bangkok is one of the most invigorating cities in the world. Zooming around in a tuk-tuk, eating delicious street food and temple-hopping are all part of the Bangkok experience. Golden palaces and soaring temples dot the skyline and the city is rich in both history and culture.

Shopping opportunities are abundant. There's the vast weekend market of Chatuchak to the famous floating market. If brand names are more your style, check out the sleek and contemporary Siam Center. Additionally, nightlife in the city is legendary. The city has one of the most extensive and lively LGBTQ scenes in South East Asia. It's no wonder that the metropolis is not only a popular stop-over city, but a compelling destination in its own right.

Beaches of the Philippines

Everyone knows the beaches in Thailand are fabulous, but these days it's tough to find one that's not over-run with tourists. For a less crowded experience, The Philippines offers postcard perfect white sand beaches, secluded coves and pristine coral reefs.

With 7,107 islands, it's not too much of a challenge to find a secluded beach. From backpacker's cabanas to luxury hotels, you are bound to find your personal slice of paradise.

Sharing the island of Borneo with Sabah, Sarawak is Malaysia's largest state and a fantastic destination for wildlife watchers. With ten national parks, it's possible to see proboscis (big-nosed) monkeys at Bako and orangutans at Semenggoh.

A river trip to visit the longhouses of the Iban tribe is a unmissable and there are also great trekking opportunities. Kuching, the state capital is situated on the Sarawak river, a cute and chilled out city.

This enchanting town located on Thu Bon river is quintessentially Vietnamese. With Chinese temples, traditional merchant houses and canals, Hoi An is unbelievably picturesque. The winding streets are a joy to explore. Every every turn provides an iconic Vietnamese scene straight out of a National Geographic magazine.

Many of the streets are pedestrianized and there are an abundance of excellent restaurants and lovely craft shops to peruse. At night time, colourful lanterns glow throughout the town, creating a magical atmosphere.