Central Perk Singapore - The Only Official F.R.I.E.N.D.S Cafe Outside USA - The Global Passenger 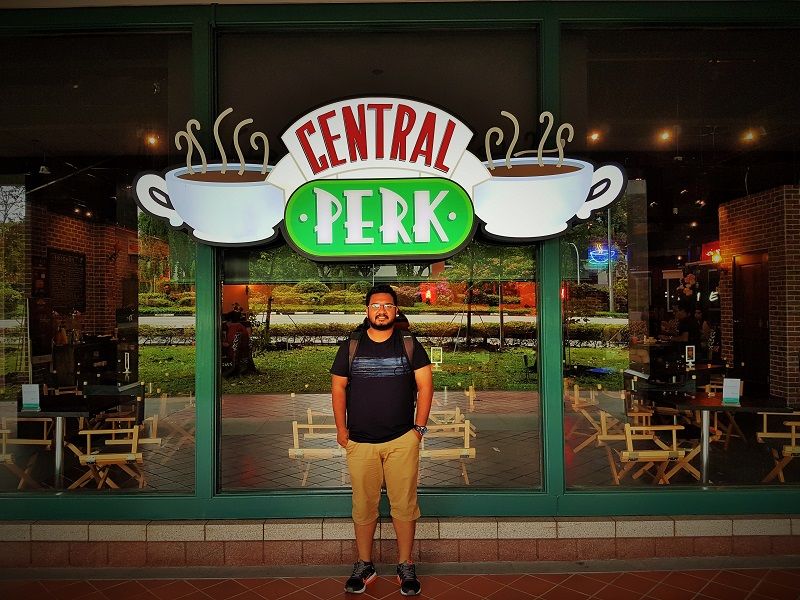 There are many things in F.R.I.E.N.D.S that no one can forget. Be it Monica's perfectly arranged apartment or Joey & Chandler's foosball table, which they had to break to save the duck and chicken. One more thing that's stuck in our minds is the CENTRAL PERK!

Do you remember that coffee shop with a huge orange couch; Gunther on the counter and endless scenes of the series, which were shot there? After F.R.I.E.N.D.S, everyone wishes to have a group of friends and a coffee shop like Central Perk.

Well, to fulfill the wishes of the people, there are various Central Perks around the globe. While most of them are the duplicates, the official ones are only in the United States. However, there's one more in Singapore. It is the only official Warner Brothers licensed Central Perk café outside of the United States.

Started in late 2016, this was like a dream come true for the people of Singapore.

A Guide to Central Perk Singapore

Whilst planning my Singapore visit, I stumbled upon an article, which mentioned the opening of the Central Perk in Singapore. Being a big foodie and F.R.I.E.N.D.S fan, I couldn't afford to miss this place.

I was so happy & excited to be at Central Perk. I visited it in the afternoon on a weekday and hence, it was almost empty with only a few people in the cafe. As you enter, you can see various setups from the show. 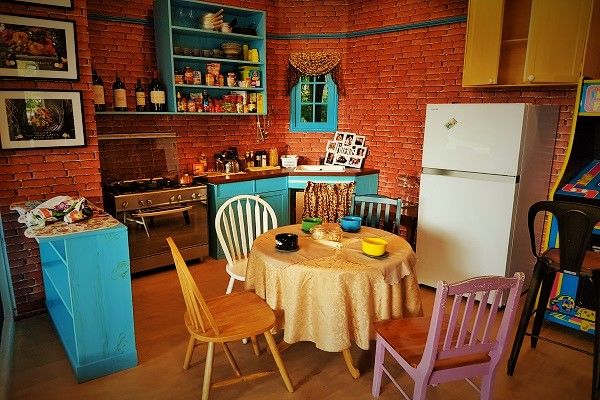 Joey & Chandler's foosball table and dog, their cupboard where sits the 'hugsy', 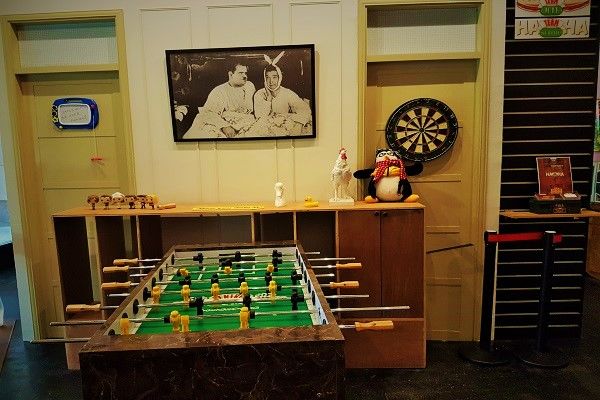 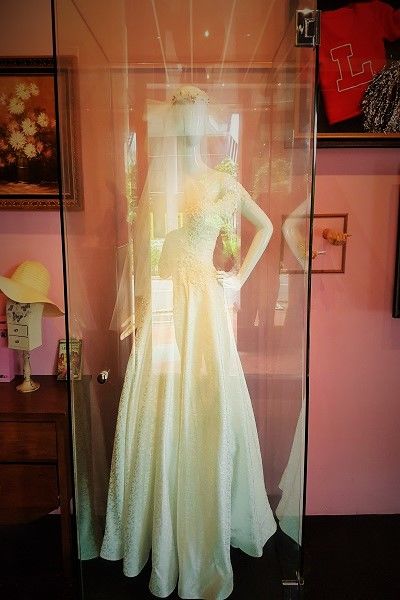 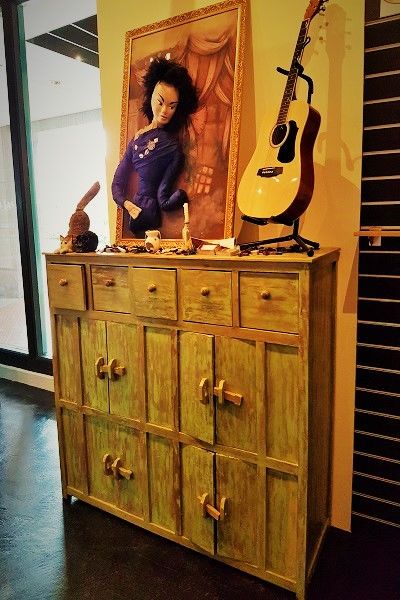 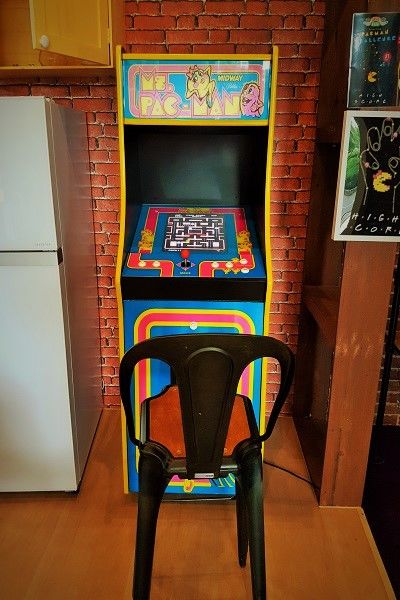 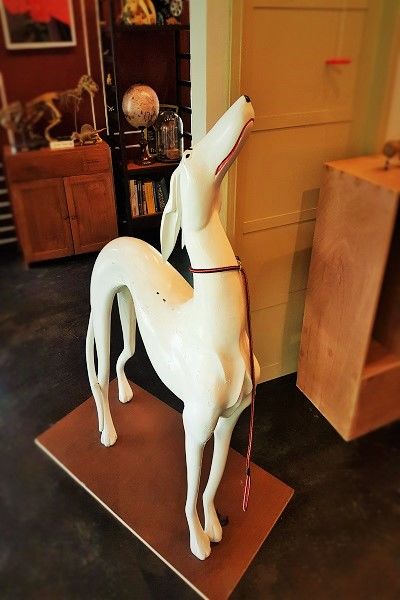 So, this was the area where they've set up the homes. Let's move to the cafe area

The other part features the complete Central Perk experience. The same big orange couch, where six friends used to meet every day, the same counter where Gunther and Rachel served coffee to the guests and the remaining seating area resembles the café.

Here is a glimpse 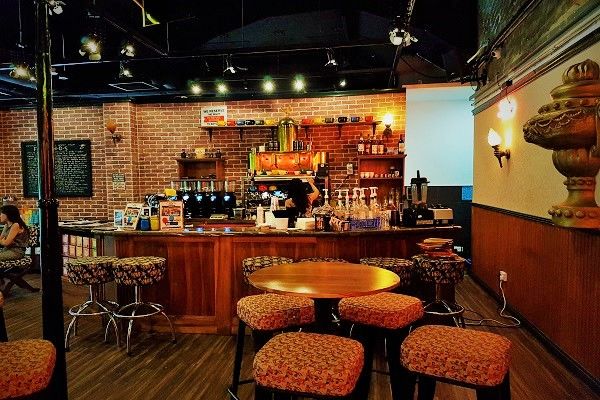 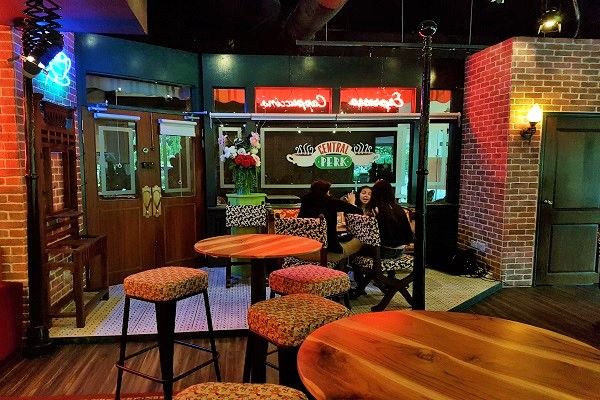 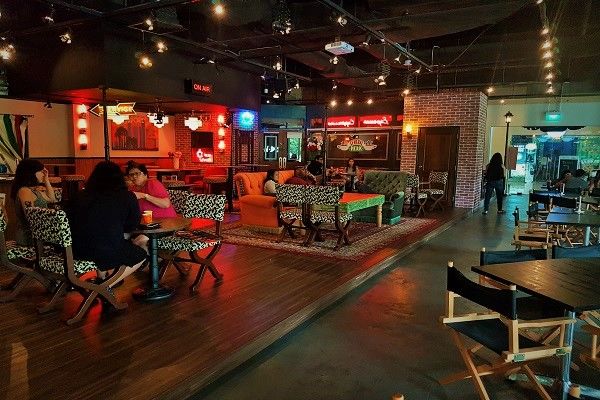 The Central Perk Singapore plays the episodes from the sitcom throughout the day on a projector. Hence, you can enjoy watching the show whilst you enjoy your coffee at the café. 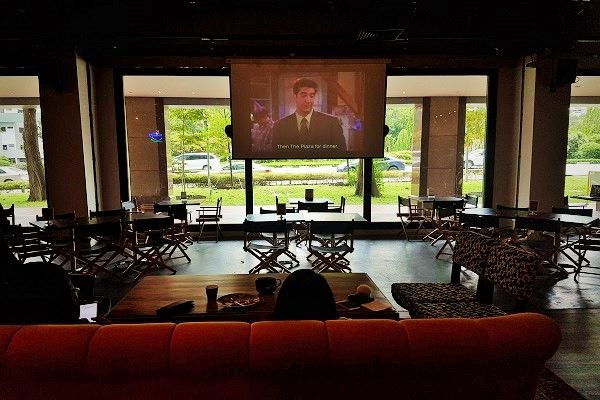 Now is the time for the very famous "The Orange Couch..." 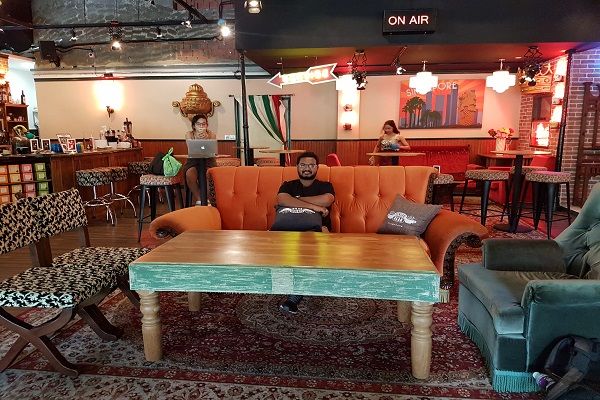 This is the place, which is never empty. It was my good luck that I found it empty just before leaving the cafe and used the opportunity to take a click.

The Menu at Central Perk Singapore

Now comes the most important part - the food & drinks at Central Perk Singapore.

The menu has everything you can wish for. From signature coffees (iced or hot), juices & teas to pizzas, pasta, and desserts. 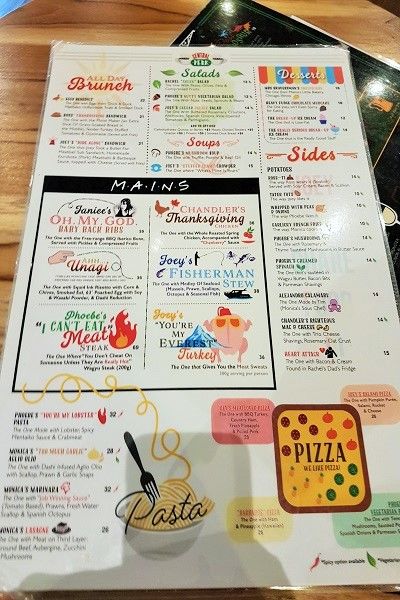 All the dishes are named after the cast of F.R.I.E.N.D.S with its description. Though I didn't eat anything because I had a delicious lunch at Annalakshmi Restaurant, which is just 300 meters from Central Perk, but I had a cappuccino. 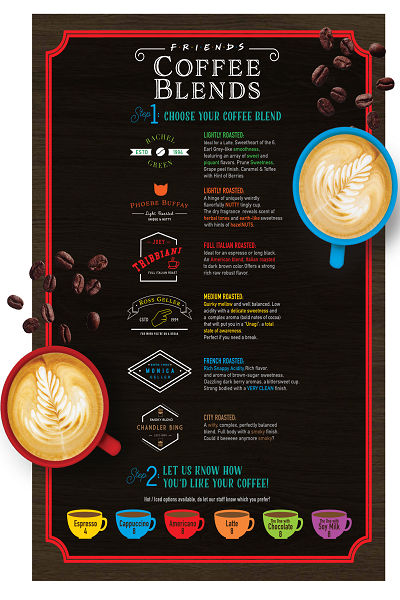 It was the Rachel Green Coffee Blend Cappuccino, which looked something like this: 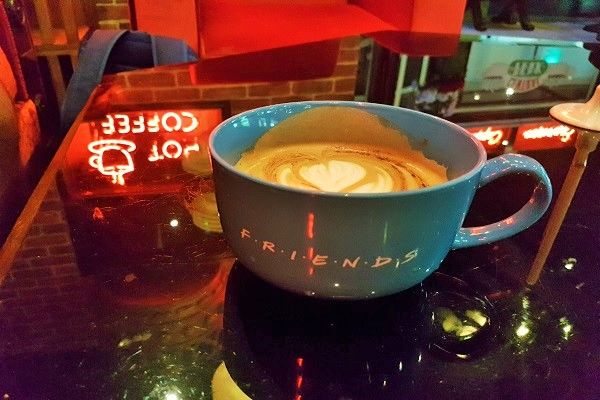 The dishes & drinks are a little overpriced but visiting Central Perk is one of a kind experience in Singapore. If you're a true F.R.I.E.N.D.S fan, you CANNOT say NO to Central Perk. 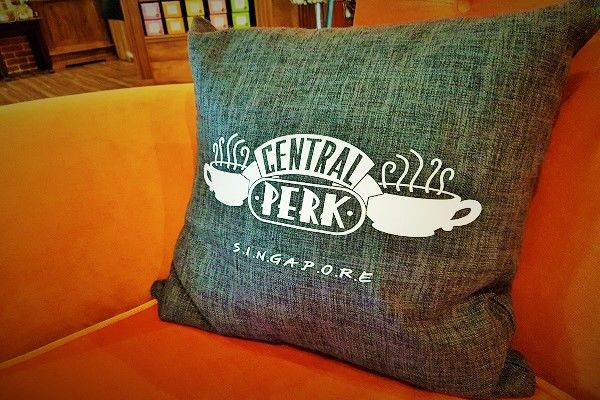 So, this was my visit to Central Perk Singapore. Please let me know in comments if you have any suggestions regarding the same. ????

SPONSORED
Want to book a similar trip?
I accept the Terms of Use and Privacy Policy of Tripoto.
SPONSORED
Related to this article
Places to Visit in Singapore,Weekend Getaways from Singapore,Places to Stay in Singapore,Things to Do in Singapore,Singapore Travel Guide,
Tagged:
#Singapore#cafe#dining